All of the race action from the Nations Cup Regional Finals (Europe/Middle East/...

These 36 Competitors from the 2020 Nations Cup Online Series Are Moving on to the Online Regional Finals!

The FIA GT Championships 2020 Series: Putting it all on the line in the Online Regional Finals and Online World Finals! 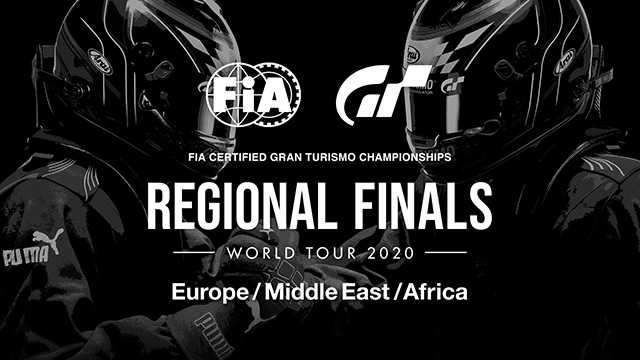 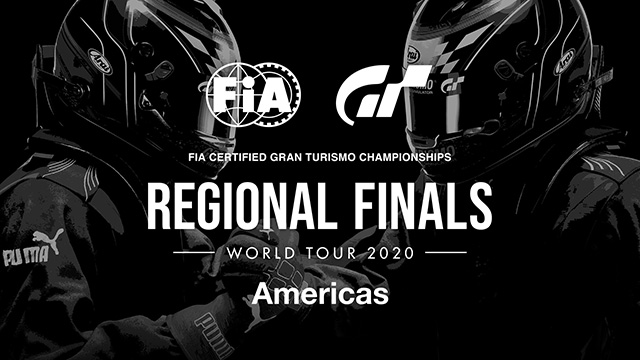 Regional Finals | Finals | Americas
18:00 (CET) YouTube Premiere broadcast
The URL of the program will be announced at a later date. 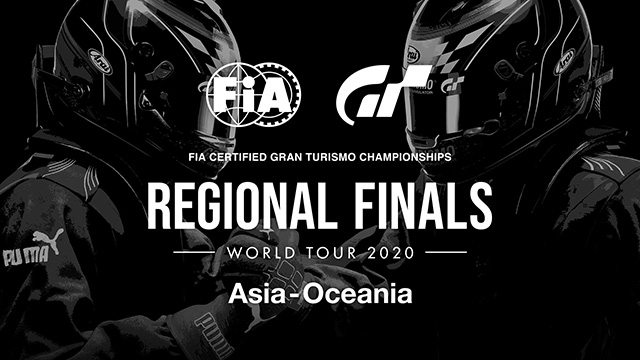 Regional Finals | Finals | Asia-Oceania
14:00 (CET) YouTube Premiere broadcast
The URL of the program will be announced at a later date.

Since its inception as an official FIA-certified event, the FIA Gran Turismo Championships has consistently provided race fans with plenty of spectacular battles and edge-of-your-seat excitement. Now in its third year, the format of the event had to be altered in lieu of the global COVID-19 pandemic, which has resulted in more than 30 races in the span of four months. Yet, in a test of sheer perseverance, a champion is about to be crowned in this truly unusual and challenging season.

Two events will ultimately decide the winners of the "FIA Gran Turismo Championships" 2020 Series; they are the Regional Finals and the World Finals, both of which will be contested completely online.

The Nations Cup Regional Finals - the regions consisting of Europe/Middle East/Africa, the Americas, and Asia-Oceania - will determine the competitors advancing to the Nations Cup World Finals. The World Finals will determine the best of the best, as winners from "World Tour 2020 - Sydney" and the 2020 Online Series, which were held from April to August, battle it out for the grand prize.

The "GR Supra GT Cup 2020" Finals, the global one-make series in its second year, will also be held.

Each event will be broadcast on the official "Gran Turismo TV" YouTube channel and on "Gran Turismo LIVE," complete with commentary.

Make sure you don't miss a second of the action of either the FIA Gran Turismo Championships 2020 Series and second annual GR Supra GT Cup because this year, they're sure to go down in history.