It was a fantastic battle befitting the launch of a new motorsport era. The 'Gran Turismo World Tour 2018 - Nürburgring' was held on 10-12 May at the 24-Hour Nürburgring race. Gran Turismo's best players gathered from around Europe to show some incredibly miraculous races, only made possible by the best drivers like themselves. 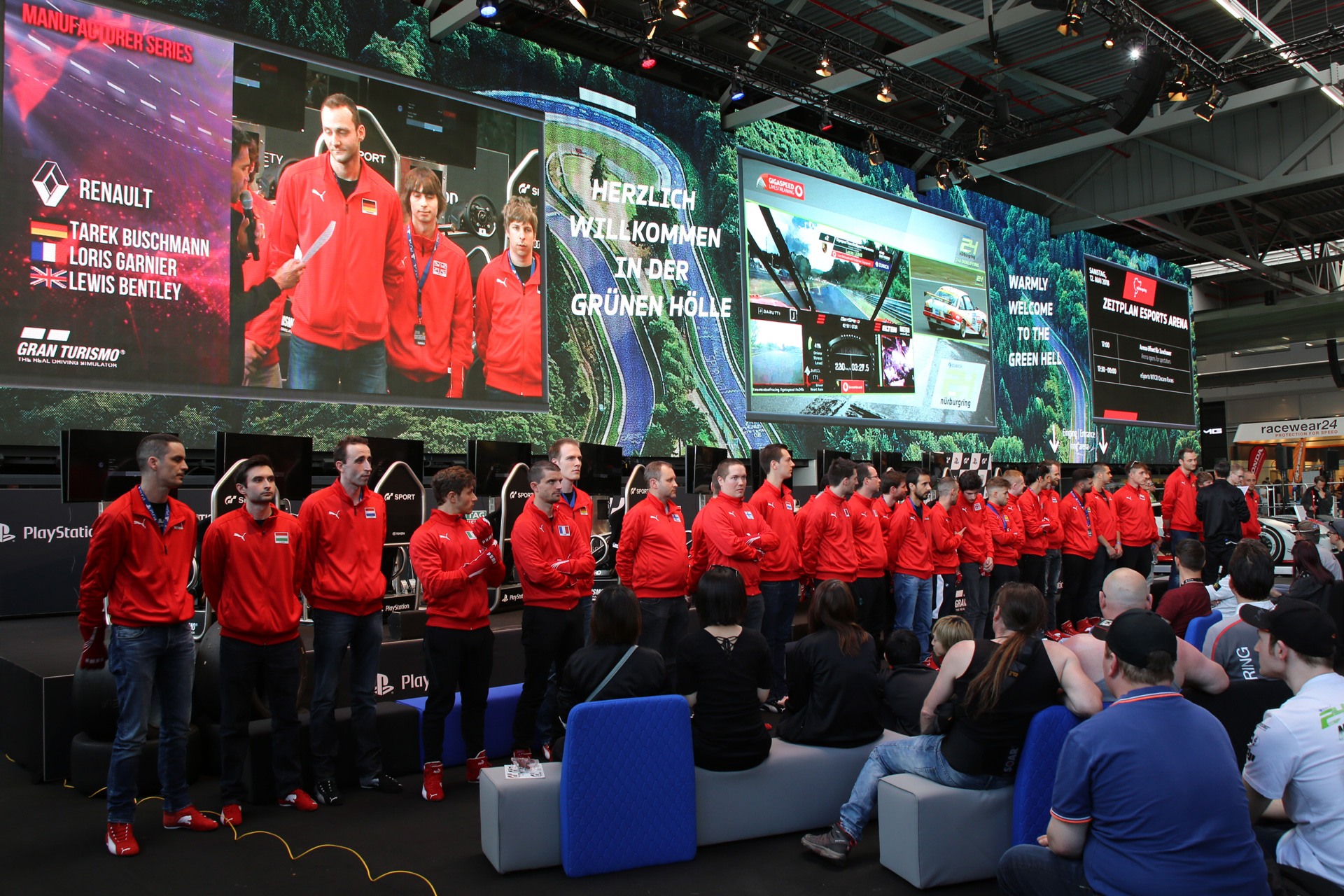 The 30 top players who gathered at the Ring Boulevard at the Nürburgring, where the event was staged.

30 top players from Belgium, Germany, Spain, France, Great Britain, Hungary, Italy, Luxembourg, Netherlands, Portugal, and Slovenia gathered at the Nürburgring on 09 May. Their concentration raising as they were going through the driver briefings. Meanwhile all around them, the preparations for the real-life 24-Hour Nürburgring race were taking place.

At 5PM on 10 May, the Nations Cup Semifinal opened the World Tour event with a race using the Red Bull X2014 Jr. in an 8-lap race on the Nürburgring GP track. (No settings allowed and shortcut penalties/side press penalties enabled). The 30 players were divided into 3 teams and the assigned to the following groups:

France, Italy, Netherlands, and Hungary battled it out on the track, with the Frenchman Anthony Duval (TSRacing_Atho), the Italian Giorgio Mangano (Giorgio_57) and the Dutchman Angelo Schut (desmania25081972) proceeding to the finals.

This was a battle between Great Britain, Portugal, Spain, Luxemburg and Belgium. Edward Williams (force_ewerby) and Martin Grady (GTA_Tidgney) from Great Britain, as well as Bruno Ferreira (PUMPUNKU) from Portugal made it to the finals.

In the battle between Finland, Hungary, Slovania and Spain, Kimmo Kaisla from Finland (Zkippe), Patrik Blazan from Hungary (TRL_Fuvaros), and both the German Tarek Buschmann (PhAnToM-Taky) and Kevin Richly (VP_Bellof959) made it to the finals. 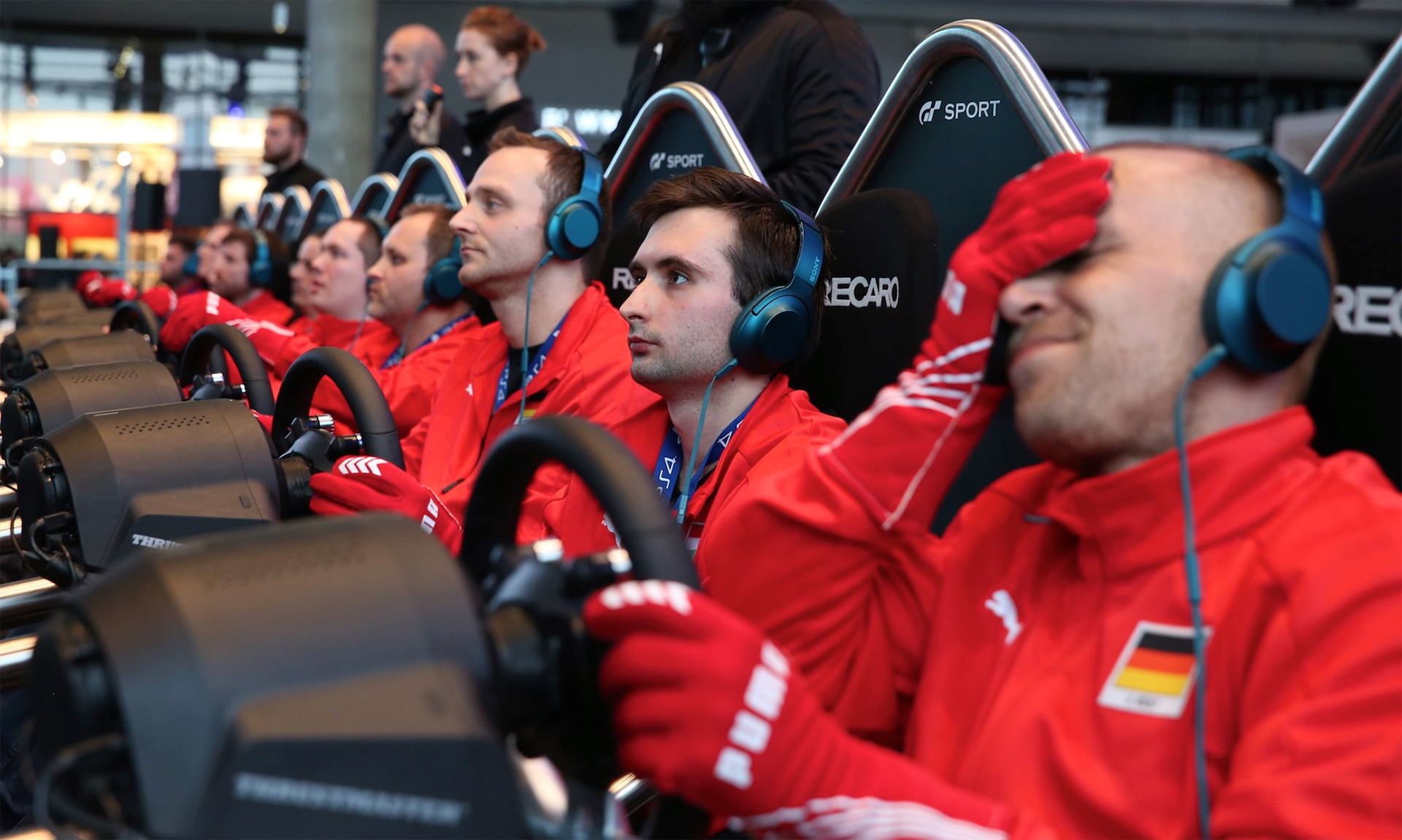 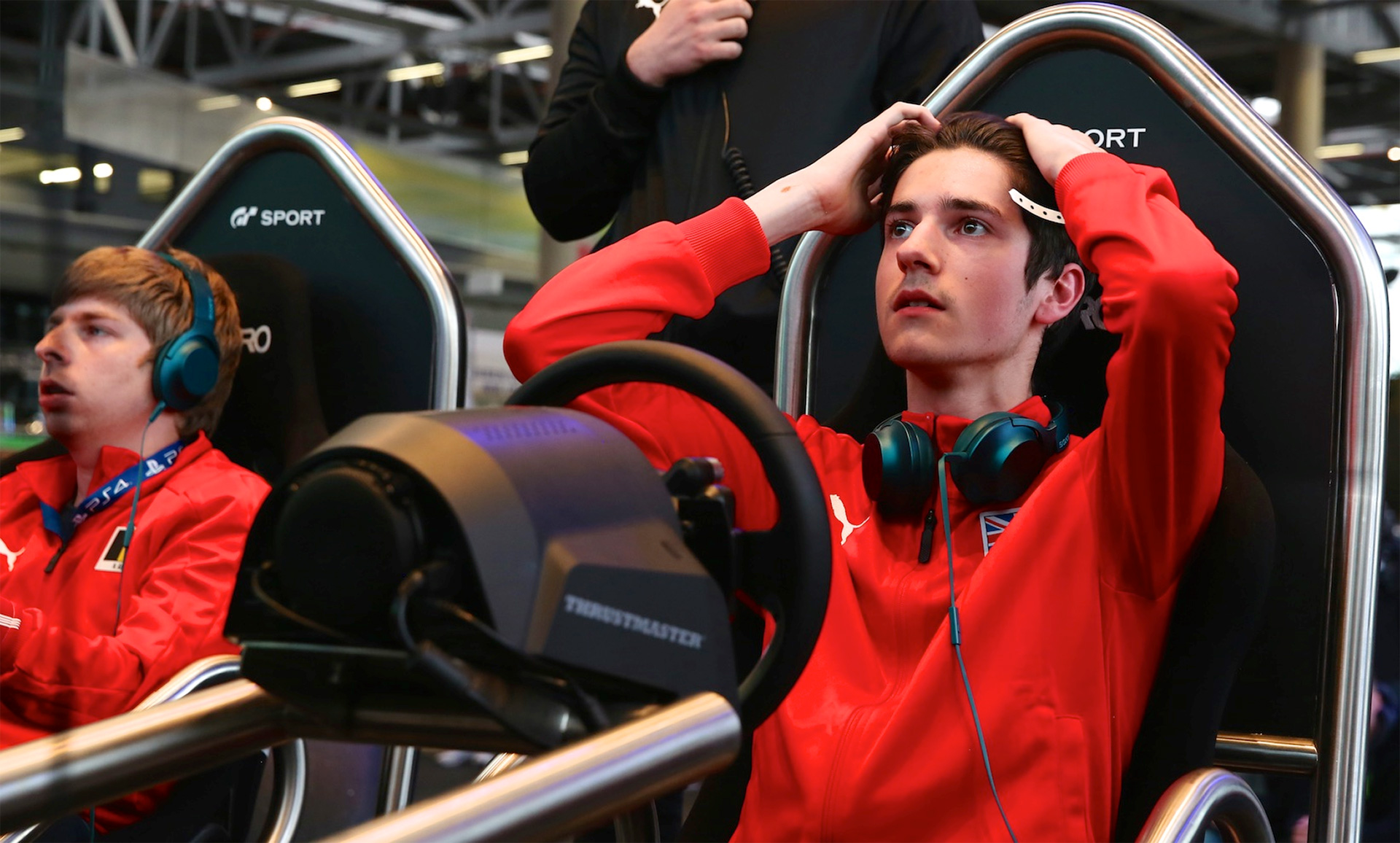 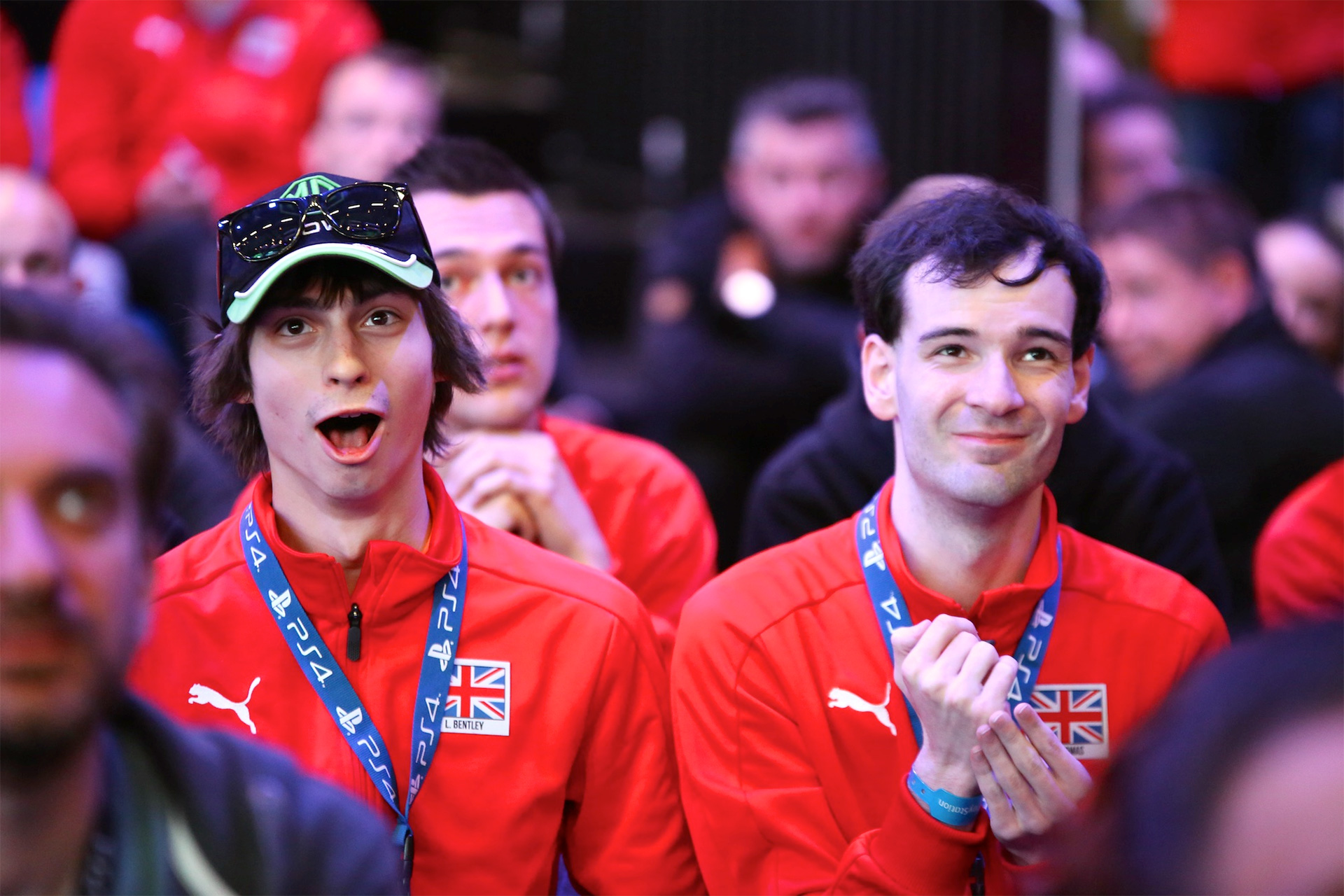 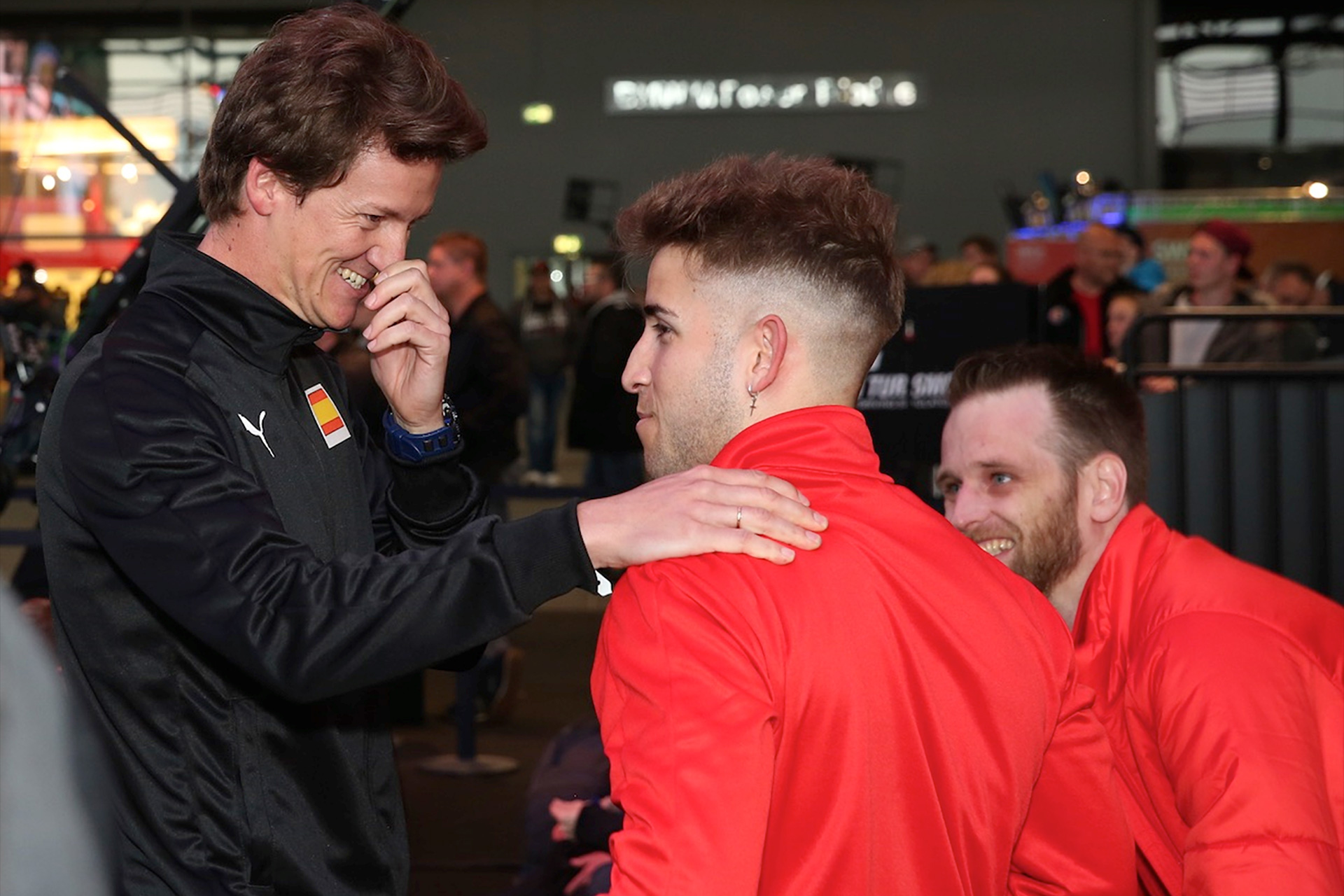