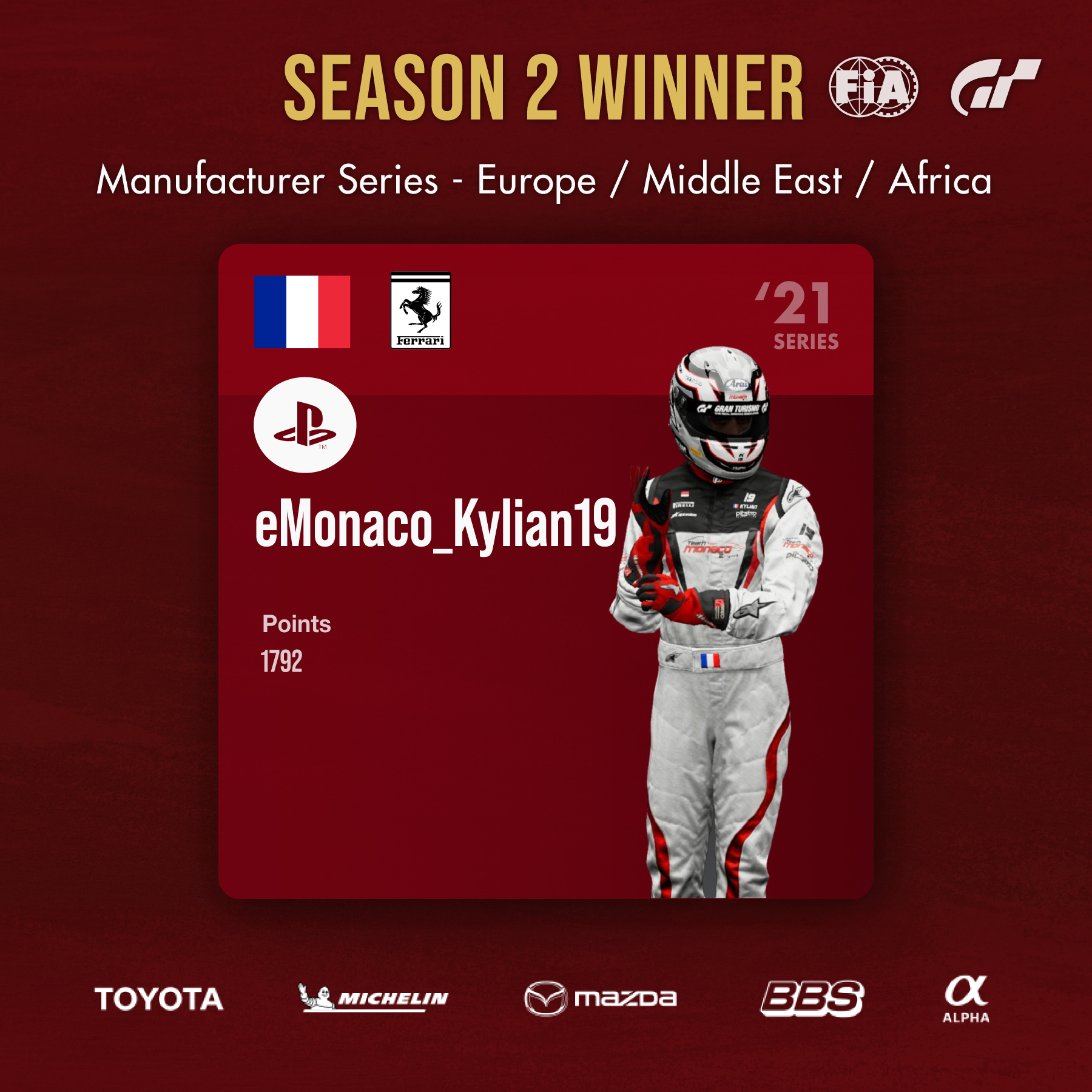 The FIA GT Manufacturer Series Season 2 got underway on July 7th, and featured a total of ten races.

The first round, a Gr.4 race, took place at Interlagos, and the grid was packed with talented drivers.

His speed was simply overwhelming, as he left rivals such as Toyota’s Lopez (coqueIopez14) and Honda’s Gallo (Williams_Bracer) in the dust.

He then followed this up with another victory in Round 2!

eMONACO_Kylian19 was back to his best in Round 4, however, grabbing an incredible 461 points—the highest score of the entire EMEA region season.

Lopez and Gallo both got over 400 points each as well, meaning they did not perform badly by any means, but eMONACO_Kylian19 was simply a class apart.

Rounds 5 and 6 passed without any major developments at the top of the leaderboard.

Moysov claimed pole position in Round 7, and was clearly keen to give eMONACO_Kylian19 a run for his money. It proved to be a thrilling Ferrari vs Aston Martin showdown, featuring lots of overtaking, with Ferrari’s eMONACO_Kylian19coming out on top in the end. It was a great race, undoubtedly one of Season 2’s highlights.

eMONACO_Kylian19’s speed seemed to fade a little in the last three races of the season. Gallo, the Season 1 winner, claimed victory in Round 8, with Porsche’s Serrano (PR1_JOSETE), who had previously been a little subdued, winning Round 9.

Gallo won the final round as well, and finished the season in third place overall.

eMONACO_Kylian19’s stunning form at the start of the season was more than enough to bring him victory, despite his slight stutter at the end, winning a well deserved title for Ferrari!