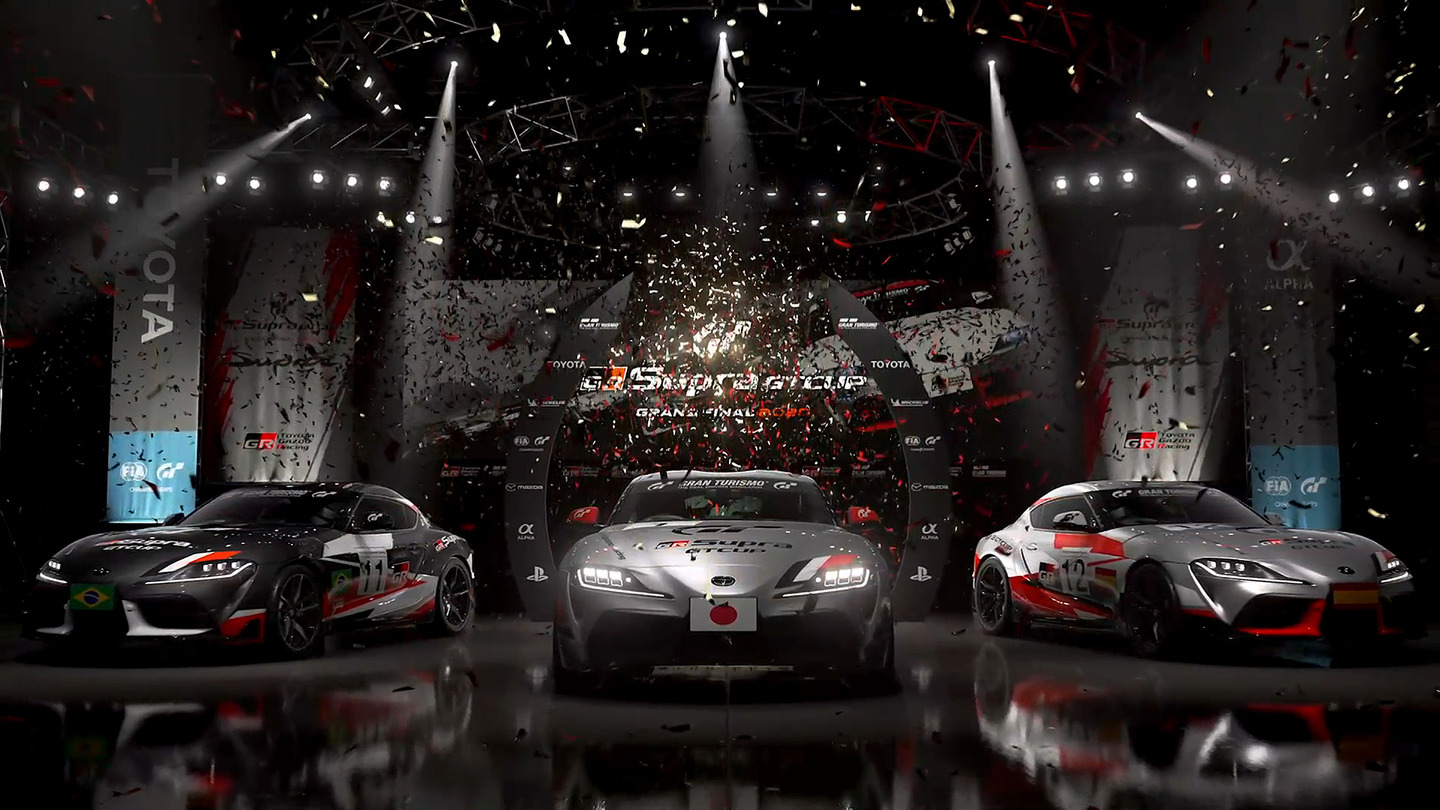 The venue for the Semi-final contests was the scenic Fuji International Speedway in Japan. In this seven-lap sprint, the players were required to run on hard-compound tyres for the entire race, meaning there would be no pitstops. Lining up behind pole-sitter Jose Serrano of Spain (PR1_JOSETE) was Rick Kevelham of the Netherlands (HRG_RK23), followed by Valerio Gallo of Italy (Williams_BRacer) and the Europe, Middle East and Africa regional Nations Cup Champion Coque López (Williams_Coque14).

As the 12 Supras rolled through the start line in single-file formation, they exercised caution as the cars looked noticeably twitchy through the first few corners, no thanks to the cold hard-compound tyres. As soon as they began their second lap, Gallo looked to lay the hammer down early. Through Turn 1, the Italian braked late and dove into the corner in front of 2nd-place Kevelham, but he carried too much speed into the turn and drifted wide, failing to make the pass. While he remained in 3rd place, Gallo nevertheless kept charging. 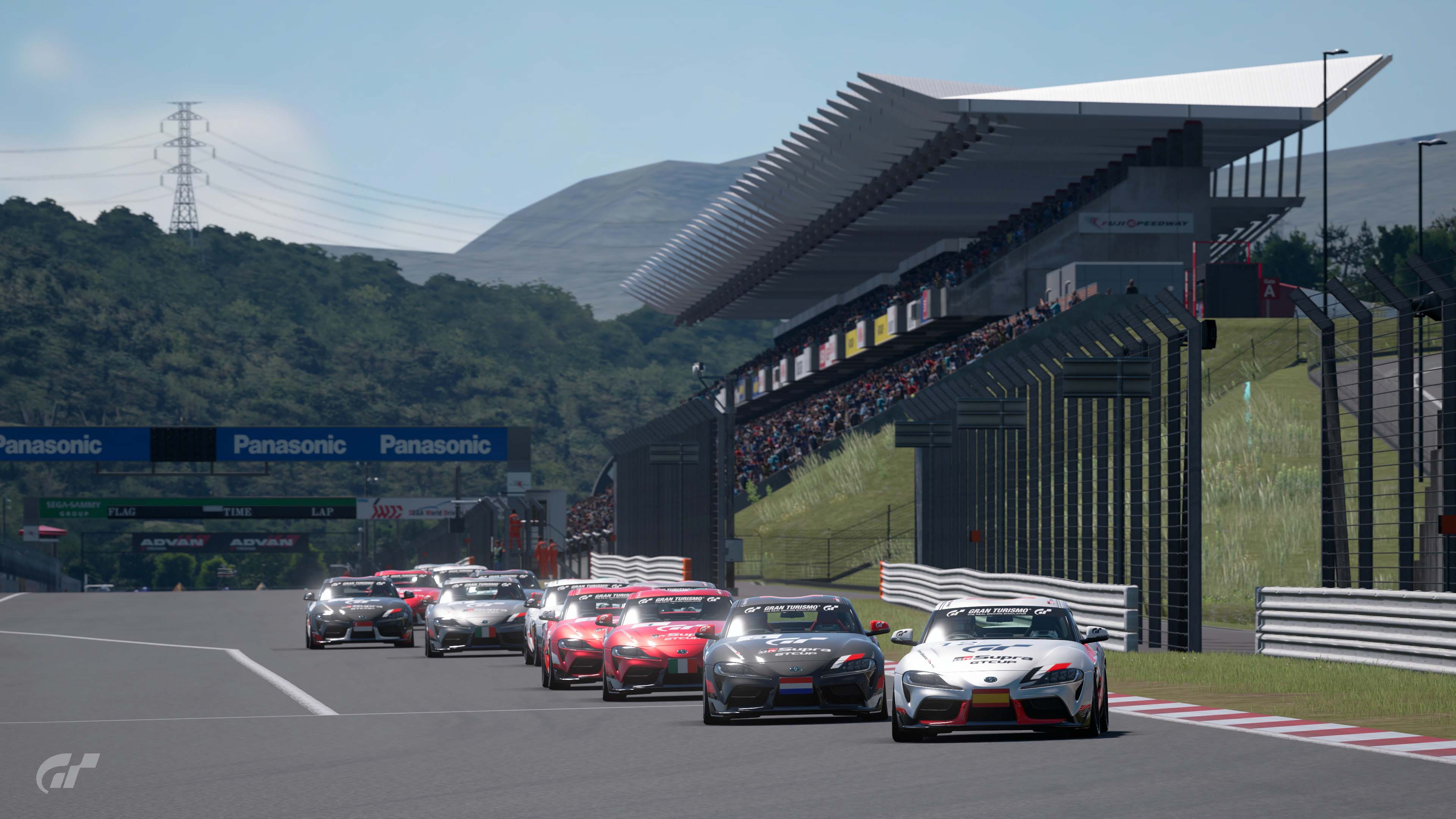 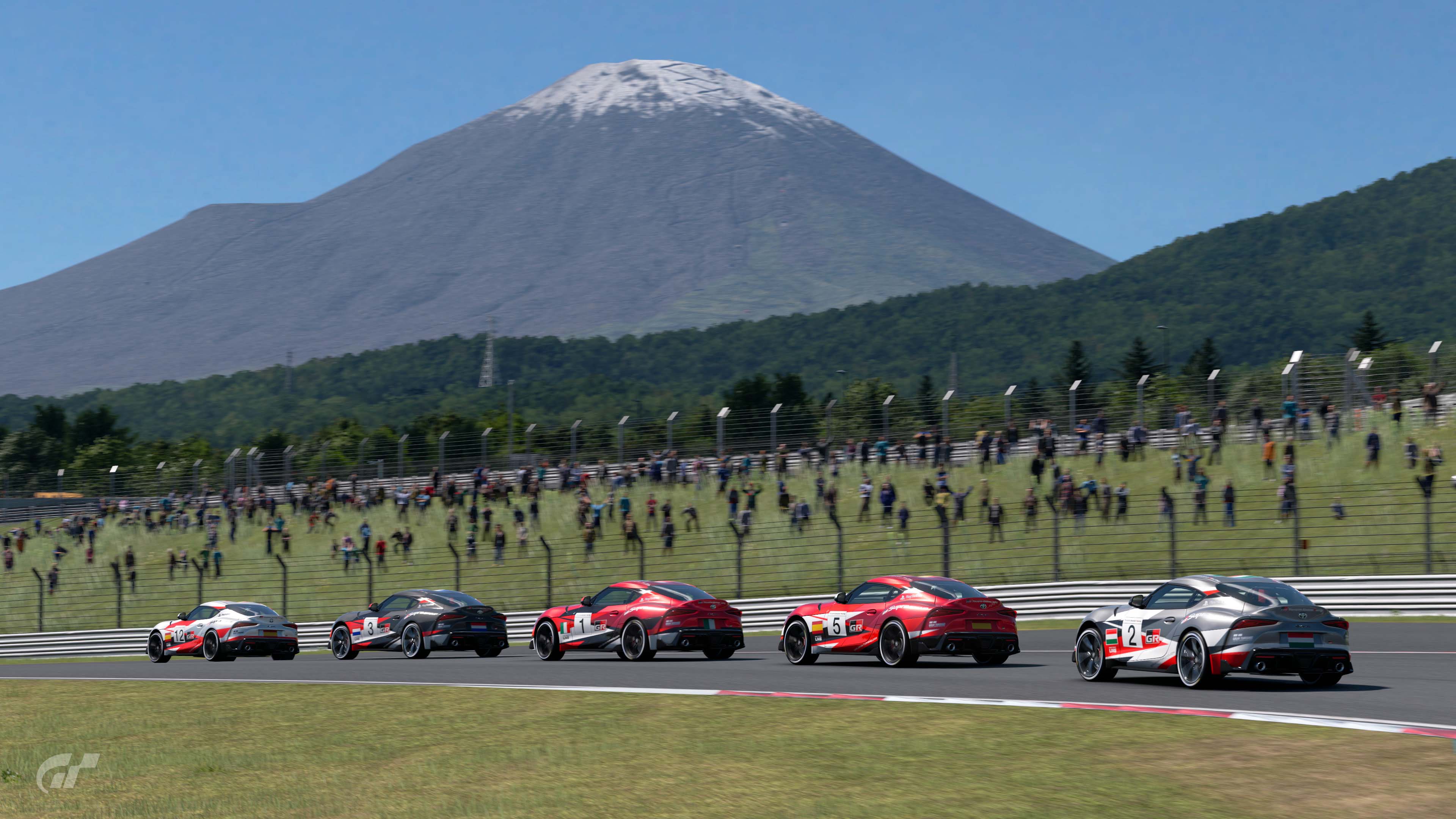 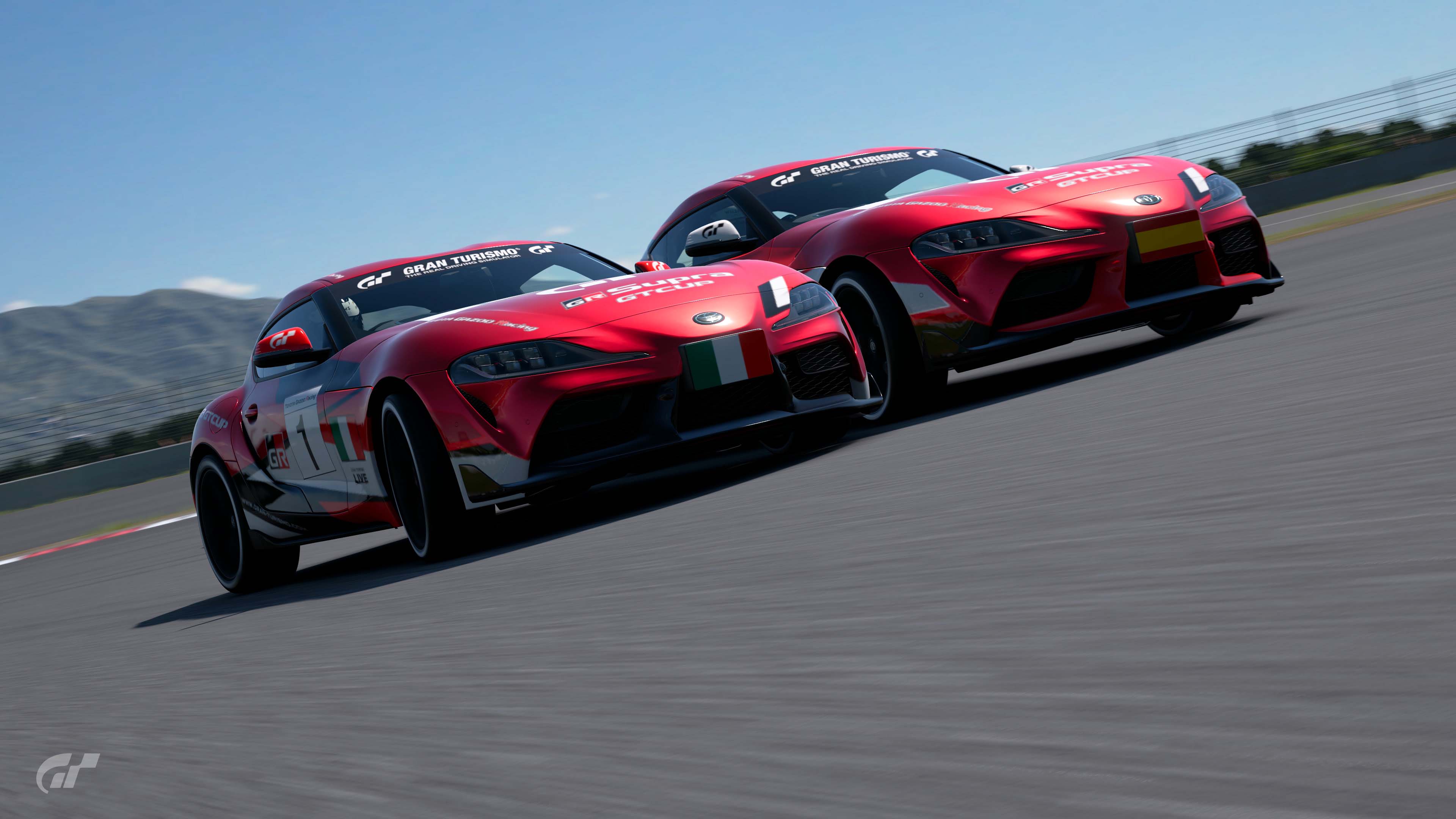 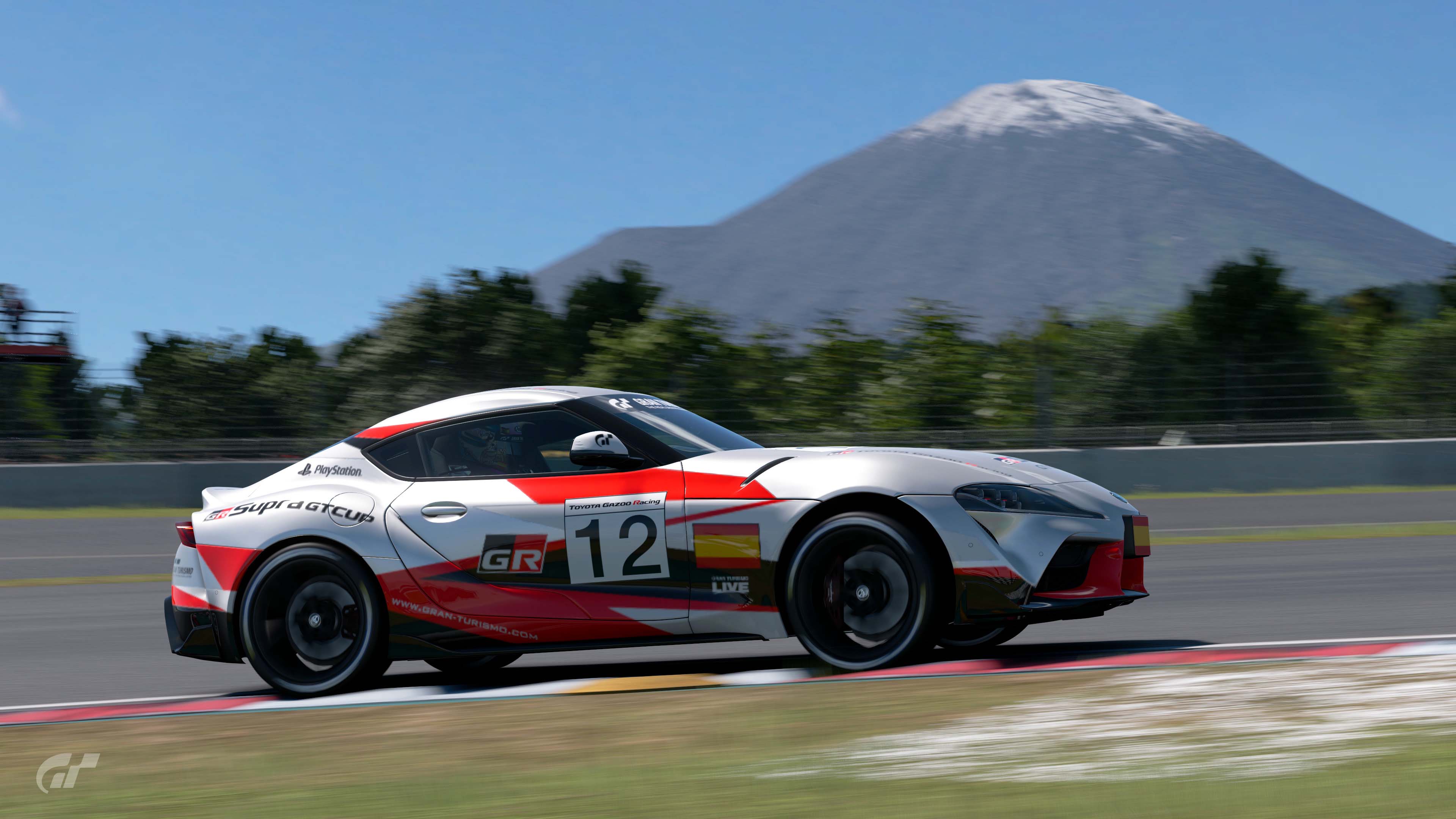 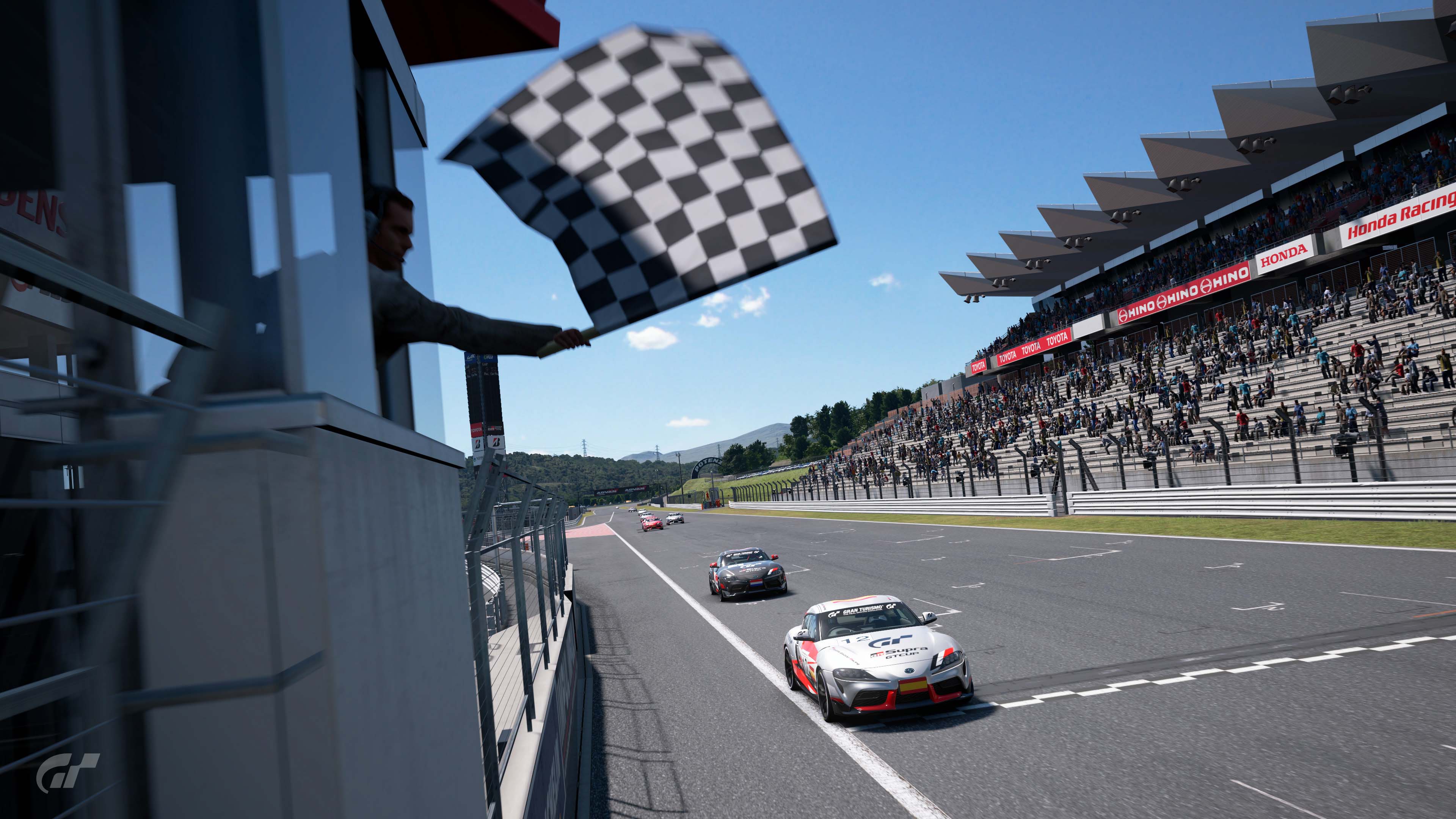 Like the first contest, this race was also a seven-lap sprint around Fuji International Raceway with no required tyre changes. The surprise pole-sitter, Jin Nakamura of Japan (EDGE--RS), was sure to feel the heat early as a number of notable names were lined up behind him, including Americas Region champion Lucas Bonelli of Brazil (TGT_BONELLI), Asia-Oceania regional qualifier Tomoaki Yamanaka (yamado_racing38) and ‘World Tour 2020 – Sydney’ champion Takuma Miyazono (Kerrokuma_ej20).
As expected, the action started early as Miyazono, looking to get by countryman Yamanaka through Turn 4 called the 100R, nearly spun on the opening lap. The entire field was tightly spaced, with about three seconds separating the top nine cars. 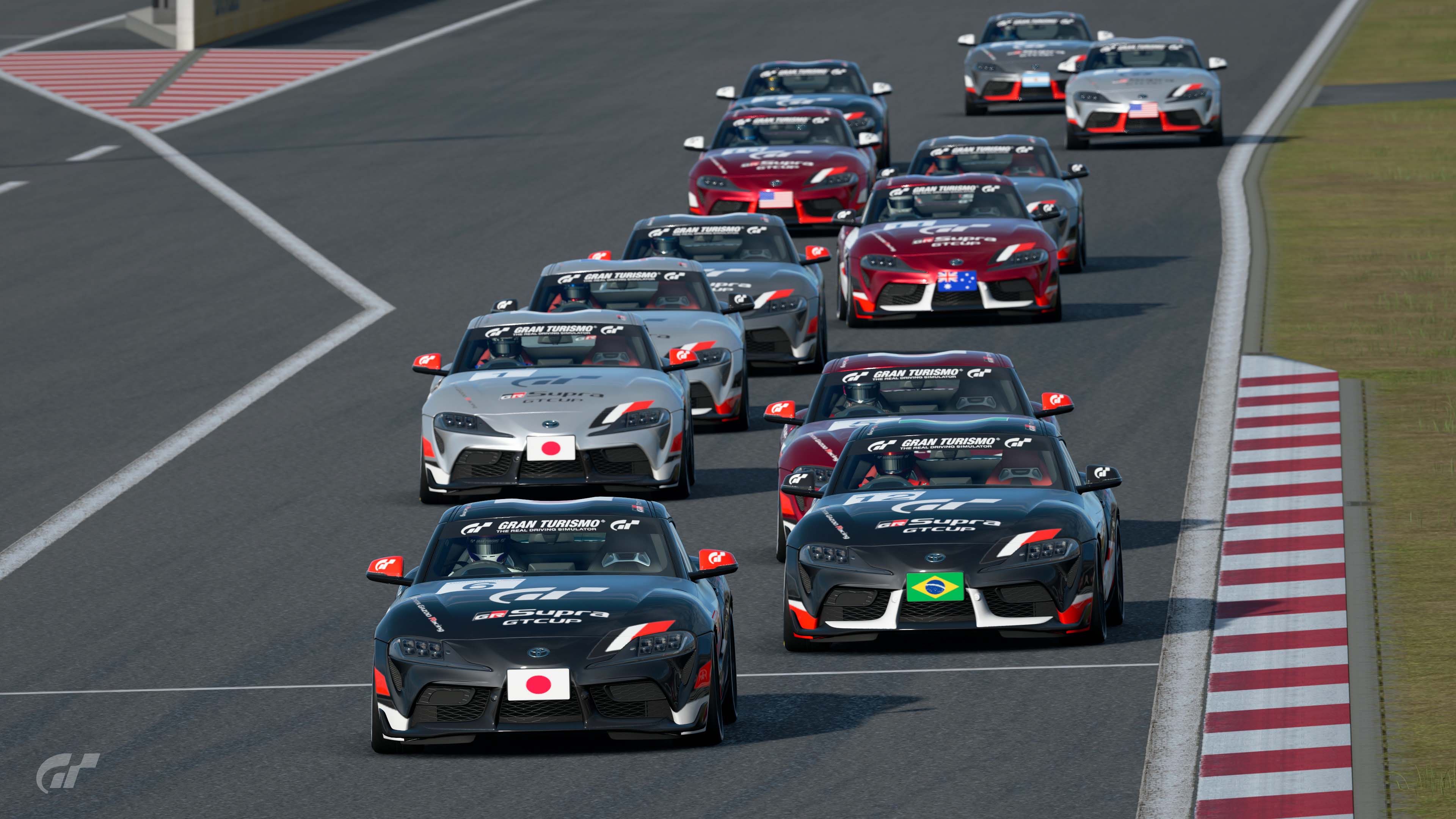 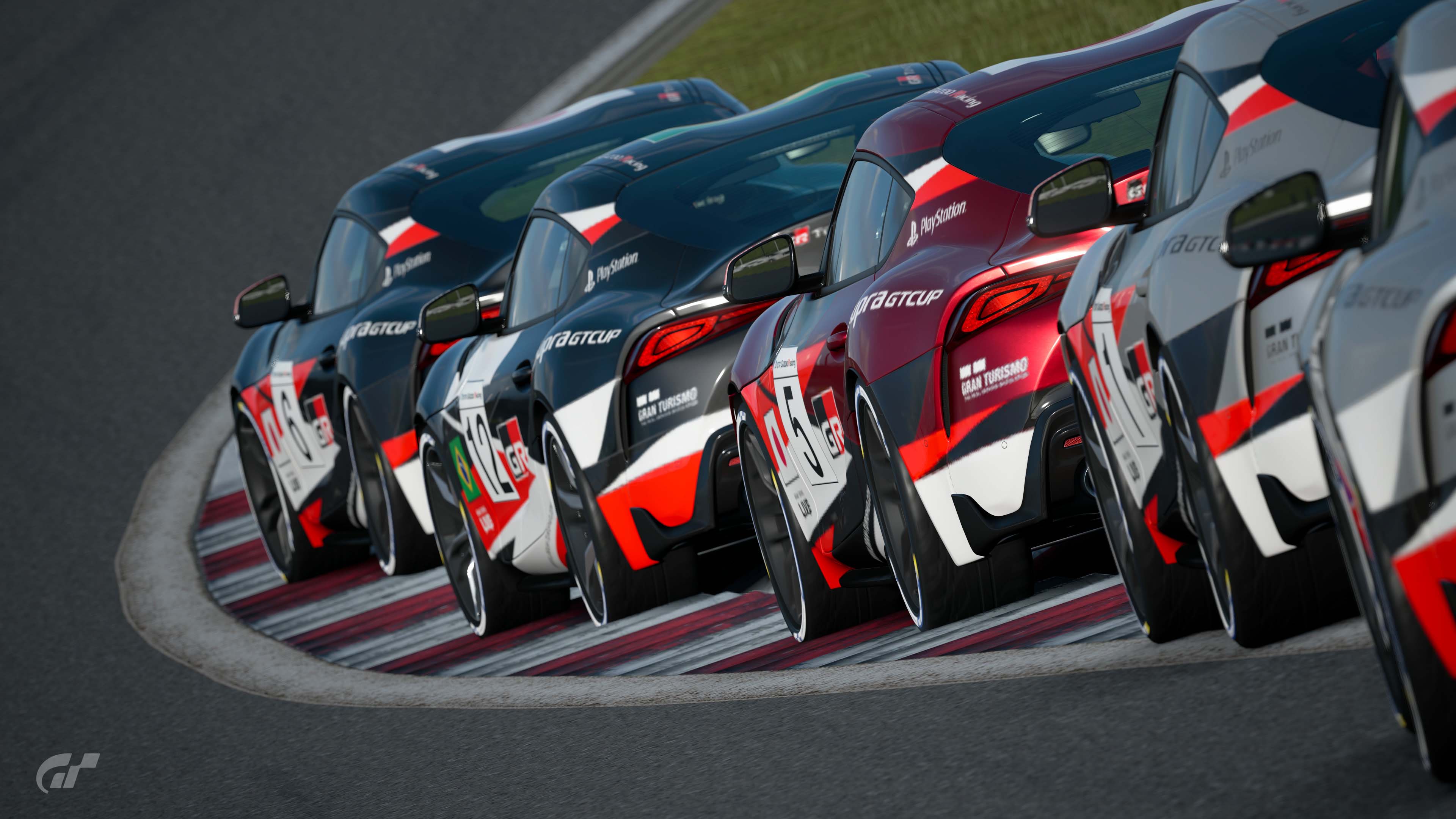 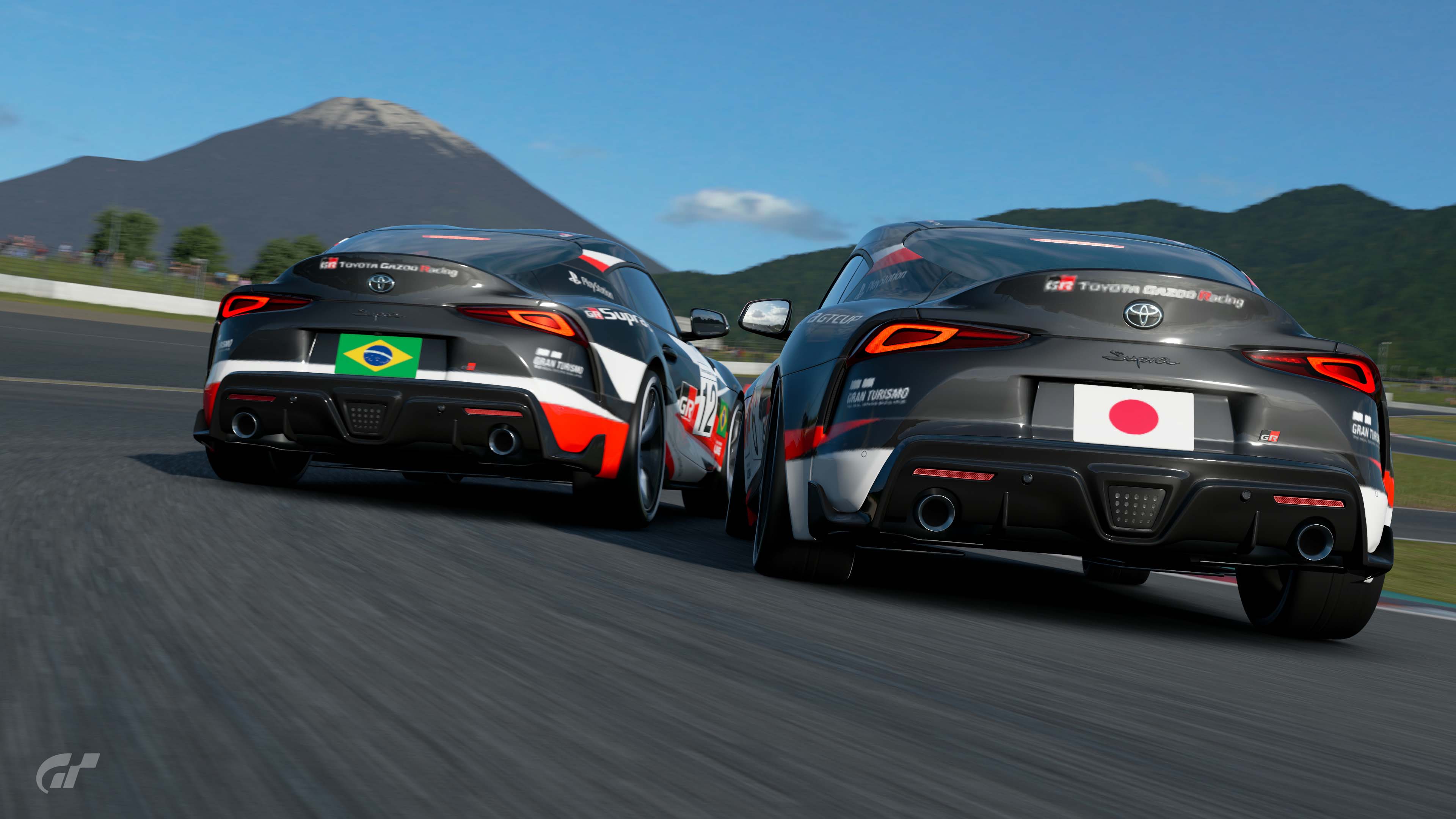 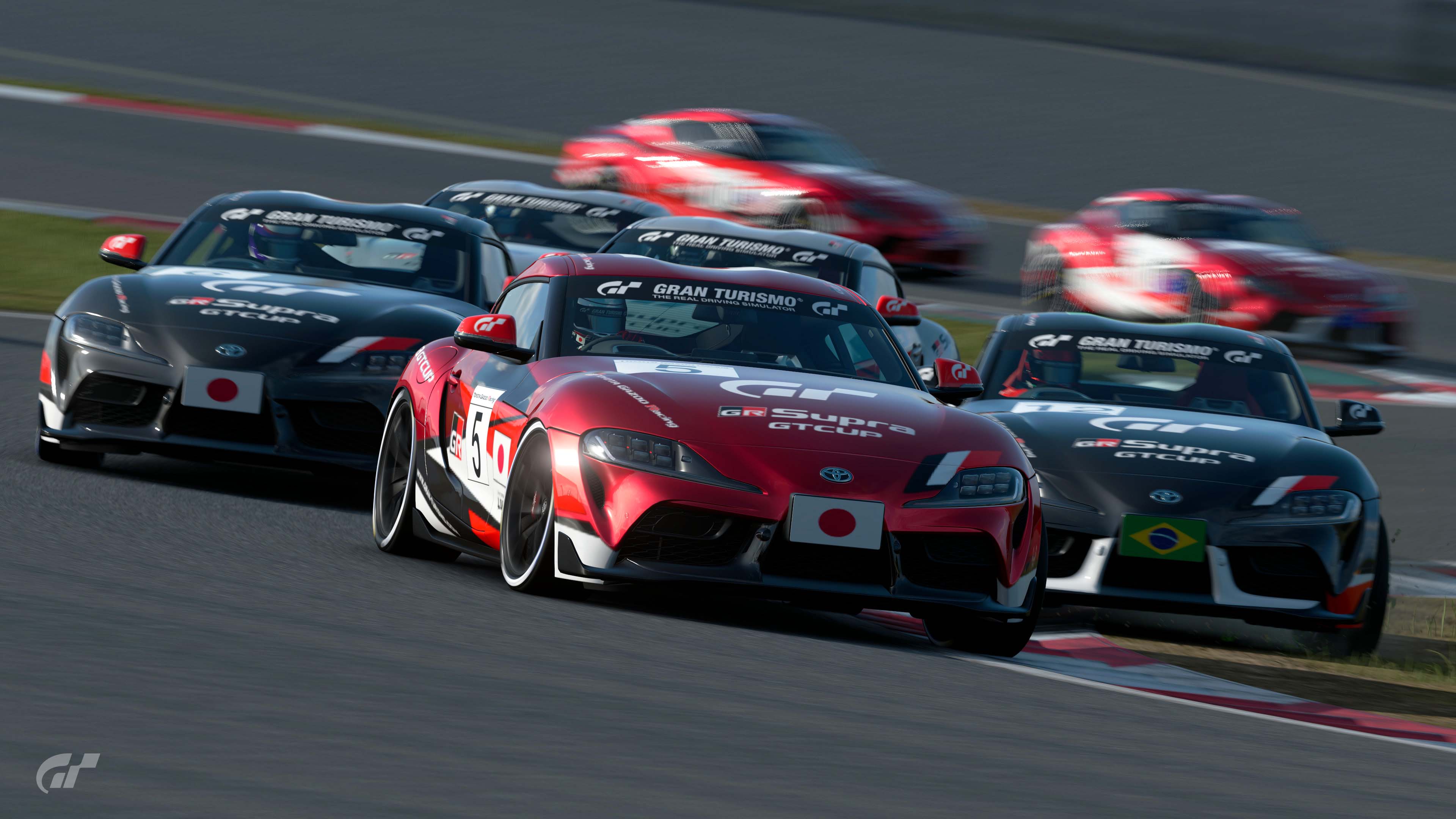 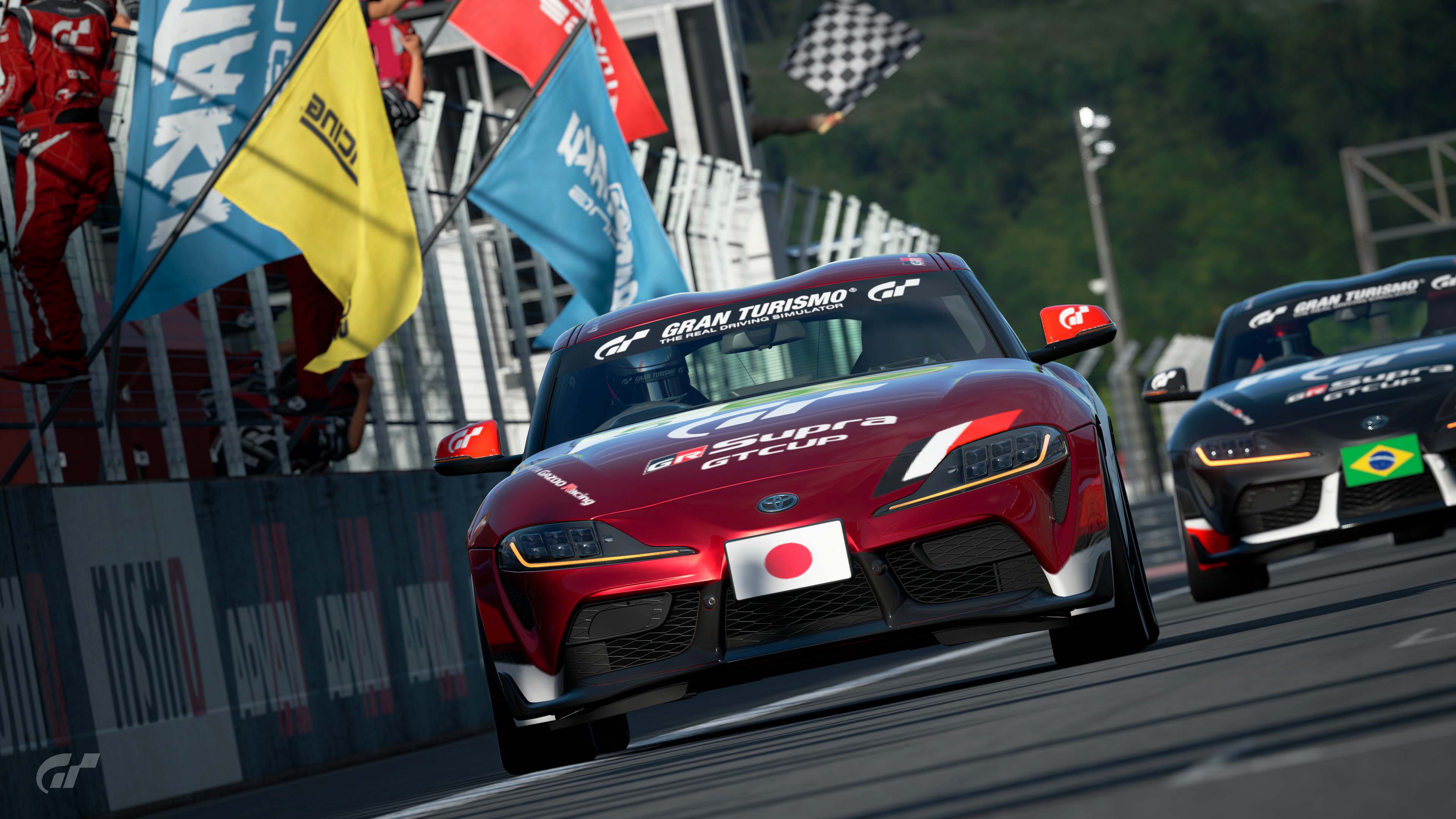 The last event of the day was a 15-lap contest around the famous Circuit de Spa-Francorchamps in Belgium. Unlike the Semi-final heat, this race would involve a pit stop strategy as each driver was required to run on the soft-, medium-, and hard-compound tyres for a minimum of one lap. And despite the Semi-final victories by Spain’s Jose Serrano and Tomoaki Yamanaka of Japan, the starting grid for the Grand Final was decided by another 10-minute qualifying session, where Serrano once again proved quickest, followed by Takuma Miyazono of Japan and Lucas Bonelli of Brazil.

As soon as the start lights flashed green, it was a mad rush to the first corner. While many of the cars came close to hitting each other fighting for position, they all made it through unscathed. Riding on the soft-compound tyres, Serrano, Miyazono, and Bonelli led the way, while those in the middle of the pack—from Australia’s Cody Nikola Latkovski in P4 to Yamanaka in P9—started on the medium-compound Michelins, employing a different pit strategy than the race leaders. By Lap 3, the top three drivers had opened up a 5.0-second cushion on the rest of the field, while Italy’s Giorgio Mangano, who started 5th, suddenly dropped out of the race due to technical issues. 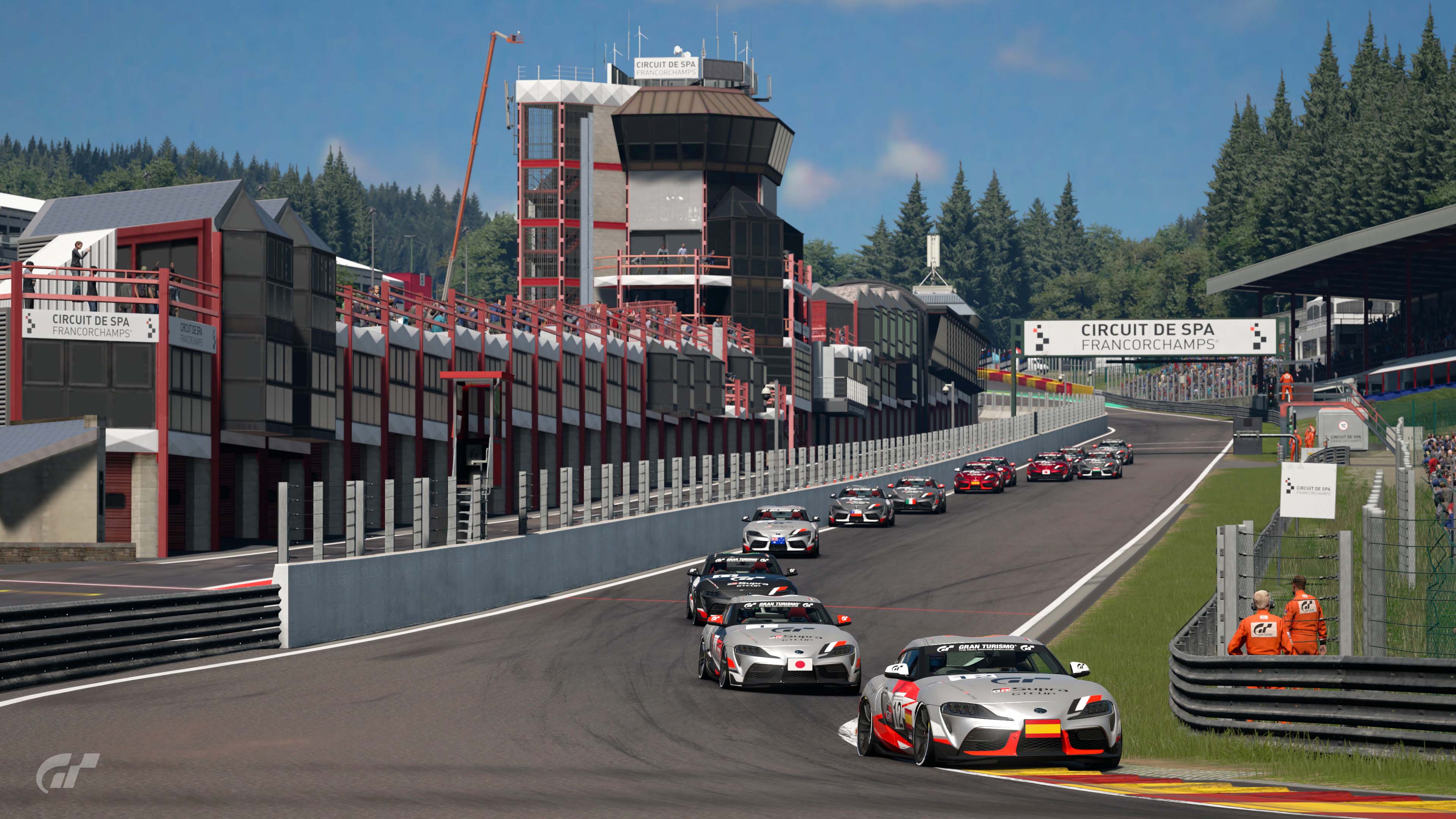 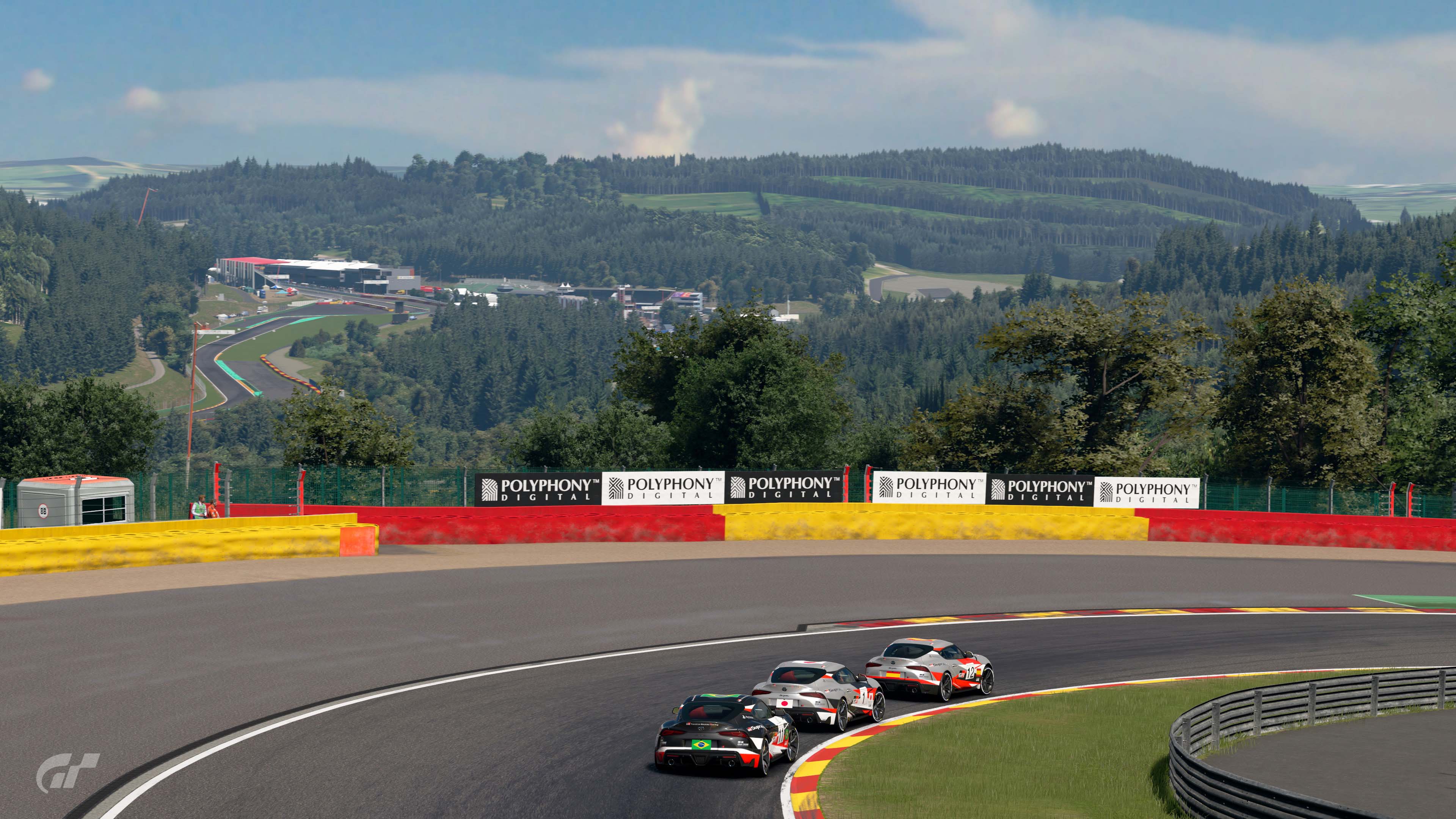 The first meaningful pit stops occurred on Lap 8, when the three race leaders came in with a comfortable 13-second gap over 4th-place Latkovski, who enjoyed a 15-second cushion over 5th-place Ádám Tápai of Hungary. Front-runner Jose Serrano opted for the medium-compound tyres, as did Lucas Bonelli, but 2nd-place Miyazono, known for his crafty pit stop strategies, went a different route, putting on the hard-compound rubber. When the three cars returned to the track, Serrano immediately began to pull away, while Bonelli ate up Miyazono through the Bus Stop chicane to take over 2nd place. With about a 3.5-second-per-lap difference between the soft- and hard-compound tyres, many wondered if Miyazono had made a judgement error by going with the hard-compound Michelins too early. With his sights set on the slower Miyazono, Inostroza, on fresh soft tyres, passed Tápai to take 4th place.

On Lap 9, Miyazono pitted for the second time, putting on the medium-compound tyres. He returned to the track in 6th place, and with his tyre requirements now fulfilled, he planned on going the rest of the way without another stop. Meanwhile, Italy’s Valerio Gallo, who started 7th, continued to climb up the leaderboard as he overtook Inostroza through Les Combes to take sole possession of 3rd place. 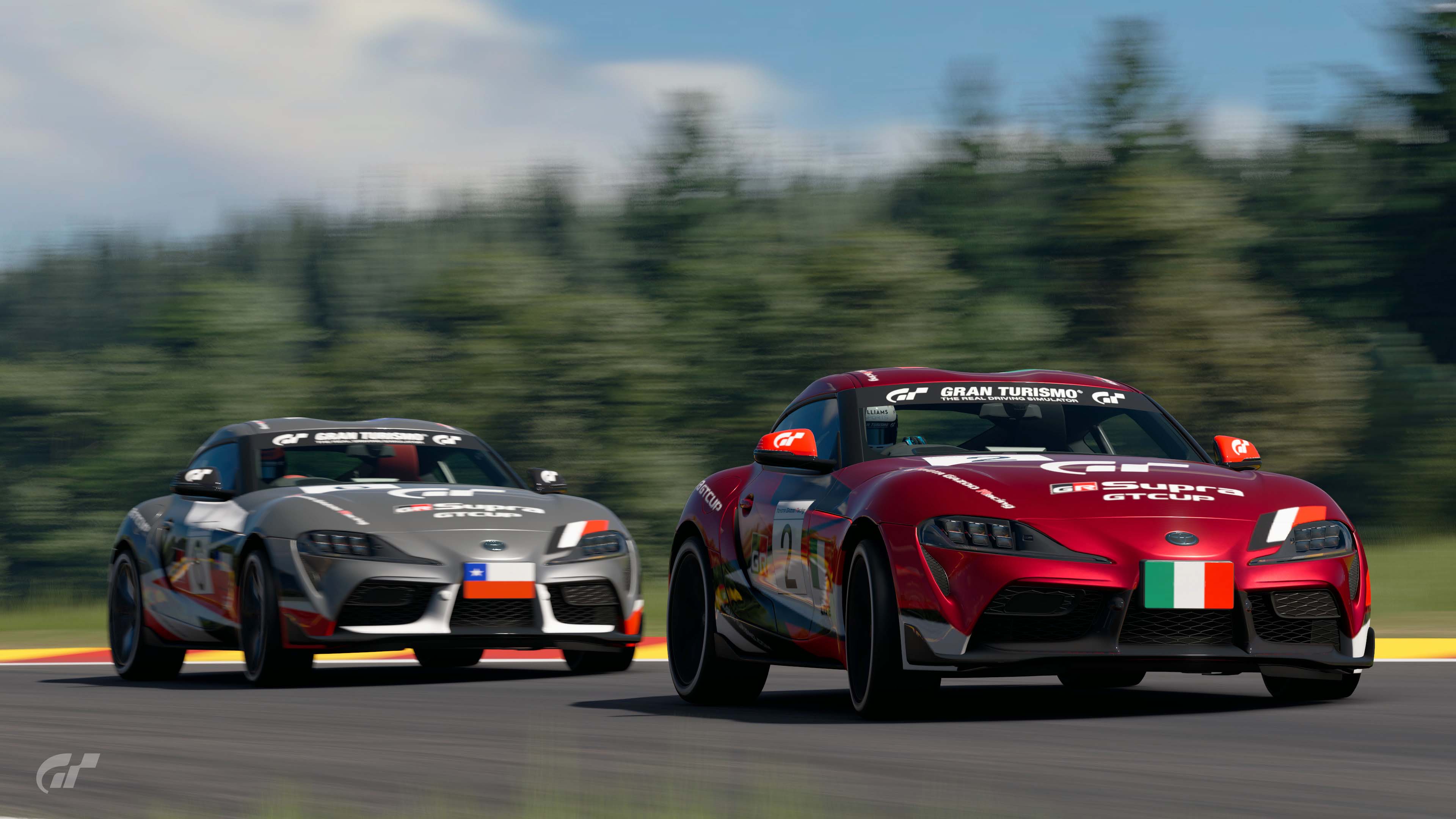 With three-quarters of the race in the books, Serrano had a comfortable 2.1-second lead over 2nd-place Bonelli, but they both still needed to fulfil their stint on the hard-compound tyres. On Lap 13, the Brazilian blinked first, making his final pit stop. Gallo also pitted, and with Inostroza having pitted a lap earlier, Miyazono had suddenly, and almost magically, found himself in 2nd place. 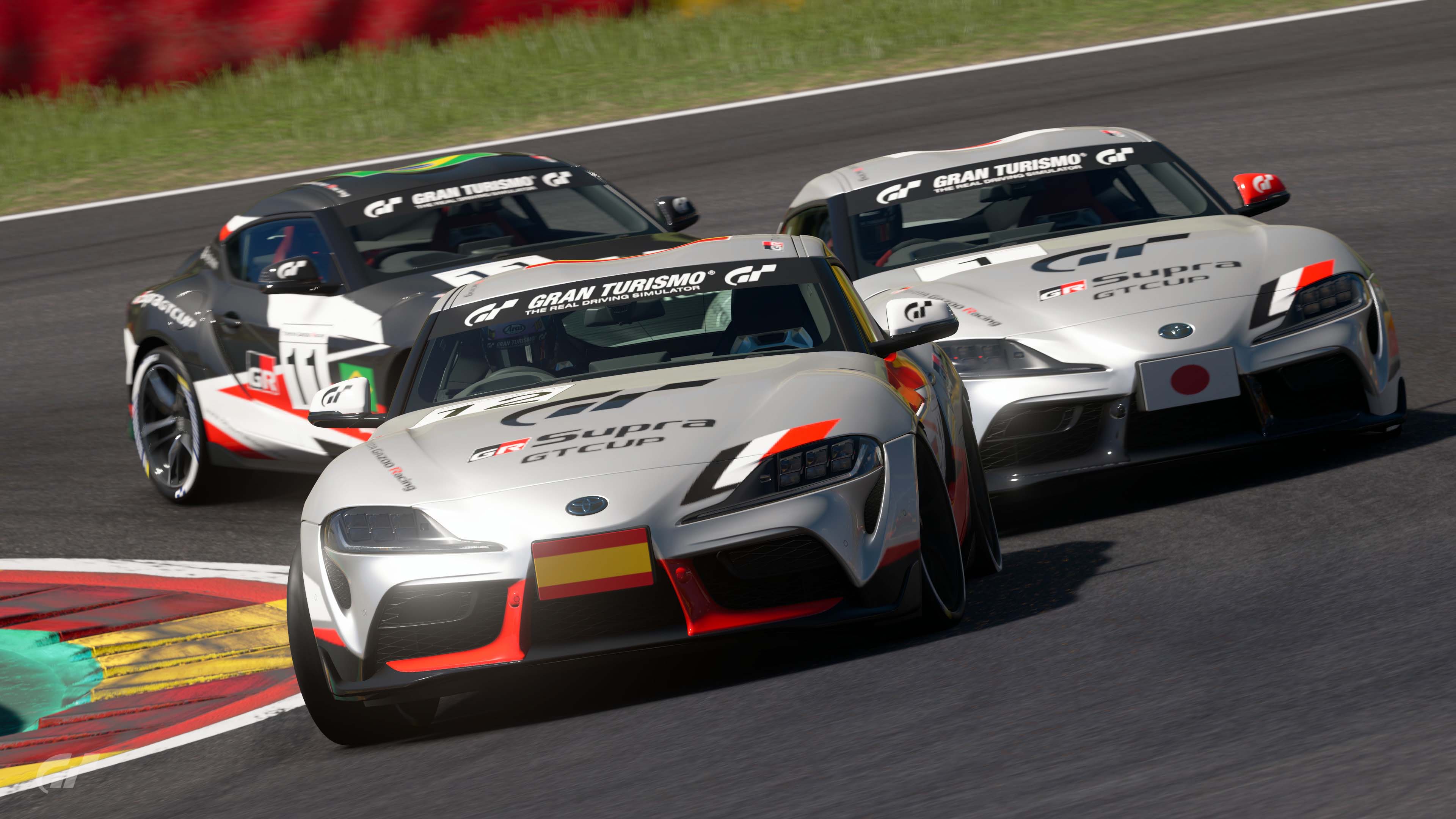 With just one lap of the race to go, Serrano came in for his final pit stop with a 20-second lead over Miyazono. He all but had the championship in his back pocket because even with a 2nd-place finish, and a Miyazono win, he would have the overall points lead. After swapping tyres, the Spaniard returned to the track behind Miyazono... and unbelievably also behind Bonelli! No one expected Serrano to finish in 3rd place, and this promptly reshuffled the entire championship order, dropping him from a championship-winning 16 points to 14 in the blink of an eye, while Miyazono’s point total of 15 would put him in a tie with Bonelli at the top of the rankings and handing the Japanese driver the overall championship because of the Grand Final win. 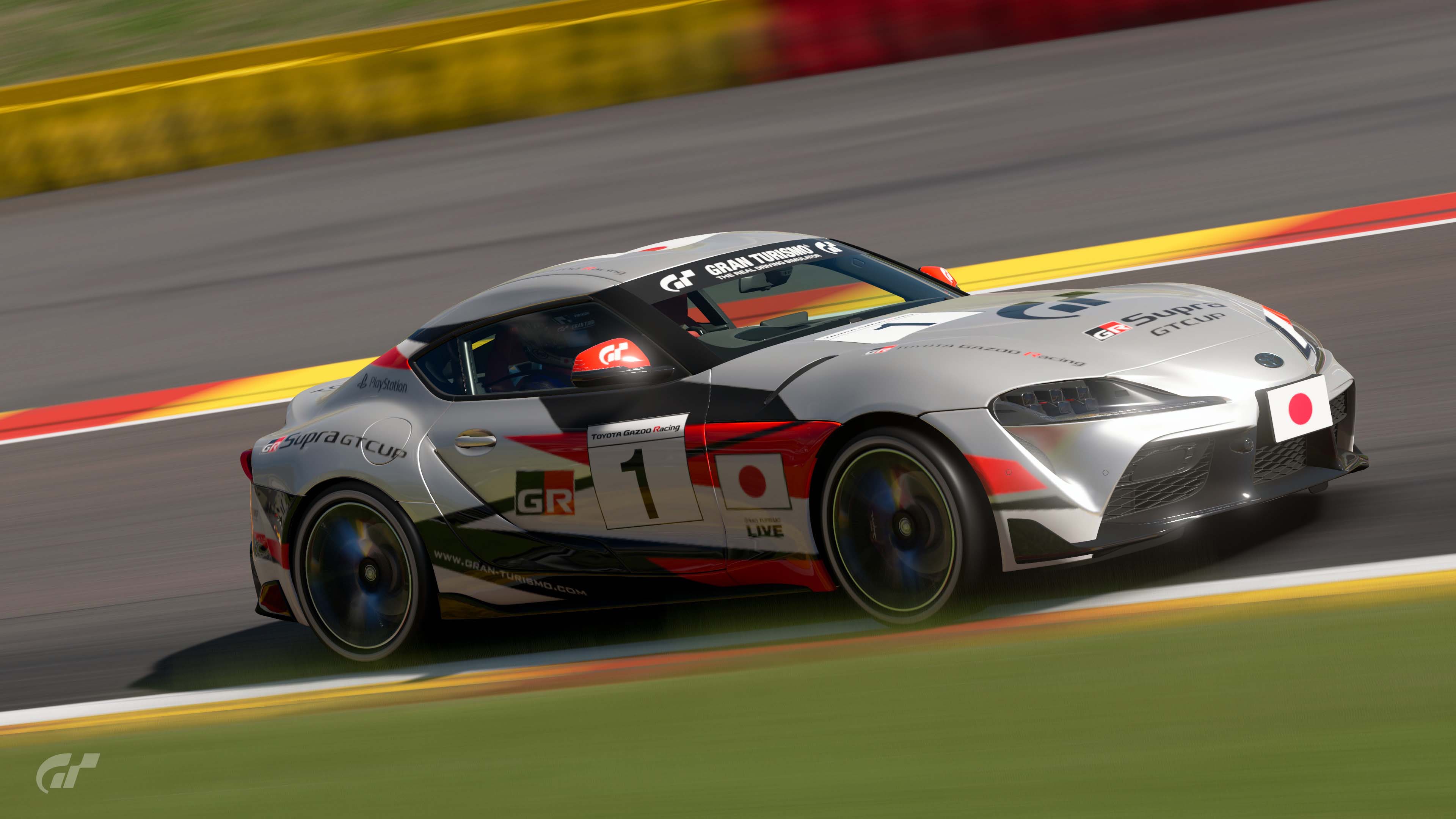 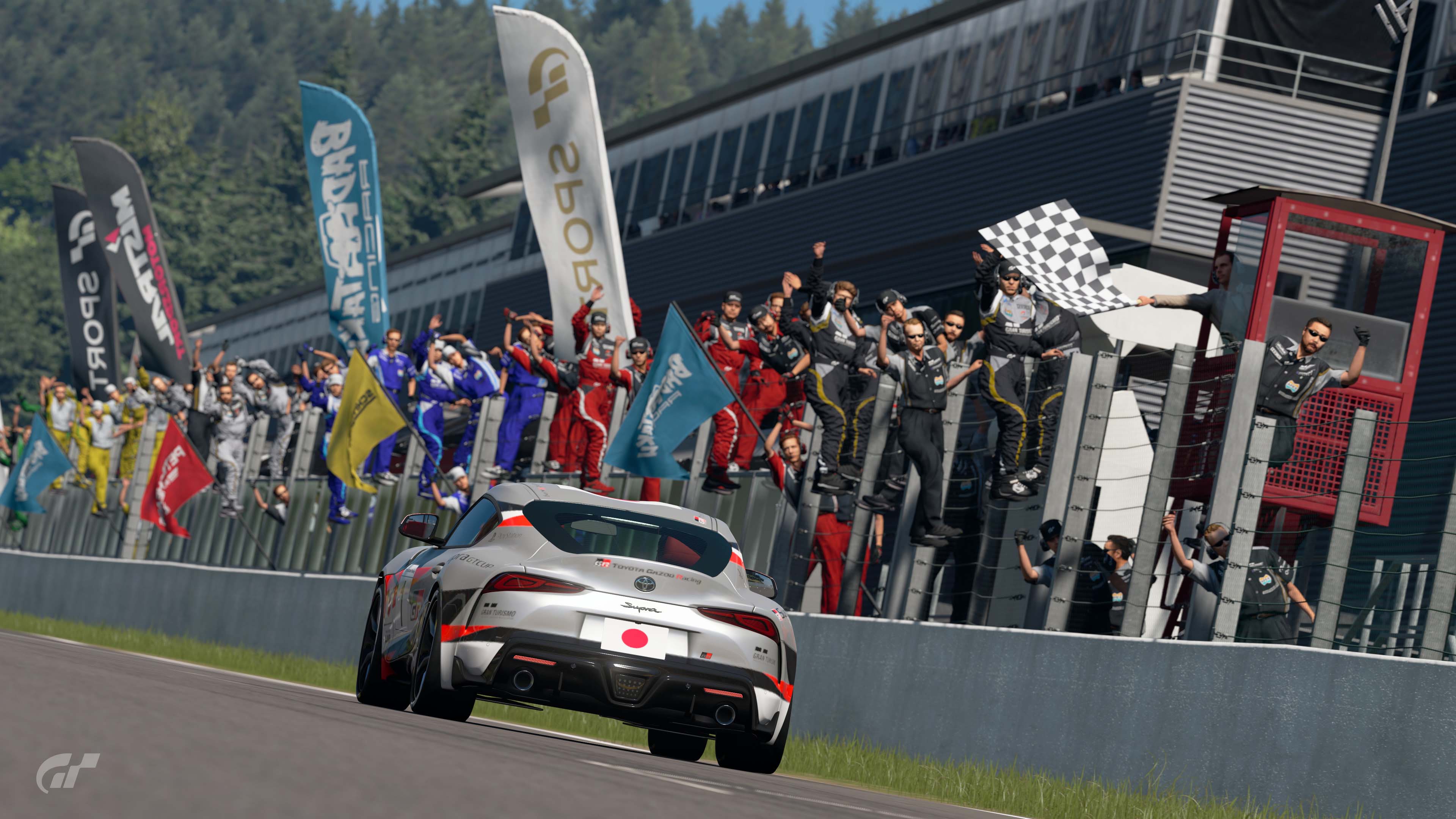 GR Supra GT Cup 2020 | Final
It's our most global One Make race yet with TGR competitors ...