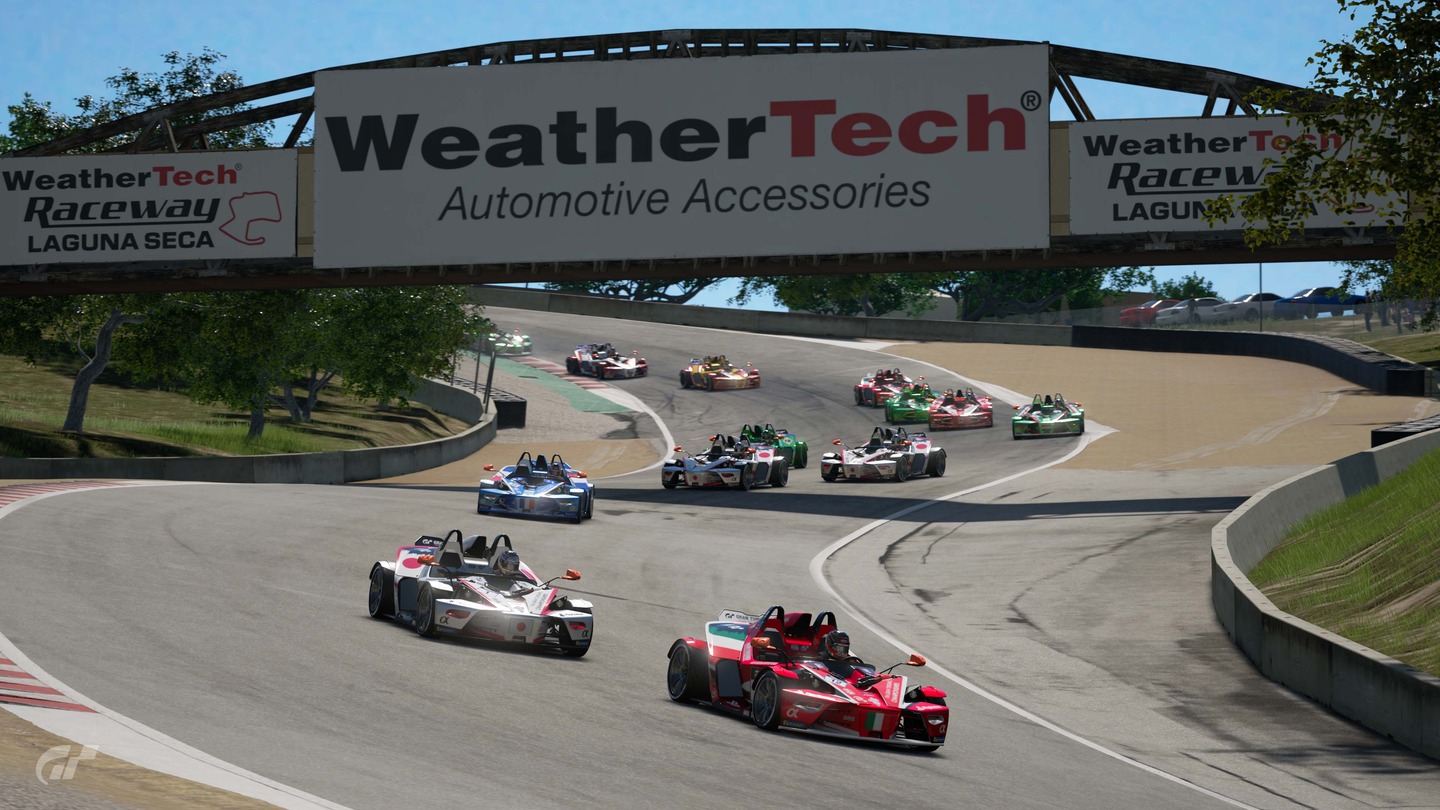 The starting grid of the second race of the season saw Japan’s Tomoyuki Yamanaka (yamado_racing38) return to form with pole position, joined on the front row by the current odds-on favourite Valerio Gallo of Italy (Williams_Bracer). The next fastest qualifiers were France’s Baptiste Beauvois (R8G_TSUTSU) followed by Luca Bonelli of Brazil (TGT_BONELLI) and Ryota Kokubun of Japan (Akagi_1942mi). All 14 drivers strapped themselves inside the ultra-lightweight KTM X-Bow R, required to run 20 laps with at least one lap each on the soft- and medium-compound sports tyres, putting pitstop strategy in play. Of note, the top six cars on the grid opted to start on the soft-compound Michelins. 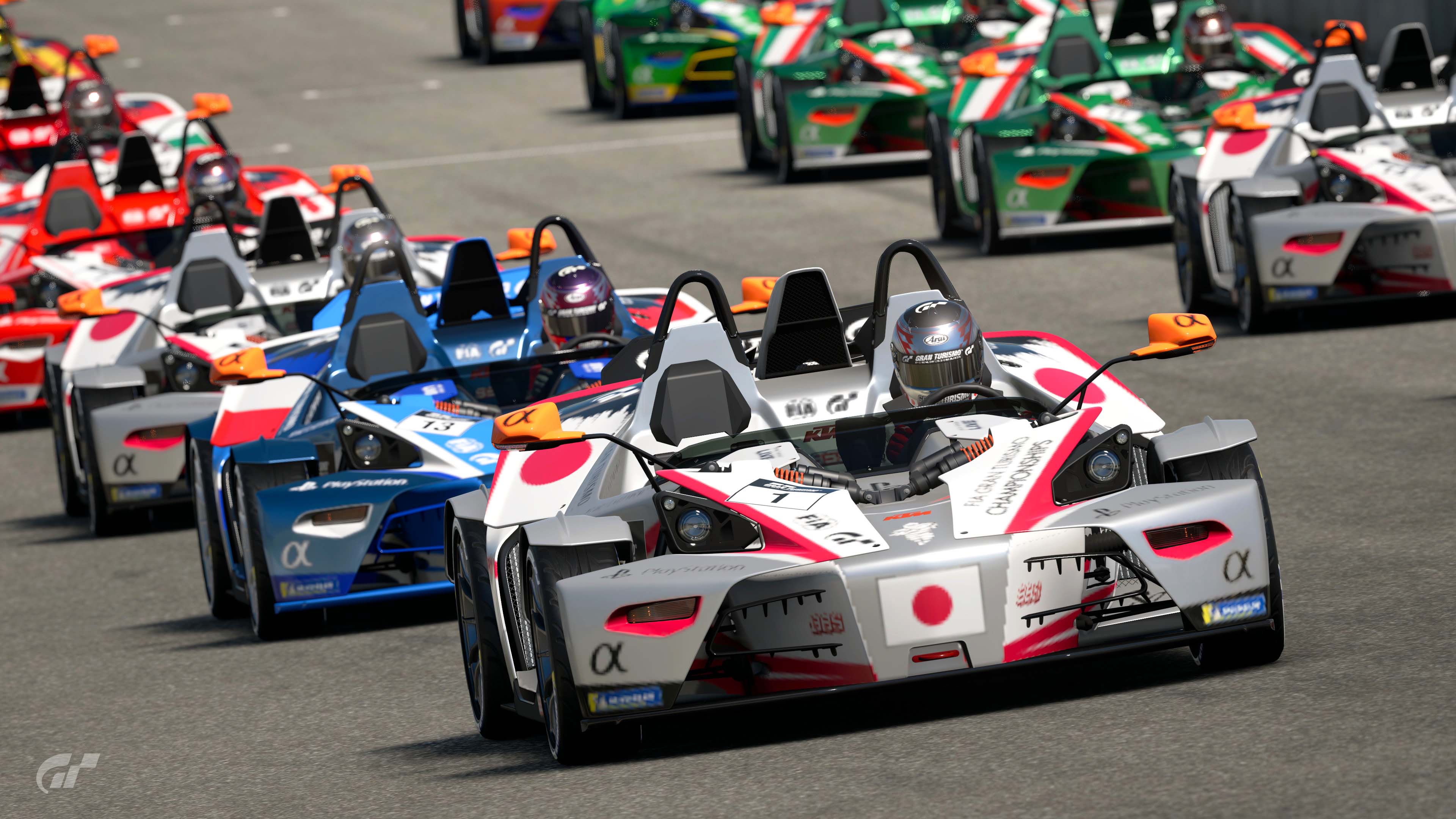 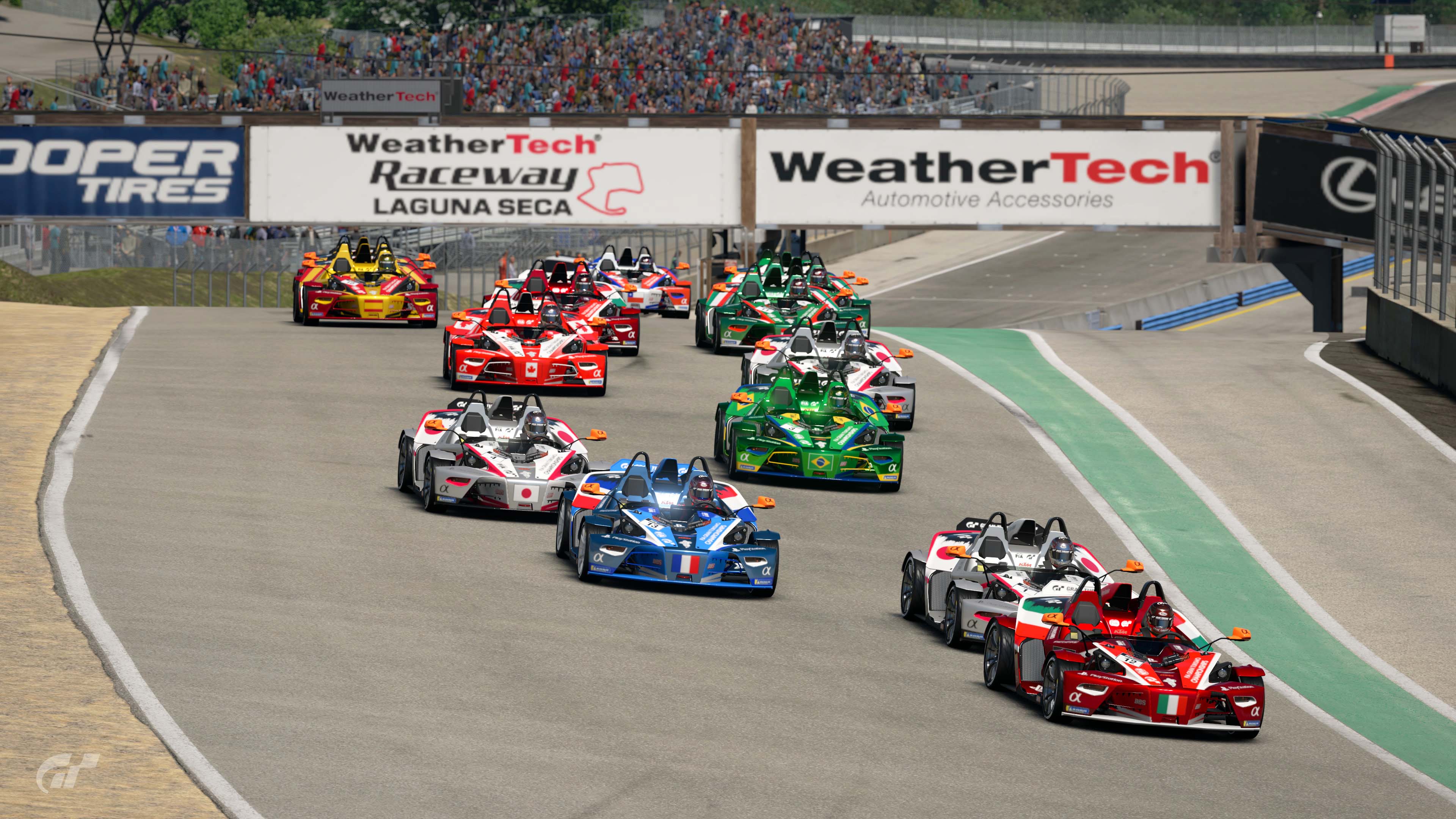 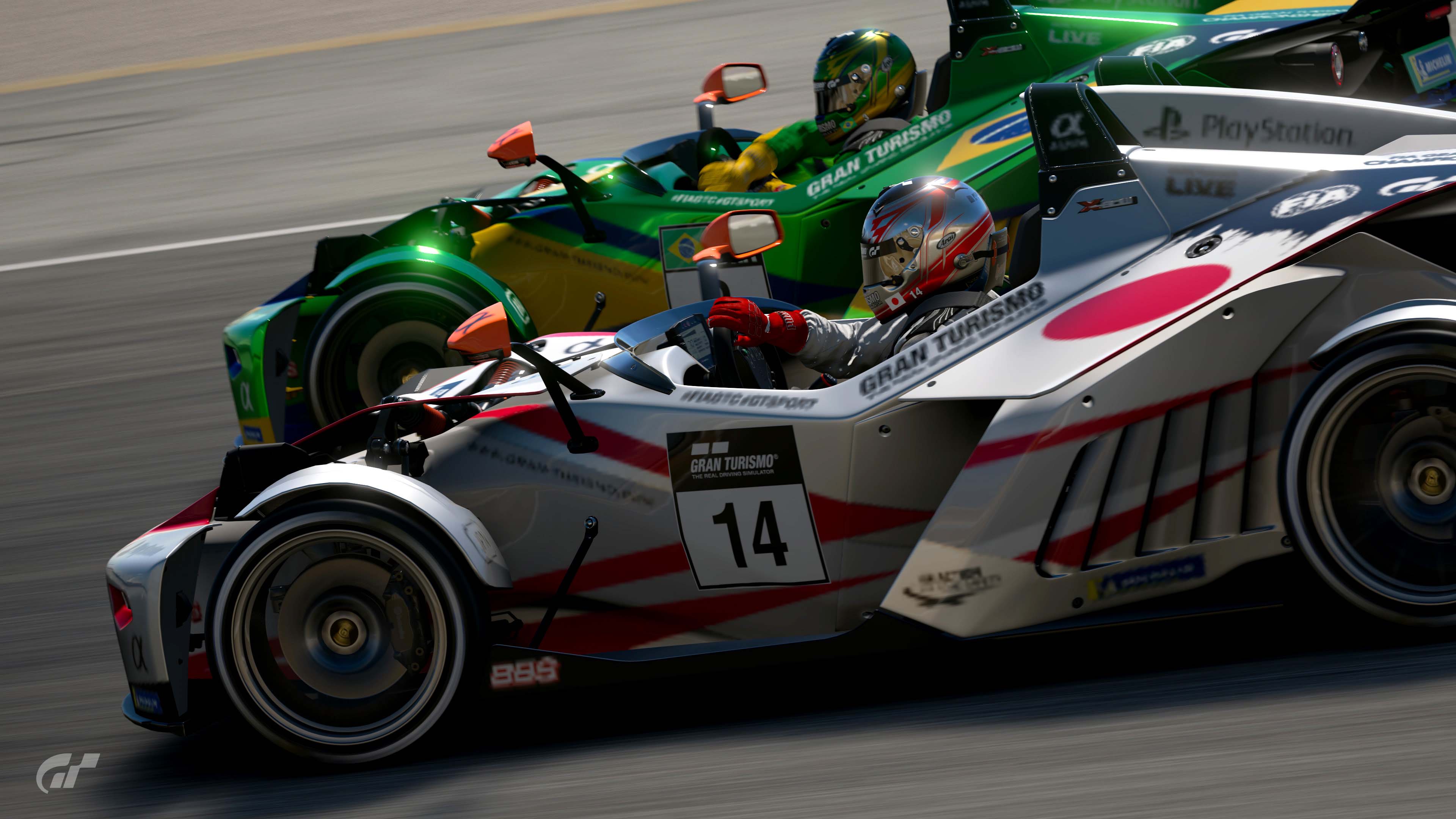 The first notable occurrence of the contest came at the end of Lap 7, when race leader Gallo went into the pits, which seemed a bit premature as his soft-compound tyres still had at least three laps left in them. Was he employing some sort of new strategy? Time would tell, as the other leaders stayed out. Gallo returned to the track in 11th position, more than 30 seconds behind the new leader Yamanaka. Lap 9 saw a host of cars pitting, most of them to swap their medium-compound tyres for the soft-compound ones in hopes of being able to chase down the leaders in the second half of the race. This moved Gallo up to 5th place and Kokubun, who had also pitted earlier, to 6th. 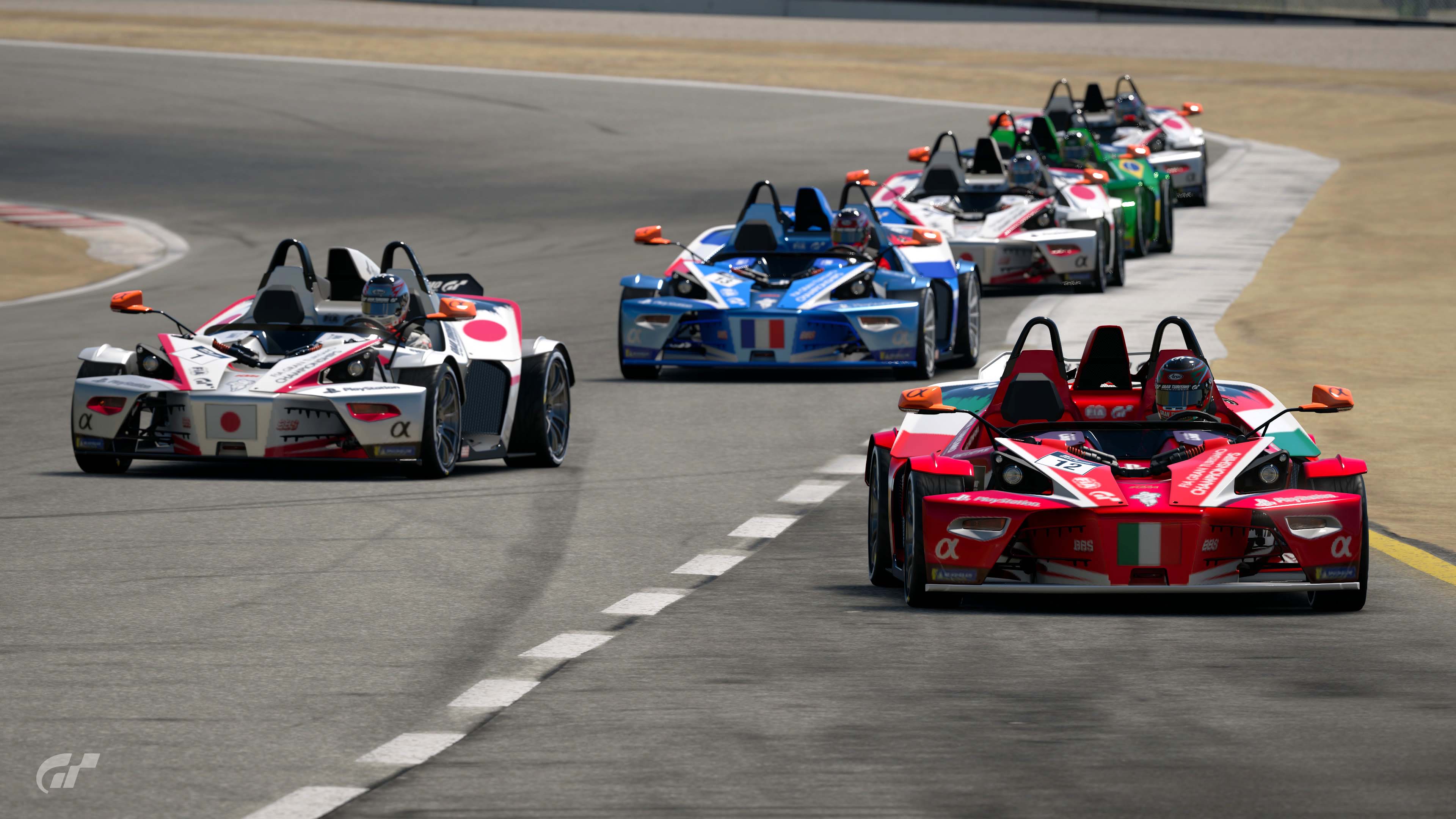 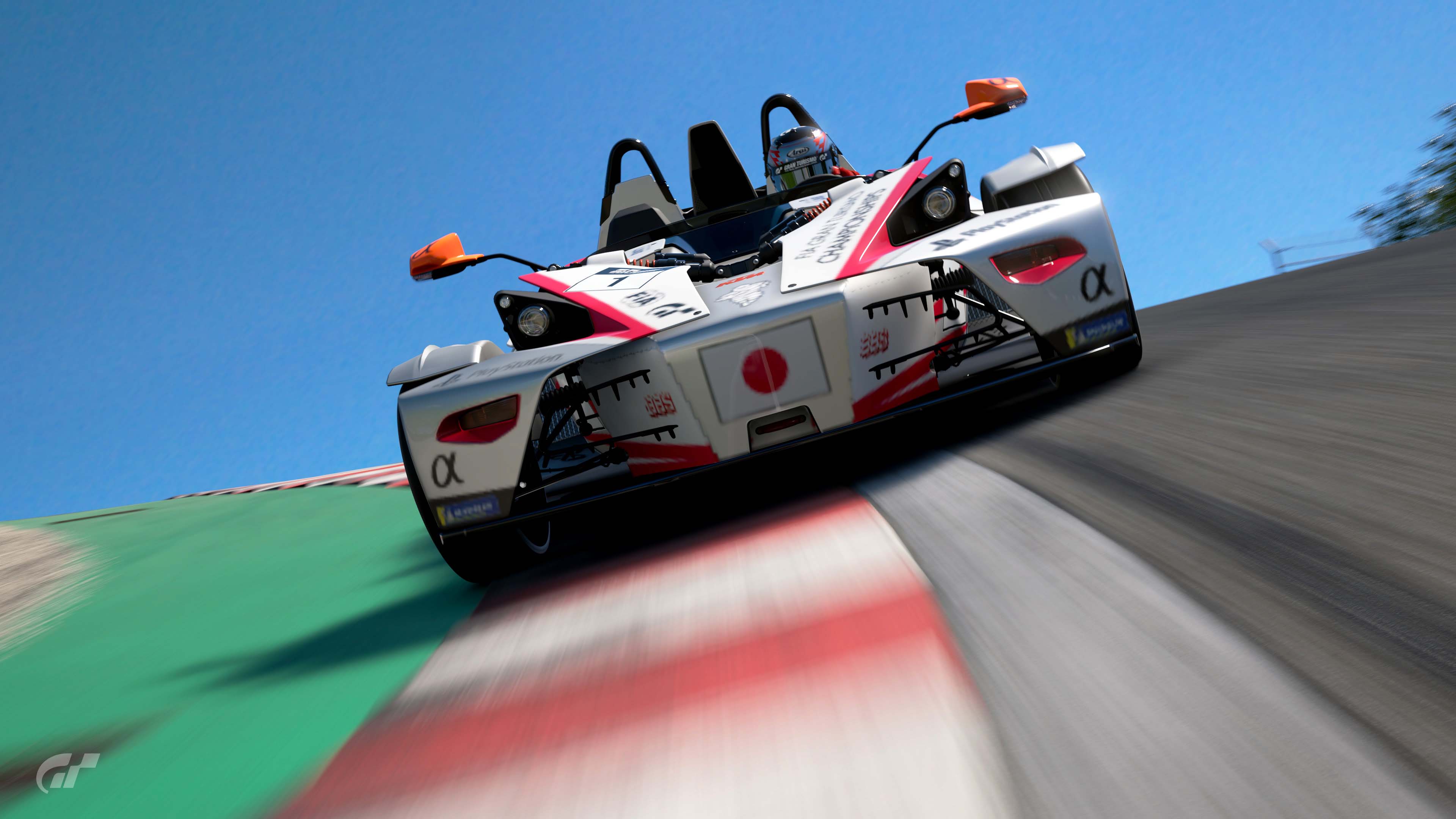 Beauvois came in the following lap, moving Gallo up to 3rd, while race leader Yamanaka pitted a lap later. The Italian reclaimed his lead after the cars returned to the track, appearing as if his early-pit strategy was paying off. Further down the field, Hungary’s Patrik Blazsán (Fuvaros8), who started from P8 on medium tyres, was channelling his inner Lewis Hamilton, closing the gap to the front group who had started on softs but were now on the slower medium tyres until the flag. The Hungarian was catching 6th-place Miyazono at the pace of about a second per lap.

With five laps to go Yamanaka was all over the rear end of Gallo’s KTM X-Bow, which had slowed its pace considerably. Then, Beauvois jumped into the foray, getting by Yamanaka through Turn 5, but the Japanese driver got him right back on the next corner. And while all of this was happening, Blazsán, on the soft-compound tyres, continued throwing down the gauntlet, moving into 5th place after getting by Miyazono and Kokubun. Next in his sights was Bonelli and Beauvois, who were only a half-second ahead. 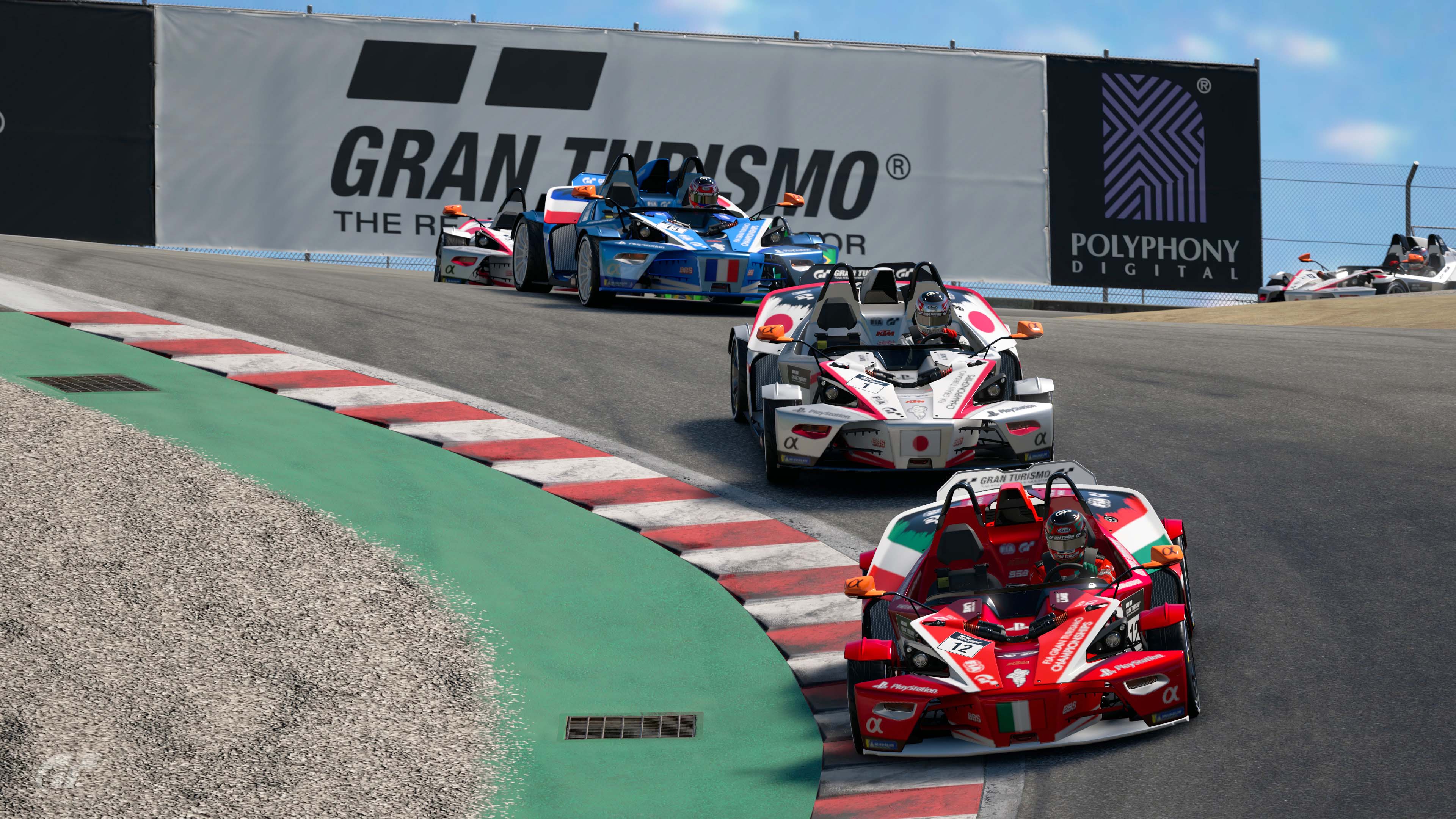 At the start of Lap 17, with Gallo’s tyres all but completely worn, Yamanaka easily overtook him to take the race lead. Gallo continued to trend downward, ultimately dropping to last place. In 3rd place now was Blazsán, the only one among the race leaders with the soft-compound tyres. With three laps to go and only two seconds behind race leader Yamanaka, he was suddenly in an ideal position to take the race. Another driver making big moves late was Brazil’s Adriano Carrazza (KoA_Didico15) who had started in P12 and moved all the way up to 5th, getting past Kokubun, Miyazono and Gallo in the span of one lap. 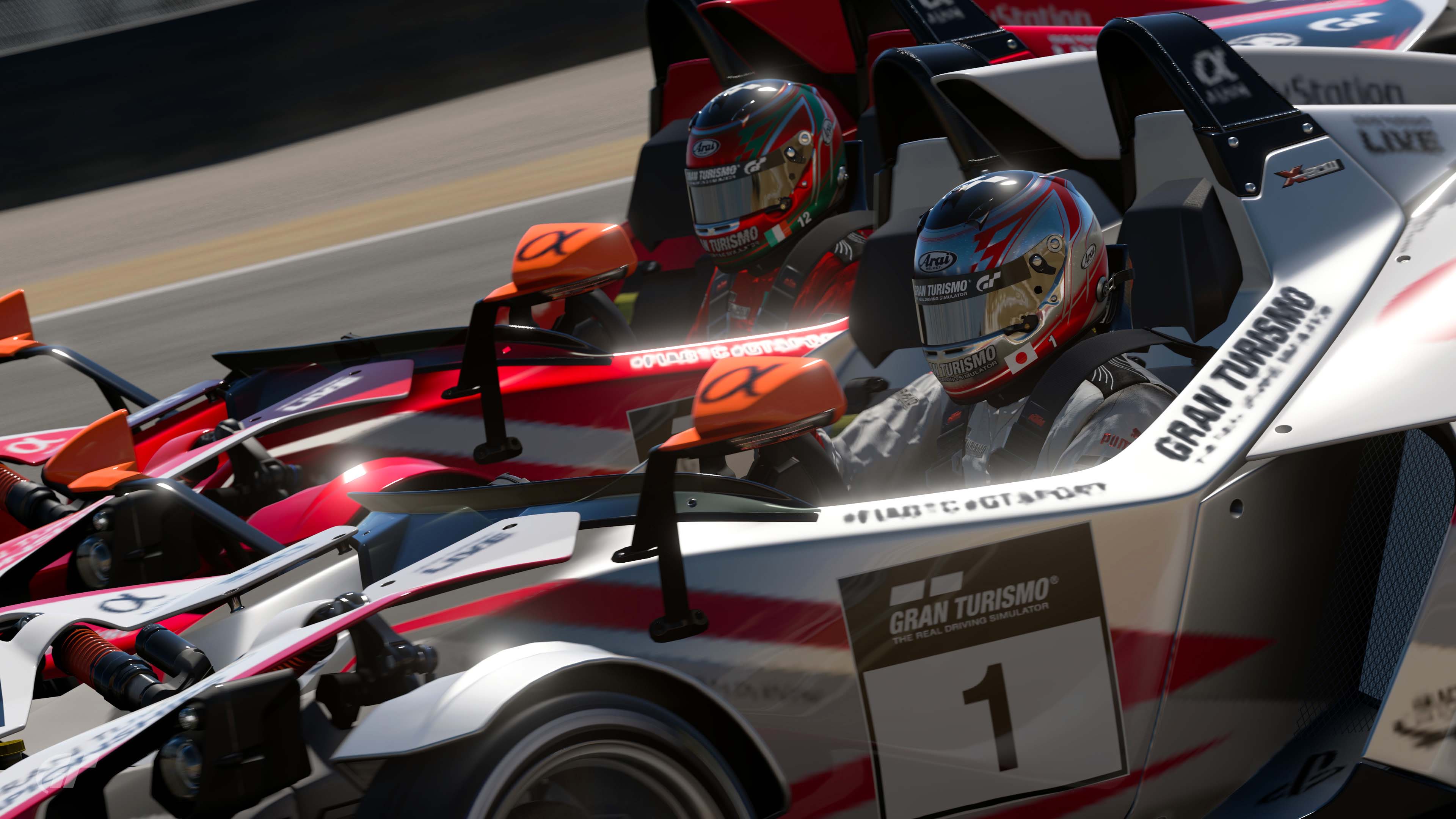 By Lap 18, the Hasty Hungarian had moved to 2nd place and filled up Yamanaka’s rearview mirrors with his dark green car. Blazsán made his move on the final corner of Lap 19, getting past Yamanaka on the front straight to claim P1. He would not look back, taking his lead all the way to the chequered flag with Tomoyuki Yamanaka in tow. Baptiste Beauvois crossed the line in 3rd, while Adriano Carrazza took home a well-earned 4th place. 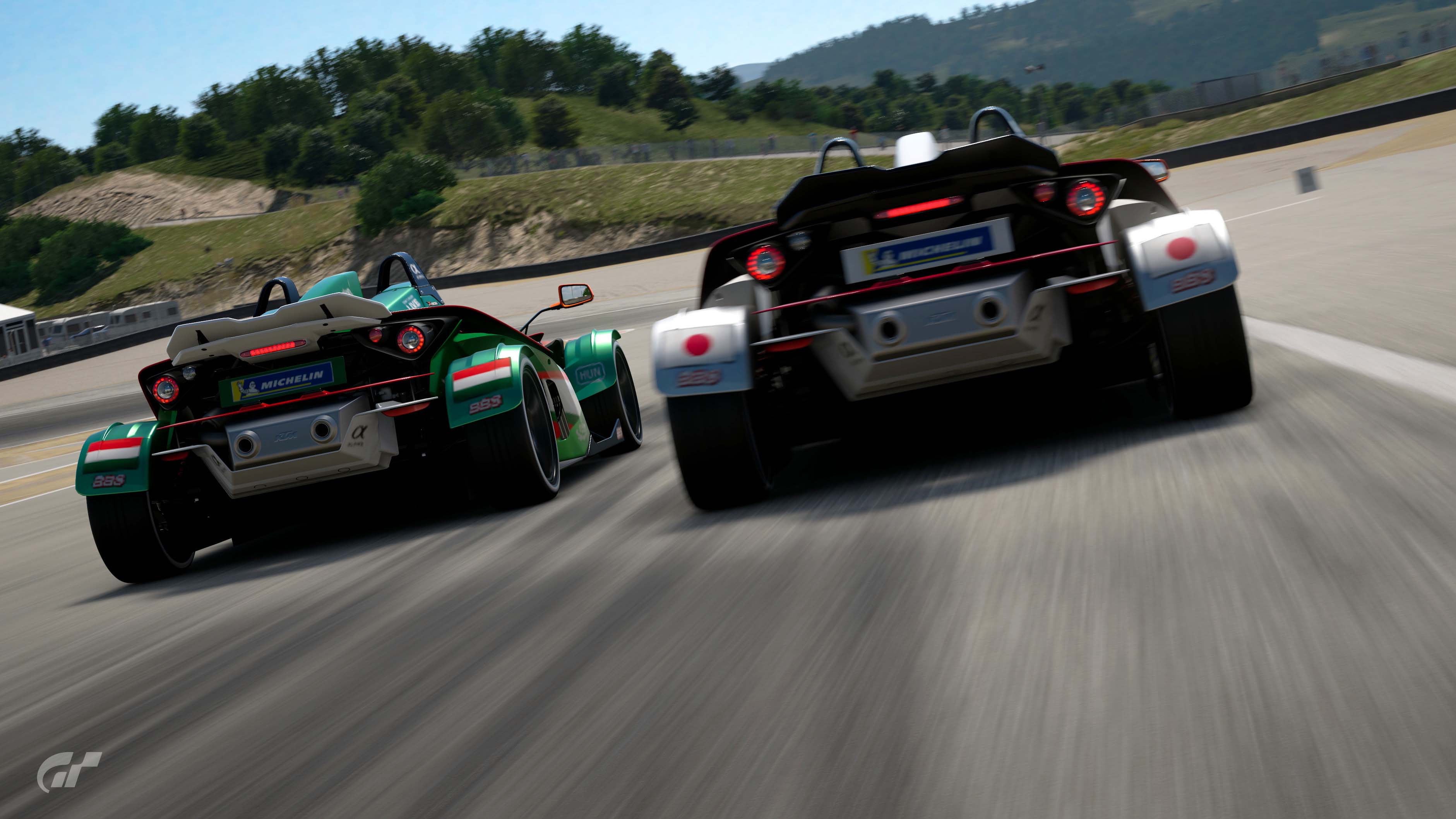 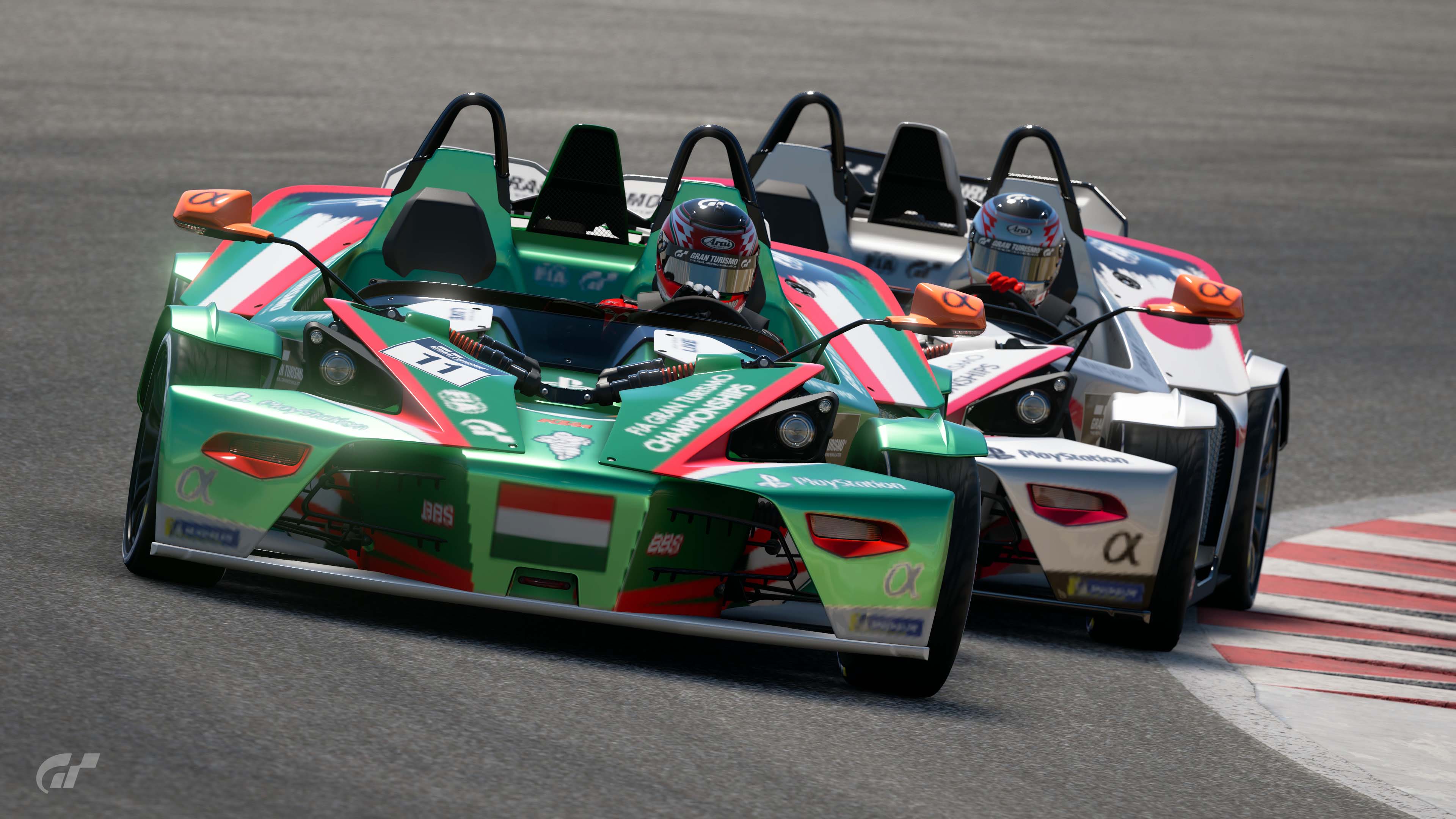 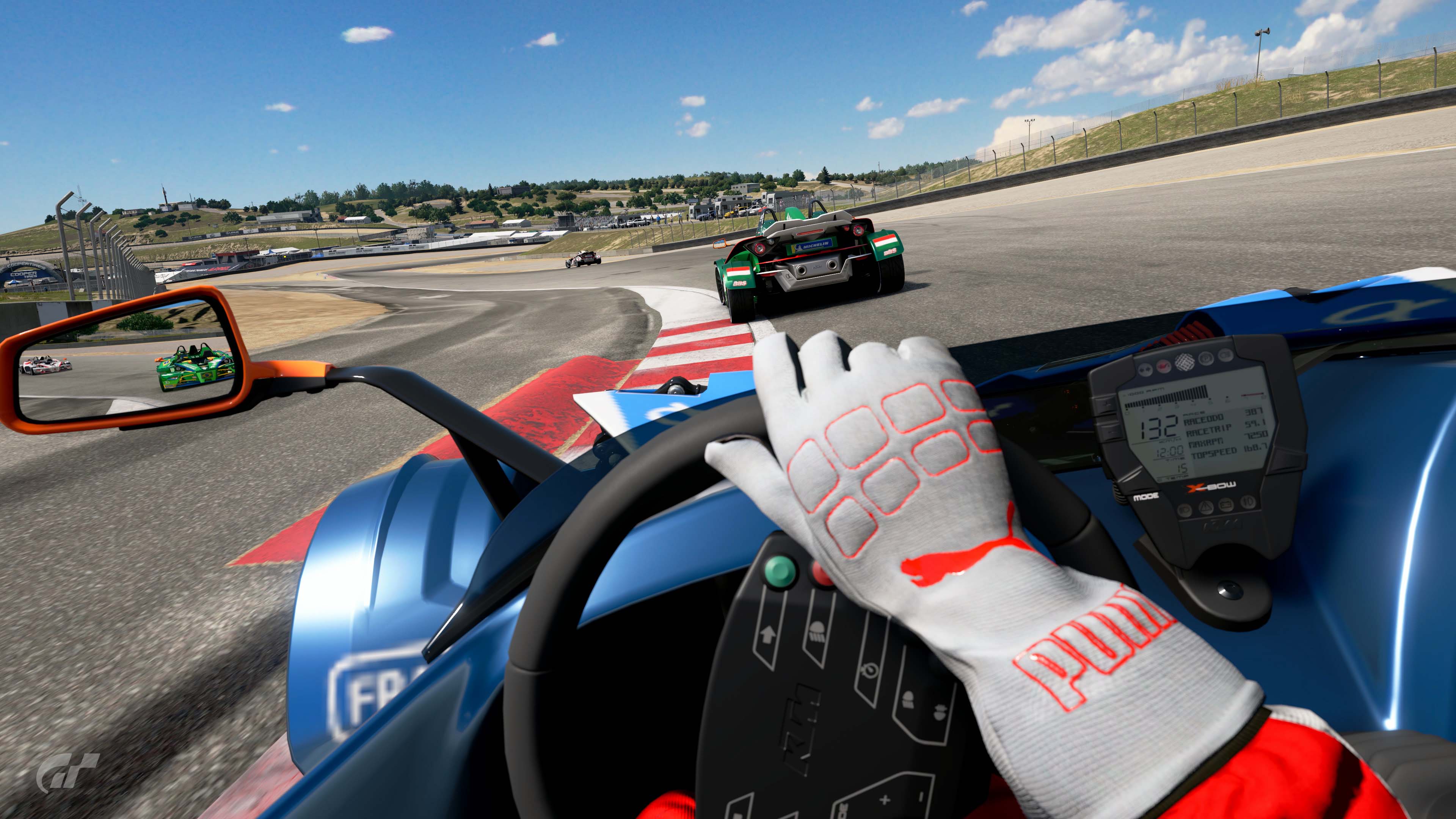 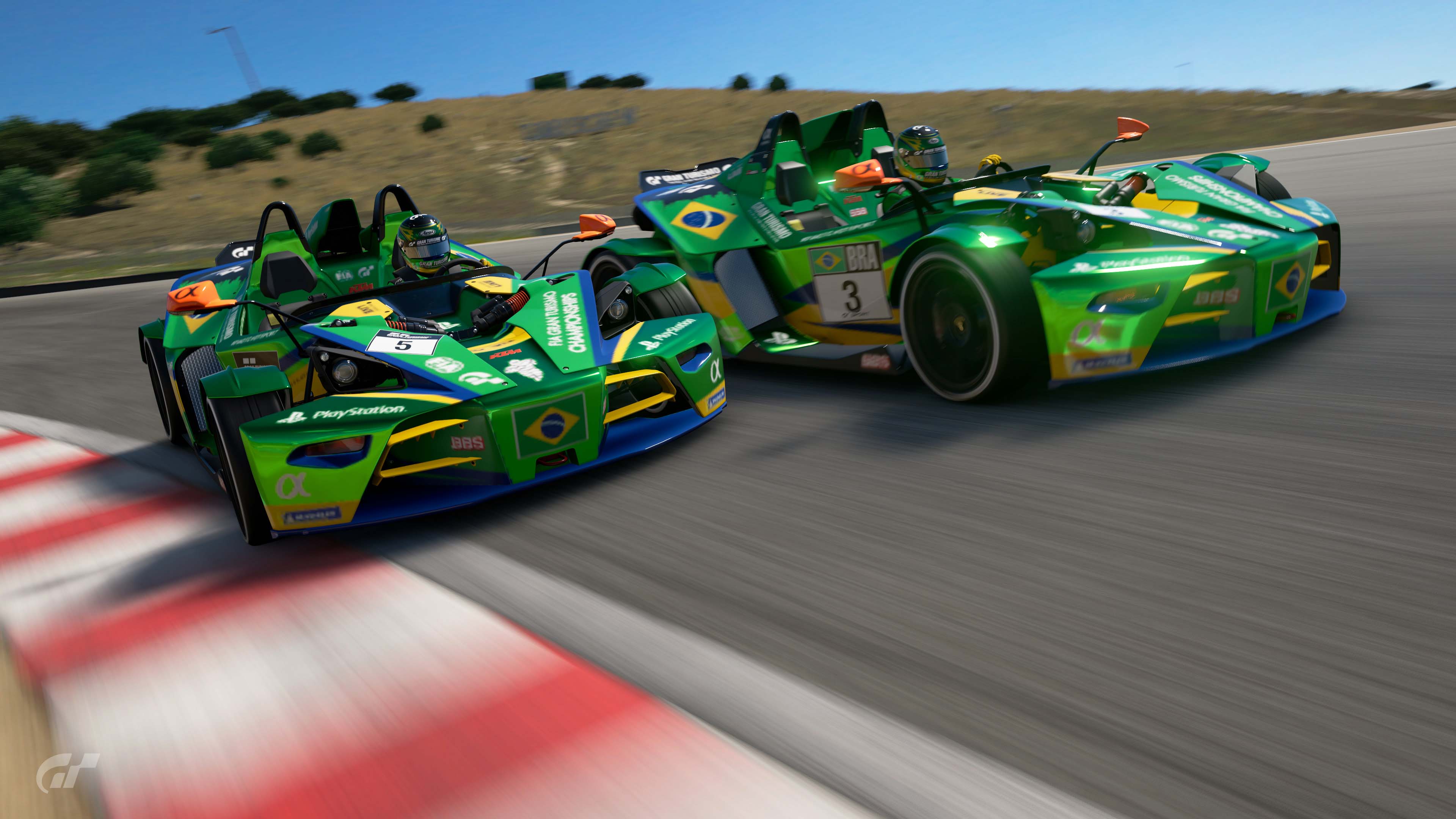 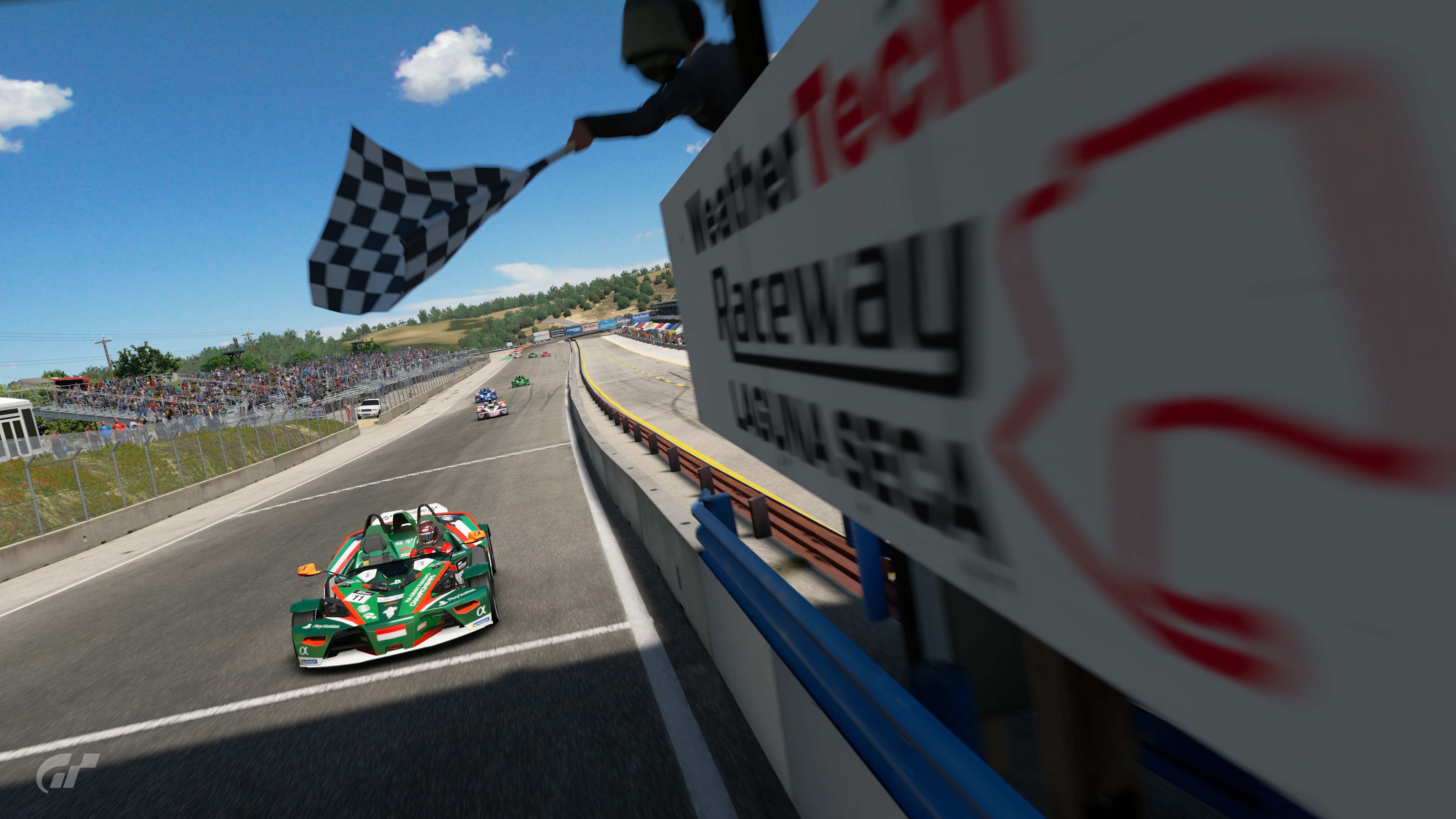 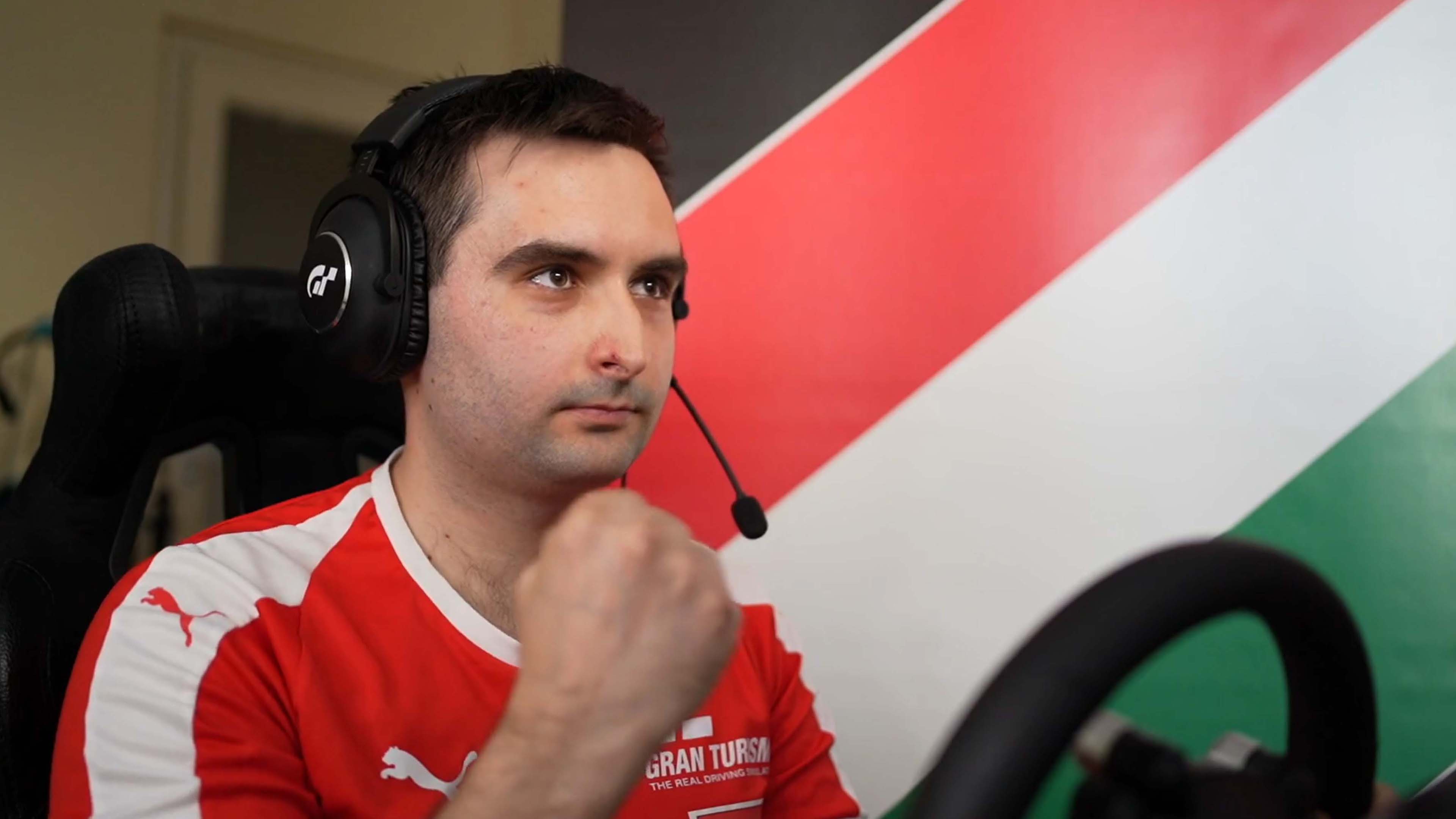 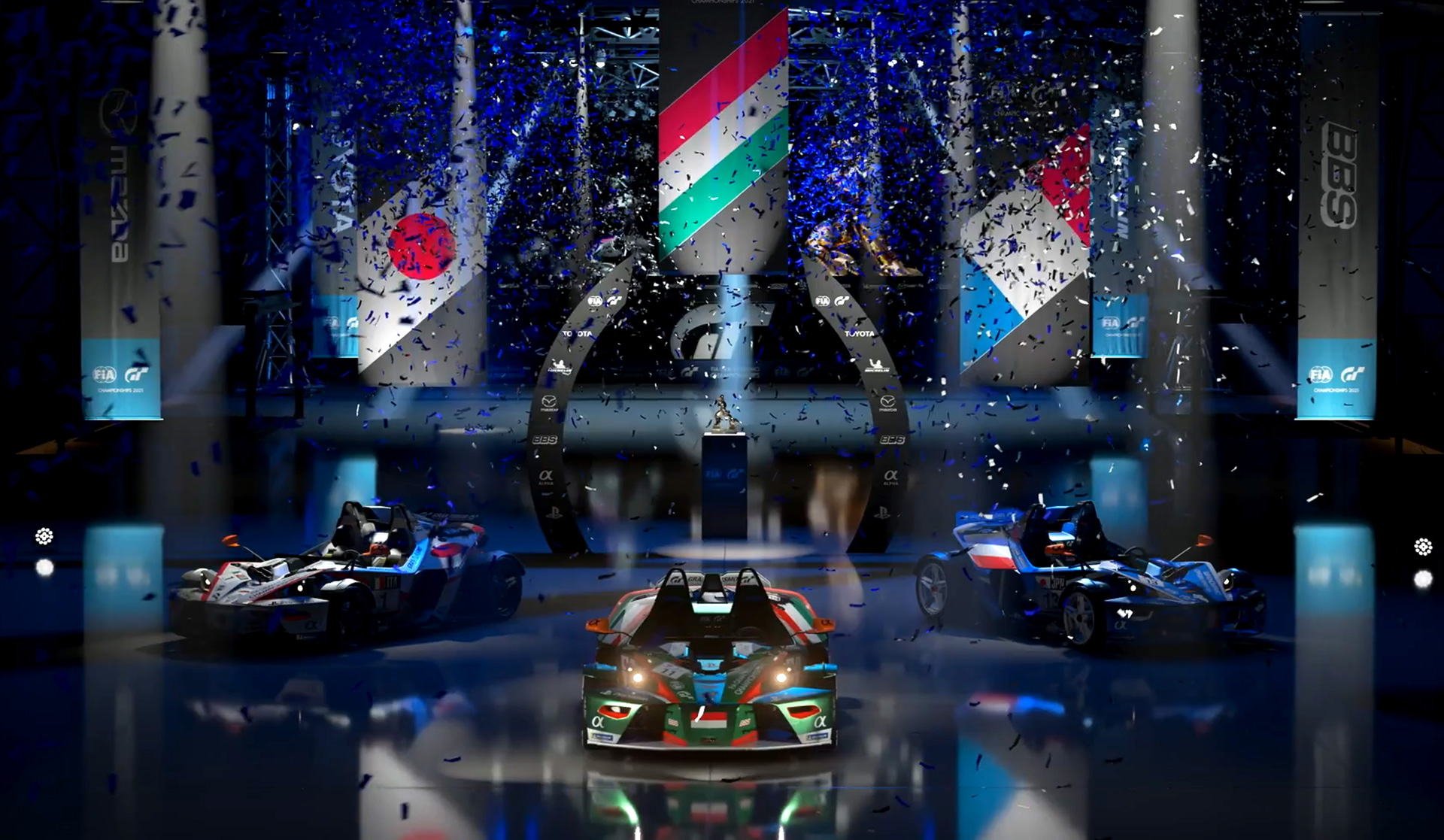