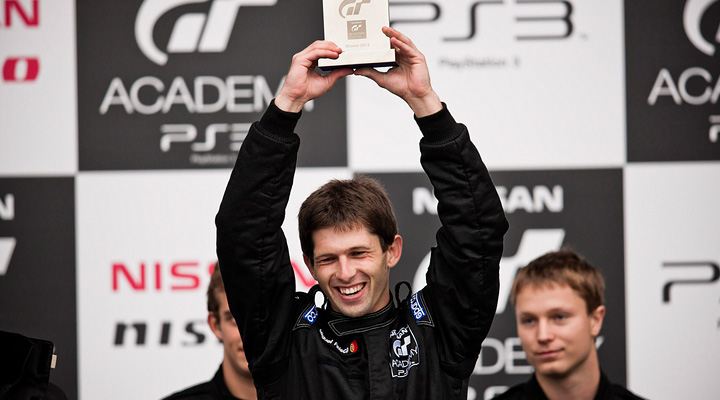 GT Academy 2013 offered a special treat for Gran Turismo® fans – the qualifying round in July was set on an exclusive demo of the eagerly anticipated Gran Turismo®6, six months before the full game launched. In only four weeks, 765,000 gamers in 16 European countries downloaded the demo and completed the GT Academy-themed GT6™ levels to unlock the final qualifying round. The demo was set on the Silverstone Circuit; this was the first time the track appeared in the Gran Turismo series and was a perfect fit for the competition as Silverstone is the traditional home of GT Academy Race Camp. 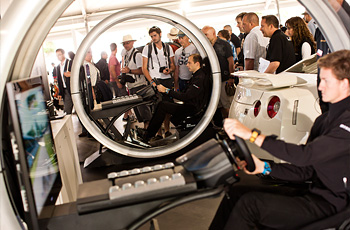 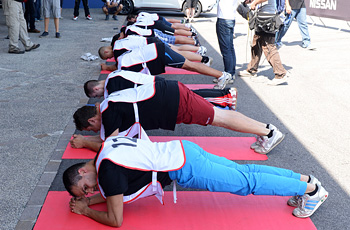 Meanwhile, Live Events were held across Europe to give an opportunity to those who may not have the chance to reach the top qualifying spots at home. Competitions at events such as Goodwood Festival of Speed in the UK and Le Mans 24 Hours in France allowed the fastest gamers there to have direct entry to their local National Final, alongside the top online qualifiers.

Altogether 42 gamers arrived at Silverstone in September 2013, each one strong in the belief that they could become the next European GT Academy Champion. 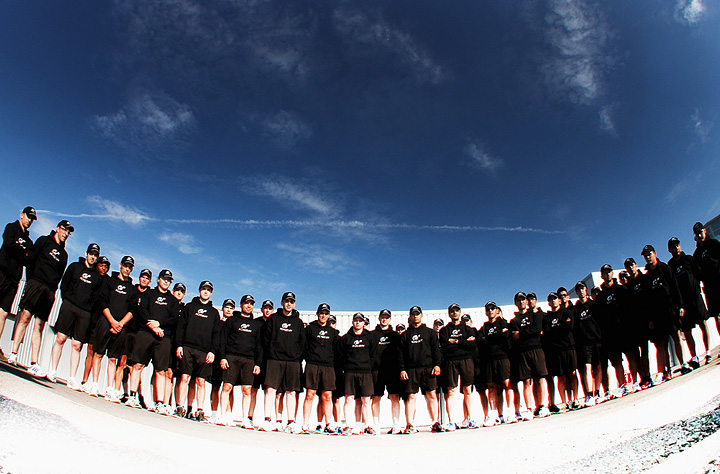 Race Camp saw the finalists get behind the wheel of the Nissan 370Z NISMO, Nissan Juke NISMO and the mighty Nissan GT-R, as well as taking part in a Nissan Micra stock car race and getting their first chance to drive single-seaters.

Eliminations throughout the week whittled each group of six down until the territory champion was crowned on the penultimate day. Some eliminations were tougher than others. The ‘dogfight’, where two contestants went head-to-head in identical Nissan Juke NISMO cars, took the decision out of the judges’ hands but was very tense and often very close, especially on a wet track. It was so close between Benelux’s Bart Jansen and Nicolas Beguin, it was a photo finish! They had a nervous wait while the judges poured over the video footage to see who had crossed the line first – with Nicolas announced the victor by the narrowest of margins. 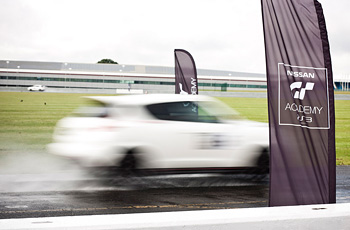 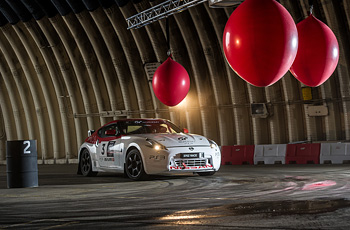 One of the most popular activities was an auto assault course in and around the hangars of a former US air base, designed to test advanced car control. Various challenges and distractions were set up, with laser-beams, paintball guns and giant water balloons, teaching the finalists how to focus on their driving while expecting the unexpected.

Off-track, the competitors battled through a gruelling cross-country fitness test, underwent in-depth reaction tests and had classroom lessons in sports and driving psychology as well as sitting their ARDS race licence theory test. 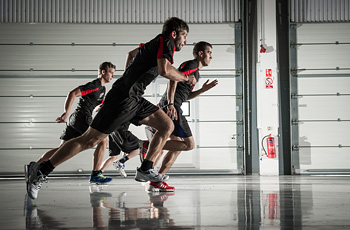 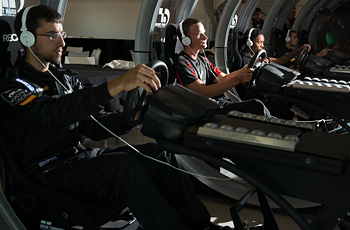 It wasn’t all hard work though. PlayStation® race pods were set up at Race Camp HQ with the GT6 demo of Silverstone available to play during any down time. With Europe’s best Gran Turismo players present, it was hard to drag them away from the game. Even the judges got involved, with Tonio Liuzzi desperate to set the fastest lap of all the pro drivers. The competitors enjoyed turning the tables and offering tips to their mentors for once!

Racing legend Johnny Herbert flew in to join Race Camp immediately after the Italian Grand Prix. This was his fifth GT Academy Race Camp, but the first time as International Head Judge. With a big decision to make, he took his role very seriously, but of course that didn’t dull his usual cheery demeanour. Assisting Johnny was a star-studded line-up of judges, including three more former Formula One® drivers – Rene Arnoux, Stefan Johansson and Vitantonio Liuzzi. 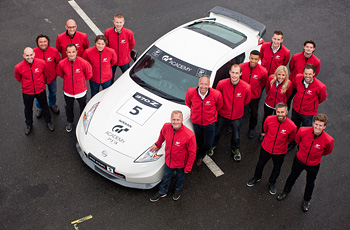 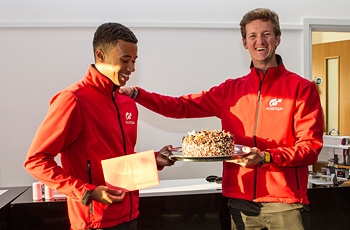 Jann Mardenborough, GT Academy Champion 2011, celebrated his 22nd birthday at Race Camp on 9th September. Race Camp requires a strict healthy diet, but an exception was made for birthday cake! Jann then headed off to Hockenheim for an all-important Formula 3 test. 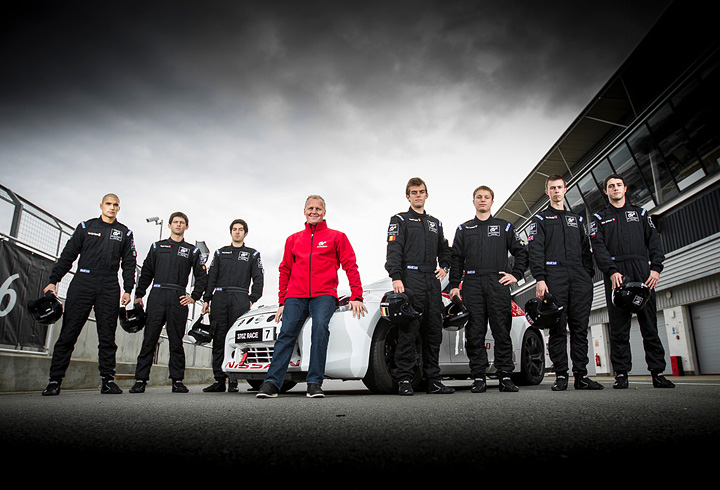 The seven territory champions went head-to-head in their last chance to prove their talent to Johnny and his team of judges. Right on cue, the rain started to fall just as the first heat got underway. In a dramatic moment, Belgian hopeful Romain Delva spun off the wet track from the lead of the final race and ended up at the back of the pack, unable to make up the lost time. Meanwhile Adam Suswillo from the UK impressed by fighting up to second place while Miguel Faisca from Portugal took over the lead and raced flawlessly to the flag. 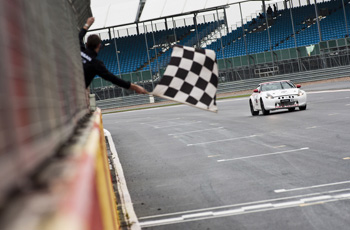 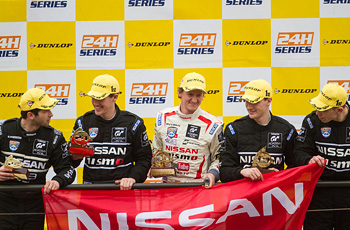 After a final judges’ deliberation, Miguel Faisca was announced as the GT Academy European Champion 2013. He had been strong all week and withstood intense pressure to win both of his race heats on the final day, proving himself worthy of the crown. After an intensive Driver Development Programme during the winter of 2013 to gain his international race licence, Miguel has realised his dream of becoming a racing driver. He finished on the top step of the podium at the Dubai 24 Hour in January 2014, his first international race, and is competing as one of Nissan’s elite NISMO Athletes in the Blancpain Endurance Series in the 2014 season.