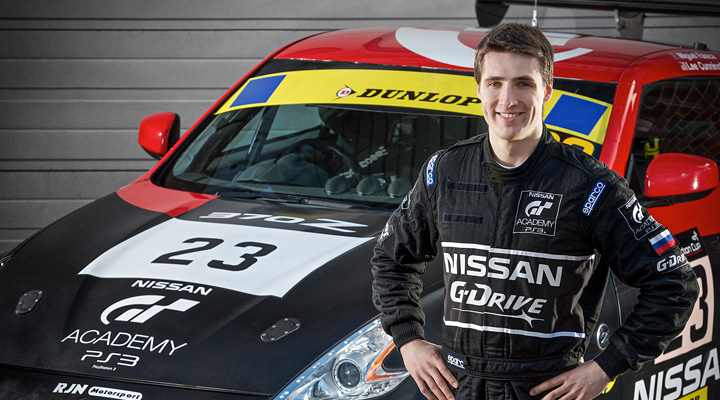 Stanislav was studying at the Moscow State Technical University when he won GT Academy Russia in 2013. He had always wanted to be a racing driver but had little opportunity to enter the sport while growing up in Moscow. Instead he took a job as a test driver with a car manufacturer, until he heard that the award-winning gamer-to-racer competition GT Academy had made its way to Russia.

With Mark Shulzhitskiy, the first Russian GT Academy winner, flying the Russian flag in the Blancpain Endurance Series and even the World Endurance Championship, Stanislav was inspired to follow in his footsteps. He picked up Gran Turismo and began practicing in earnest in the run up to the qualifying period during summer 2013. When he wasn’t on his PlayStation®3, he trained in the gym, dropping his weight by over 10kg in preparation for the competition.

His hard work paid off and Stanislav found himself at Silverstone for GT Academy Race Camp. He faced tough competition from 10 others, but he had made sure he was as well prepared as possible. “I think my self-control helped at Race Camp,” Stanislav said afterwards. “I wasn’t nervous for each race, and my physical preparation was much better than some of my opponents.” Formula One® rookie in 2014, Daniil Kvyat, and Vitaly Petrov – the only Russian to have scored an F1 podium so far – were on hand at Race Camp to help Russian racer Roman Rusinov select the winner. Stanislav impressed them with his fitness as well as his speed behind the wheel, and the hard-fought GT Academy crown was his.

After an intensive three-month Driver Development Programme, Stanislav joined the ranks of the NISMO Athletes, racing internationally for Nissan. In January 2014, Stanislav and the other 2013 GT Academy winners took a dominant class victory at the Dubai 24 Hours. The 2014 season sees him racing a Nissan GT-R GT3 in the Blancpain Endurance Series.