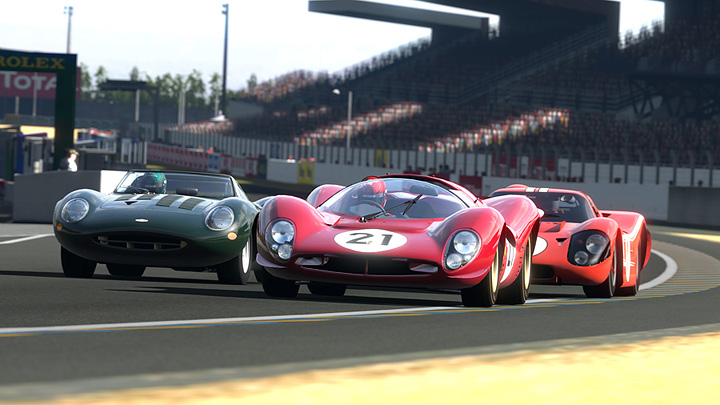 The Ambition of Ford, and the Hope of Ferrari

In 1967, the motorsports world was buzzing with the excitement over the one on one shootout between Ford and Ferrari.

4 years prior, Ford had attempted unsuccessfully to purchase Ferrari, and instead they developed own midship racecar to take the throne of sportscar racing. They came with both fists swinging into the European world of racing, and won the LeMans in 1966, a first for an American car. And in the following year, they developed an even more powerful machine to take a firm grasp of their newly acquired throne: The 7 liter V8 powered Mark IV, producing 530ps.

On the other hand, Ferrari was the hope of all Europeans rallying to "Defeat America" since the LeMans of the previous year. They had been improving on their midship 330 P to fight Ford, and in 1966, the 330 P3 was upgraded to the 330 P4. The 4 liter 12 cylinder engine produced 450ps, and its extremely light weight was its advantage. 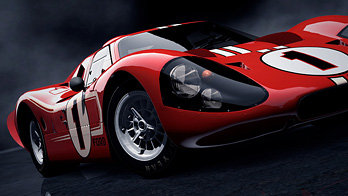 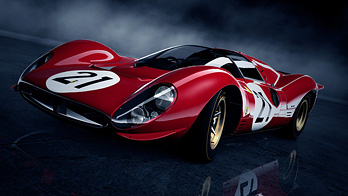 The battle on the 1967 Sarthe Circuit revisited

In early February 1967, the first face off between Ferrari and Ford took place in the Daytona 24 hour race. The development of the Mark IV was not ready yet, and the Ford entering the race was the Mark IIB. Though it was a race on their home turf of America, the Mark IIB was plagued by machine trouble and was defeated by Ferrari. The Ferrari 330 P4 took both first and second place, and the 412 P which was a P3 powered by a P4 engine, took third place, dominating the podium.

Then came the LeMans 24 hour race in June; Ford entered four completed Mark IVs' into the race, to go against four 330 P4s'. The Mark IVs' immediately took off to a flying start, and avenged their losses in Daytona. Ferrari attempted to regain ground, but was not able to turn the tide. The winner was the Mark IV, with Ferrari barely saving face by taking 2nd and 3rd place,

The three way battle including the XJ13 that never came to be; now made possible.

That was how 1967 was engraved in the minds of racing fans, as the year of fantastic battles between Ford and Ferrari. Yet unknown to many, was another machine being secretly developed that could have completely pushed the turn of events in a whole different direction. That machine was the Jaguar XJ13.

Jaguar had been developing a LeMans car to replace the D type since the beginning of the 60's. The prototype completed in 1966, was powered by Jaguar's first V12 engine ever, a monster that produced 500ps from 5 liters of displacement. The engine was mounted midship on the XJ13, and it was a machine that could have gone face to face with both Ford and Ferrari at the time.

Jaguar had decided to make their triumphant return to LeMans in the following year with this car, and secretly started testing with the vehicle. But just months from the LeMans, the project was cancelled. Jaguar was suddenly rocked by talks of a merger, and their racing activities came to a complete halt. The XJ13 never had its chance in the limelight - and with an accident during testing in 1971, it disappeared from the scene as if it was never there.

This Fateful Battle is in Your Hands.

In Gran Turismo 5, the Ford Mark IV, Ferrari 330 P4, and the Jaguar XJ13 stand together at last on the same stage. You can be the one to recreate the battle that never came to be. 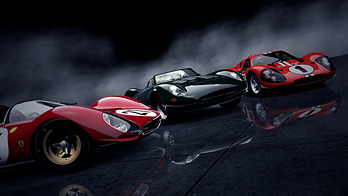 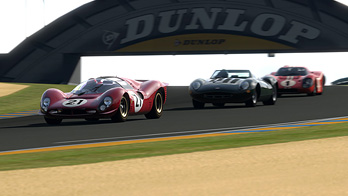 You determine the outcome of the race that was forbidden by fate.