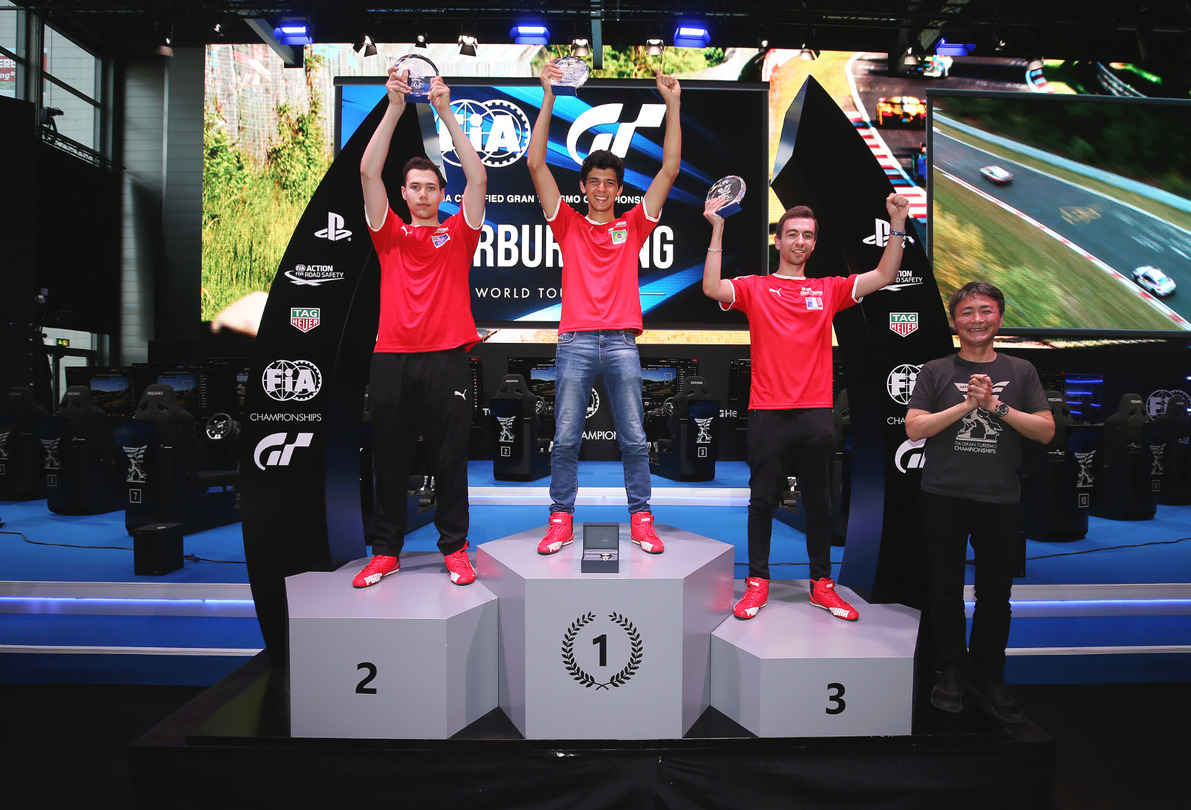 The inaugural champion, Igor Fraga of Brazil, gives a memorable performance to claim victory in the World Tour!

Brazilian driver Igor Fraga grabbed the championship in the second Nations Cup event of the series at "World Tour 2019 - Nürburgring," which took place in Germany on June 22. 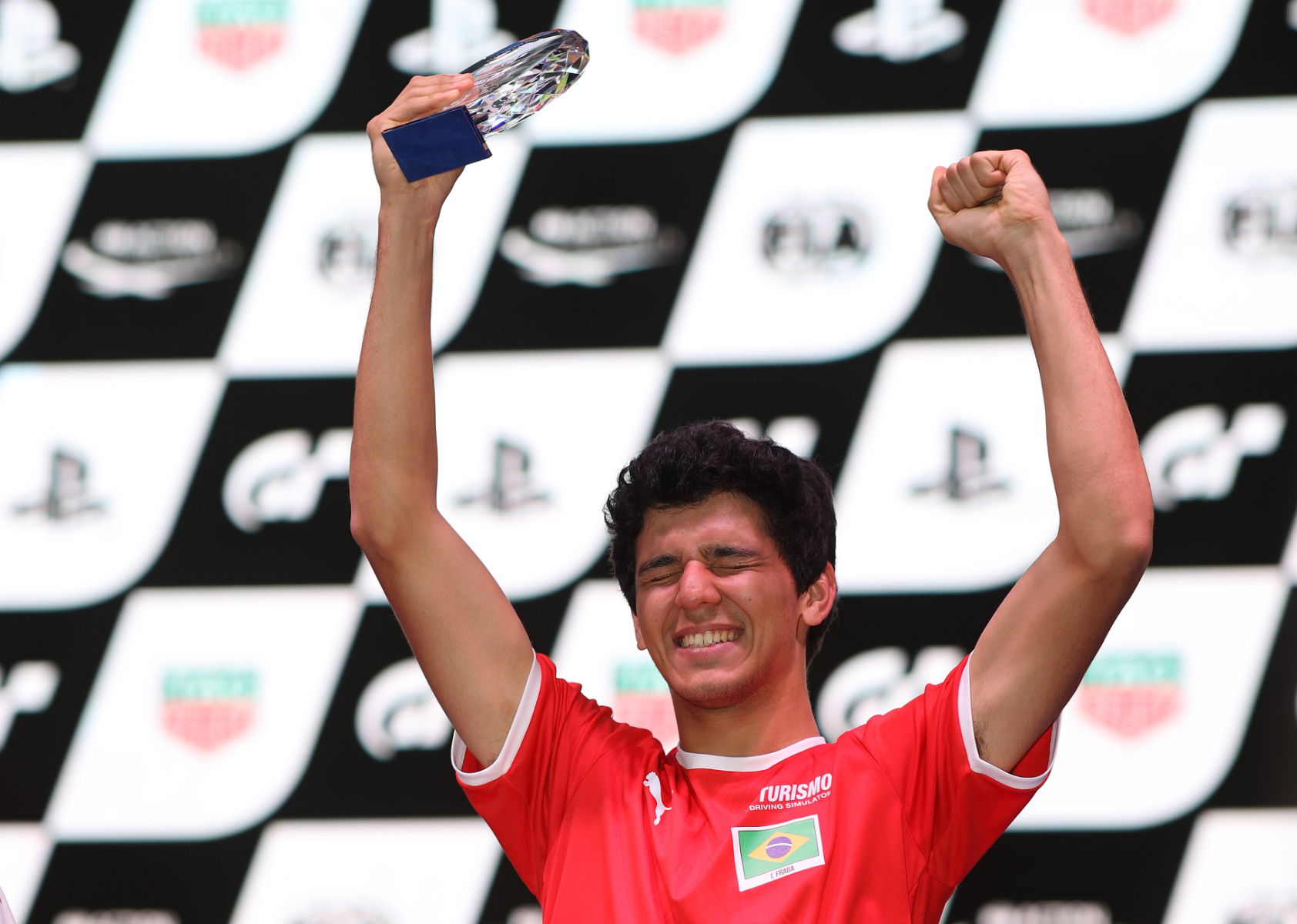 As an official part of the "FIA Gran Turismo Championships," the World Tour 2019 consists of five events with the final one taking place at the Tokyo Motor Show on October 26 and 27. The end of the Nürburgring event represents the midway point of this exciting season.

The Nations Cup is a tournament with drivers representing their respective countries. At the end of Stage 1, the top 24 ranked drivers from 18 different countries successfully clinched a spot at the track known as the Green Hell. Among them was Igor Fraga, the inaugural Nations Cup champion, and Nicolás Rubilar, winner of the previous World Tour event in Paris. 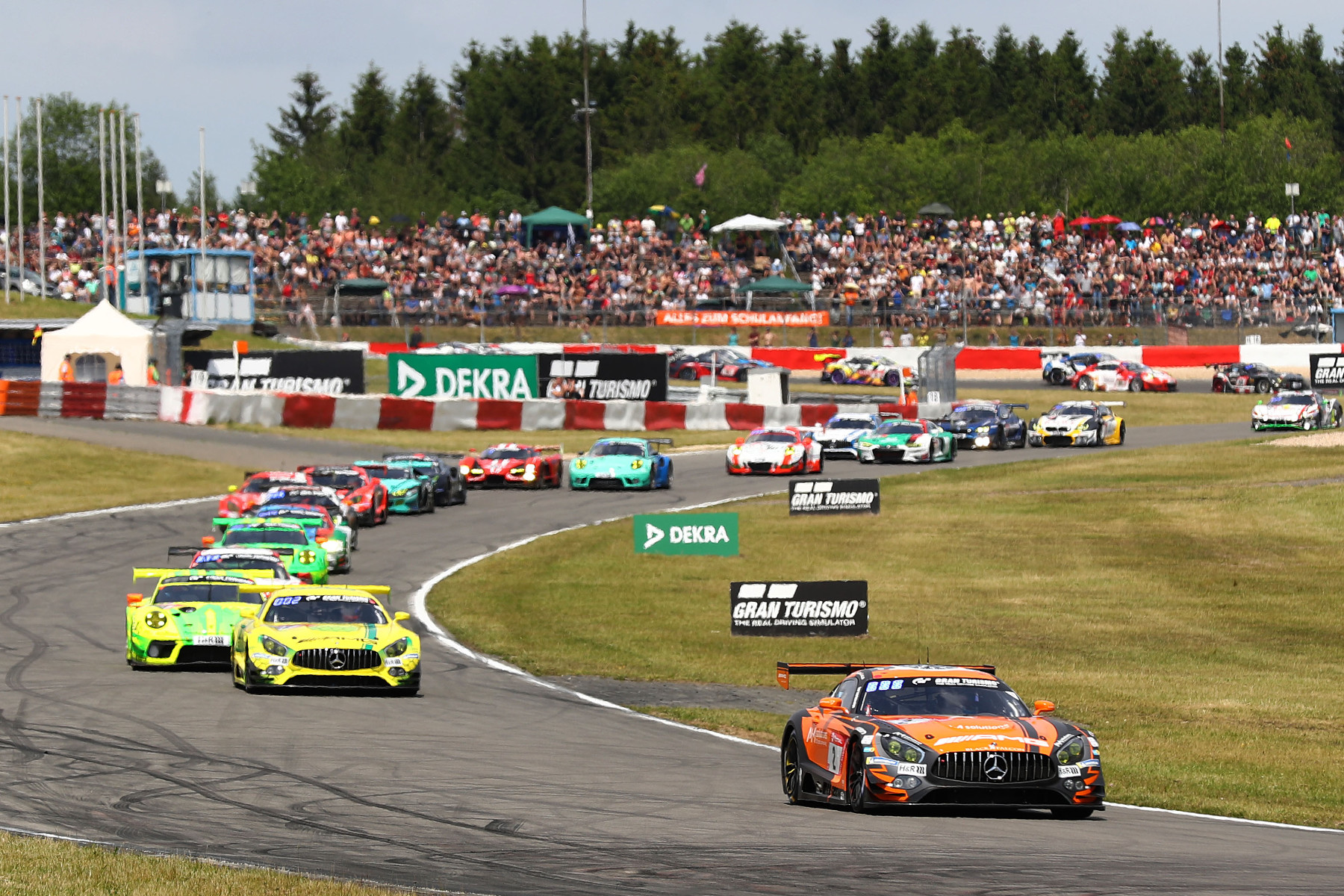 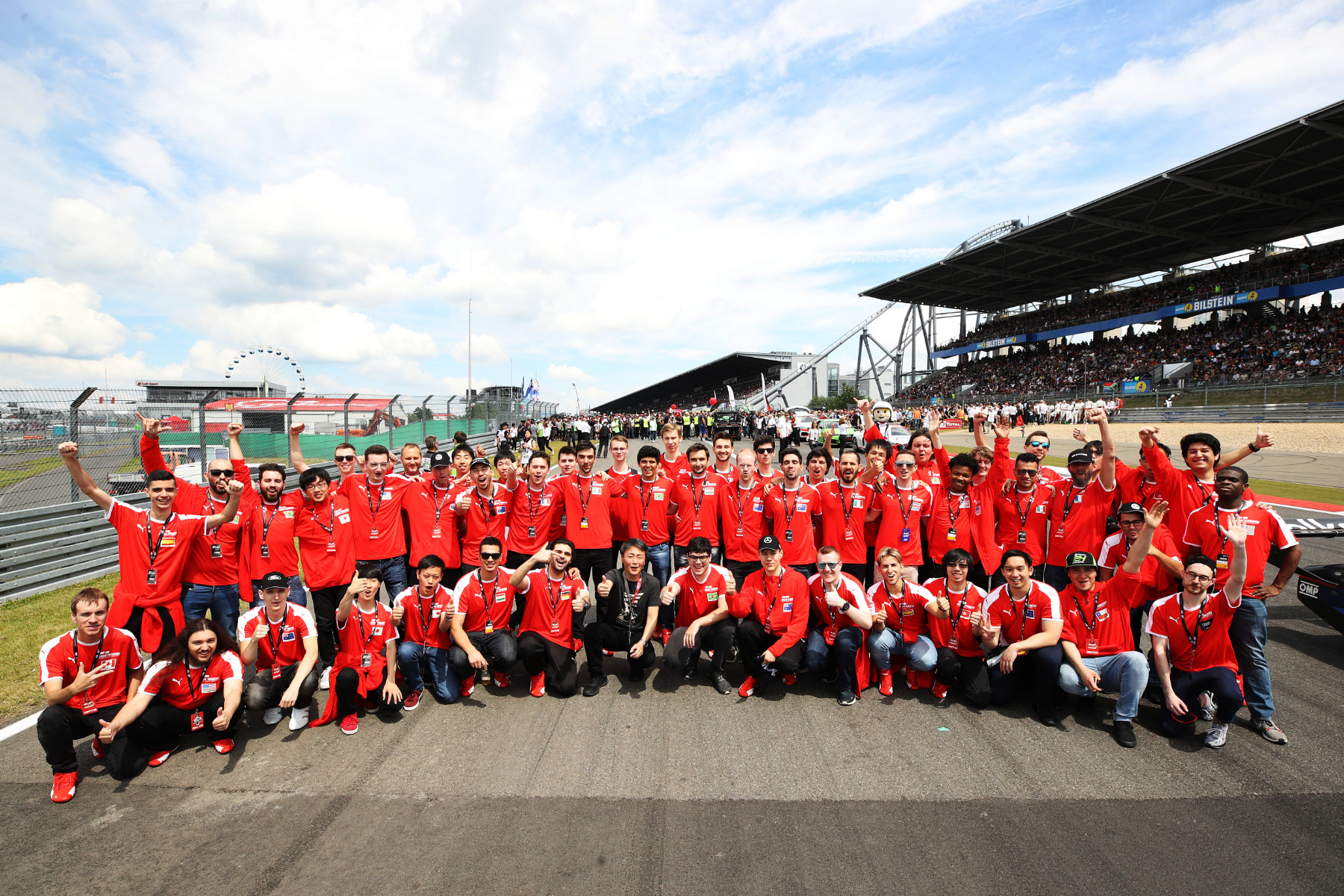 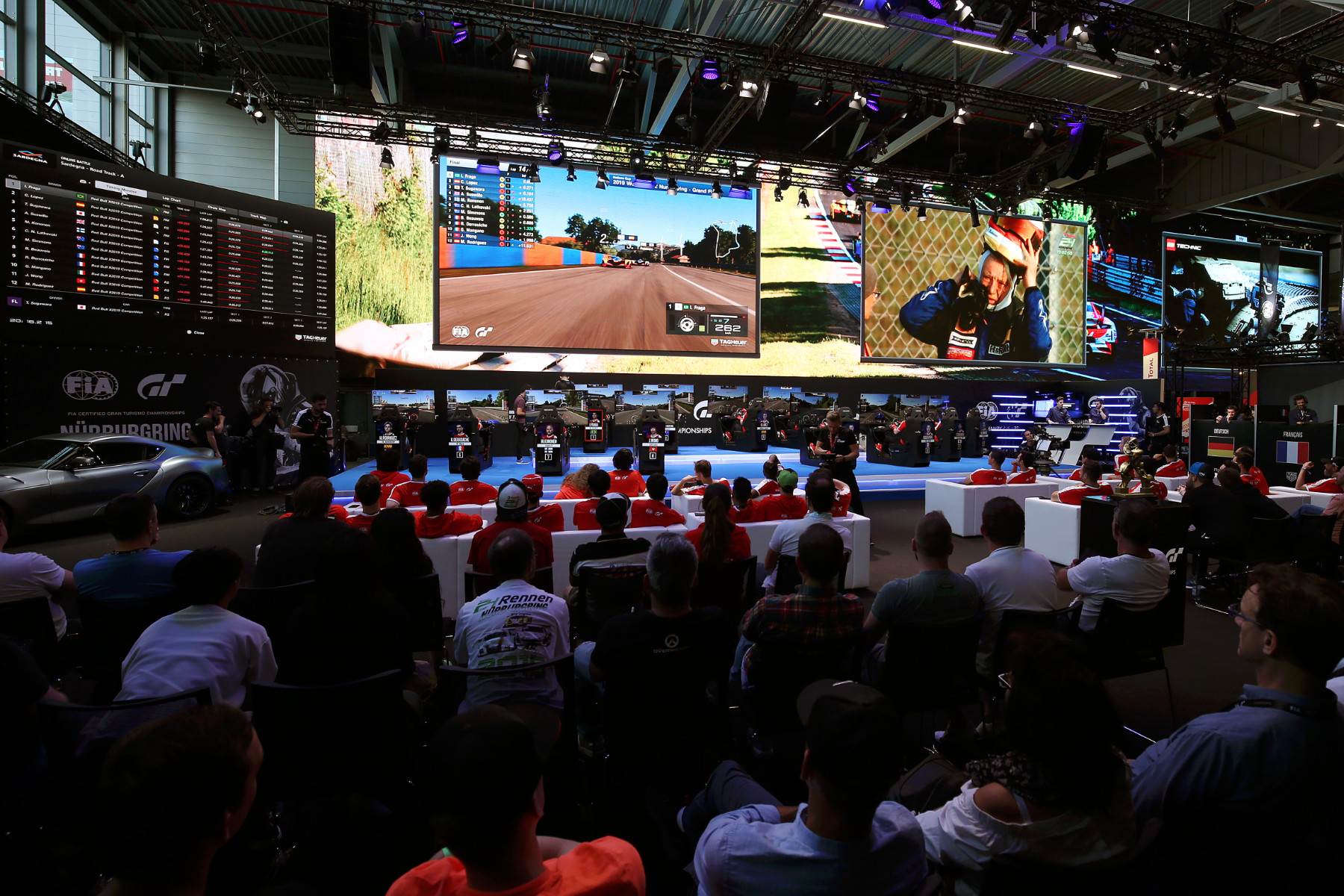 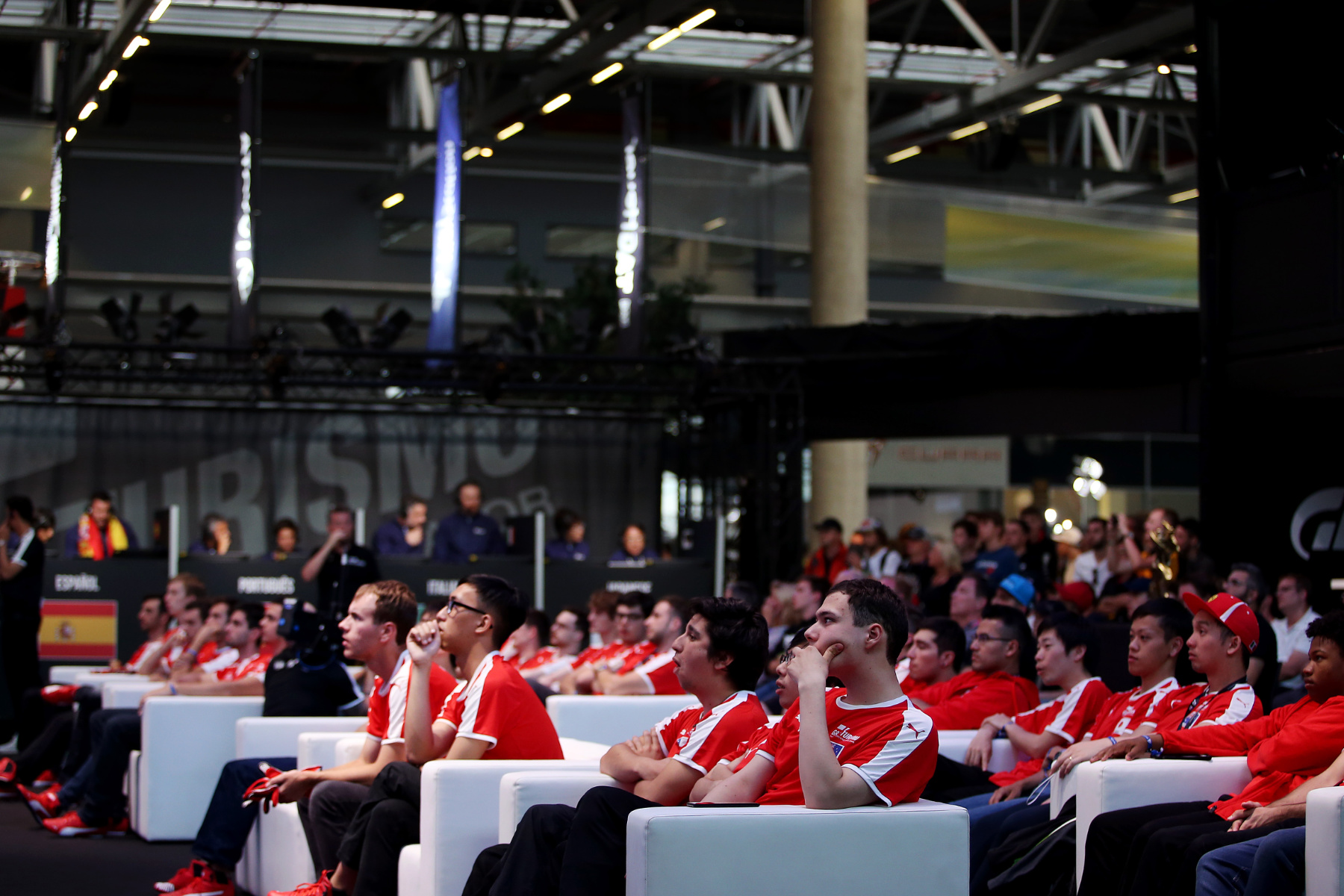 Qualifying for the final were Brazil's Igor Fraga, Coque López and Manuel Rodríguez of Spain, and Finland’s Markus Könönen, who clinched the top four spots in N300 class cars over eight laps on the Nürburgring GP layout.

Group B took the form of a classic car race on the Goodwood Motor Circuit, which was recently added to Gran Turismo Sport with the May Update. Australia’s Cody Nikola Latkovski, the driver who had raced so courageously in the previous day’s Manufacturer Series, took the checkered flag, while Italy’s Giorgio Mangano, France’s Rayan Derrouich, and Hong Kong’s Kai Hin Jonathan Wong rounded out the top four.

A 12-car battle between the drivers who placed 5th to 10th in the semi-finals made for an exciting repechage round, which was staged at the Red Bull Ring. The rain didn’t seem to stop Tatsuya Sugawara, who despite being involved in a couple of unfortunate incidents, managed to adapt well to the slippery high-speed circuit and secure a spot in the final. Meanwhile, despite their best efforts, favorites Nicolás Rubilar and the inaugural European champion Mikail Hizal, who was racing on home soil, were knocked out of the competition. 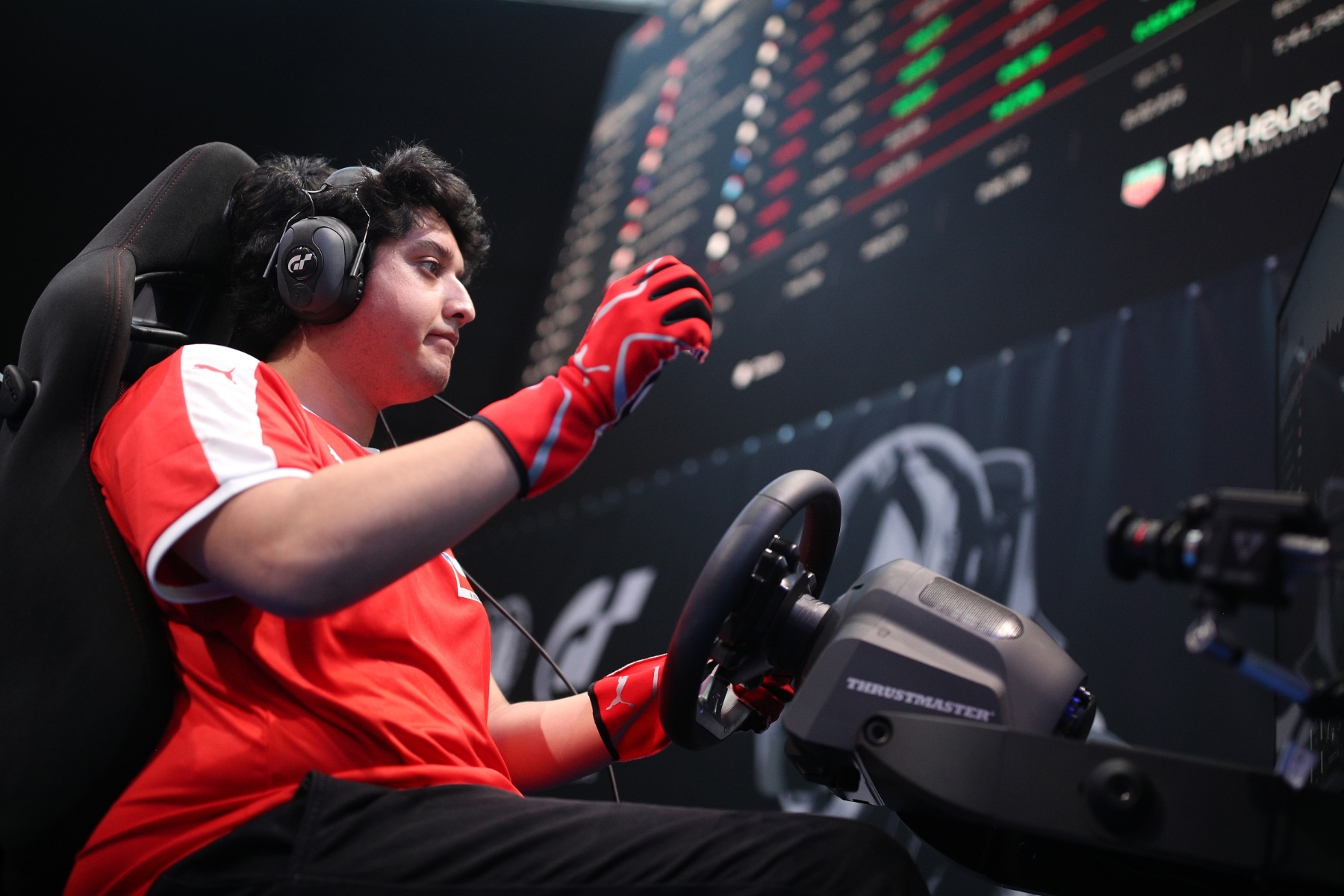 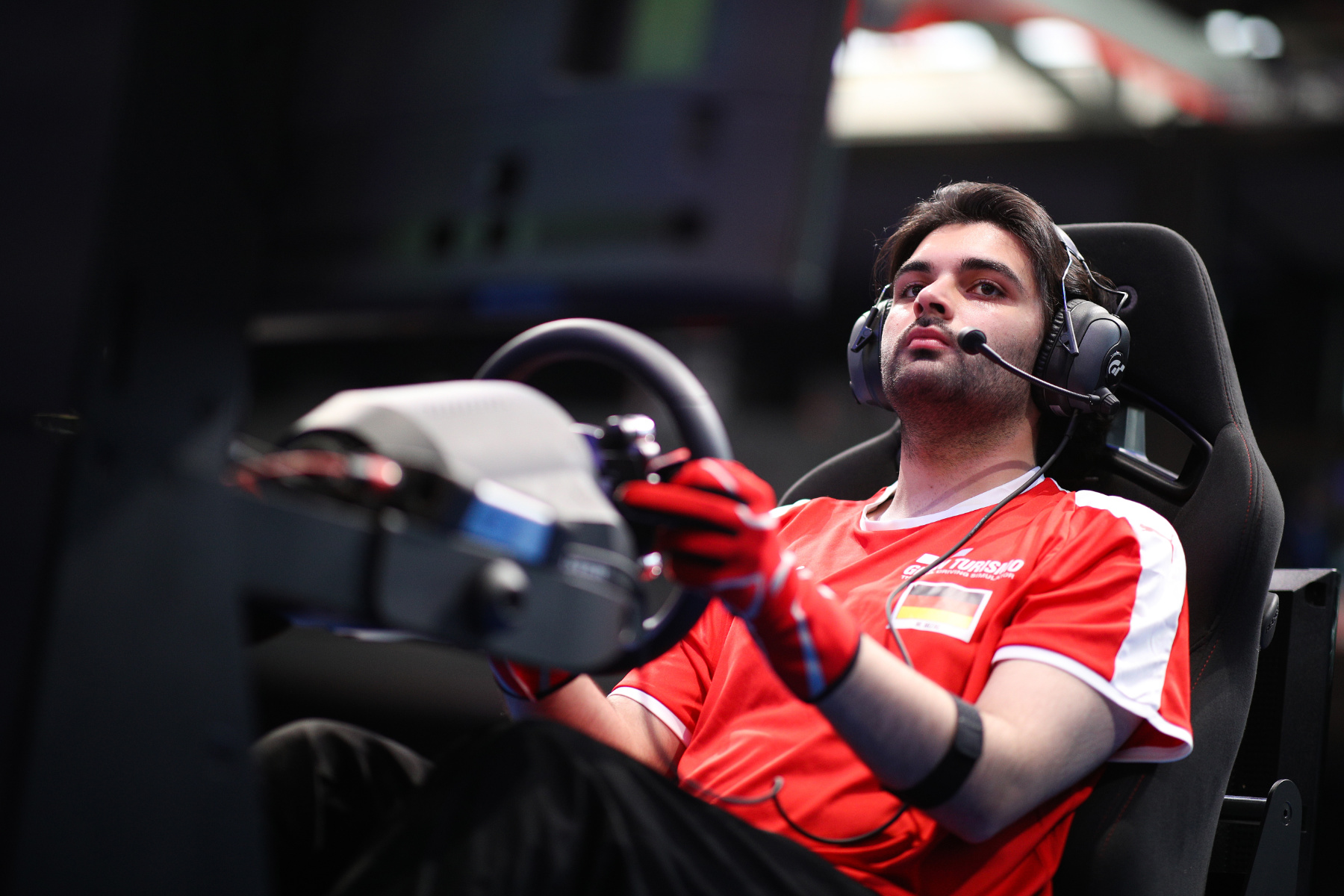 The grand finale consisted of 20 laps on "Sardegna Road - Track – A" in the Red Bull X2019 Competition Car. Drivers were required to use three sets of racing tires: soft, medium, and hard. Igor Fraga and Coque López started the race with soft tires and set about building a lead at the front of the pack.

On the 7th lap, after Igor Fraga pulled into the pits for a tire change, Coque López decided to stay on his soft tires for an extra lap in an attempt to take the lead. Desperate not to lose time on the second tire change, Fraga left the pit without refueling. In response, Coque López also decided not to refuel on his final stop to maintain his lead over Fraga.

The race turned into a battle of fuel efficiency, as Cody Nikola Latkovski, who had been charging hard in the latter half of the race, made it a three-way battle for the championship. On the final corner, Lopez started to slow and was hit by Latkovski. Fraga calmly avoided trouble and used all of his remaining fuel to finish on top. With this win, he adds a Nations Cup World Tour trophy to his impressive American Regional and World Final victories. 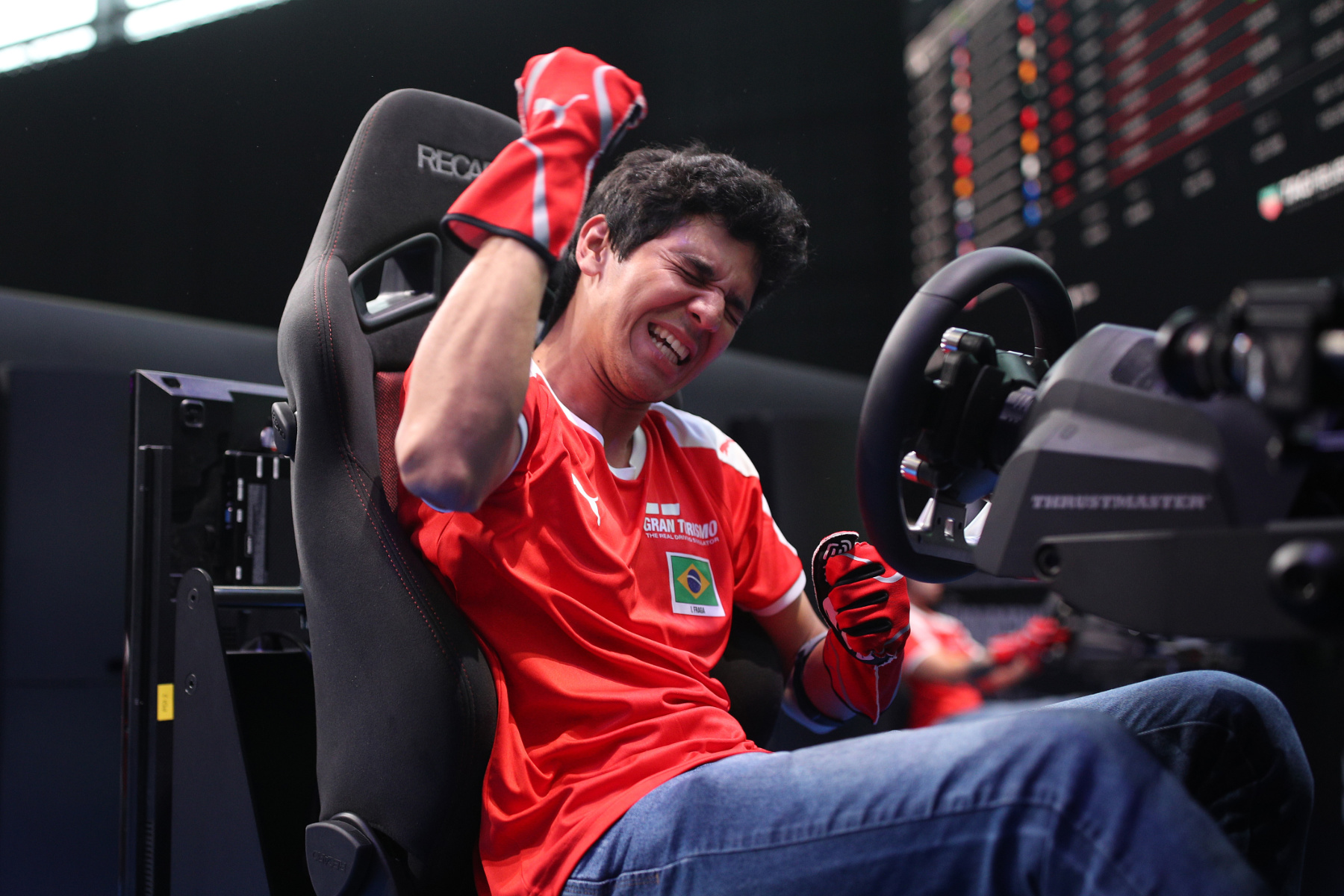 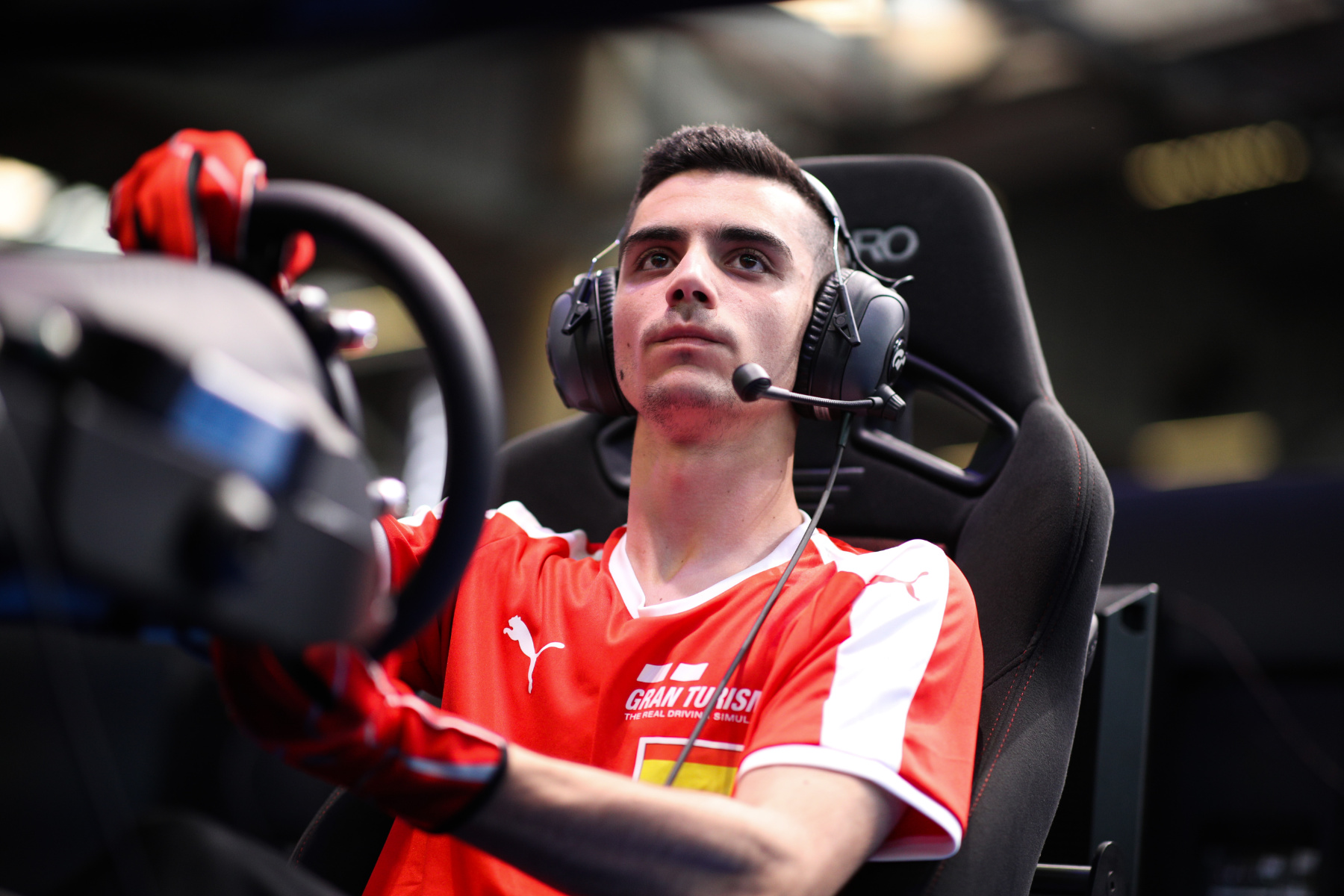 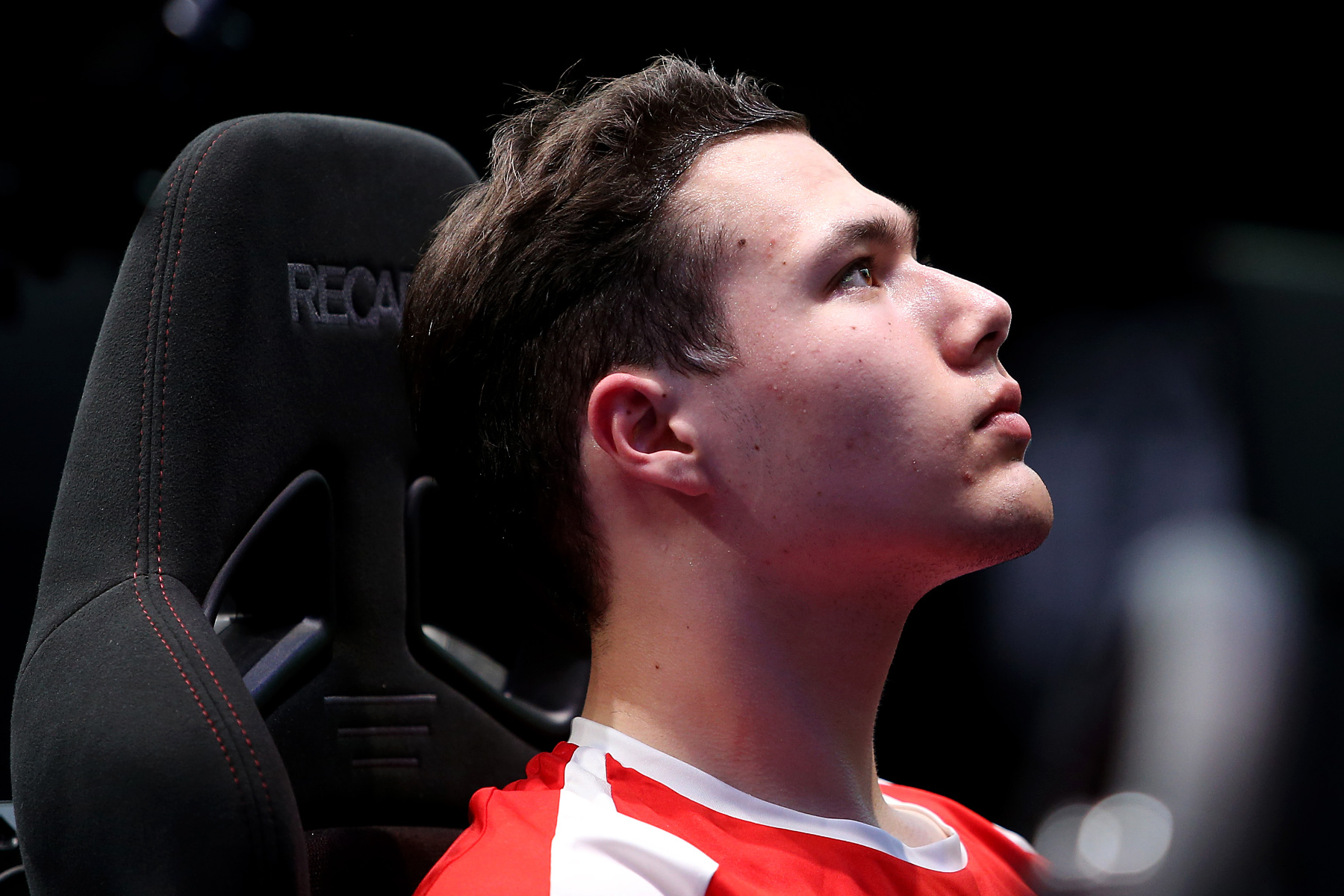 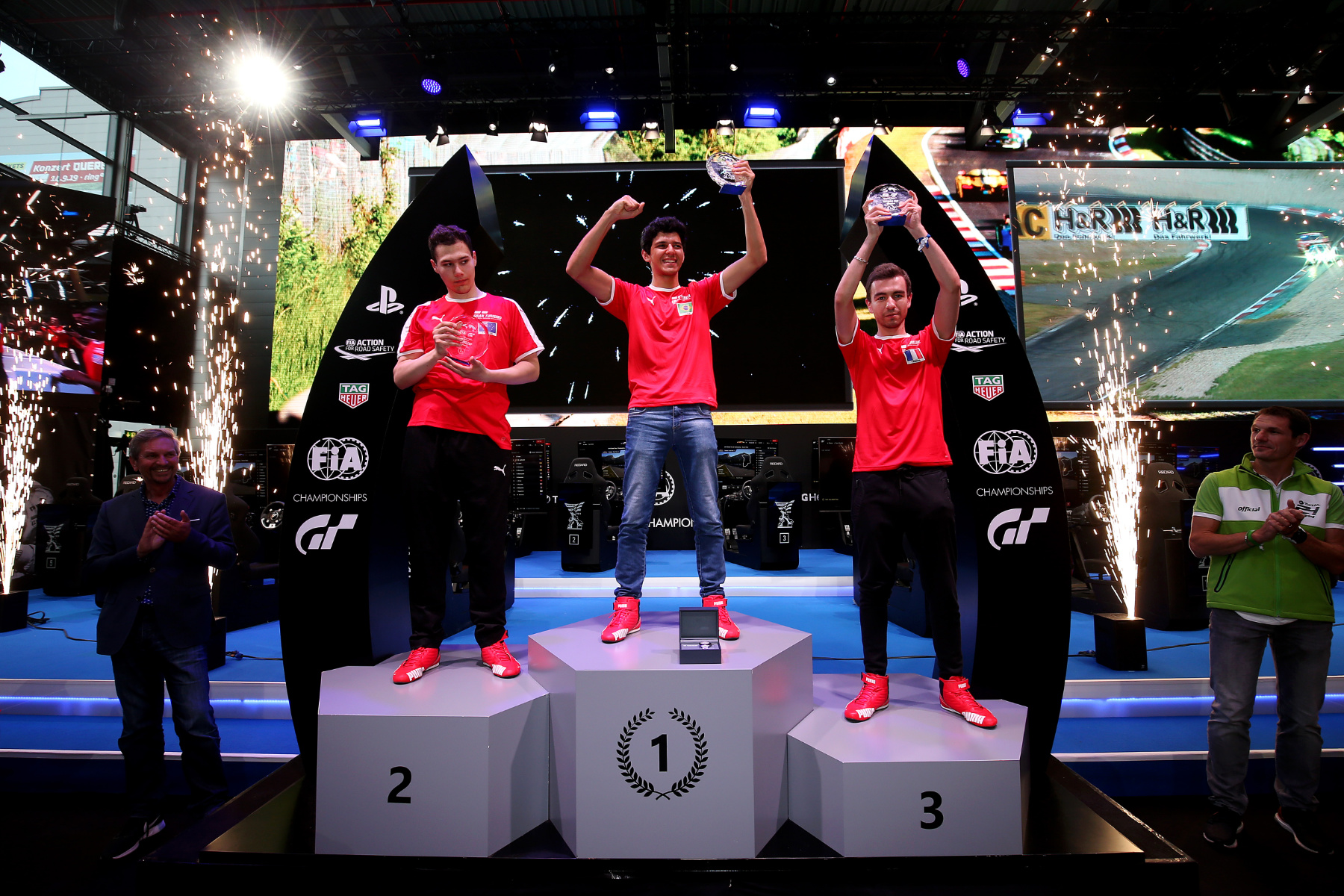 After Nicolás Rubilar’s victory at the first World Tour event in Paris, Igor Fraga's win at the Nürburgring makes it two for two so far for South America. Second place went to Australia’s Cody Nikola Latkovski, who delivered a brave performance in the previous day’s Manufacturer Series and looks to be a strong contender for future events. France's Rayan Derrouiche, who also earned a podium finish at the World Finals in the 2018 Manufacturer Series, took 3rd. 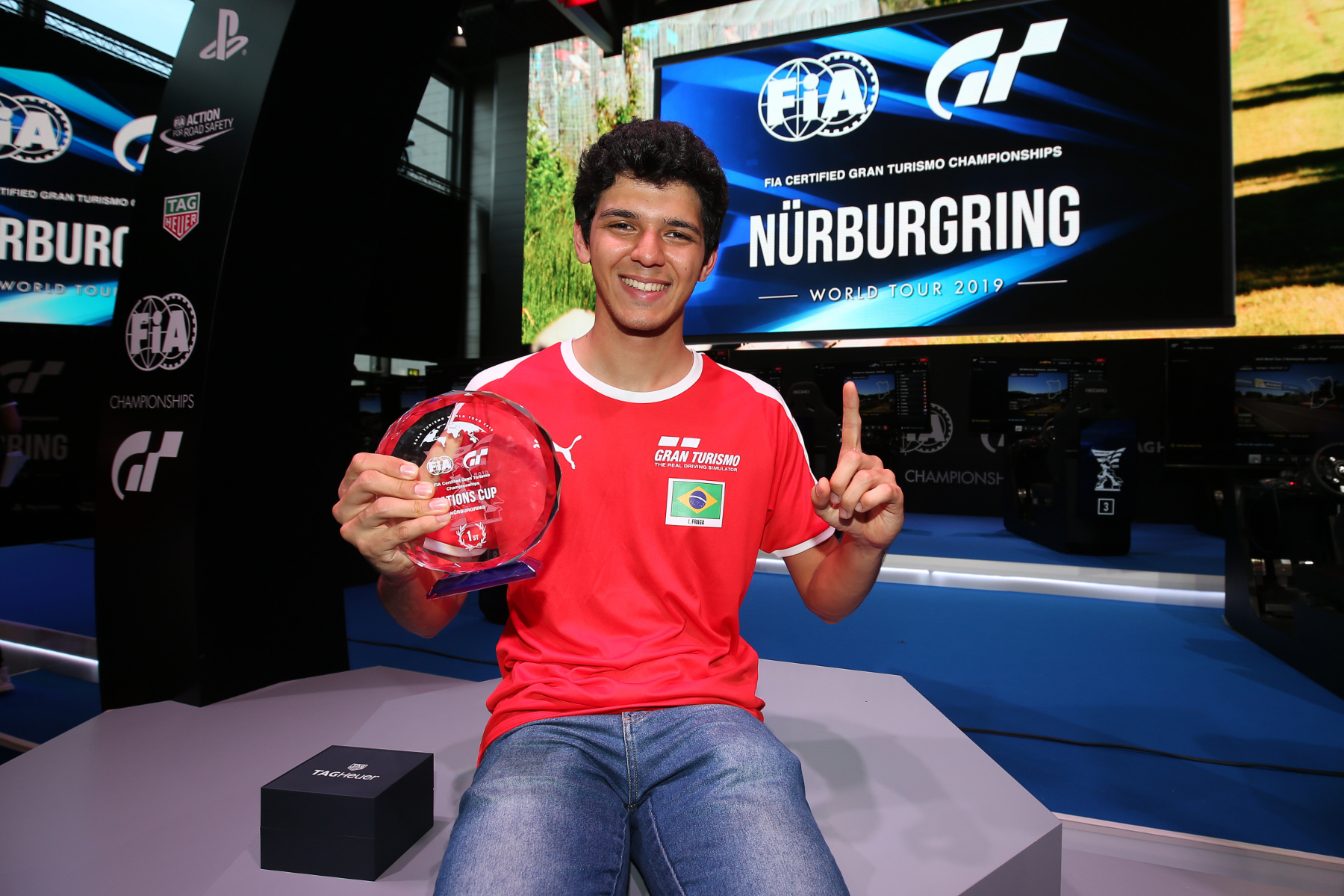 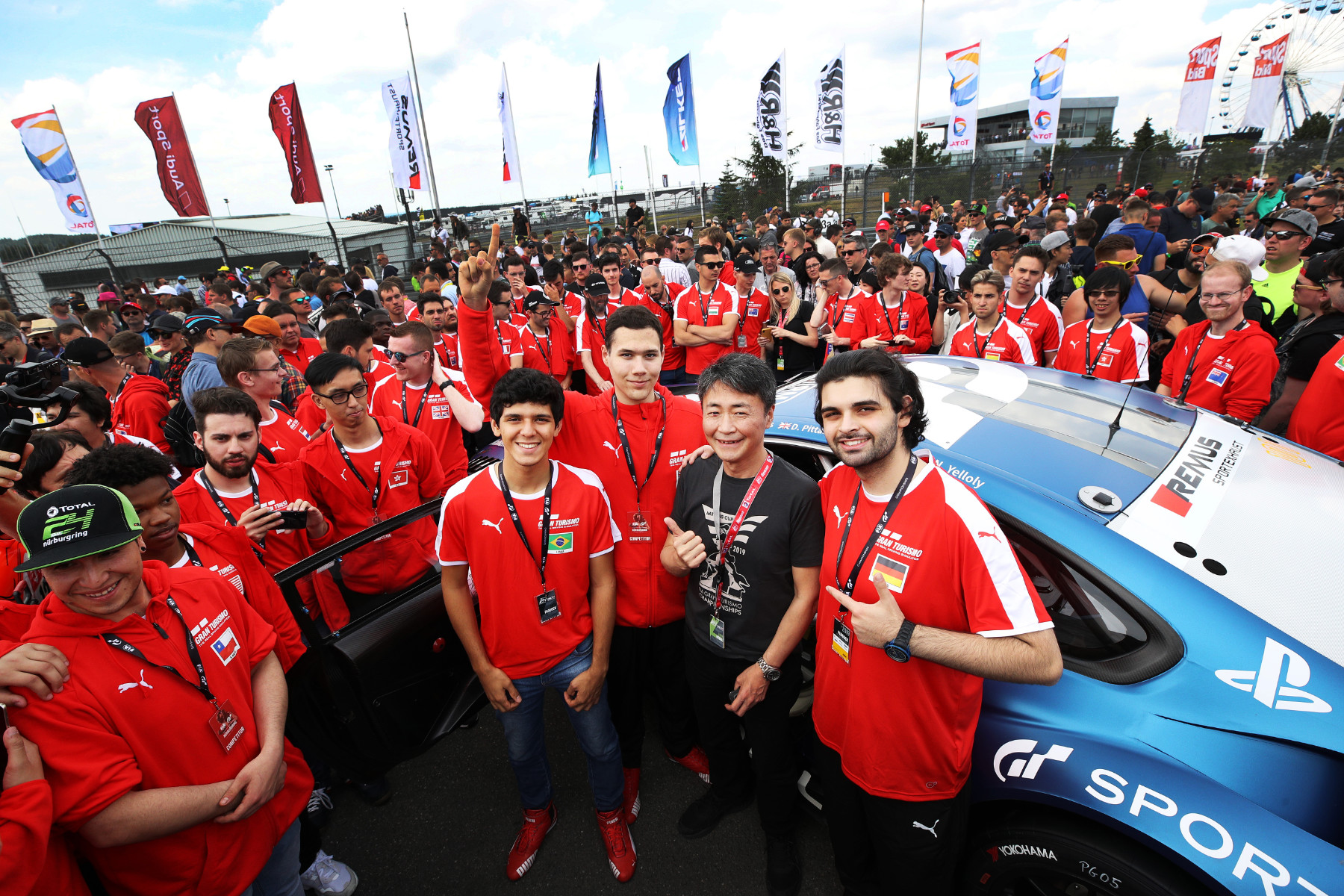 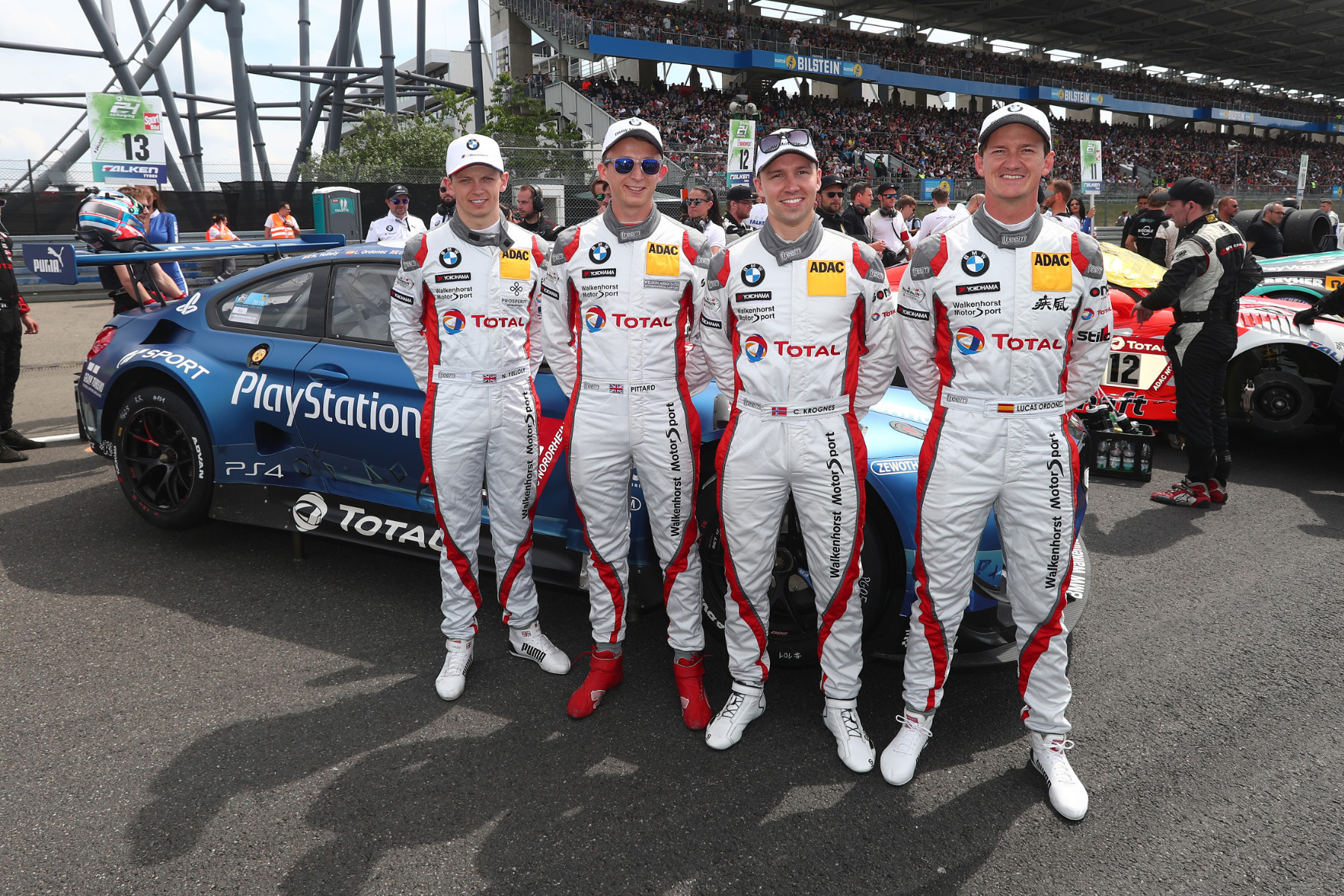 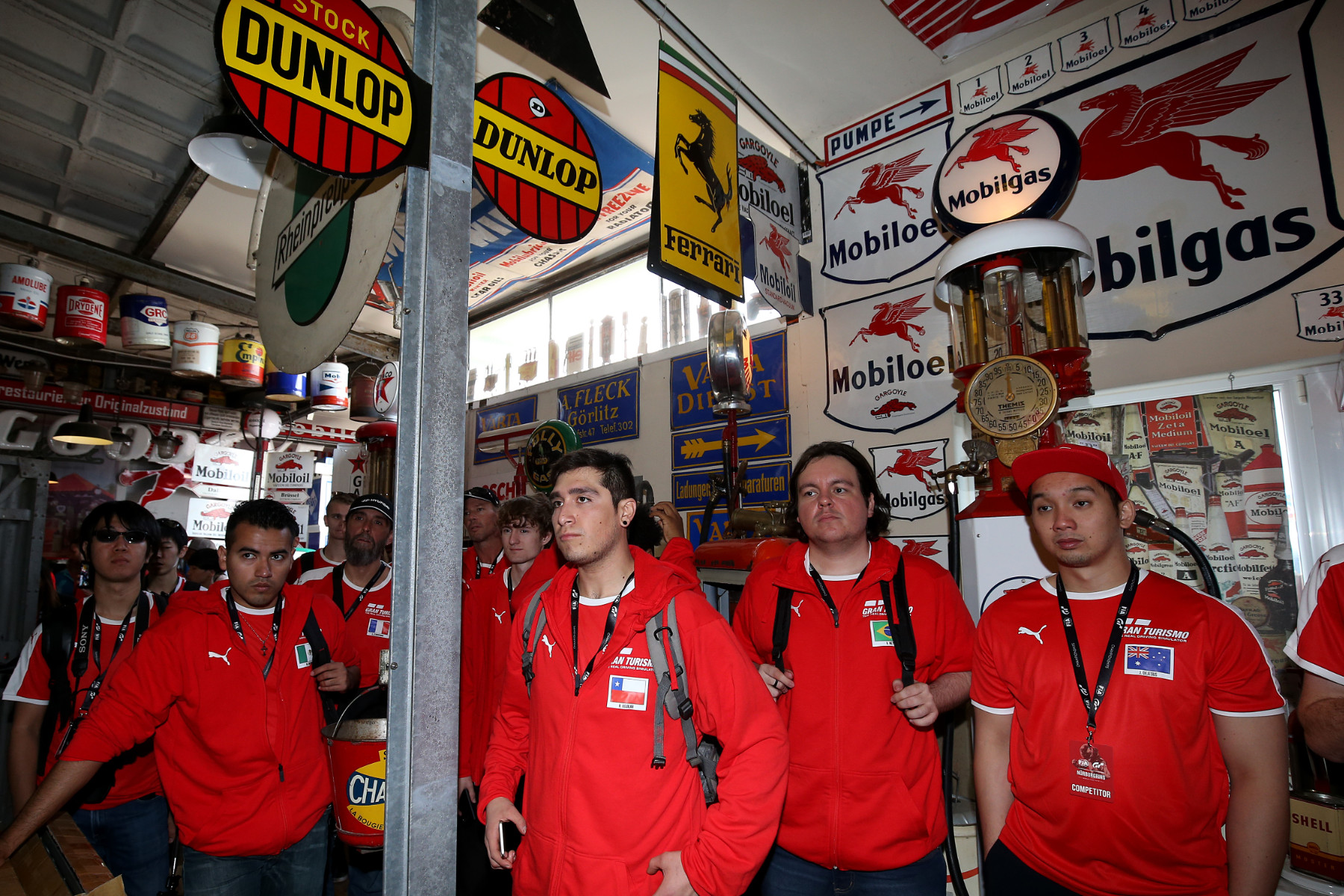 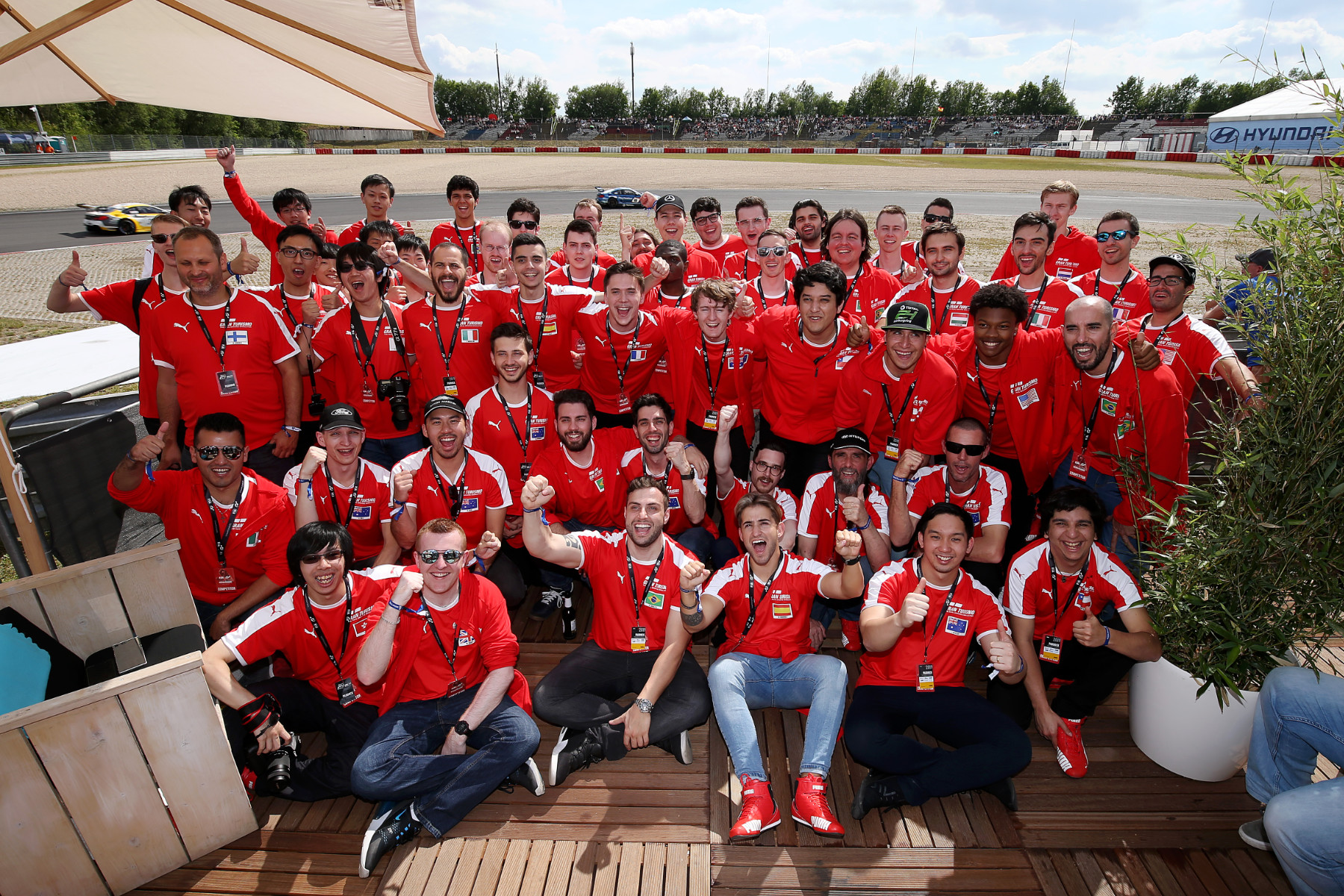 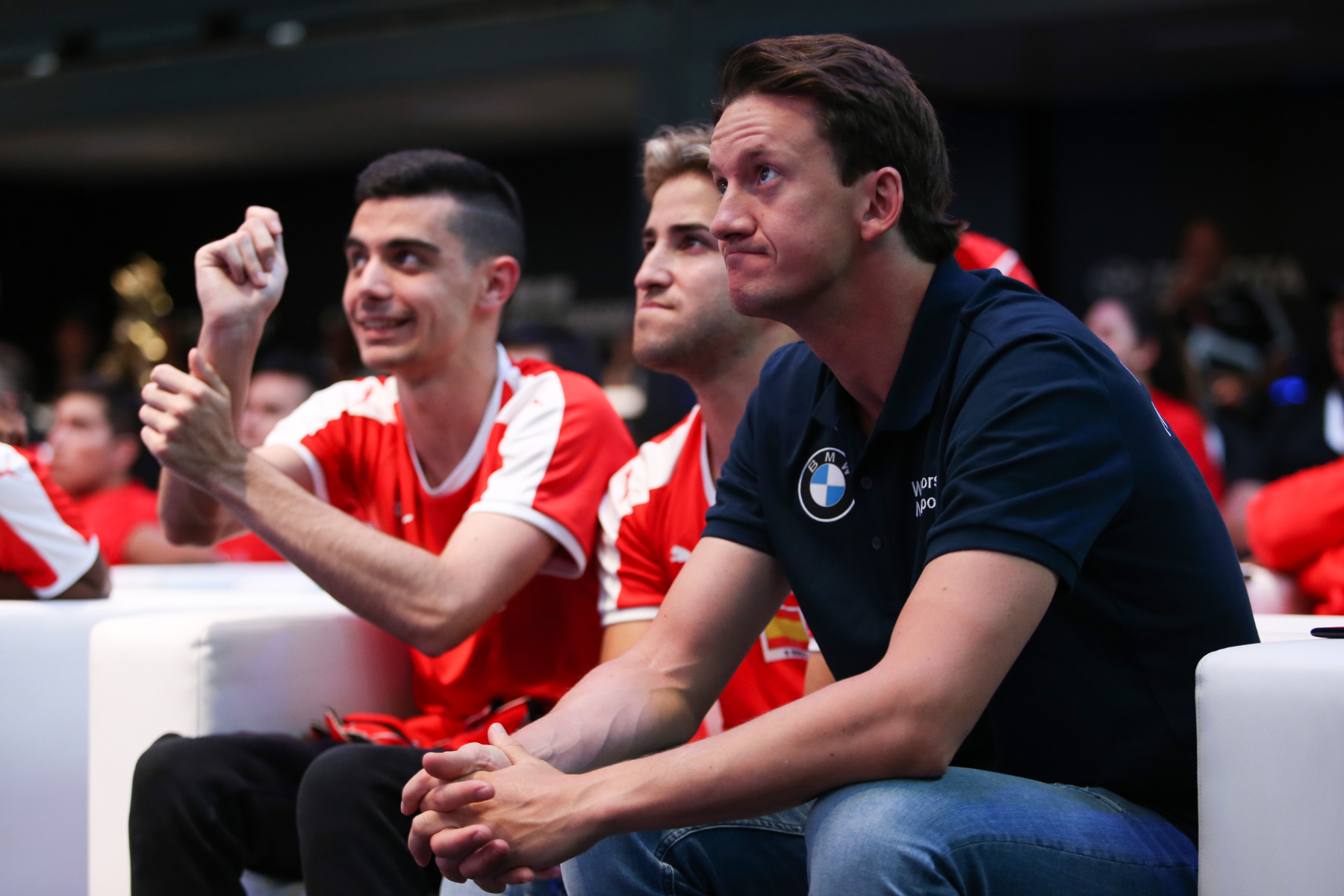 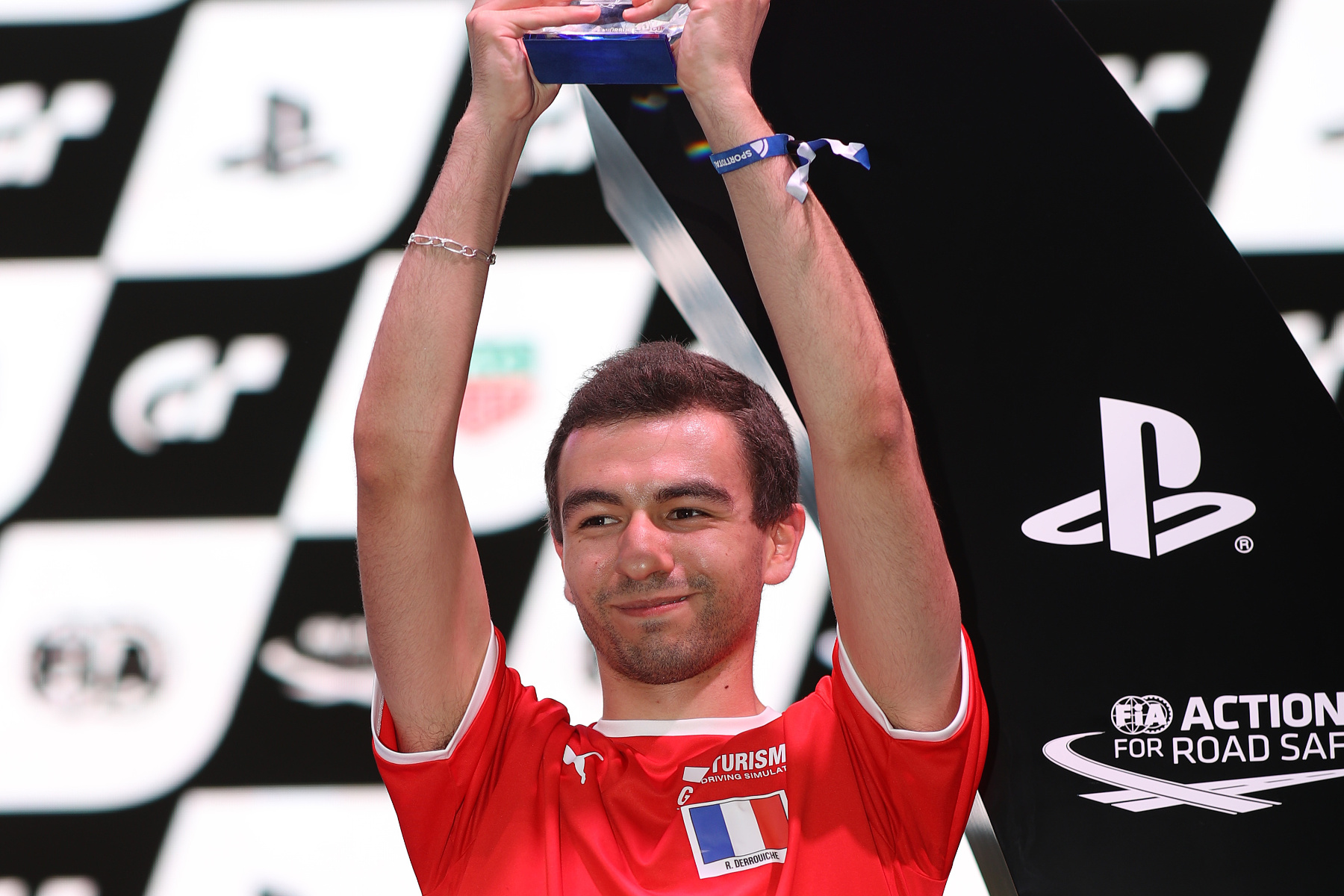 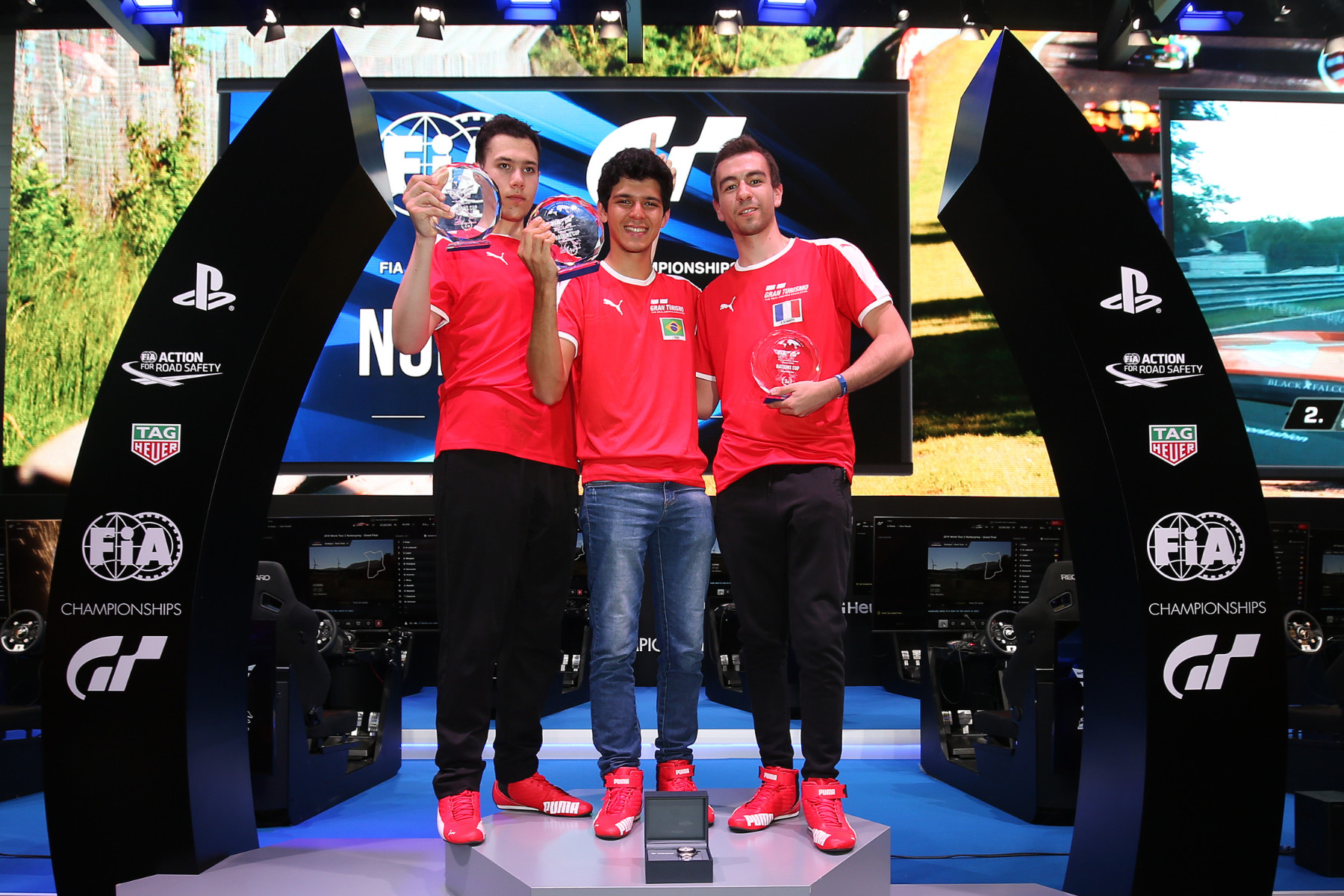 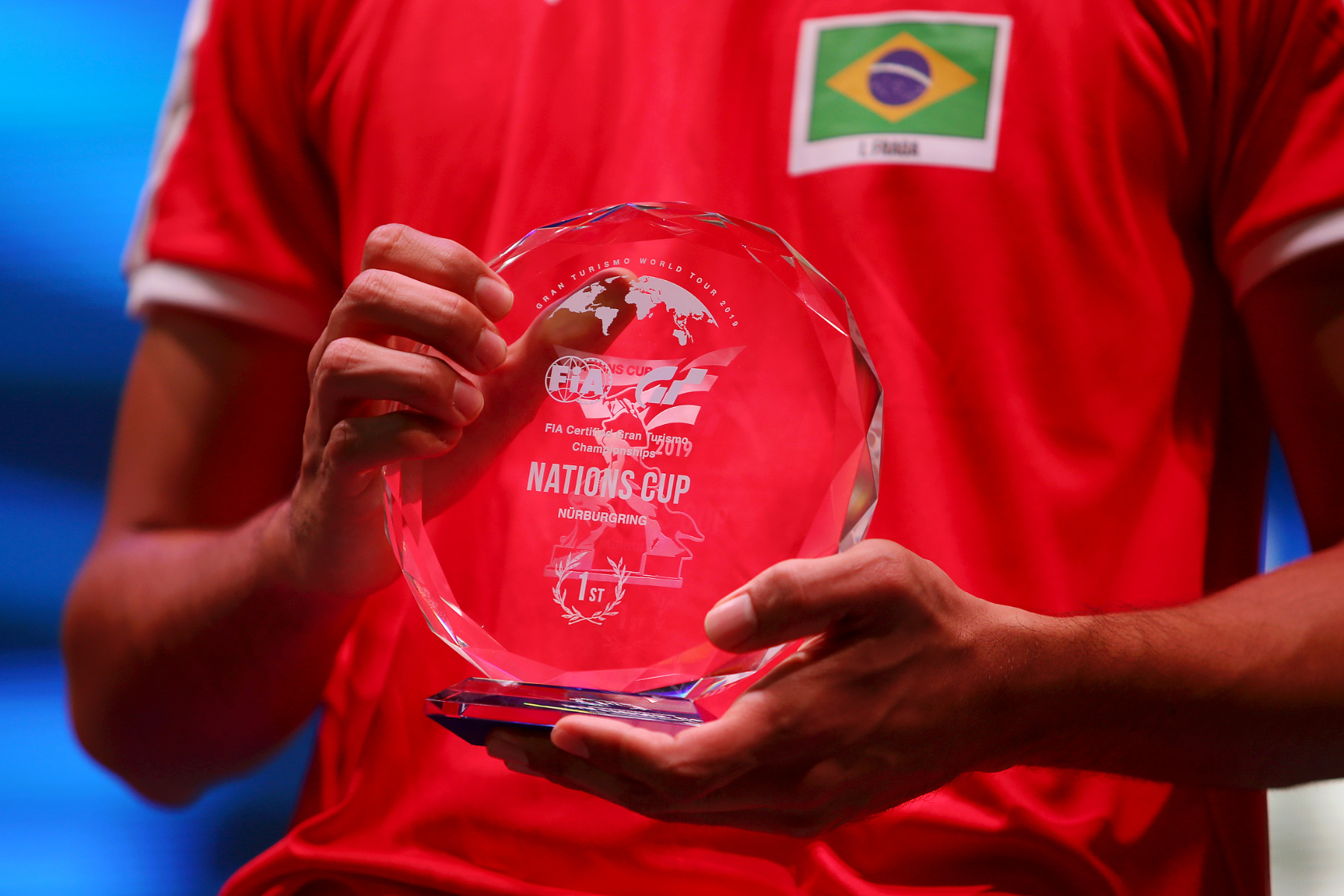 The latter half of the 2019 Series kicks off with World Tour event Number Three to be held in New York on August 24 and 25.

The Online Series of the "FIA Gran Turismo Championships" is currently in Stage 3 of the Nations Cup and Stage 1 of the Manufacturer Series. Make sure to check out the action each week as drivers compete for a place in the World Tours and ultimately, a spot at the World Finals. The "Top 16 Superstars" race featuring the top-ranked drivers are broadcast on Gran Turismo LIVE.