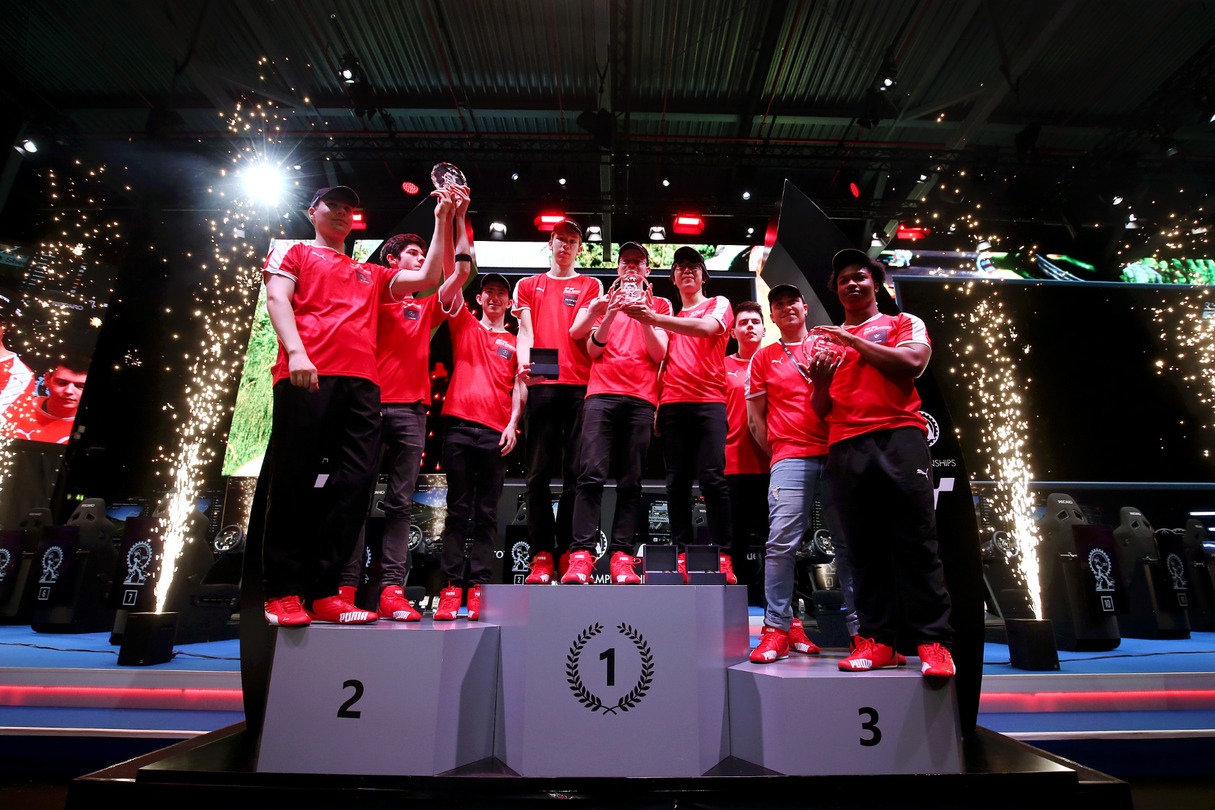 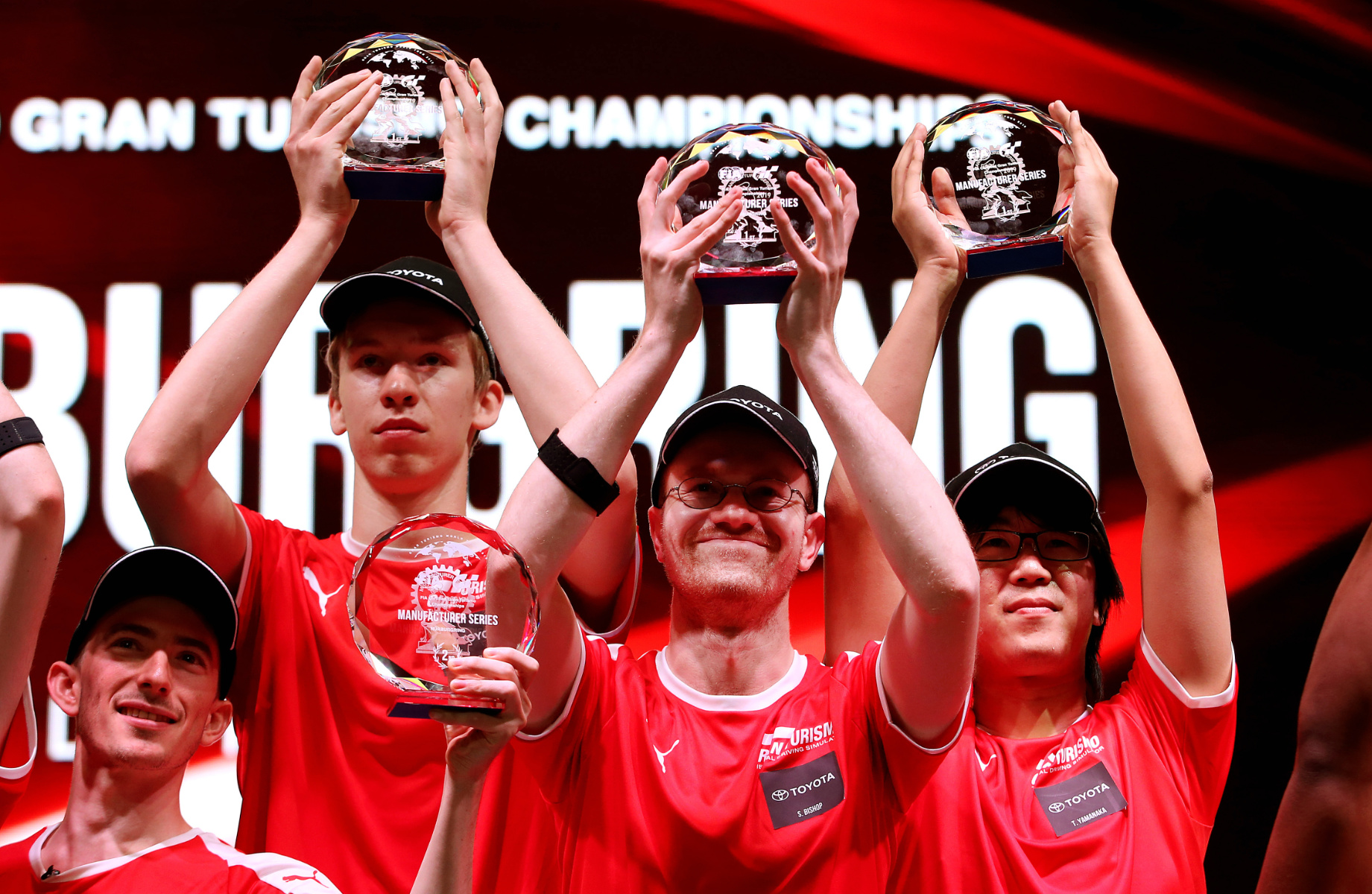 "World Tour 2019 – Nürburgring" took place in Germany on June 21 amid the backdrop of the famous 24-Hour endurance race. Twelve teams faced off in the Manufacturer Series with Team Toyota (Rick Kevelham from the Netherlands, Simon Bishop of New Zealand, and Tomoaki Yamanaka of Japan) claiming overall victory.

Representing the 12 manufacturers of the online series were 36 drivers in teams of three. What was notable here was that out of the 36 competitors, only three of them kept their team affiliations from the last World Tour event: previous World Final winning team member Kanata Kawakami (Lexus), Edward Williams (Mercedes-Benz) and Tomoaki Yamanaka (Toyota). Everyone else switched allegiances, making teamwork a vital part of the newly formed teams. 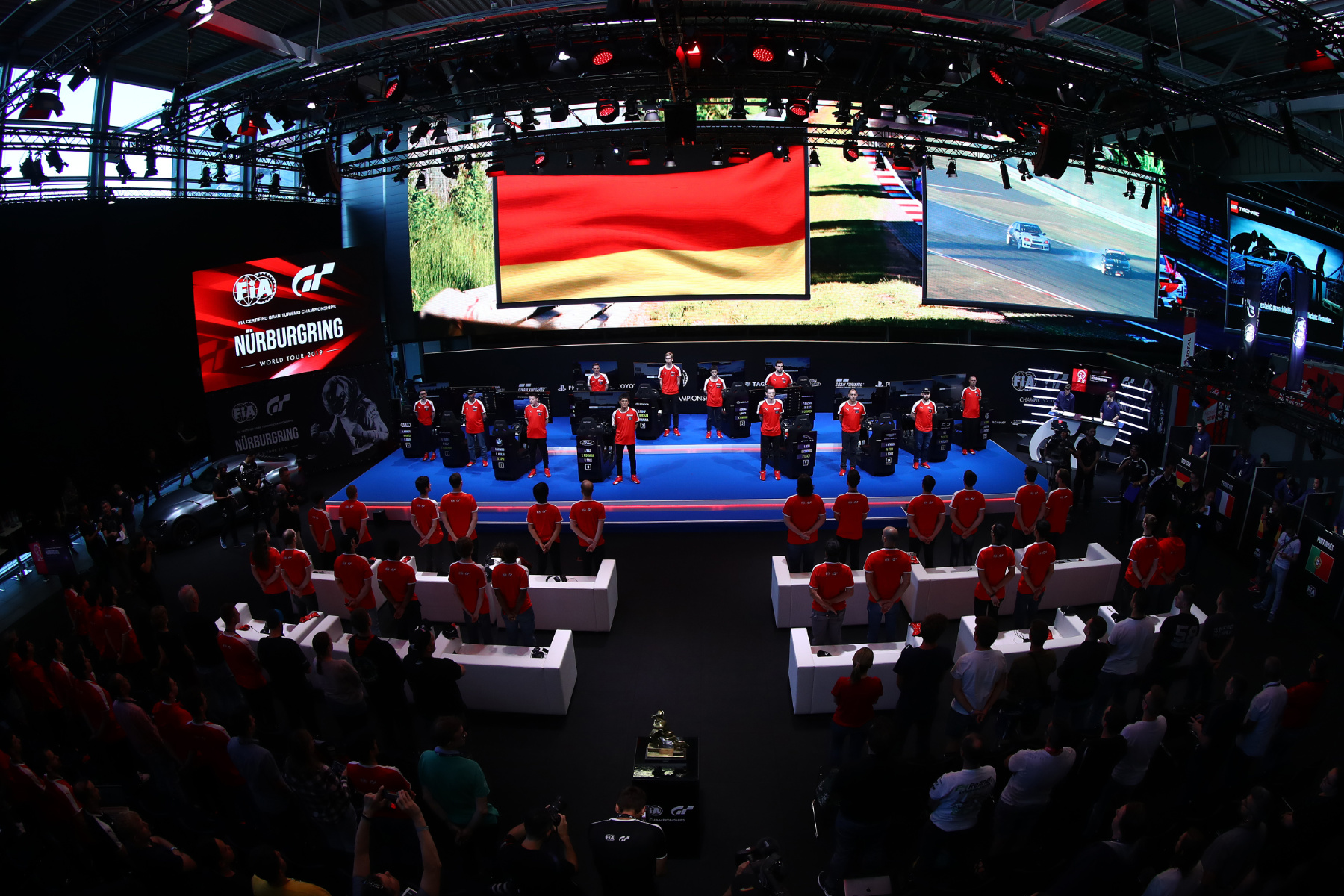 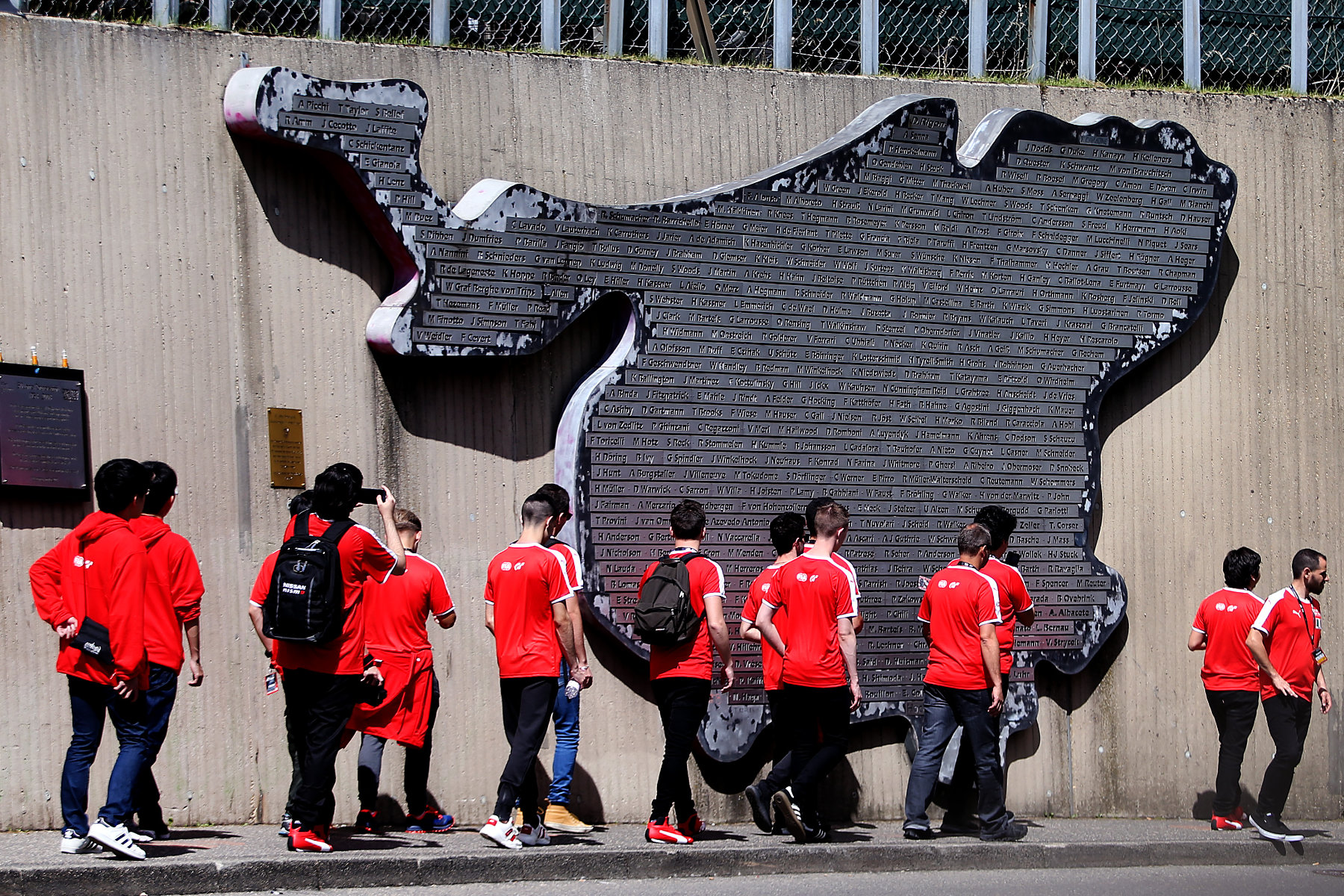 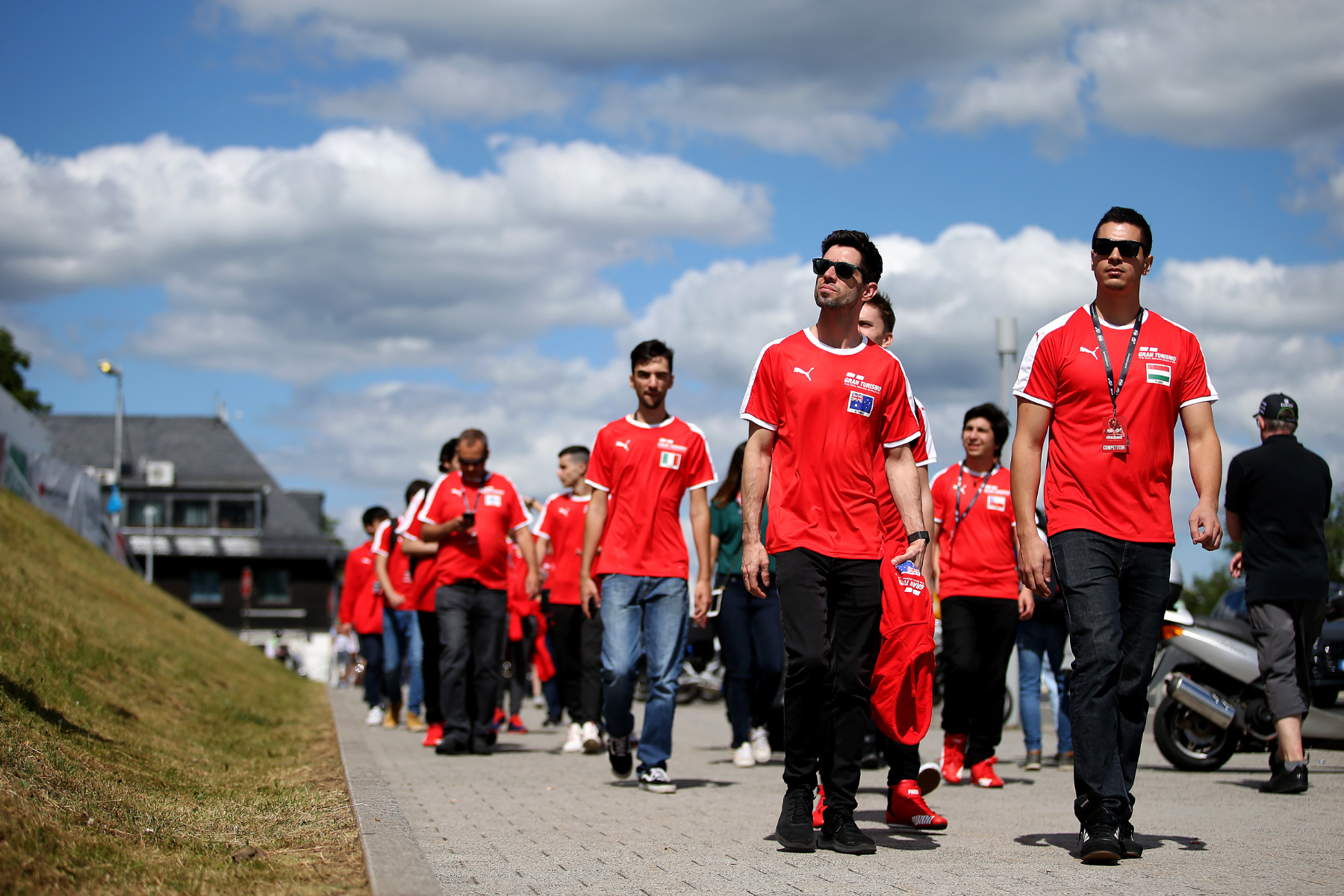 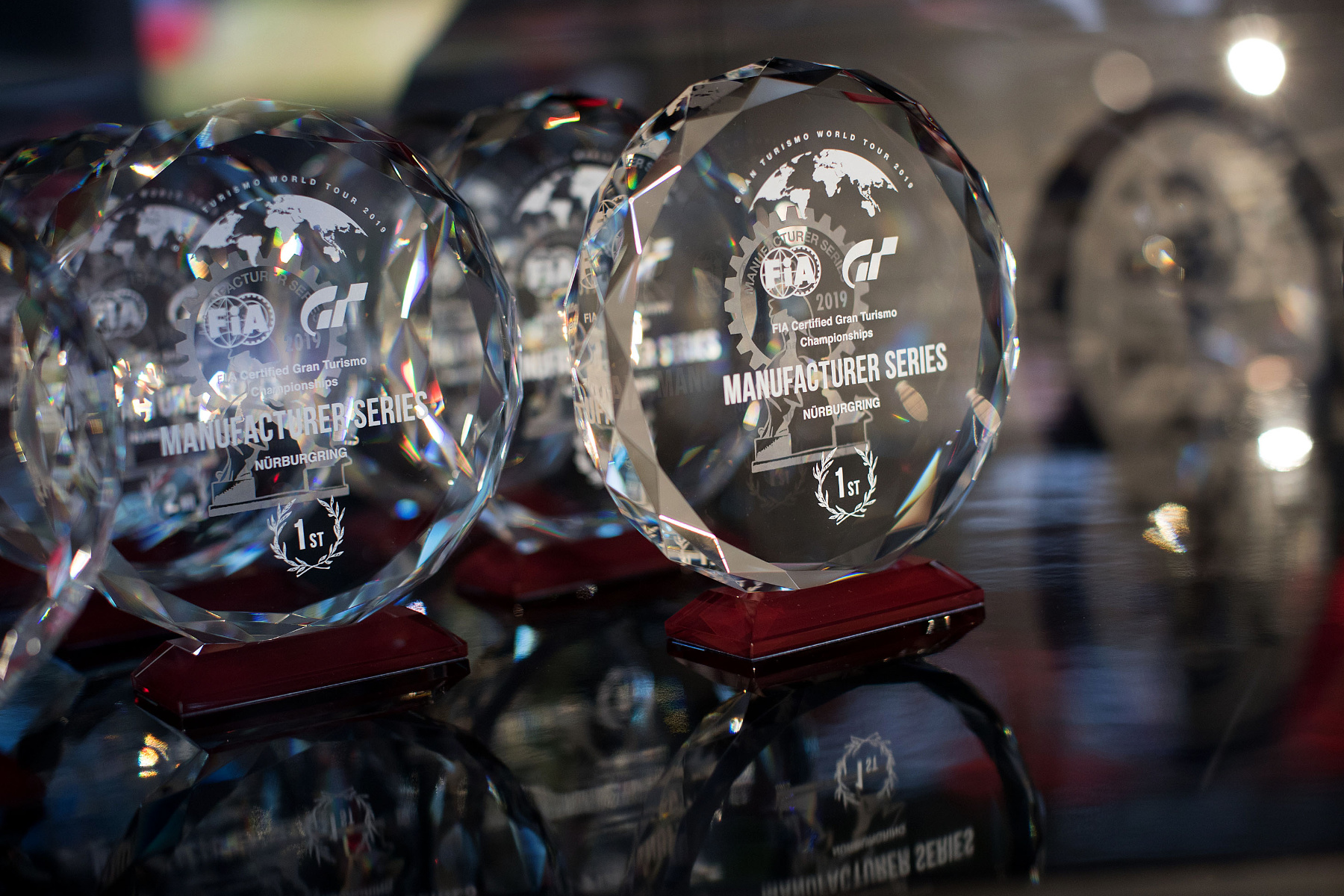 The Manufacturer Series final would be decided by the number of points earned through a total of four races. In the first contest, Lexus protected its pole position from start to finish, while Team Toyota found itself in a three-way battle for 2nd, only to manage a 4th-place finish. Mercedes-Benz placed 8th after running off the course on the final lap.

In Race 2, the drivers took to the new "Sardegna – Road Track – B" course, which will be featured in the next Gran Turismo Sport Update. There, Mercedes-Benz took on and out-dueled both Porsche and Jaguar in a fierce battle for 2nd. Lexus once again led from start to finish, while Toyota, despite having started off well, finished in a disappointing 6th.

Race 3 was staged at the "Autodromo Nazionale Monza" in Gr.3 machines. At the very first chicane, mayhem broke out as points leader Lexus fell to 12th place and was unable to improve on that position for the remainder of the race. This meant that Lexus would start the final race from the back of the pack.

Race 4, the final race, was a 5-lap Gr.3 battle on the 24-hour layout of the Nürburgring. Points were doubled for this event, which meant the stakes could not be higher. With each team member required to drive, one mistake meant the end for any team. Going into the final battle, Lexus sat at the top with 24 points, while Mercedes-Benz came next with 21 points. In 5th place was Toyota with 18 points, but with only a six-point gap between it and the leader, they were still well in contention.

After Toyota took the lead, Mercedes-Benz’s final driver for the race, Cody Nikola Latkovski, charged hard, catching up to within a half second Toyota’s Simon Bishop, just before the Doetinger Hoehe straight. The pair entered the final chicane side by side, but Bishop ultimately managed to defend his position, bringing home the checkered flag for Toyota.

By taking the overall victory in the Manufacturer Series at "World Tour 2019 – Nürburgring," the three drivers for Toyota proved that with teamwork and perseverance, anything is possible. 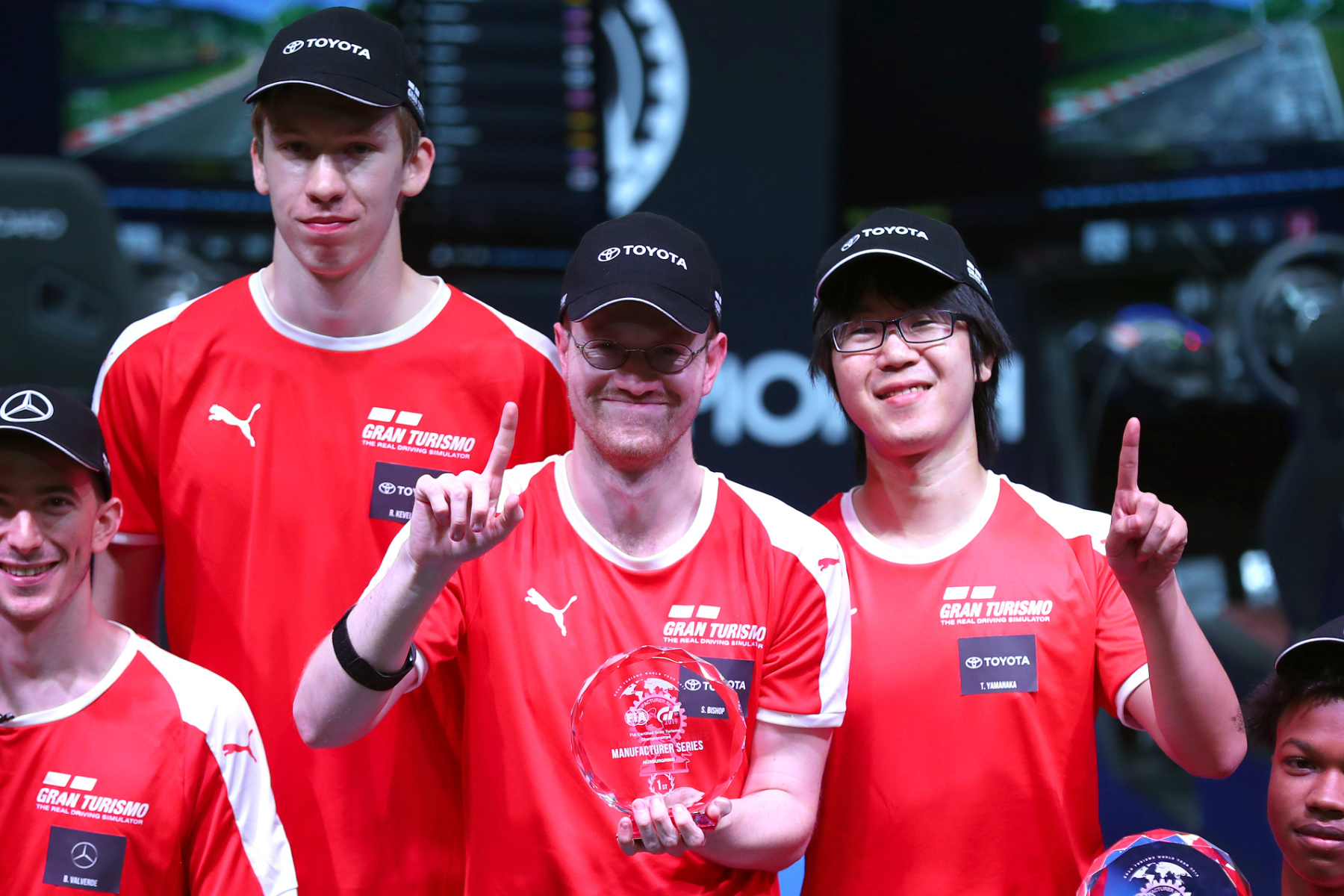 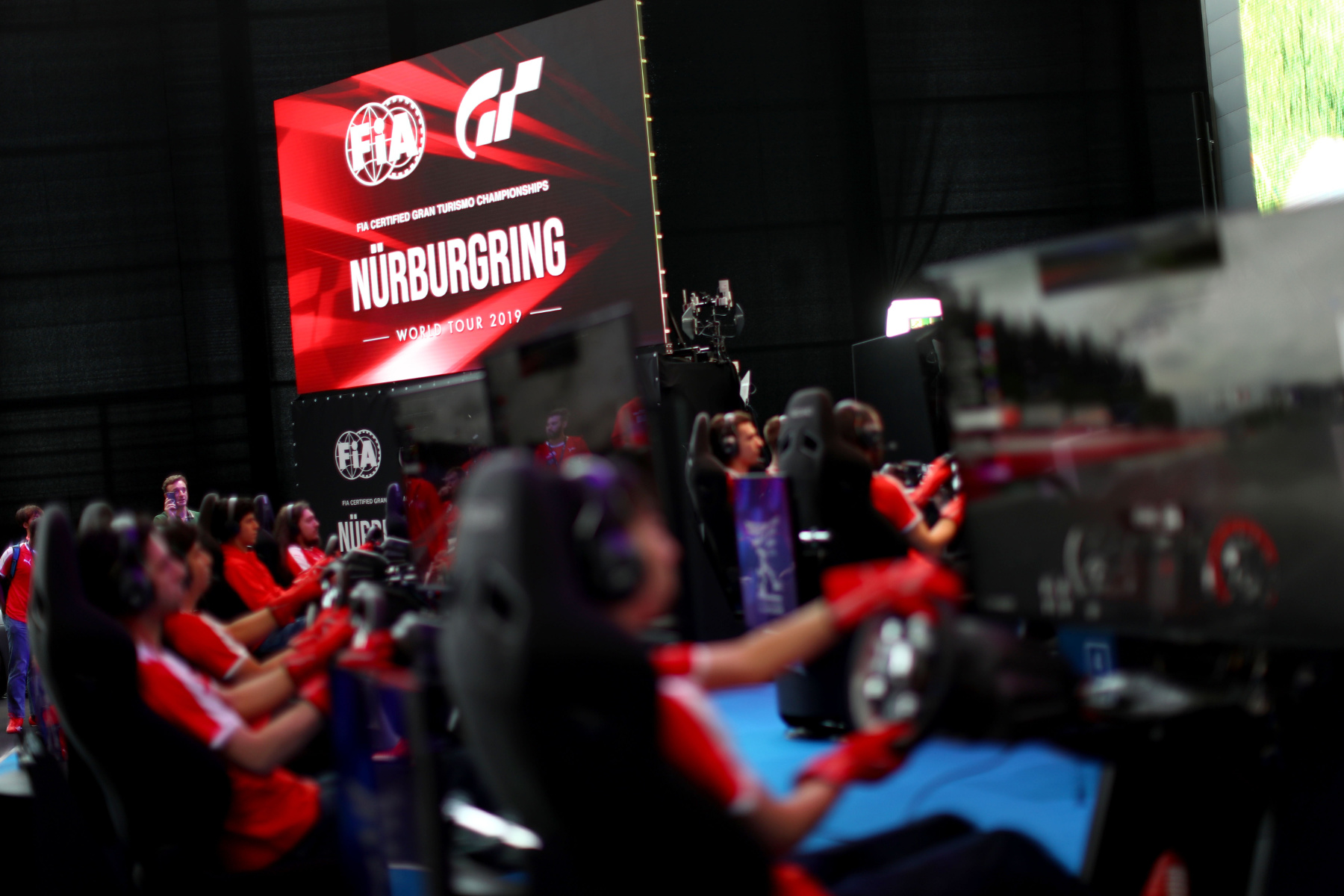 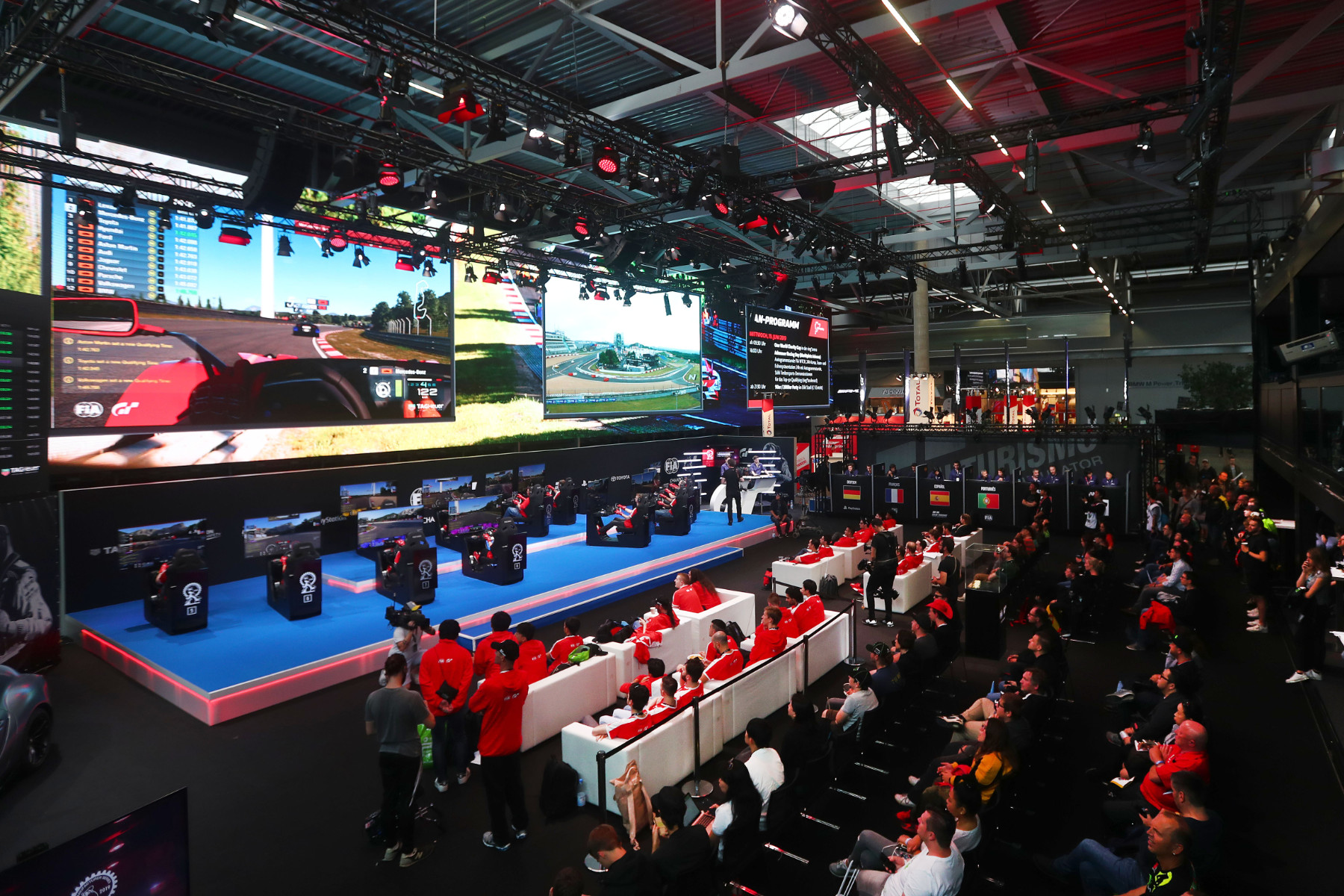 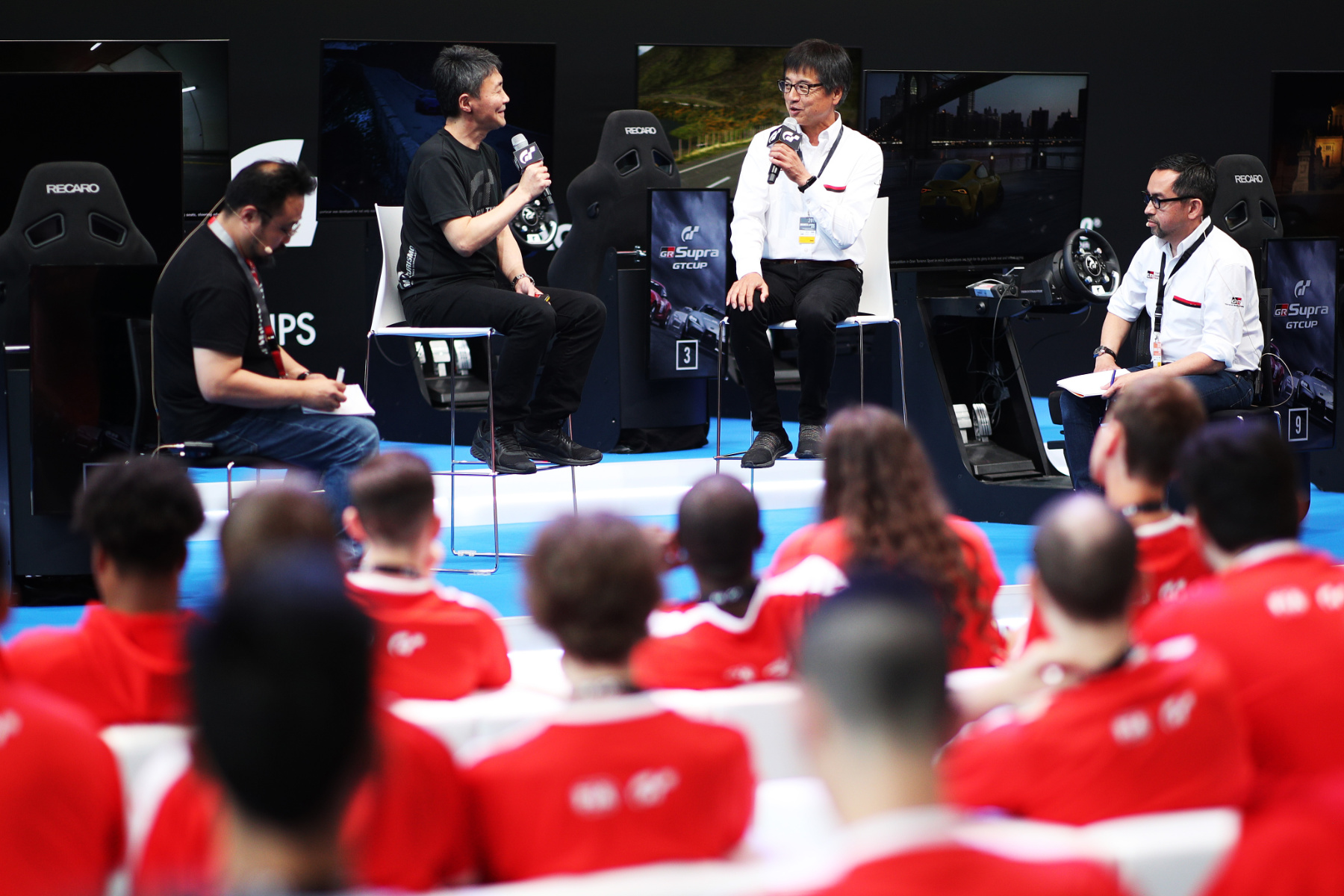 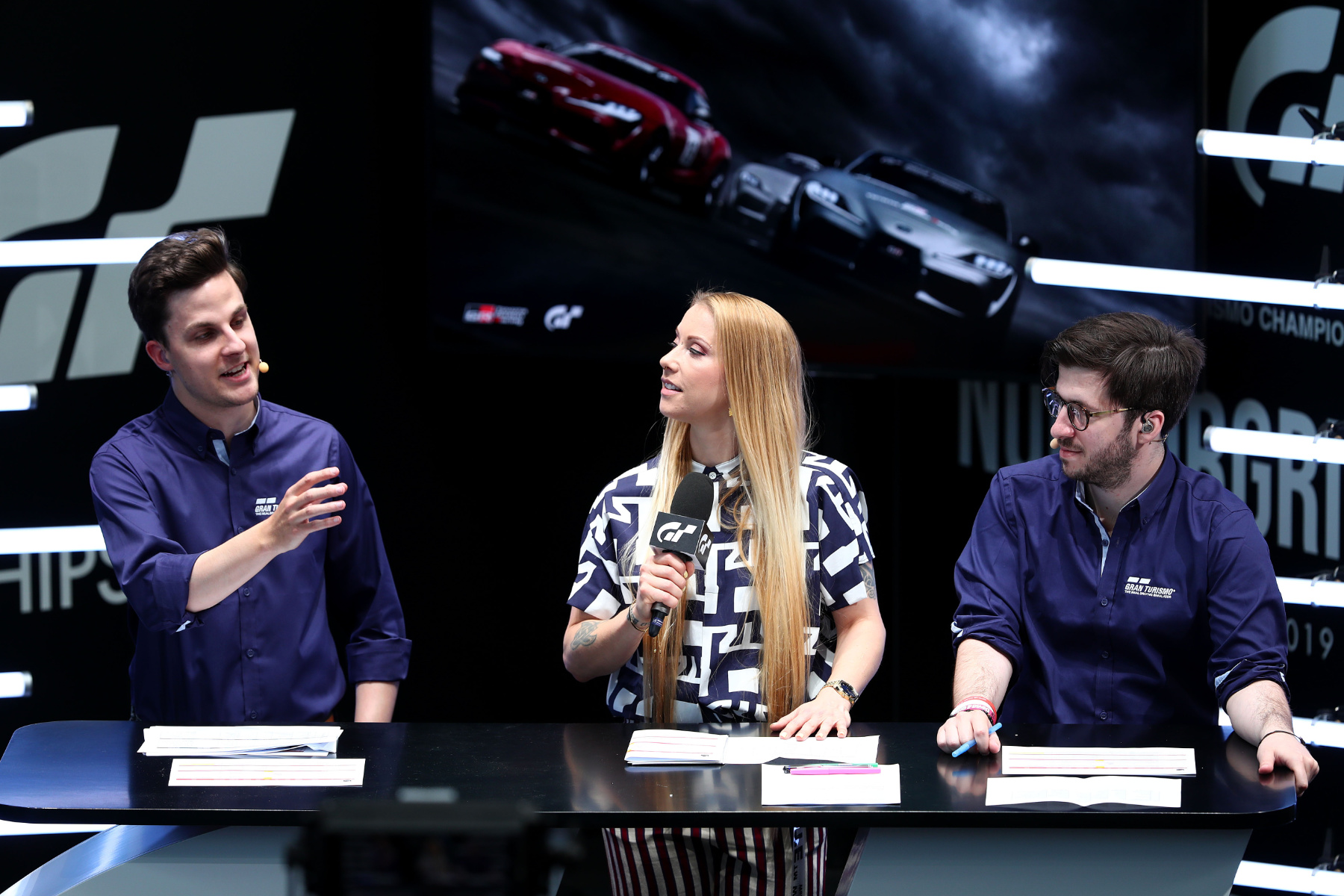 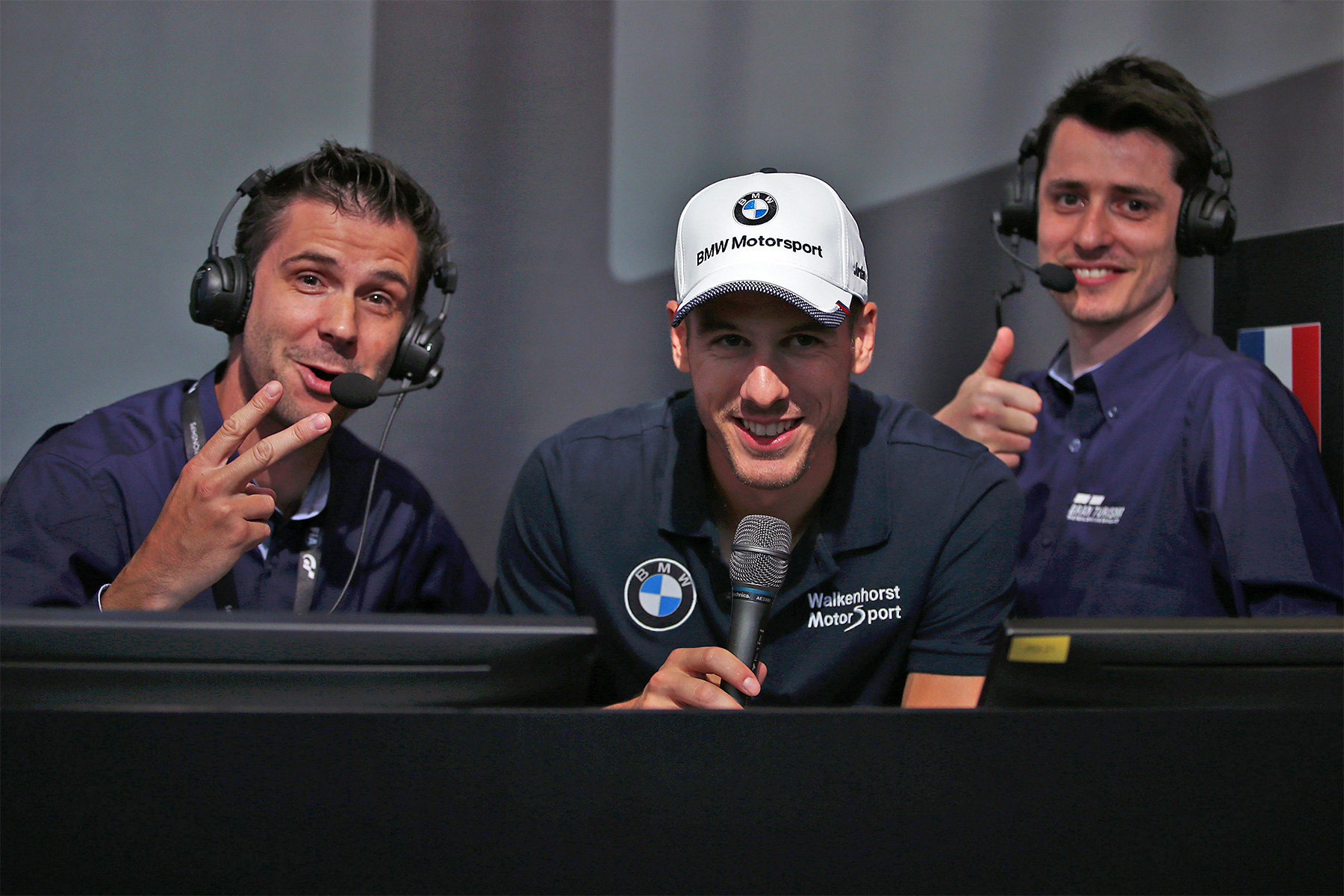 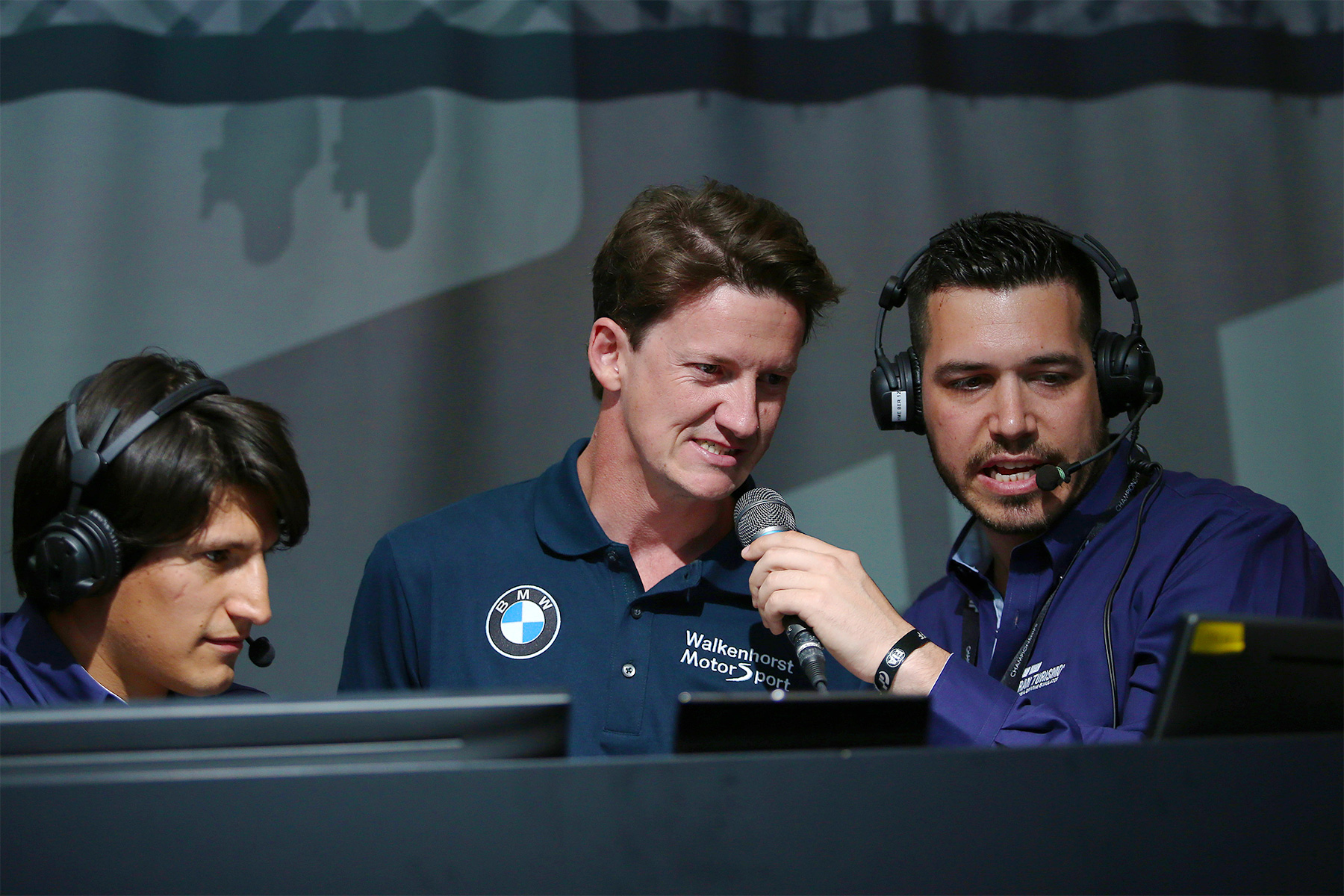 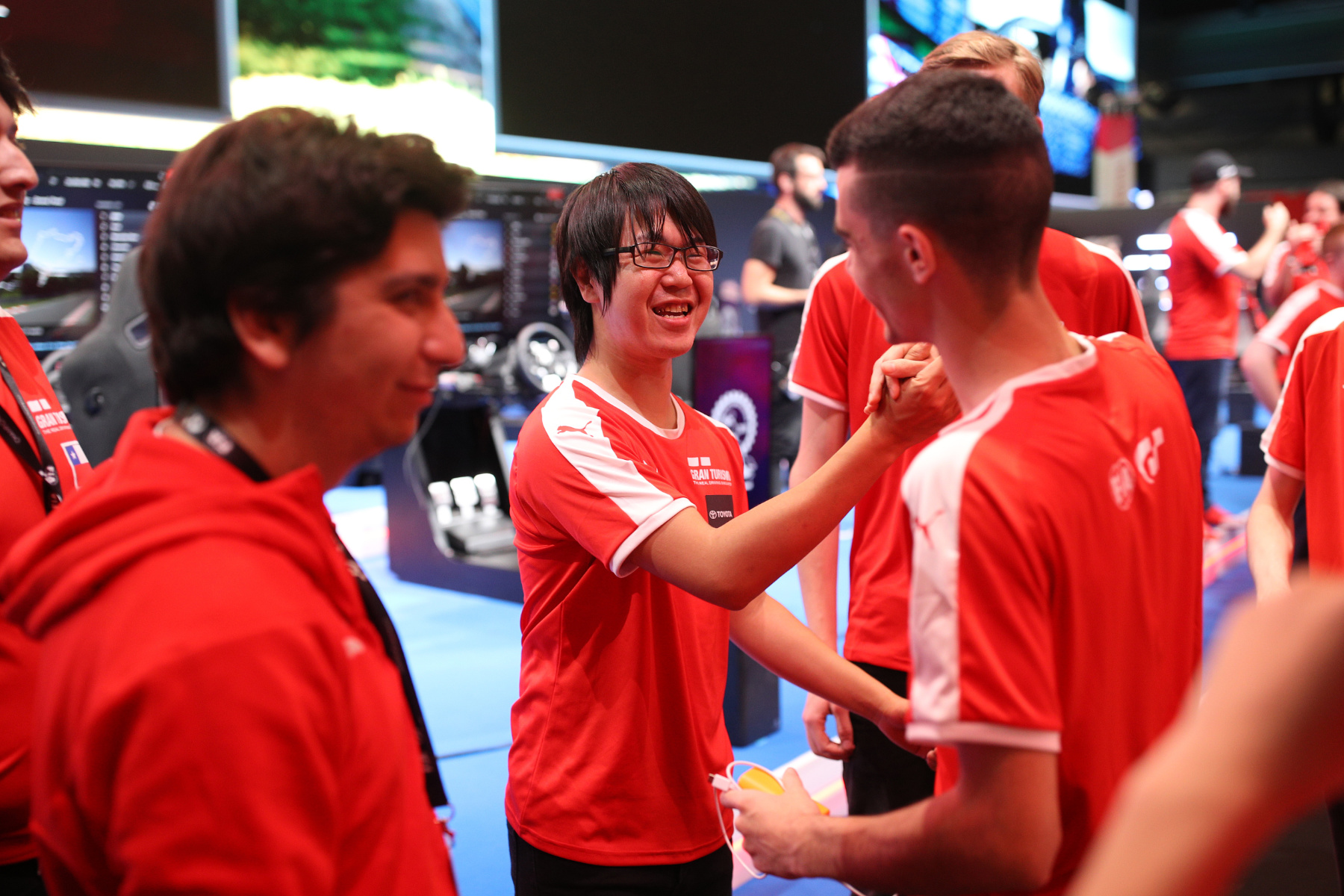 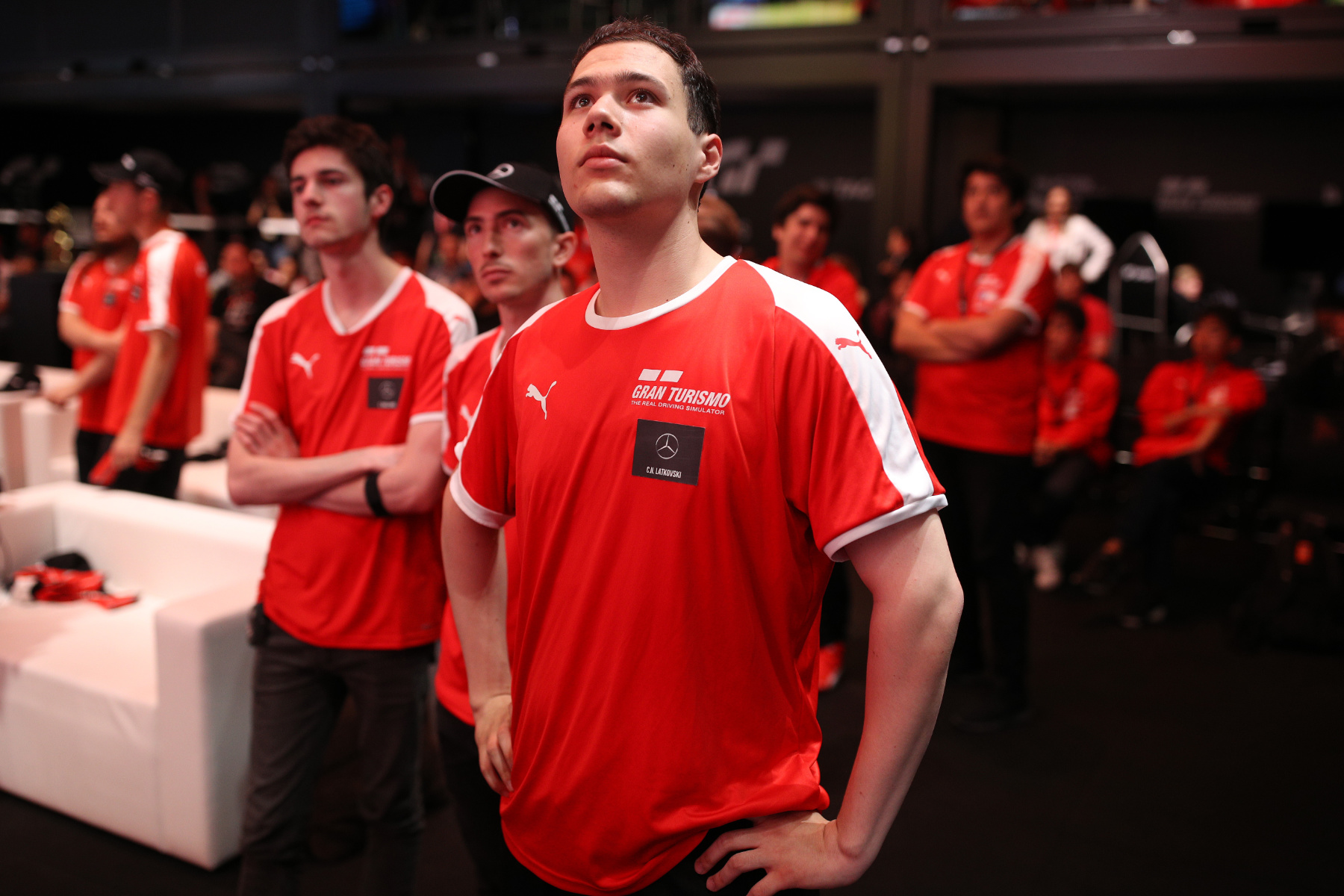 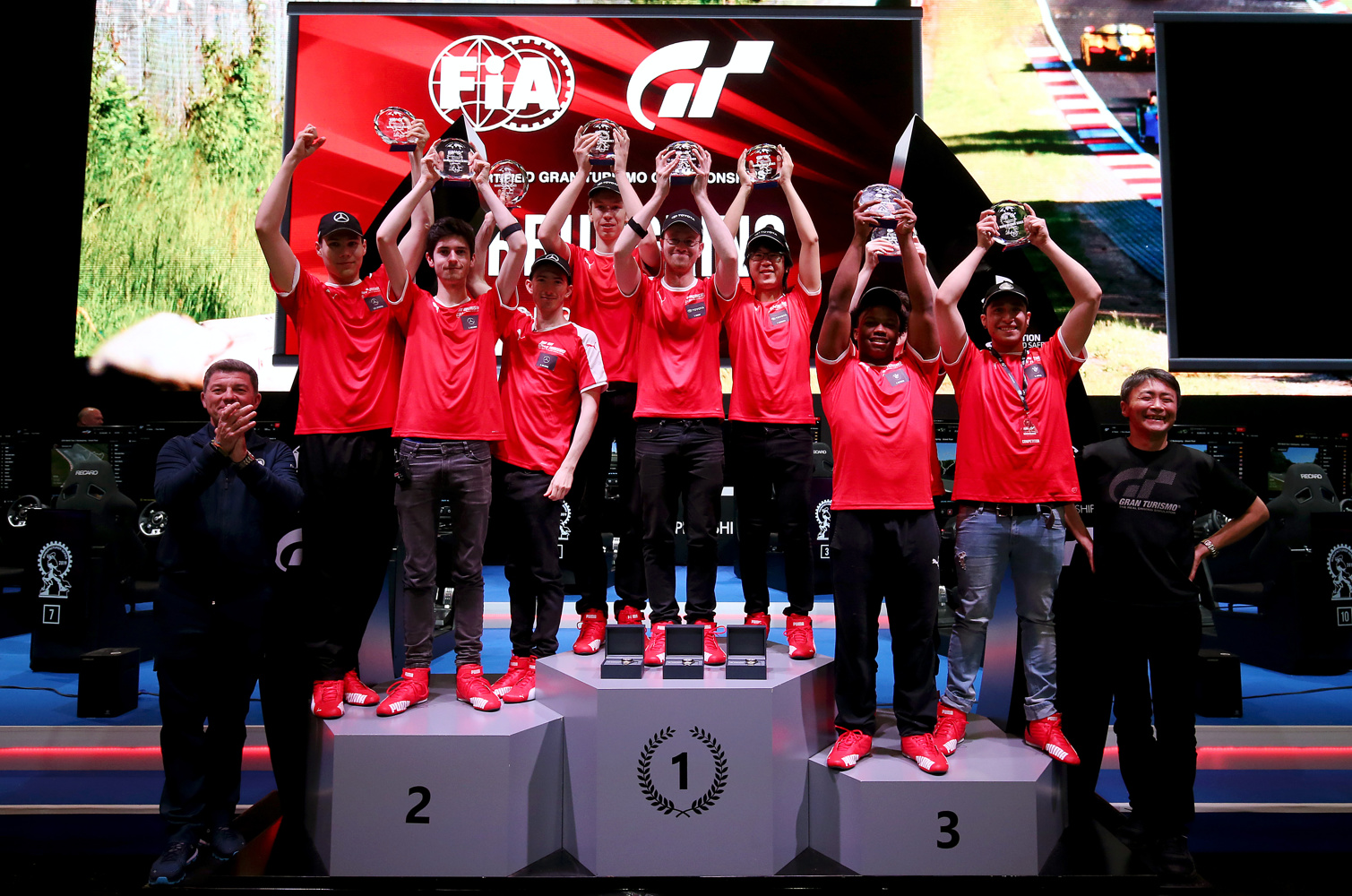 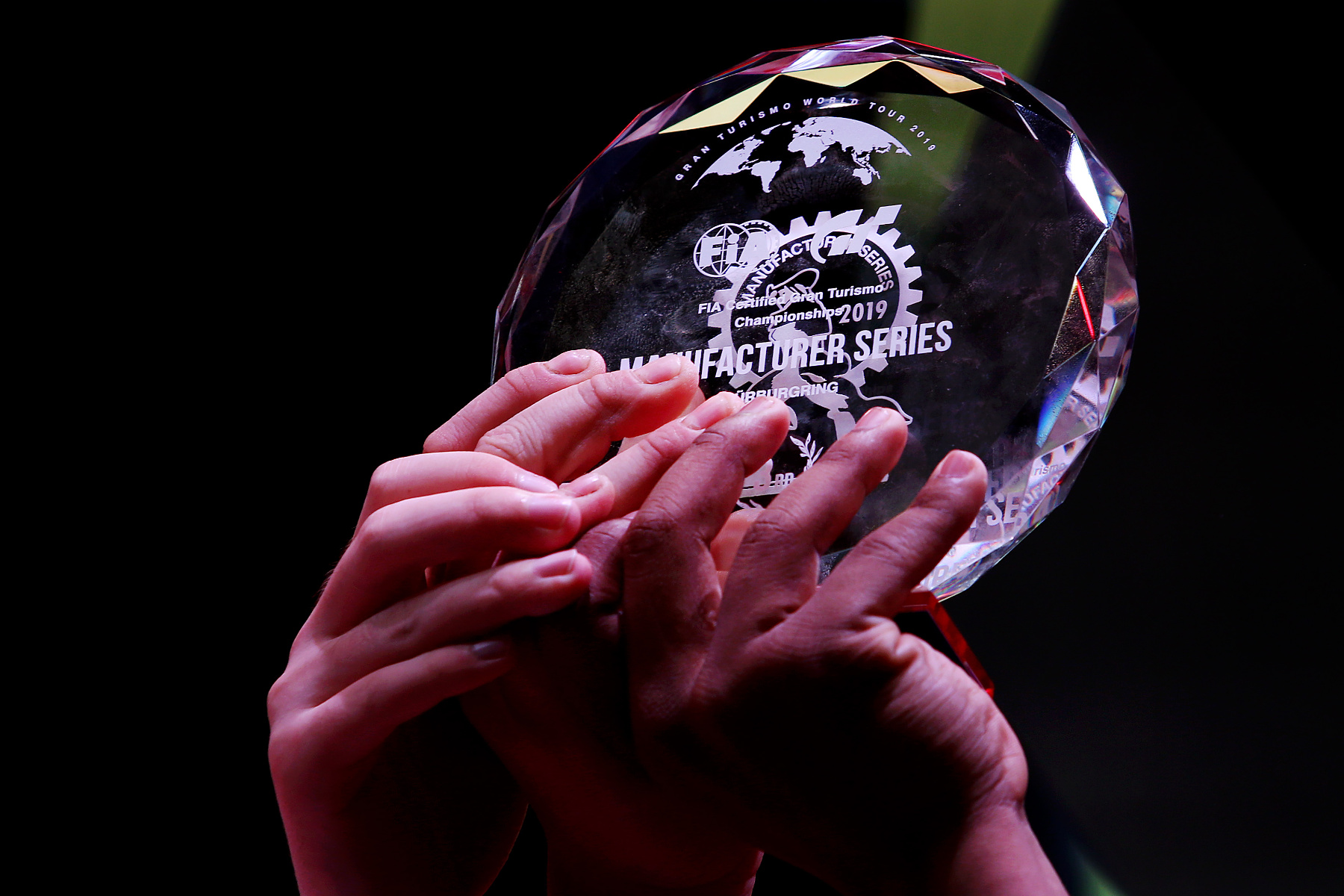 The Manufacturer Series continues with the Online Series. You can watch all the competitors who appeared at this event and many more in the 'Top 16 Superstars' races broadcast on Gran Turismo LIVE. (The next race will be broadcast on July 27.)
After climbing to 2nd position at the end of Round 3, will Toyota take 1st place online as well? Don’t miss it!

On the same day an exhibition match was held for the ‘GR Supra GT Cup’, a One-Make championships now open worldwide. This race was won by Salvatore Maraglino (Italy) and was preceded by a talk session with Kazunori Yamauchi and Tetsuya Tada, Chief Engineer on the Toyota 86 and GR Supra. Both of these events are also available to watch on Gran Turismo LIVE.