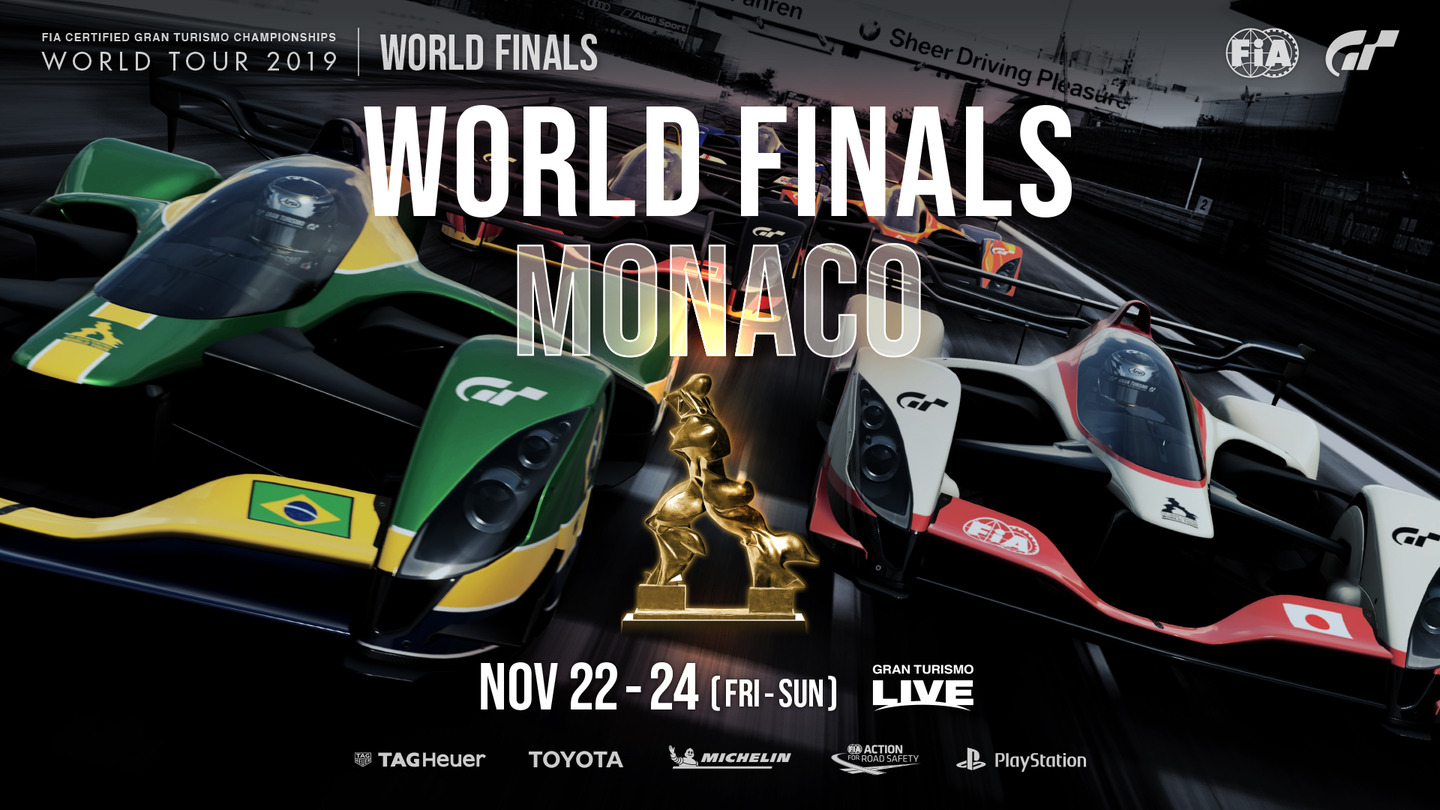 The "FIA GT Championships" 2019 Series World Finals, which takes place from November 22 to 24 in Monaco, will feature a variety of exhibition races and announcements, including the weekend's main events: the Nations Cup and Manufacturer Series .

Participating in the Pro-Am Exhibition Race happening on November 22 will be none other than the current and six-time F1 World Drivers Champion Lewis Hamilton! Will his prowess on the real-life circuit translate to the virtual world of Gran Turismo? There's only one way to find out: By tuning in. Also, Gran Turismo Series Producer Kazunori Yamauchi will be making a major announcement between the Semi-finals of the Nations Cup.

And if that's not enough, a new circuit will be revealed at the World Finals: WeatherTech Raceway Laguna Seca. This legendary California circuit has been included in every version of the Gran Turismo series since GT2 and will make its first appearance in Gran Turismo Sport looking better than ever.

A number of other events are also planned, such as a Trackside Talk with Mazda and Kazunori Yamauchi where they will show a sketch of the MAZDA RX-VISION GT3 CONCEPT that will appear inn next year's FIA GT Championships Series.

The final day of the World Finals will see the unveiling of a brand-new Vision Gran Turismo machine. Designed by Lamborghini for motorsports enthusiasts and video-game fans around the world, a full-size model of the super extreme virtual concept car will be displayed live at the venue. With all this going on at the final FIA GT Championships of the year, you won't be able to afford to miss one minute of the action, so be sure to join us in Monaco!