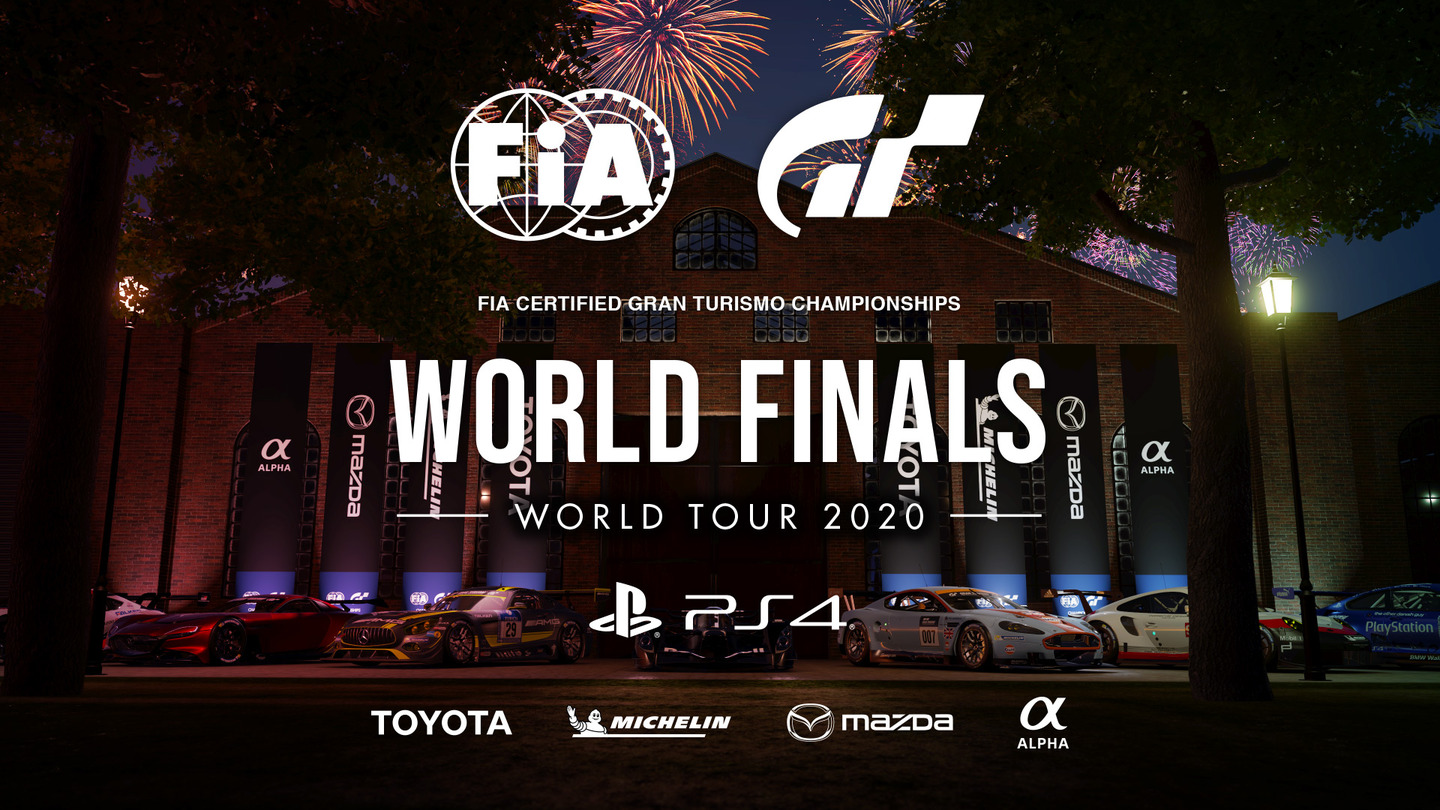 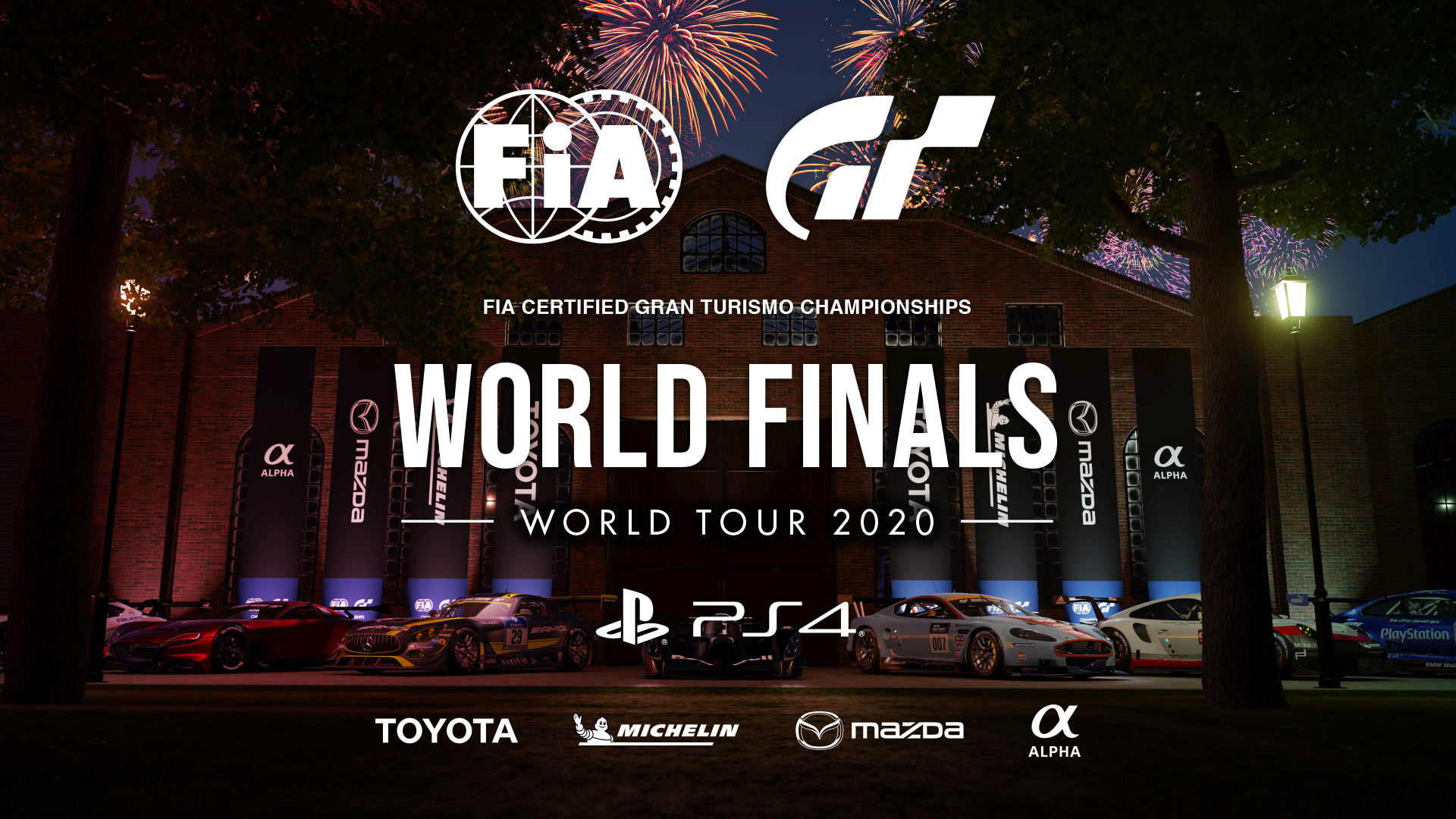 The Premiere Schedule of the Nations Cup, Manufacturer Series, and GR Supra GT Cup Premiere Has Been Confirmed!

The World Finals of the "FIA ​​Gran Turismo Championships" 2020 Series, now in its third year, will be broadcast on December 19 and 20 on the official "Gran Turismo TV" YouTube channel and on "Gran Turismo LIVE," complete with commentary.

On Day 1, we bring you all the race action from the final of the Manufacturer Series that pits manufacturer against manufacturer. On Day 2, the Nations Cup final takes center stage where the very best individual competitors from around the world battle each other for supremacy.

But that's not all. On December 18, the GR Supra GT Cup will be broadcast to coincide with the World Finals coverage.

The Manufacturer Series is a competition that features competitors representing a total of 12 manufacturers, including Toyota and Mazda, the Official Partners of the FIA GT Championships. In this online tournament, teams of three compete, with each driver taking the wheel in one race respectively. The champion of the 2020 Series will be decided based on the total number of points acquired at the very end.

A total of 16 competitors from 10 different countries and territories are represented in this year's Nations Cup World Finals. This year, players advanced from three different regions - Europe/Middle East/Africa, the Americas and Asia/Oceana - with last year's champion having already secured a spot. But will he be able to defend the crown?

The grand final of the second annual global One-Make championship, the "GR Supra GT Cup 2020" will feature competitors selected from a special TOYOTA GAZOO Racing (TGR) participation group, with one competitor from Saudi Arabia and one from Singapore who earned the chance to compete. Which driver will have what it takes to claim the title of world’s fastest Supra driver?

For all other details including the above streaming information, competitor lists, and race formats, please see the World Finals Special Page

Since becoming an official FIA-certified race, the "FIA Gran Turismo Championships" has featured countless epic battles and plenty of edge-of-the-seat drama. In this third year, the format was changed due to the global COVID-19 pandemic. With all the players competing online for the first time ever in every event, the 2020 series saw more than 30 races in the space of 4 months.

This month, a champion will be crowned, despite the hardships the year has brought us.

The FIA Gran Turismo World Finals is an online competition that determines the very best drivers of the "FIA ​​Gran Turismo Championship" 2020 Series.

The World Finals features the very best competitors from around the globe, all of who qualified from World Tour 2020 - Sydney, online races from April to August, or the Regional Finals. The Nations Cup will decide the world’s fastest driver, while the Manufacturer Series will determine the world’s number one manufacturer. On this day, two new champions will be born!

In addition, the "GR Supra GT Cup 2020" Finals, the global one-make series now in its second year, will also be held.

Each event will see a release on the official "Gran Turismo TV" YouTube channel and on "Gran Turismo LIVE," complete with commentary.

We hope you join us at the grand finale of the "FIA Gran Turismo Championships" 2020 Series, and see who comes out on top at the second GR Supra GT Cup!