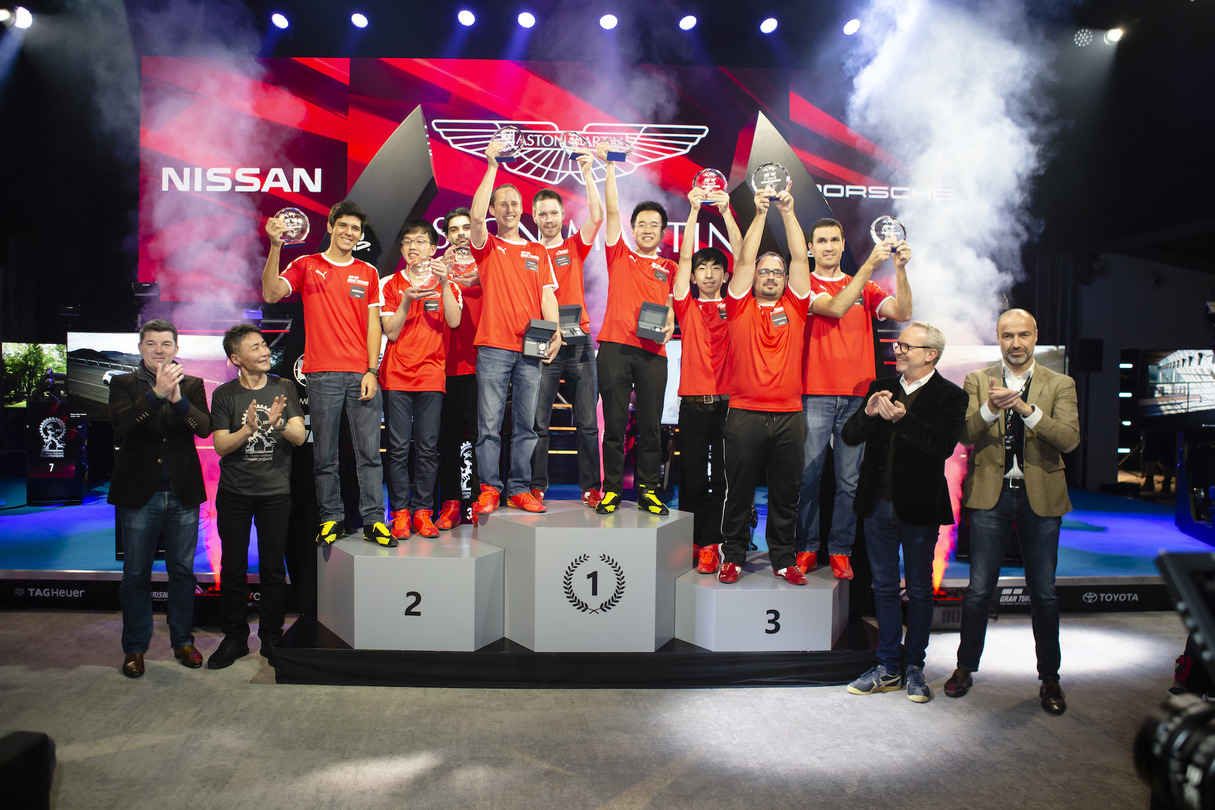 Aston Martin Prevails in the Opening Round of the 2019 Series 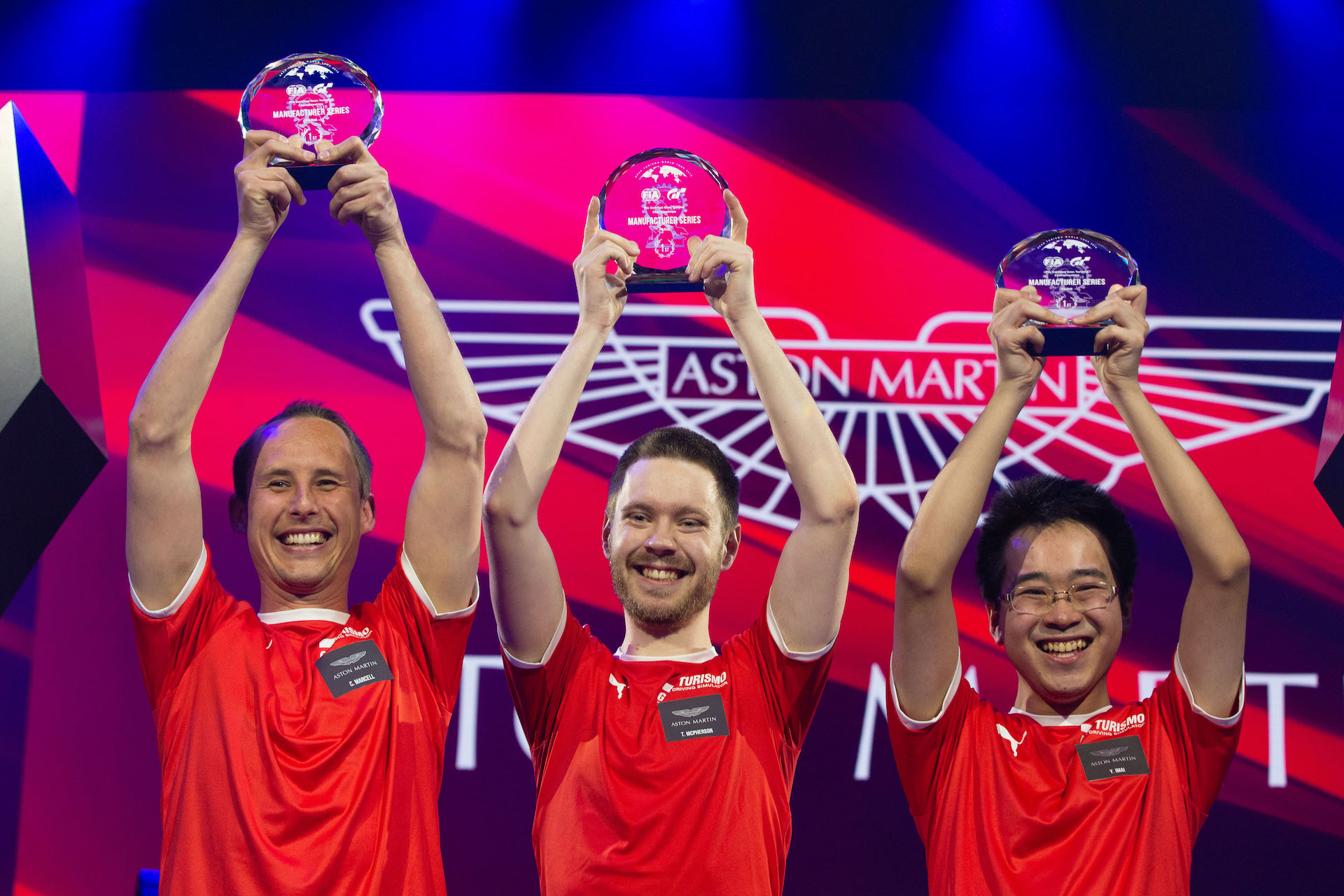 The Pavillon Gabriel, the site of the World Tour, hosted 36 competitors, who were divided into teams of three, representing 12 manufacturers. The contestants were chosen based on their results from last year's World Finals. The Manufacturer Series for this round consisted of four races, with the first three formatted as individual competitions, and the Final Race being a team effort with double the points.

Among the "Top 6 Qualifiers," Nicolás Rubilar (Chile), driving for BMW, took pole position. Lexus, one of the favorites and last year's Manufacturer Series champion, failed to crack the top six and started 9th.

In the first race, BMW went from pole-to-checkered-flag, dominating the field. In the second race, the first Asia region champion, Ryota Kokubun (Japan), drove his Nissan GT-R Gr.4 to victory. Of particular note in this race was Aston Martin's McPherson, who took advantage of his V8 Vantage Gr.4's high speed on straights and worked his way up from 7th position all the way to a 2nd-place finish.

The third race was absolute chaos as the first European Champion, Mikail Hizal (Germany), went off track with his Nissan, handing the lead to Aston Martin. However, Renault Sport came seemingly from nowhere to overtake the Aston in the final chicane to win the race.

At that point, Nissan sat in 1st place, Aston Martin in 2nd and BMW in 3rd, but the championship was still up for grabs with the final endurance race, 17 laps on the Circuit de Barcelona-Catalunya Grand Prix Layout, still left to run. Aston Martin, which finished 3rd in the World Finals last year, proved too fast and too cool under pressure for the others, as it claimed victory in this last race and took the overall title. It was a wonderful display of speed, consistency and team chemistry.

Follow the Championships as it happens on "Gran Turismo LIVE"

The Nations Cup will take place on the final day of the World Tour on March 17. The race will be broadcasted live on "Gran Turismo LIVE." With the introduction of team radio, you'll be able to follow the competition through the eyes and ears of the teams, just like in real-life racing. 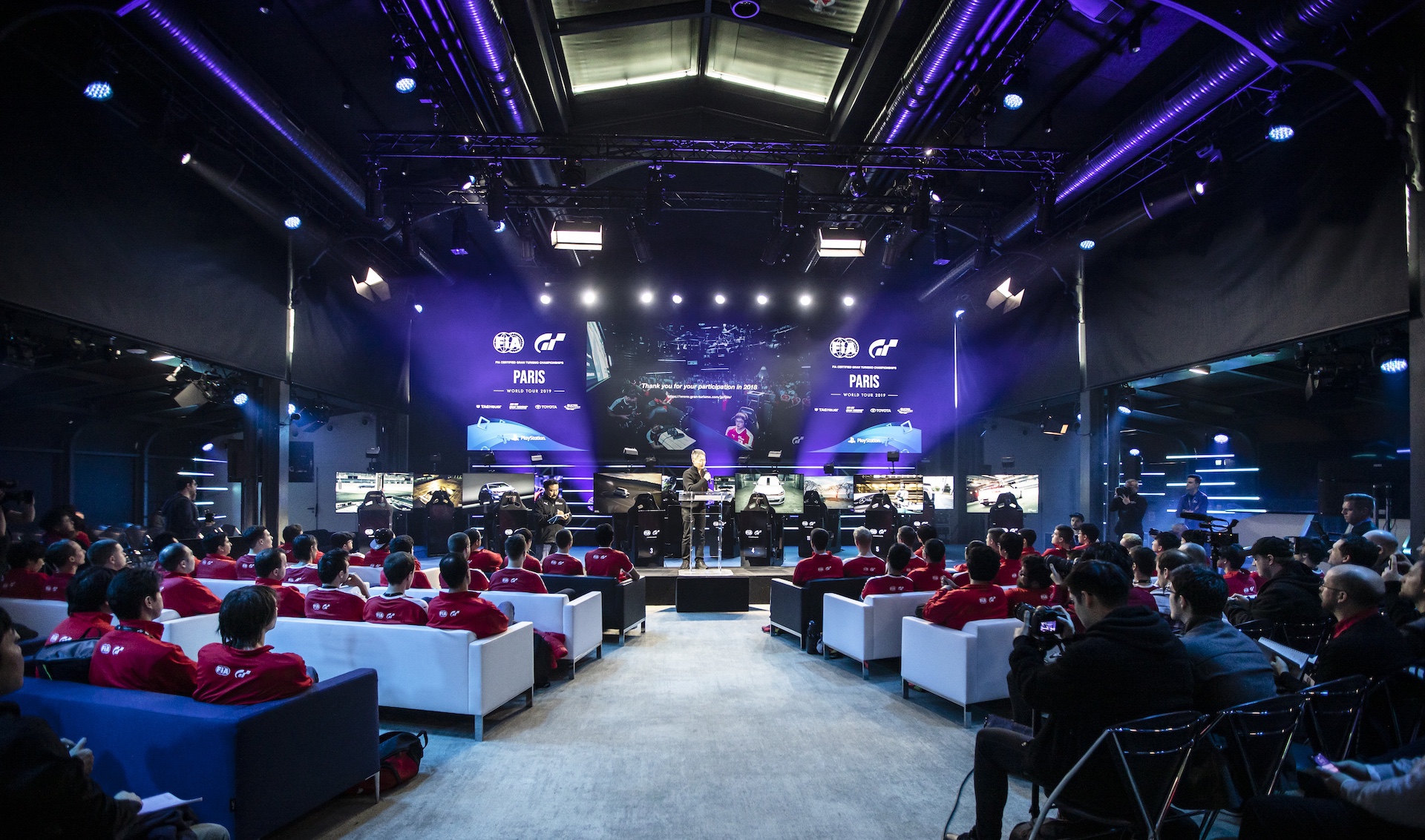 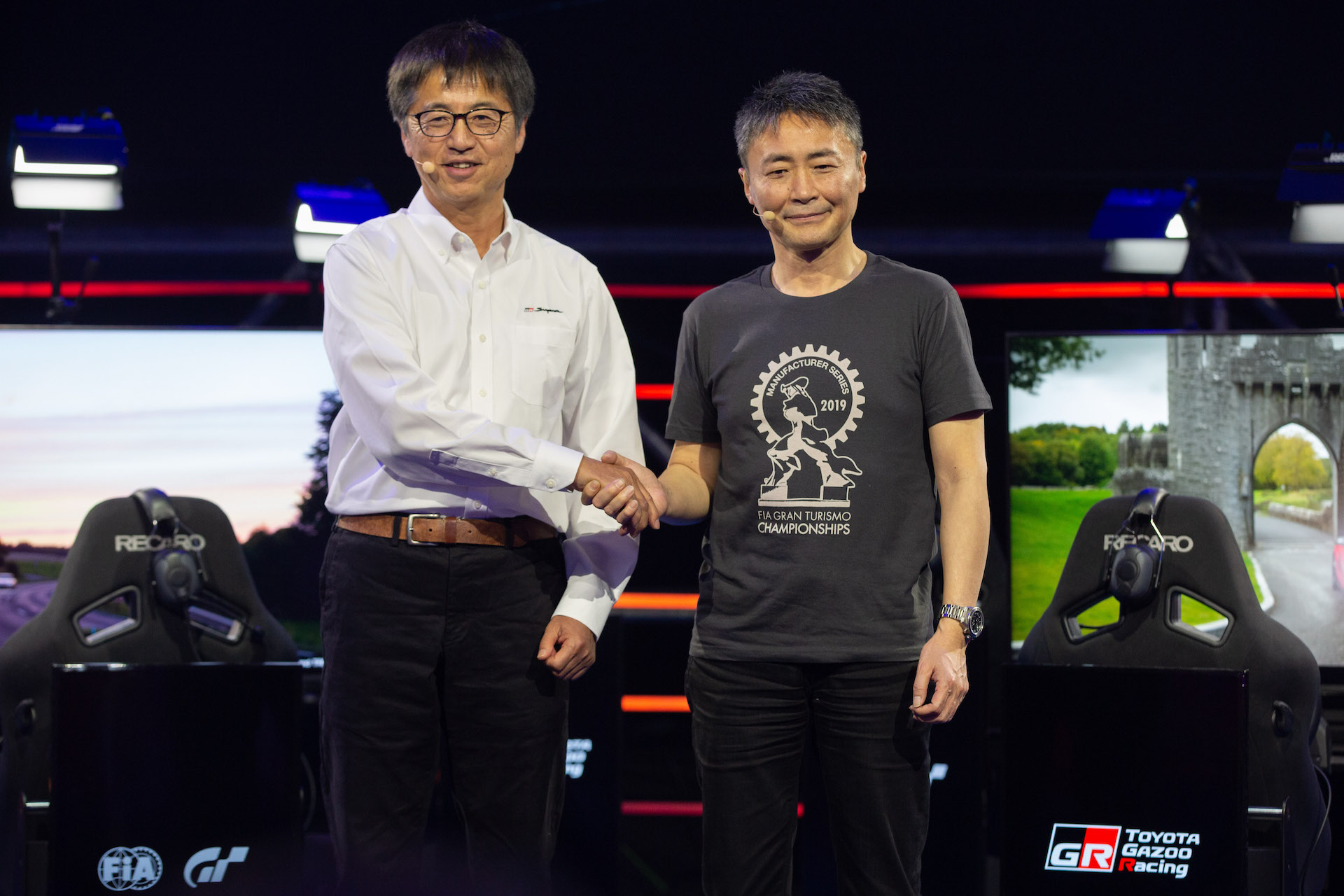 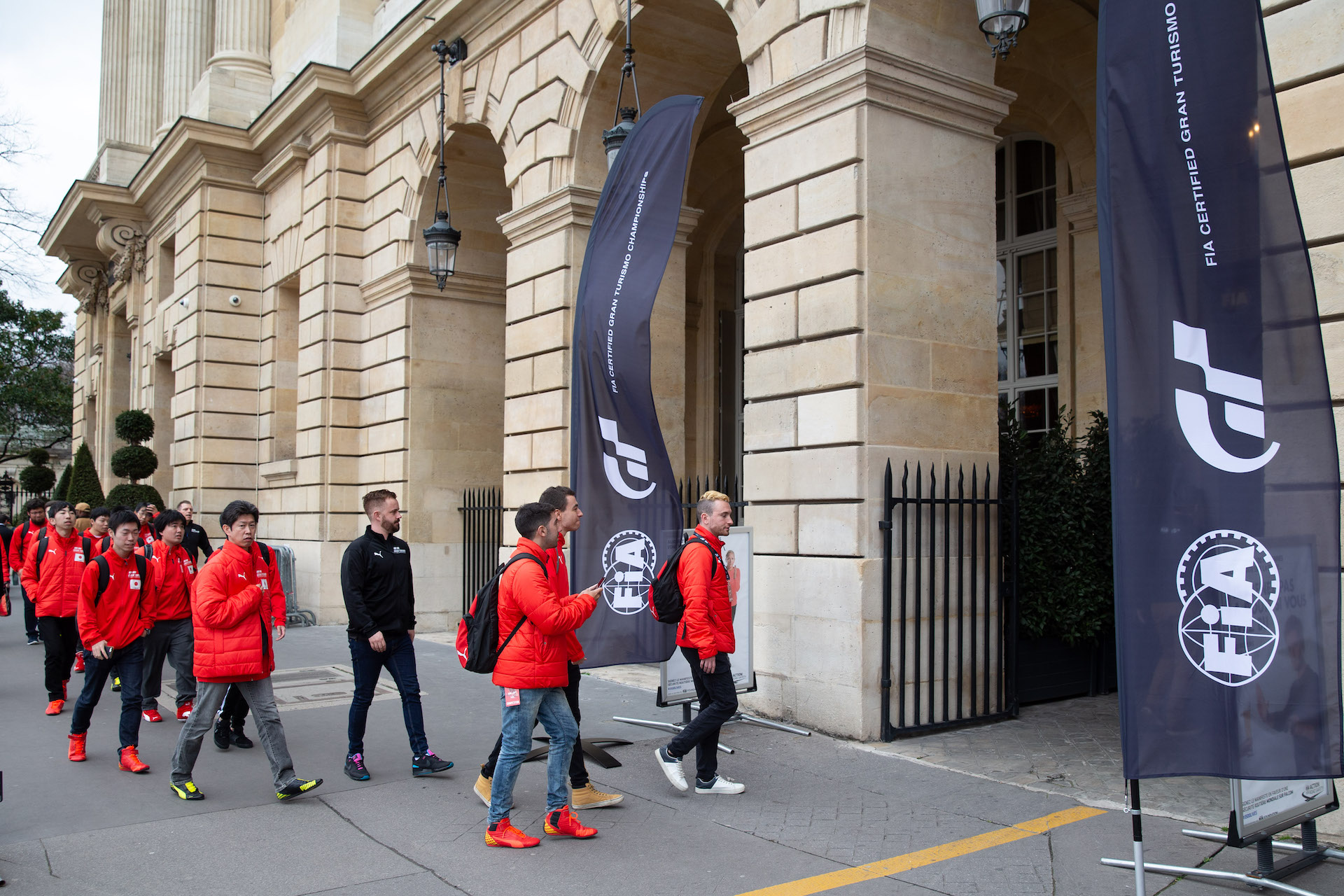 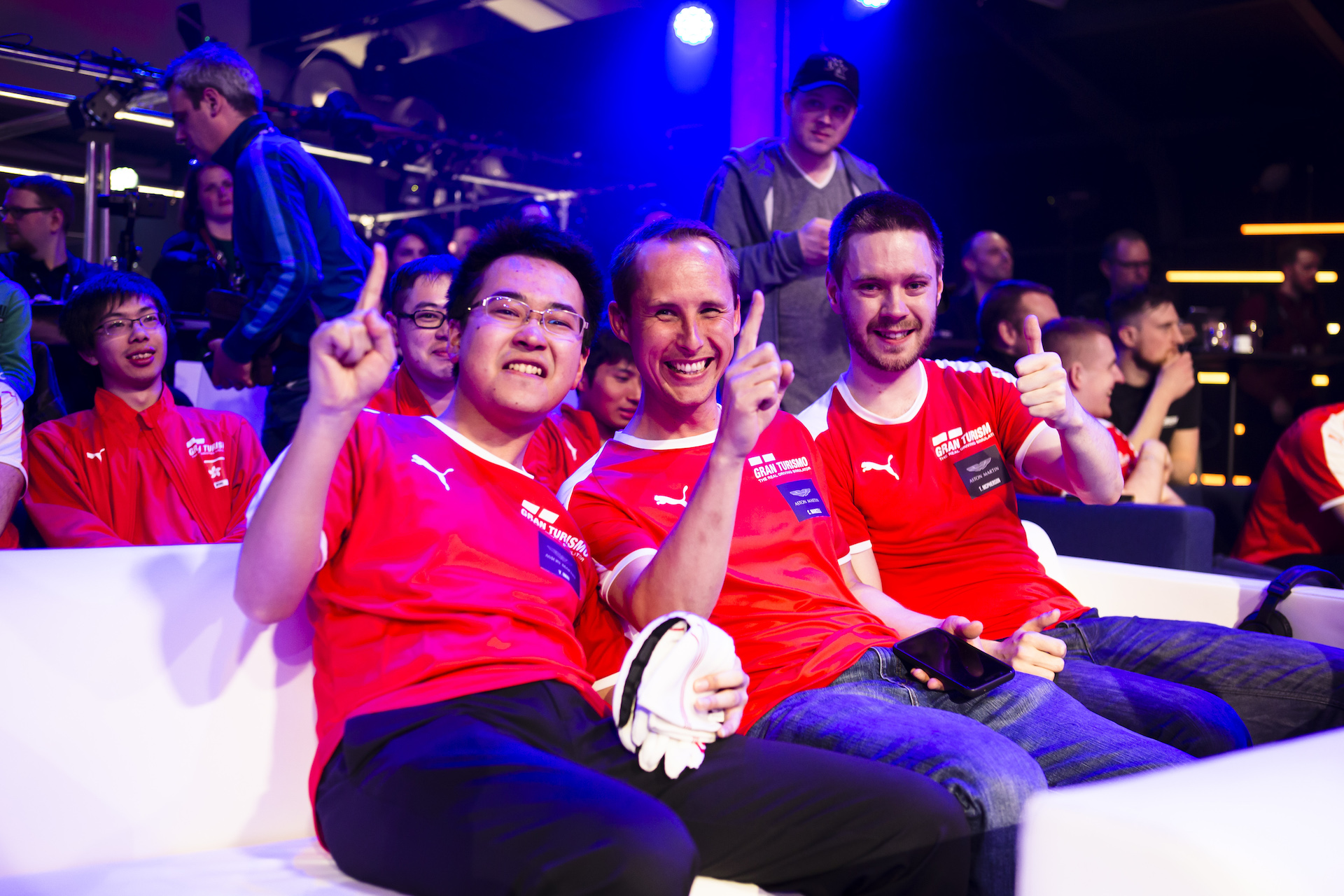