The following two championships will be hosted: 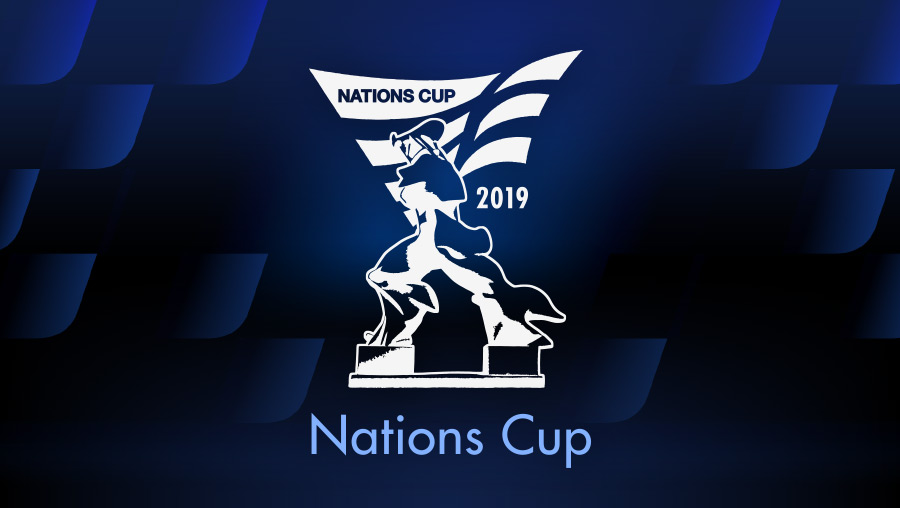 FIA GT Championship // Nations Cup
The Nations Cup is a championship where countries and territories will compete for victory. The country (or territory) of a competitor will be automatically assigned based on the information registered on the PSN Online ID used to sign in to the game. There are no restrictions on the country of origin of the cars that will be driven. 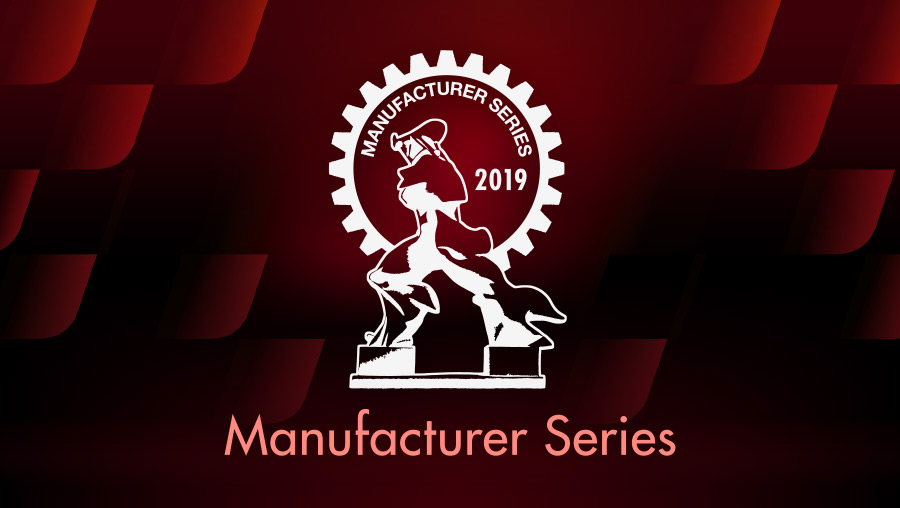 Anyone can participate in the Online Series from within the "Sport" mode of GT Sport.

However, the "Star Player Registration Form" and the participation in the World Tours and World Finals will be available only to competitors aged 18 or over at the time of the event.

(In Saudi Arabia, Kuwait and the United Arab Emirates, competitors must be aged 21 or over on the starting date of the event.)

The championship will be divided into 5 Regions. "Star Player" registration, participation to the World Tours, and World Finals is limited to the following countries and regions. 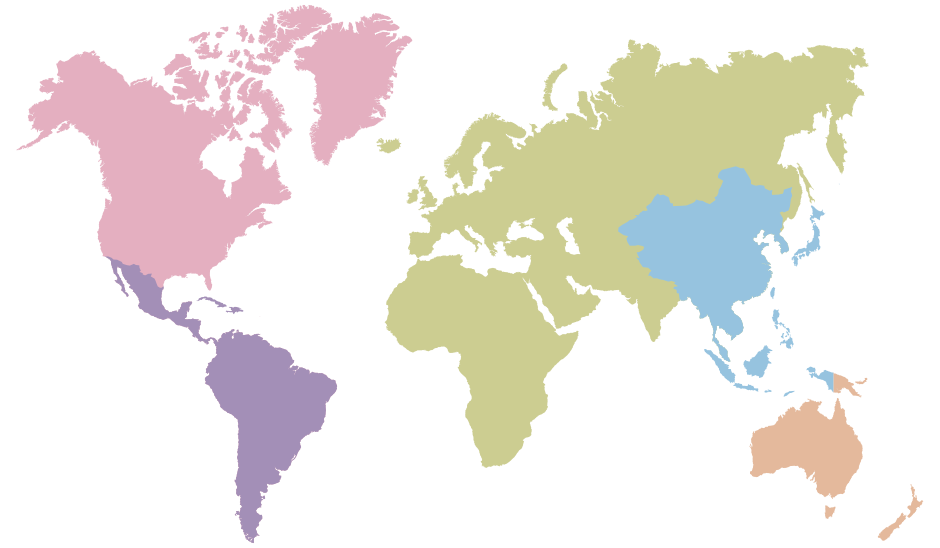 The 2019 Championships will be comprised of the following 3 events:

These races will make up the core of the championships. Anyone can participate in the Online Series from within the "Sport" mode of GT Sport.

The Nations Cup Online Series will be held as a year-long competition from March to September.
The Series will be divided into 4 Stages, each made up of 10 Rounds (where 1 Round includes a Qualifying and a Final Race) for a total of 40 Rounds.
By participating in an online race, competitors will be awarded with points based on their race performance. These points will determine competitors' positions in the ranking, which will be updated at the end of every Round.
At the end of each Stage, according to their ranking, competitors may qualify as "Star Players" (see below) and may be selected to participate in World Tours (see below).
Eligibility to participate in the World Finals will be decided based on a combination of each competitors' ranking at the end of the Online Series and their performance at World Tour live events throughout the year.
The ranking is based on an effective points system: at the end of each Stage, the final score will be tallied from the best 1/4 Rounds out of the total for that Stage (with half numbers rounded up).

(Dates in bold will include a "Top 16 Superstars" race - see below.
Due to unforeseen circumstances, it is possible that events on some dates may be changed or canceled.)

These are live events held at various locations around the world. The competitors sitting at the top of the rankings from all Regions will be brought together to decide the best driver.

Competitor selection for the World Tour events will be based on their rankings at the end of each Stage of the Online Series (excluding the first World Tour held in Paris).

(The dates for the World Tours may be changed or the event canceled.)

The participation for the Nations Cup World Tour will be determined according to the following criterion:

Top competitors in the Online Series rankings from each Region at the time of selection. However, there will be a limit to the number of players from a single country (or territory), as shown below:

(If participation slots open due to withdrawals and selection limitations, competitor selections will be made from the top of the rankings list.
This selection method does not apply to "World Tour 2019 - Paris.")

The participation in a Manufacturer Series World Tour will be determined according to the following criteria:

(See the "Global Manufacturer Ranking" section below for more information.)

The following is a list of Official Partner for the 2019 Series.

(Other Official Partners may be added during the Series.)

(If two or more manufacturers have an equal amount of points in the "Global Manufacturer Ranking," the selection will be determined following these criteria:

"Manufacturer Ranking Points" distribution per Round

Points acquired by the top players of each manufacturer

In each Round, the position of a manufacturer in the ranking is determined from the points acquired by that manufacturer's top drivers. Based on this ranking, Manufacturer Ranking Points are distributed. 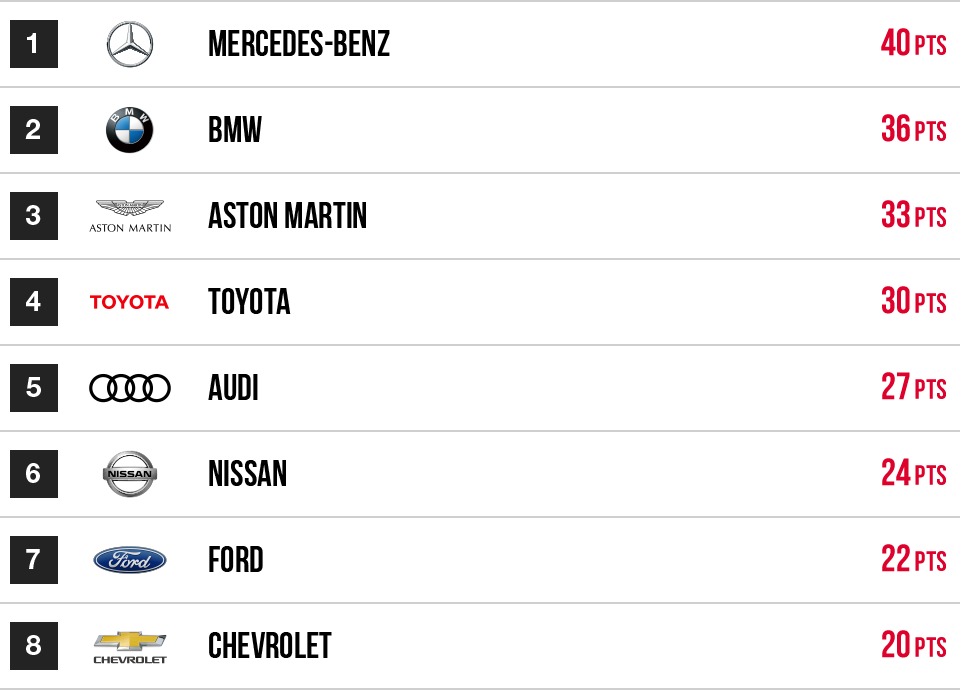 Manufacturer Ranking Points from all 5 Regions are totaled 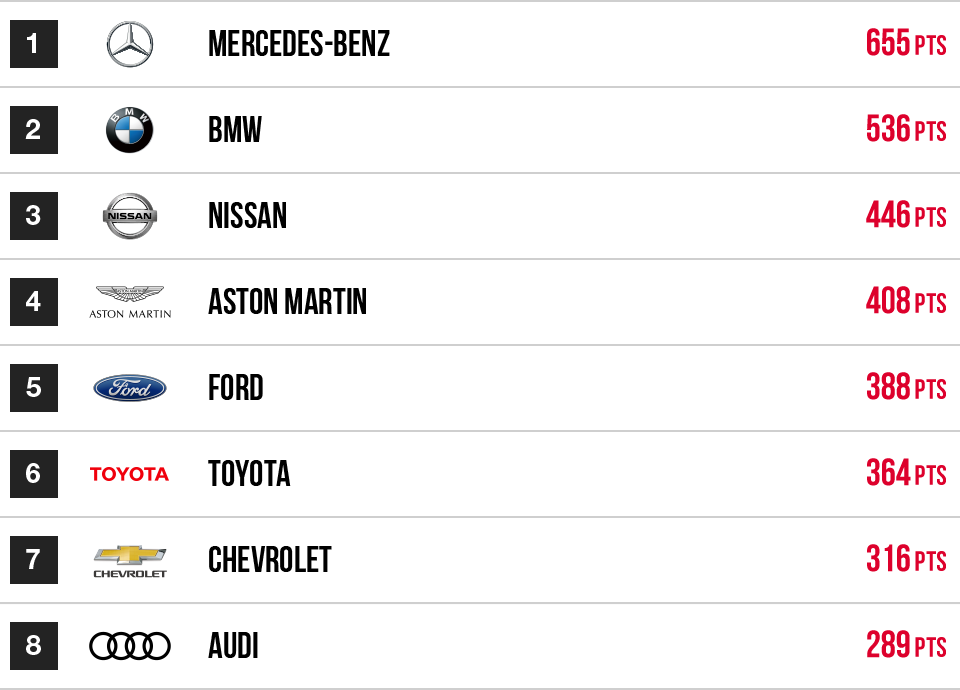 Each of the 12 manufacturers will select their representative drivers following these criteria:

1) The 3 Regions with the highest Manufacturer Ranking Points will be selected;
2) The top players from those 3 Regions are selected as that manufacturer's representatives.
(Note: unlike the Nations Cup, the number of World Tour victories will not be part of the selection criteria.)

In the event that multiple regions score the same points in the "Global Manufacturer Ranking", the order will be decided by the following criteria

If there are players who forfeit their participation, the next player will be selected following this order of priority:

This is a live event to determine the best driver in the world.

(The dates for the World Finals may be changed.)

The participation for the Nations Cup World Finals will be determined according to the following criteria:

Players with the highest number of World Tour wins. (The number of races won at the World Tours will not be considered.)

Top competitors in the Online Series rankings from each Region at the time of selection. However, there will be a limit to the number of players from a single country (or territory), as shown below:

(If participation slots open due to withdrawals and selection limitations, competitor selections will be made from the top of the rankings.
In some cases, a competitor next in the ranking may be selected as a substitute. In this case, the above limitations related to participants from the same country or territory will not apply.)

If a Country Representative Final is held, the maximum number of competitors to World Finals from that country will be as indicated in the table above, and the number of maximum competitors from the corresponding Region will be reduced accordingly.

When a player participates in and finishes an online race, points are awarded according to their final position. The points gained are determined automatically by the average Driver Rating of all players matched in that race.

*If players enter more than once in a single round, only the points earned in the last race of the day will count towards their Online Ranking for that Round..

"Star Players" are players who exhibit superior technique and sportsmanship, that are revered by all players. It will be necessary for drivers to register more detailed profile information that will be used during race reports and Live Events. The "Star Players" Driver Rating in-game will appear as "S."

The players at the top of the rankings at the end of each Stage can register as "Star Players" on gran-turismo.com.

The "Star Player" prerequisites for each Region are as follows: 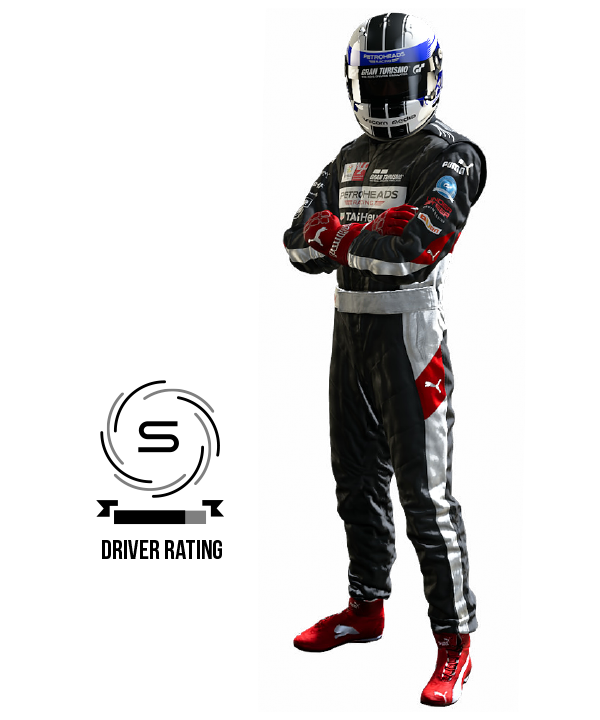 When the prerequisites for a "Star Player" registration are met, a notification will appear in-game. Please proceed to register on gran-turismo.com.

The "Star Player" status is only valid during the Stage immediately following the Stage where the player fulfilled the prerequisites.

During the Online Series, there will be special "Top 16 Superstars" races where only the top drivers will be matched together. Bonus points are awarded after this race, allowing players to earn more points than normal.

To be eligible for the "Top 16 Superstars" race, the following prerequisites must be met:

The competitor is registered as a "Star Player" on gran-turismo.com.

A competitor's Driver Rating or acquired points for that Stage must be within the top 16 positions of all entering competitors. However, the following restrictions apply:

(For the details about the amount of bonus points, selection criteria, and entry restrictions for the "Top 16 Superstars," please check the information screen when selecting each event in-game.
The selection criteria can either be based on the Drivers Rating or acquired points, depending on the event.)

If two or more competitors have an equal amount of points at the end of a Stage, the ranking will be determined following these criteria:

a) The highest Driver Rating
b) The highest Sportsmanship Rating
c) The earliest "Gran Turismo Sport" has been played, according to the PSN Online ID's record.

If it is found that a competitor is participating through multiple PSN accounts, and/or is partaking in any activity that interfere with other competitors' races, said competitor may be disqualified from the Championships.

In order for the organizer to uphold the highest standards for the event and to ensure a fair competition, we reserve the right to investigate any suspicious activities.

Participants are expected to fully cooperate with the organizers if such investigations are taking place.

If a competitor is found to have violated rules or have taken part in fraudulent activities, they may be disqualified or subject to other penalties.