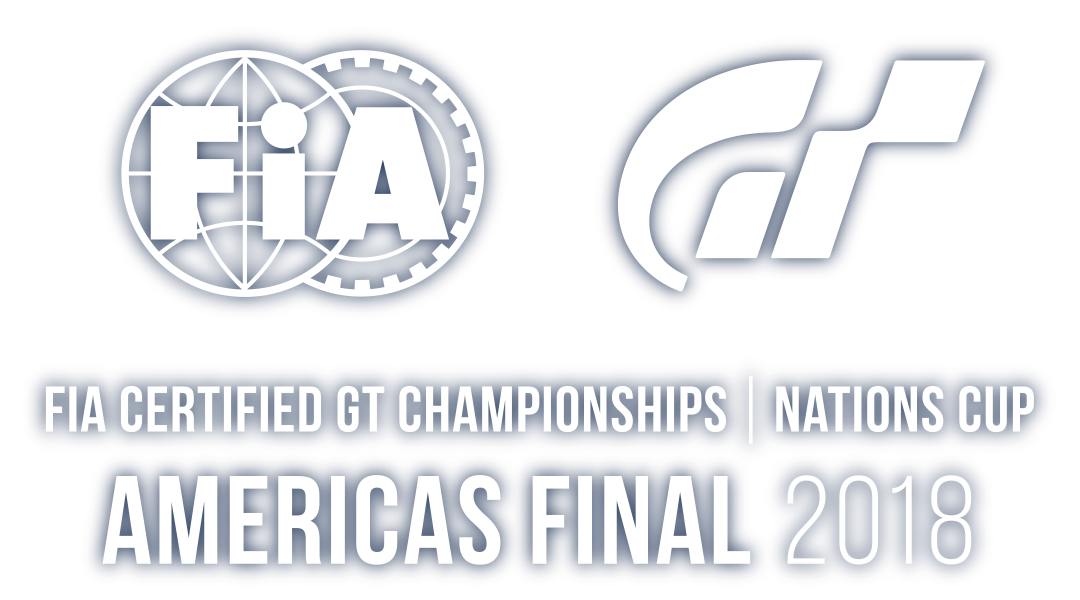 The "Nations Cup" is a category in the "FIA-certified Gran Turismo Championship," a newly-certified motorsports discipline formed by the FIA (Fédération Internationale de l'Automobile) and Gran Turismo.

In the Americas Final, 30 of the top ranked drivers from North, Central and South America will gather to see who is the fastest driver in the Western hemisphere.

An Americas Champion will be crowned for the first time here, and the top ten drivers will advance to the World Final, which will take place at a later date. With all the serious Gran Turismo enthusiasts and die-hard race fans in the Americas, this will be a competition that you won't want to miss!

Top 2 Competitors of each Group (4 total)

- The Americas Champion is determined from the 10 competitors who made it to the World Final.
- Final result is determined by the total points after 3 races.

The top 2 players of each block will proceed to the World Final.

Based on points acquired from all 3 races.