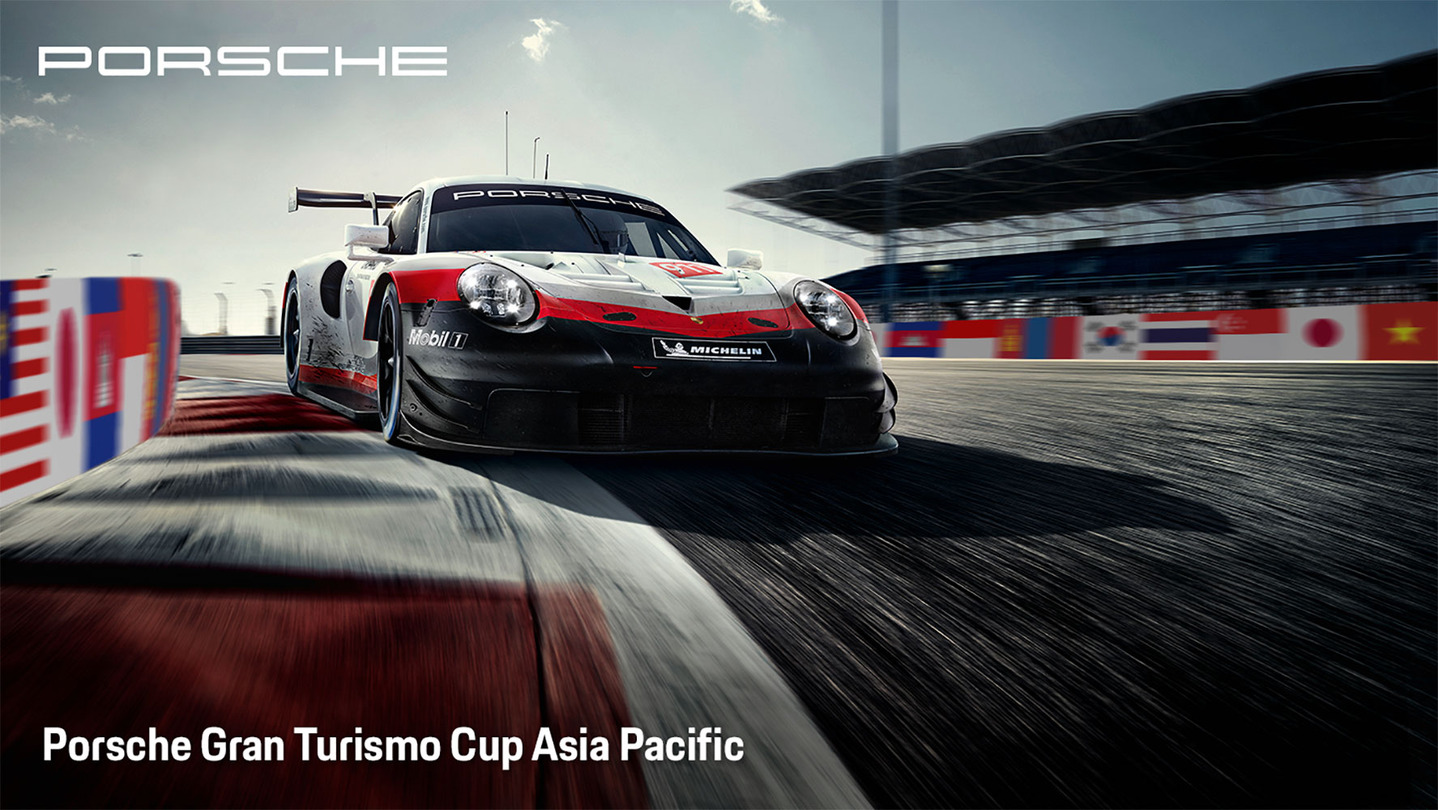 The Porsche Gran Turismo Cup Asia Pacific which will be contested on Gran Turismo Sport, is the next evolution of the 'Porsche Esports Racing Japan' series, a popular one-make race hosted by Porsche in Japan since 2019. This new series will no longer be limited to just Japanese drivers but expanded to become an international event covering the entire Asia Pacific region.

The tournament will take place from 5 September to 31 October and drivers will compete in five qualifying races. The top five competitors from each of the four Regions - Japan, Asia Pacific, South Korea, and Taiwan (20 drivers in total) - that accumulate the most points over three races will qualify for the Semi-finals. The top 10 drivers from the Semi-finals will advance to the Grand Final held in mid December, where they will compete to become the inaugural champion of the Porsche Gran Turismo Cup Asia Pacific.

The prize for the winner is an all-expenses-paid trip to Japan to the new Porsche Experience Center Tokyo opening on 1 October, for a ‘Porsche Brand Experience’ weekend where they will have the opportunity to receive a driving lesson from a Porsche instructor.

Races in the Porsche Gran Turismo Cup Asia Pacific will be held on some of the most iconic tracks in the world, so get ready for some fierce one-make battles in legendary Porsche cars against the top drivers in the region!

Players will be able to enter 15 minutes before the race starting time. The top five drivers with the highest number of points in each market will be selected. Players must be aged 18 or older to enter.

Mid December (the exact date will be announced in the link above at a later time.)