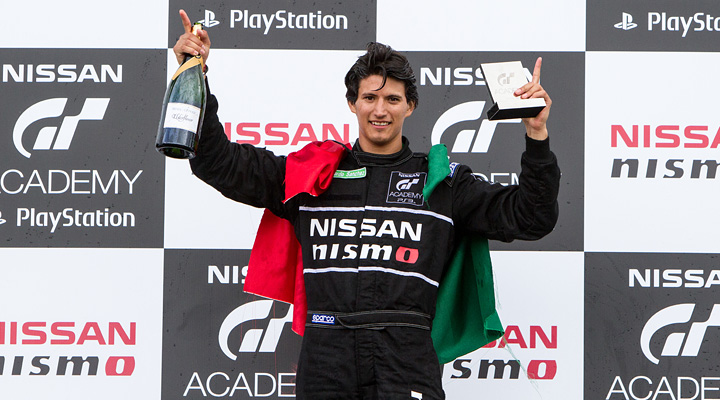 GT Academy International made its debut in 2014, welcoming for the first time ever a collective body of competitors from Australia, India, Mexico, the Middle East and Thailand.

Online racing and live events drew hundreds of thousands of Gran Turismo®6 gamers to compete for the National Finals held in Melbourne, Jaipur, Mexico City, Dubai, and Bangkok over June and July. The wide geographic stretch of this year’s program continued the prestige of GT Academy at renowned venues such as Phillip Island Grand Prix Circuit in Melbourne and Autódromo Hermanos Rodríguez in Mexico City. 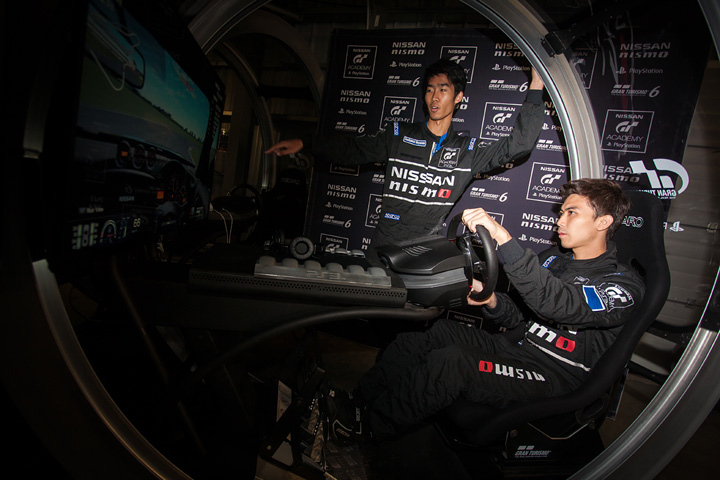 What began with thousands was narrowed down to 28 people per territory, after which just 27 set sail to Silverstone, where head Judge Rob Barff introduced them to the 6 day International Race Camp. 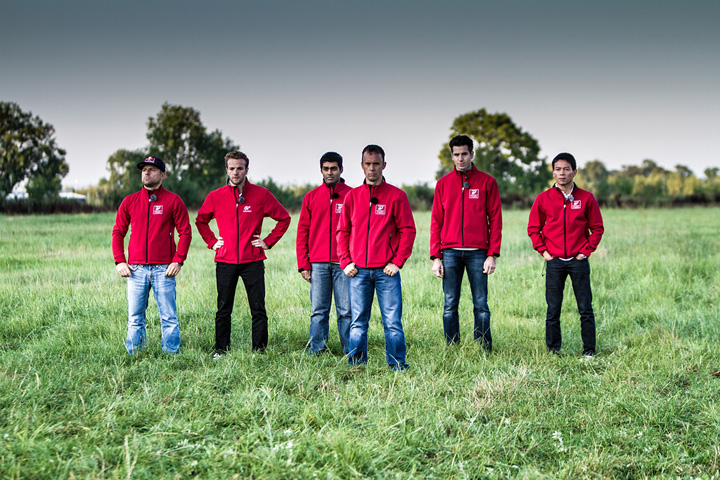 At International Race Camp, first impressions aren’t everything – but in a competition that spans over just 6 days – a good start is well advised, and the results from Australia were exemplary of both the preparation and hard work they’d all put in. Best Mates Ben Smith and Marcello Rivero from Melbourne pushed each other to get into Race Camp and this strength of camaraderie quickly showed amongst their teammates as they trumped the arduous ‘Mud Mahem’ assault course on Day 1.

Having travelled from some of the word’s warmest climates, bleak weather at Race Camp was a wet awakening for the competitors. It was also a great chance for the drifting challenge on Day 2, where the activity was made even more exciting with drift legend Abdo Feghali onsite to set the standards. 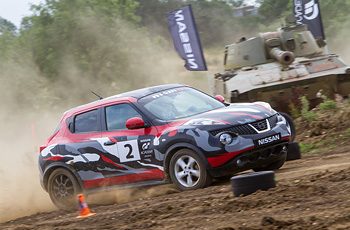 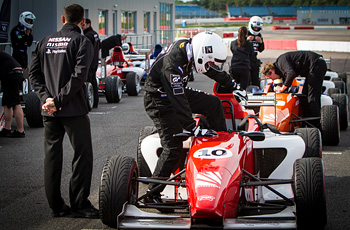 International Race Camp welcomed competitors to the Traffic Challenge, Gymkhana, dirt track time trial and stock car racing. Here they were put to the test in the Nissan GT-R, 370Z, Juke, and Micra (albeit a bashed up one), while other activities included single-seaters, off-road buggies and crazy carts, presenting unknown territories for competitors. While Race Camp headquarters was based at Silverstone’s Stowe Circuit, other race venues included Northampton International Raceway, London Rally School, an empty airbase, and ‘Tanks a Lot’ - a farm-converted arena for tank and other off-road driving. 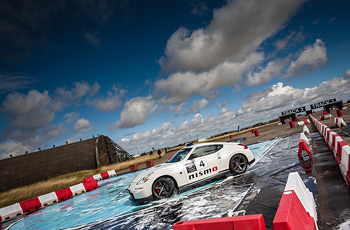 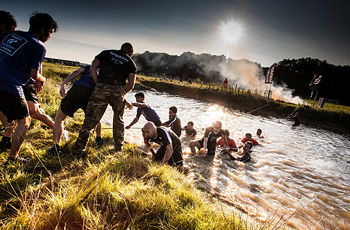 Off track activities such as interviews with mentors and ARDs education were a comforting change of pace amid pressures behind the wheel. Laser Challenge – a test of driver patience, strength, balance and concentration – showed a more unique assessment of drivers behind the wheel. 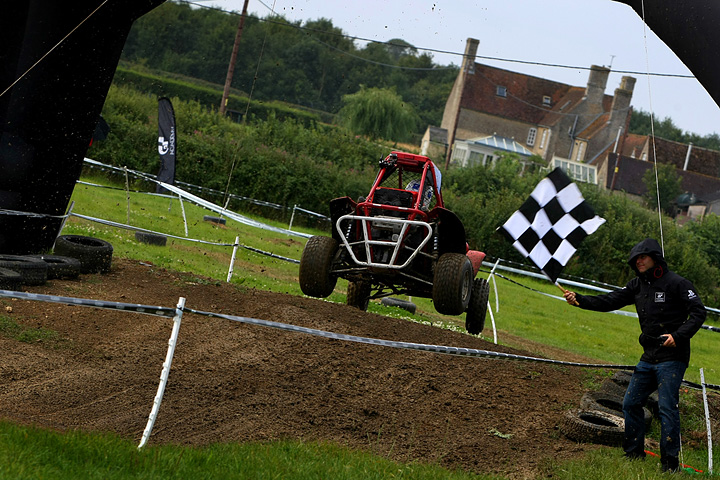 Buggy challenge on Day 5 was the penultimate test, where the remaining two in each territory competed for their grid position in the final race, appointed to only one person per territory. In a heated contest that saw winning team Australia tumble in the last minutes, Thailand came through for their most rewarding victory so far in the competition, putting them in pole position for the final race. ‘Dogfight’ race challenge the same day was a last chance for drivers to show they deserved a shot at the title. This emotional end of the journey for five competitors included Prakash Nair of India – who at 42 represents the competition’s oldest competitor.

The final race on Day 6 was the last hurdle at Race Camp, where weary-eyed judges looked over Silverstone’s National Circuit as the five finalists entered into a riveting eight-lap race. The Middle East’s Ahmed Bin-Khanen took an immediate lead over Thailand’s Thanaroj Thanasitnitiket, who soon drifted to the back of the race. Meanwhile, Riccardo Sanchez of Mexico jumped into the lead, quickly to be followed by Josh Muggleton of Australia, who’d made his way to second right from the back. As Abhinay Bikkani from India pushed into third ahead of Ahmed, the Mexican simply refused to give way to Josh who was hot at his tail throughout. The race was won by Ricardo with a lead of 6/10 of a second over Josh. 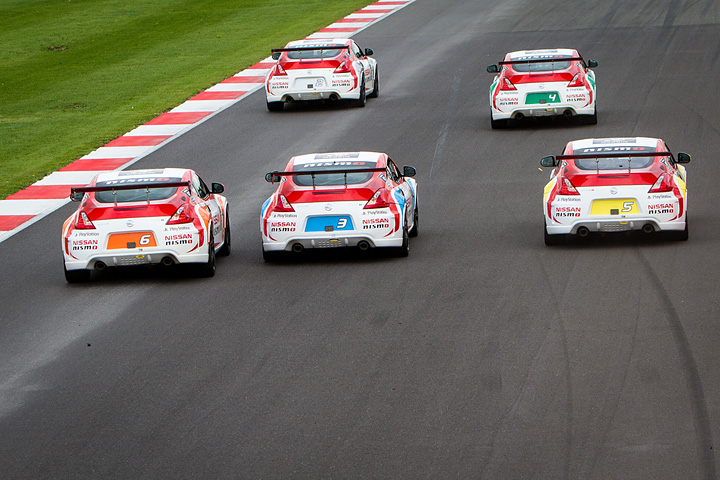 An intense period of deliberation followed as judges convened at Silverstone’s BRDC to decide on the final champion. As the drivers took to the podium, Rob Barff announced Riccardo Sanchez as the winner of GT Academy International 2014. The competition had been close, however, his growing potential and ability to finish on top in competitive situations paved the way for Ricardo to take on the Driver Development Program and the Dubai 24 Hours Race in January 2015.