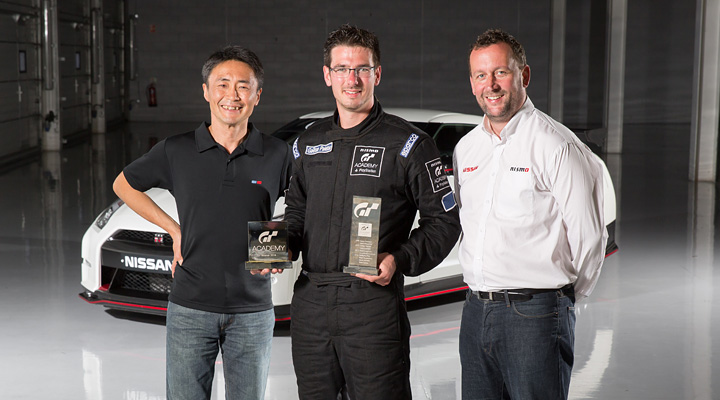 A competitive mix of drivers, spurred on by an impressive talent pool of regional mentors, raised the bar high in the 2014 competition. From the small French village of Barzun, Gaëtan Paletou offered similar excellence to his peers, but distinguished himself above others with his consistency, maturity, hunger for success and ability to work well under pressure. These qualities were particularly well shown in the final race of GT Academy 2014 Race Camp, where in an episode of vehicular casualties and last moment race changes, Gaëtan kept his head down and focused on the win.

Having aspired to measure his abilities against some of the world’s best drivers, Gaëtan comes closer to his dreams in the build up to the Dubai 24 Hours race in January 2015. Beforehand, the strengths and skills of Gaëtan Paletou will be shaped and supported by the dedicated experts in the Nissan Driver Development Program (DDP).