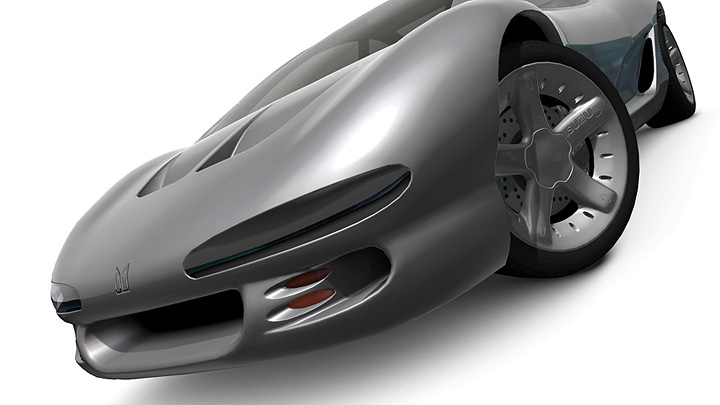 In 1989, Isuzu Motors which had great success with models like the Piazza and Gemini at the time, unveiled an eye catching concept model at the Tokyo Motor Show. The organic curves created a dynamic form, and the passenger compartment was set forward, giving it an appearance of a beast about to pounce. This high performance midship sportscar with four doors and four seats was the talk of the Tokyo Motor Show; the car was the Isuzu 4200R.

The 4200R was designed by Shiro Nakamura, who at the time was the chief designer at Isuzu Motors Europe Studio (He is currently a Managing Executive Officer of the Nissan Motors Corporation.). Going abroad to Europe by himself in 1988, he established Isuzu’s design studio in Birmingham of the UK. And by organizing designers who had ties with Lotus - who were in the same GM group at the time, he created the 4200R.

The Assembly of Talent

The designers who exhibited their skills for the project are an interesting group. There was Simon Cox (Currently the GM Advanced Studio Manager), Julian Thomson (Currently the Chief Designer of Jaguar), Peter Stevens (Currently the president of Peter Stevens Design), and Peter Horbury (Currently the Ford Design Executive Director). Men who would later go on to shape automotive designs of the world, had been gathered at the Isuzu office in Coventry, 21 years ago.

With the combination of so much raw talent in its development, the 4200R was highly praised at the motor show, and marked a milestone in Mr. Nakamura’s career. But Isuzu at the time was steering towards becoming an SUV manufacturer, and in 1993, completely withdrew from the manufacture of passenger cars. Within this chaos, the 4200R had lost its role, and the beautiful body of the car was set to be dismantled.

The Encounter at Pebble Beach

20 years later, Mr. Nakamura had not forgotten the ideas and energy exchanged with the designers on the 4200R, and its enduring style. And at the judging seat of the Concours d’Elegance, a historic car event in California of the US, he met Kazunori Yamauchi.

Upon hearing the stories from back in the day from Mr. Nakamura, Kazunori, who had actually seen the 4200R at Makuhari Messe in person 20 years ago at the motor show, immediately made a proposal. To revive the 4200R, through Gran Turismo. It was then that it was decided, that new life would be breathed into the legendary car after all these years.

Brought Back to Life After 21 Years; Just As It Was Then. 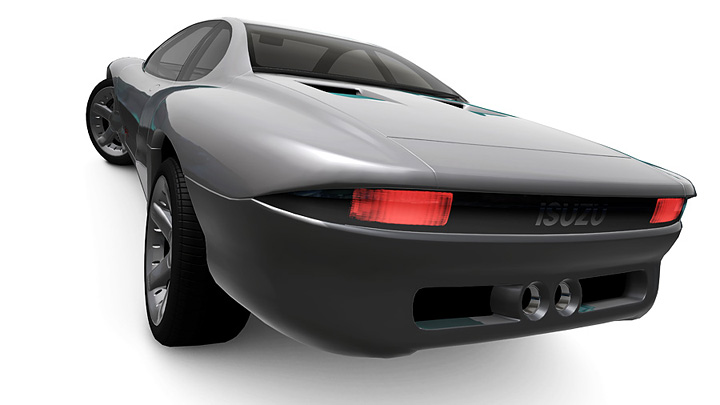 Its creation took over a year, and Mr. Nakamura visited Polyphony Digital periodically to watch over its progress. Once the exterior had taken form, he cried out loud in amazement from its level of recreation. But at the same time, his gaze had changed. He started to give precision advice on details and images that were not possible to get across through the photographs initially provided. Mr. Nakamura’s visage, his voice, even his fingers pointing out details, was once again that of the chief designer who gave direction to Simon and Julian back in Coventry, in 1989.

See for yourself the 4200R revived for the first time after 21 years, in “Gran Turismo 5”. The test driver of this concept car, may be you.