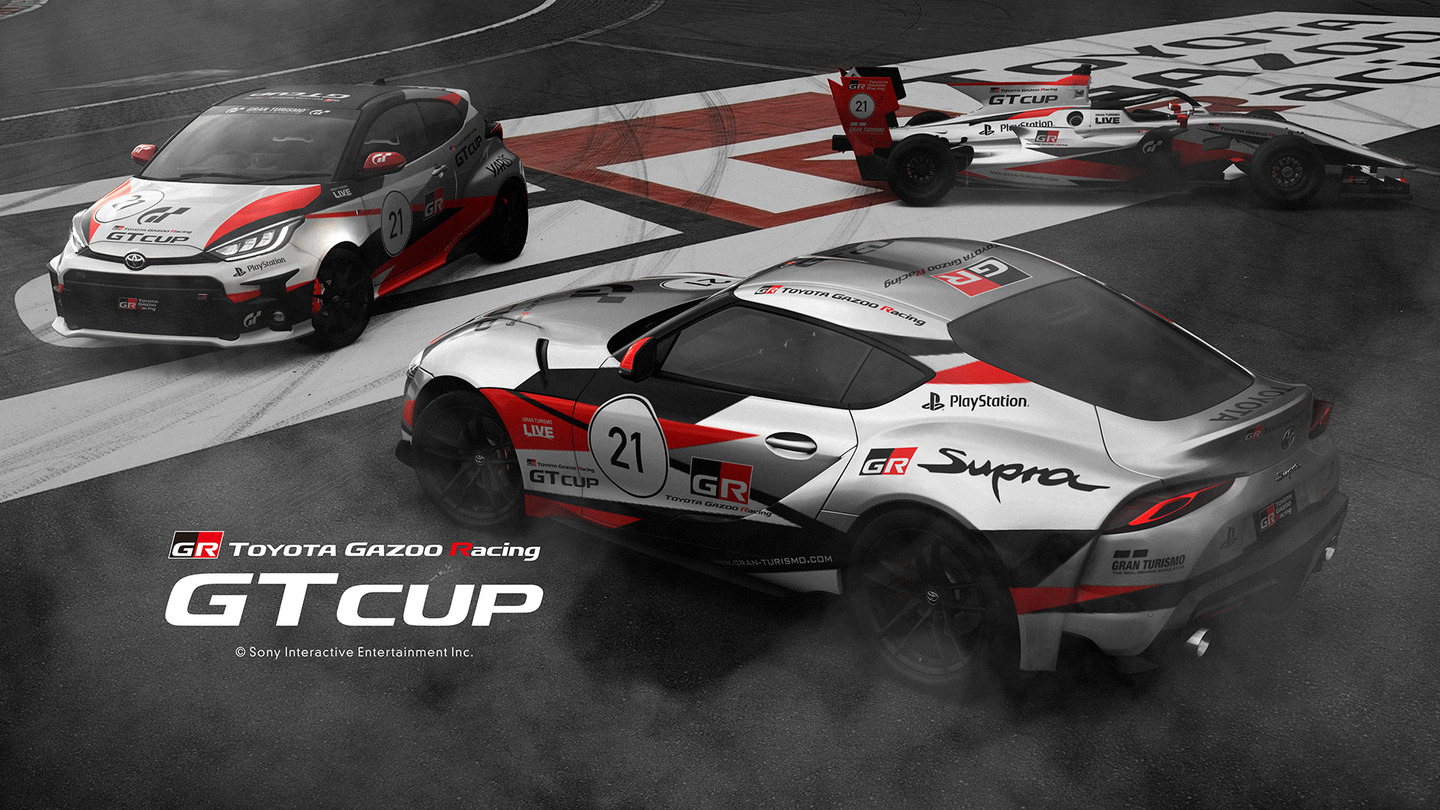 The ‘TOYOTA GAZOO Racing GT Cup 2021’ is a global race series continuing in the steps of the ‘GR Supra GT Cup’ which started in 2019. This year a unique regulation has been implemented where the vehicle to drive changes every Round, making this competition evolve into an even more attractive race series. The series will be fought using a wide lineup of cars such as the GR Supra, which reached 1.3 million in-game cars purchased since its inclusion in Gran Turismo Sport, followed by the GR Yaris, which reached 530,000 cars sold in-game, as well as the just announced GR 86 which is slated for inclusion in the game mid-year, and other dedicated racing cars.

The series opens on 25 April. This year's champion will be determined through eight races, including seven qualifying Rounds that start on that day plus the Final planned in December. Whether you participate yourself or root for your favourite driver, enjoy the world of e-Motorsports that provides a unique experience you can’t quite get in real world motorsports!

*The eligibility age varies according to each participating country's law, and as such there might be cases where an entrant cannot progress through to the live event despite being ranked at the top for their Region.

*Dates and tracks may be subject to changes.

*For Rounds 4 the race will start 30 minutes earlier than the above times. Please note the times may be subject to further changes.

Track information of each round can also be seen in the TGR official homepage:

Players will be able to enter those races in the 'Sport' mode of Gran Turismo Sport, 15 minutes prior to the race starting times.