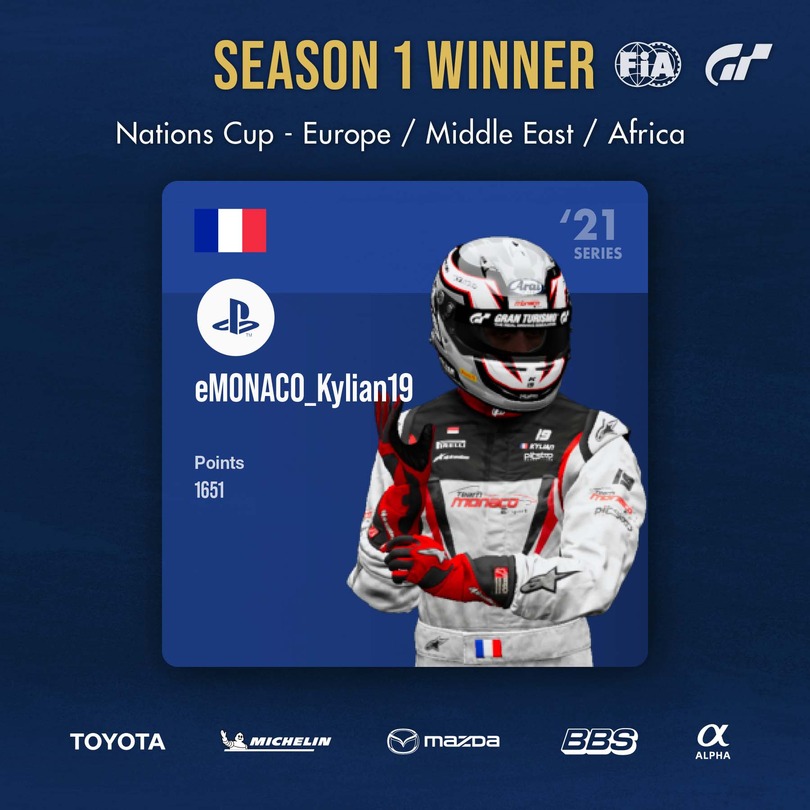 The EMEA region is the most fiercely competitive of all the online series regions, and the opening season saw a drivers of all experience levels taking each other on.

The Czech Republic's ERM_Nick, who has in the past been rather overshadowed his rivals, made a very impressive start. He skipped the first race, but then scored a massive 424 points in Rounds 2 and 4 to leave his rivals in the dust as the season approached the halfway point.

But ERM_Nick's grip on top spot was not as firm as it seemed, and before he knew it, he'd been pegged back by a rookie from France! eMONACO_Kylian19 hadn't performed well in the season's early races, but roared into life in Round 6, scoring 414 points and putting pressure on the top of the leaderboard. ERM_Nick could only manage 366 in response, and his lead at the top was narrowing.

Rounds 9 and 10 were both head-to-head showdowns, and eMONACO_Kylian19 won them both, pinching first place and ending the season at the top of the EMEA leaderboard!

Because eMONACO_Kylian19 is under 18, however, he was not able to enter the World Series or the World Series Showdown, despite his victory. A shame, but after his performances against the veterans of the 2021 Nations Cup, it's only a matter of time until he's making a name for himself on the grandest stages of all!