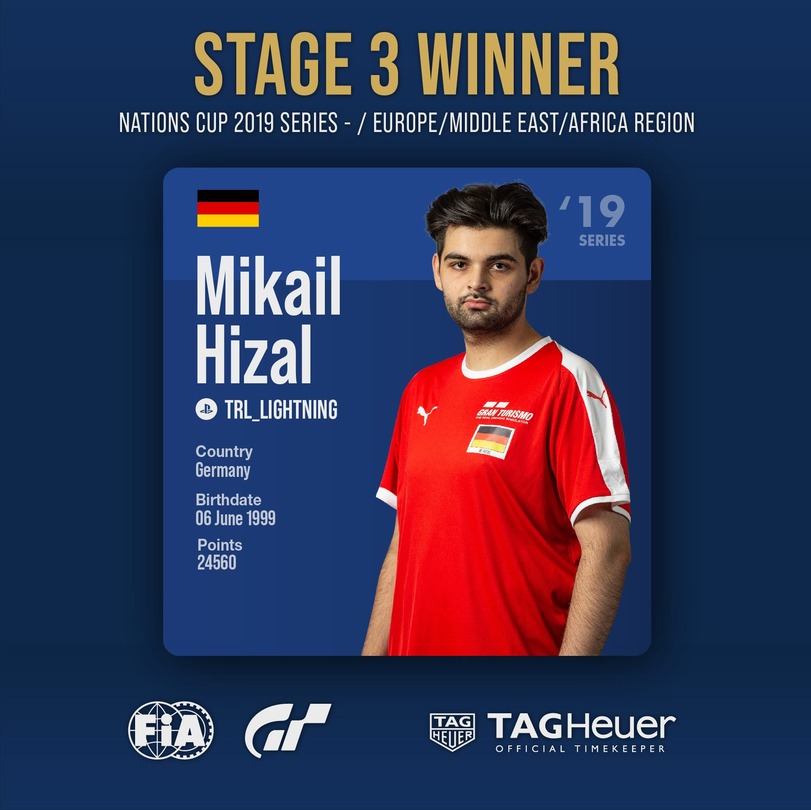 The third stage of the Nations Cup got underway on June 9th. Germany's TRL_LIGHTNING, way out in front at the top of the rankings at the start of the stage, decided to skip the opening round (Round 21), instead making his stage debut in Round 22. Somewhat surprisingly, however, he was unable to add to his points total. Nevertheless, the 2,964 points he secured in Round 24 helped to further cement his leading position.

The stage's final race was a showdown between Gr. 2 cars on the Mount Panorama circuit. France's TRL_TSUTSU took pole position, and there was much anticipation about whether he'd be able to to put an end to TRL_LIGHTNING's previously uncontested dominance.
TRL_TSUTSU held the lead until the middle stages of the race, but was overtaken by TRL_LIGHTNING on the back straight of the fourth lap. TRL_LIGHTNING didn't look back after that, maintaining the lead until the chequered flag in characteristic style.

After earning a massive 3,324 points in the final race, TRL_LIGHTNING ended the third stage clear at the top of the pile, with an absolute stranglehold on first place.
In start contrast to this, Hungary's Williams_Fuvaros—who had gone into the stage in second place—was unable to add any points to his total, and his lead over France's TRL_TSUTSU in third place was cut down to a mere 24 points.