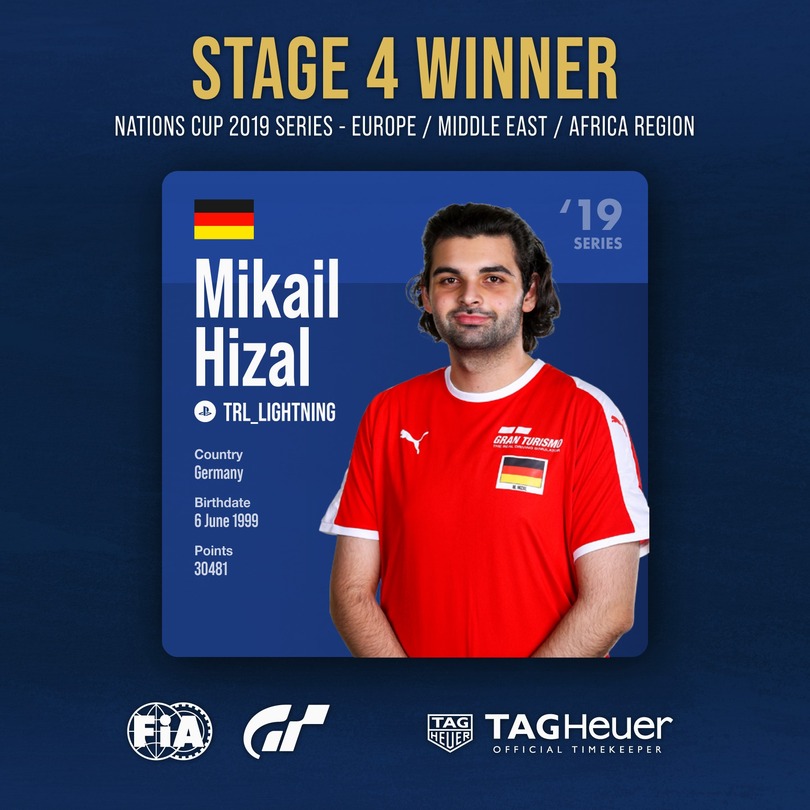 The final stage of the Nations Cup got underway on August 3rd, with Germany's TRL_LIGHTNING going into the stage boasting a formidable lead at the top of the table.
The stage's final race took place on the Autodrome Lago Maggiore - GP circuit. It was a one-make race, featuring the X2019 Competition car that is also used in the World Tour.
Things got off to a dramatic start as TRL_LIGHTNING failed to appear for the race. In light of his absence, it was expected to be a showdown between France's TRL_TSUTSU, Hungary's Williams_Fuvaros and Spain's Williams_Coque14, but an unexpected challenger emerged at the last minute. Finland's maatu79 took second place in qualifying, and got off to a storming start in the race, overtaking TRL_TSUTSU to move into the lead at the first corner. TRL_TSUTSU was then also overtaken by Williams_Fuvaros, leaving him floundering far off the lead.

maatu79 led the race for several laps, but Williams_Fuvaros caught up with him on the sixth. The Hungarian, of course, had had the opportunity to familiarise himself with the X2019 Competition car during the World Tour, and had grown rather fond of it.

maatu79's lead had been cut to just 1.5 seconds as he entered the final lap, but Williams_Fuvaros's hot pursuit ended in failure, despite his best efforts.

It was a spectacular and unexpected victory for maatu79, who still finished outside the top ten overall. Indeed, it was a fitting ending for the 2019 series, which had seen more than its fair share of upsets and drama. At the end of the day, however, it was TRL_LIGHTNING who reigned supreme at the top of the points rankings.