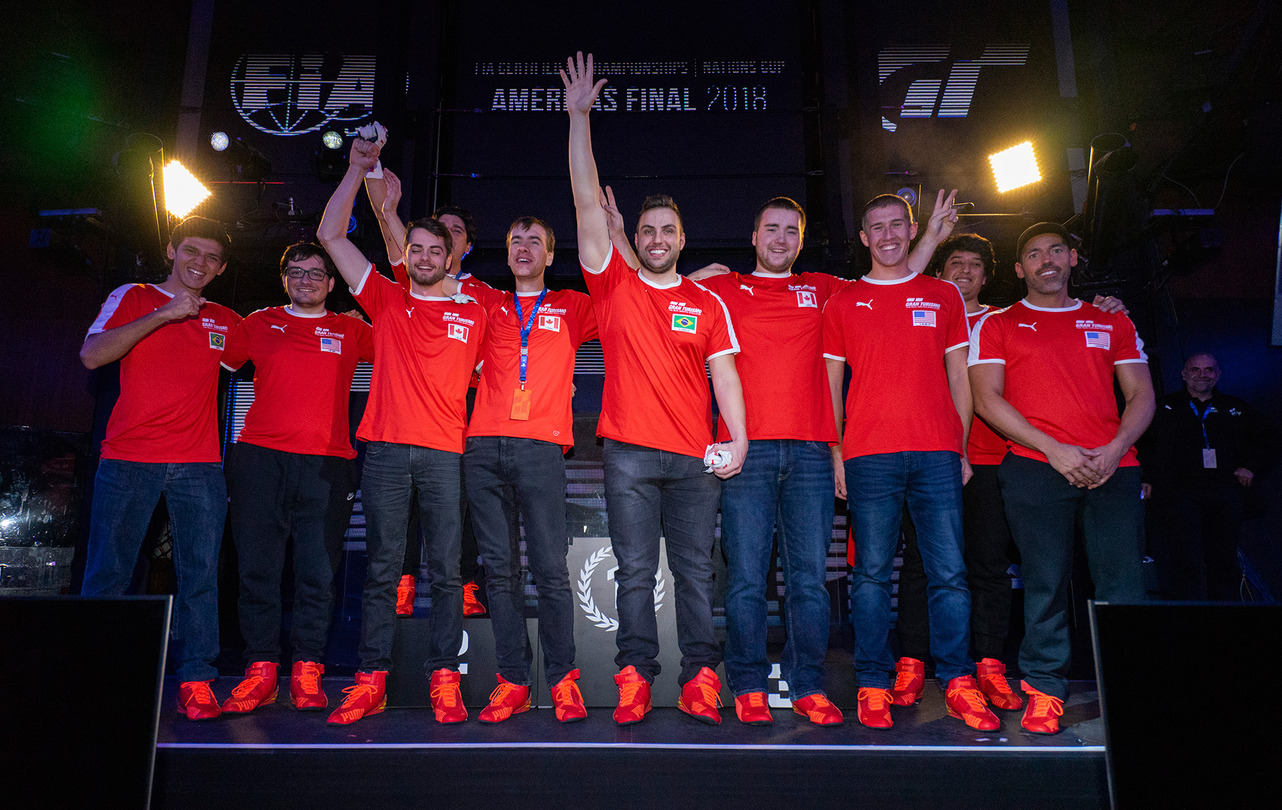 ■Block A Final
Brazil's Fraga (IOF_RACING17) and Chile's Rubilar (FT_NicoR) Emerge From a Hotly Fought Contest to Make it to the World Final!

Brazil's Igor Fraga (IOF_RACING17), driving an FT1 Gr.3, started in pole position, and flew into the first corner, looking to build a lead over the 911 RSR of Chile's Nicolás Rubliar (FT_NicoR), who had dominated the online series. Rubilar's compatriot Fabián Portilla (FT_Mcqueen91) looked on from third place. 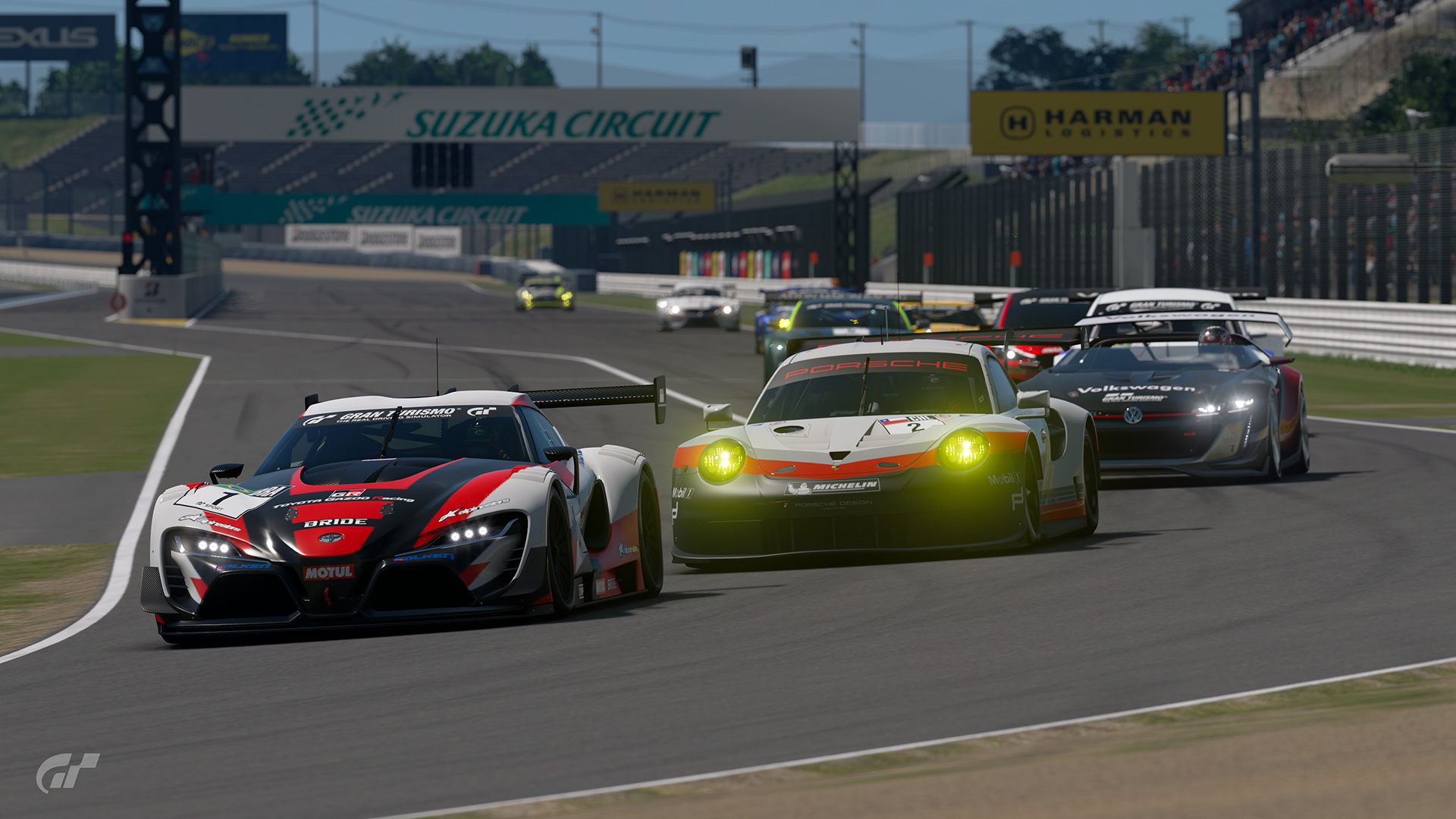 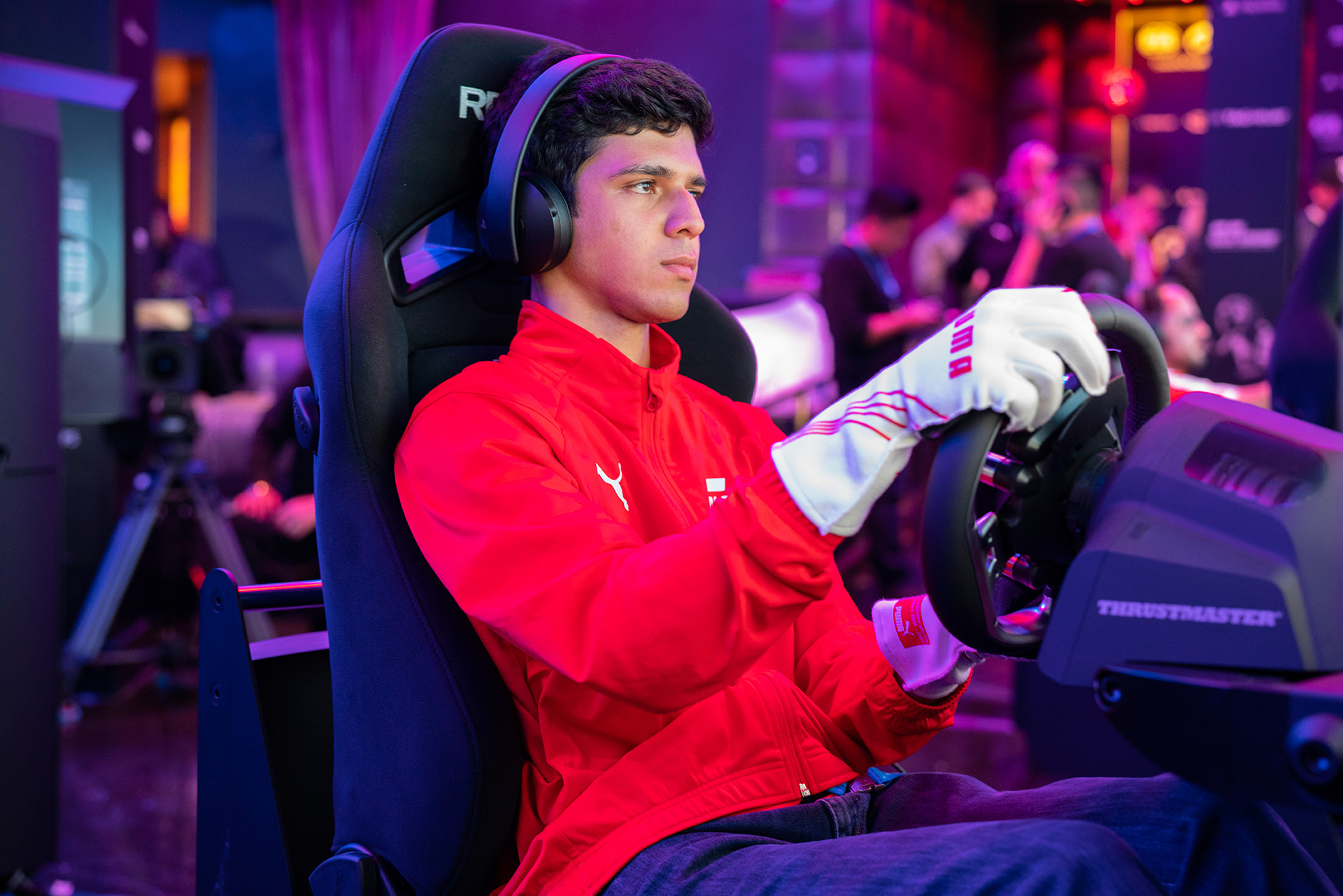 Fraga (IOF_RACING17) had opted to start the race on soft tyres, and soon pulled away from the chasing pack.
Rubilar (FT_NicoR), in second place, got caught in traffic while taking his first pit stop, causing the gap between him and Fraga (IOF_RACING17) to grow even larger. 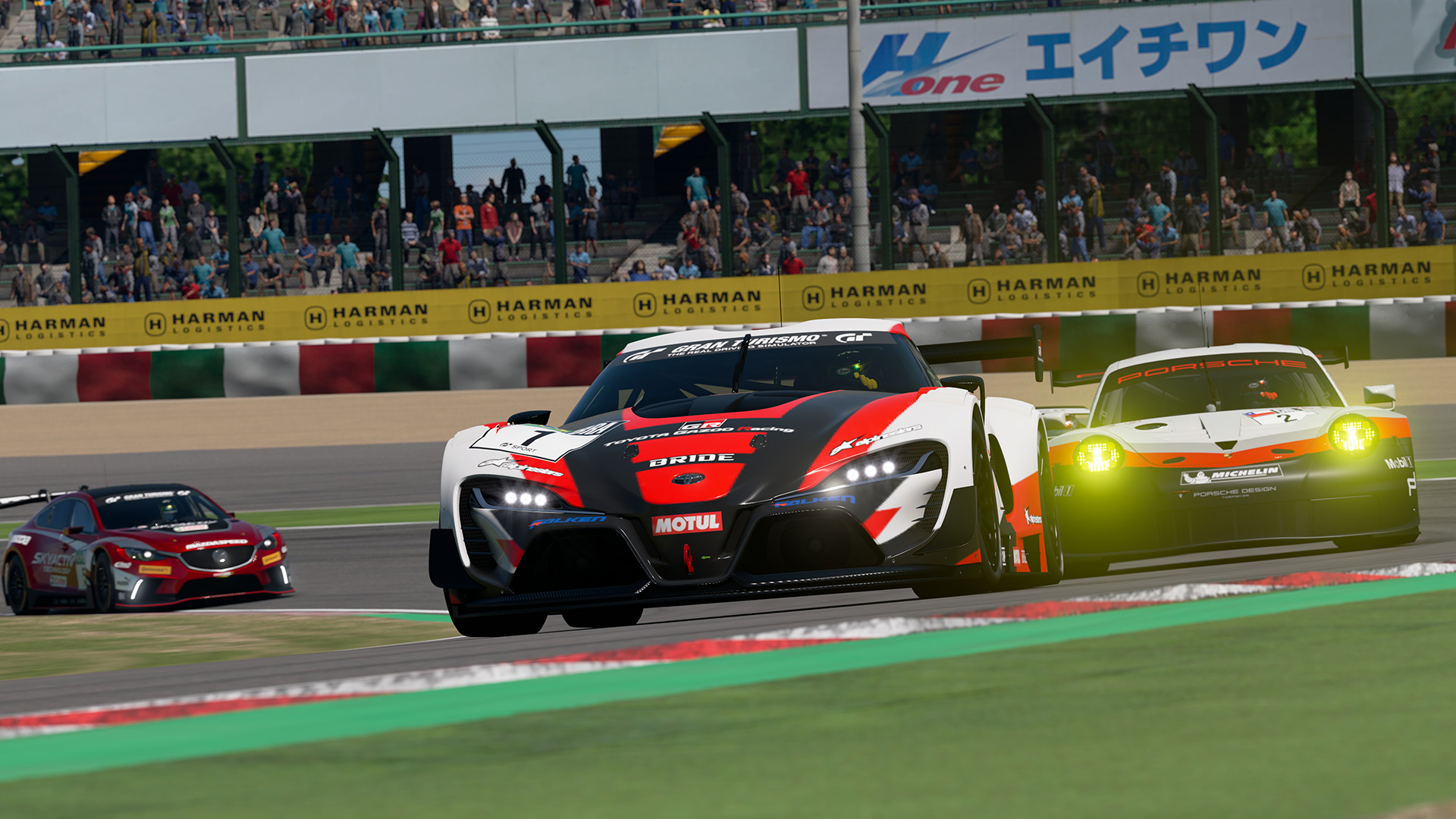 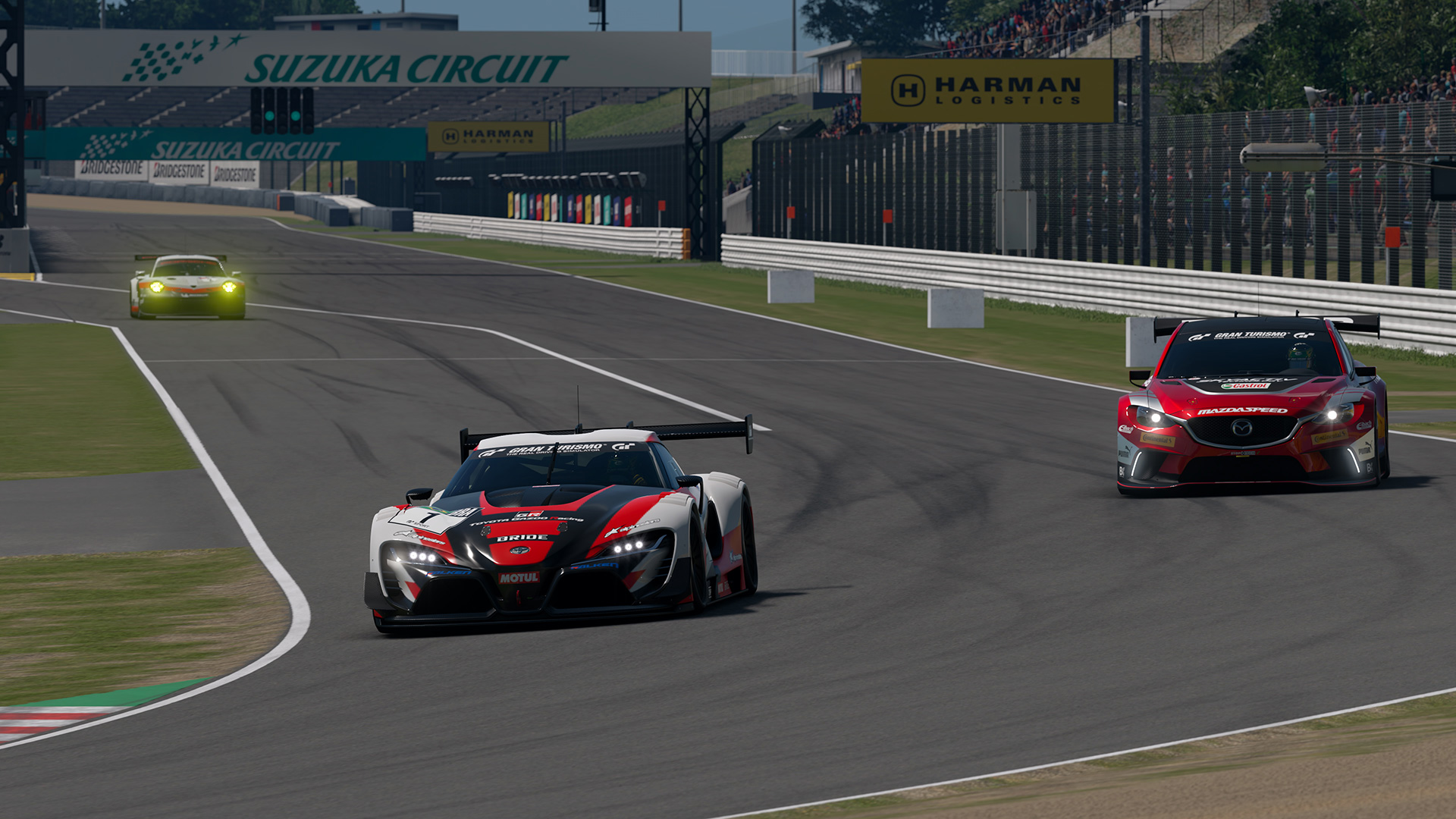 Despite saving his soft tyres for one final spurt, Rubilar (FT_NicoR) was unable to make up the gap and catch Fraga (IOF_RACING17), who held on for a comfortable pole-to-win victory. 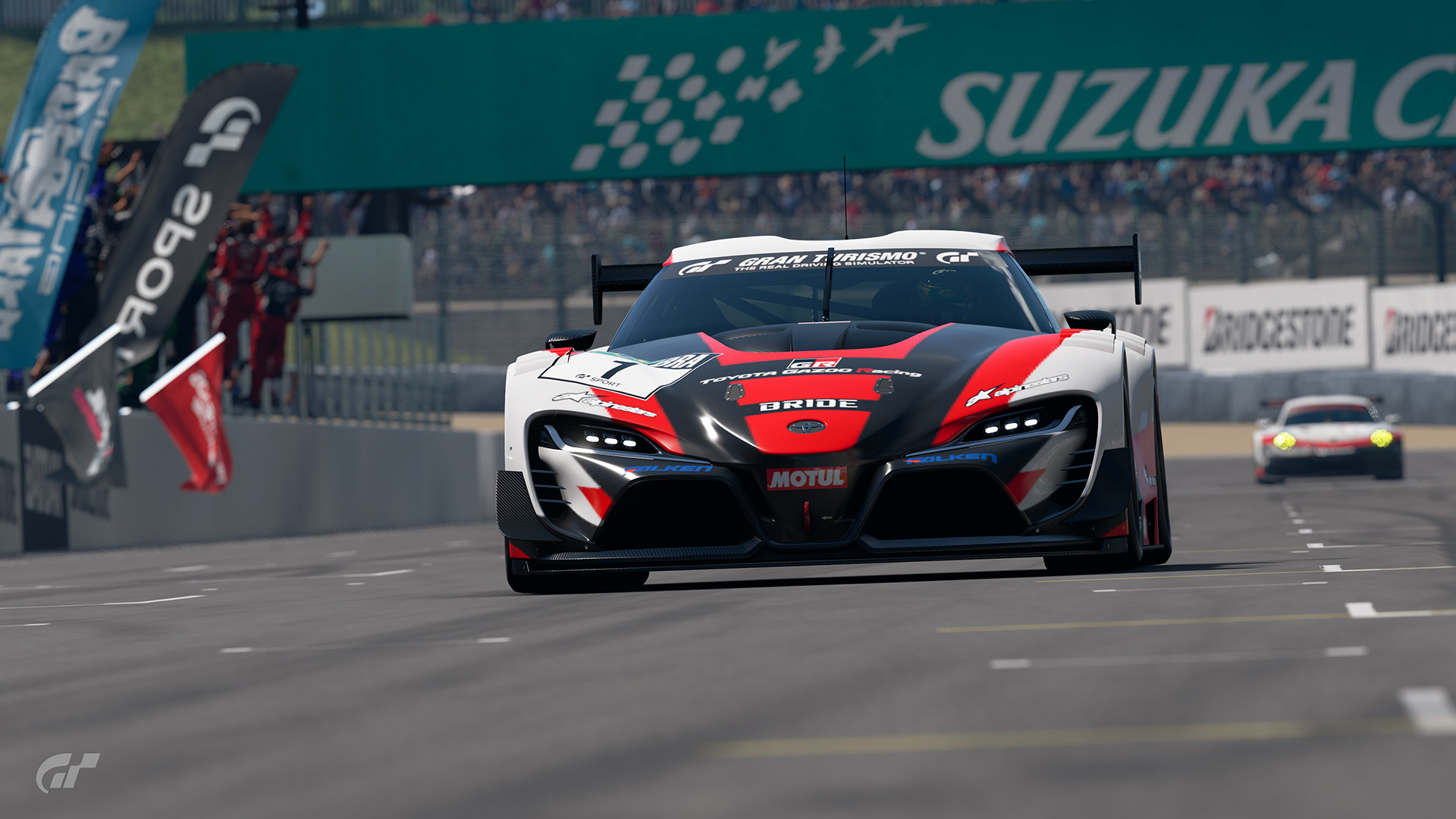 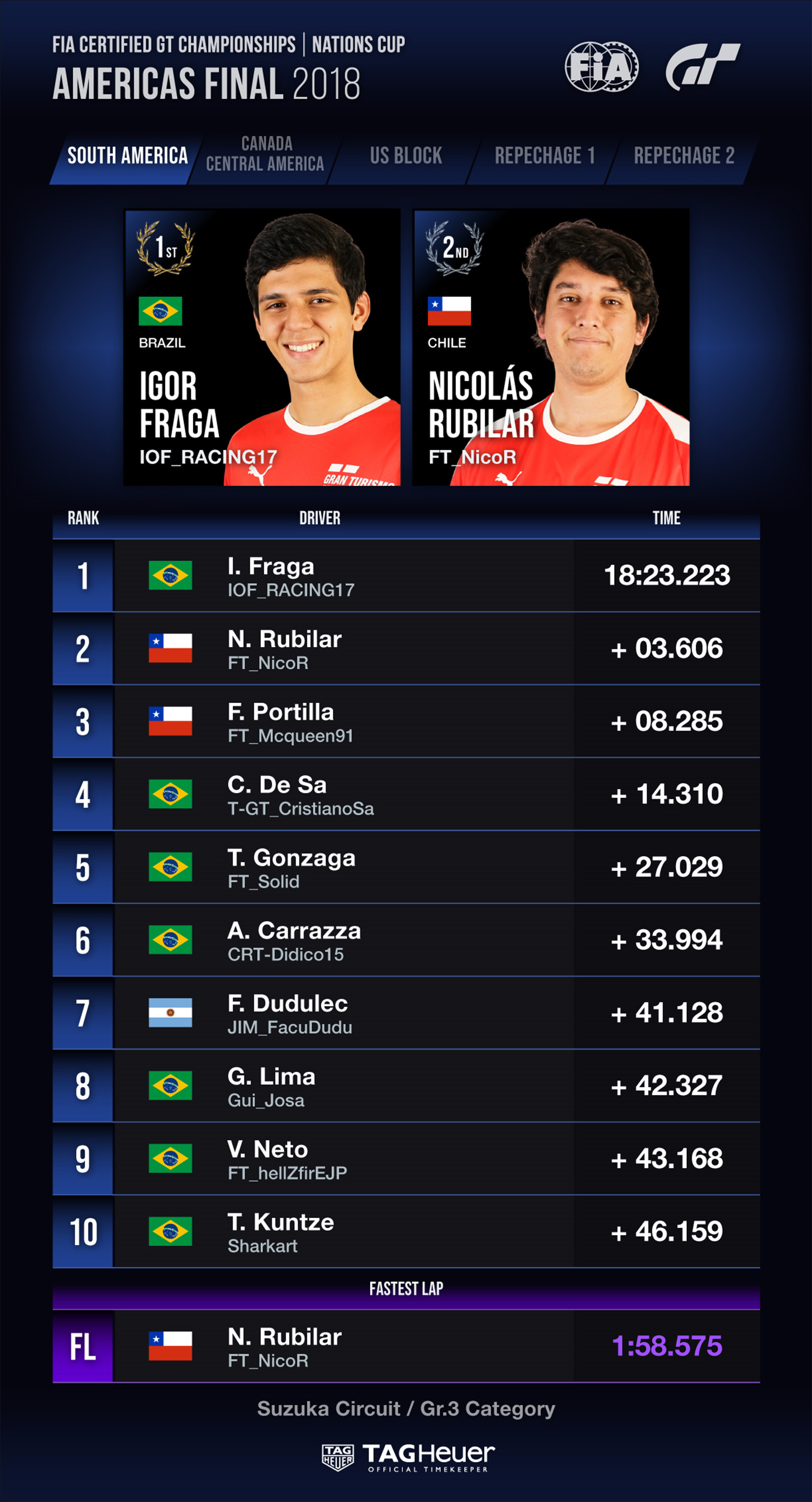 ■Block B Final
Canadian Dominance as Gallan (FT_LLOYDZELITE) and Brooks (Deafsun96) Go Through!

Block B's front row was occupied by two Canadian drivers, Jeffrey Gallan (FT_LLOYDZELITE) in a 911 RSR, and Andrew Brooks (Deafsun96) in a 911 RSR. Both had opted for medium tyres. 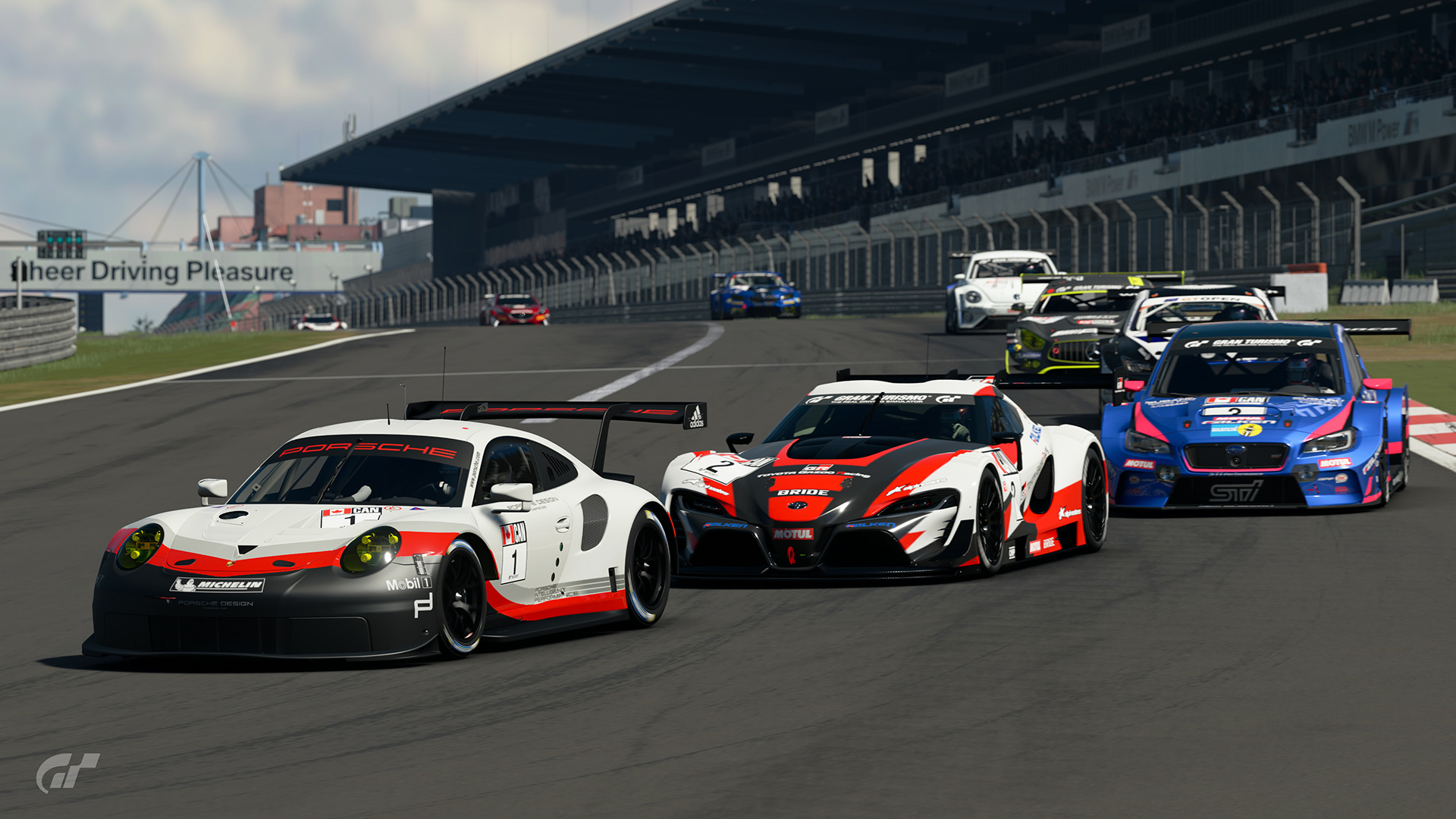 Brooks (Deafsun96) had made a name for himself in the online series as an excellent pit-stop strategist, but here he got caught in traffic, and fell down to sixth place. Fortunately, he had saved his soft tyres for one final burst, and was able to recover in order to finish the race in second place. 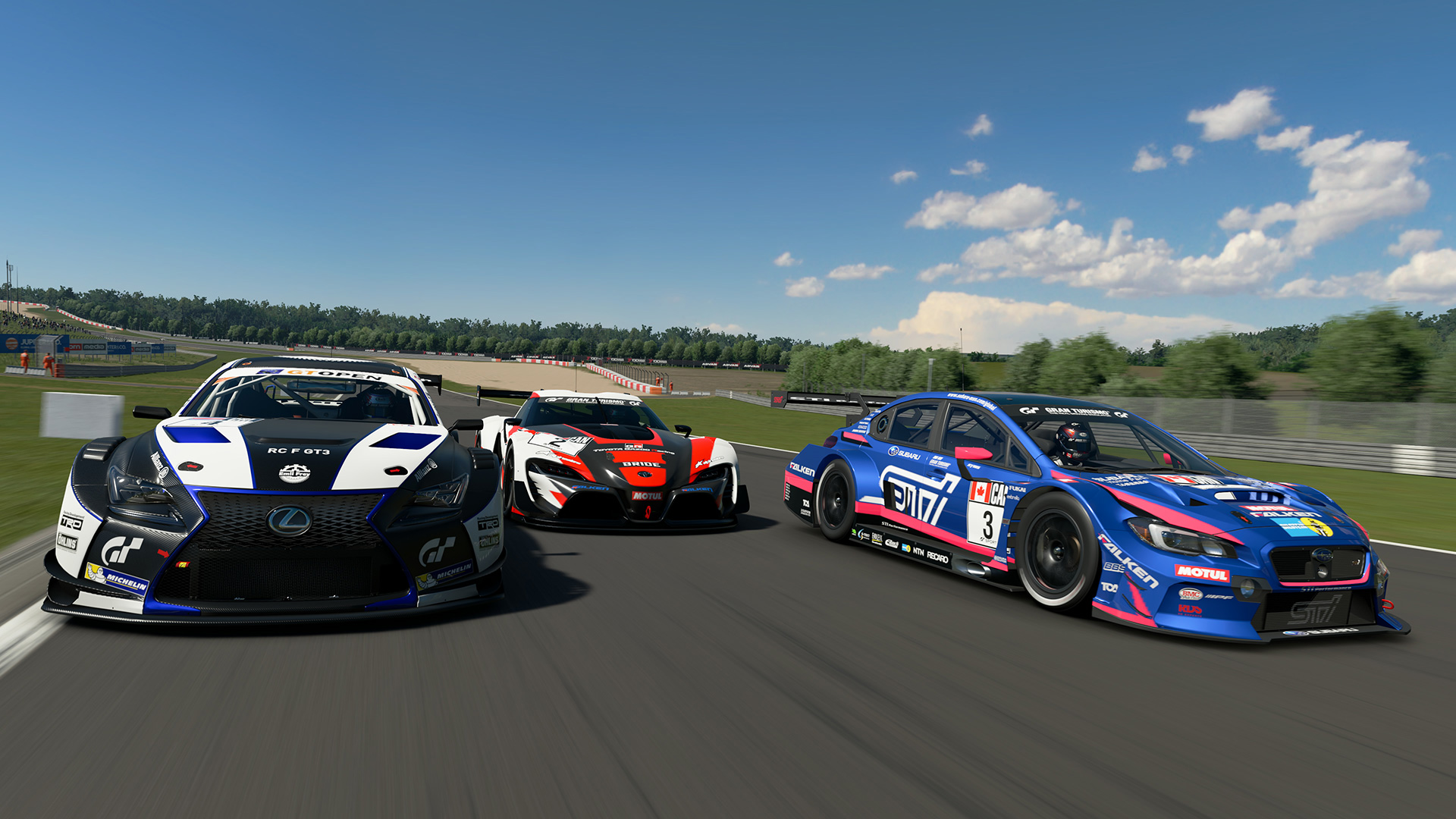 The battle for runner-up was hotly contested, therefore, but Gallan (FT_LLOYDZELITE) always looked comfortable, and his pole-to-win victory was never in doubt. 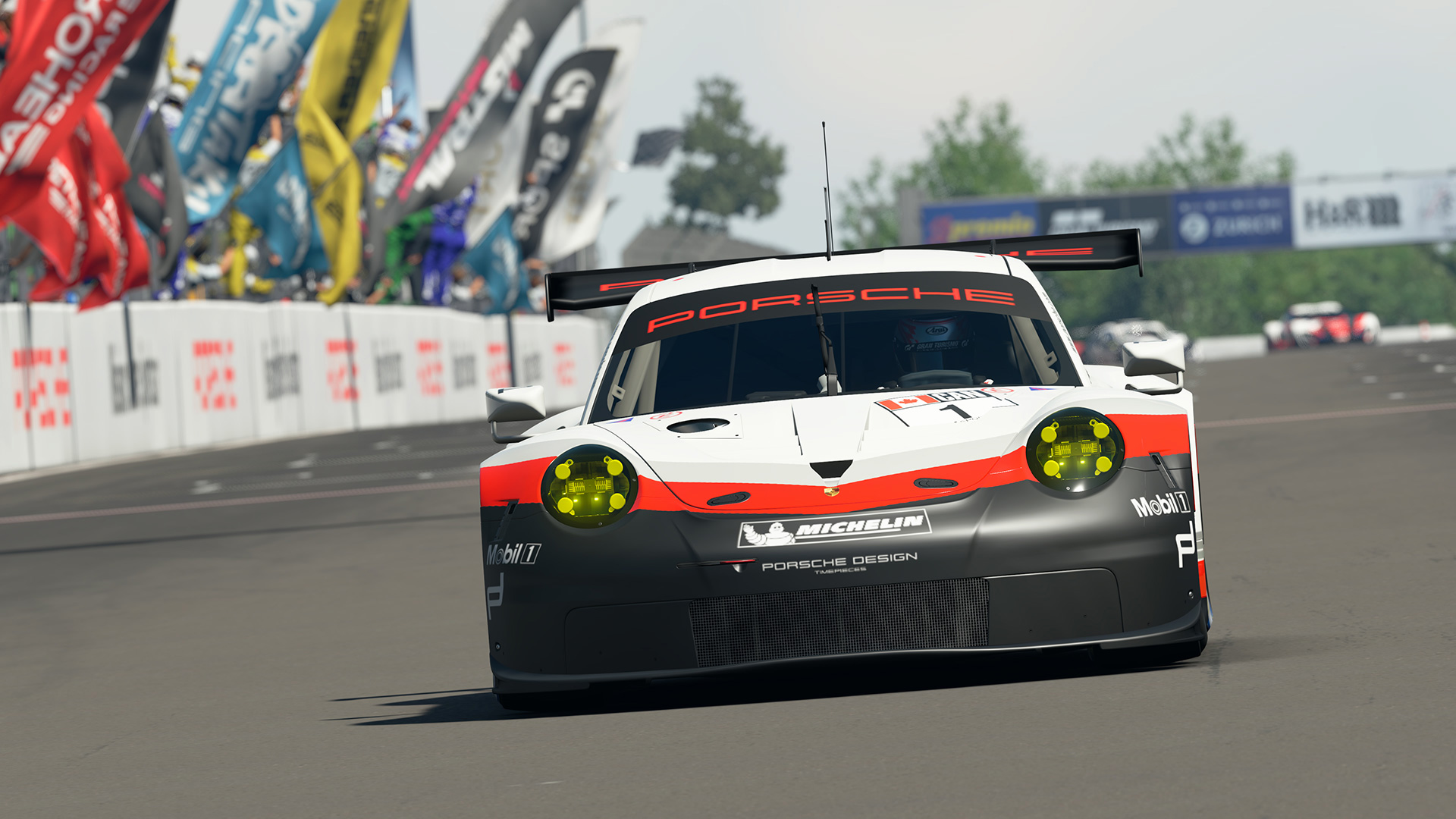 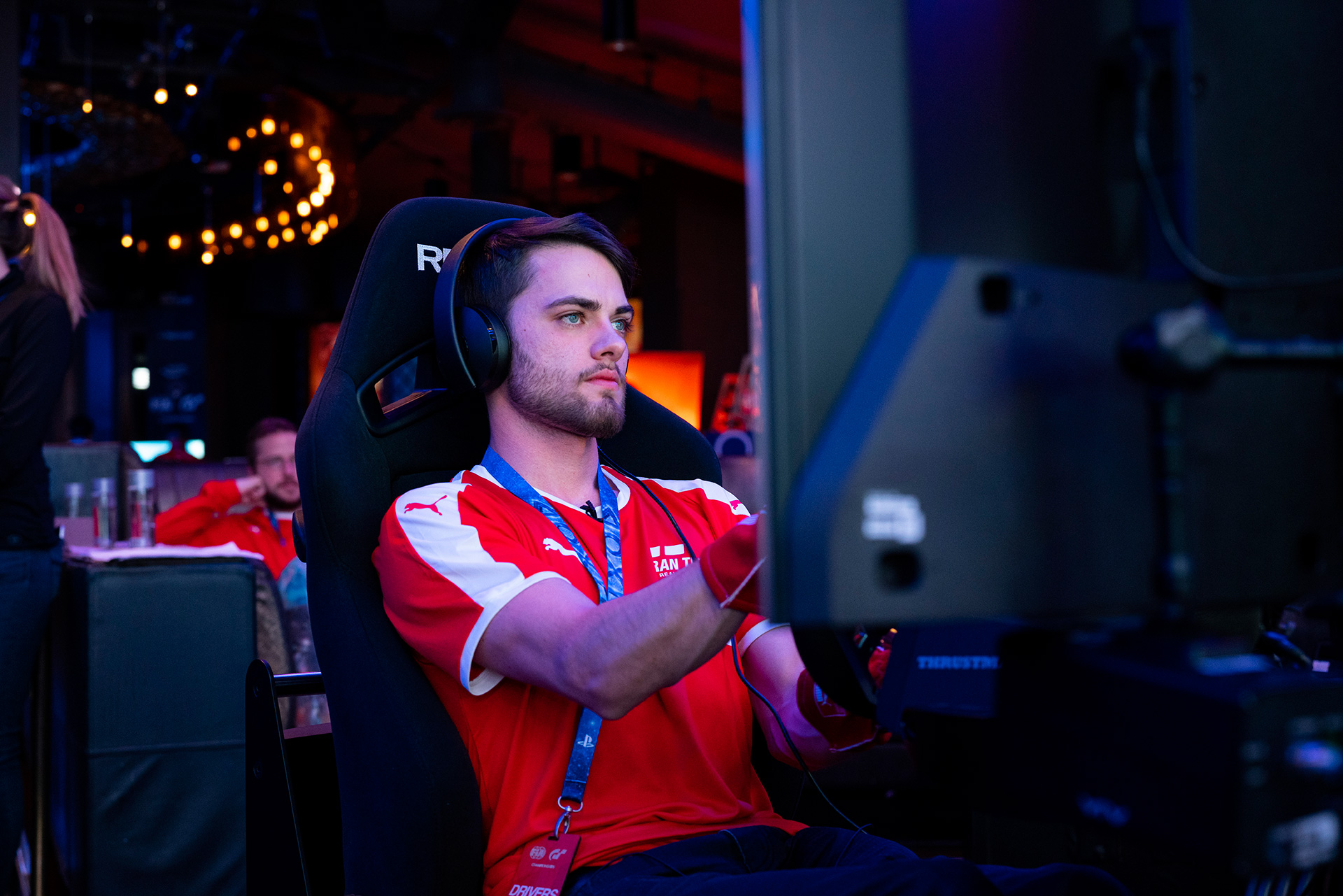 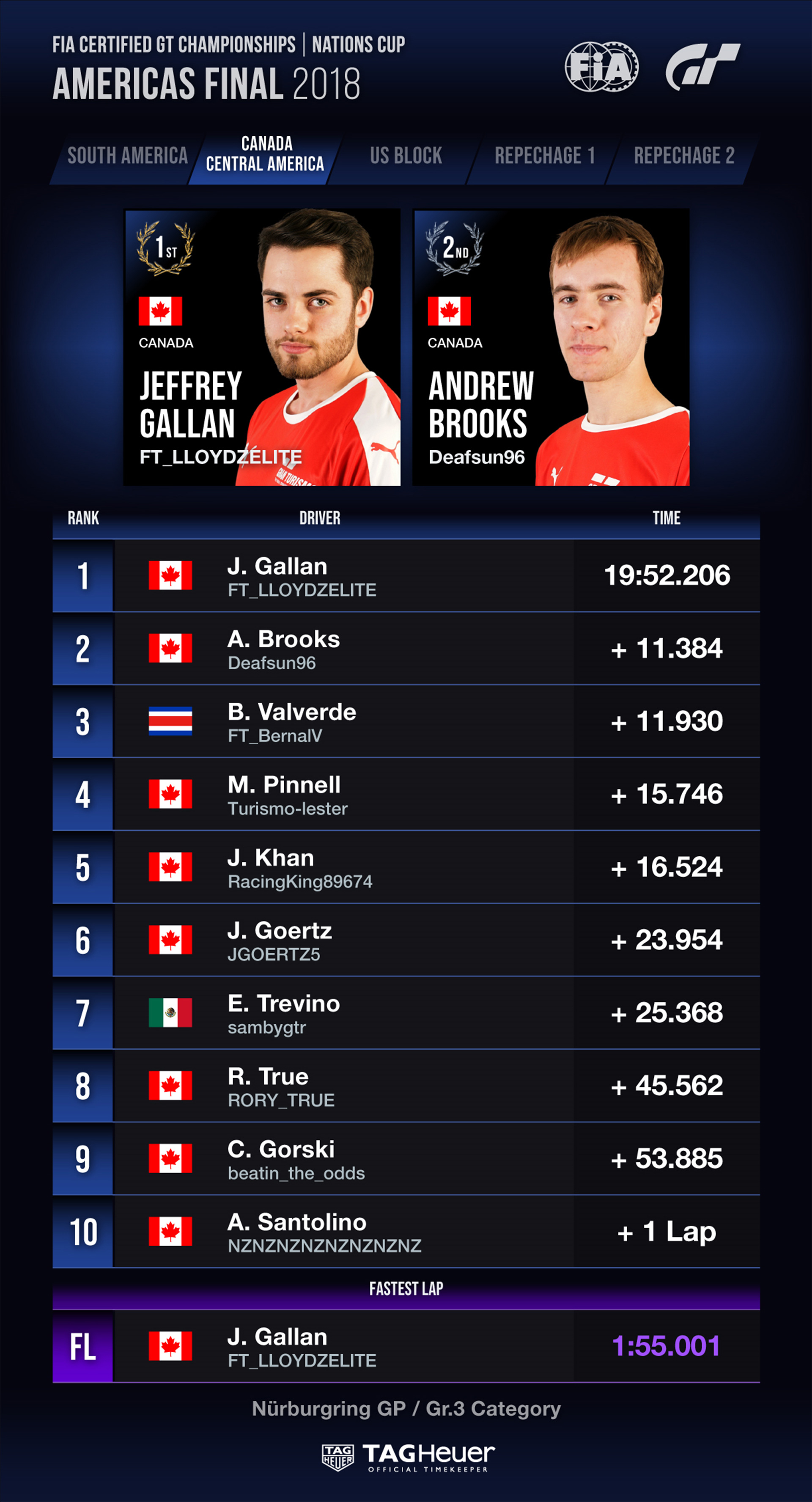 ■Block C Final
A Fierce Contest Between Americans: McCabe (TRL_doodle) and McMillen (GumballCGT) Displayed Their Differing Styles as Both Advanced to the World Final! 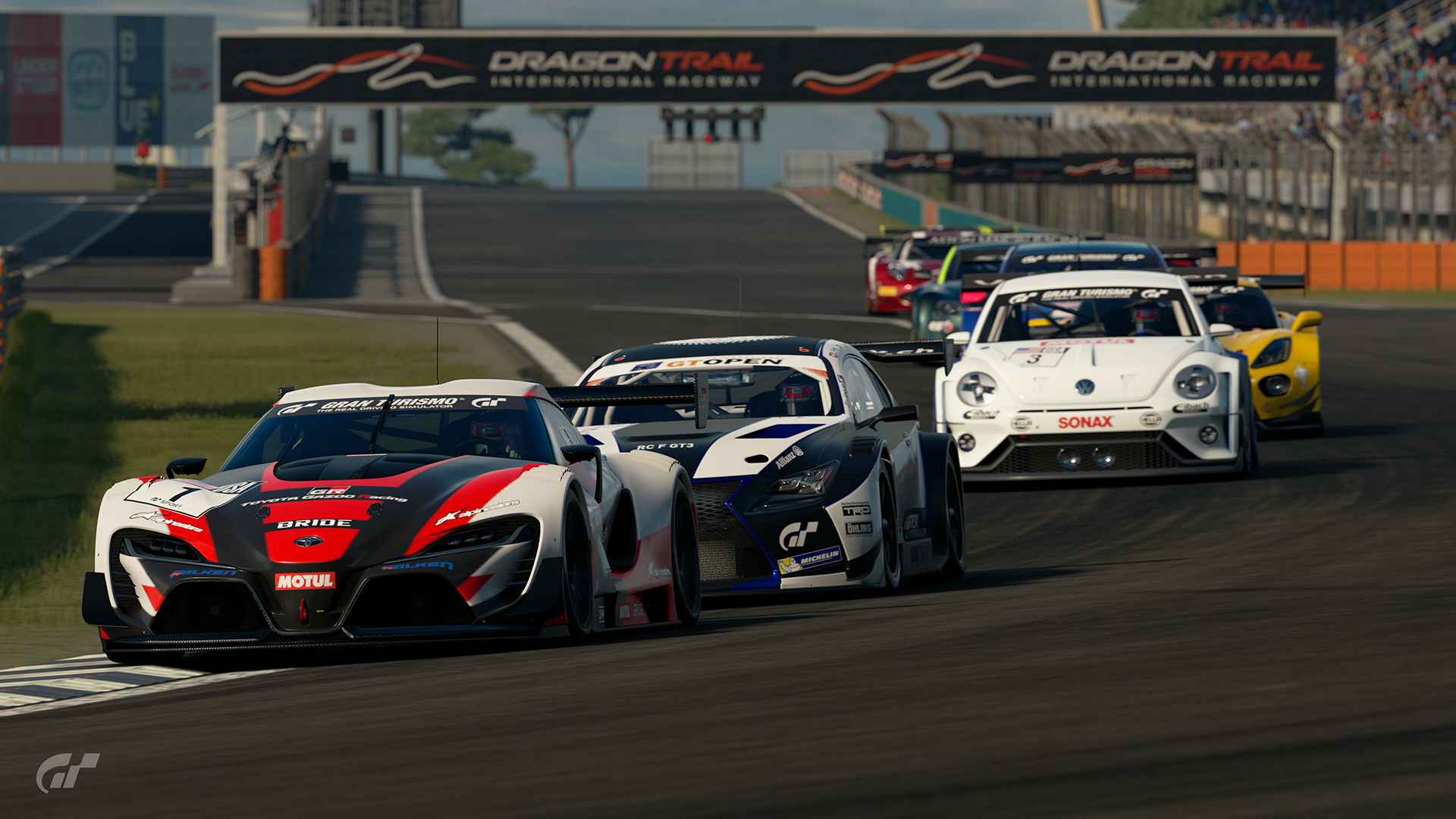 It was something of a surprise, therefore, when Eddie Gomez (Wardez), in an RC F GT3, surged into the lead. 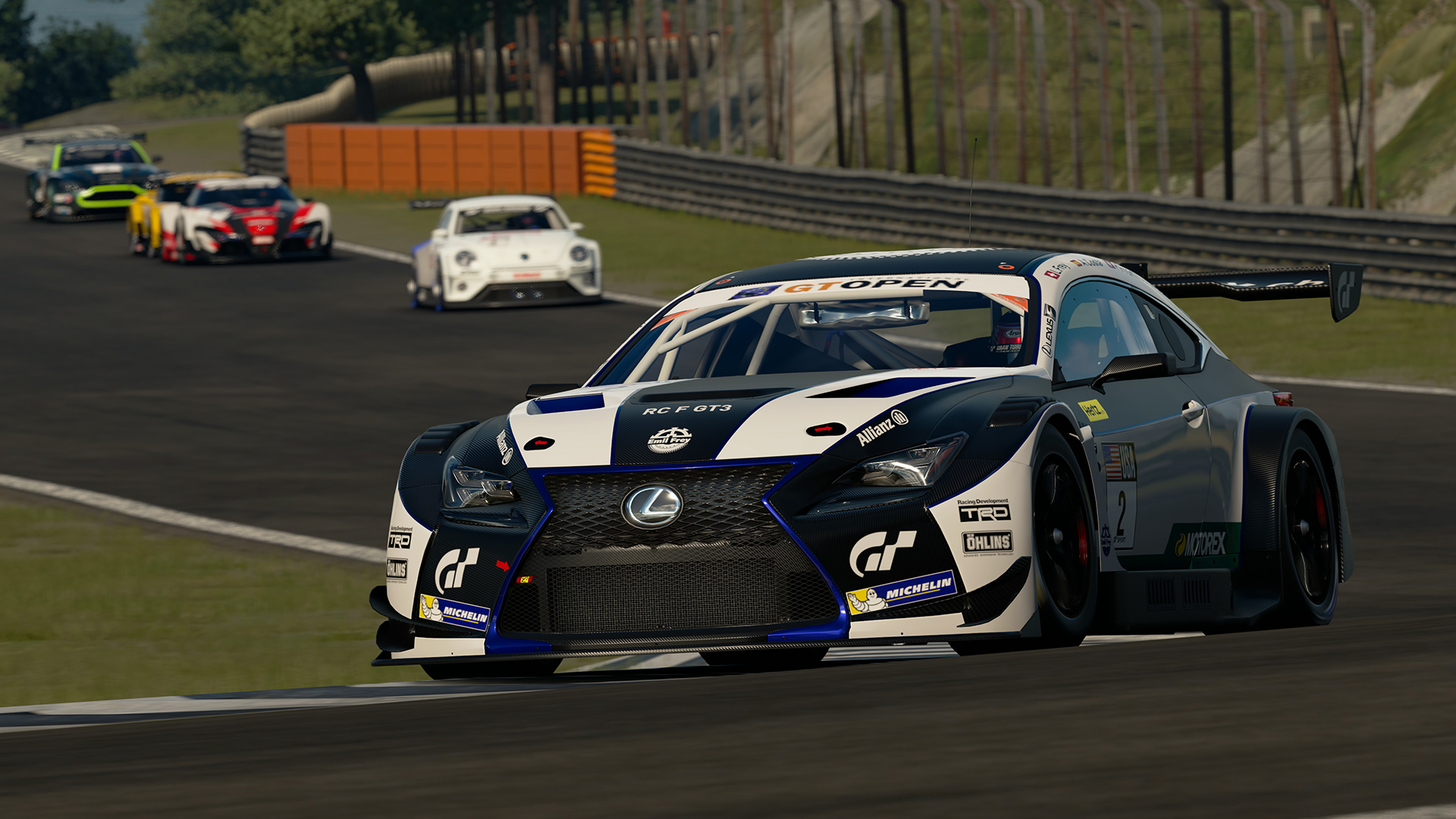 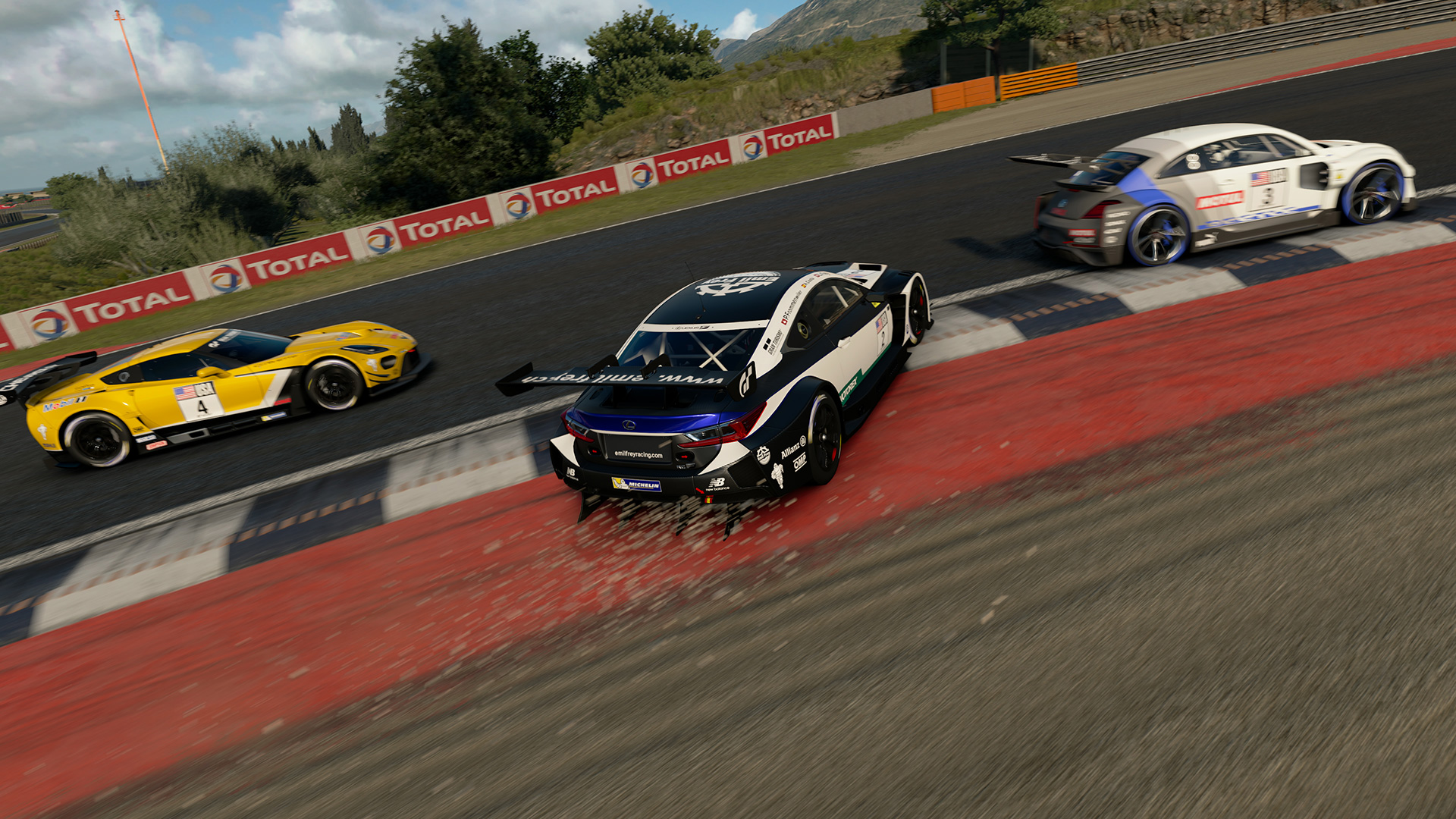 Gomez (Wardez)'s fairytale would end in tragedy after switching to soft tyres for the final two laps, however. He overran the chicane immediately after his pitstop, and fell all the way down to eighth place.
McCabe (TRL_doodle) and McMillen (GumballCGT) were the happy beneficiaries of his misfortune, slipping into the leading positions and finishing the race in first and second place respectively. 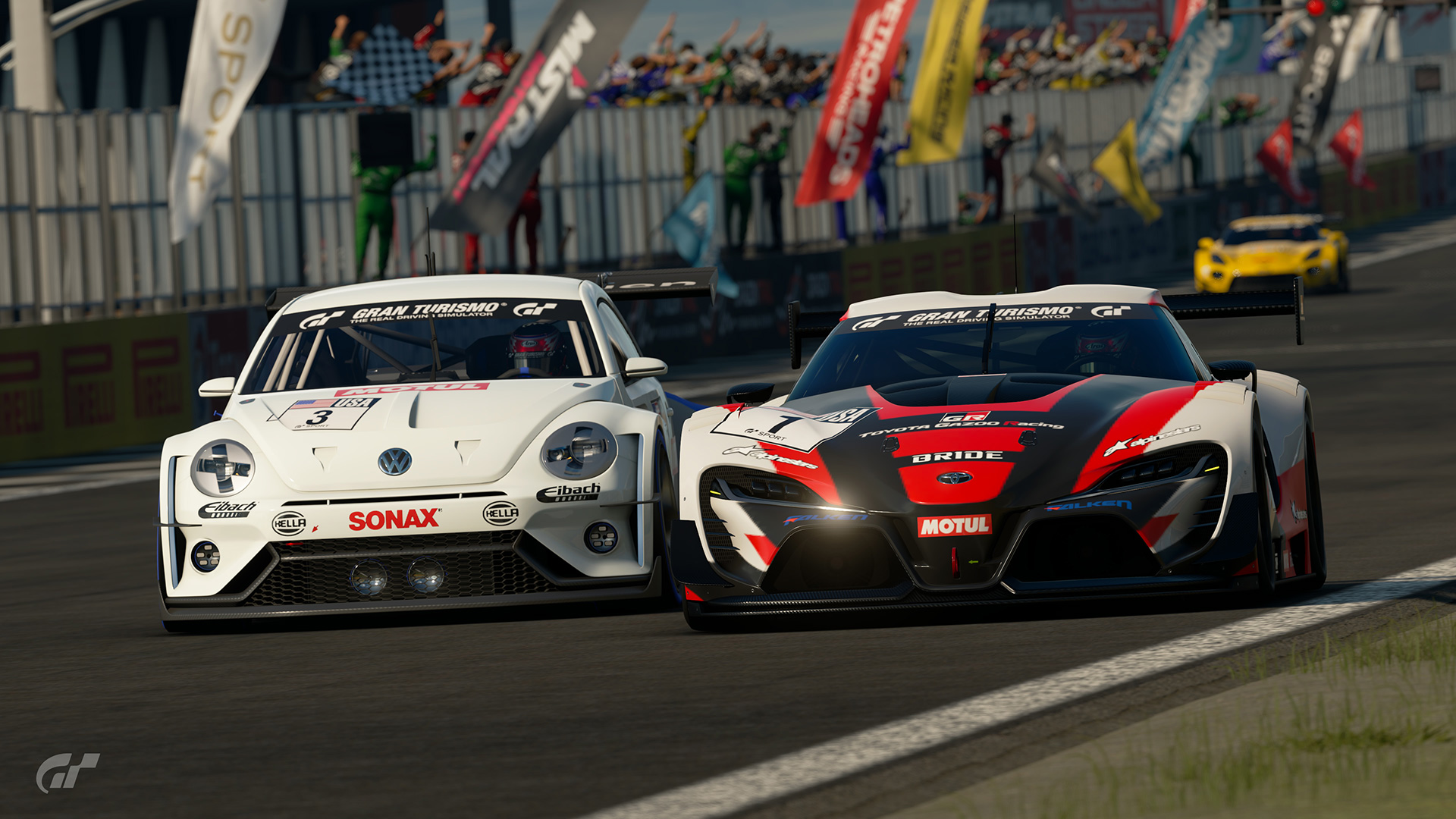 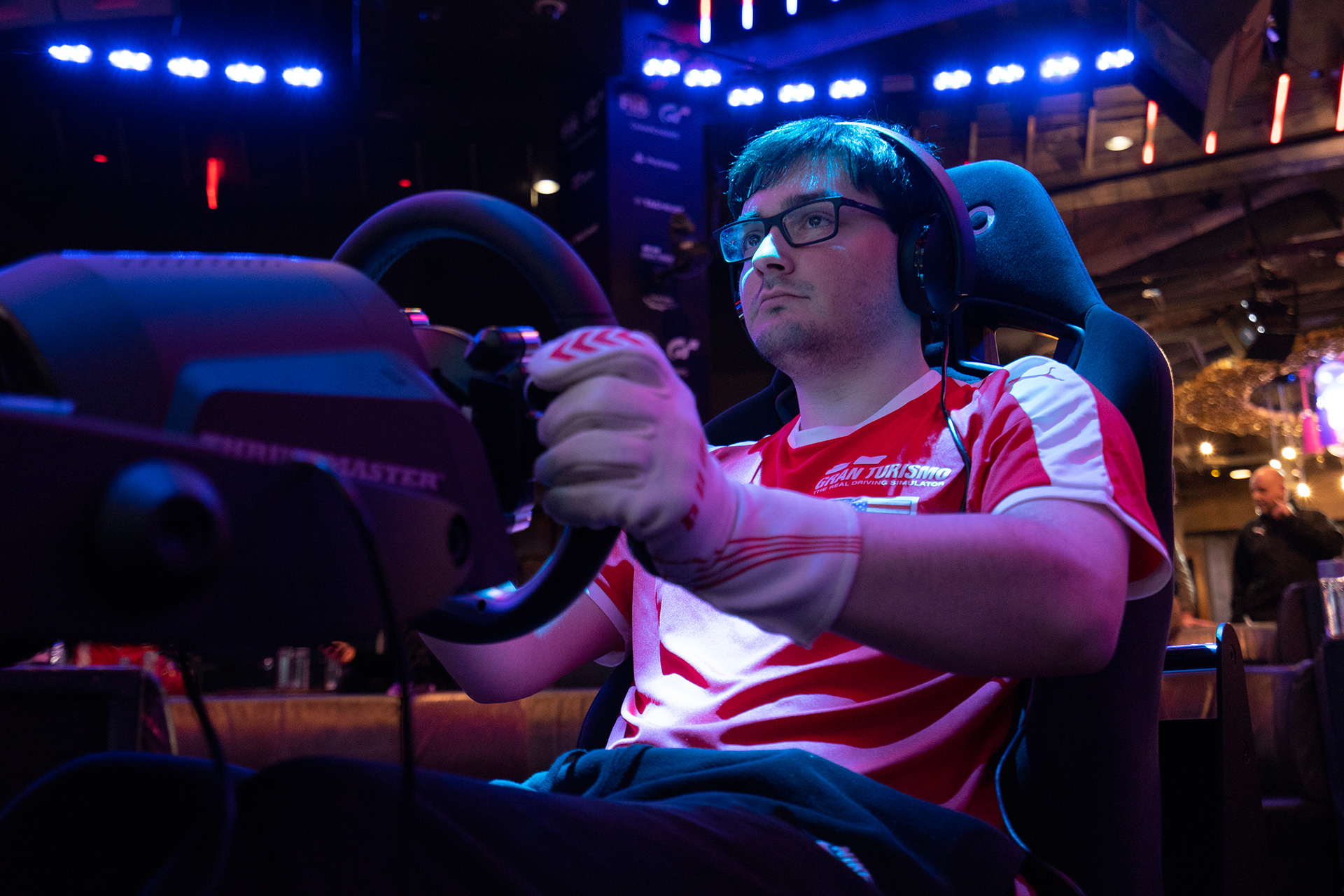 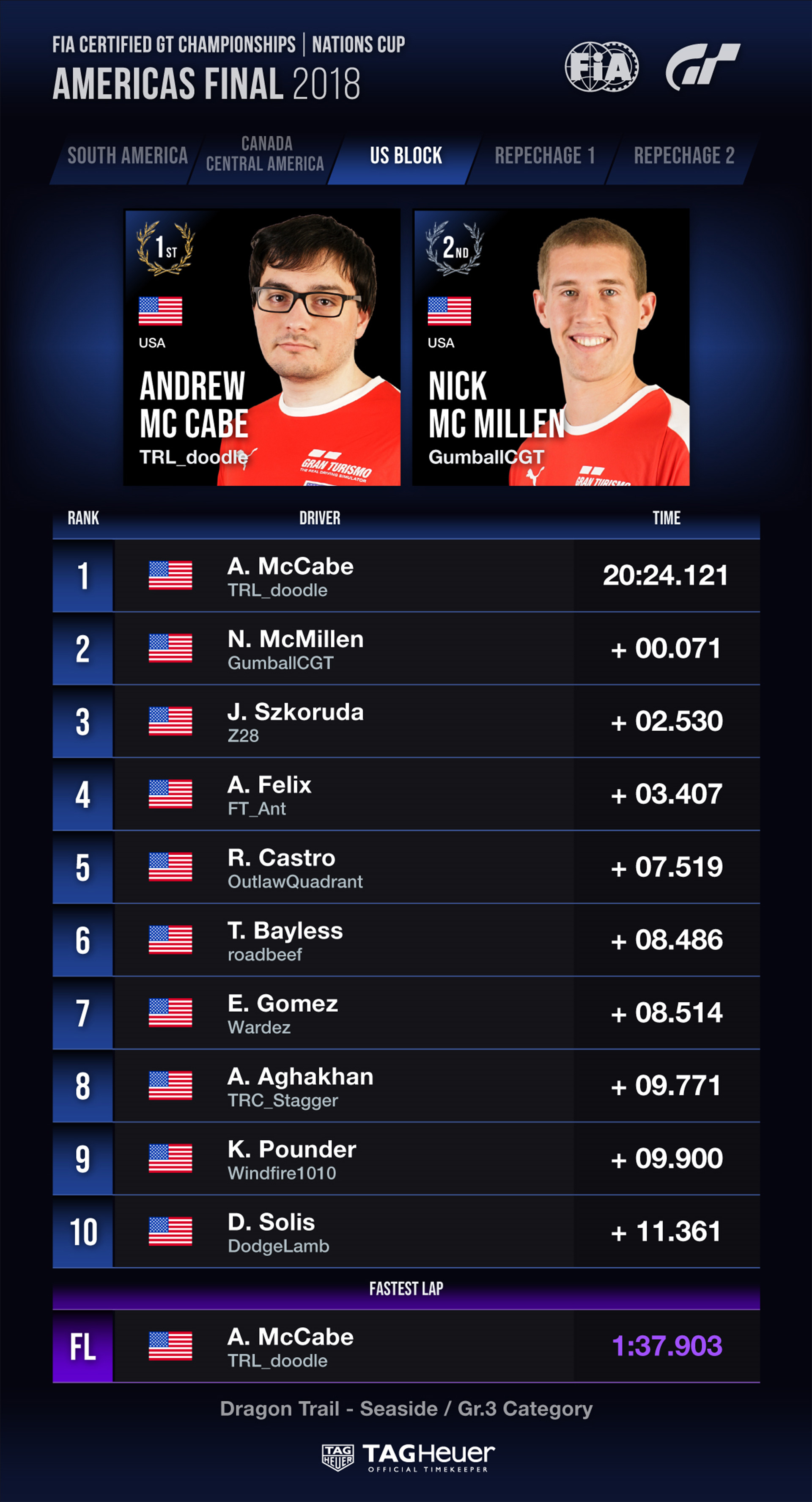 The first repechage race would prove to be full of drama.
Canada's Jamal Khan (RacingKing89674) let the tension get the better of him on the first corner of the final lap, and pushed Costa Rica's Bernal Valverde (FT_BernalV) off the track.
This allowed Khan (RacingKing89674) to move up to second place, but meant that he would face a time penalty when he reached the finishing line.
As a result of this penalty, the USA's Jay Szkoruda (Z28), who had finished third, was moved up to second place, meaning that he advanced to the world final along with the winner of the race, Canada's Jacob Goertz (JGOERTZ5). 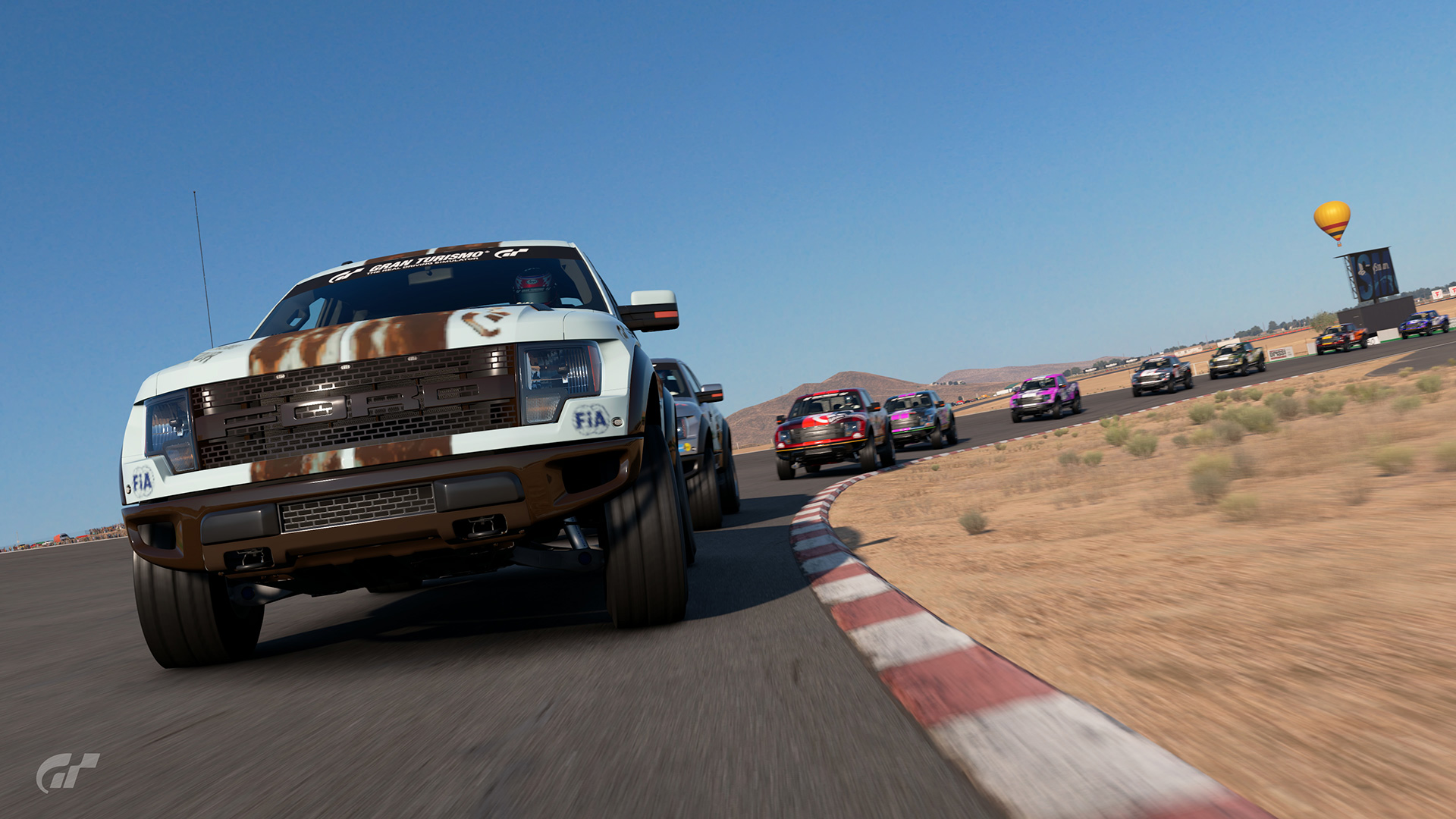 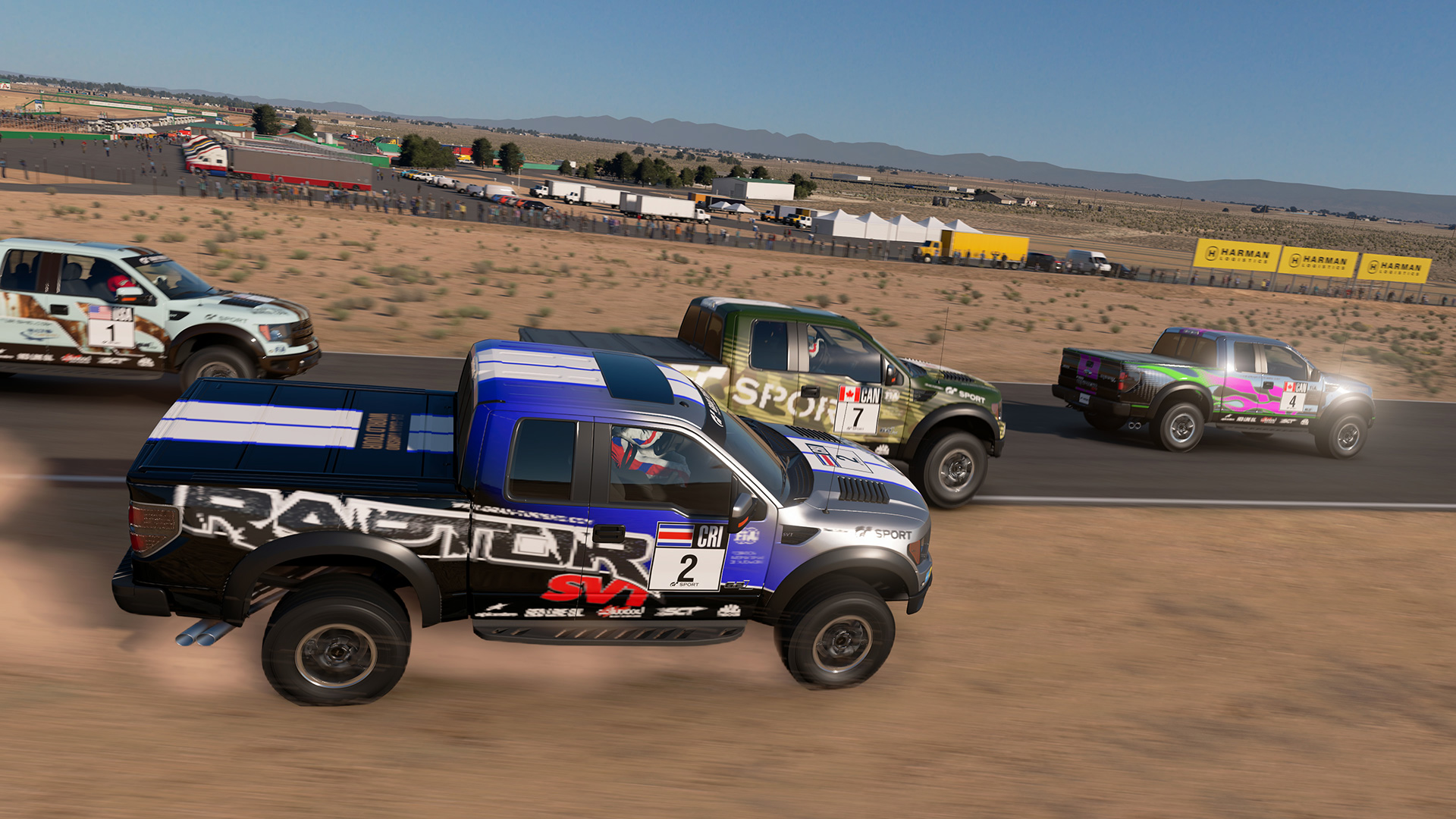 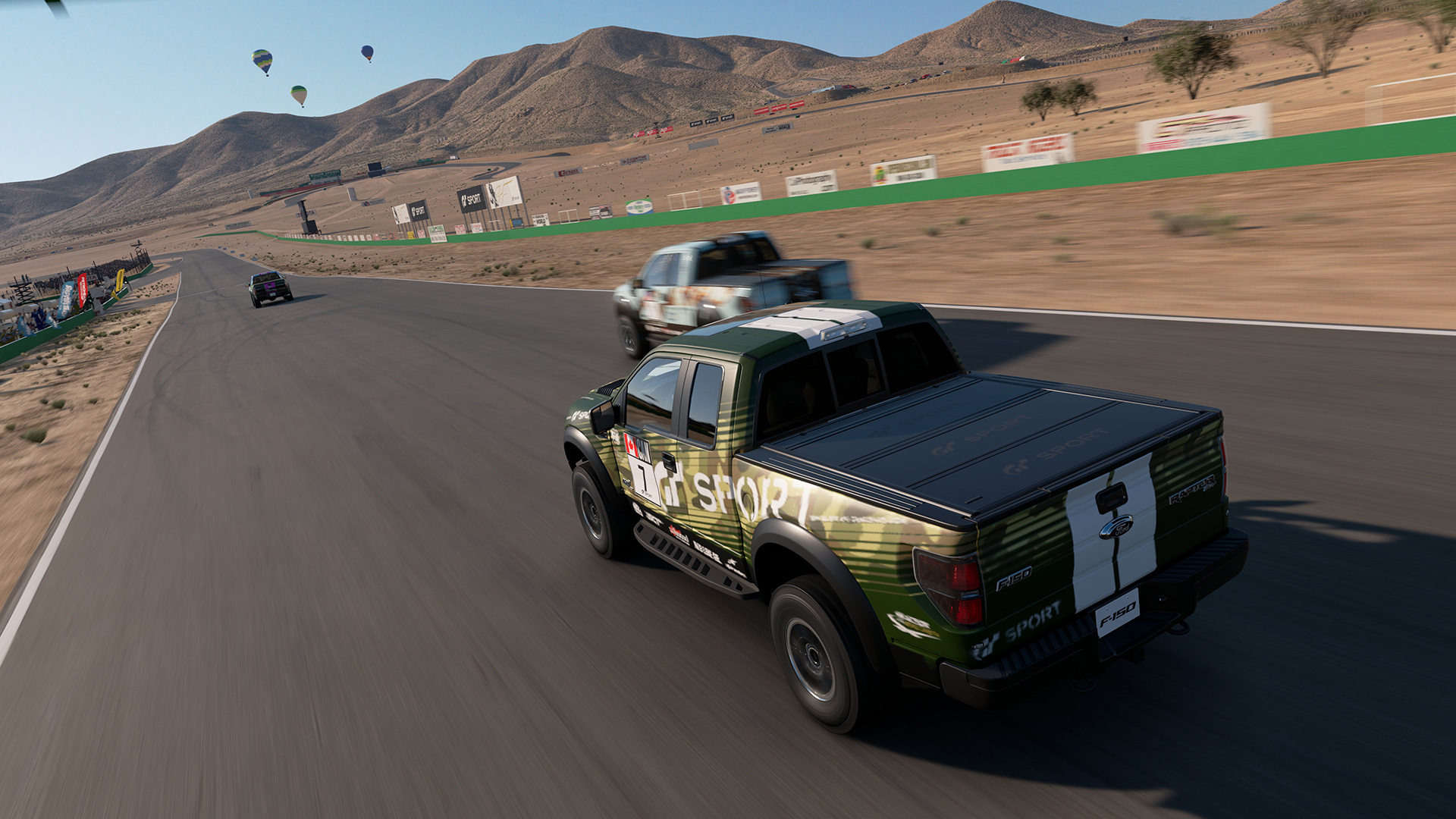 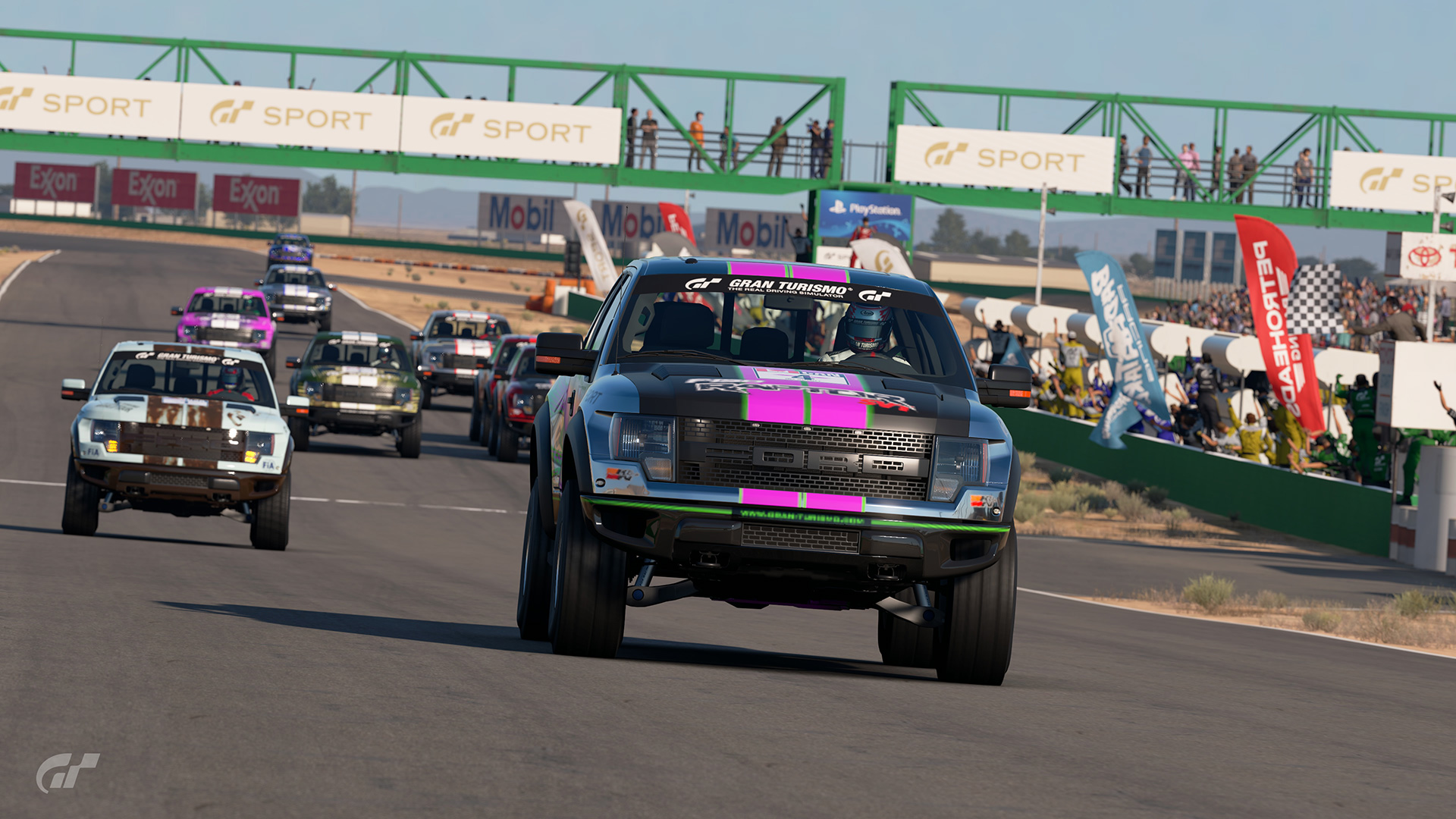 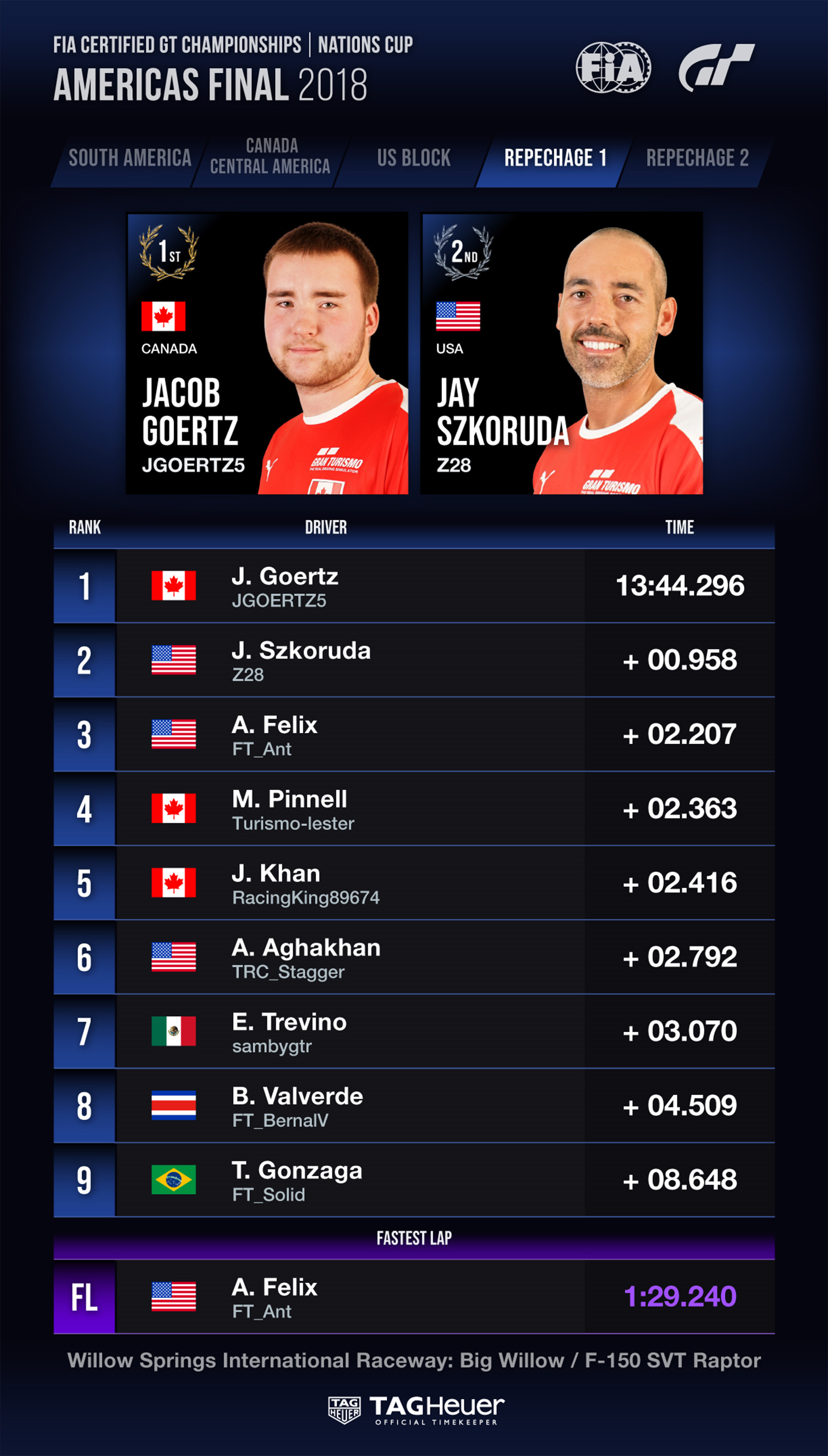 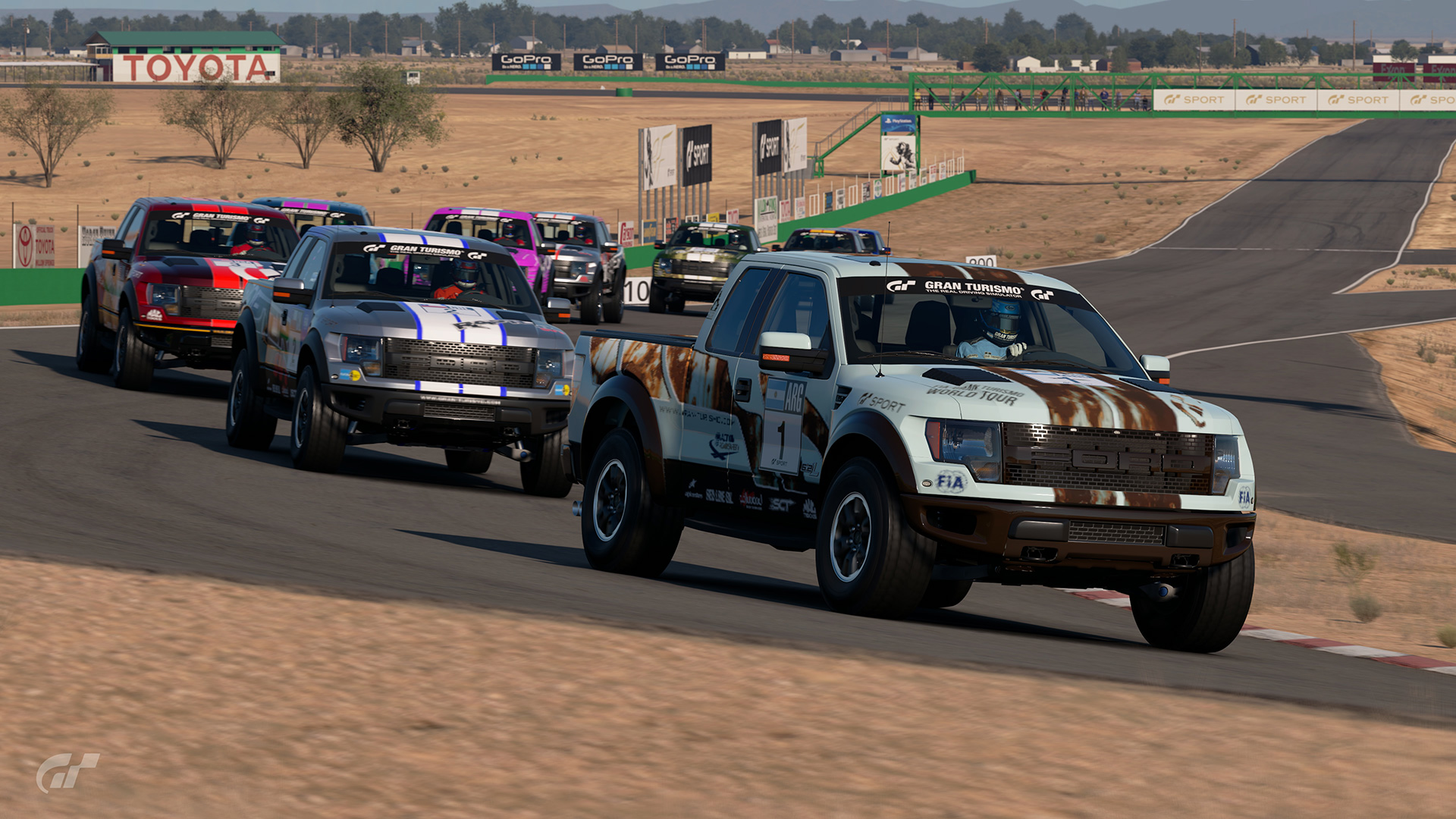 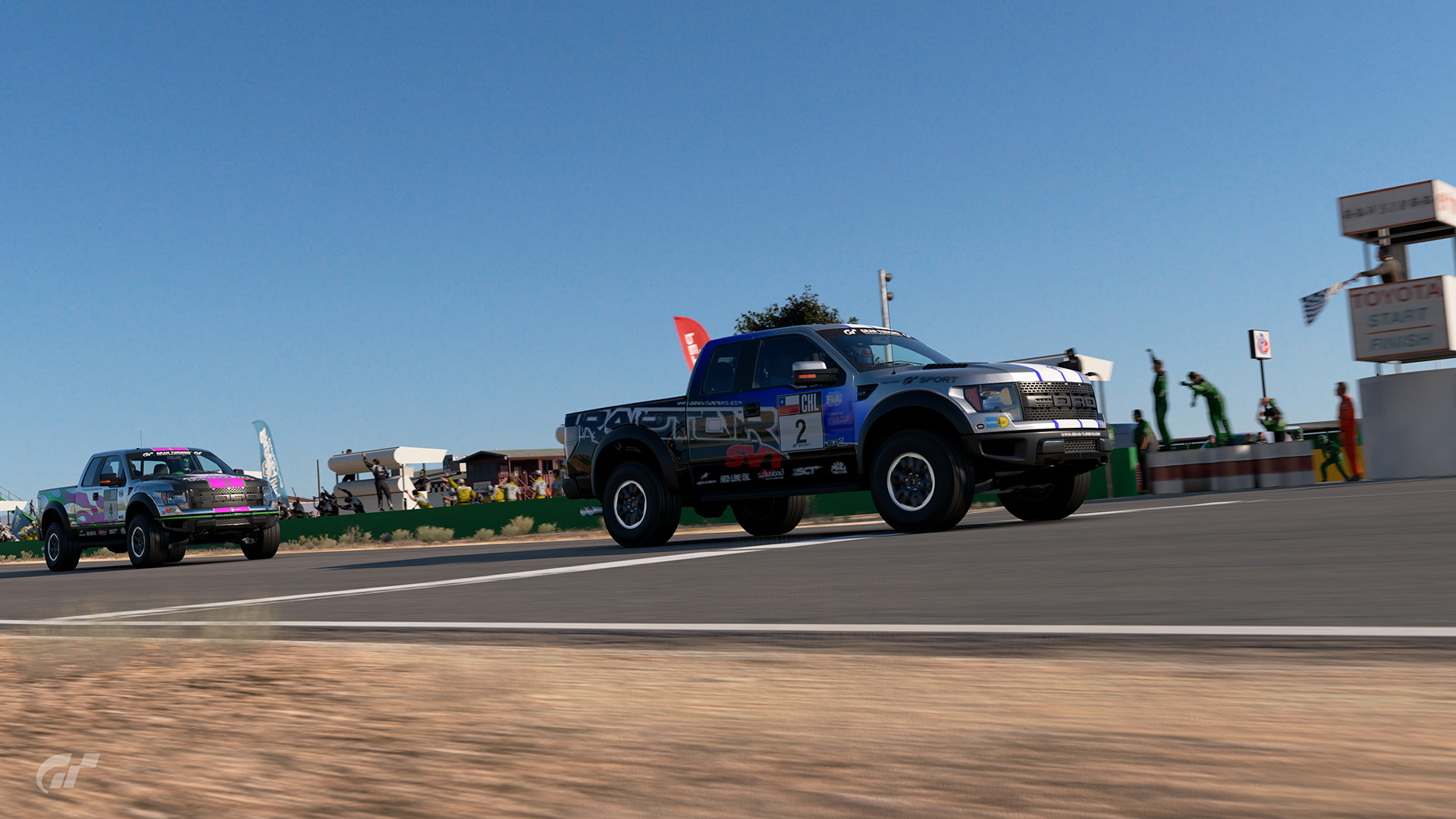 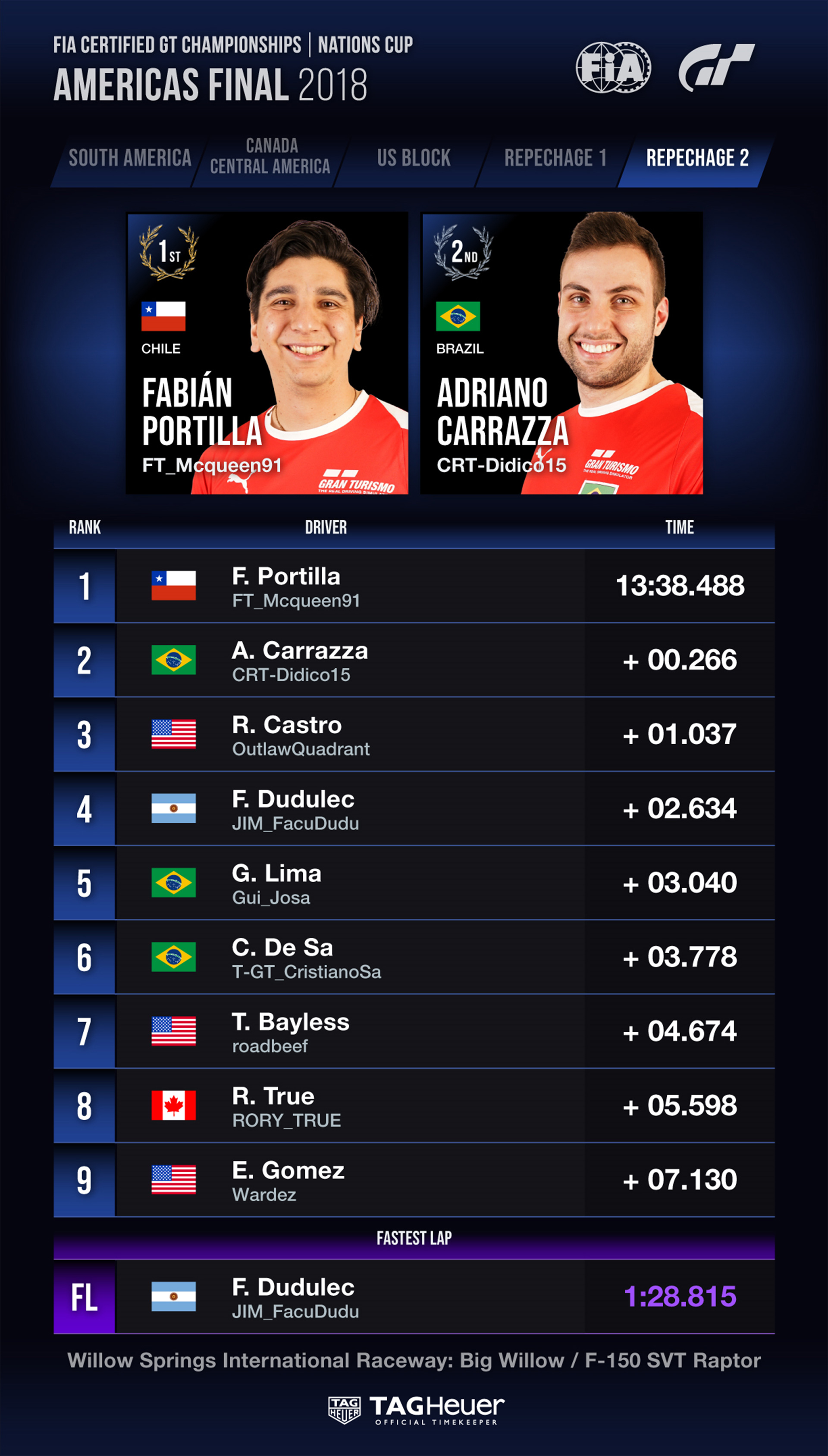 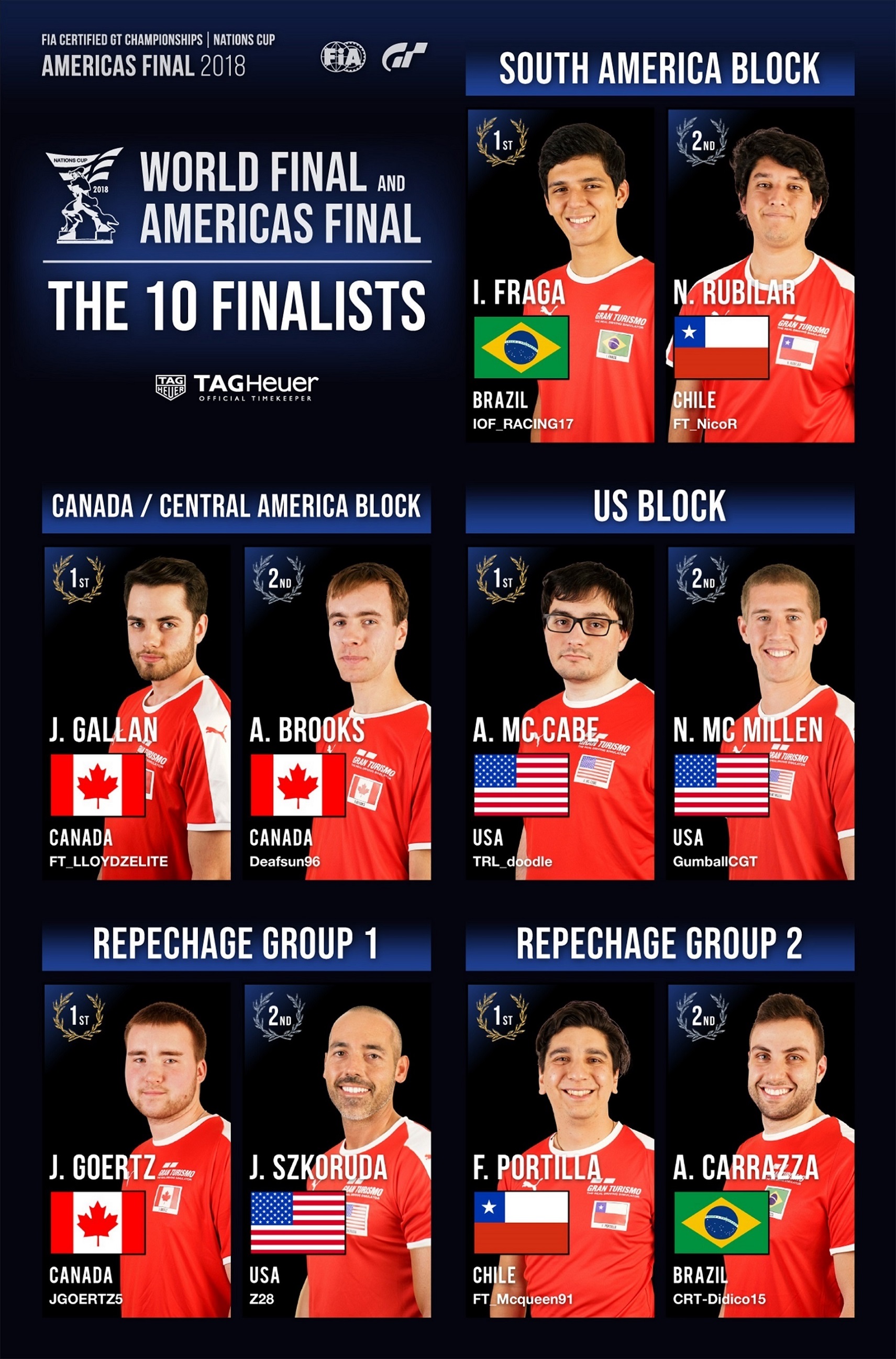