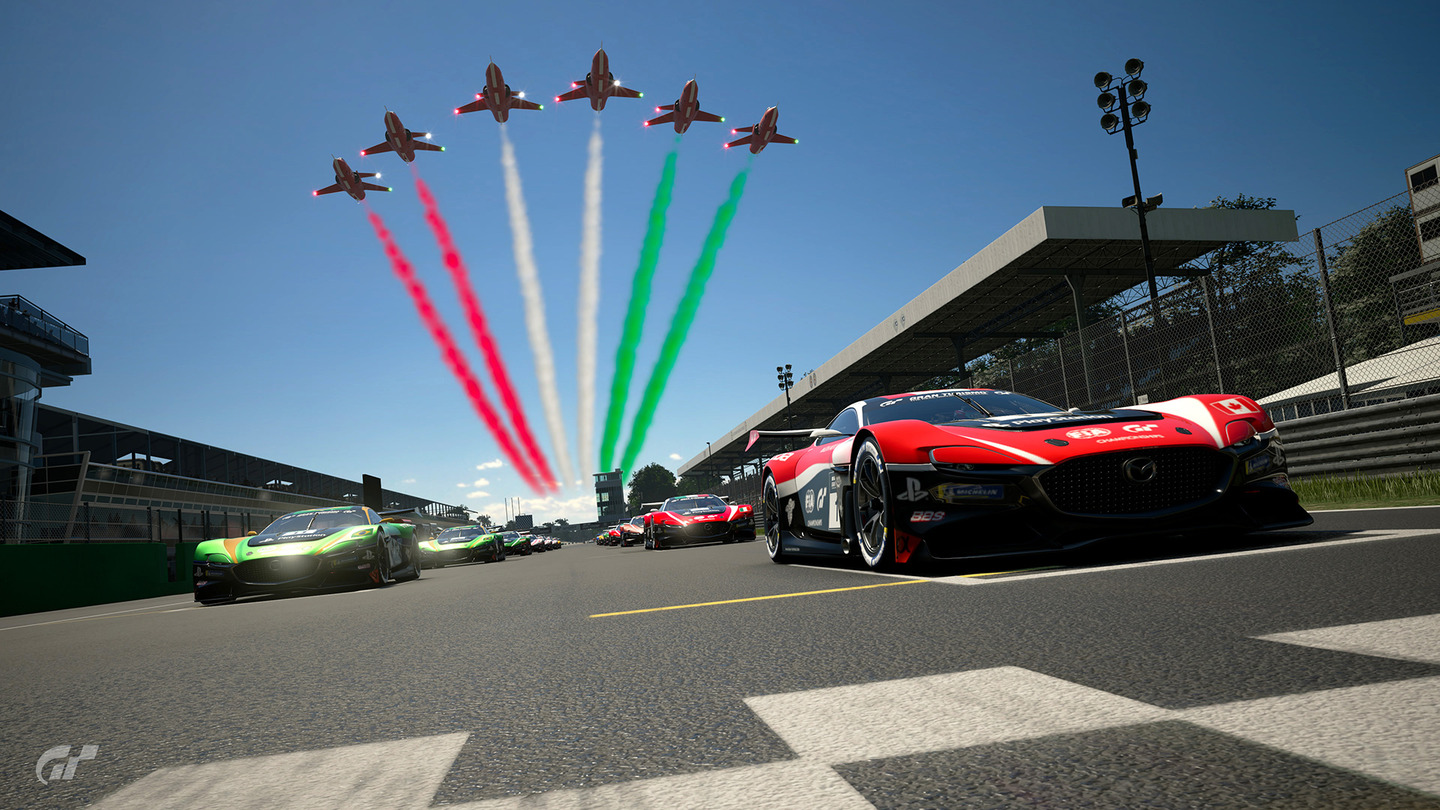 MONZA, Italy (6 June 2021) – The 2021 FIA Gran Turismo Championship officially commenced today with Round 1 of the Nations Cup, as the top competitors from the 2020 World Finals returned to participate in Rounds 1 and 2 of the fresh season. With only one race per round, the pressure was on to score big and score early if they had any hopes of capturing this year’s title.

With the global pandemic still affecting many parts of the globe, the event organisers adopted a new format for 2021 that essentially divides the calendar year into two seasons, with Season 1 consisting of Rounds 1 and 2 (held in June and July, respectively), capped off with a new event called the World Series Showdown. Then, Season 2, which includes Rounds 3 and 4, to be held in October and November respectively, culminates with the World Finals scheduled for December. More information on the 2021 format can be found at gran-turismo.com.

The question on everyone’s mind was “Will Japanese driver Takuma Miyazono continue his winning ways from last season, or will familiar names like Valerio Gallo, Andrew Brooks and Coque López finally be able to break through and grab their first championship?” We got an early glimpse of the answer in this, the first race of the year.

The venue for the first race of the Nations Cup season was none other than Italy’s Autodromo Nazionale Monza, or more commonly called “Monza.” The drivers showed little rust as they qualified in impressive fashion, getting around the high-speed track in the Mazda RX-Vision GT3 Concept in about 1 minute 46 seconds. In fact, only 1.7 seconds separated the entire 14-car field, and it was Canada’s Andrew Brooks (PX7-Deafsun) who grabbed pole position, with Brazil’s Adriano Carrazza (KoA_Didico15) occupying the spot next to him. The second row consisted of the speedy Italian Valerio Gallo (William_BRacer) and another Brazilian hot-shoe, Lucas Bonelli (TGT_BONELLI). The surprise of the day was last year’s world champion Takuma Miyazono of Japan (Kerokkuma_ej20) only managed the 12th fastest time. Had success dulled his motivation or did everyone simply get quicker? All drivers were in similar Mazda RX-Vision GT3 racecars and required to complete at least one lap each on soft-, medium- and hard-compound tyres, so strategy was sure to play a major role in the outcome. 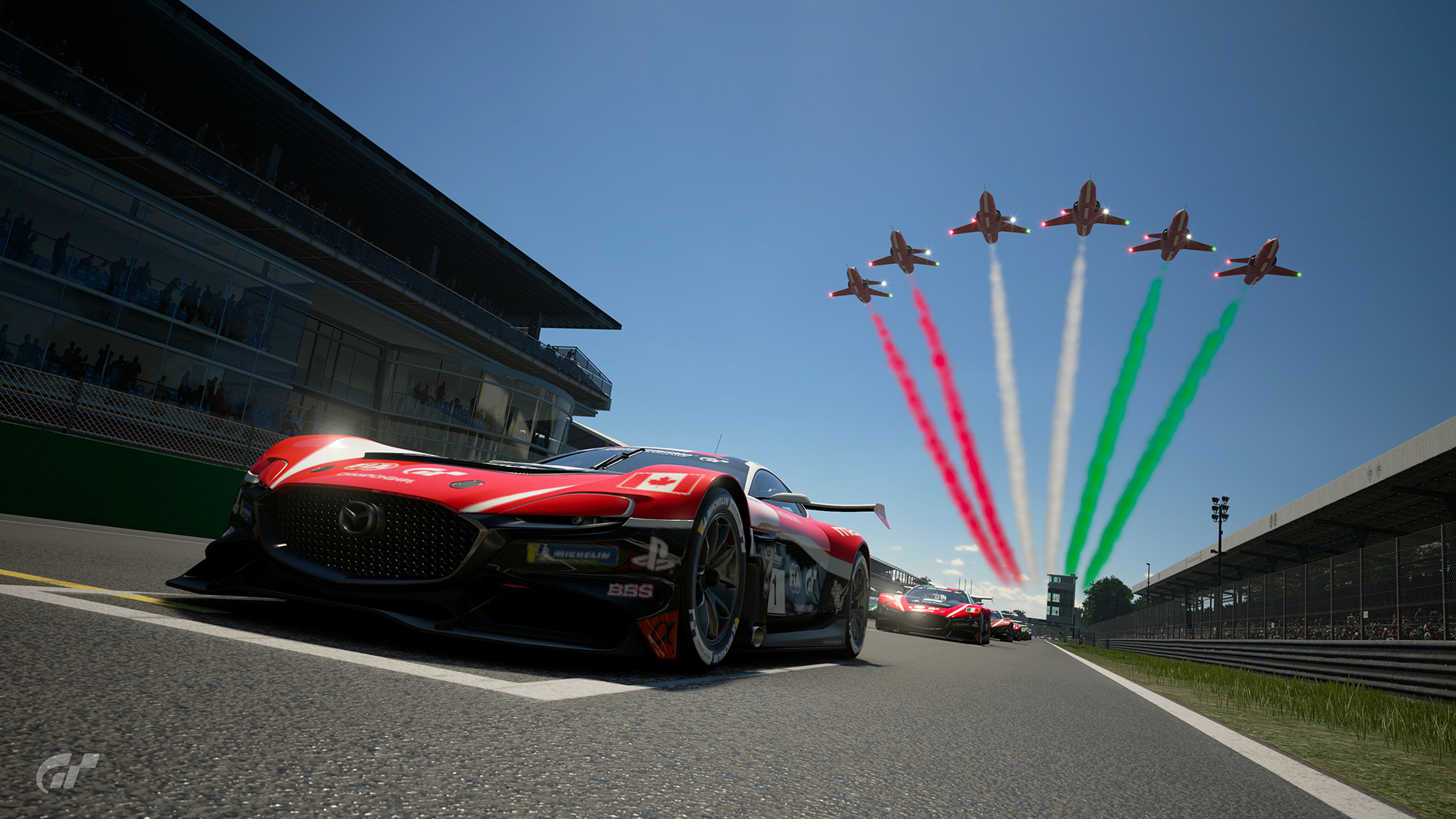 When the green lights flashed to start the 17-lap contest, all 14 cars battled for the preferred racing line, lining up side-by-side and a few swapping paint as they forced their way through the chicane-like Turn 1. It was Bonelli who got the worst of it as he got bumped and bullied, dropping instantly from 3rd to 7th. Fellow Brazilian Carrazza didn’t fare much better as he was assessed a penalty on the opening lap that all but ended any hope of winning. After the first lap, the three cars in the lead were Brooks, Gallo and Hungary’s Patrik Blazsán (Fuvaros8), all running on soft-compound tyres, while those at the back of the pack opted to start on the hards, saving the soft-yet-quickest Michelins for the end of the race. 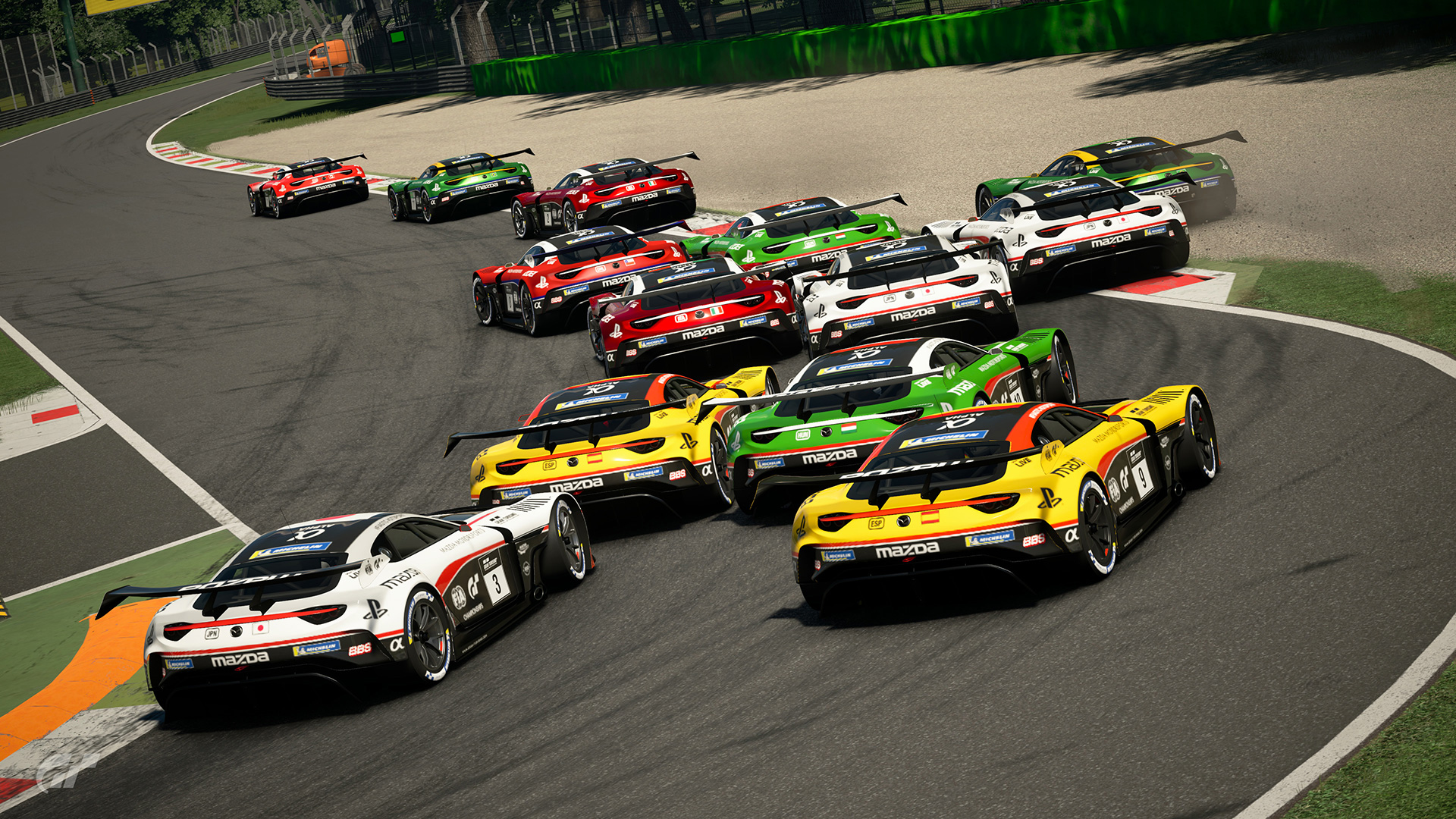 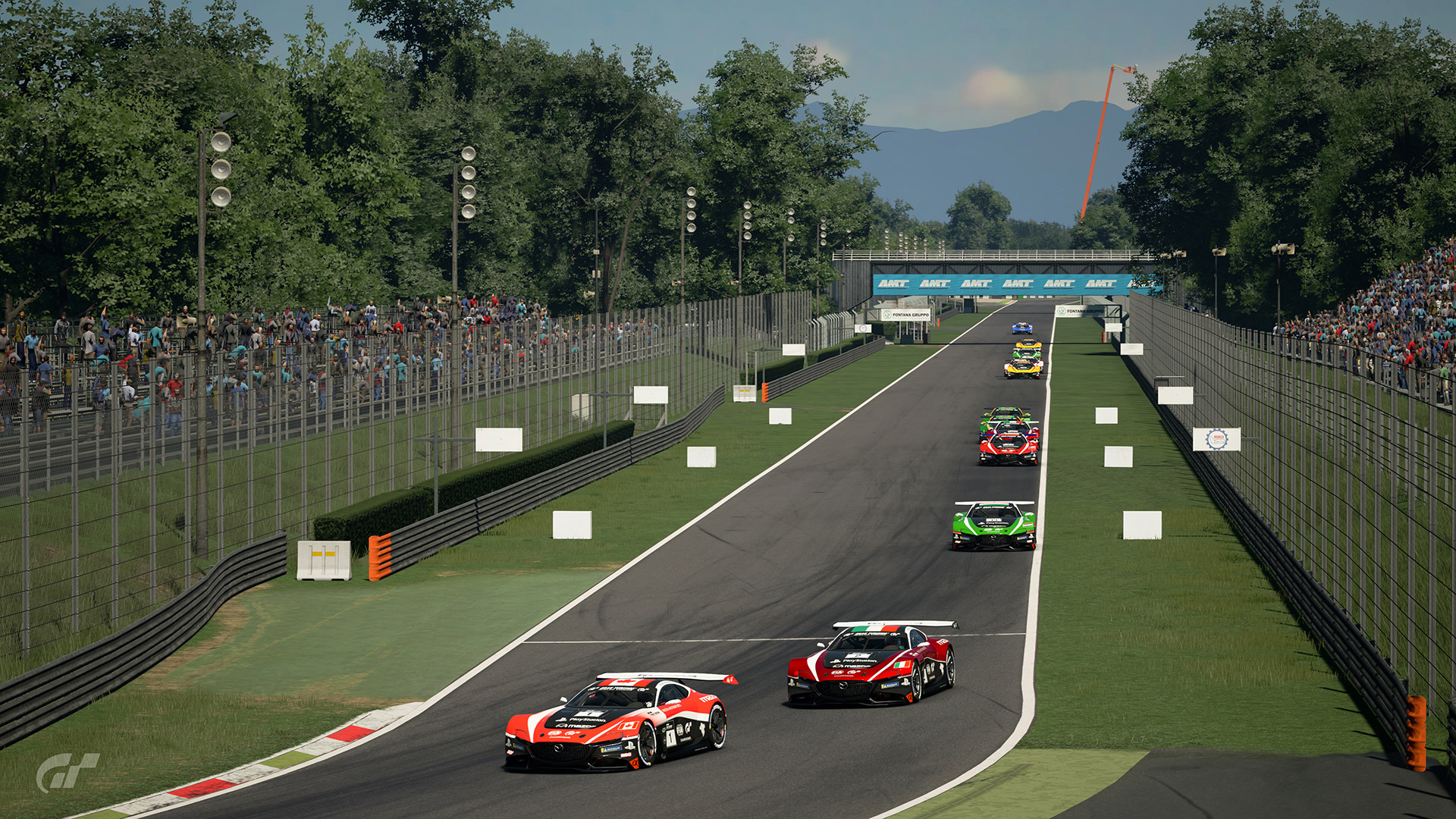 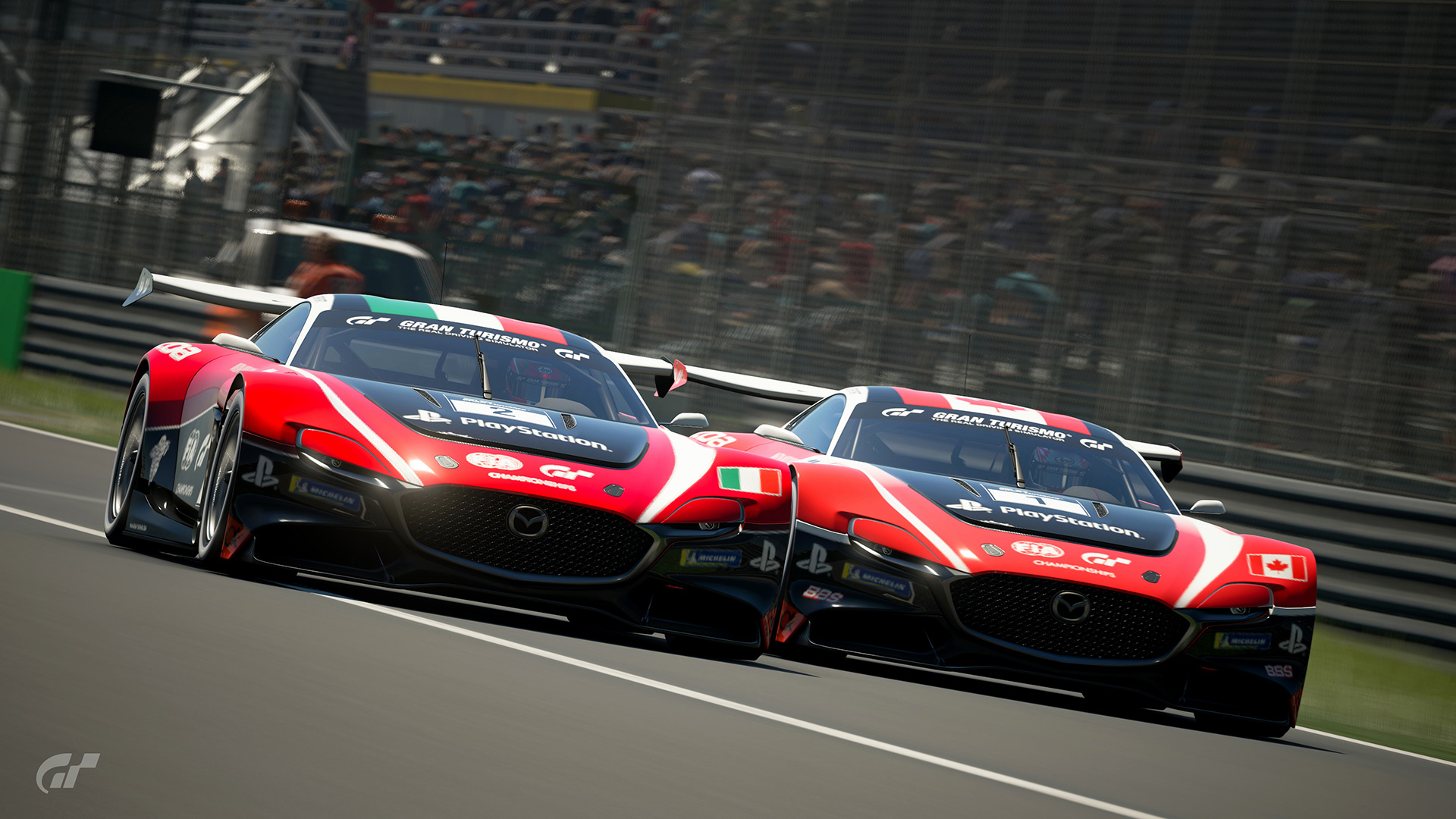 At the start of Lap 6, Blazsán made a bold move to get by Brooks at Turn 1; Gallo also got by, dropping the Canadian to 3rd. Lap 8 saw the three race leaders dive into the pits, as they swapped to the medium-compound tyres, saving the slowest rubber for later. At the halfway point of the race, the running order at the top remained unchanged—Blazsán, Gallo and Brooks—but Spaniard Coque López (Williams_Coque14) was slowly making his way up the field, moving into 5th place (he had started 11th), while Miyazono had risen to 6th, and both drivers had already fulfilled their stints on the hard-compound tyres. On Lap 11, López and Miyazono pitted to take on the soft-compound tyres, ready to start an all-out attack on the leaders. As they charged like bulls, Gallo reclaimed the overall lead on Lap 14, with Blazsán and Brooks in hot pursuit. Only three laps remained, but the top six cars still had to fulfil their requirements on hard-compound tyres. At this point, López was 12 seconds behind, so the question was, could he get within striking distance after the leaders came out of pit row? 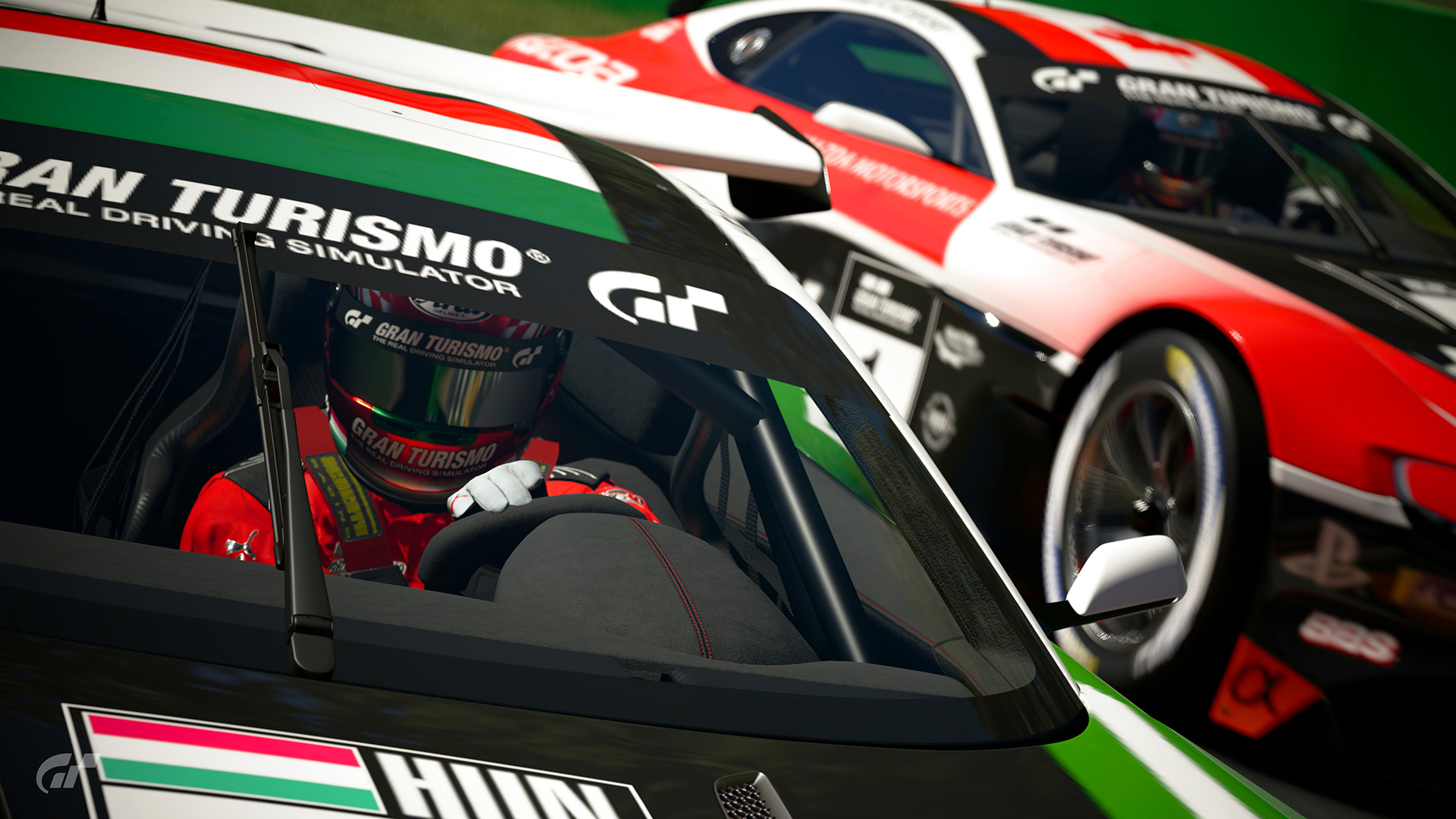 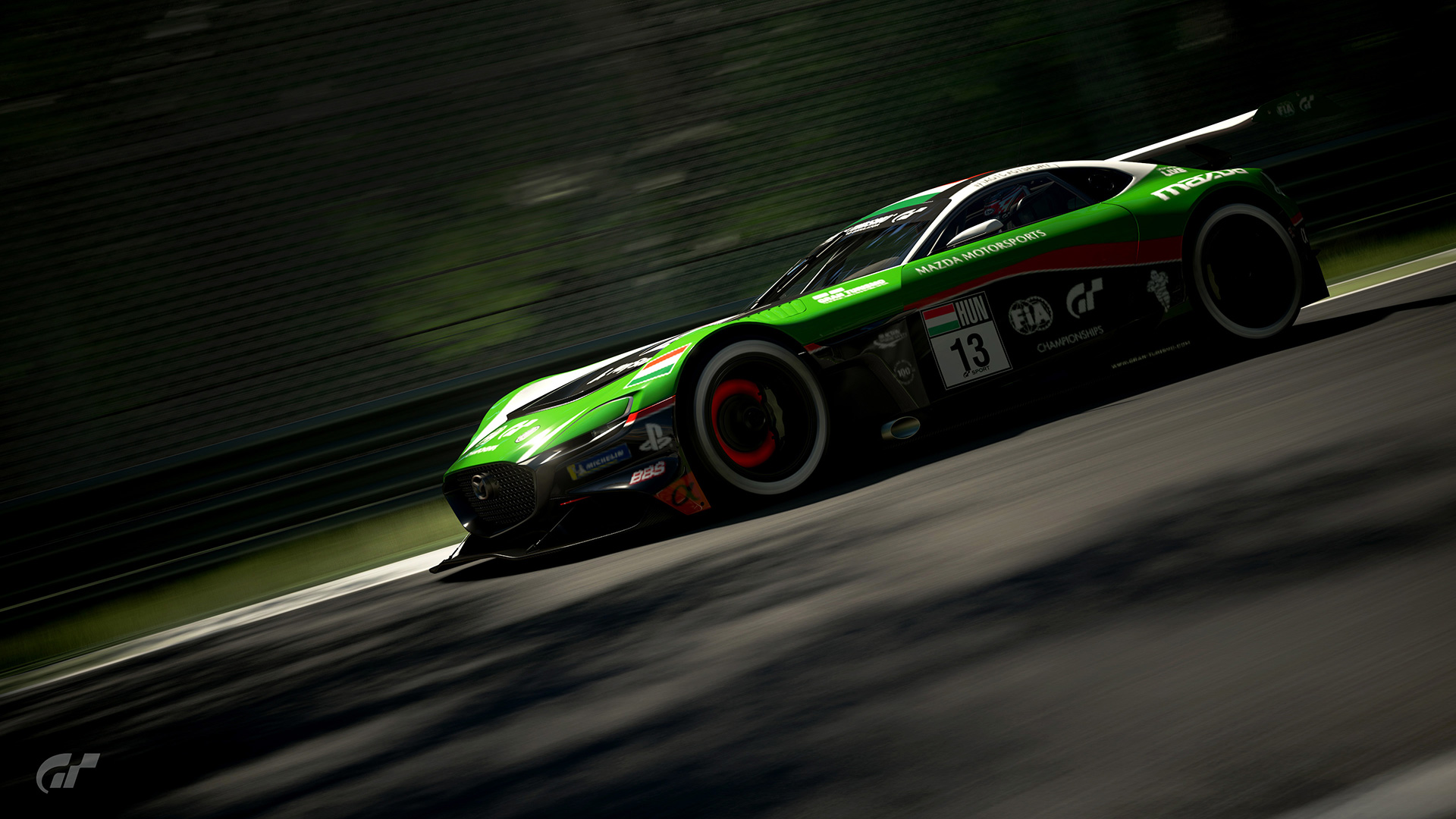 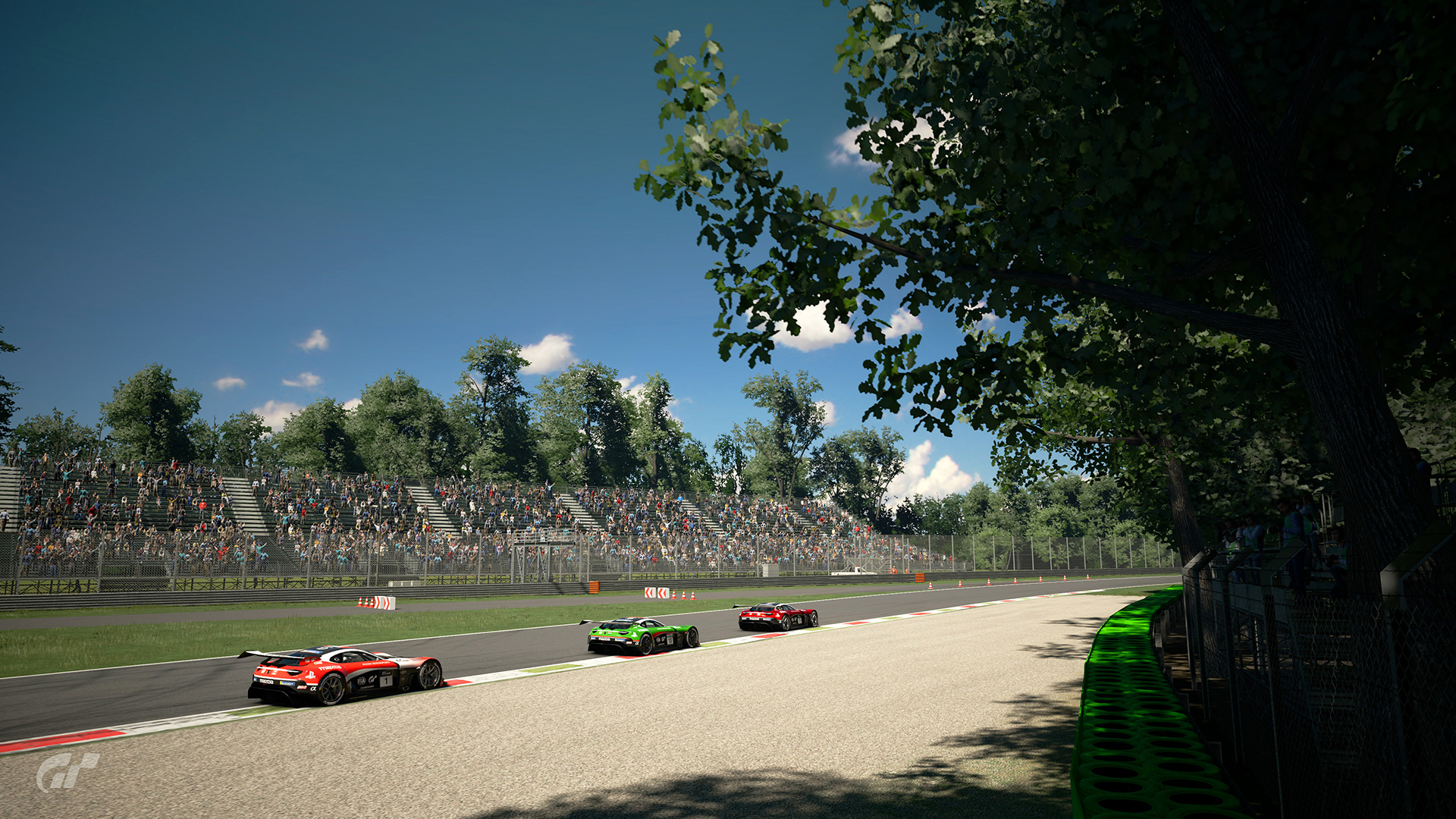 As expected, the top three cars pitted on the final lap, with all of them returning to the track barely in front of the hard-charging López, but it didn’t take long for the Spaniard to expose the slower tyres of Andrew Brooks, hounding the Canadian and getting by him on the penultimate corner; however, while that battle was brewing, Gallo and Blazsán managed to break away and have their own duel to the finish line. The sprint after the final corner was indeed heart-stopping as the speedy Italian managed to hold off the hasty Hungarian by 0.06 seconds to claim the first win of the season and score three big points. 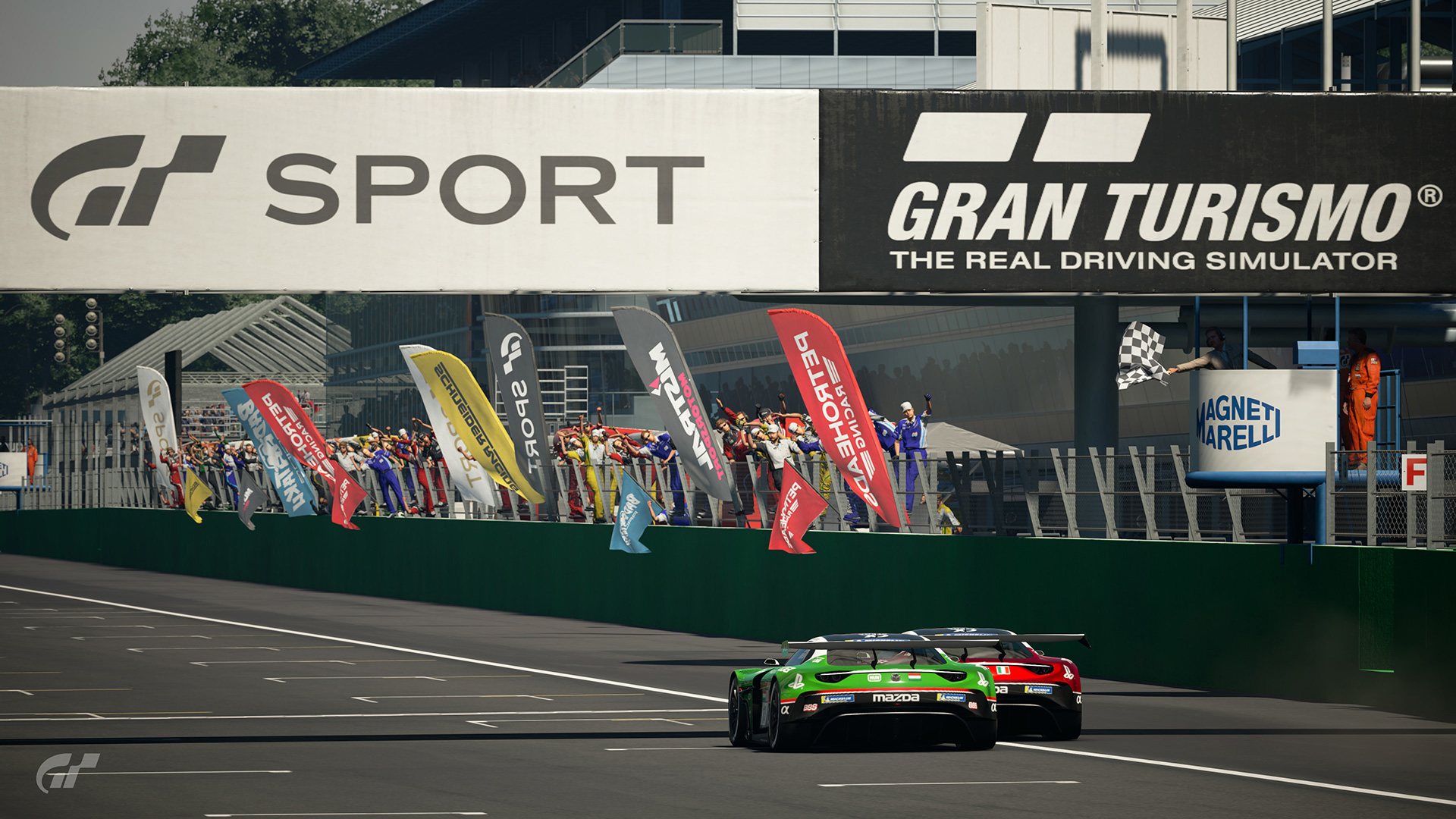 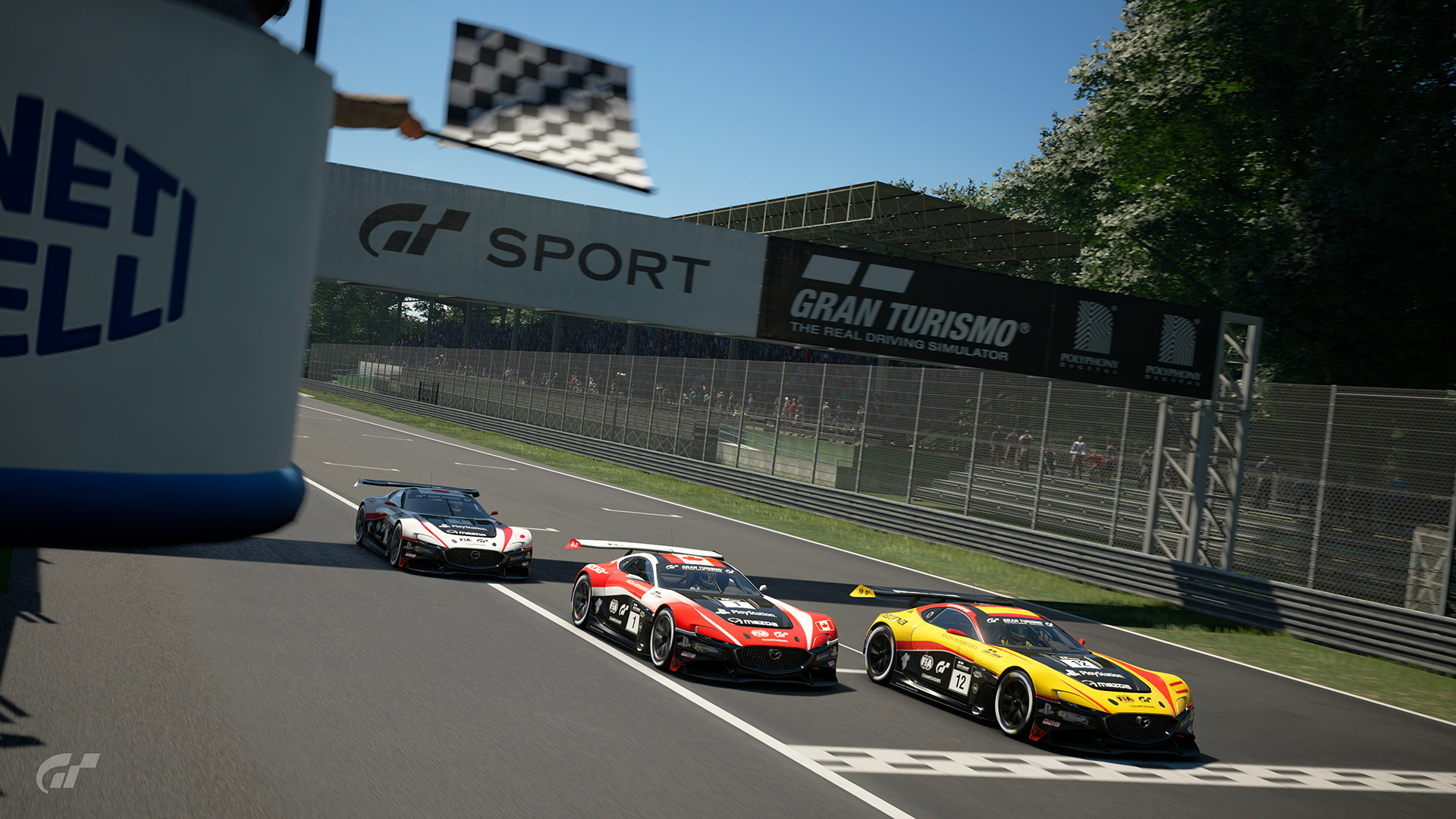 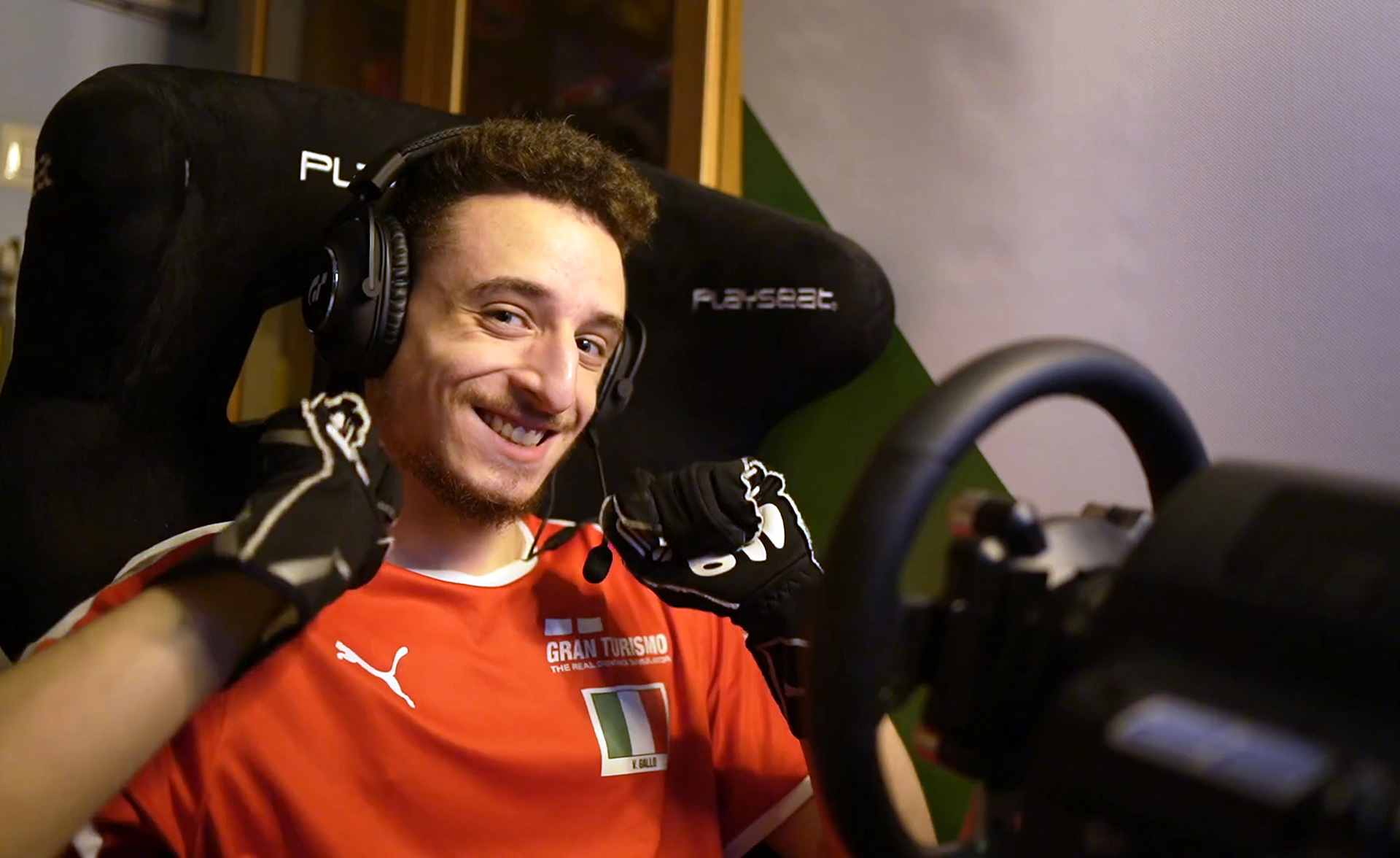 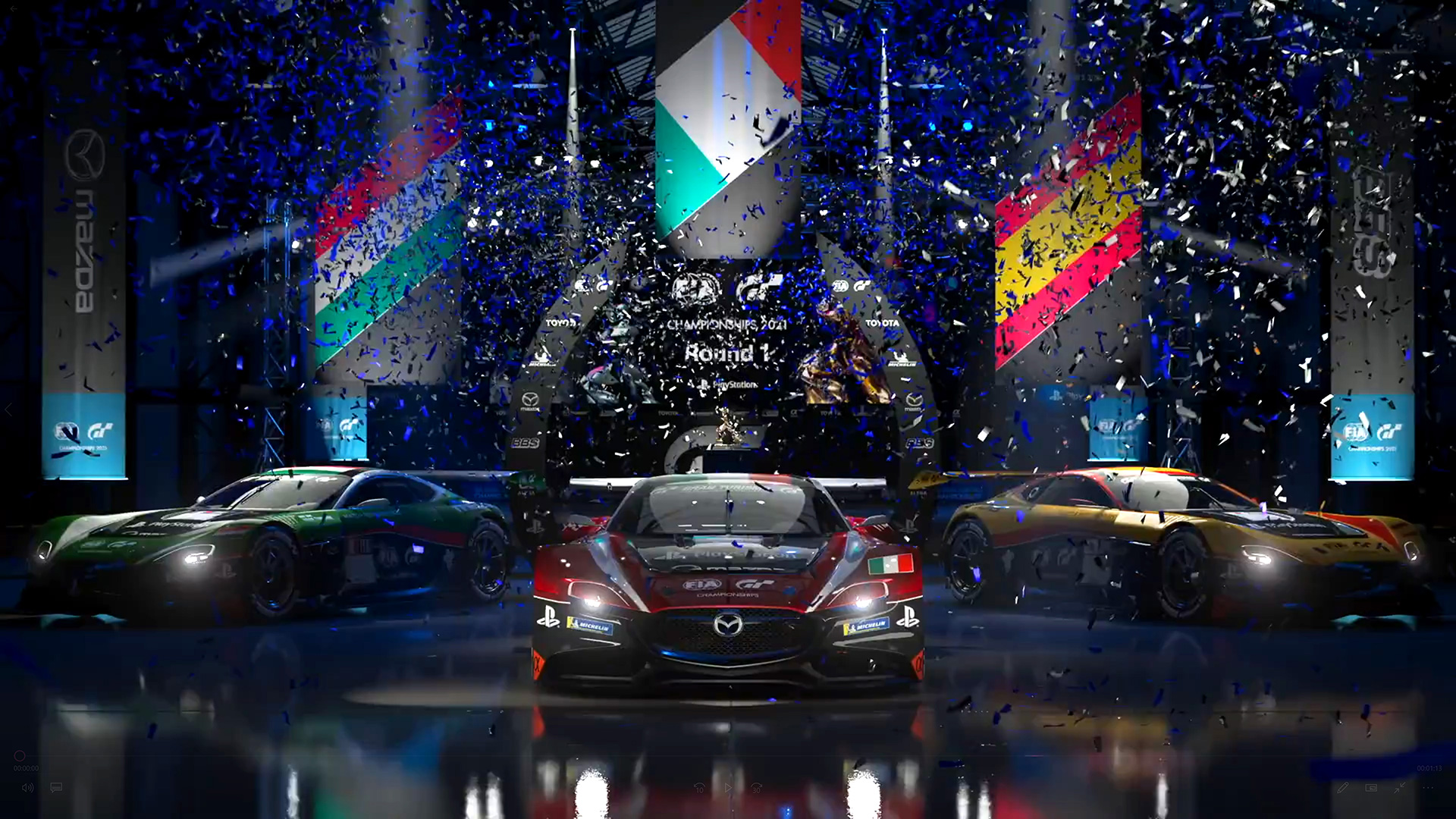