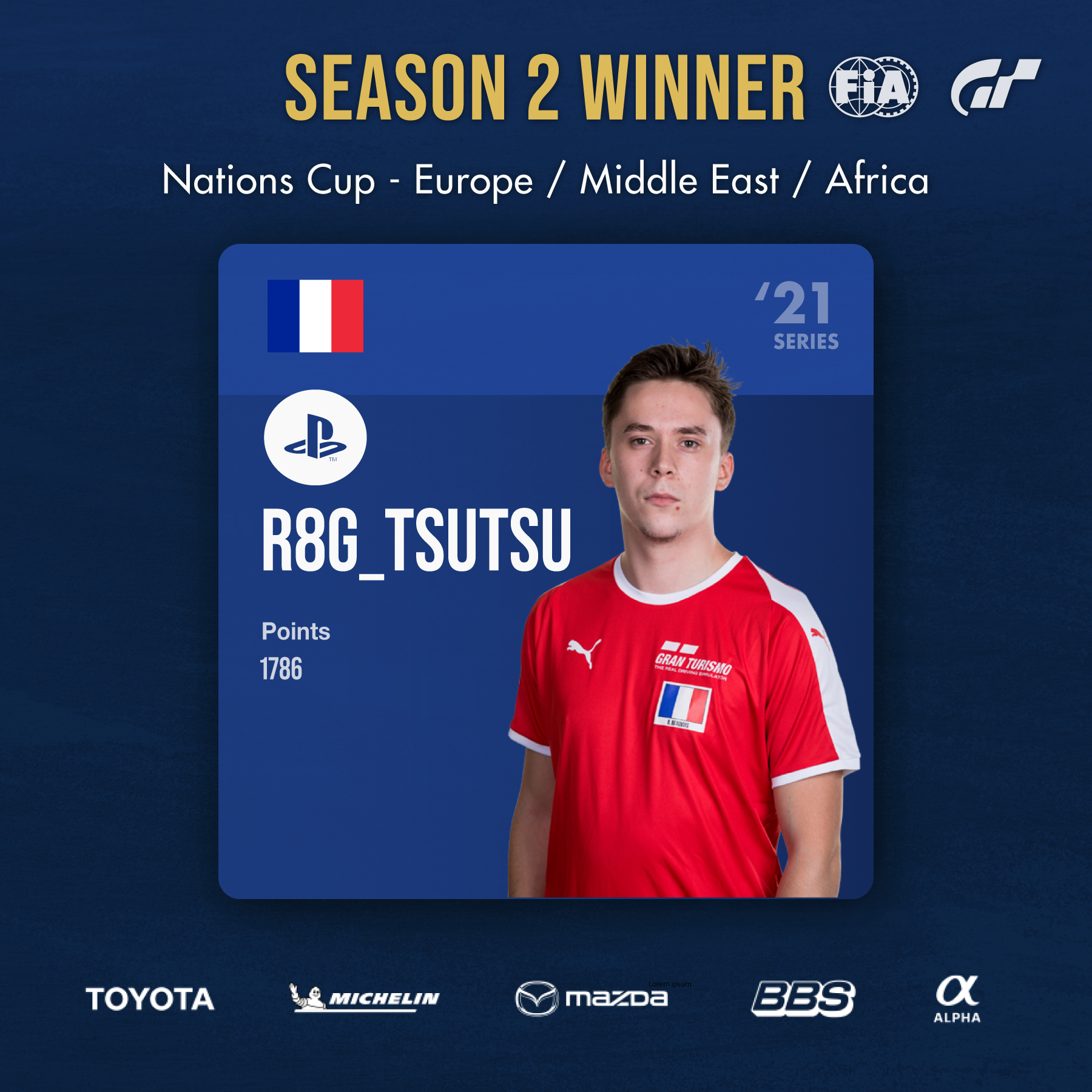 NATIONS CUP
R8G_TSUTSU Gets the Better of His Fellow Frenchman and Takes the Series Lead!
2021 Series Nations Cup Season 2 (EMEA)
24/09/2021

The first round took place at Autopolis. It was a one-make race, featuring the all-new Toyota GR 86 ’21.

All-conquering EMEA region champion R8G_TSUTSU of France top-scored with a massive 447 points as his season got off to a great start.

Round 2 was won by the Belgian rookie Jehoul (ERM_Quinten),a driver who shows great promise.

Round 3 proved to be a showdown between the two Frenchmen who were leading the season rankings, and eMONACO_Kylian19, the winner of Season1, made a stunning return to form. He won the race with a lead of more than two seconds over his closest rival, and overtook R8G_TSUTSU at the top of the leaderboard.

This didn’t last long, however, as R8G_TSUTSU scored enough points in Round 4 to reclaim top spot.

Rounds 5 and 6 went by without either of the top two drivers adding to their points totals.

eMONACO_Kylian19 wasn’t able to keep this up in the final two rounds, however, and failed to score any more points as his season ended on a disappointing note.

The youngster eMONACO_Kylian19 had done well to win Season1, but Season 2 saw the veteran R8G_TSUTSU rise to the occasion and clinch the title from his rival. The rivalry between the two looks set to continue in future seasons, and should be fascinating to watch!