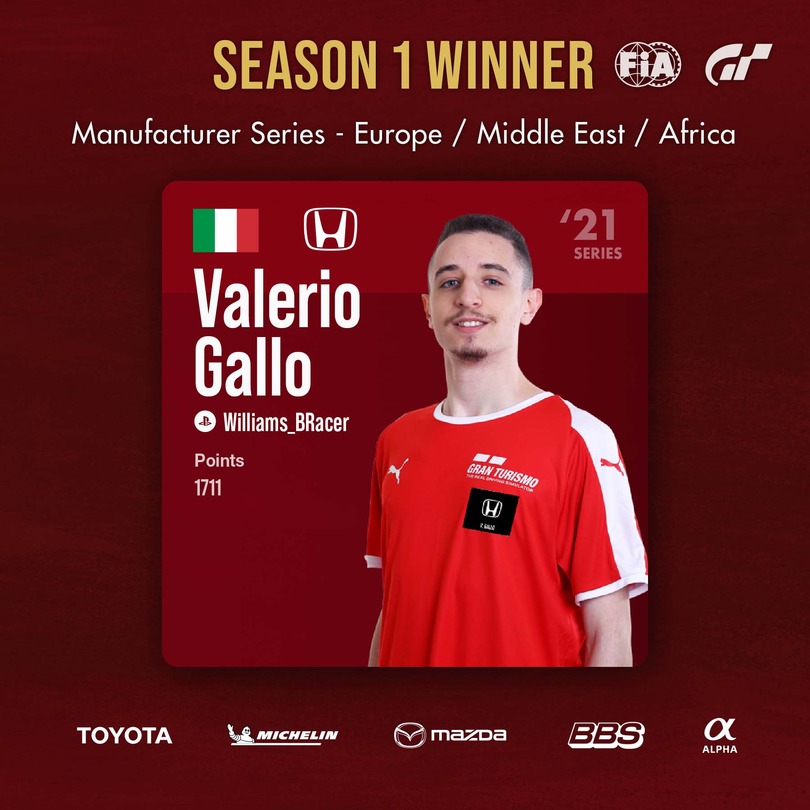 One driver took the opportunity to make a name for themselves in the very first race, with Mazda's rookie V1_Miro defeating Gallo, the king of the EMEA region, and claiming 450 points. It was a truly stunning victory.

Gallo struggled to score points in the second round as well, and found himself falling down the leaderboard. The second race of the day was won by Toyota's Lopez (coqueIopez14), a regular fixture at the World Series.

Gallo came roaring back in Round 3, racking up a season-best score of 441 points. At this stage of proceedings, the leaderboard was in a constant state of flux, with drivers moving up and down from race to race. With Peugeot's ERM_Quinten winning Round 4 and Volkswagen's WiIIMurdoch taking Round 5, it was impossible to predict which way the title would go.

Gallo's second victory, in Round 6, took him to the top of the standings, but his nemesis from the first round, V1_Miro, grabbed another victory in Round 7. V1_Miro's poor performances in other races meant they weren't able to improve their standing on the leaderboard, however.

Gallo claimed 402 points in Round 8, which was enough for him to secure overall victory with two races remaining—a very impressive achievement!