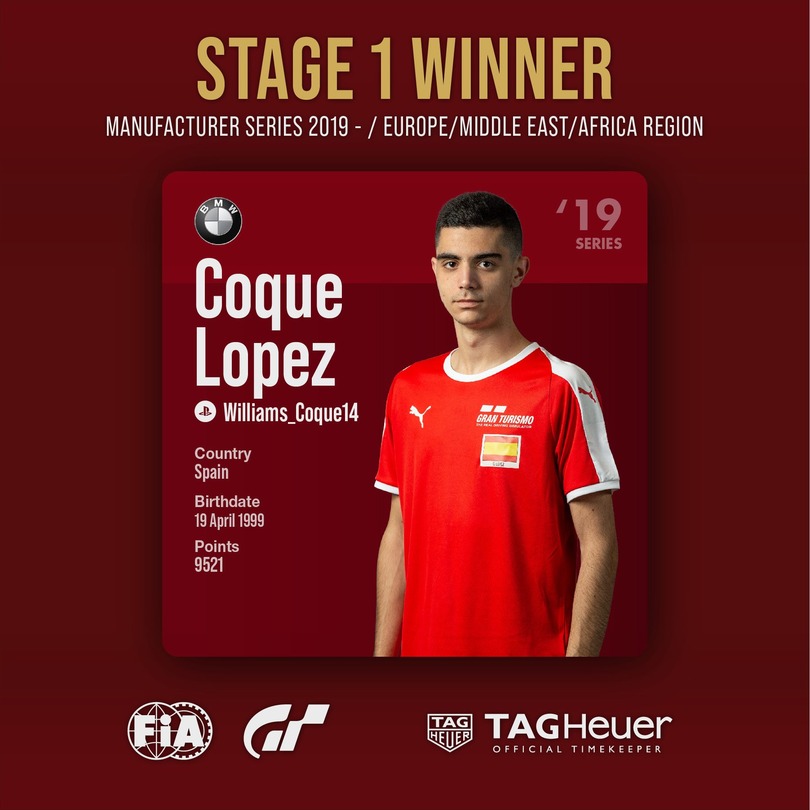 The first stage's final race took place on Sardegna Road Track B, and was contested between Gr. 4 cars. Despite the significance of the race, Subaru (TRL_LIGHTNING) did not make an appearance. It should have been an easy win for BMW (Williams_Coque14), but they found themselves facing stiff competition from Honda (JIM_BRacer26) and Lexus (TRL_TSUTSU). Honda (JIM_BRacer26) took pole, and JIM_BRacer26 soon pulled away from the chasing pack. BMW (Williams_Coque14) had started in second position, but were overtaken by Lexus (TRL_TSUTSU) on the first lap, and fell down to third place. The first three remained in these positions as the race entered its final stages.
On the final lap, TRL_TSUTSU's Lexus forced itself onto the inside of JIM_BRacer26's Honda. JIM_BRacer26 ran out of space and had to leave the track, dropping to fourth place in the process. Lexus (TRL_TSUTSU) received a five-second penalty for their part in the incident, and as a result BMW (Williams_Coque14) were bumped up to first place at the flag.
With the help of a significant slice of luck, BMW (Williams_Coque14) were able to seize top position at the end of the first stage.