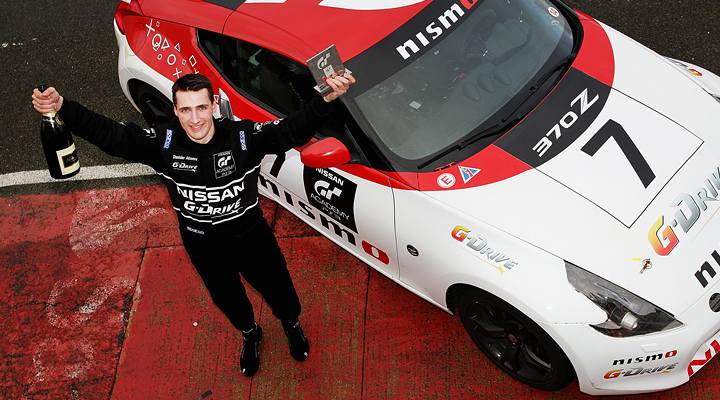 In July 2013, over 34,000 people across Russia downloaded a special Gran Turismo®6 demo and took part in the Nissan GT Academy powered by G-Drive. Their hope was to be the one talented winner who would have the chance to become a professional racing driver for Nissan in a GT3 championship in 2014.

Live Events took place throughout Russia, at the Moscow City Race in July and then three further events at Omsk, Novosibirsk and Tumen as part of the NISMO G-Drive Tour in August. Around 20,000 people took part at these Live Events and those with the fastest Gran Turismo® lap times were able to skip the online qualifying stage and go straight through to the National Final at Ekaterinburg on 24 and 25 August 2013.

The National Final was held as part of the final NISMO G-Drive street event. Last year’s winner Mark Shulzhitskiy was on-hand to demonstrate a Nissan GT-R for the crowds and Roman Rusinov drove his Nissan LMP2 car on the closed city streets in front of 150,000 spectators. The 28 competitors then did their driving challenge on the same 'track', displaying their natural car control. 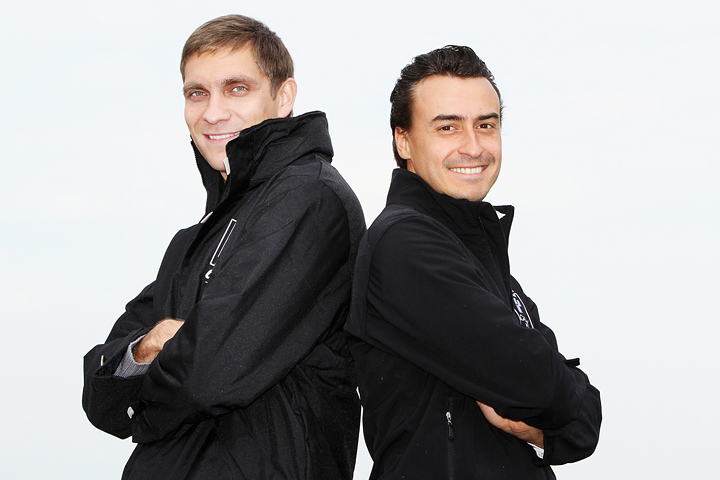 Race Camp activities included the popular traffic challenge, a rallying experience, dogfight competitions and a first taste of single-seaters. The gamers got to show off their skills behind the wheel of a range of Nissan cars, including the Juke NISMO, 370Z and GT-R. 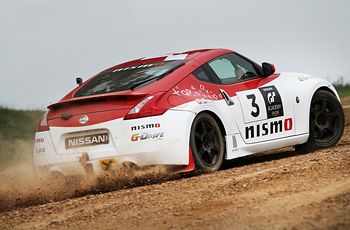 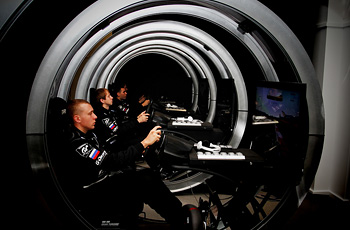 The competitors even had the unusual opportunity of racing Nissan Micra stock cars. Contact was allowed to show their spirit on track, resulting in some aggressive driving. This challenge was informative for the judges as well as being highly entertaining - while Roman dominated from pole position, Alexey Sirotkin had several crashes and ended up on his roof!

For the single-seater challenge, Vitaly Petrov set a lap time and the competitors had to reach within half a second of it or risk elimination. Artem and Denis performed incredibly and beat Vitaly’s time! However, Roman pushed too hard, went off at the chicane and damaged his car quite badly. He was okay but the crash was a stark reminder that moving from virtual to reality isn’t as easy as the GT Academy champions make it look. Roman was so shaken that sadly he decided to withdraw from the competition. 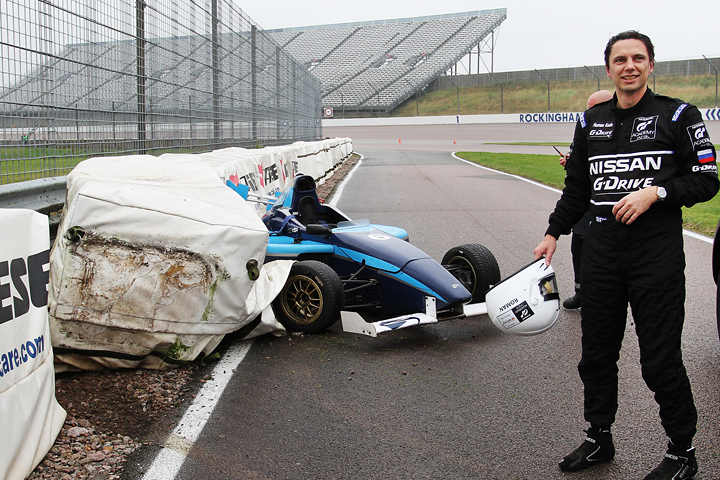 But as always, it wasn’t just driving skill being scrutinised. A quadathlon tested the competitors’ fitness and endurance. A short run was followed by a drive around Stowe Circuit in single-seaters. After three laps, the top six switched to pedal power and cycled across to the Formula 1 pit lane at the Silverstone Wing where three laps in a Nissan GT-R awaited the first four guys to get there. Stanislav A impressed the judges with his stamina and was the first to cross the finish line. 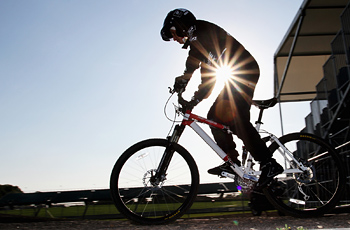 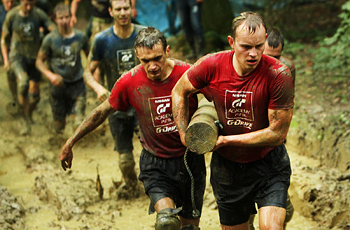 Another gruelling physical challenge involved the competitors transporting a heavy log around obstacles in a cold, wet and muddy assault course. Physically and mentally exhausting, this required team work and problem solving and showed who had the desire to succeed. 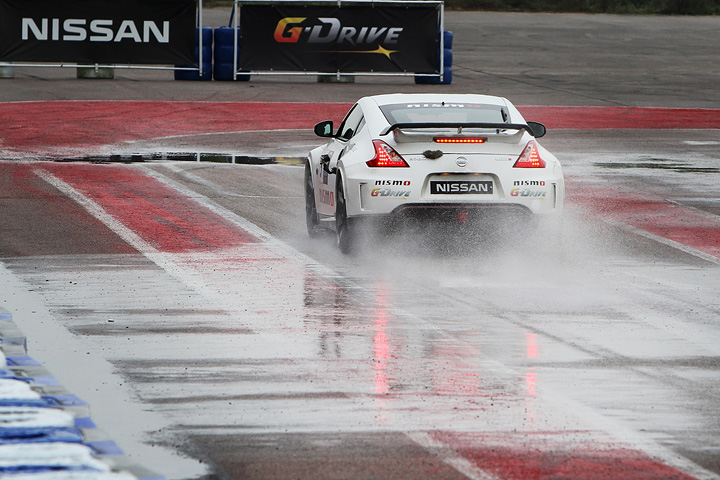 On the final day, all but four contenders had been eliminated, with Artem, Alexander, Stanislav A and Stanislav Y remaining. In practice before the final race, Stanislav Y started to feel the pressure and spun off. Rain fell heavily before qualifying, ramping up the tension even further, and Artem took pole position. Stanislav A put in a late fast time for second, followed by Stanislav Y and Alexander. 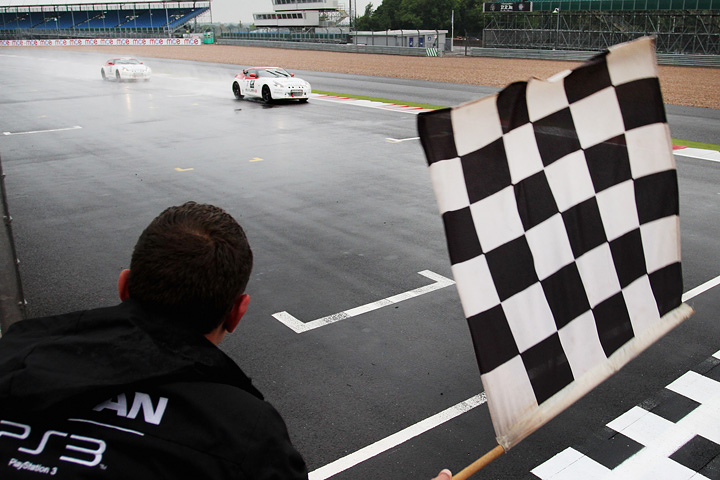 The track was still wet for the start of the race. Stanislav A was leading by the end of the first lap but unfortunately Stanislav Y spun mid-race and ended his week in the gravel trap. Artem tried to regain the lead and momentarily got in front, but he ran wide and allowed Stanislav A back into first position. Stanislav Aksenov didn’t let first position go again, winning both the race and the GT Academy crown. 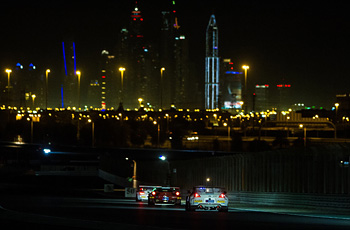 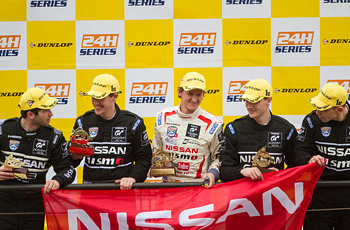 Following an intensive three month Driver Development Programme, Stanislav scored an impressive class win at the Dubai 24 Hours in January 2014, his first international race. The 2014 season will see him racing as a NISMO Athlete with Nissan in the Blancpain Endurance Series.