The 'Victory Bonuses' for the Nations Cup and Manufacturer Series of the 'FIA Gran Turismo Championships' 2019 Series World Finals have been distributed.

Victory Bonuses are bonus points gifted to players whose account for PlayStation™ Network belong to the country/territory that won the Nations Cup in their respective Region, and to those who have an affiliation contract in-game with a car manufacturer that won the Manufacturer Series in their Region. These bonuses are awarded in the form of in-game Credits and Mileage Points.

For the 'World Finals 2019 - Monaco', we have sent 250,000 Credits and 10,000 Mileage Points to those belonging to the following country and manufacturer: 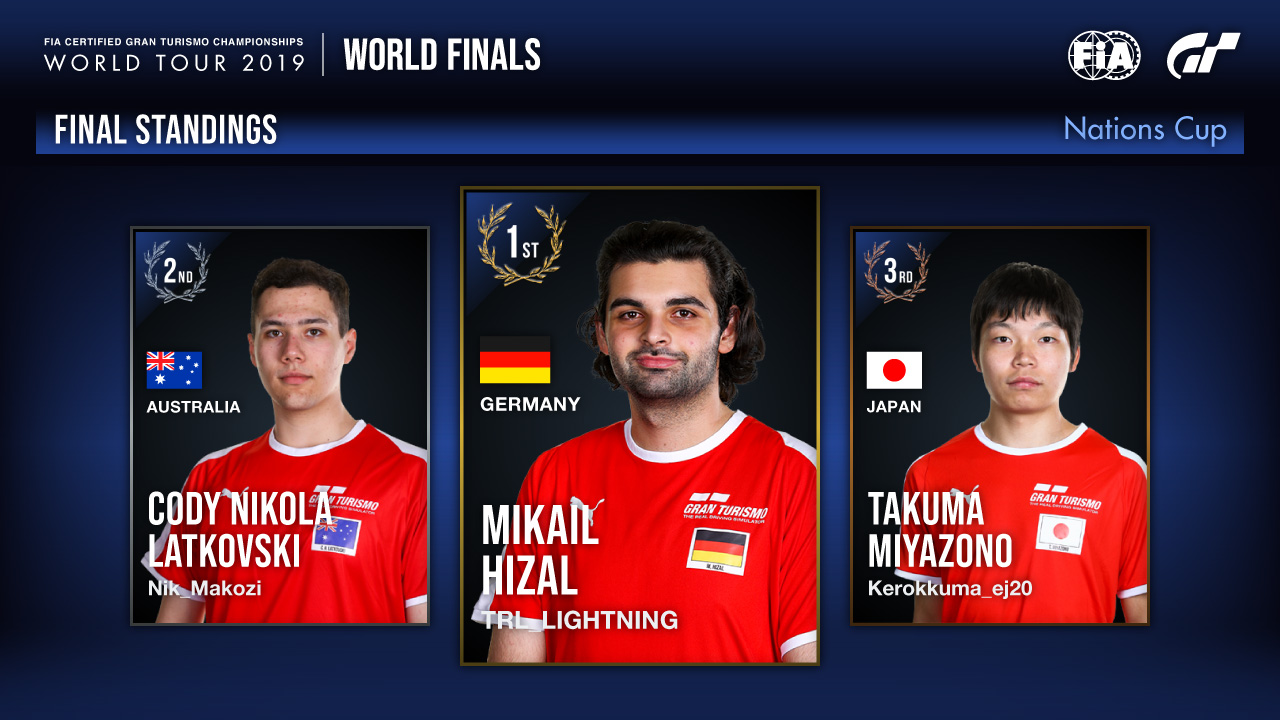 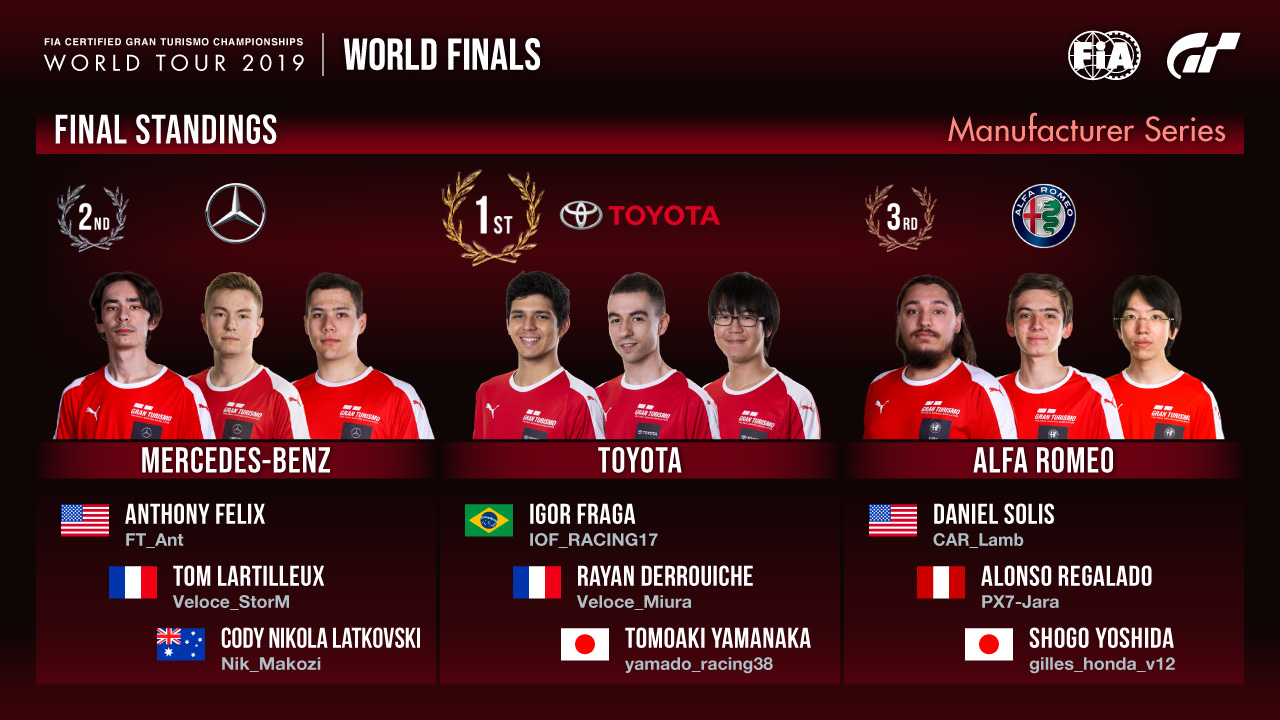 
Congratulations to the winning country and manufacturer!

These bonuses are redeemable from Wednesday 11/27 to Wednesday 12/11.