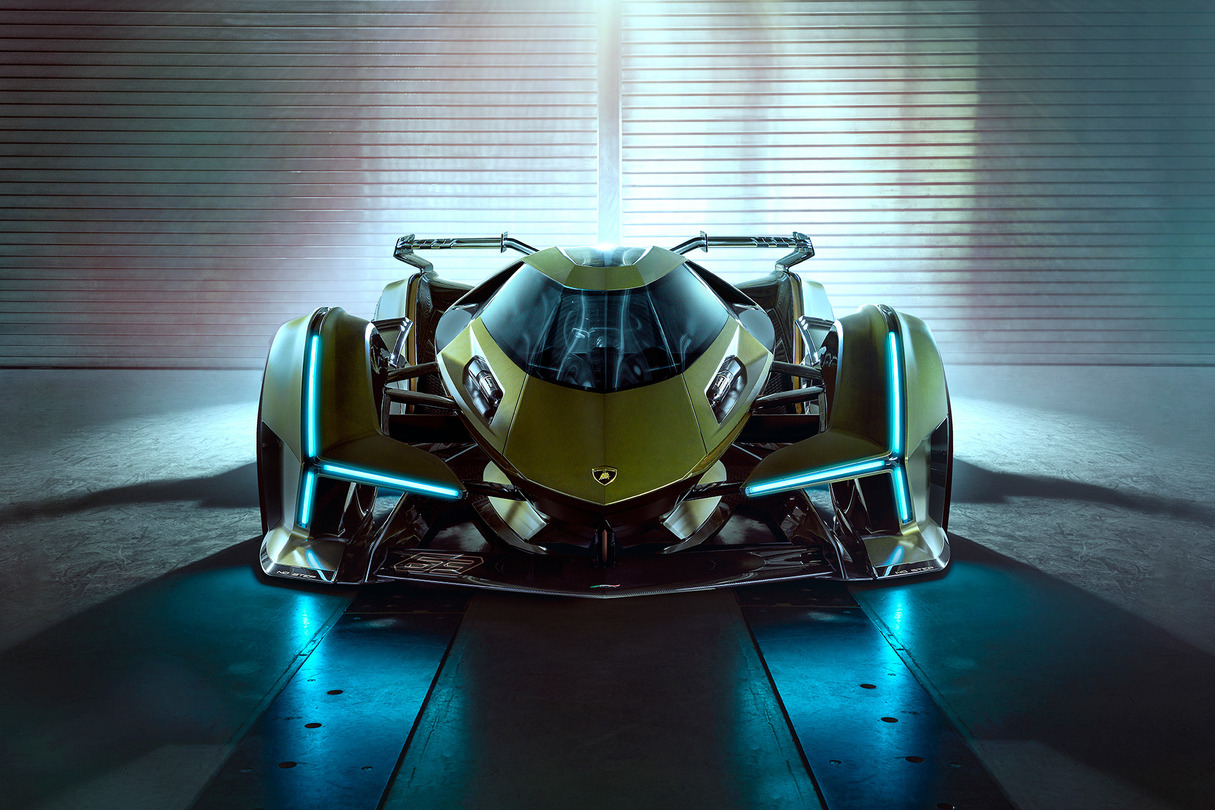 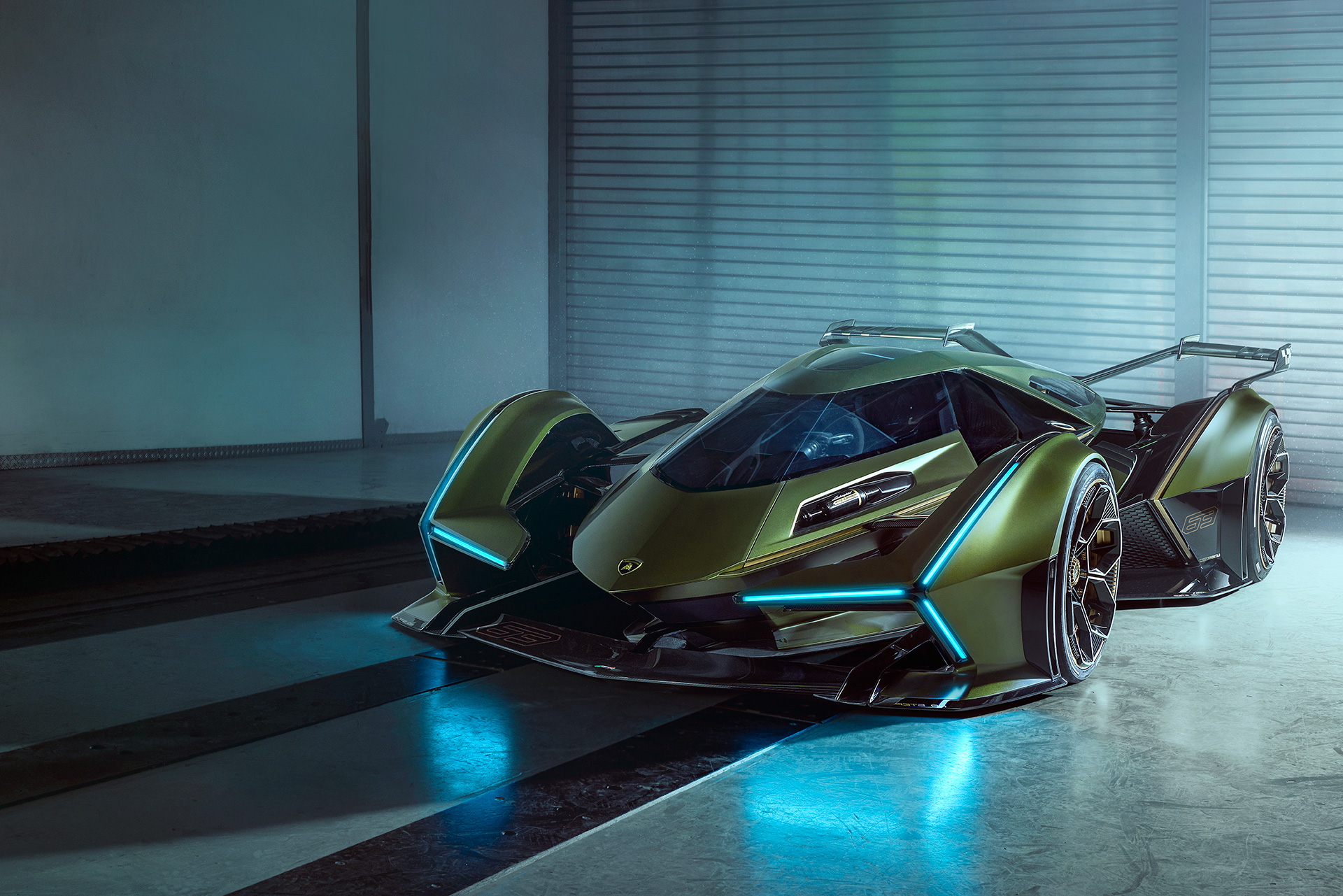 This visionary design study was created by Lamborghini Centro Stile in Sant’Agata, Italy, as a single-seat sports car that embodies the pure joy of driving. Powering the car is the same V12 hybrid engine as the Sian FKP37 unveiled in September . 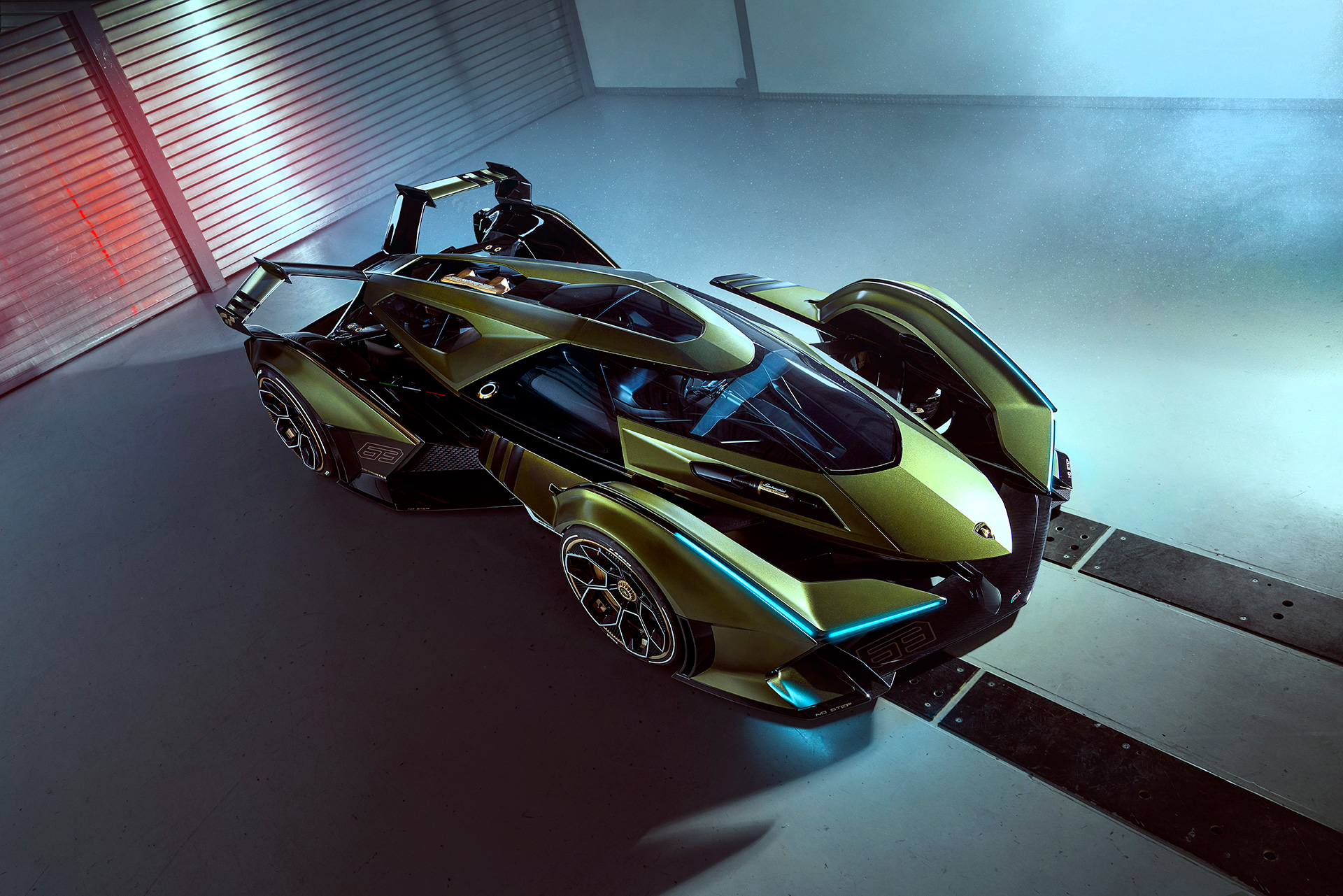 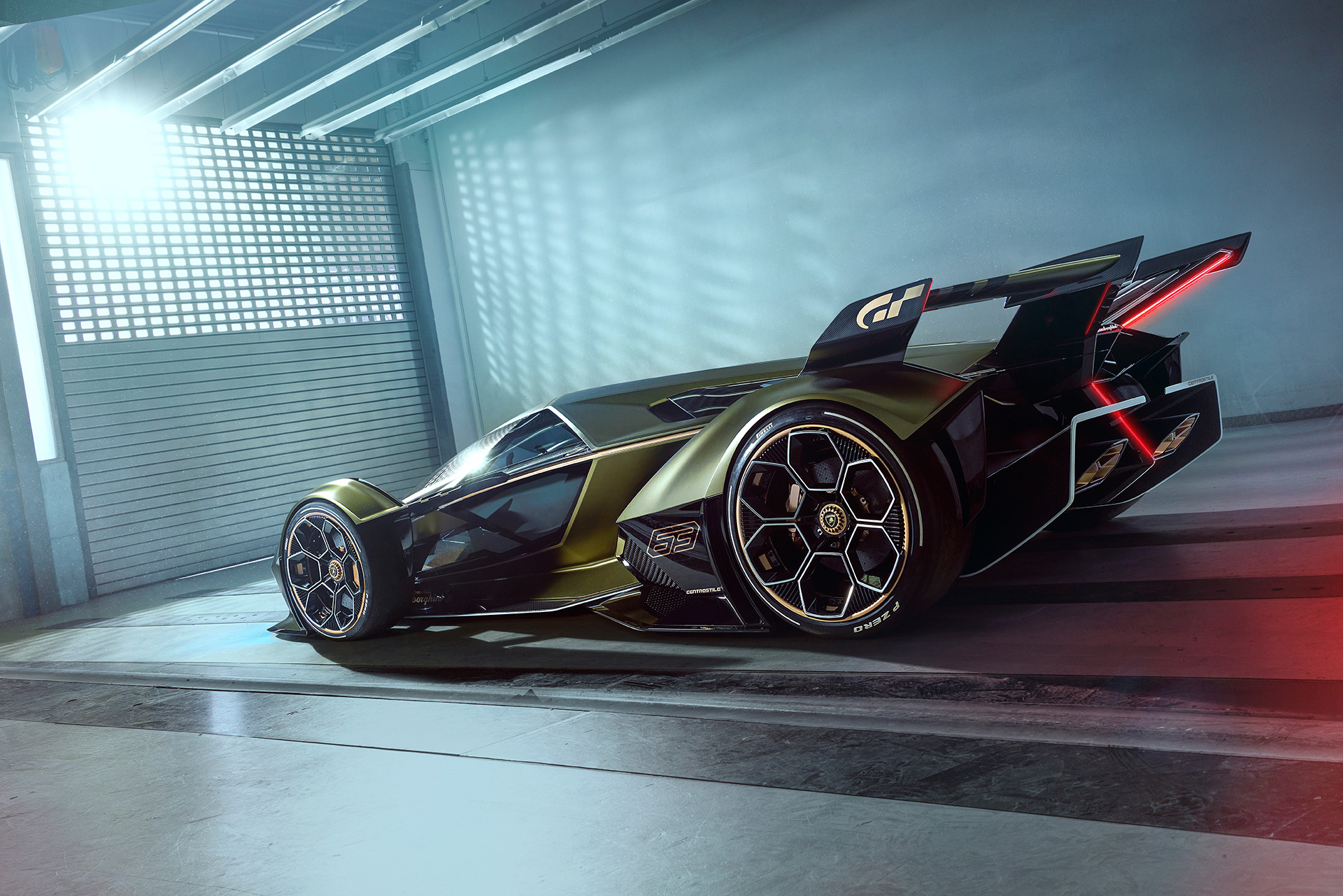 The car's exterior embraces the DNA that has defined Lamborghini’s history and has adopted futuristic construction methods. While car's profile maintains the typical single center-line silhouette - a Lamborghini trademark - the single-seat layout of the Lambo 12 VGT takes an entirely fresh approach to delivering driving performance. 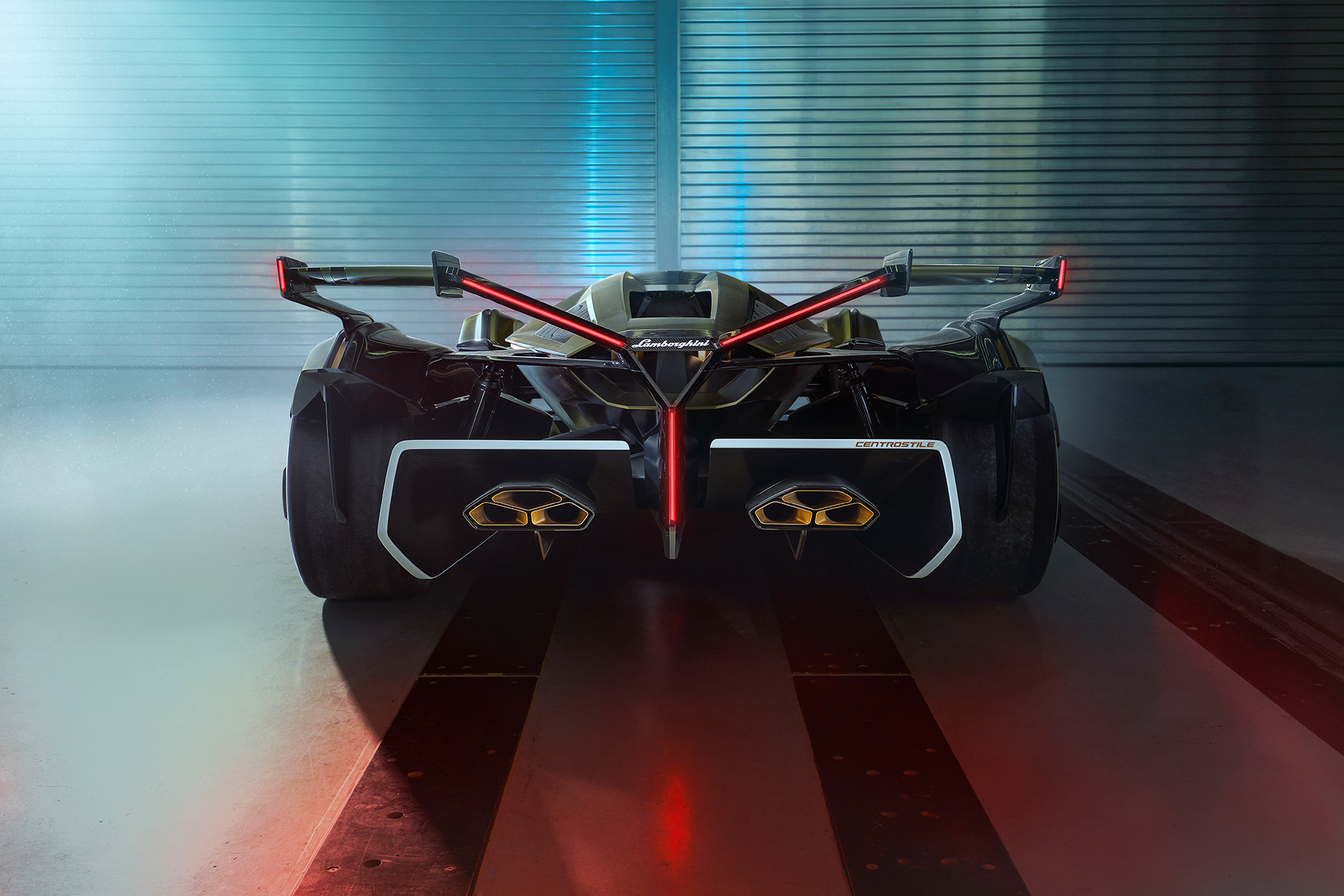 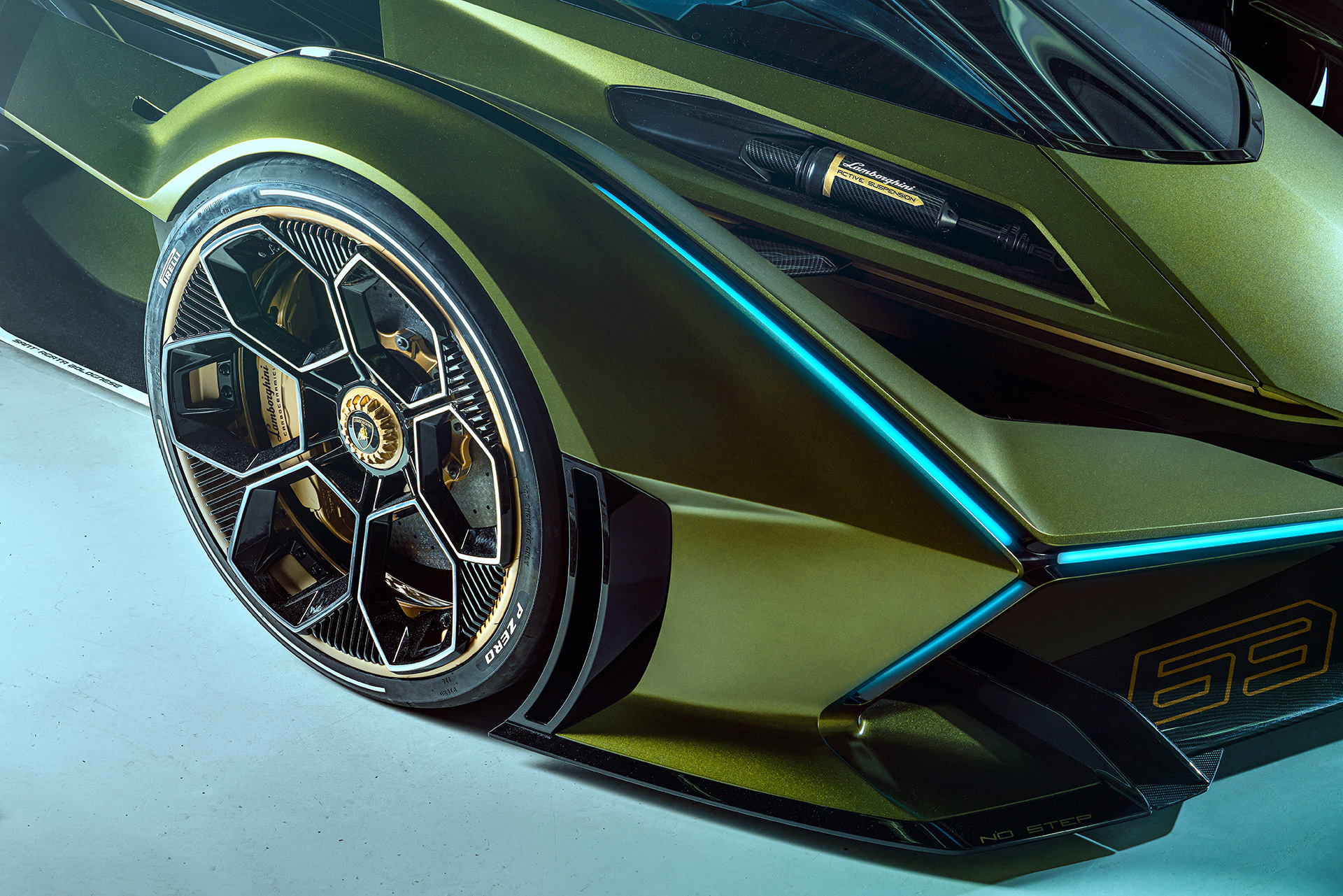 The car boasts excellent aerodynamics, evidenced by the large rear wing, and features an open-wheel design to maximize its identity as a pure driving machine. Of note are the hexagonal side windows inspired by the 1968 Marzal concept, as well as the car's unique Y-shaped lights at both front and rear.

The interior of the Lambo V12 VGT is just as spectacular. The driver enters and exits the cabin from the front of the car, similar to that of a jet fighter. All of the main driving controls are placed on the steering wheel, with important information virtually projected in the driver’s line of sight. 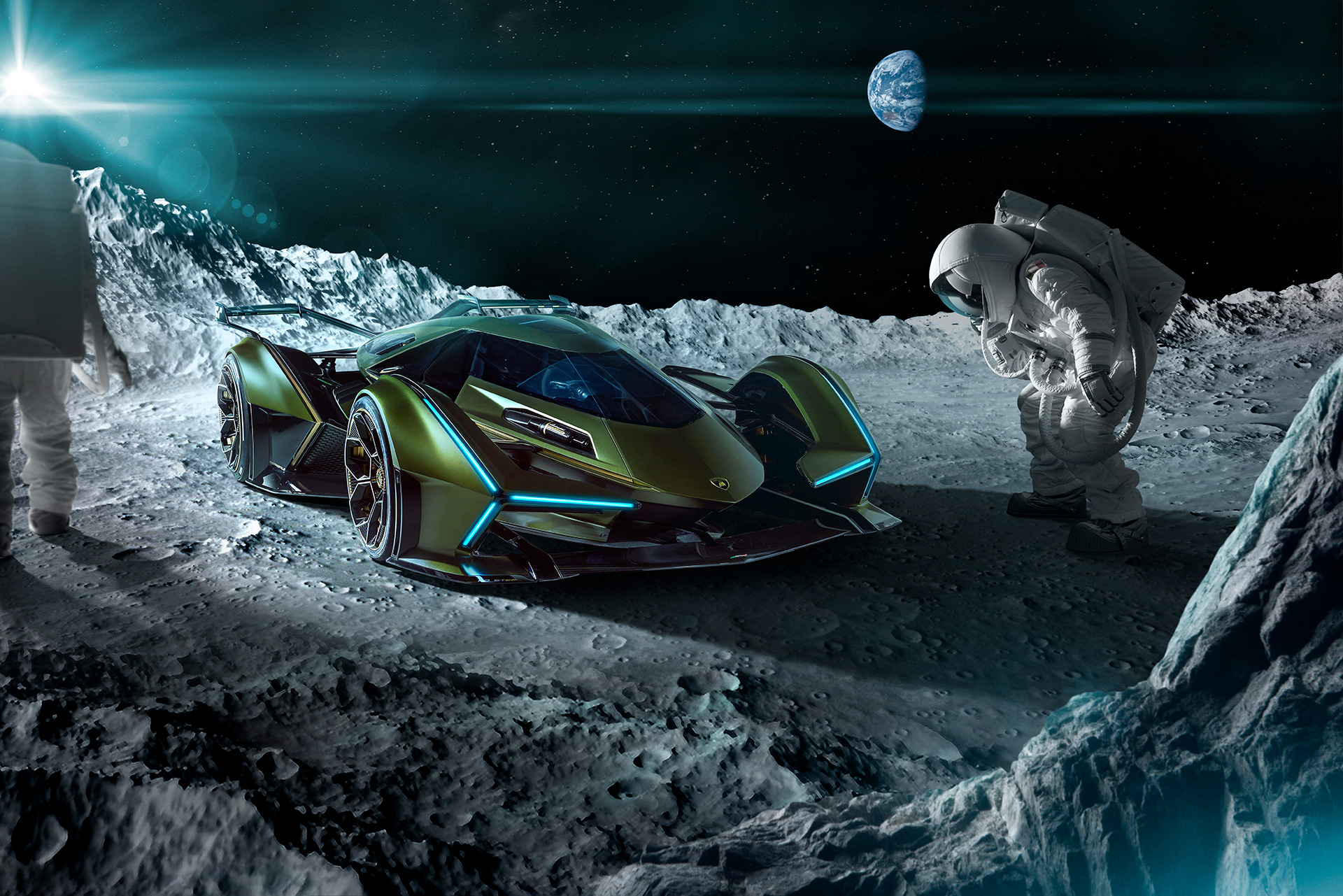 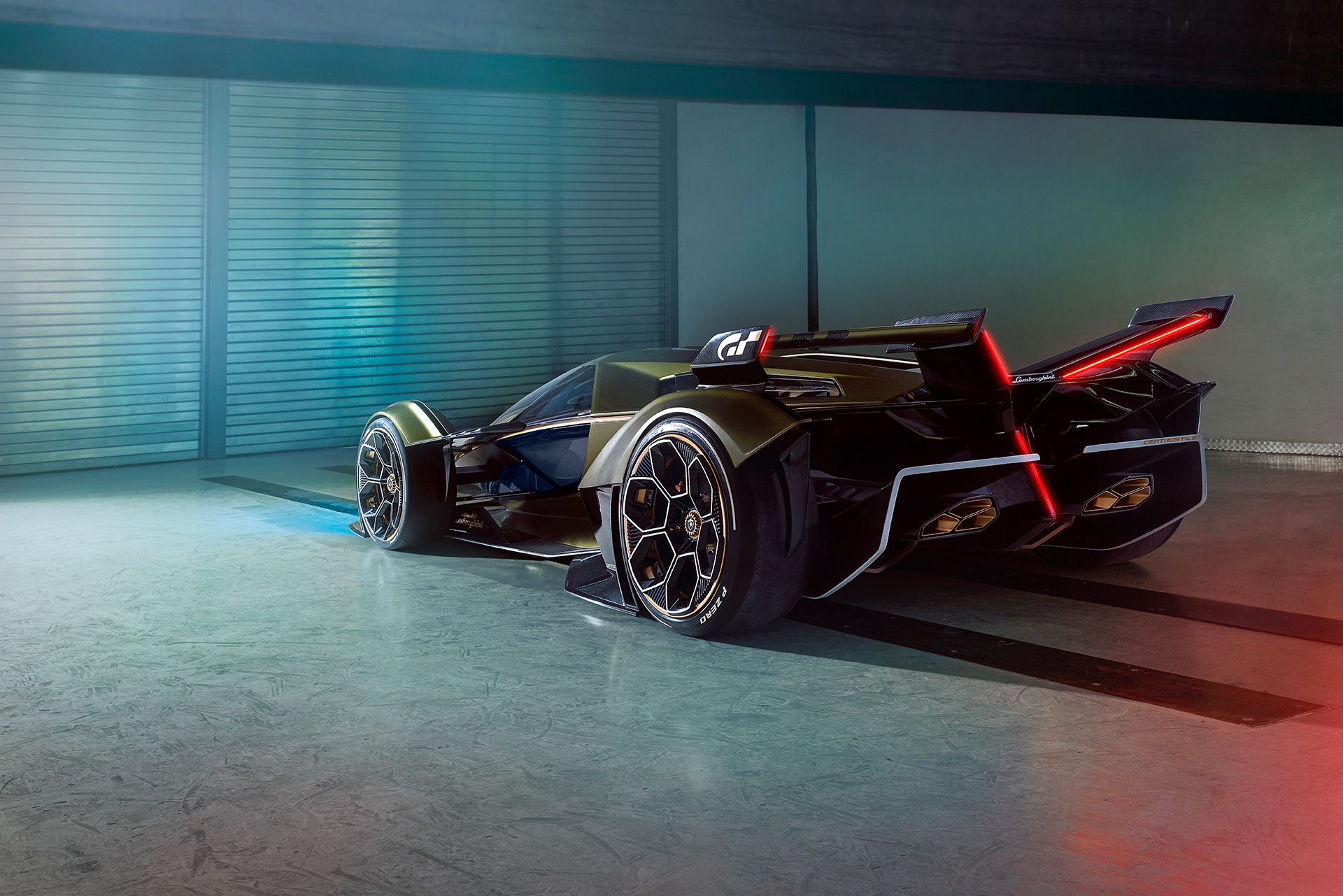 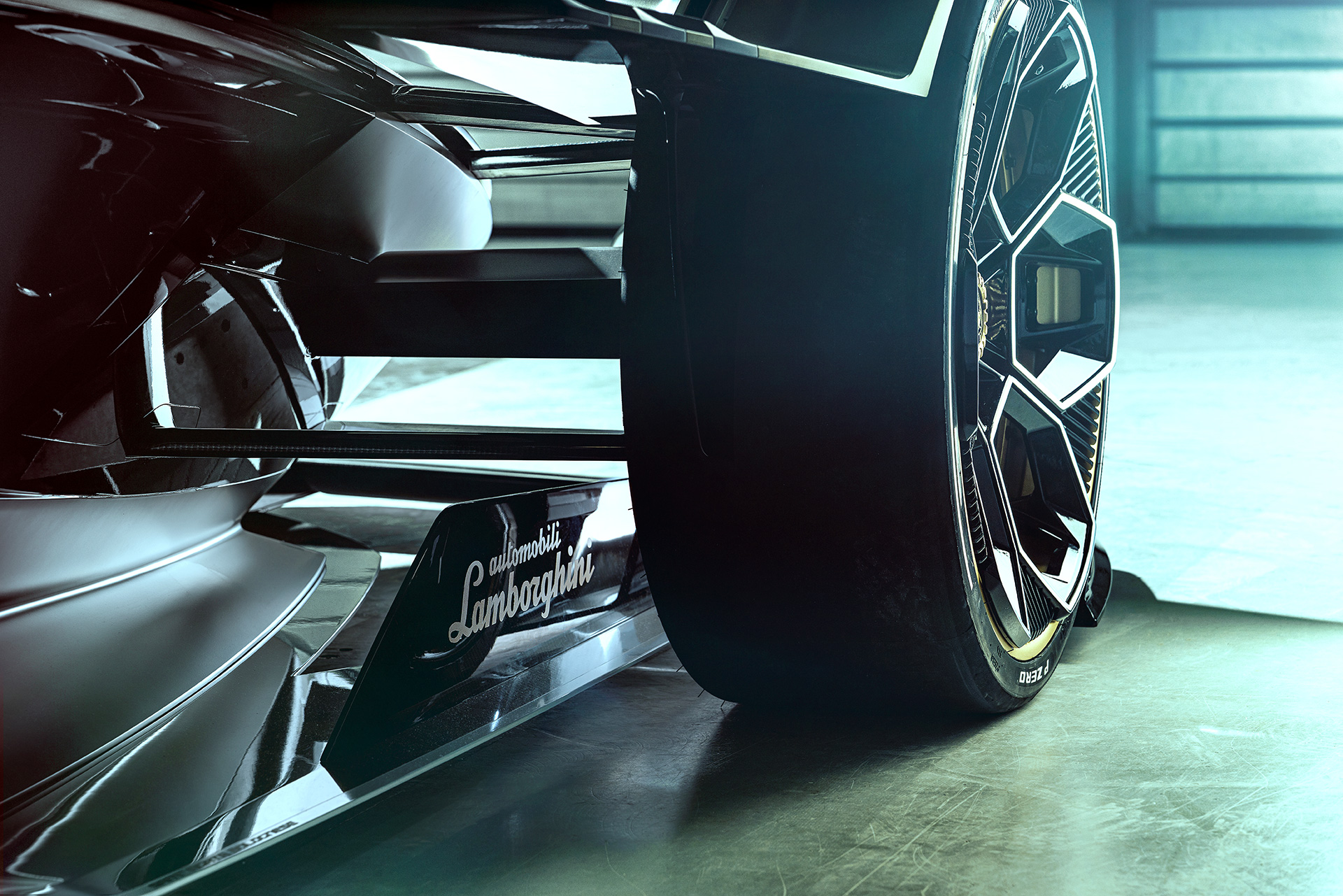 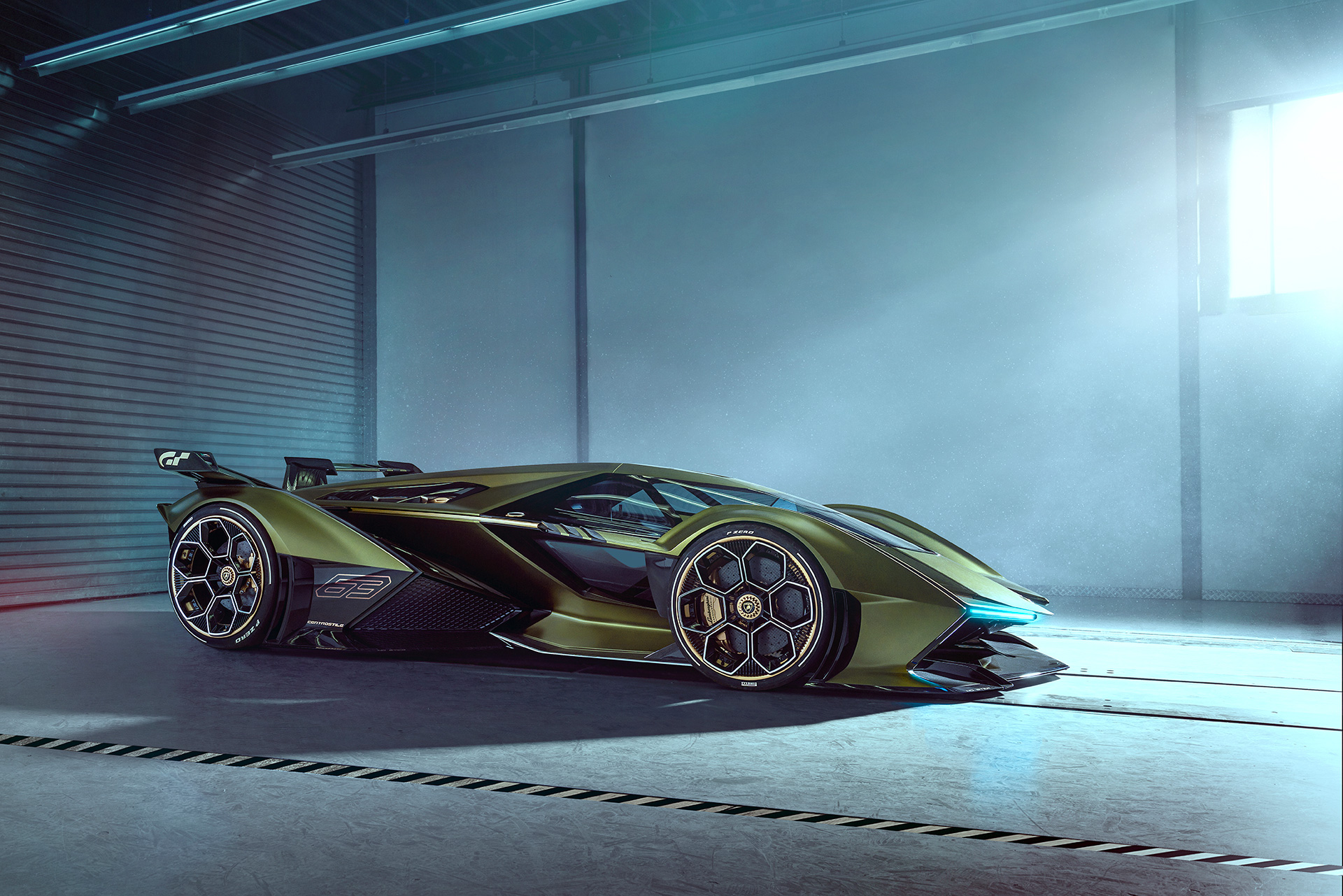 “Lamborghini is a very young brand, and this is why we are here today to present our newest virtual vision in the form of a real model, with a highly futuristic and cool design to be enjoyed by the young generation of racing-game and super-sports car enthusiasts.”

“The Lambo V12 Vision GT is created to provide the ultimate virtual car for young fans and gamers, who are ultra-enthusiastic about Lamborghini and its futuristic aspirations. It is an opportunity for the design talent within Lamborghini to stretch its wings and visualise a car that, like every Lamborghini, is a head-turner and the best driving experience, but also mirrors Lamborghini's push on future technologies, particularly in the arena of lightweight materials and hybridisation.”