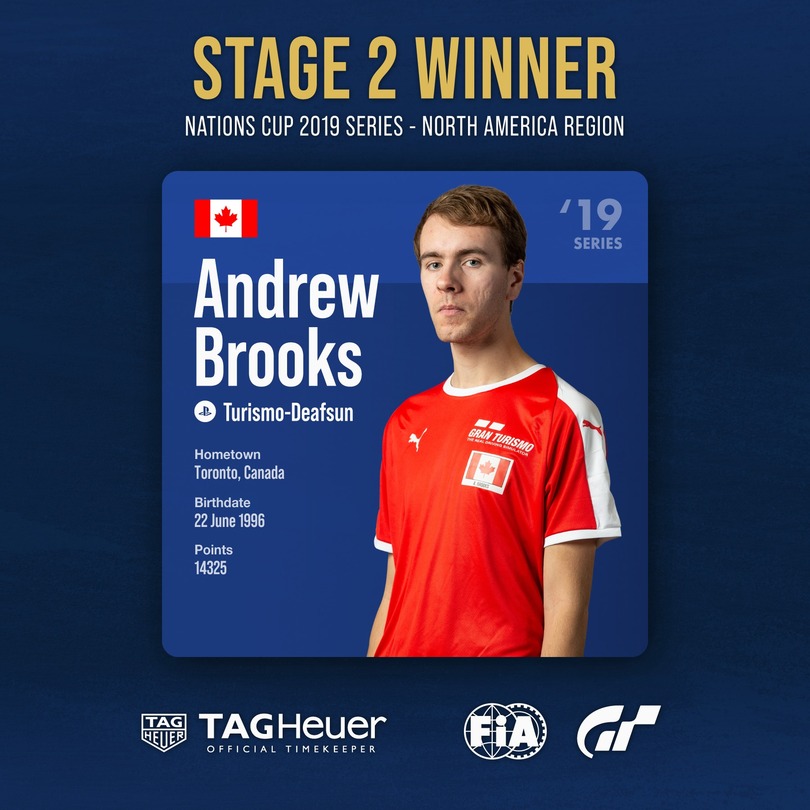 May 1st marked the start of Stage 2 in the North America Region. Having proven his strength in Stage 1, Turismo-Deafsun entered Stage 2 looking to replicate his previous success.
Despite scoring quite well this time, he wasn’t able to improve upon his already impressive total from Stage 1.

From a respectable 2nd place in the overall point rankings, America’s CAR_Lamb was able to earn 2733 points in Round 12 on May 4th .

In Round 18 on May 25th, CAR_Lamb and Turismo-Deafsun went up against each other head-to-head on the track, with CAR_Lamb besting his rival and earning himself 3011 points, further legitimizing his claim for a place at the top.
However, in the following round, CAR_Lamb found himself unable to surmount the mountain of points that Turismo-Deafsun had built up.

Despite not being able to improve upon his point total from the Round 18 race this time around, Turismo-Deafsun’s large lead from Stage 1 was enough to keep the wolves at bay, seeing him still resting comfortably at the top at the end of Stage 2.