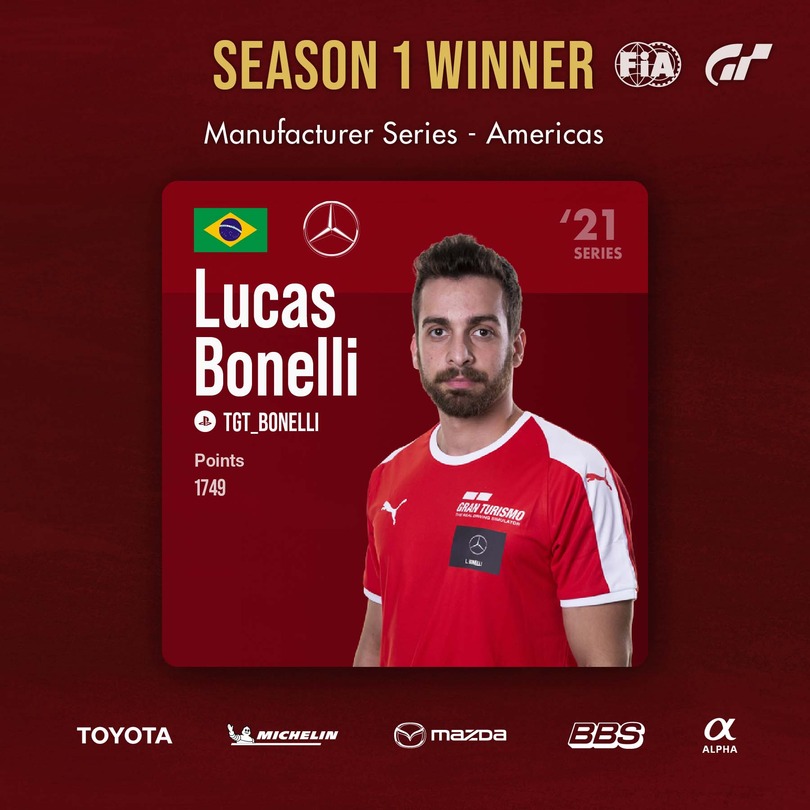 The Americas region pits drivers from North, Central and South America against each other, and competition between Mercedes-Benz's Bonelli (TGT_BONELLI), Porsche's Inostroza (YASHEAT_Loyrot) and Toyota's Fraga (IOF_RACING17) would prove to be fierce.

Inostroza scored a very impressive victory in Round 1, coming from sixth place on the grid to finish in first. Bonelli followed this up with a season-best 445 points in Round 2, moving to the top of the leaderboard in the process.

Bonelli couldn't keep this up, however, and Inostroza and Fraga took full advantage, with Fraga moving to the top of the standings after Round 4.

Things got even worse for Bonelli in Round 5, when he was defeated by Volkswagen's VRBT__Amarok23.

Bonelli started to turn things around in Round 6. Having started the race in pole position, he soon found himself locked in a fierce battle with his fellow Brazilian, Audi's Neto (Sparta_HellzFire). On the final lap, Bonelli managed to overtake Neto and cross the finish line in first place, ending his mid-season slump in spectacular fashion.

Bonelli carried this fine form into Round 7, winning the race and reclaiming top spot in the standings.

Bonelli skipped Round 8, and Fraga used the opportunity to lay down a marker, claiming a very impressive 421 points. A good total, but not enough to trouble Bonelli at the top of the leaderboard.
In Round 9, Bonelli won again, securing the season title with a race to spare!