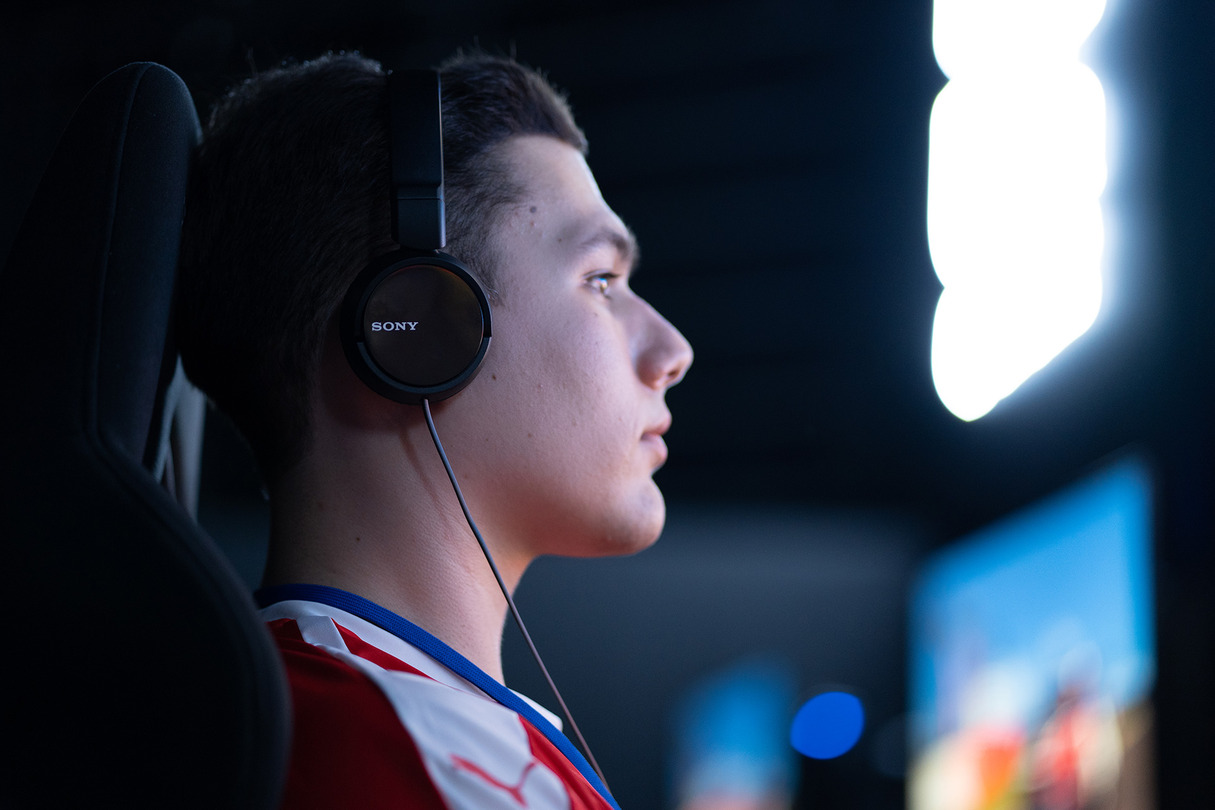 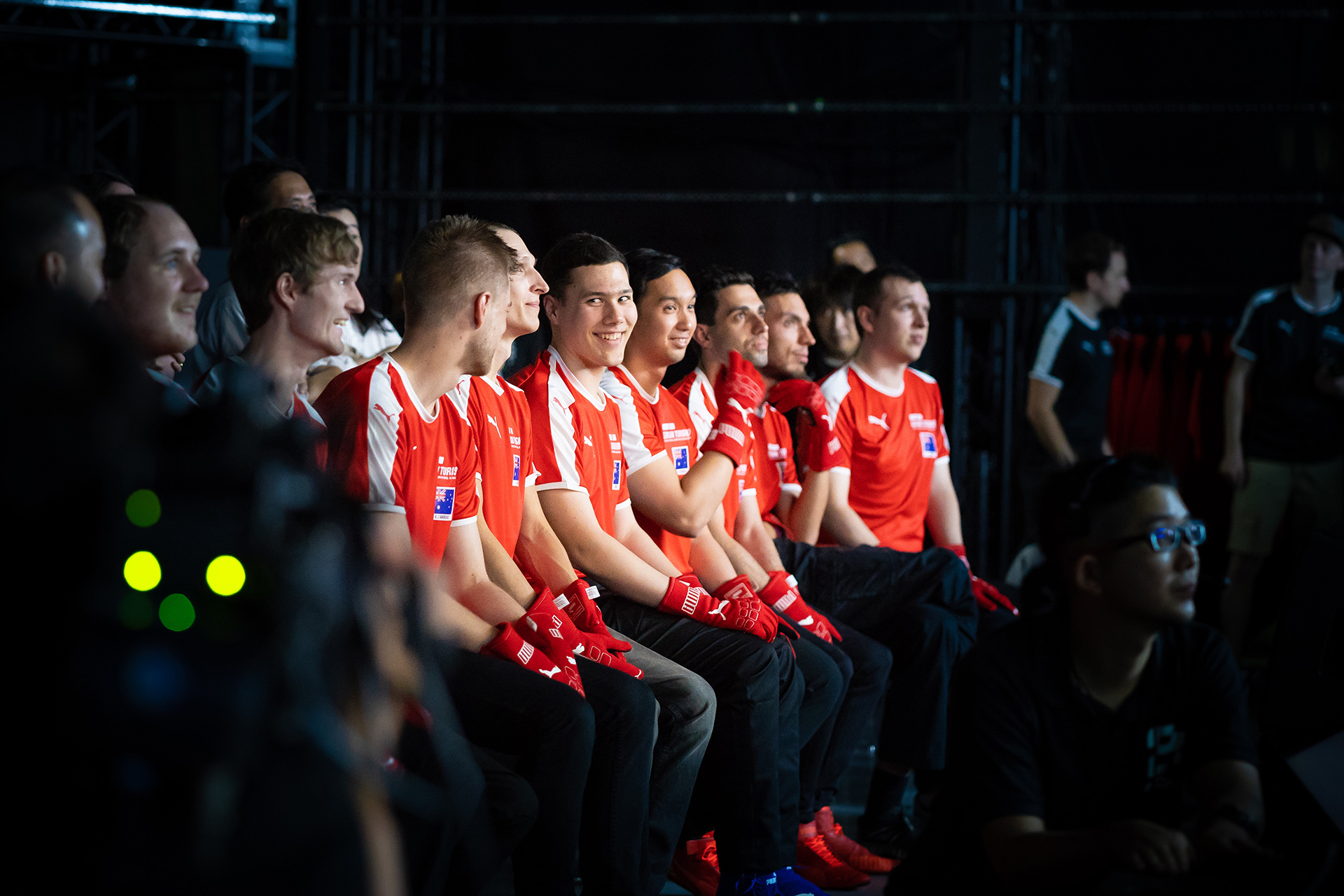 The second block saw Australia’s top 10 drivers go head-to-head, as they fought to become one of the top two finishers who were guaranteed a place in the World Final. The others would get a second chance in a repechage, where one would advance.

For this race, the Australians raced on their home turf at the Mount Panorama Motor Racing Circuit, in Gr.3 machines.

The odds-on-favorite to win this block was Cody Nikola Latkovski. In the previous Online Series, he was unable to register as a Star Player as he was under 18, but he did show amazing strength in the test seasons.

This time, Latkovski turned 18 just in time to qualify for the Regional Final in Japan. 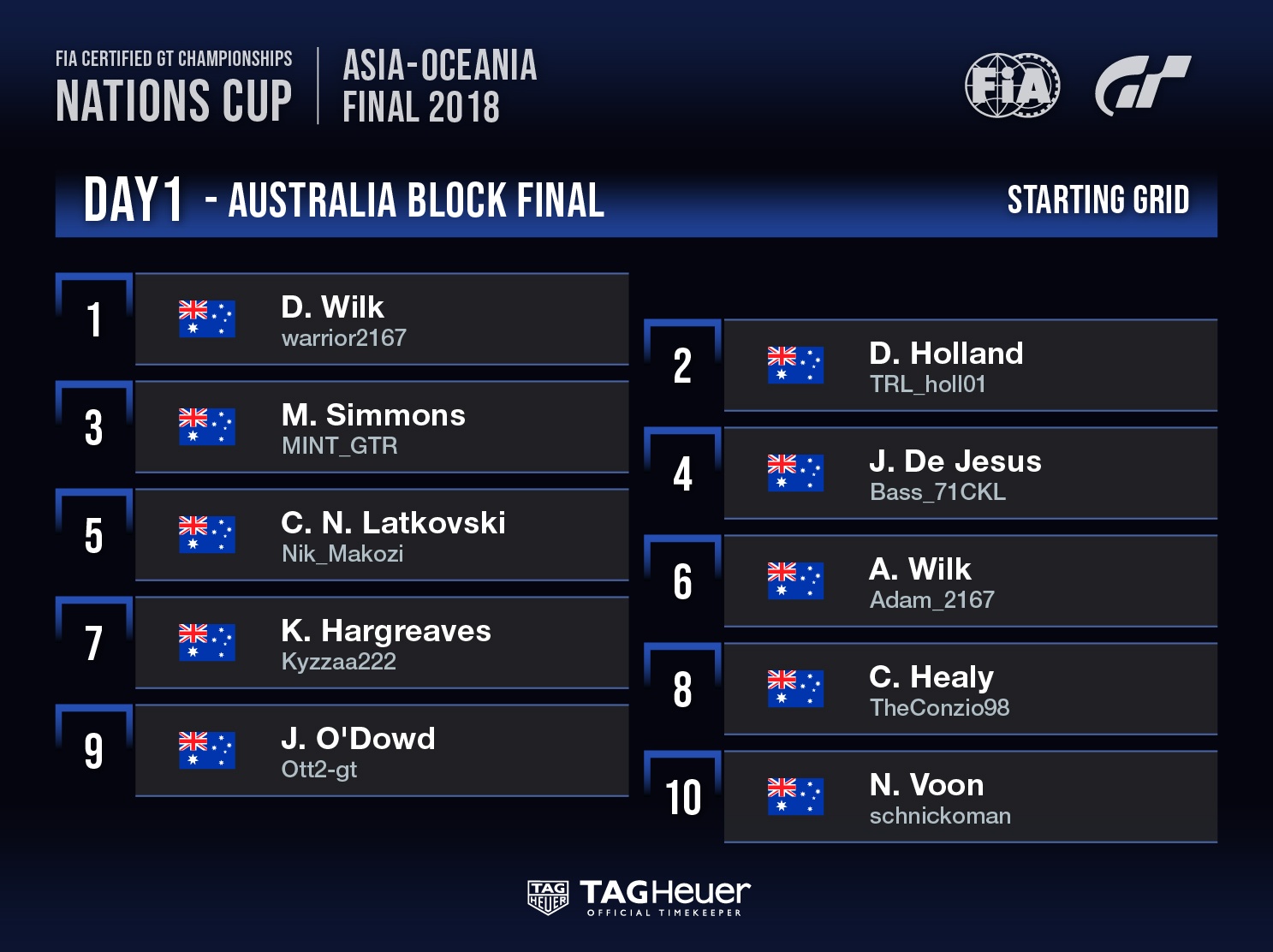 The starting grid was determined by the players’ online rankings. Sitting on pole was David Wilk (warrior2167) in an F-Type Gr.3, starting the race on Soft compound tires. Latkovski (Nik_Makozi) driving a Vantage Gr.3 started in the fifth position on Medium compound tires.
The first corner saw all the cars get through safely, with each driver seemingly not wanting be involved in an early incident. This surprised some as the Australians have become known for their aggressive driving tactics. However, anyone looking forward to a multi-car pile-up at Turn 1 was left disappointed. 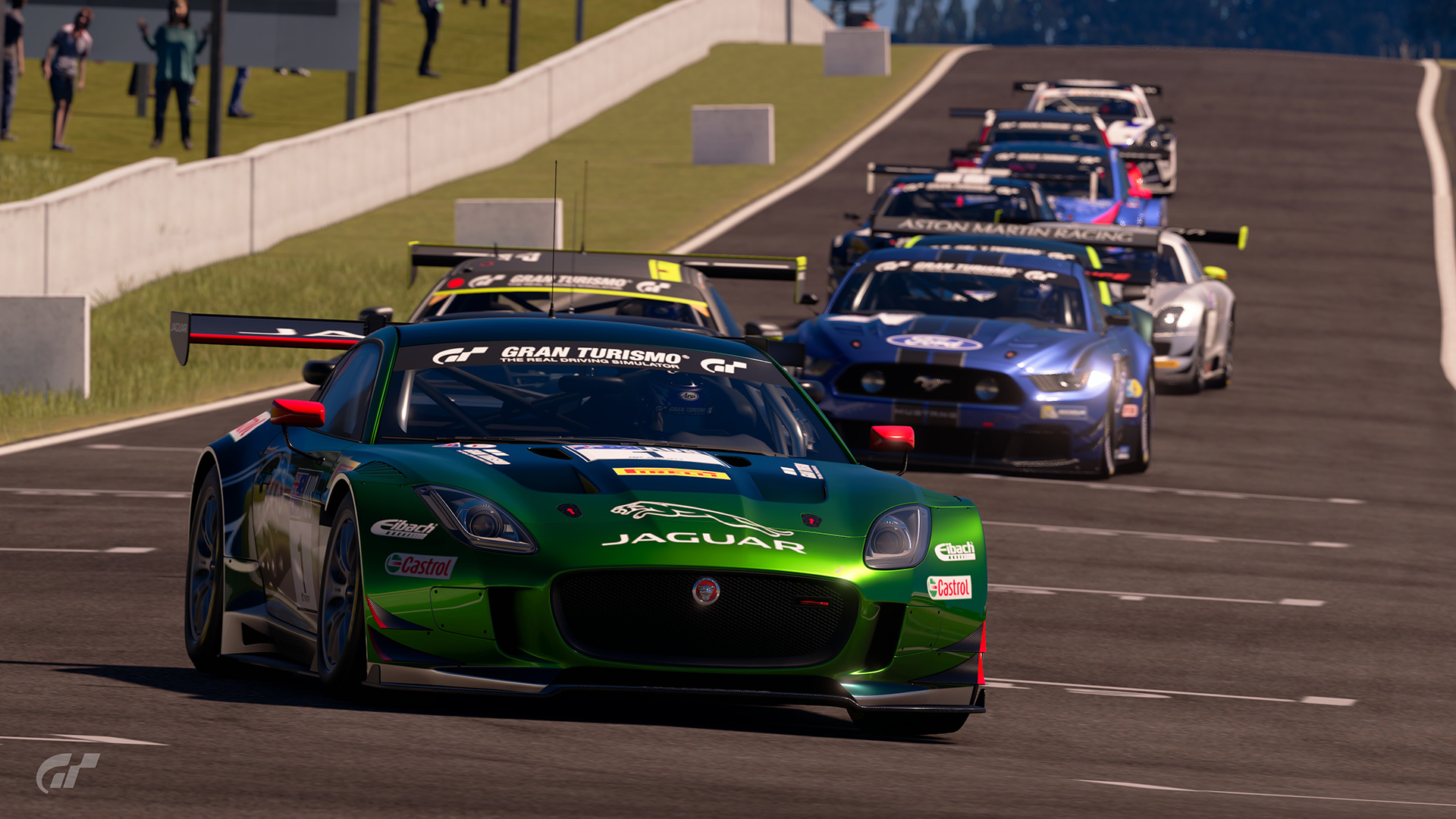 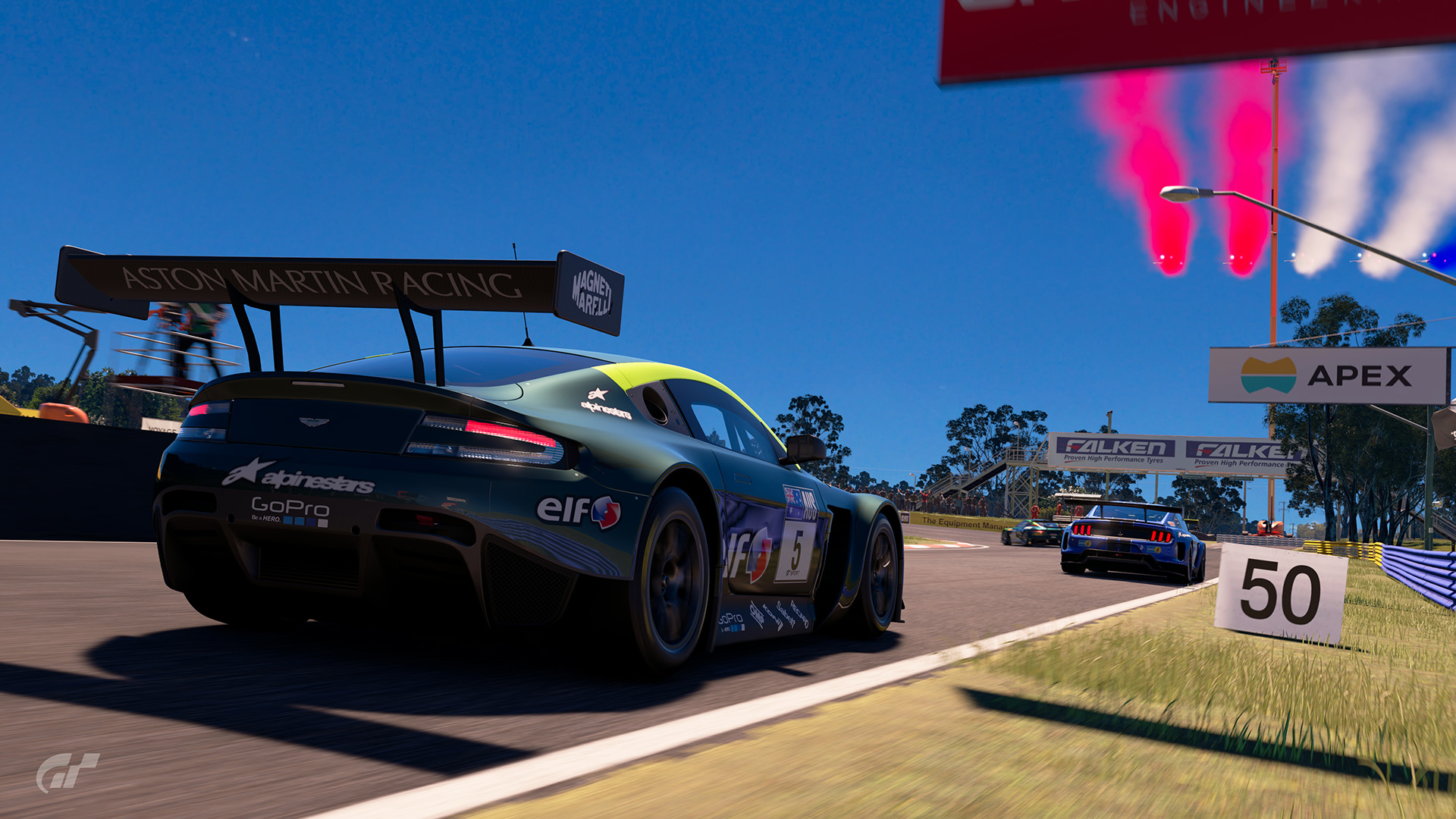 That didn't mean that everyone was playing nice. Nik_Makozi made a charge to get to the front of the pack, overtaking Joseph de Jesus IV (Bass_71CKL) in a Mustang Gr.3 on the fourth corner of the first lap to move up one position. 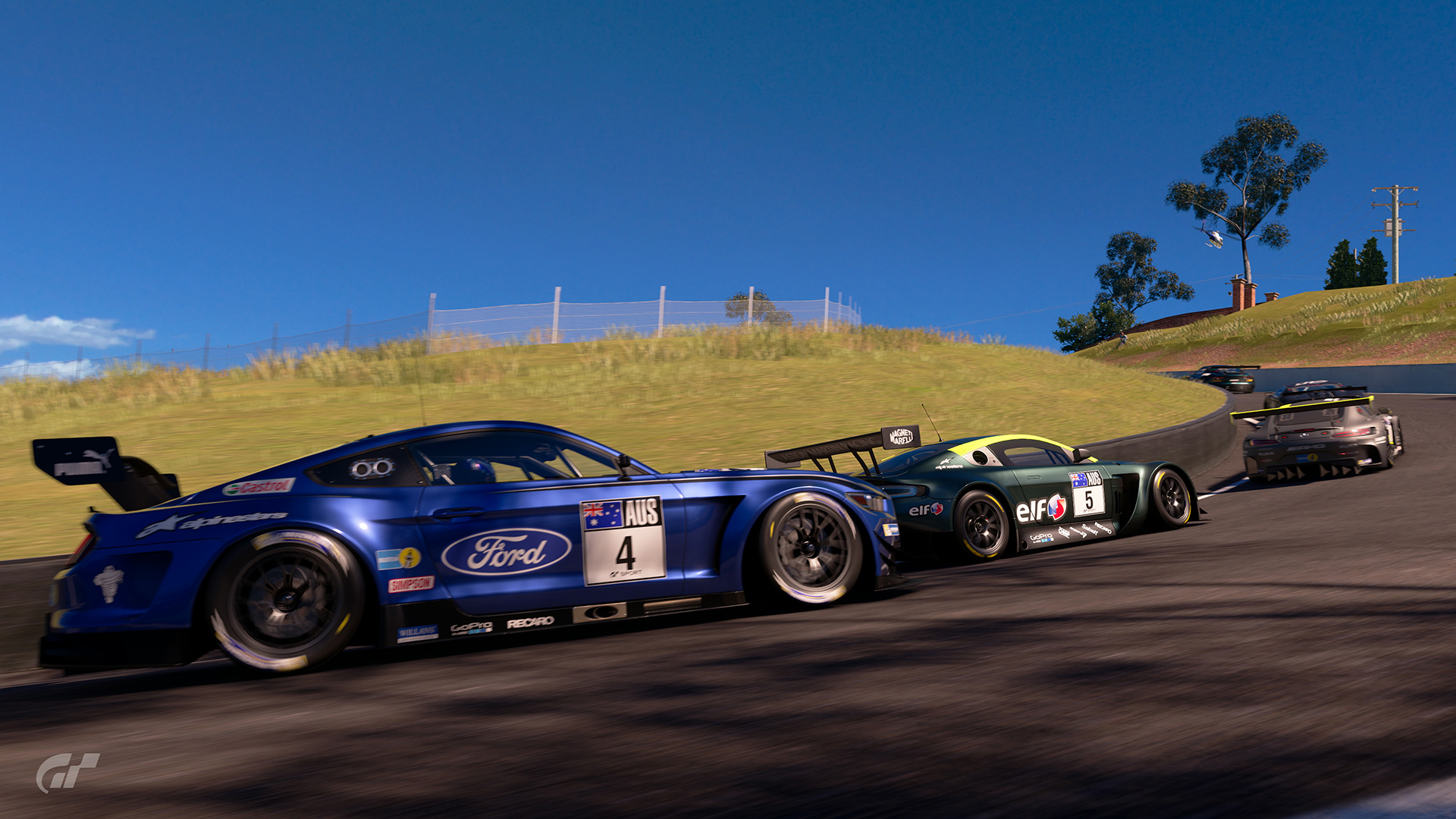 The second lap was where things really started to get interesting. The 2nd place car, driven by a member of sim-racing giants Team Red Line, Daniel Holland (TRL_holl01) in a Ford GT LM, hit the wall as he approached Turn 4.

This allowed Matthew Simmons (MINT_GTR) in an AMG GT3 and Nik_Makozi to move up the running order. 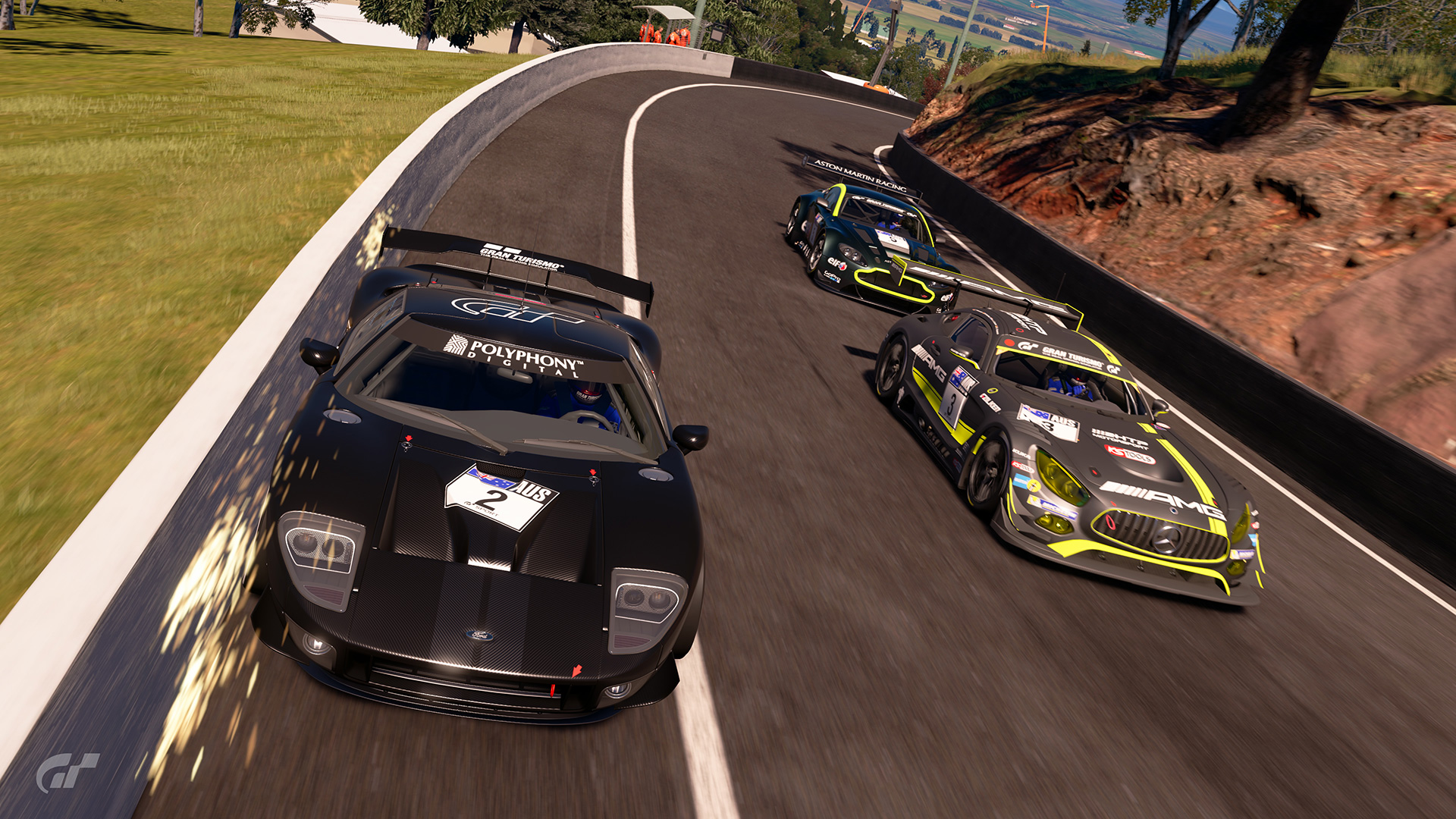 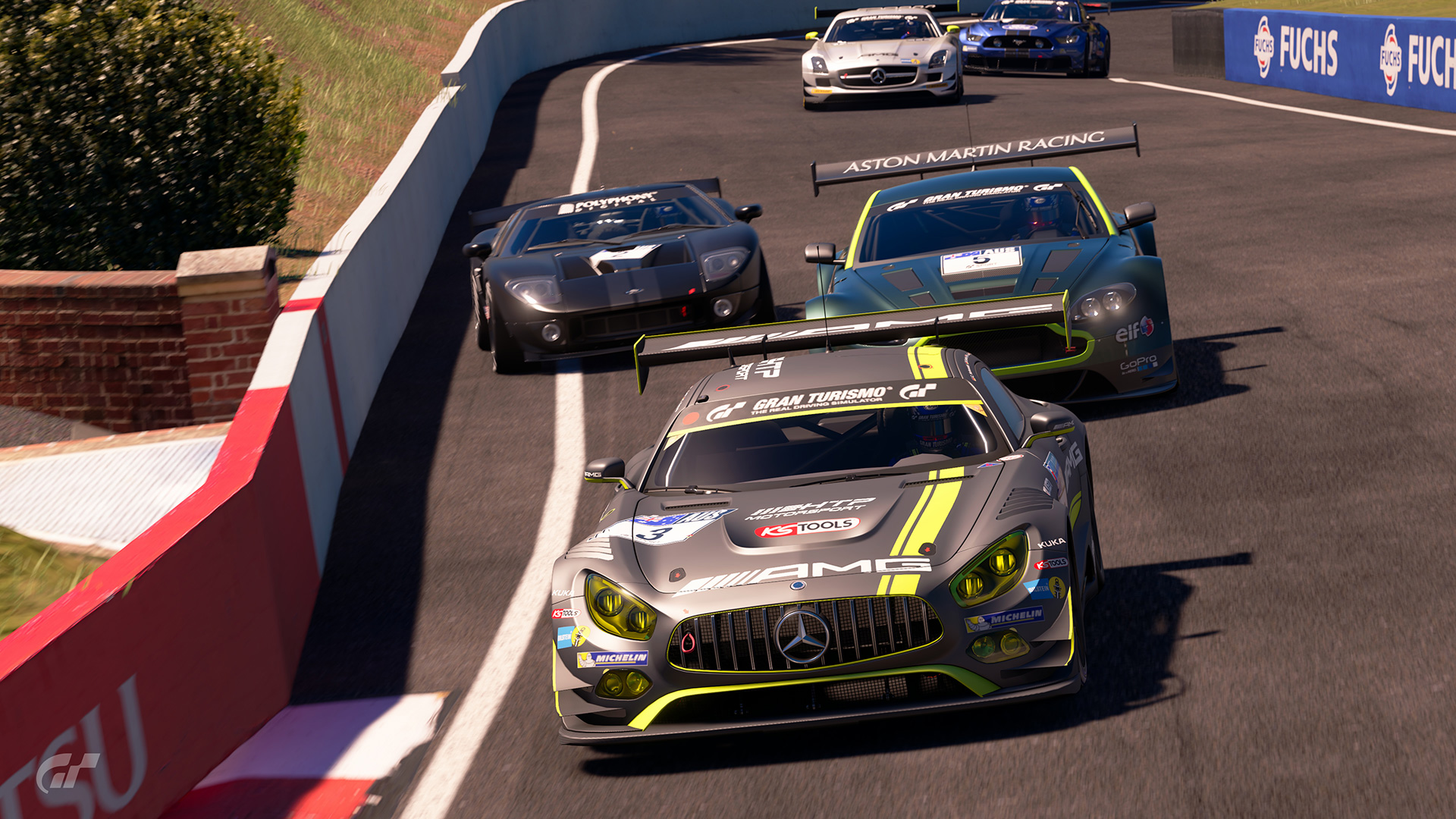 Nik_Makozi kept a quick and even pace, and was able to grab 2nd place on the back straight on Lap 3. 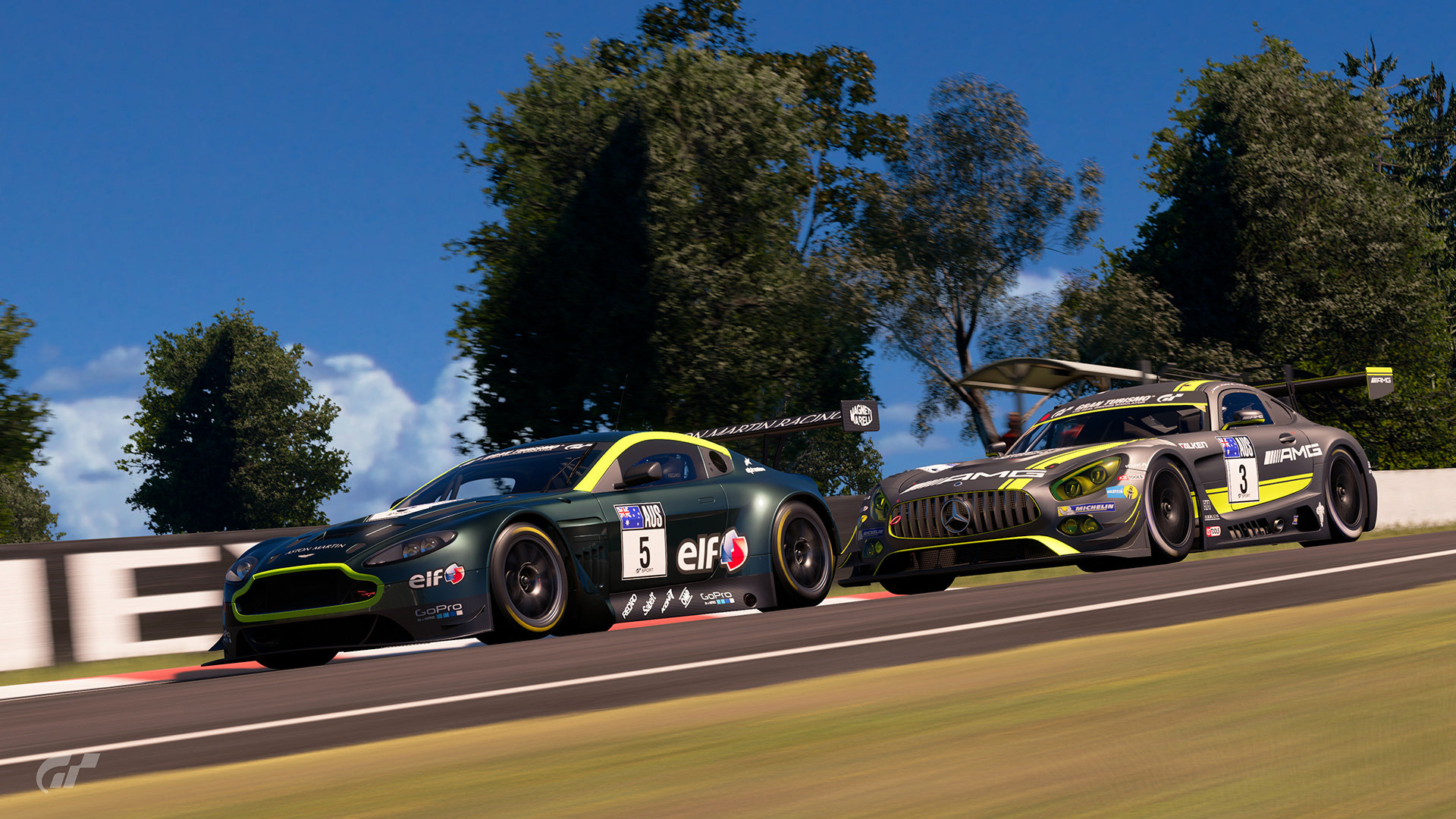 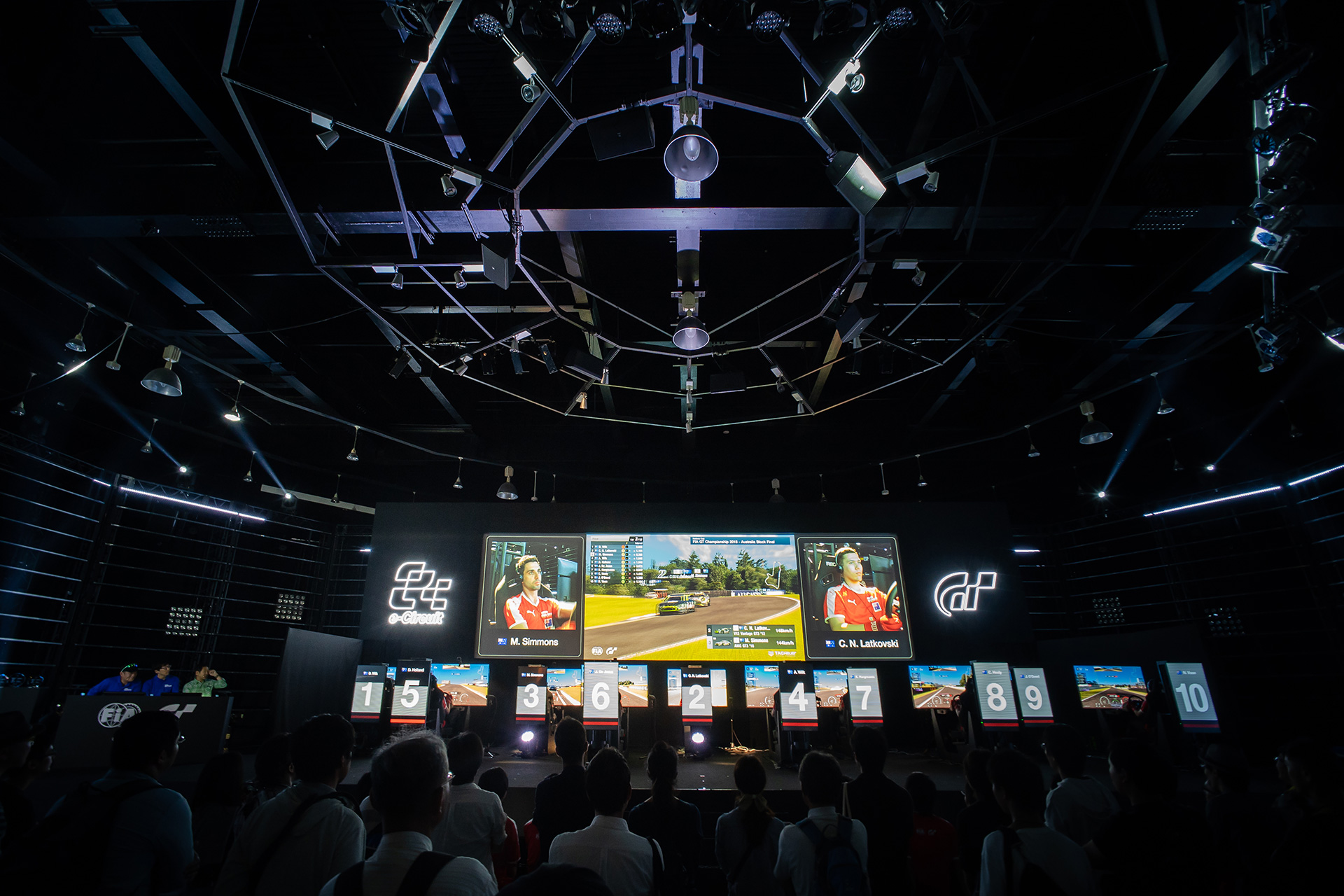 On Lap 4, the top three cars entered the pits. 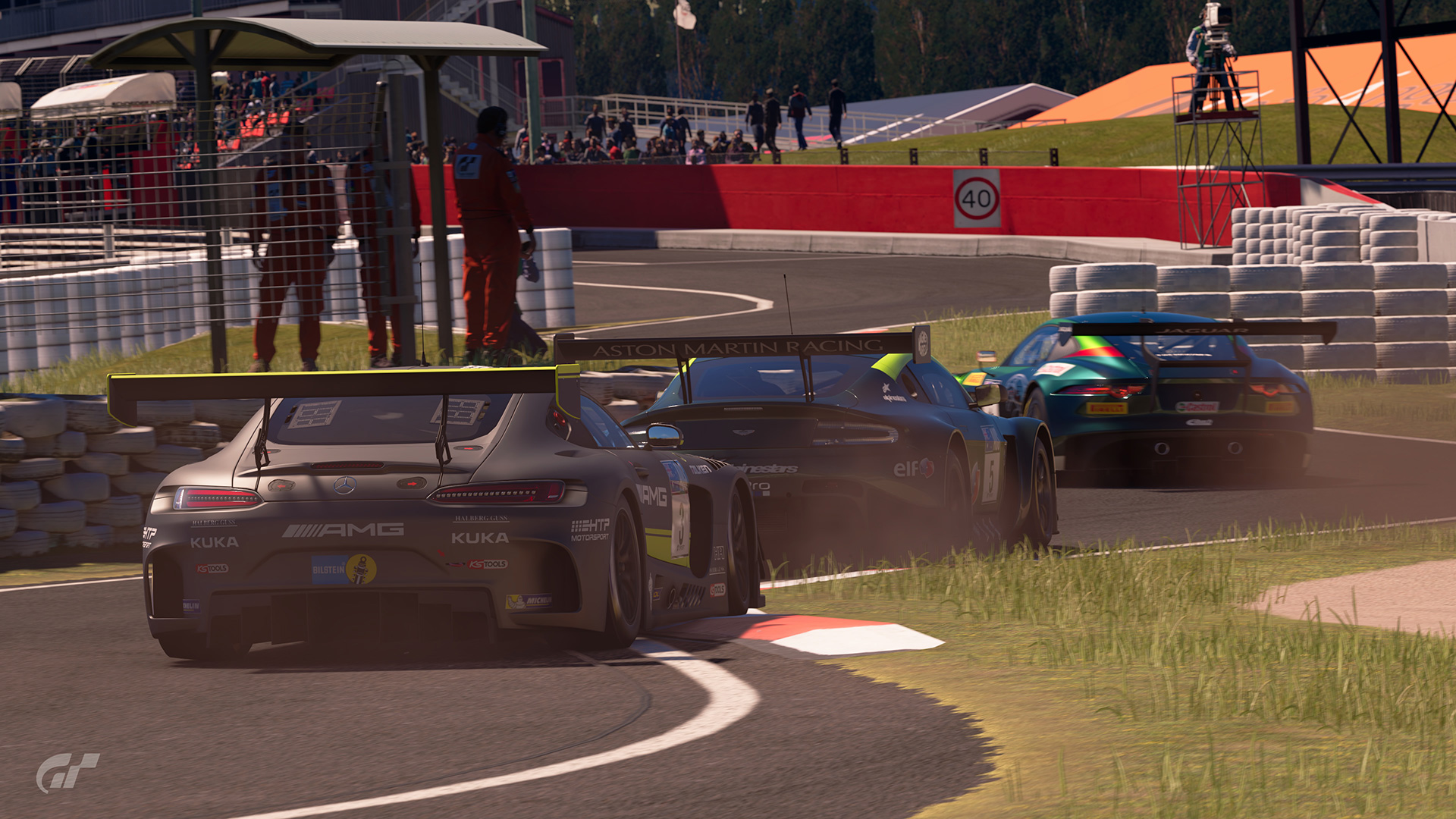 Each one of them chose a different strategy: warrior2167 switched to Medium compound, while Nik_Makozi switched to Hard compound, and MINT_GTR opted to go with Soft compound rubber.

Although the Hard compound tires had the least grip, Nik_Makozi was able to make his way efficiently through traffic after leaving the pits. 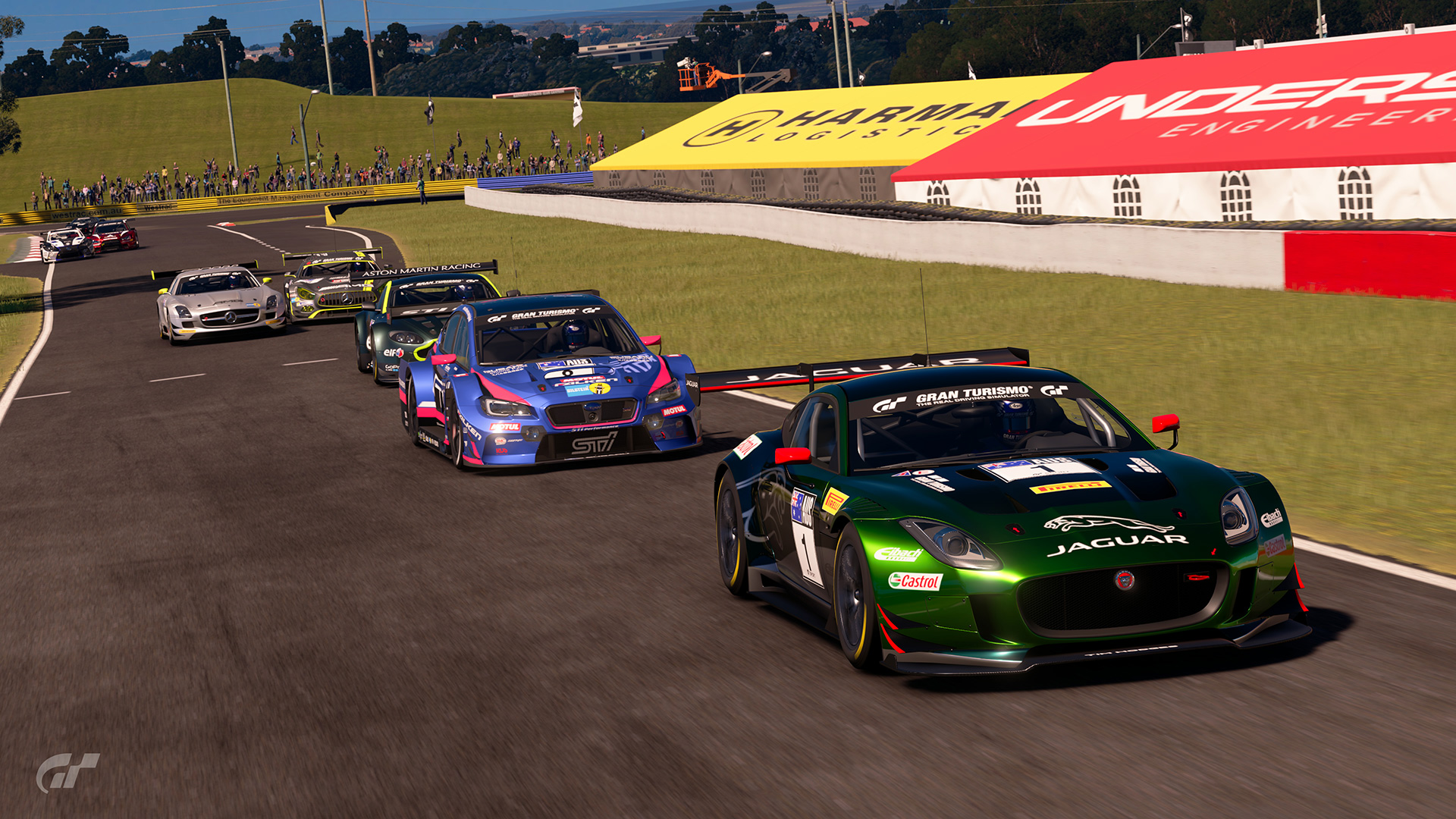 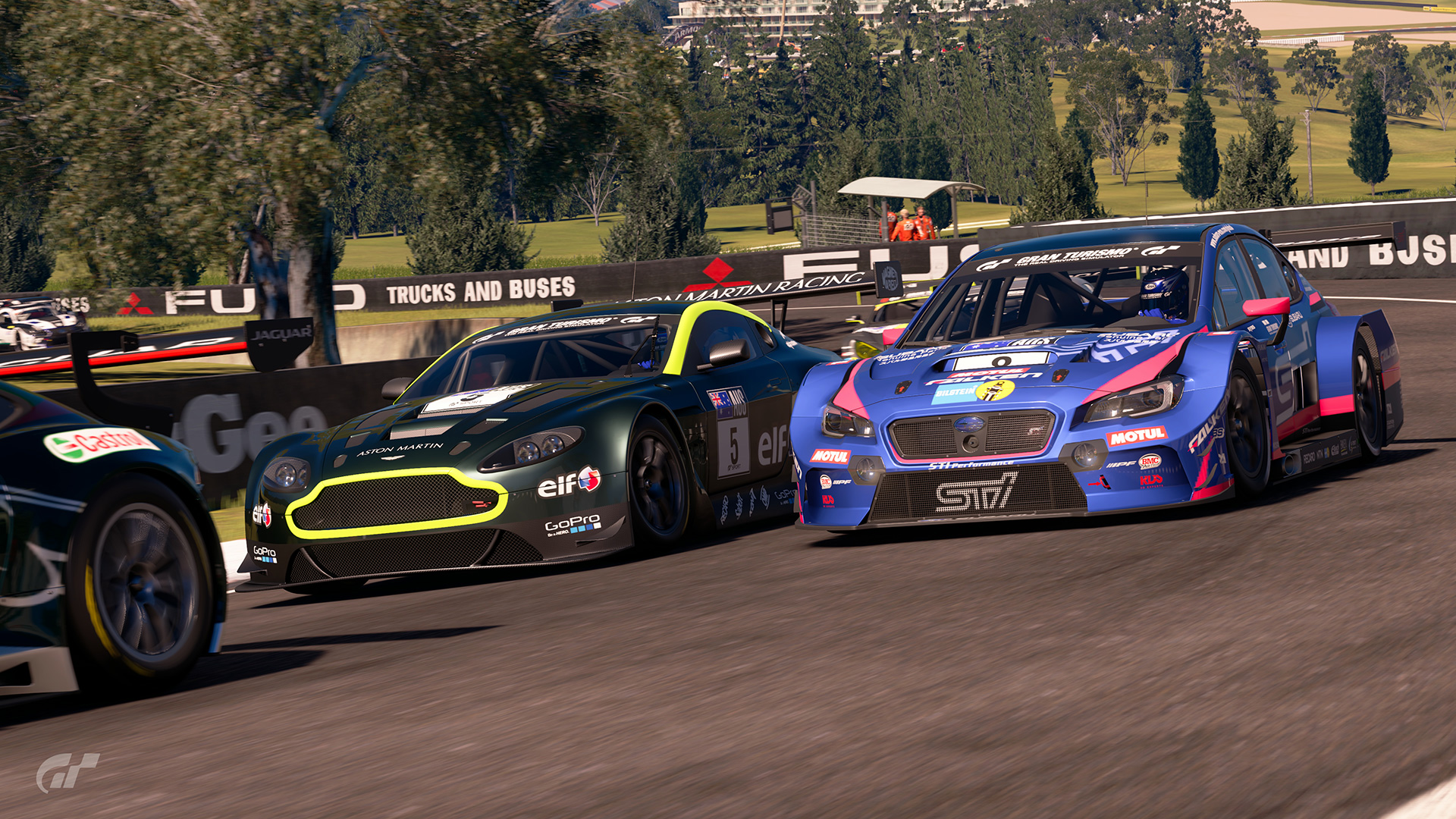 Nik_Makozi found his rhythm and overtook warrior2167 on the back straight to take the lead.

Excited cheers from the crowd filled the arena as they watched Nik_Makozi, who was on the Hard compound tires, out-drive the others running with Medium compound tires. He was certainly putting on a show, and the audience ate it up. 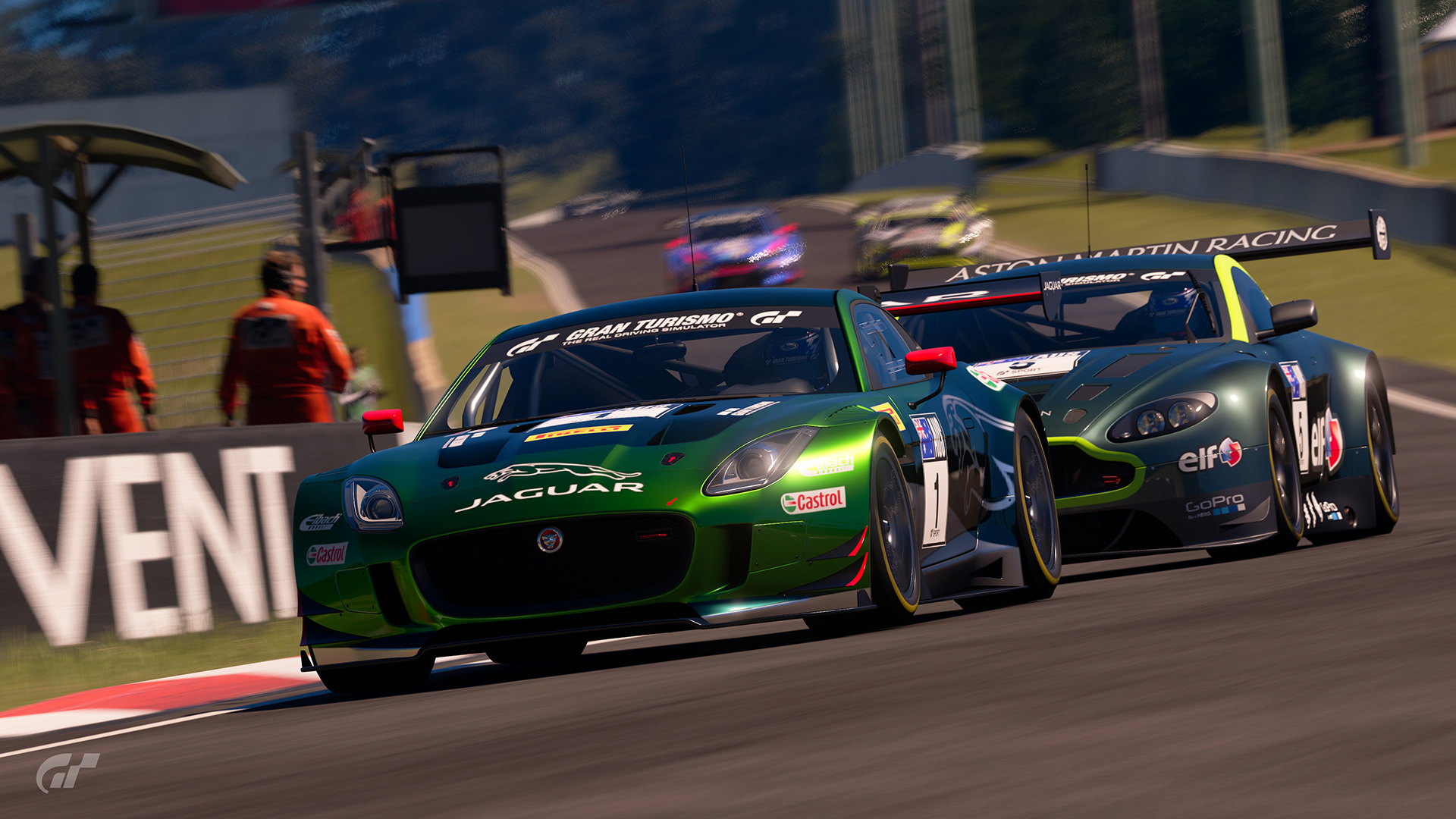 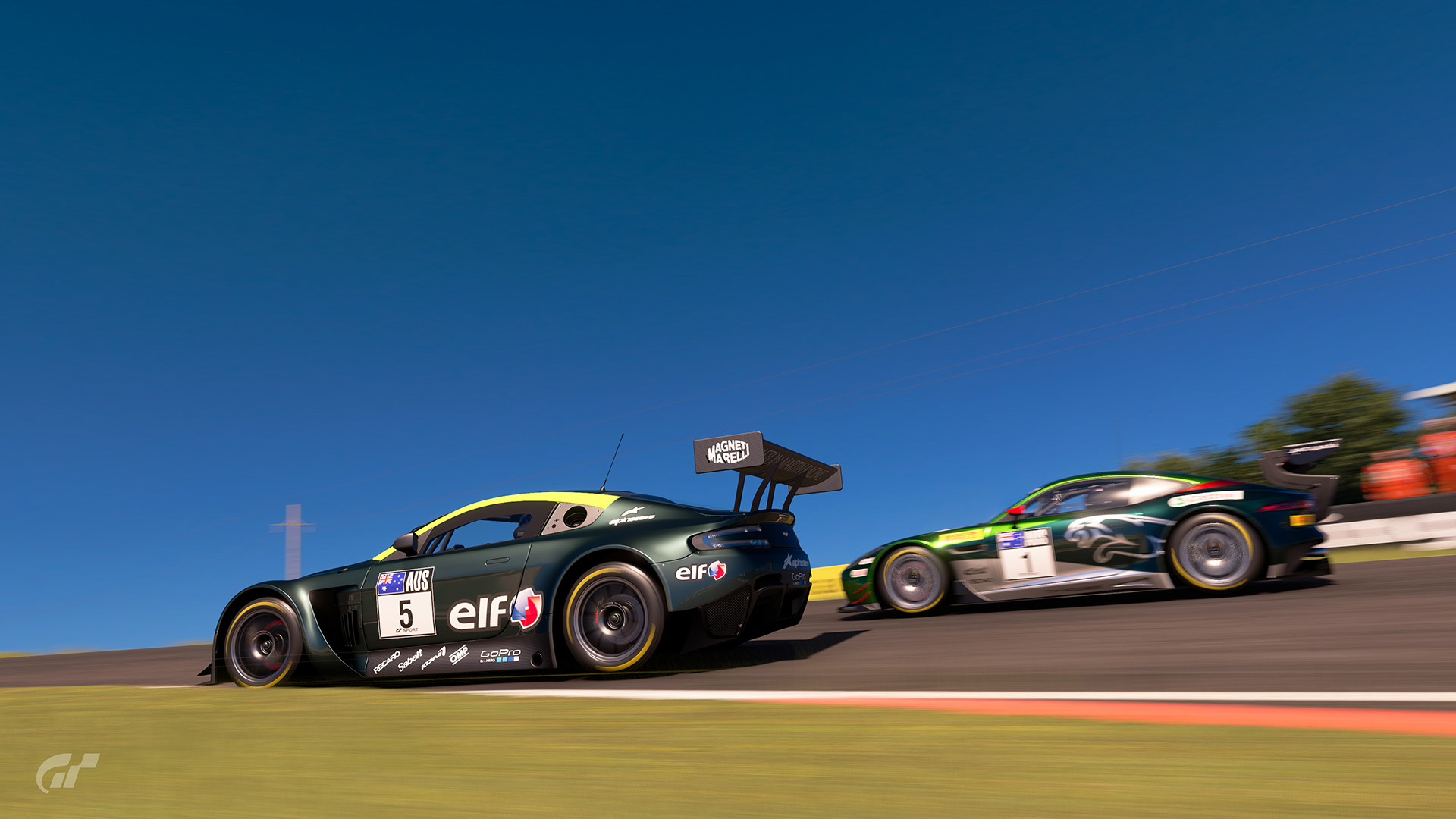 MINT_GTR pitted for the final time on Lap 7, returning to the race in 5th place where he was caught by Bass_71CKL.

On the next lap, warrior2167 pitted, and when he made his way back on the track, he found himself behind Bass_71CKL, with the gap between 1st place and the rest of the field widened.

MINT_GTR passed Bass_71CKL on the first half of the circuit, but warrior2167 couldn't make his way around traffic until the end of the back straight, and fell behind the two top cars even further. 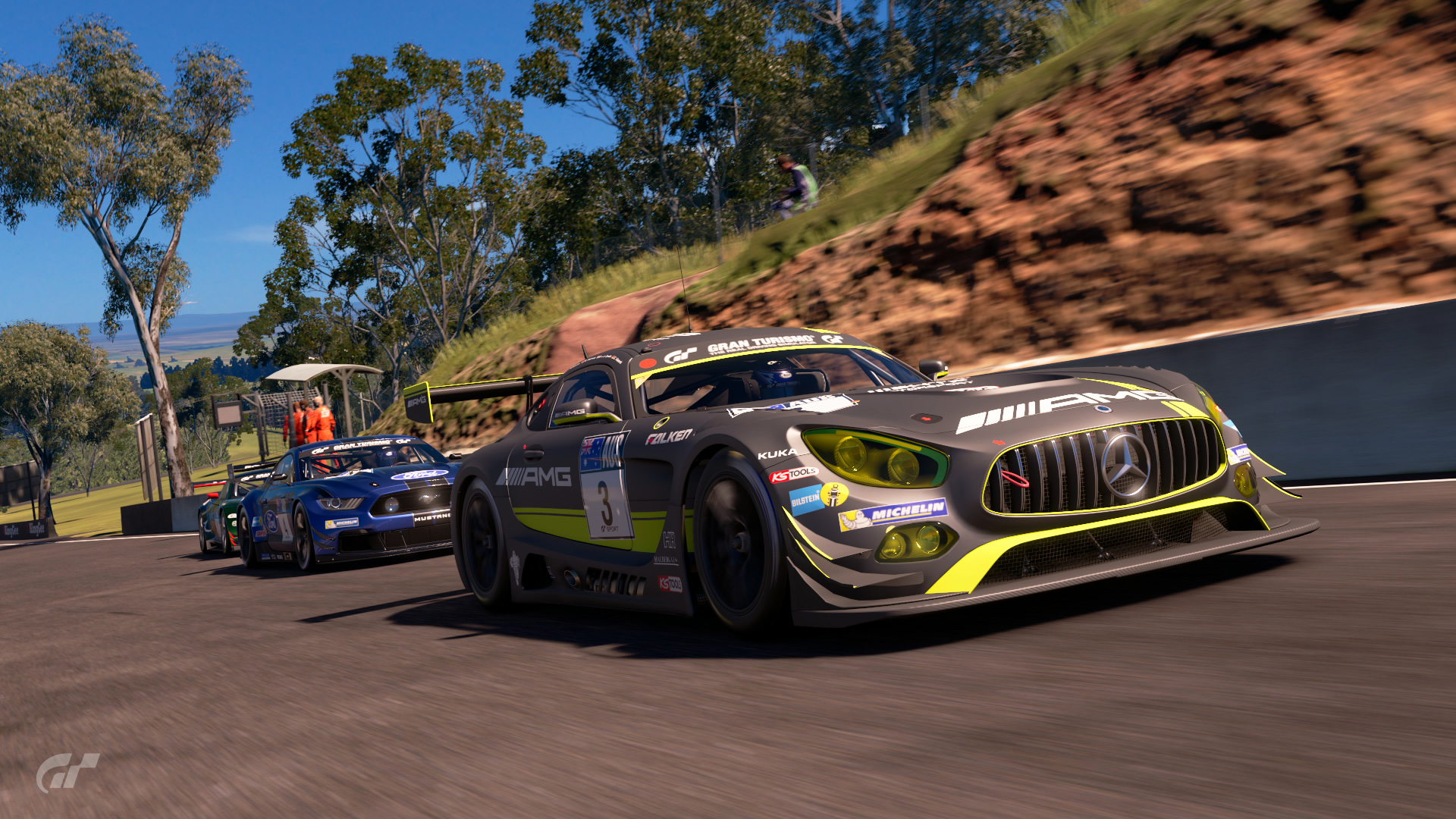 On Lap 10, after having led for the majority of the race, Nik_Makozi made the switch to Soft-compound tires, which he had been saving for the final pit stop. Re-joining the race in 3rd place, Nik_Makozi had no trouble in reeling in the two cars in front, both of which were running on Hard-compound tires. 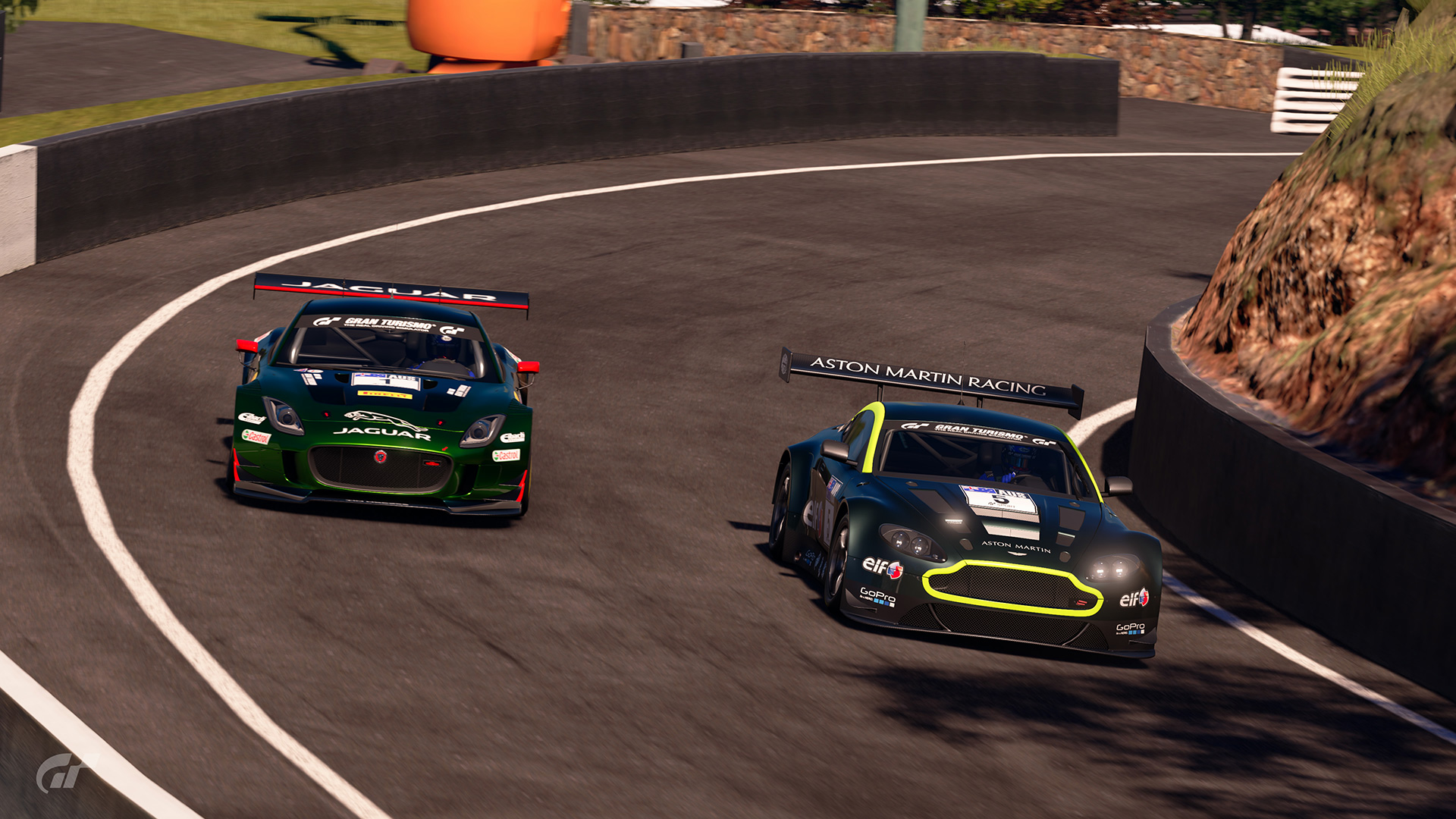 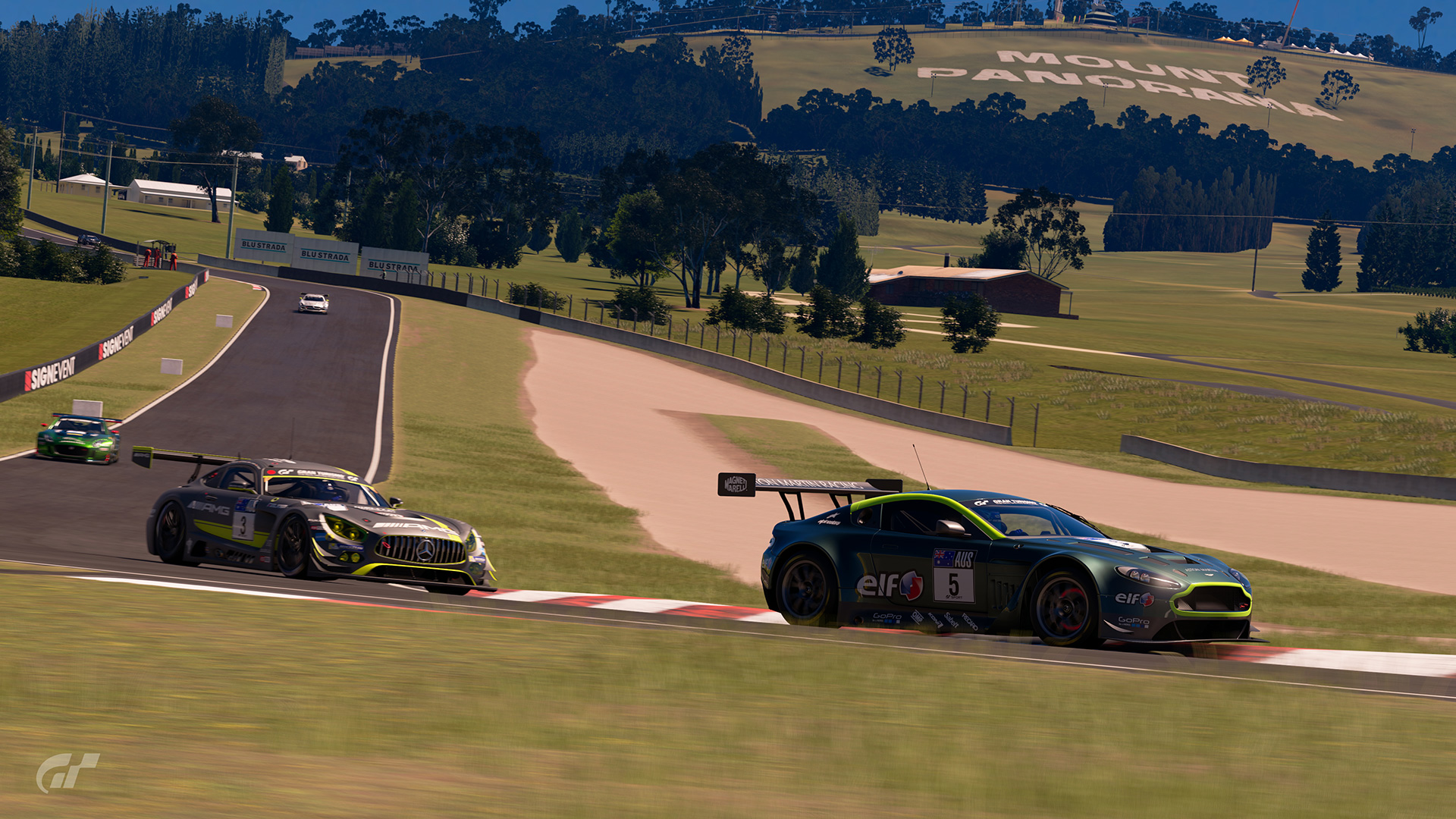 As had been predicted, Nik_Makozi took the checkered flag. Although he was unable to participate in the Online Season "Top 24 Superstars" race, Latkovski proved on this day that he belonged with the elite drivers of the world, and now he has a chance to show the other top players that he is ready to take his place among them. 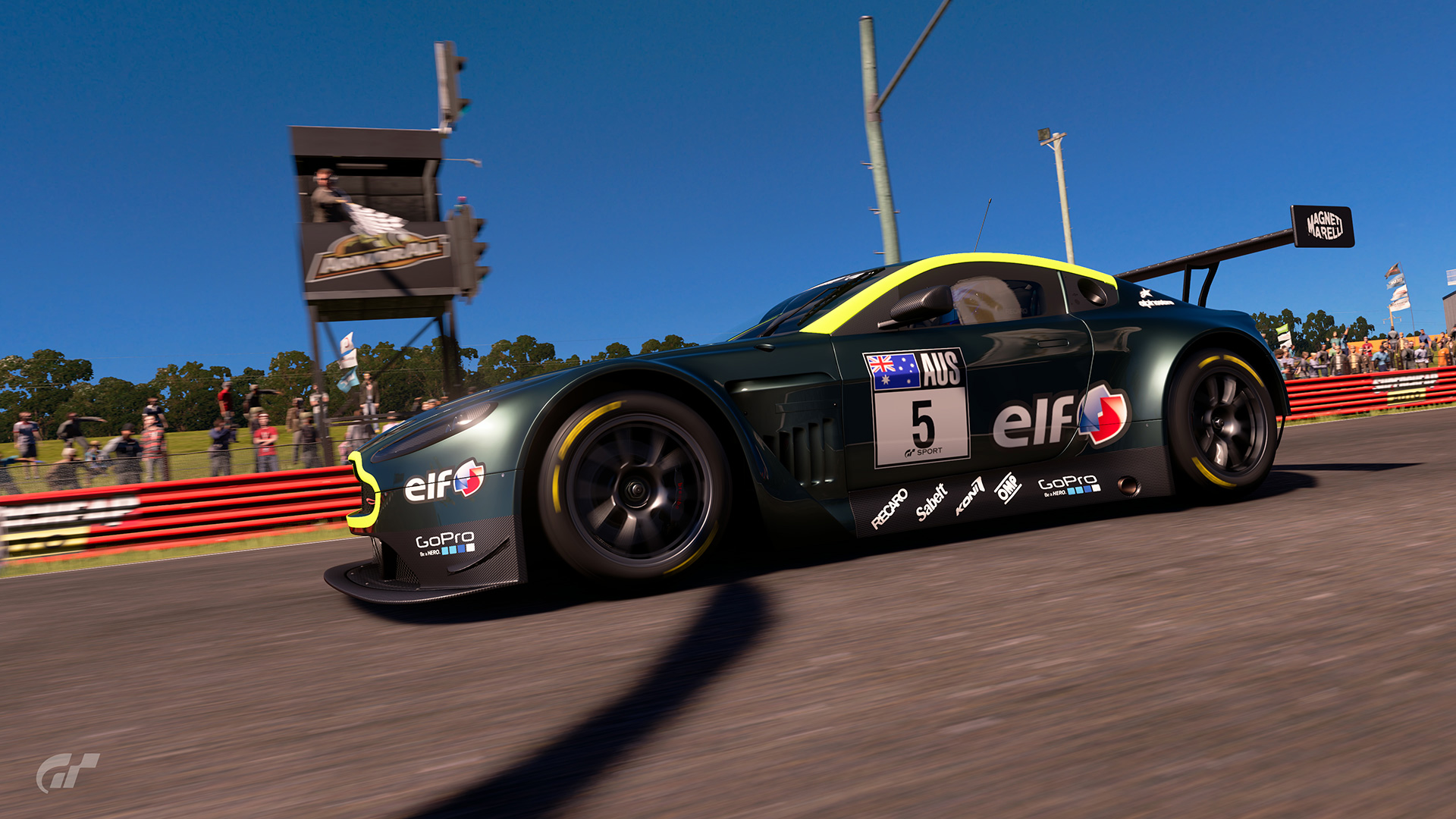 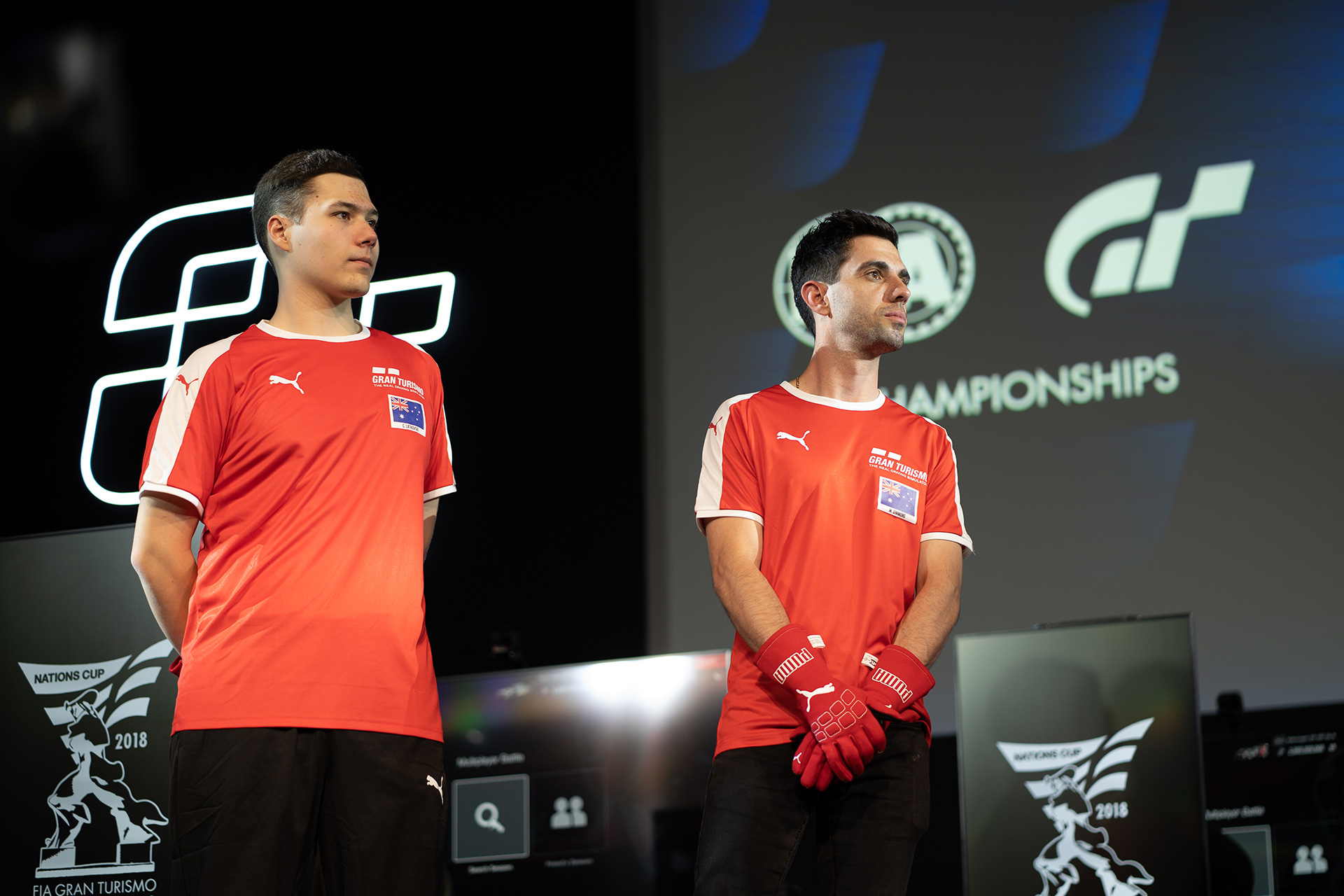 MINT_GTR took 2nd place after a furious challenge by warrior2167, but he was able to hold on, forcing warrior2167 to obtain his ticket to the World Finals through the repechage bracket. 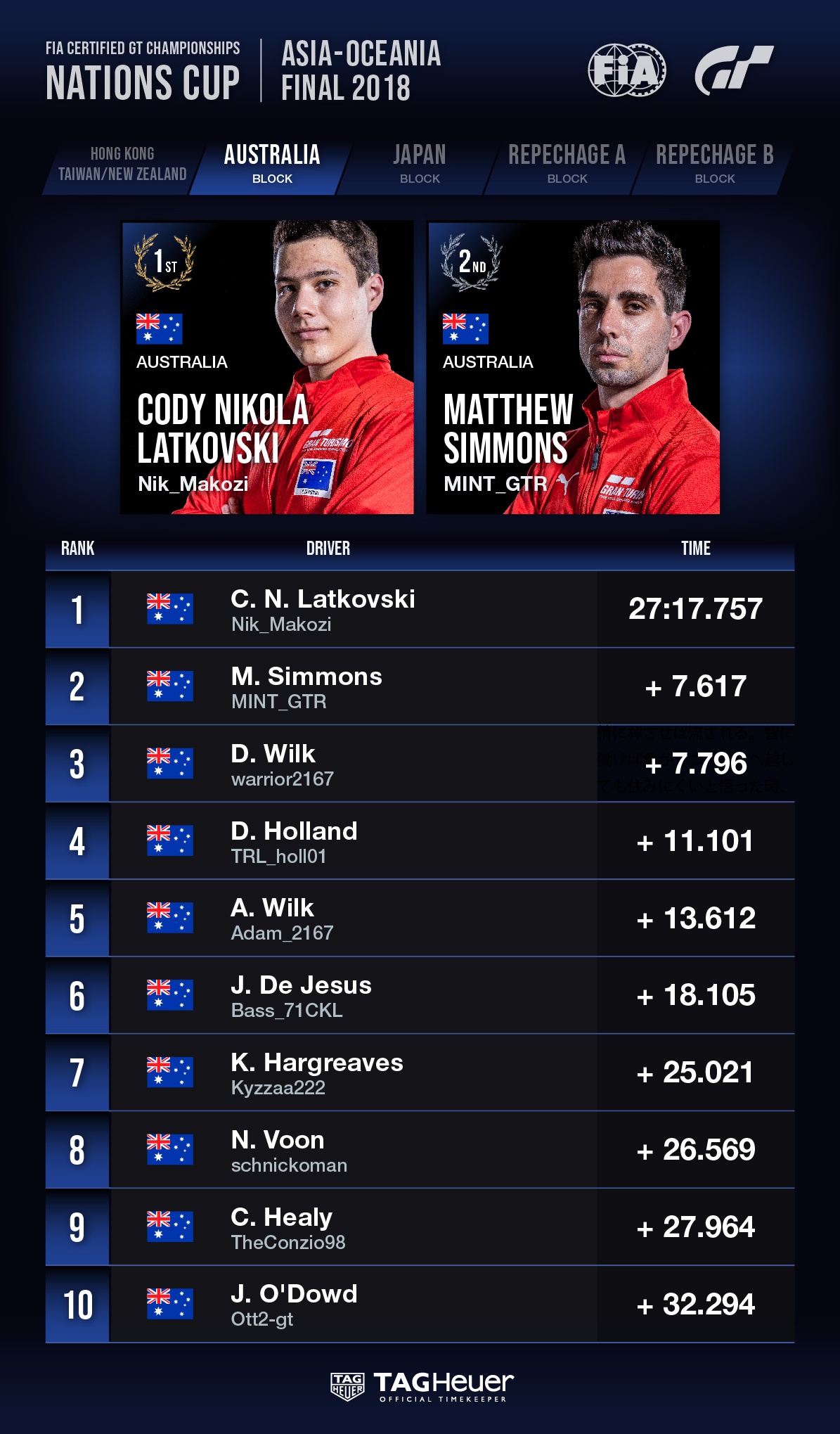