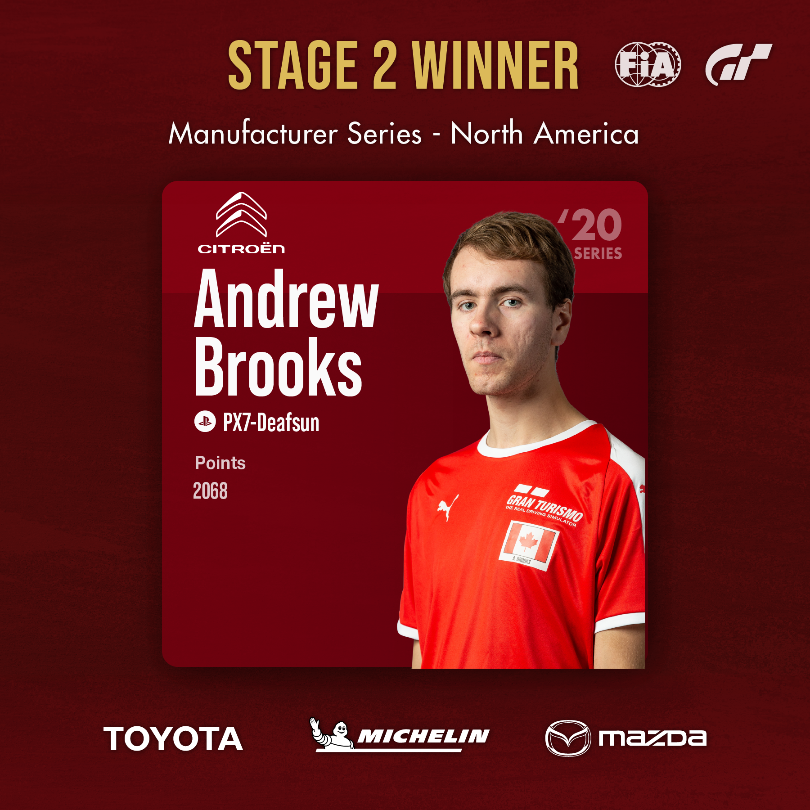 The second stage of the 2020 Manufacturer Series got underway on July 4, with Citroën's Andrew Brooks (PX7-Deafsun), who won Stage 1, getting off to a less than desirable start. He failed to add any points to his total until Round 16, and even then his score of 399 was eclipsed by other drivers who'd earned 400 or more. This left him looking nervously over his shoulder as the stage drew to a close.

One of his main rivals, Subaru's Daniel Solis (PX7-Lamb), fared better in Round 16, scoring 468 points to keep the pressure on Brooks and a shot at the title.

The final race of Stage 2 took place on the Nürburgring's 24h layout, with the contestants driving Gr. 3 cars.

Pole position was claimed by Porsche's Robert Heck (VQS_Robert), with Toyota's Armen Aghakhan (TRC_Stagger) joining him on the front row of the grid. The overall series leader, Brooks, was back in fifth.

The race featured a rolling start, and there was trouble right away. Network difficulties meant that the start of the race was delayed for all drivers from 7th place downwards. This meant that drivers who'd performed poorly in qualifying and were forced to start at the back part of the grid, including Solis and BMW's Randall Haywood (TX3_Originals), giving them virtually no chance of catching the race leaders.

The first big moment of the race occurred on the Döttinger Höhe straight, when Aghakhan overtook Heck for the lead. The race leaders went into the pits on the 2nd lap, and maintained their positions when they returned to the track. It was a tight race , with only 0.7 seconds separating 1st and 4th place.
Heck gave it everything he had on his final run through the Döttinger Höhe straight, trying to get past Aghakhan, but to no avail. Aghakhan ruthlessly defended his position and crossed the finish line first.

Despite finishing in 5th in this final round, Brooks had done enough in the first stage to remain in 1st place overall, and thus bringing home the championship for Citroën in Stage 2.