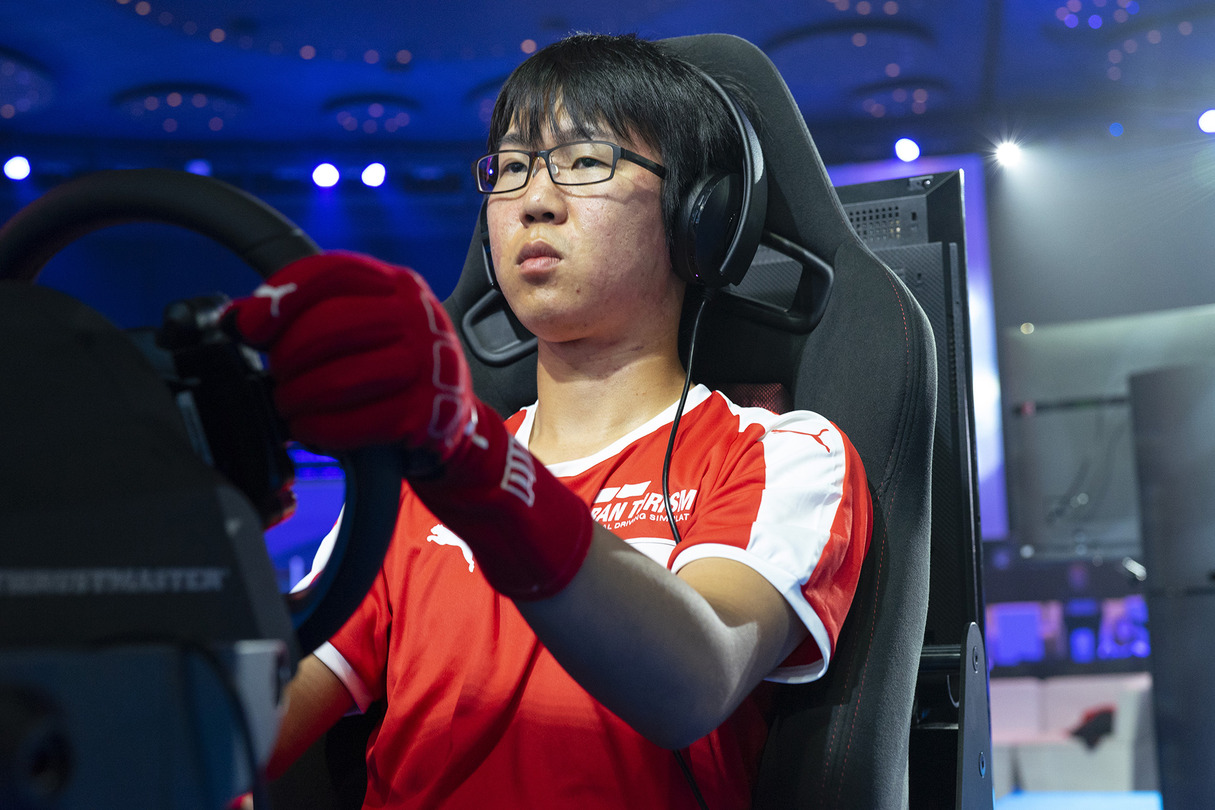 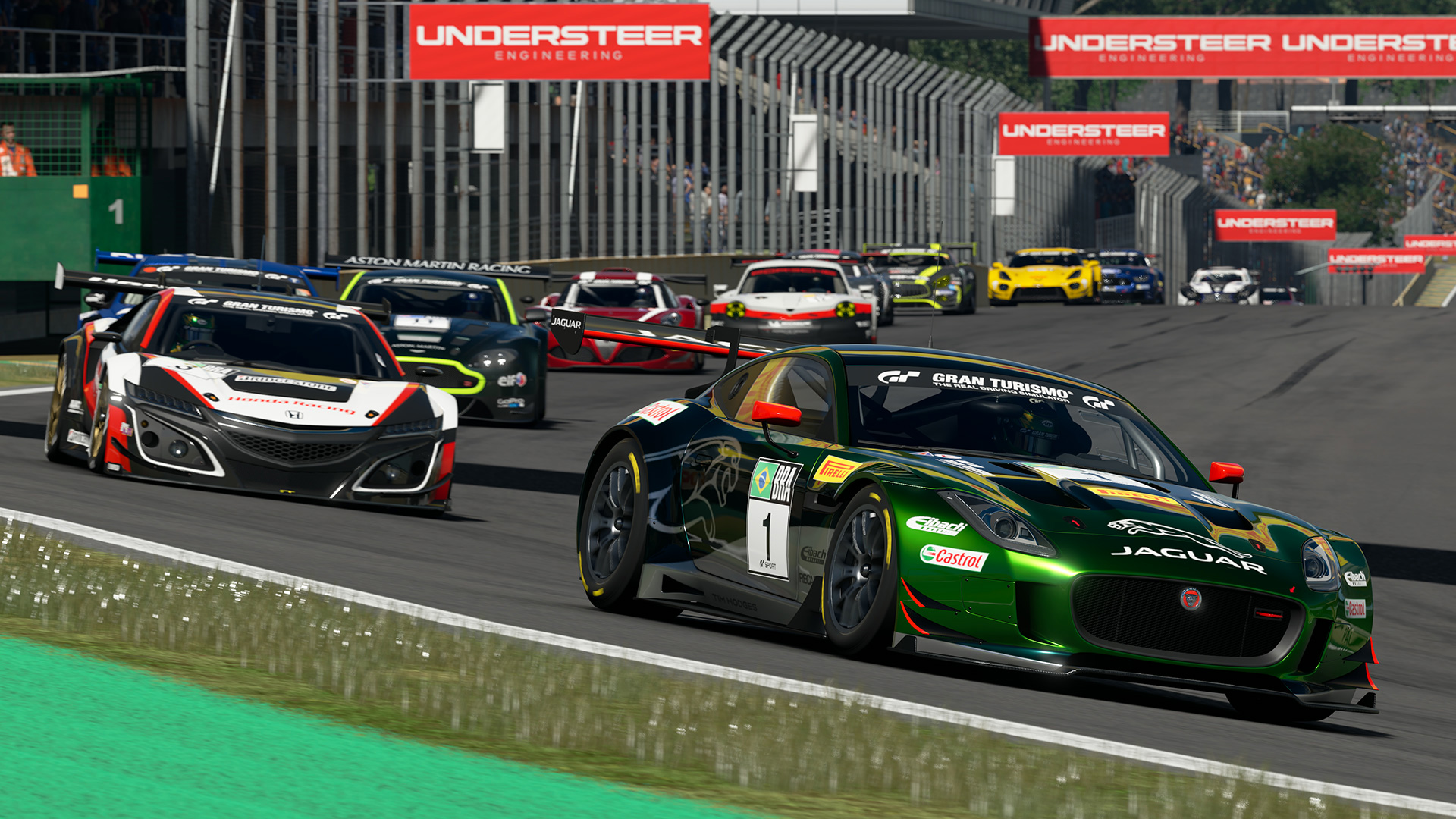 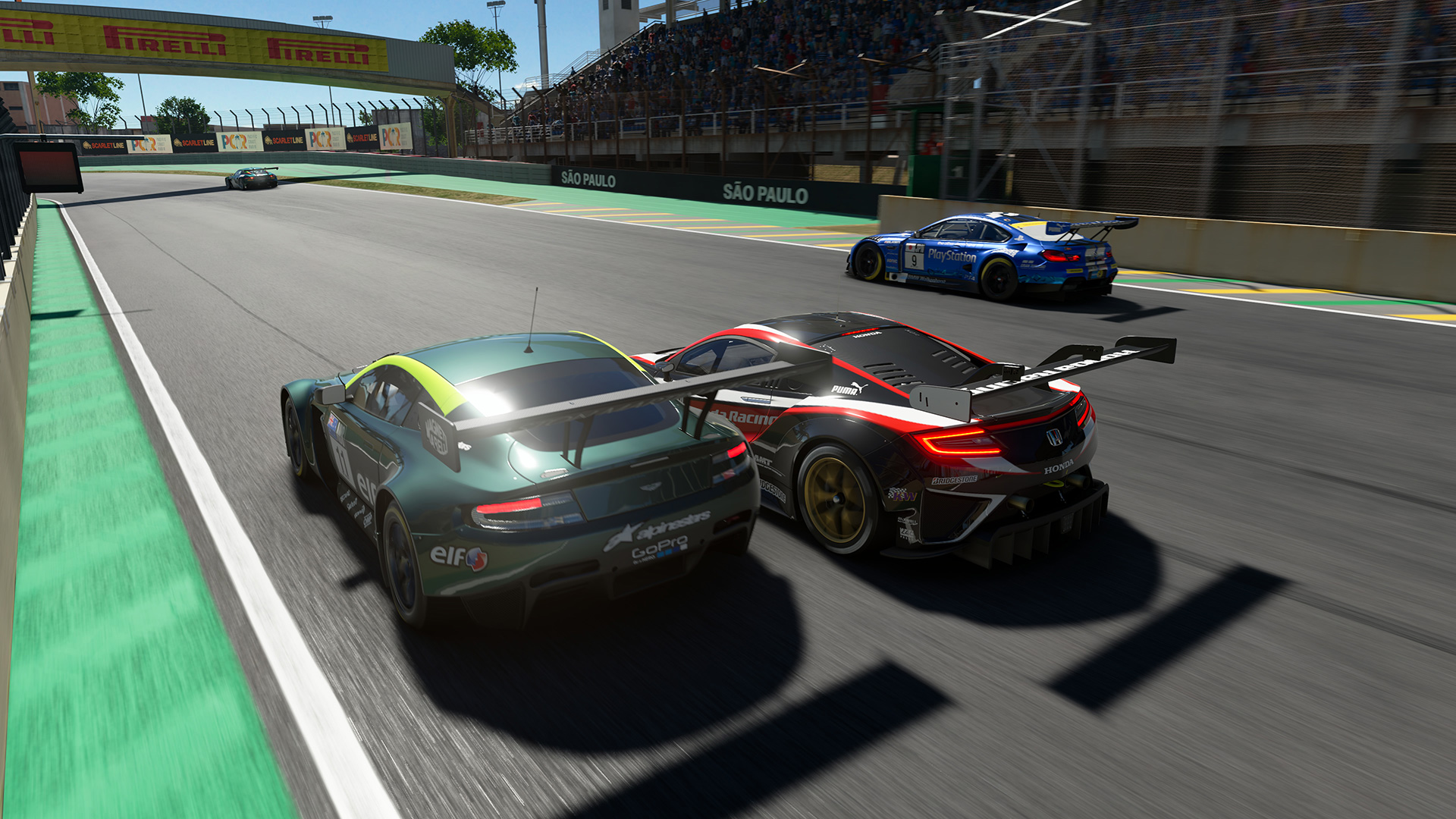 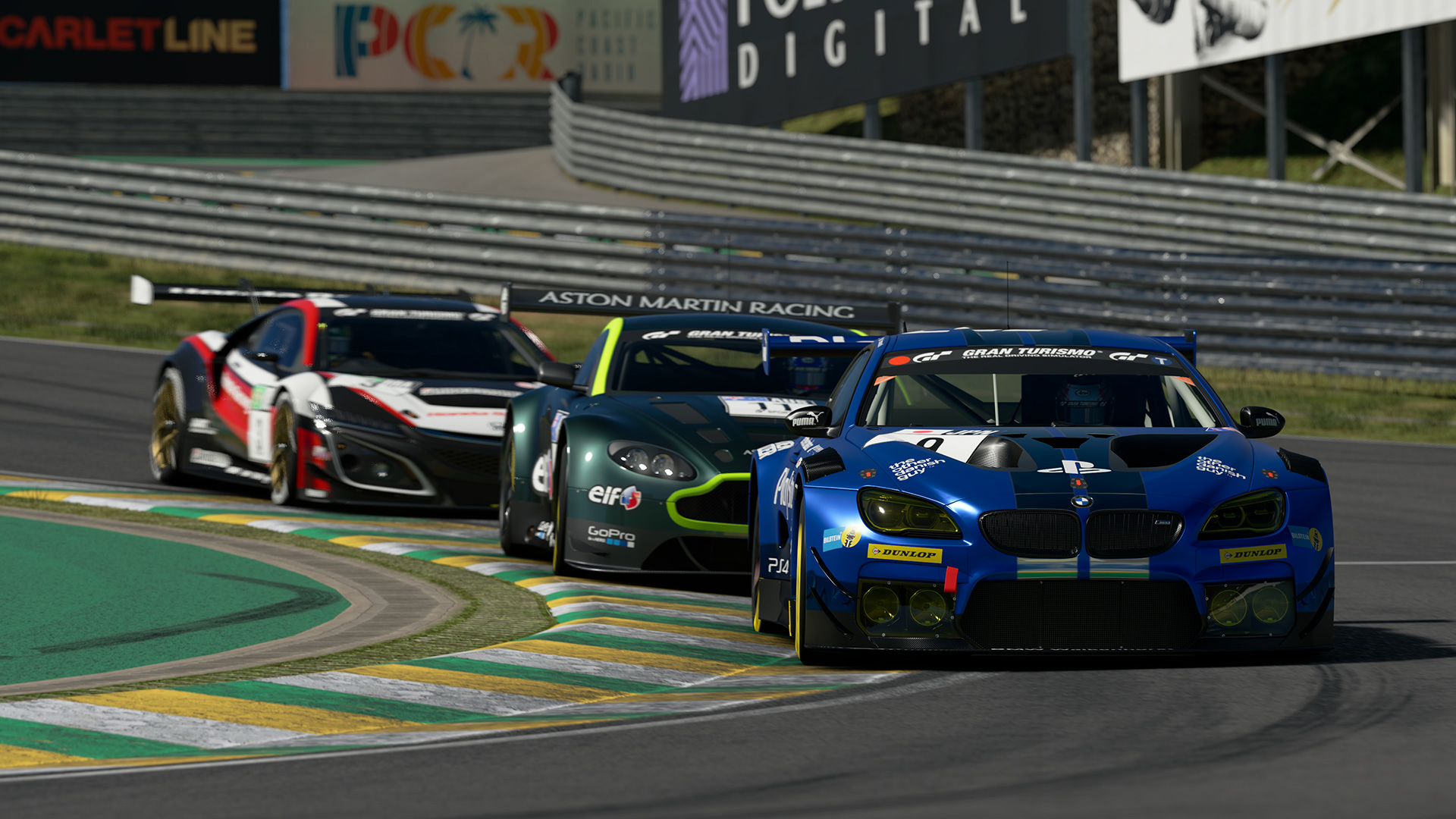 Yamanaka (yamado_racing38) and Latkovski (Nik_Makozi) were involved in a fierce battle for 2nd place. Latkovski's aggressive moves trying get past the Japanese driver had put a strain on his tires, and his tires' grip began to degrade. The Porsche 911RSR of Spain's Coque López (Williams_Coque14), who was just behind him in 4th place, filled up his mirrors. 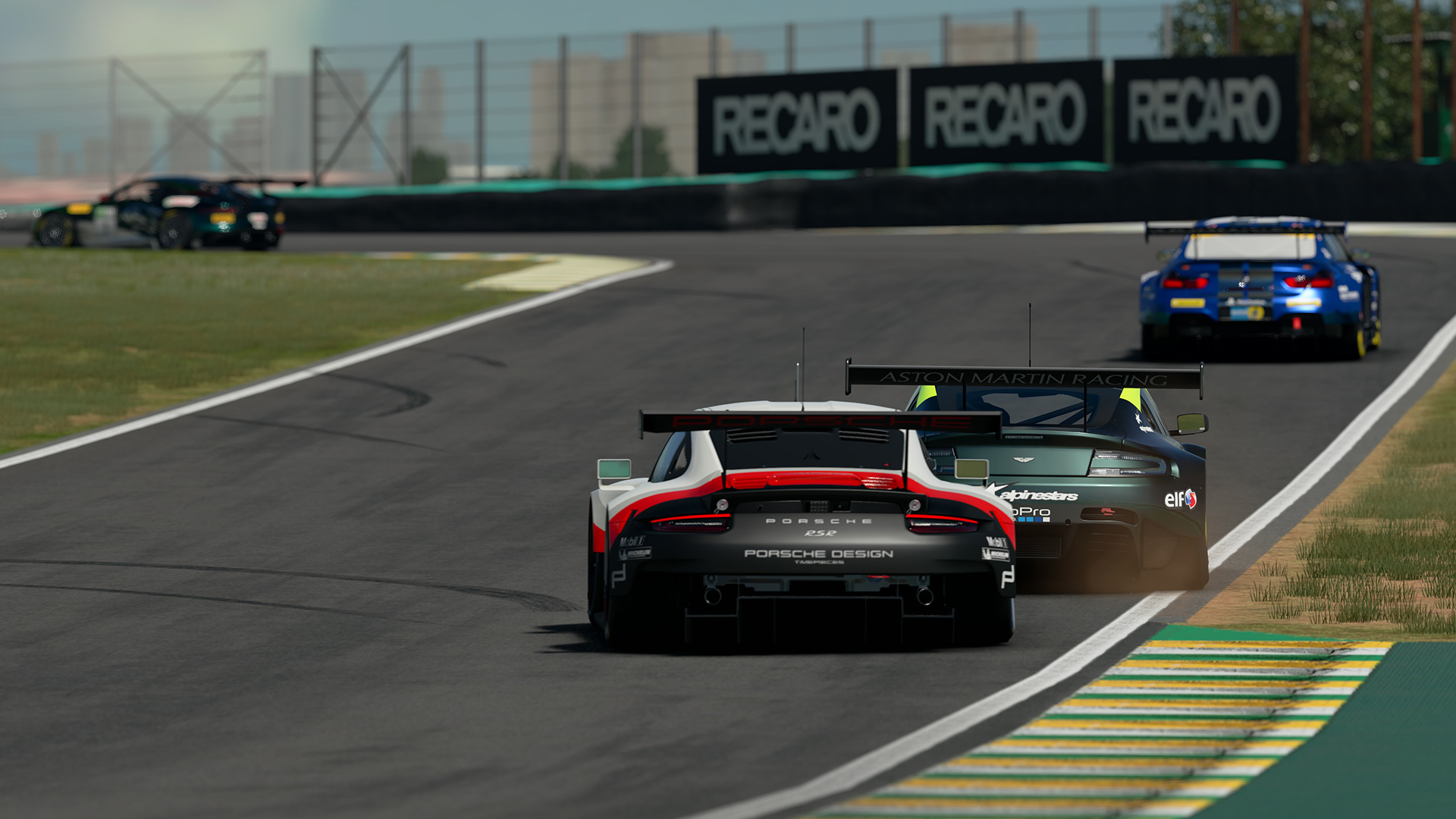 The leaders pitted on Lap 4, with Fraga (IOF_RACING17) being the first one to leave pit lane; but he came out at precisely the wrong time, as he immediately got caught up in traffic and saw his big lead slowly vanish.
Yamanaka (yamado_racing38) saw his chance, and was right on Fraga's (IOF_RACING17) tail. 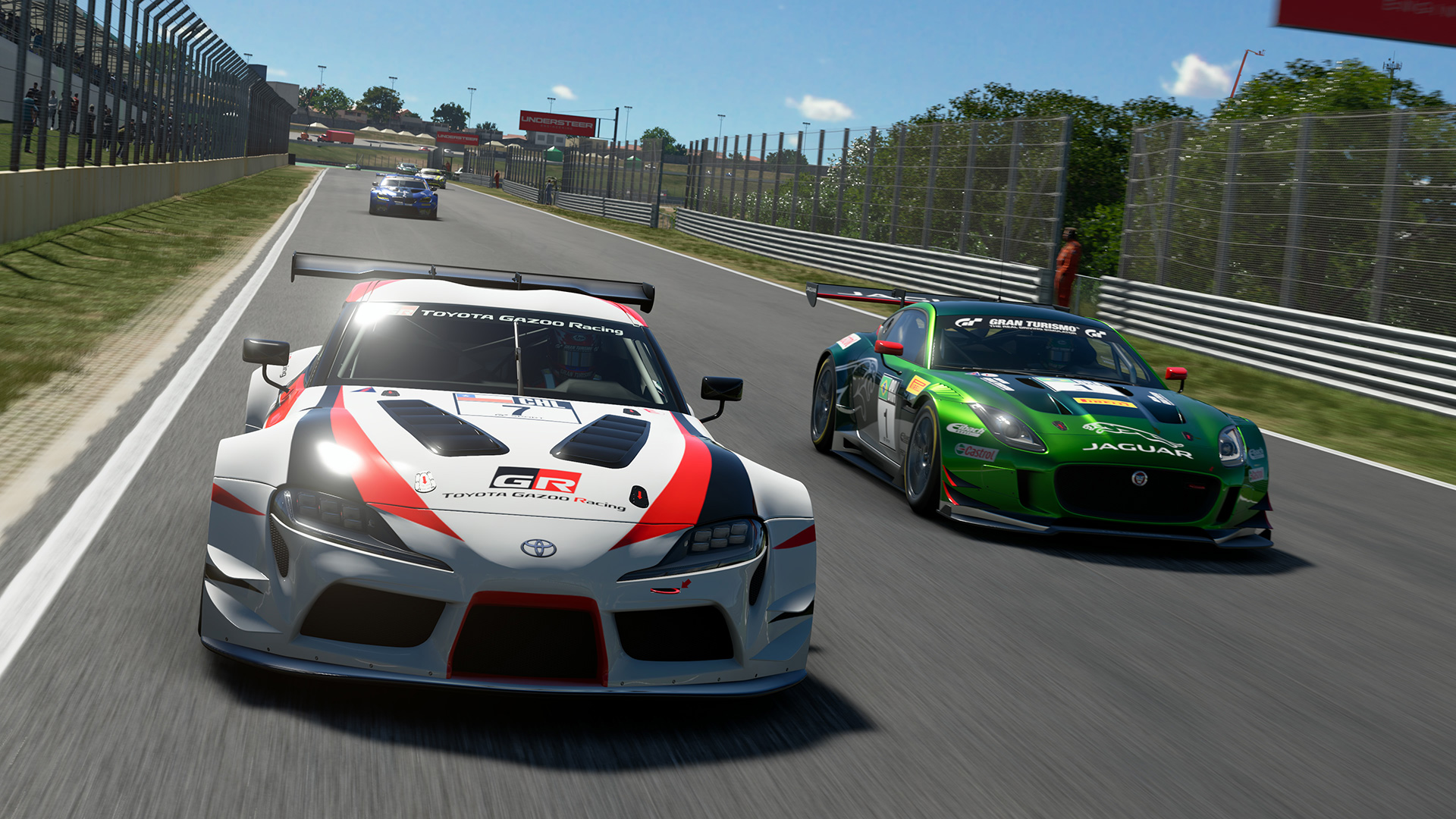 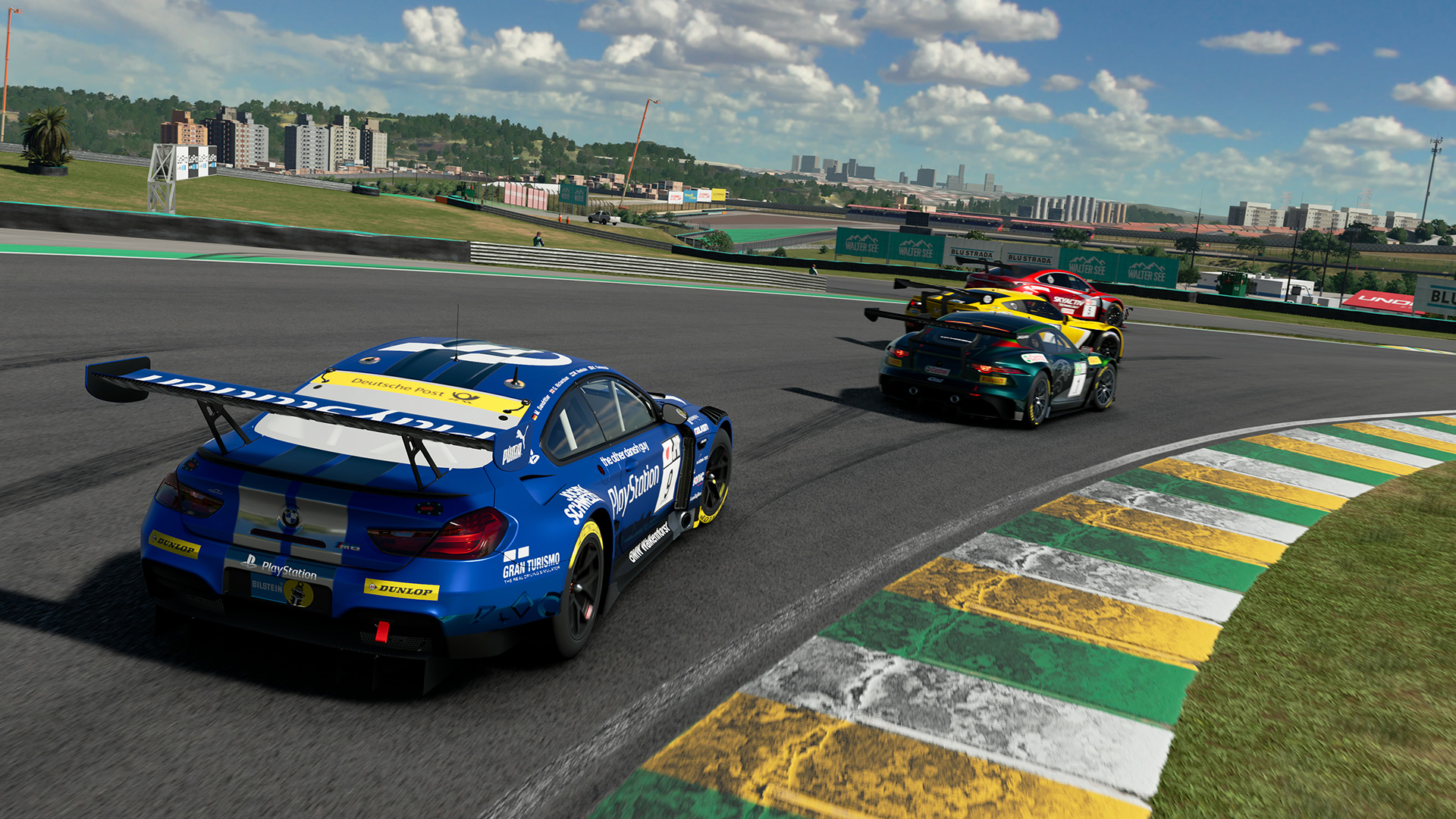 While both drivers had switched to medium-compound tires at the same time during their pit stop, the tires of race leader, Fraga (IOF_RACING17), were wearing out quicker than that of Yamanaka's (yamado_racing38), because Fraga was taking a defensive line in warding off the Japanese driver.

The decisive moment came on the final lap. On Turn 7, Yamanaka (yamado_racing38) made his move when Fraga (IOF_RACING17) went a bit wide through the corner. The Japanese driver dove to the inside and got past the Brazilian in a brilliantly-executed pass. 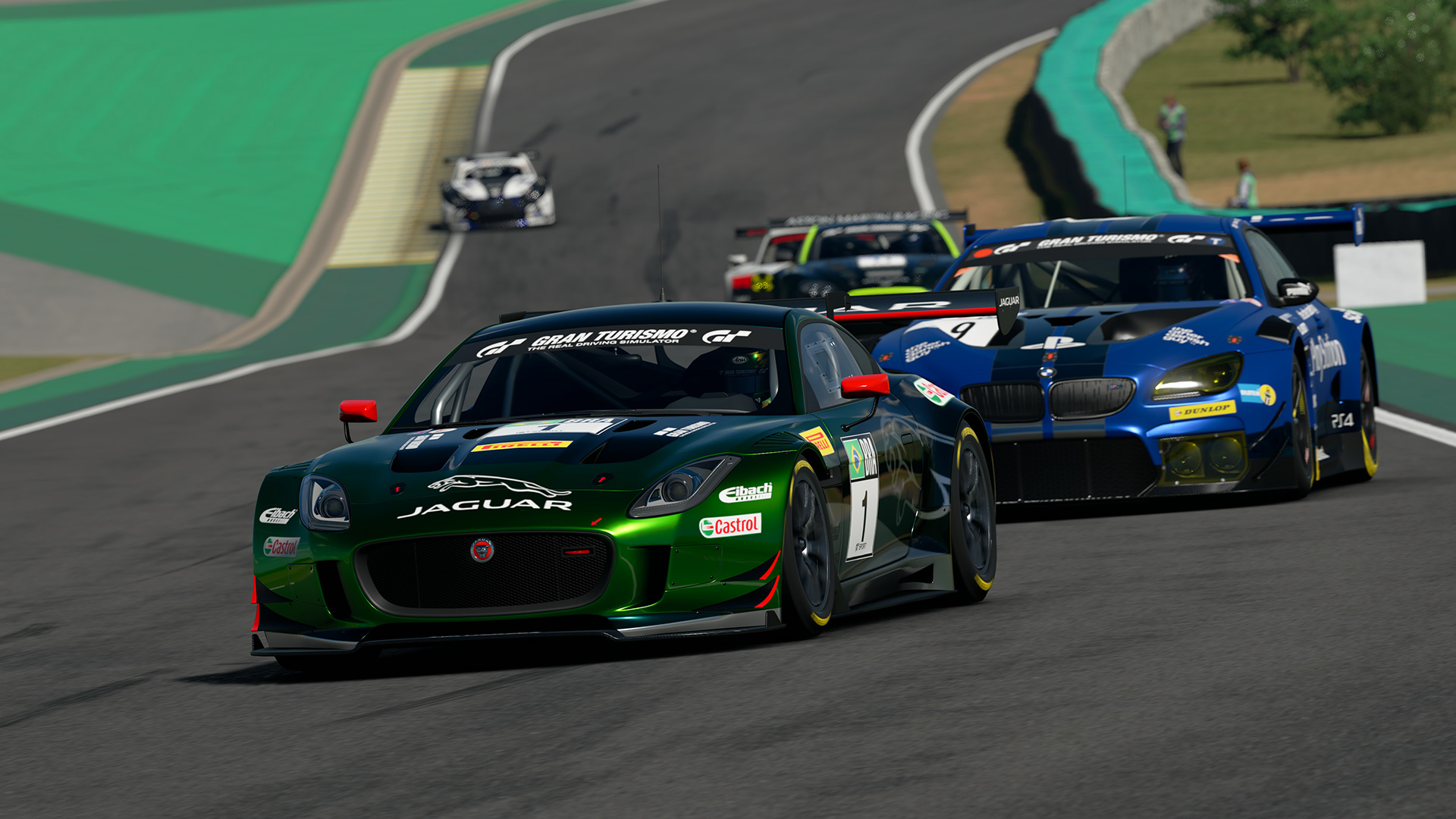 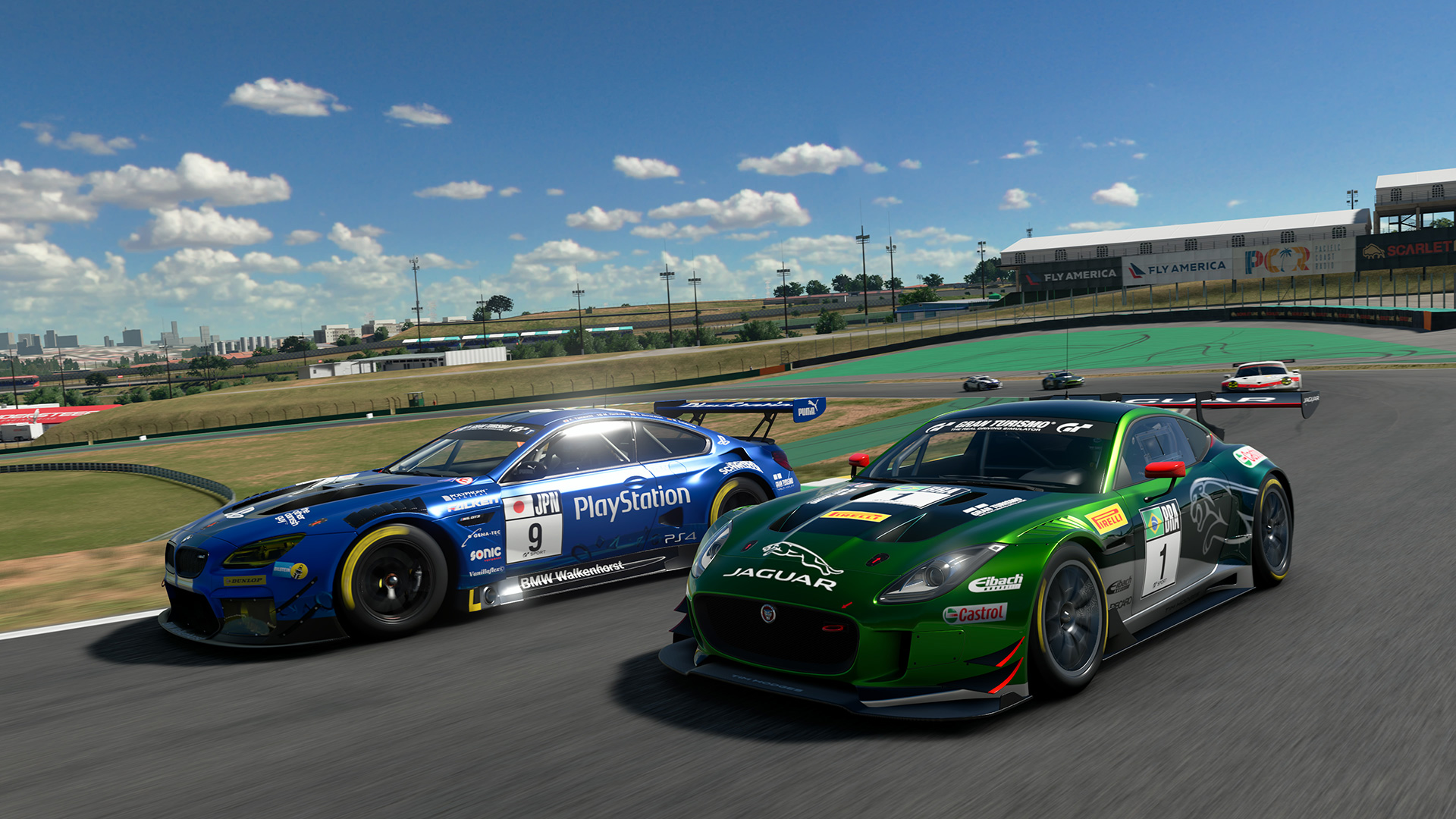 Things would get worse for Fraga (IOF_RACING17), as he was caught and passed by both López (Williams_Coque14) and Latkovski (Nik_Makozi), ultimately finishing the race in 4th place. 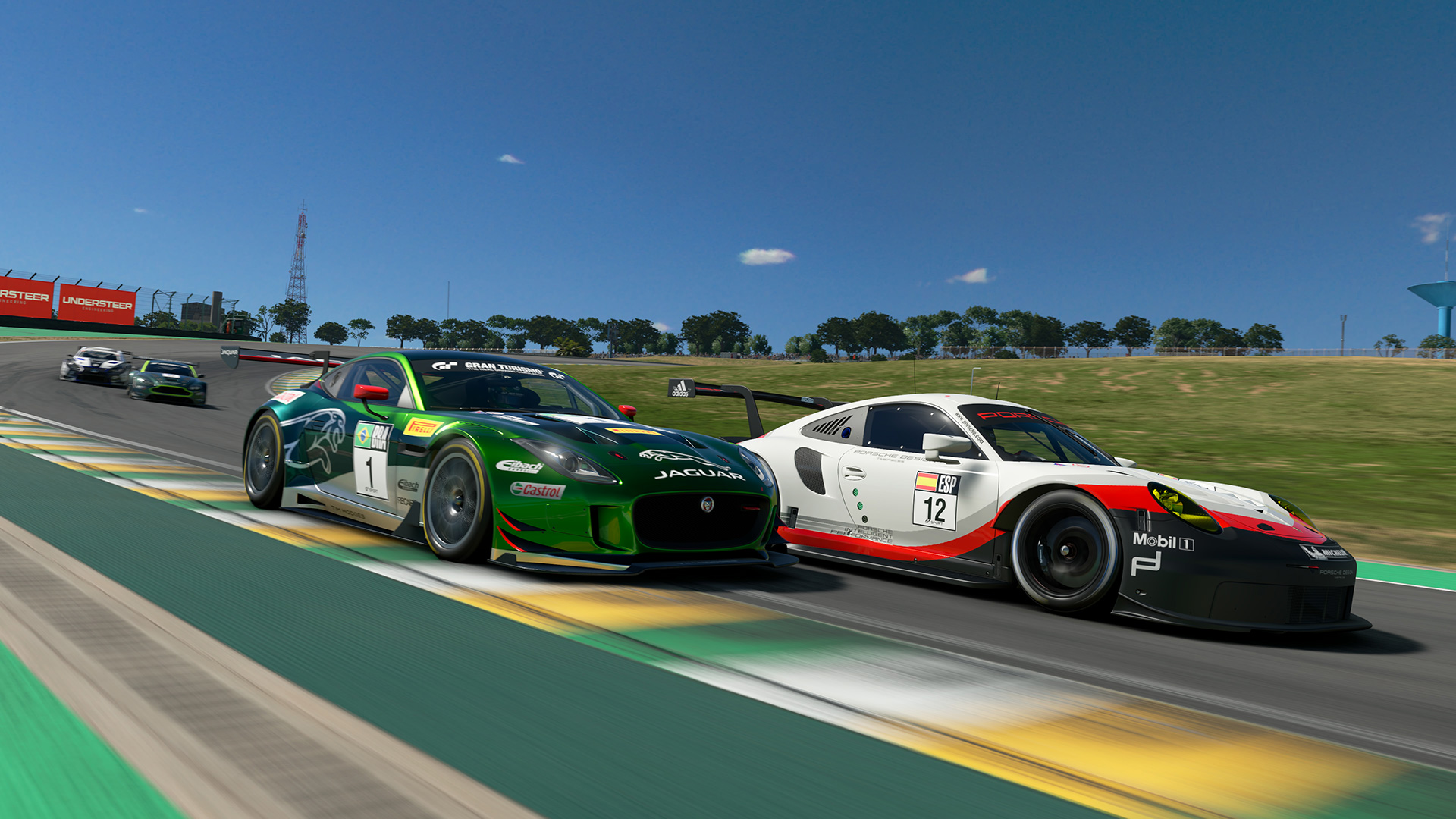 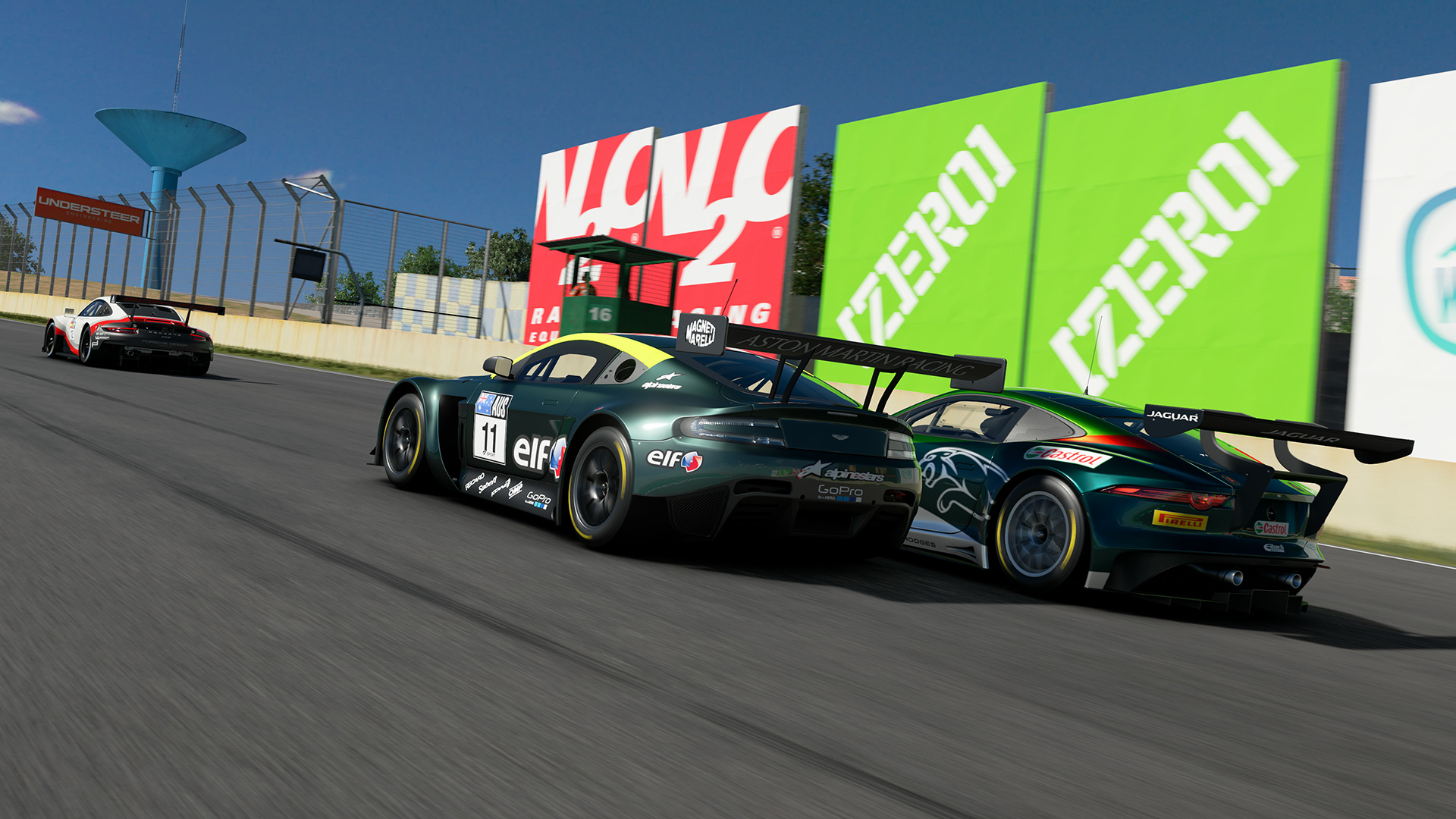 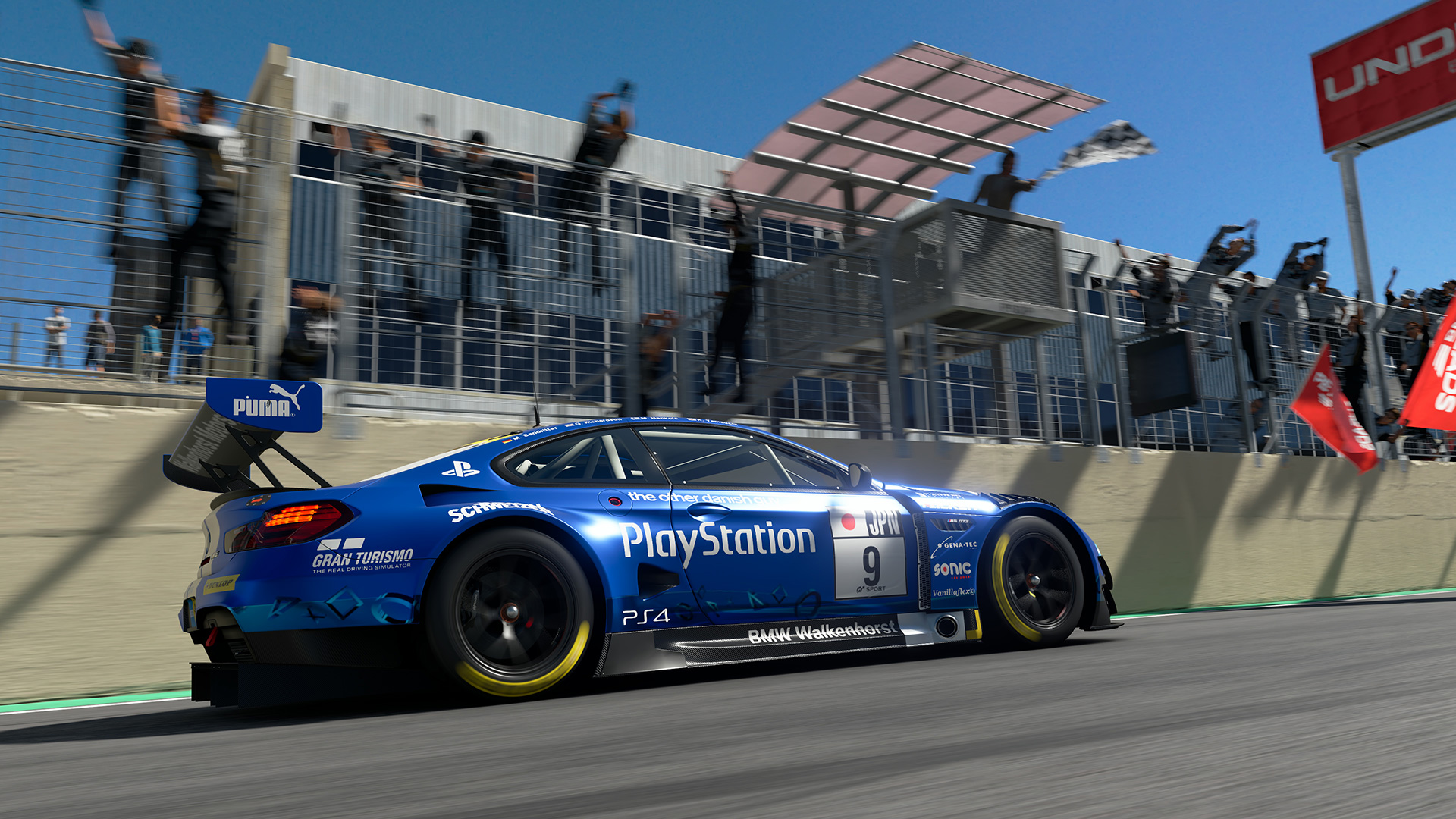 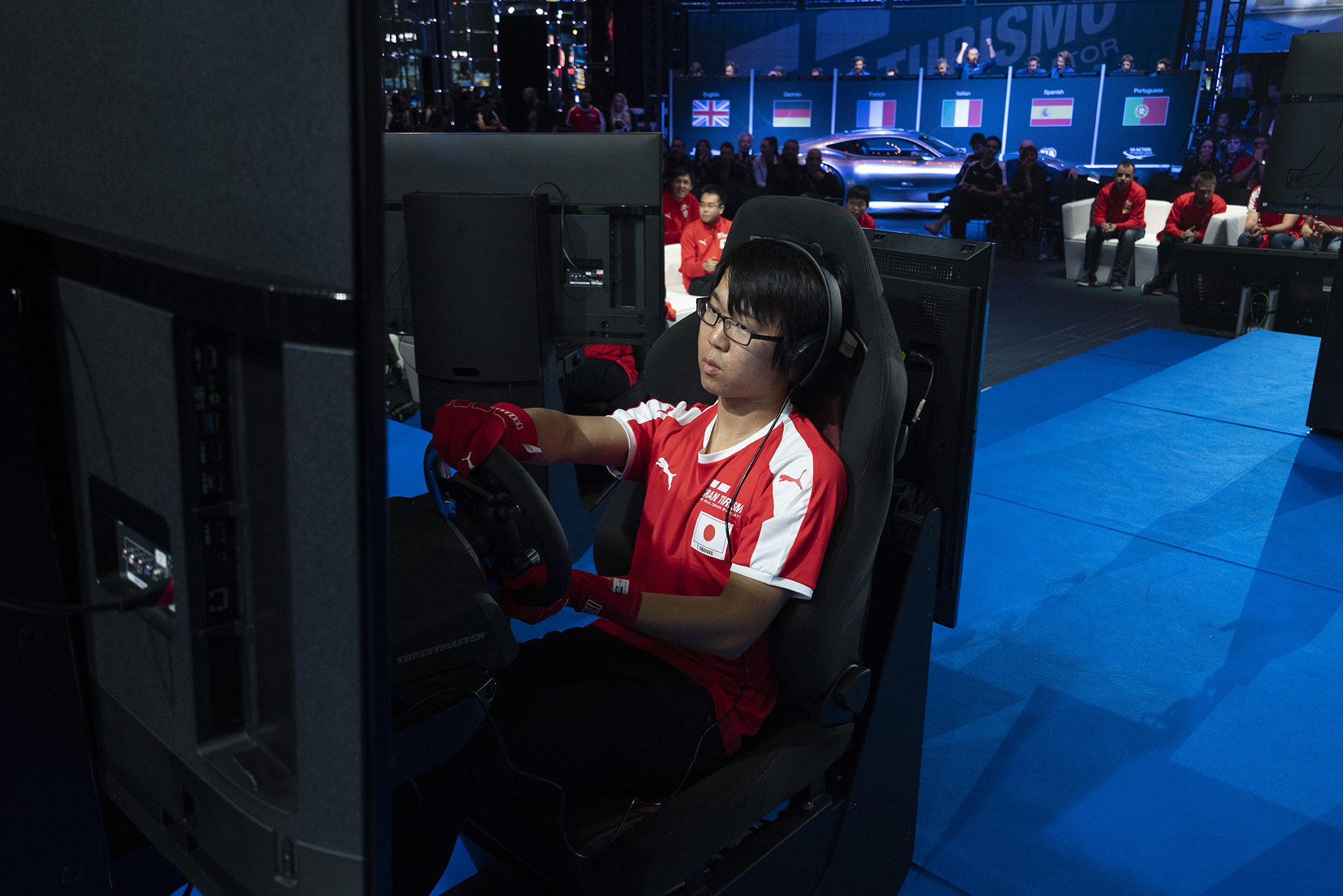 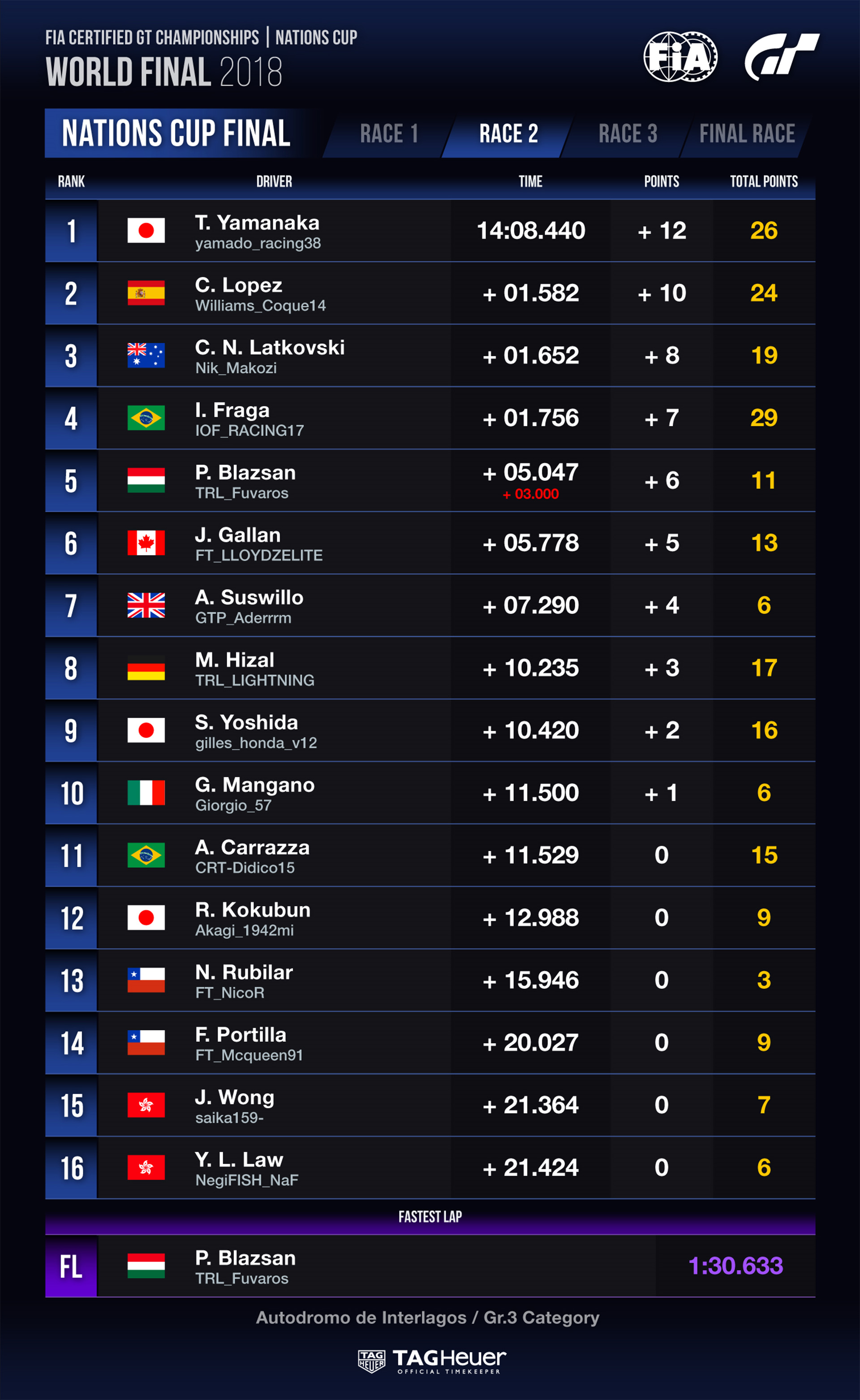