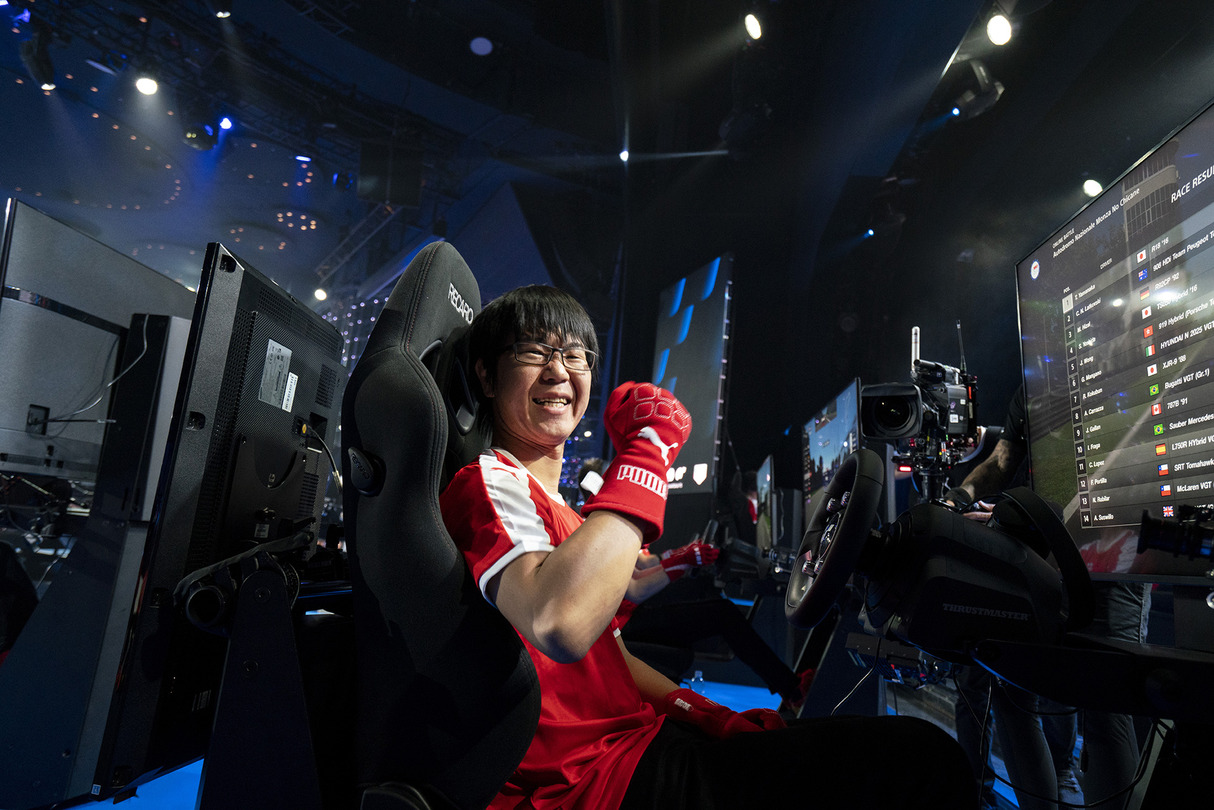 Race 3 took place on the high-speed Monza Circuit's "no-chicane" layout, with the drivers competing in Gr.1 cars. Japan's Tomoaki Yamanaka (yamado_racing38), hoping to keep his momentum going after winning Race 2, took pole position in his Audi R18. Soon after the green flag dropped, he took a commanding lead over the rest of the pack. 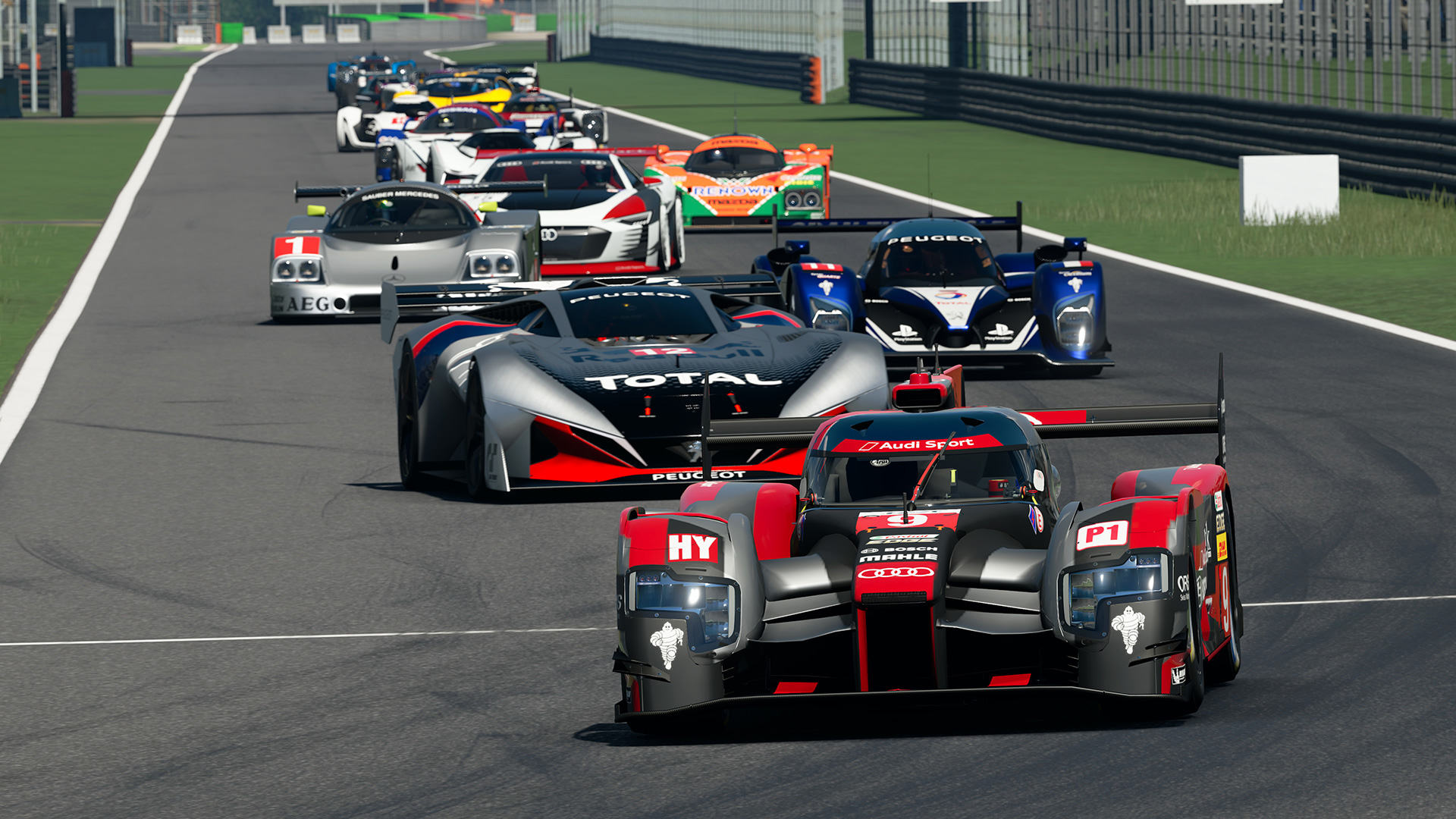 Both drivers overran the corner, and López (Williams_Coque14), while returning to the track, caused a major accident that also involved Brazil's Igor Fraga (IOF_RACING17) and his Sauber C9. Because of this, Fraga dropped down to 7th place. 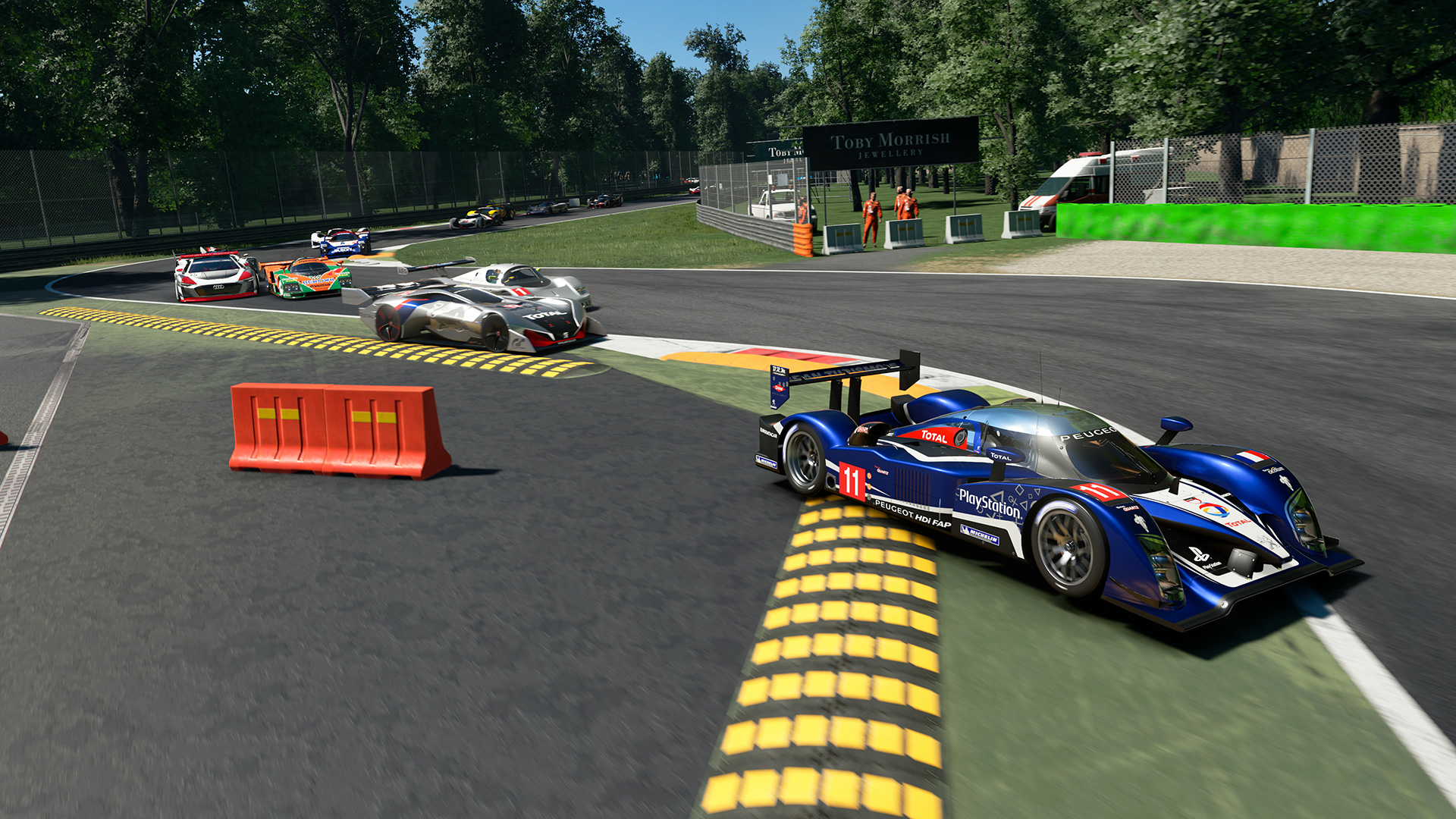 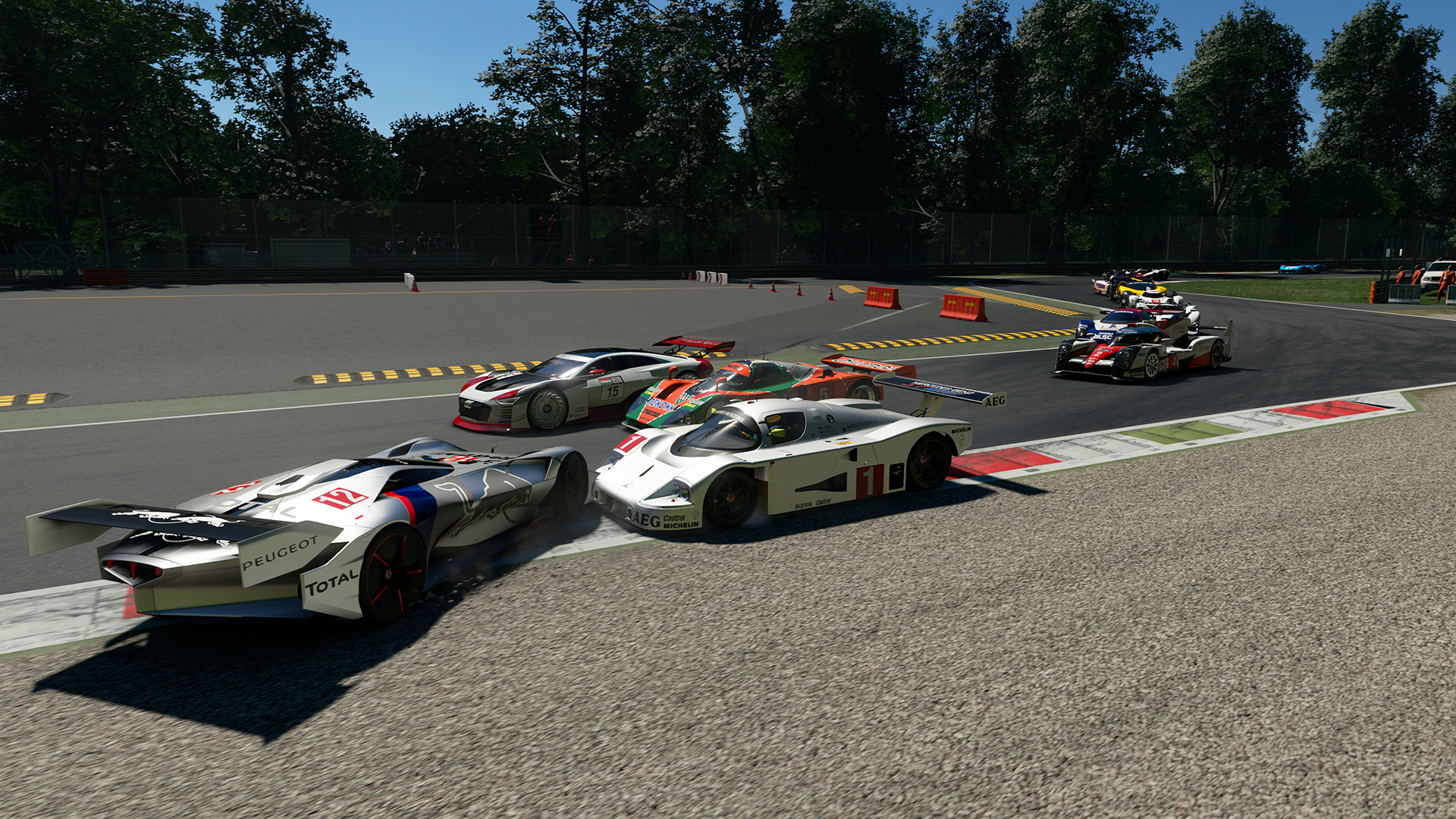 None of this mattered to race leader Yamanaka (yamado_racing38), as he kept his pace and held on to the lead. 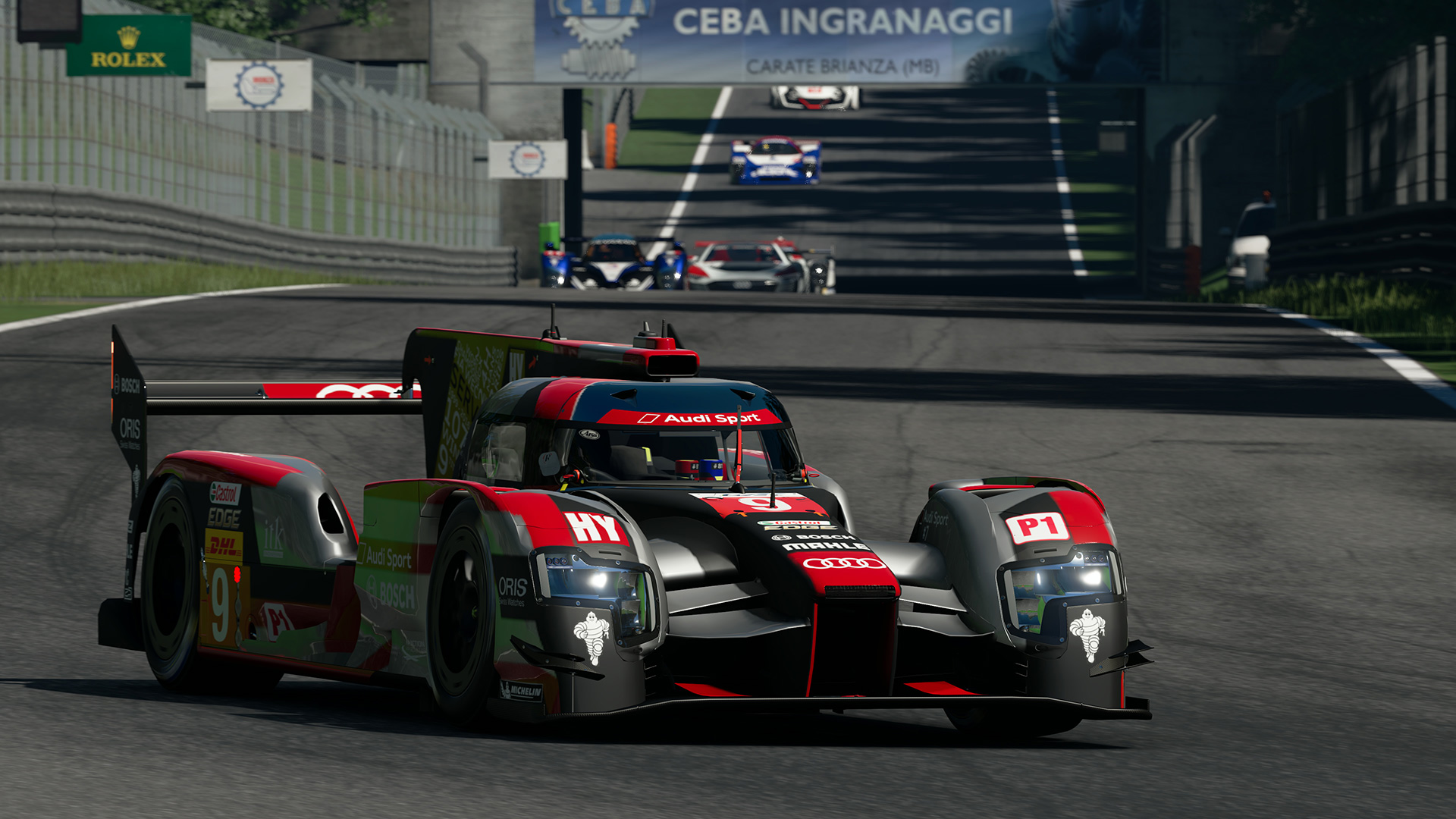 On Lap 4, Fraga (IOF_RACING17) overran that same corner. He also made the mistake of changing to hard-compound tires during his pit stop, which meant he had to make another wasteful stop to change to the mediums.
On the next lap, Hungary's Patrik Blazsán (TRL_Fuvaros), who managed to stay clear of the earlier wreckage, took over 3rd place. Then, he steered his Audi VGT Gr.1 into a gravel trap, causing his car to spin. Before he knew it, he had dropped down to 15th place. 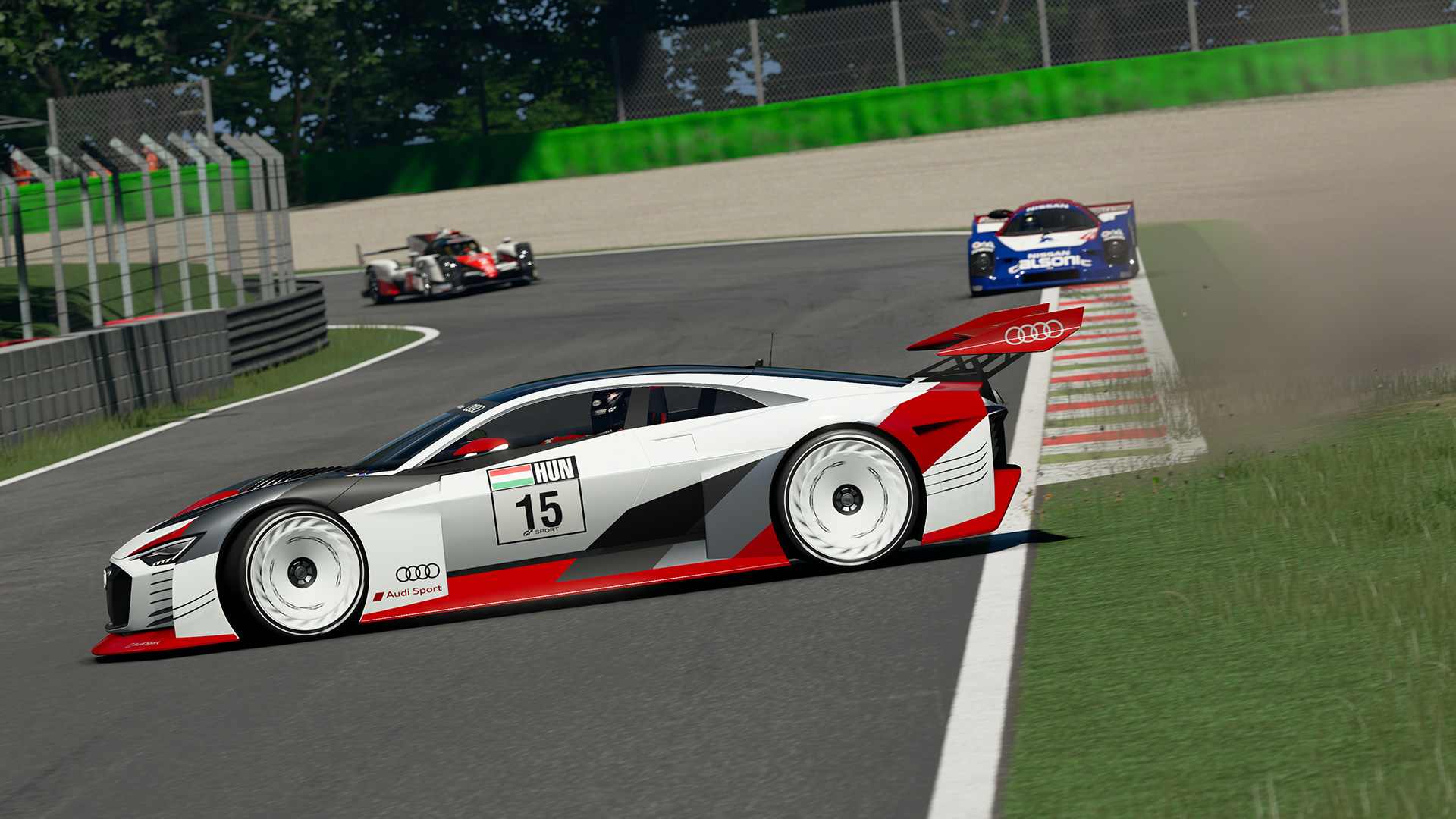 Germany's Mikail Hizal (TRL_LIGHTNING), in a Nissan R92CP, charged hard to try and overtake Latkovski (Nik_Makozi) for 2nd place, but was unable to catch him, ultimately settling for 3rd place. 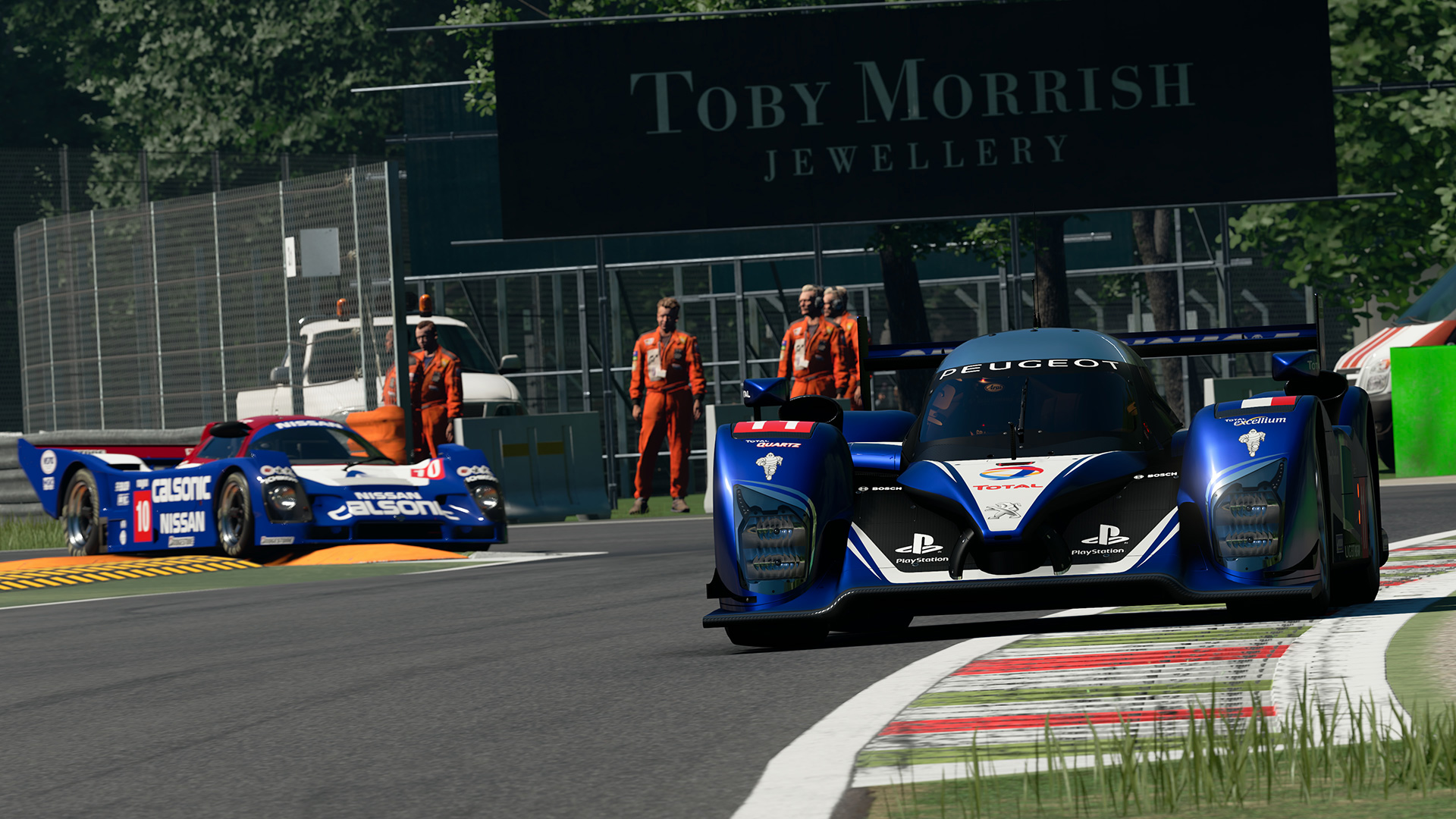 Following his disastrous pit error, Fraga (IOF_RACING17) ended the race in 10th place, making his quest for the world title that much more difficult. 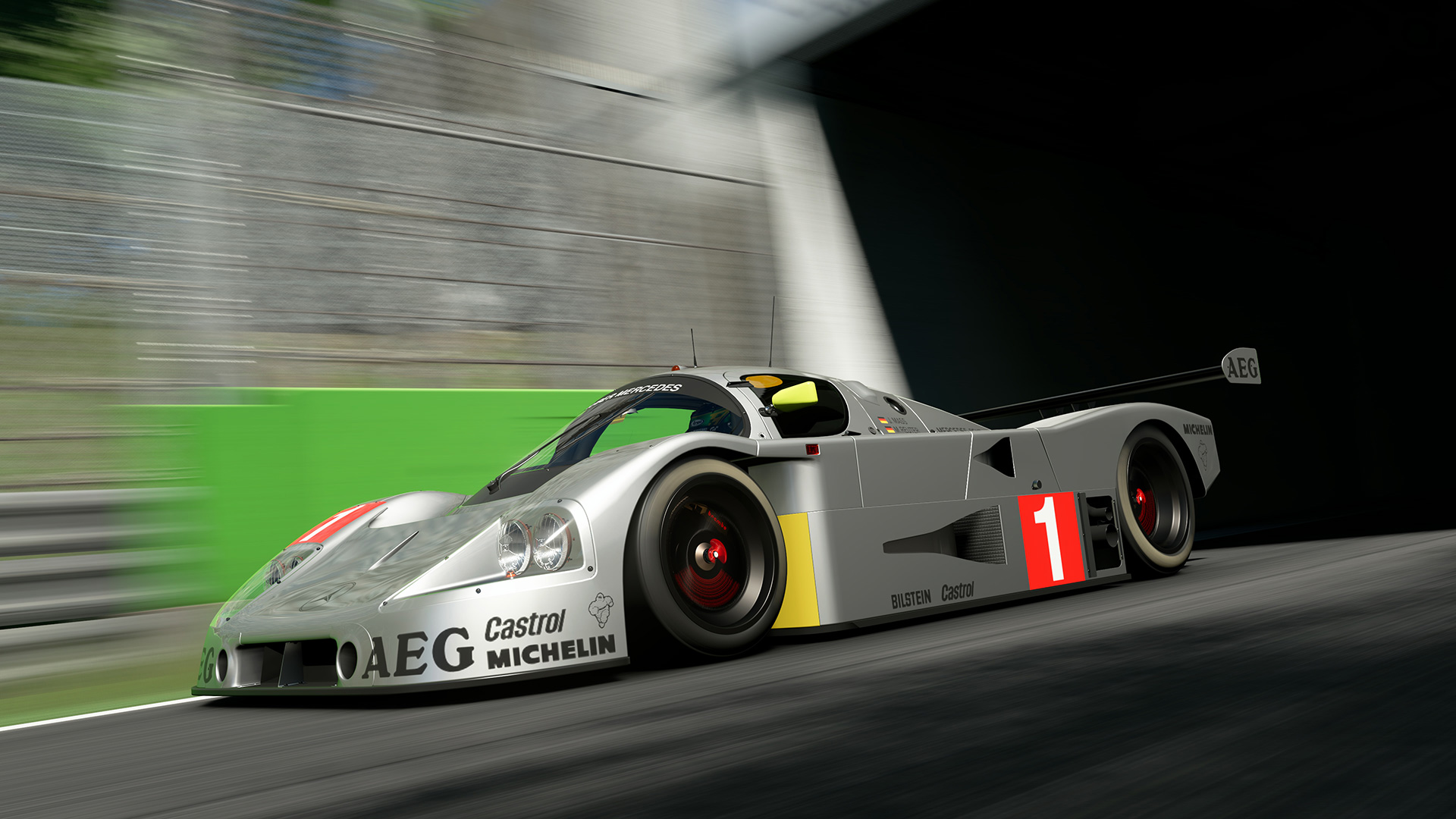 This race belonged to Yamanaka (yamado_racing38), who took advantage of other drivers' errors and mishaps to win with ease and ring up a second successive victory. The win also saw him build up an eight point lead over Fraga (IOF_RACING17) in the overall rankings, putting himself in an excellent position to claim the championship. 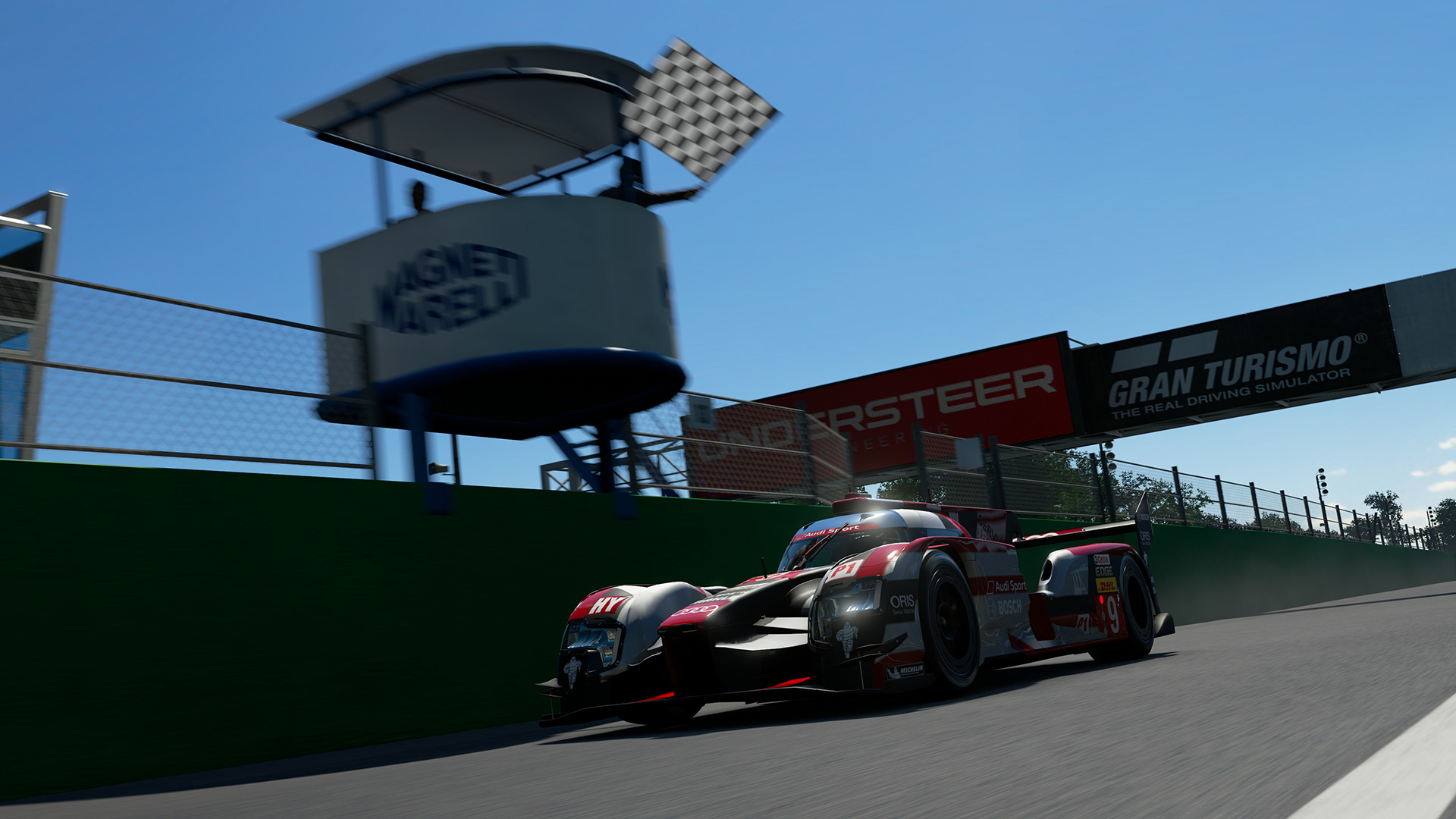 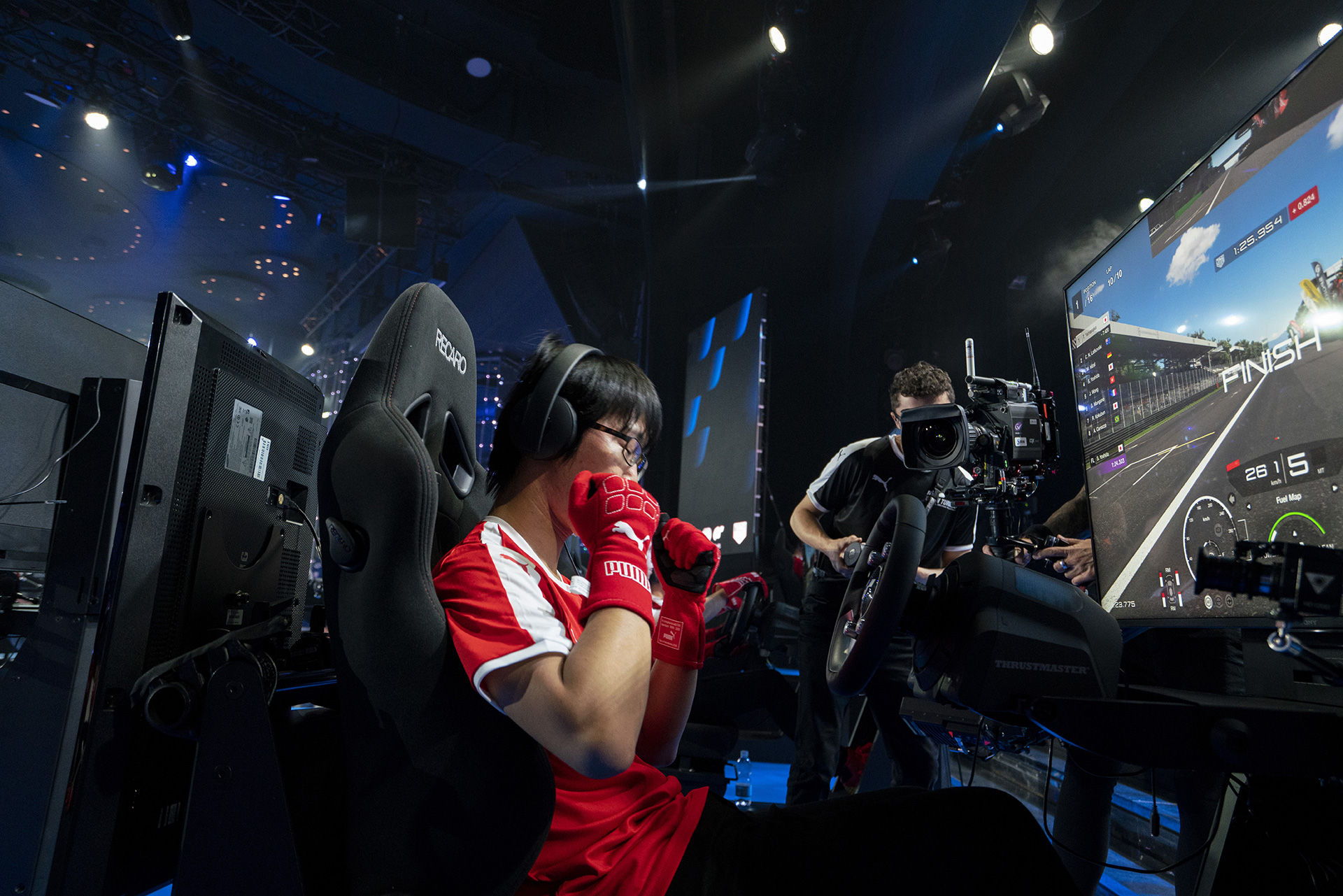 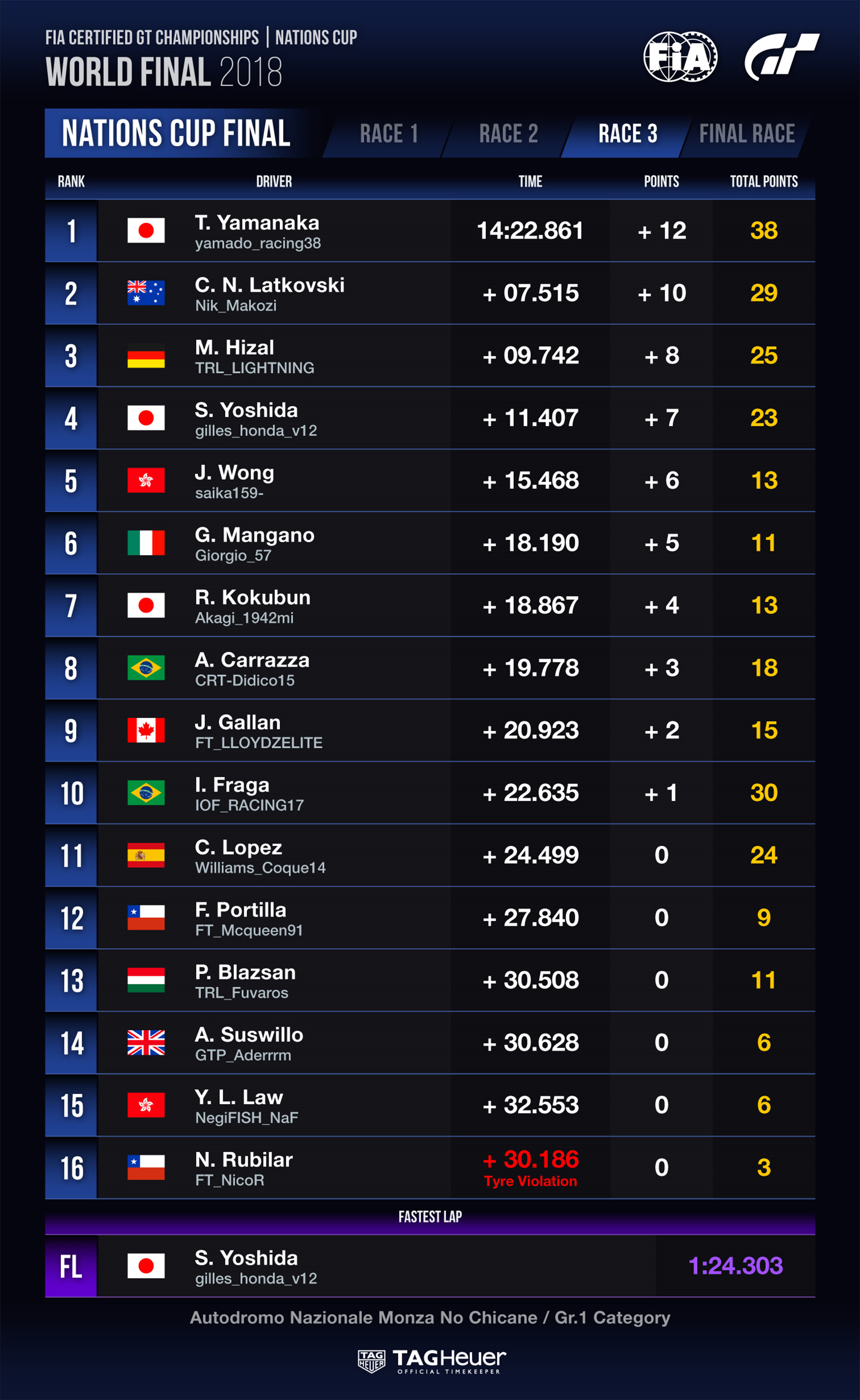