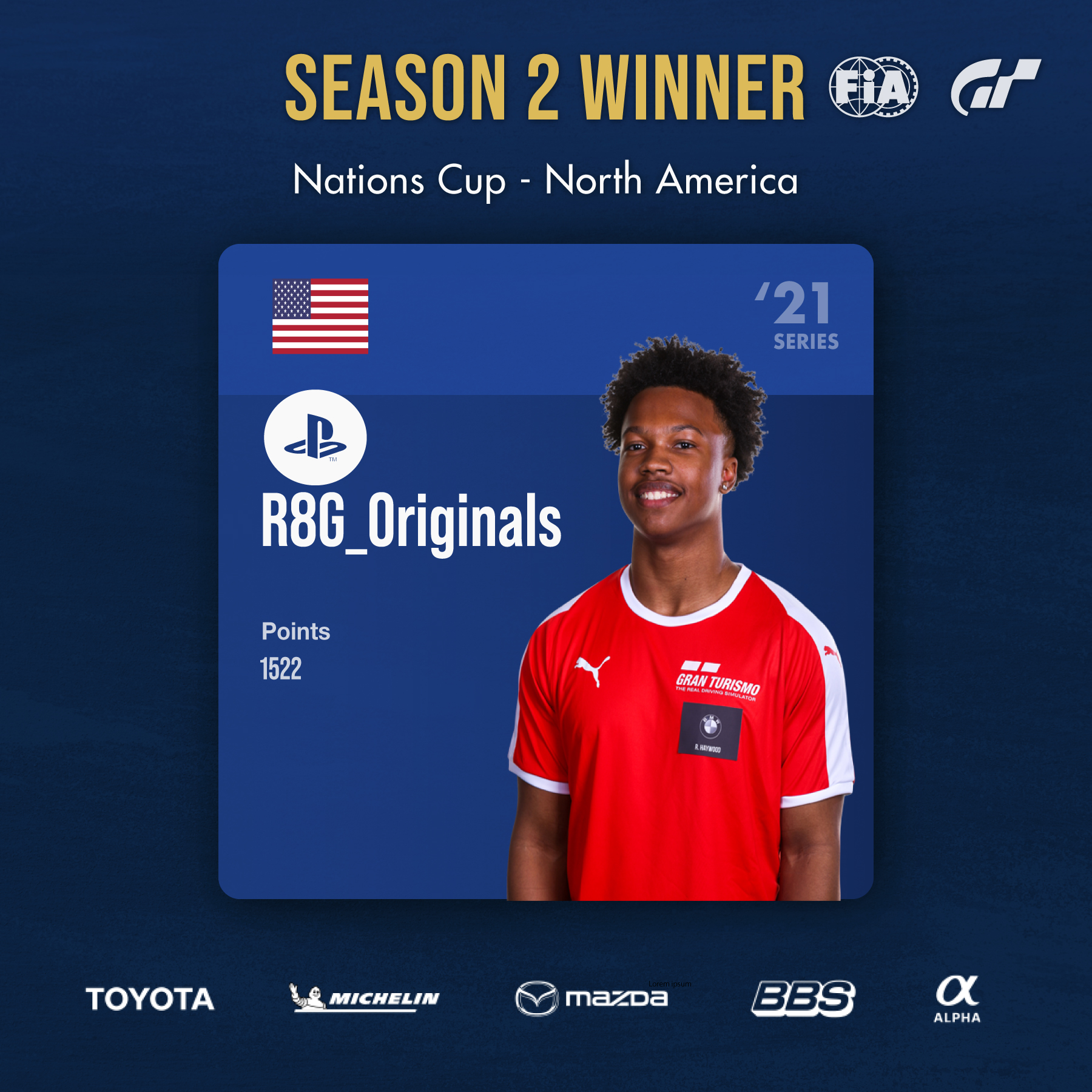 The FIA GT Nations Cup Season 2 got underway on July 10th. Round 1 took place at Autopolis. It was a one-make race, featuring the all-new Toyota GR 86 ’21.

The USA's R8G_Originals seemed to be in great form from the word go. He scored 355 points in Round 1 and 392 points in Round 2, opening up a healthy early lead over the rest of the field.

Round 3 was won by the Canadian veteran PX7-Deafsun. This victory saw him move up to second place on the leaderboard, but he'd go one better in the following round, winning again and moving into the lead.

In Round 6, PX7-Deafsun top-scored again with 378 points, but in Round 8 R8G_Originals rediscovered his early-season form to score 371 points.

Round 8 would prove to be the season's decisive race, as R8G_Originals earned the season's top score, 404 points, and reclaimed the lead.

In Round 9, PX7-Deafsun led the race from the start only to be overtaken by the young American Deano_solo on the very last lap and miss out on victory.

Neither R8G_Originals or PX7-Deafsun, who had been duking it out at the top of the leaderboard, appeared in the final race, which was won by the USA's Solis (PX7-Lamb).

Despite not earning many points in the early part of the season, Solis scored very well in the later rounds, and ended up in second place overall.

After just being pipped by Solis following an intense battle in Season 1, this time it was R8G_Originals's turn to end the season in first place and enjoy a well deserved victory.