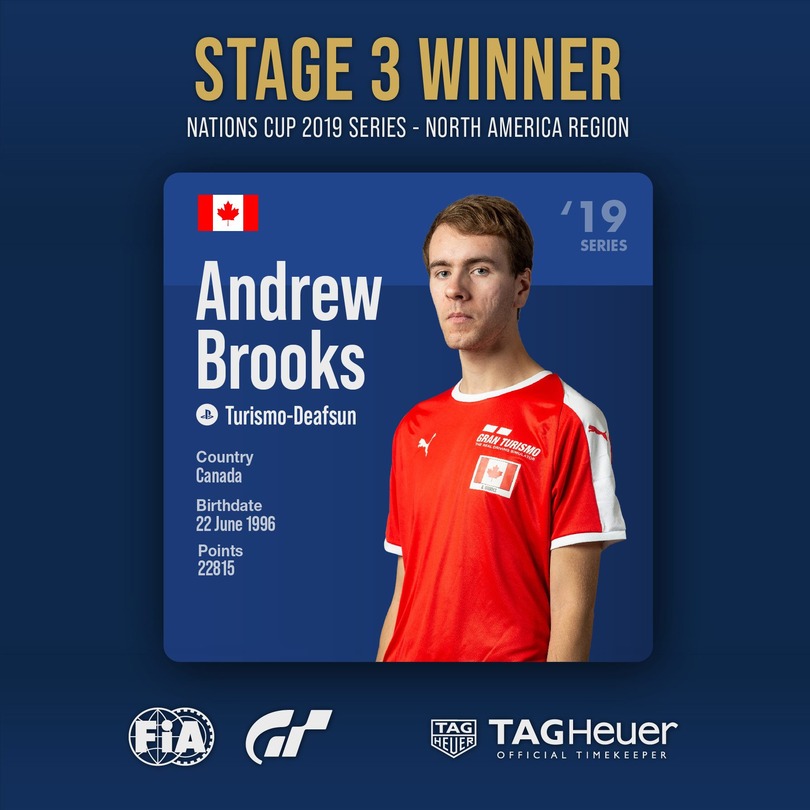 The third stage of the Nations Cup got underway on June 9, and the question on everyone's mind was "Could anyone end the dominance of Canada's Turismo-Deafsun?"

In Rounds 26 and 27, Turismo-Deafsun couldn't add to his points total, but CAR_Lamb of the USA was showing great promise and seemed poised to unseat the fast Canadian.

The final race saw the top 16 drivers go head-to-head in Gr. 2 cars on the Mount Panorama circuit. CAR_Lamb performed magnificently in qualifying, taking pole position, and during the race, held on to the lead, despite being heavily pressured by Turismo-Deafsun, especially on Lap 2. As the race progressed, CAR_Lamb was seemingly untouchable as he incrementally increased his lead.

In the end, CAR_Lamb was just too fast, as he crossed the finish line a full three seconds in front of the next fastest car, Turismo-Deafsun, with an impressive pole-to-win victory. Although Turismo-Deafsun failed to win on this day, he nevertheless stood atop the rankings at the end of Stage 3 because of all the points he had accrued in the other races.