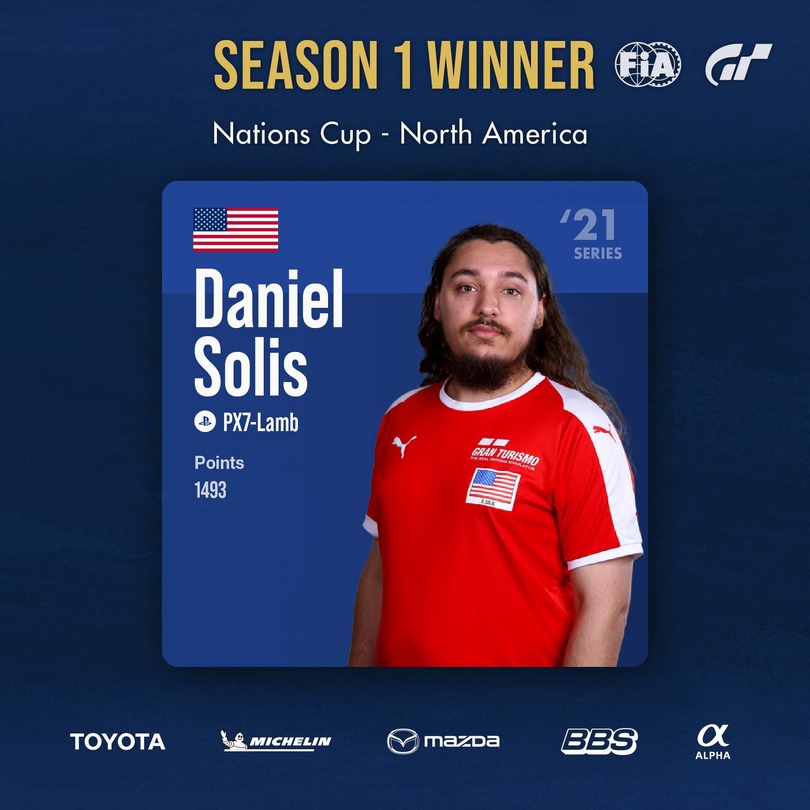 The USA's Haywood (R8G_Originals) showed his class in the early stages, scoring 371 points in Round 2 to put daylight between him and the chasing pack.

Haywood's fellow American, the hugely talented Solis (PX7-Lamb), skipped the first three rounds but roared into life in the fourth, claiming 355 points. He also scored 385 points in Round 6, racking up a good total despite only entering a few races.

But Haywood refused to be beaten, as though responding to the challenge thrown down by Solis. After being defeated in Round 6's head-to-head showdown, Haywood showed great spirit to come back and defeat Solis in Rounds 8 and 9.

Round 10 was the final round, and Haywood's last chance to overtake Solis on the leaderboard. Unfortunately for him, he just couldn't score enough points, and Solis clung on to take the Season 1 title!