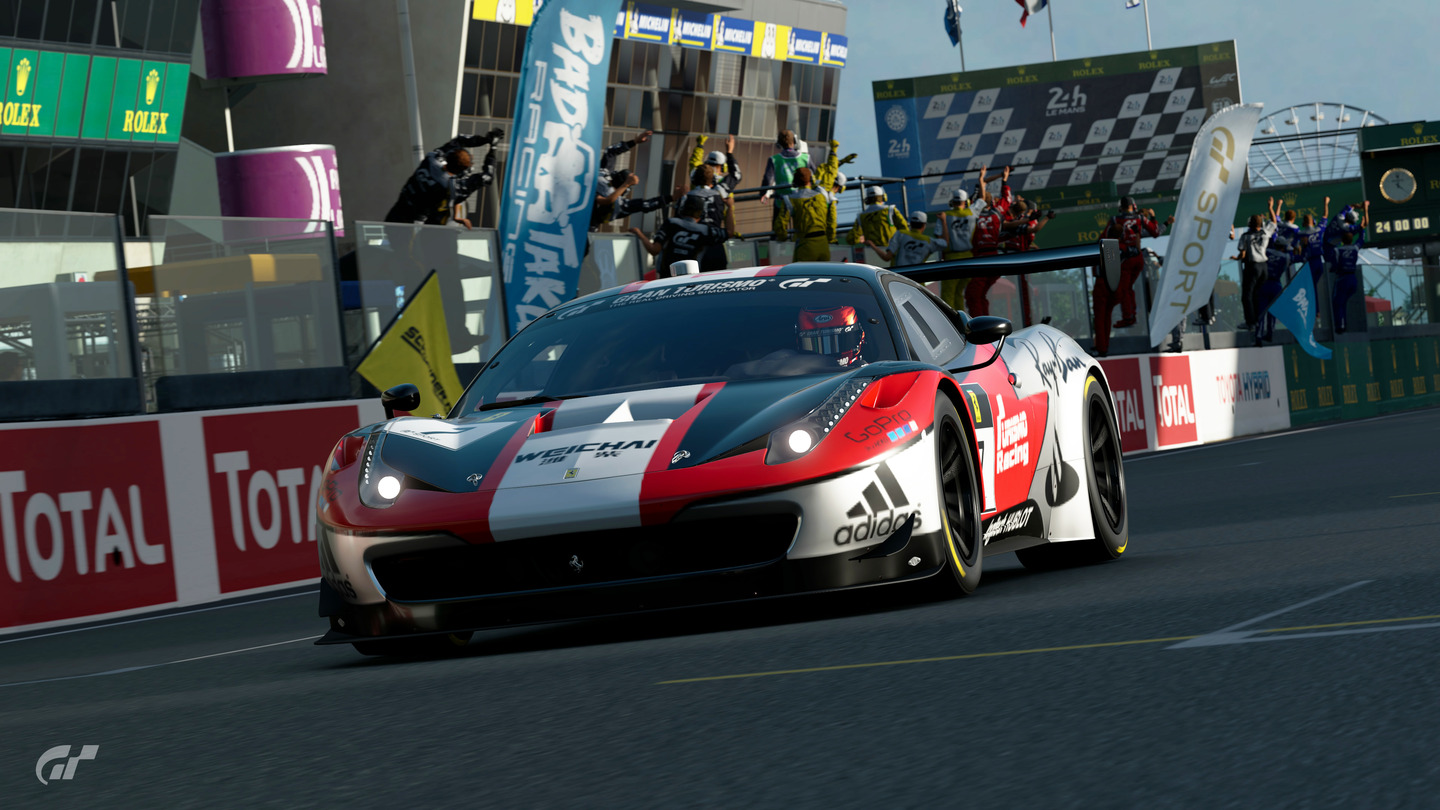 The final round of Season 2 of the Manufacturer Series, staged on the Circuit de la Sarthe, saw a brilliant, calculating performance by Deafsun96 in car No. 7 (Ferrari). The front of the grid was dominated by the Flatout Threat (FT) group, while Deafsun96 started the race from the 10th position. 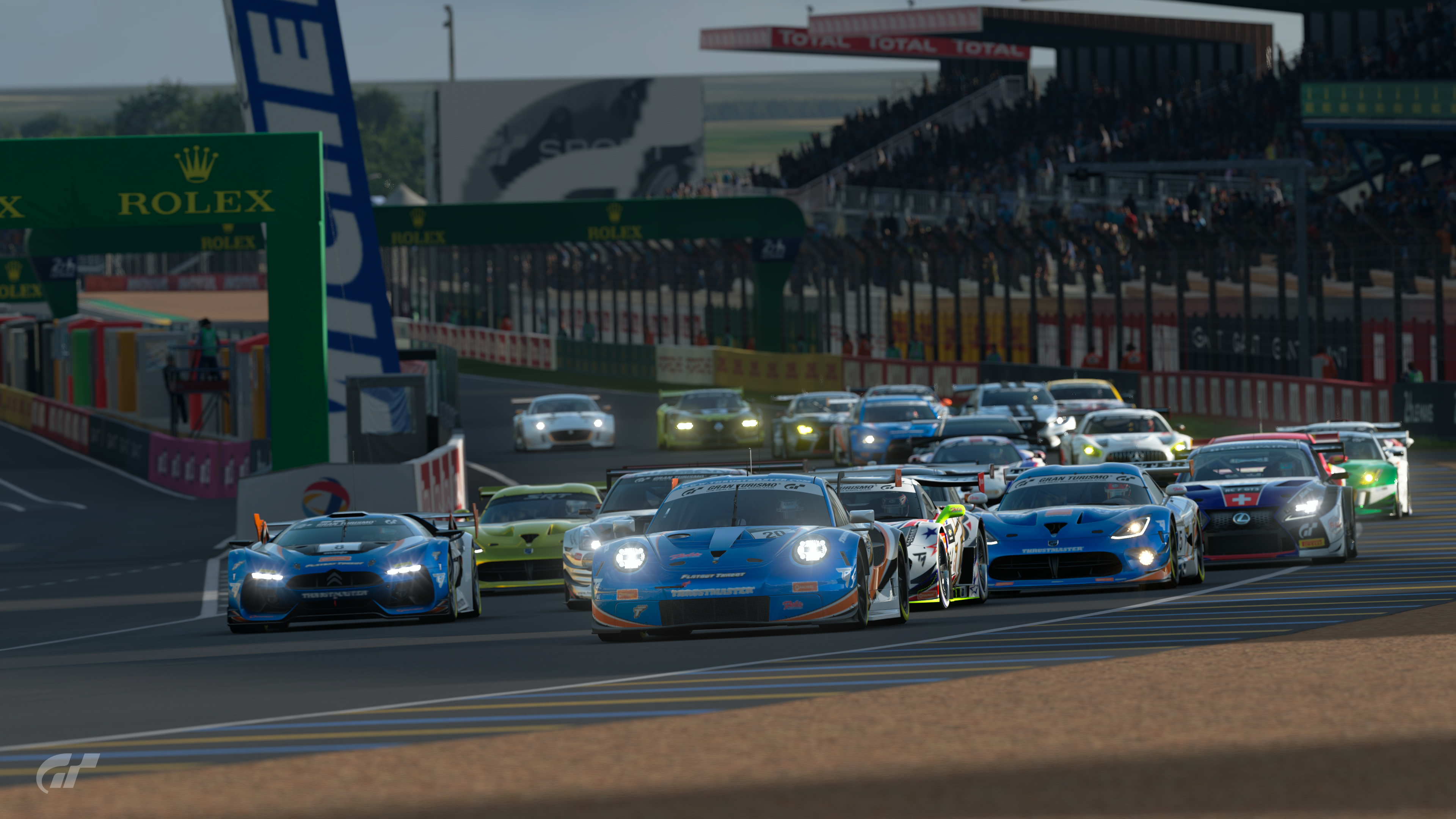 The FT group battled each other hard as soon as the green flag was went down. FT_Solid, in car No. 20 (Porsche), was overtaken by FT_Ant 's No. 14 (Chevrolet) at the Junodiere, but FT_Ant skillfully grabbed back the lead after drafting the Porsche and overtaking it.

On the second lap, gtr3123 in car No. 12 (Nissan), which started the race from outside the top ten, took the lead after passing FT_Ant's car #14 (Chevrolet) using his top-end speed advantage on the Mulsanne Straight. 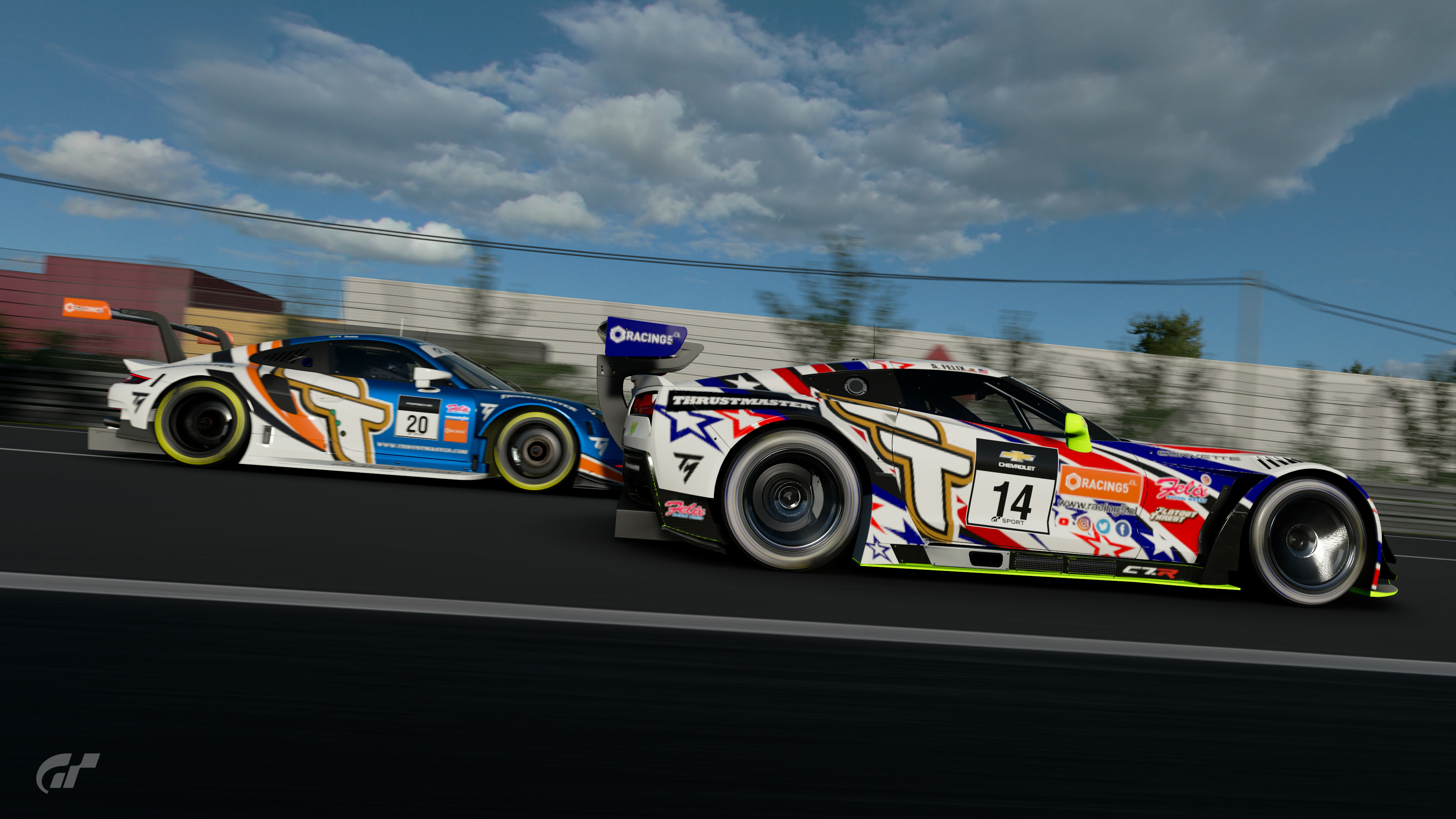 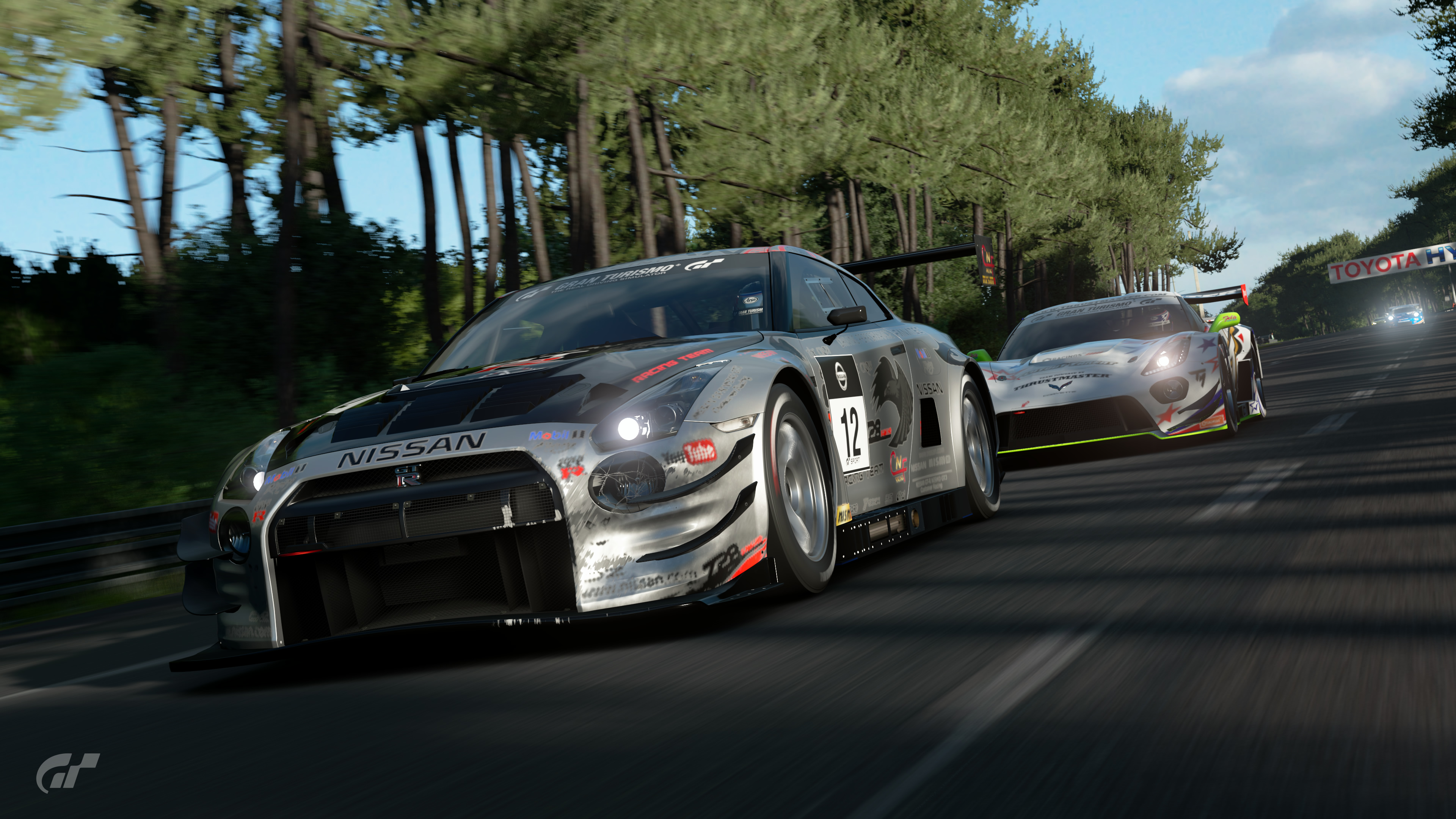 On Lap 3, the race leaders went into the pits, while Deafsun96 stayed out, opting to run a one-stop pit strategy. With all the drivers pitting at different times, the running order seemed to be changing by the second. 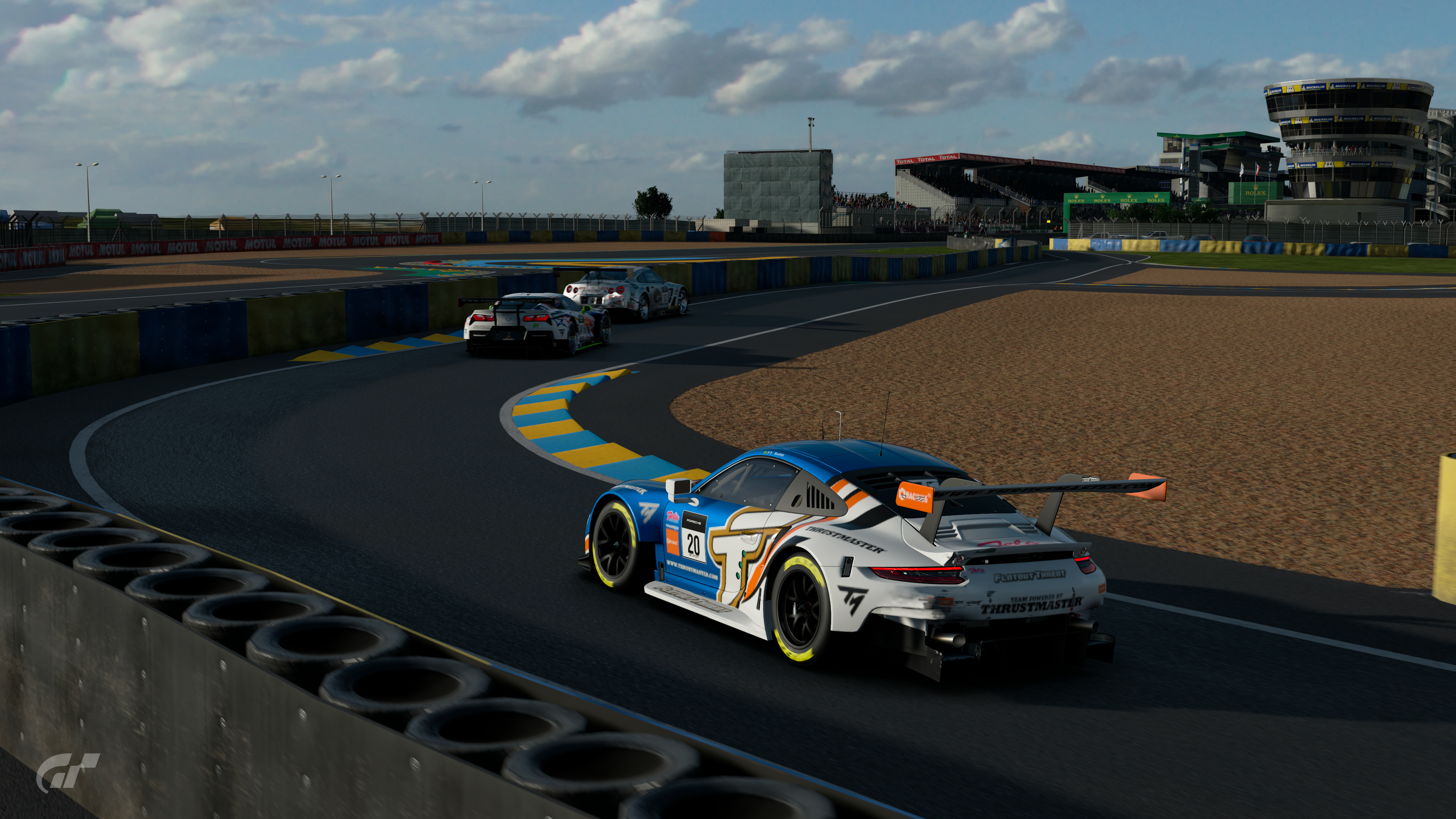 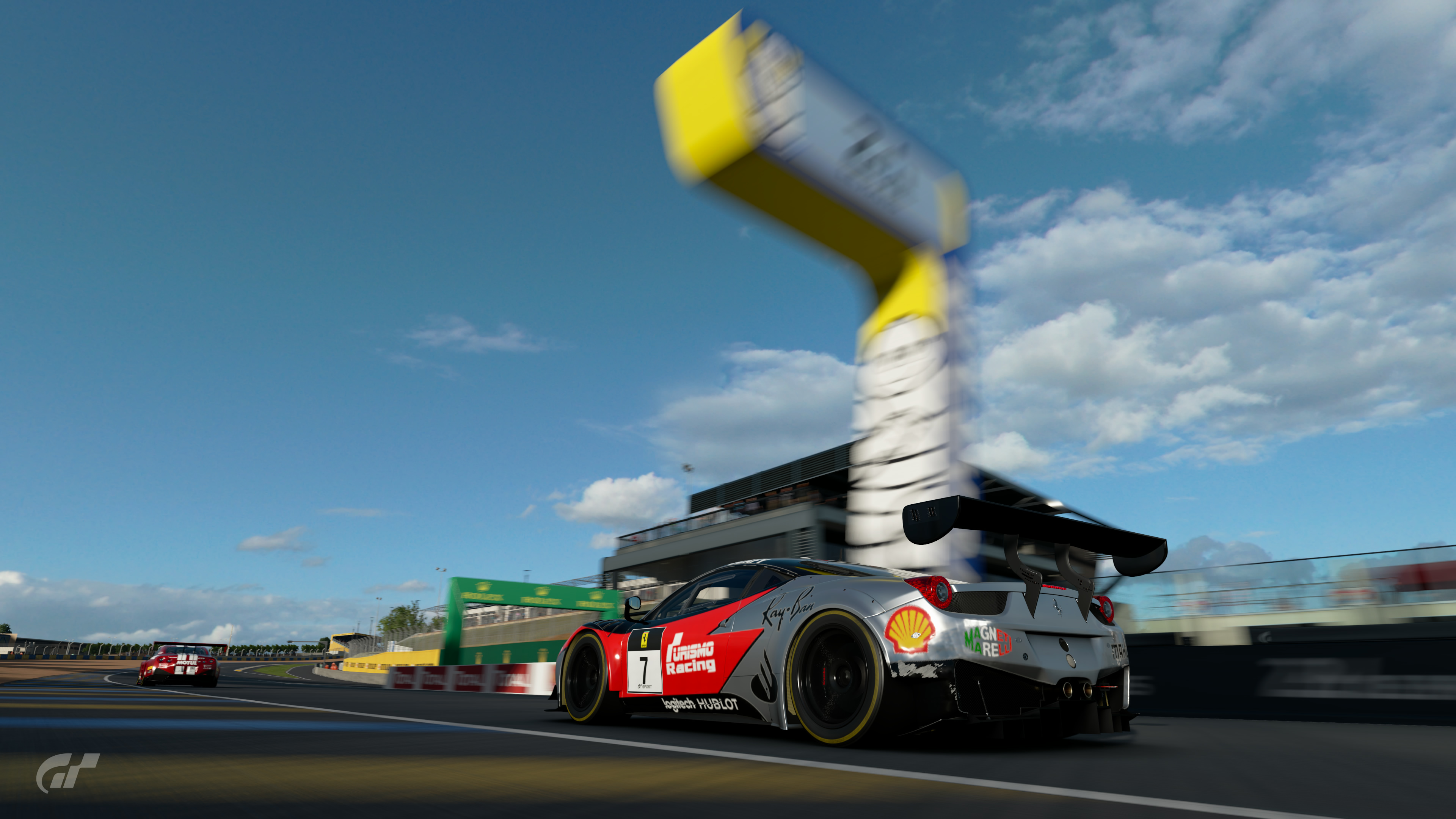 During the fourth lap, Deafsun96's Ferrari and TRL_doodle's Nissan pitted at the same time, which gave the top positions back to the cars running a two-stop strategy, with FT_Ant taking the outright lead. When Deafsun96 exited the pits, he found himself in 13th place. 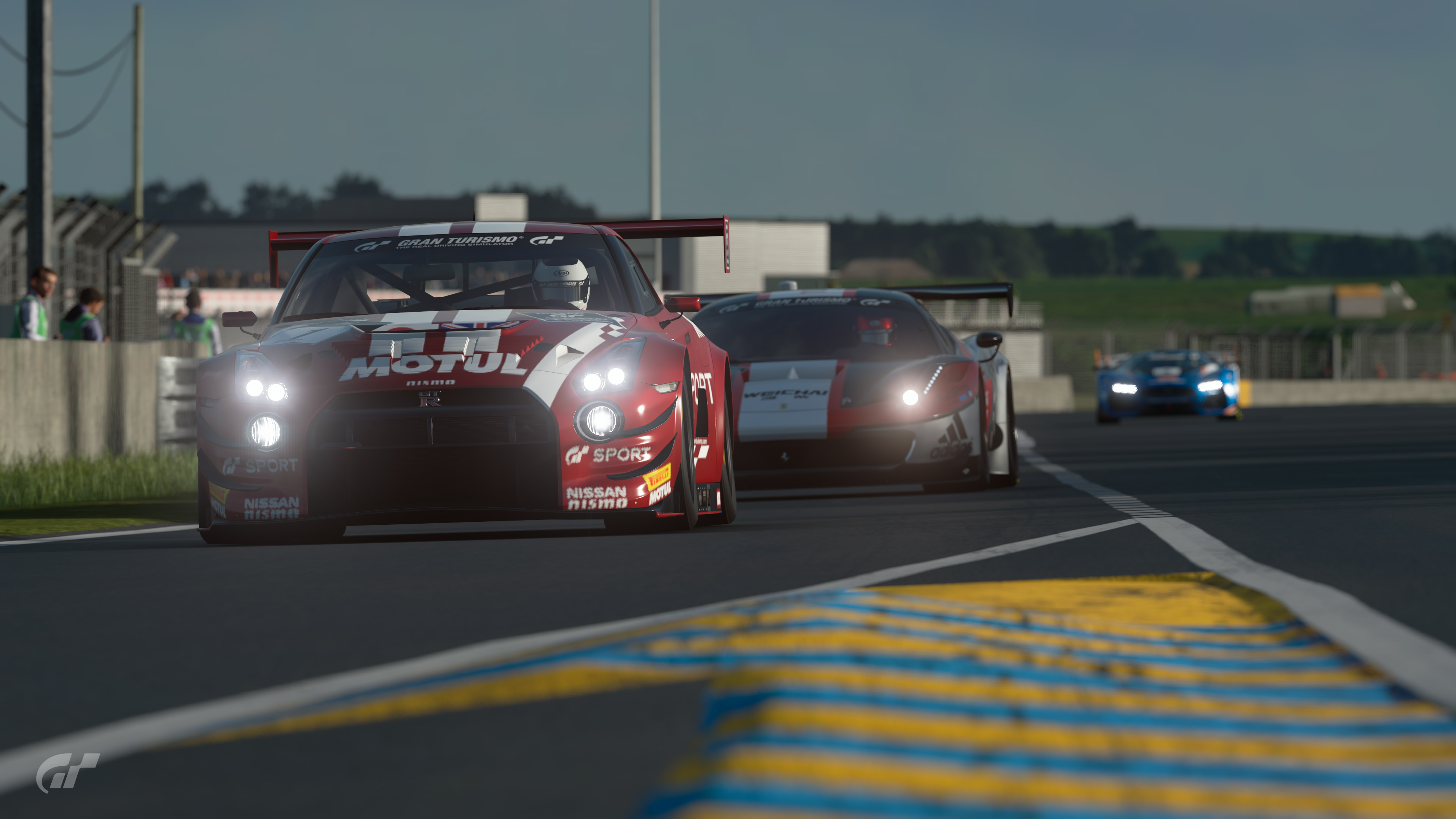 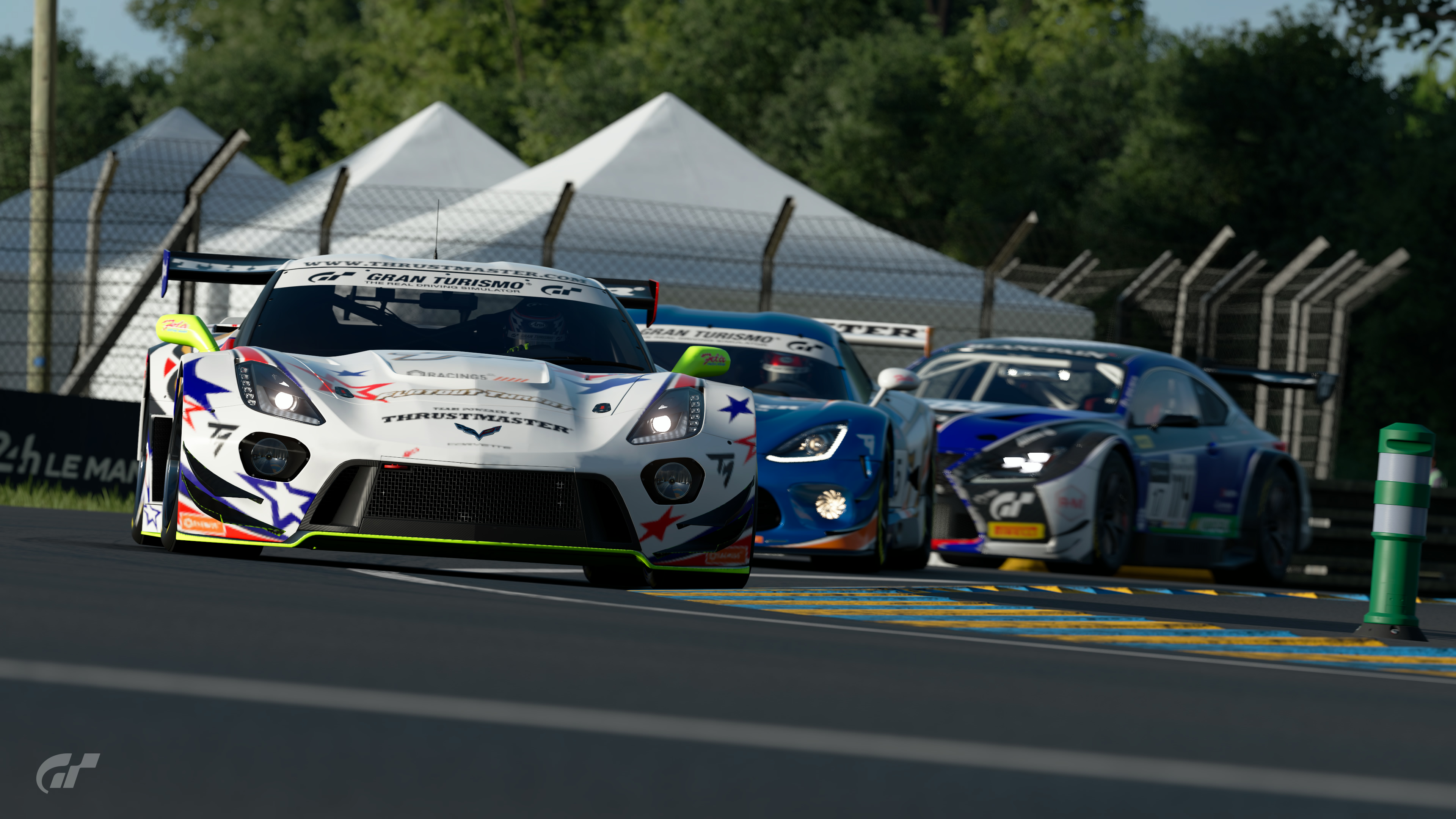 Then, the two-stop strategy group all pitted on Lap 6 (their second pit stop), which allowed Deafsun96 to make his way back to the top spot. The first to return to the track of the two-stop group was car No. 15, FT_Mcqueen91 (Dodge), which re-entered the race in 4th place. 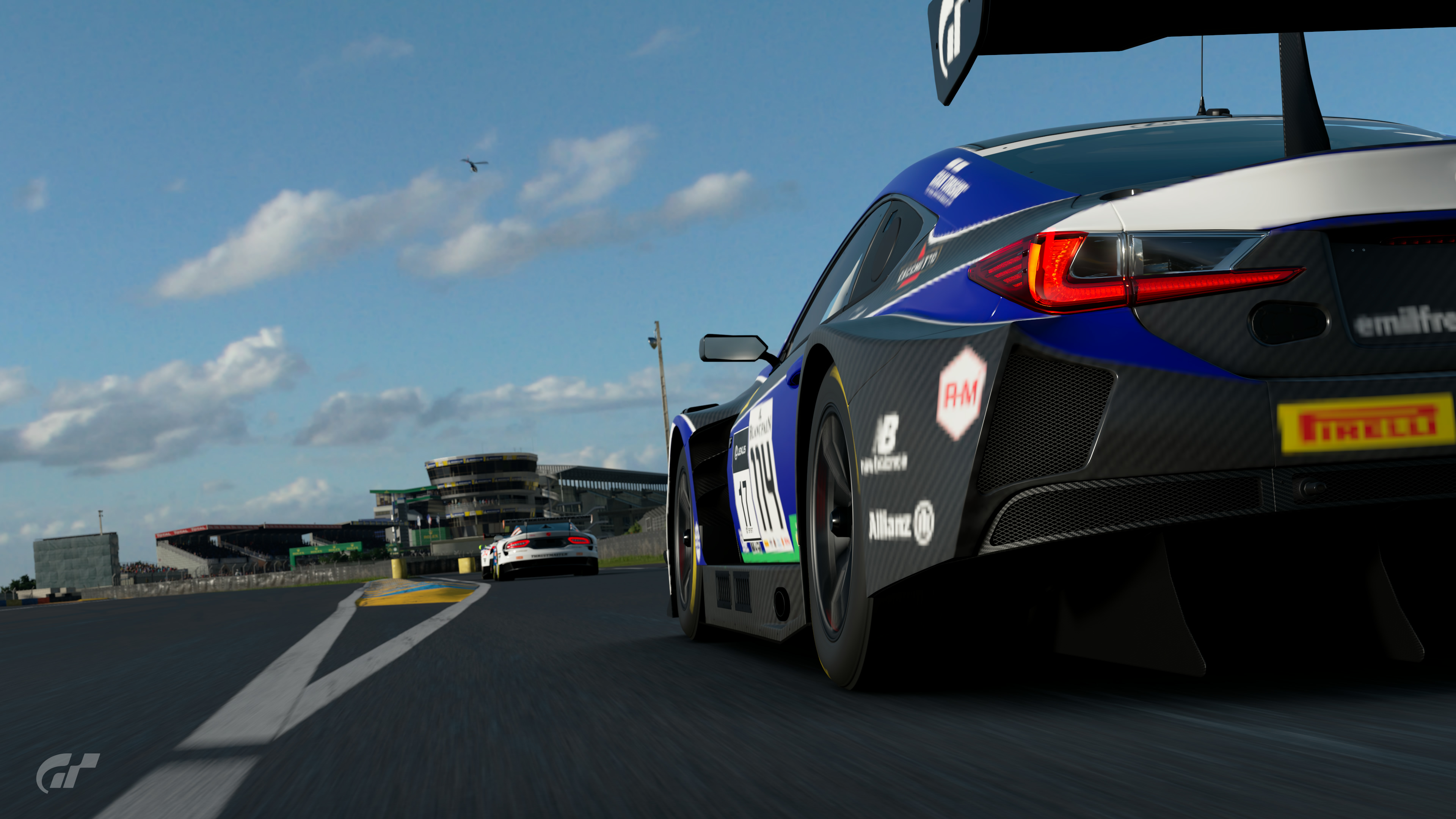 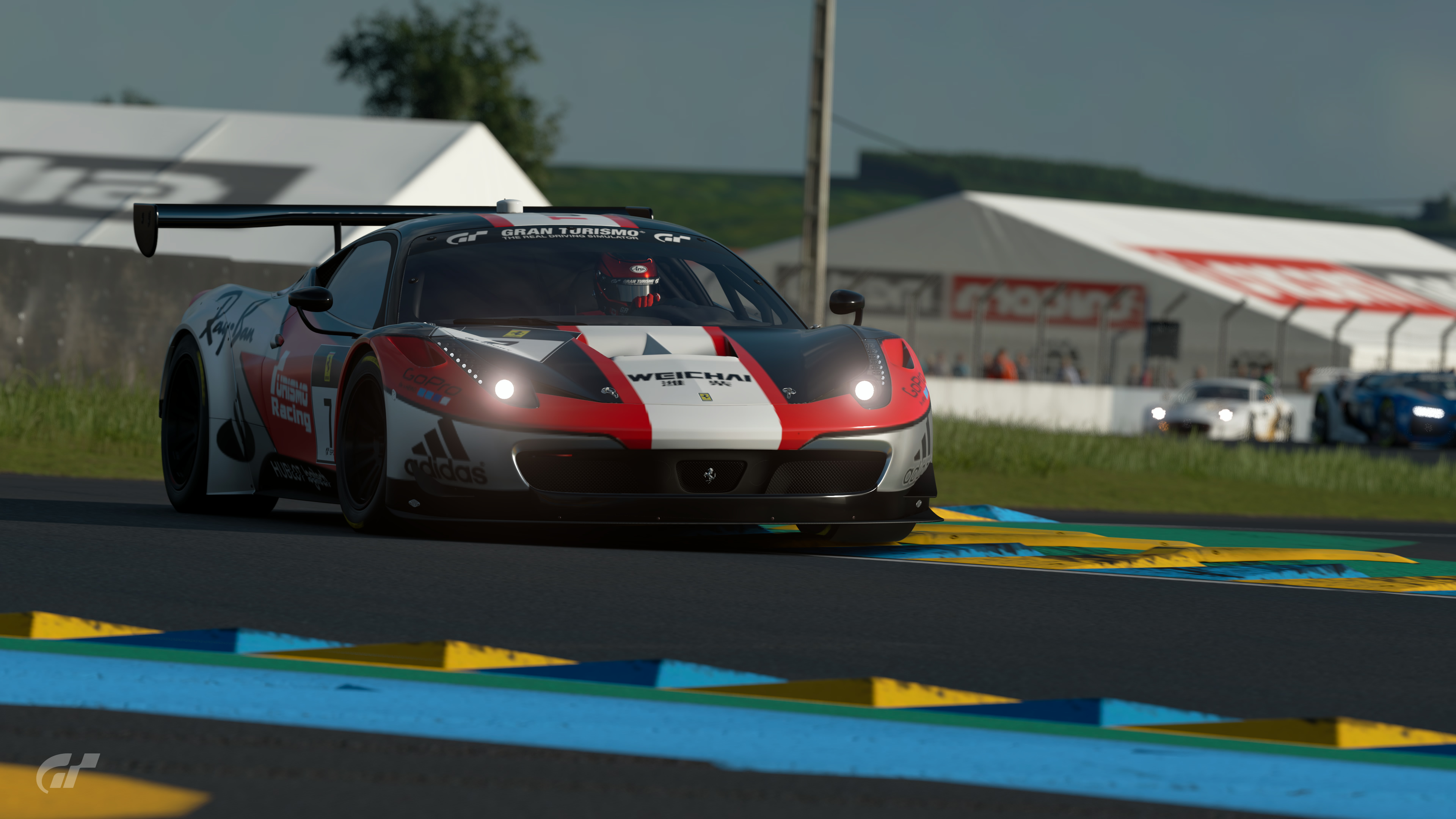 With fresh tires and a tankful of fuel, FT_Mcqueen91 went after Deafsun96 with a vengeance. But he couldn't reel the Ferrari all the way in because of Deafsun96's great tire and fuel management skills. 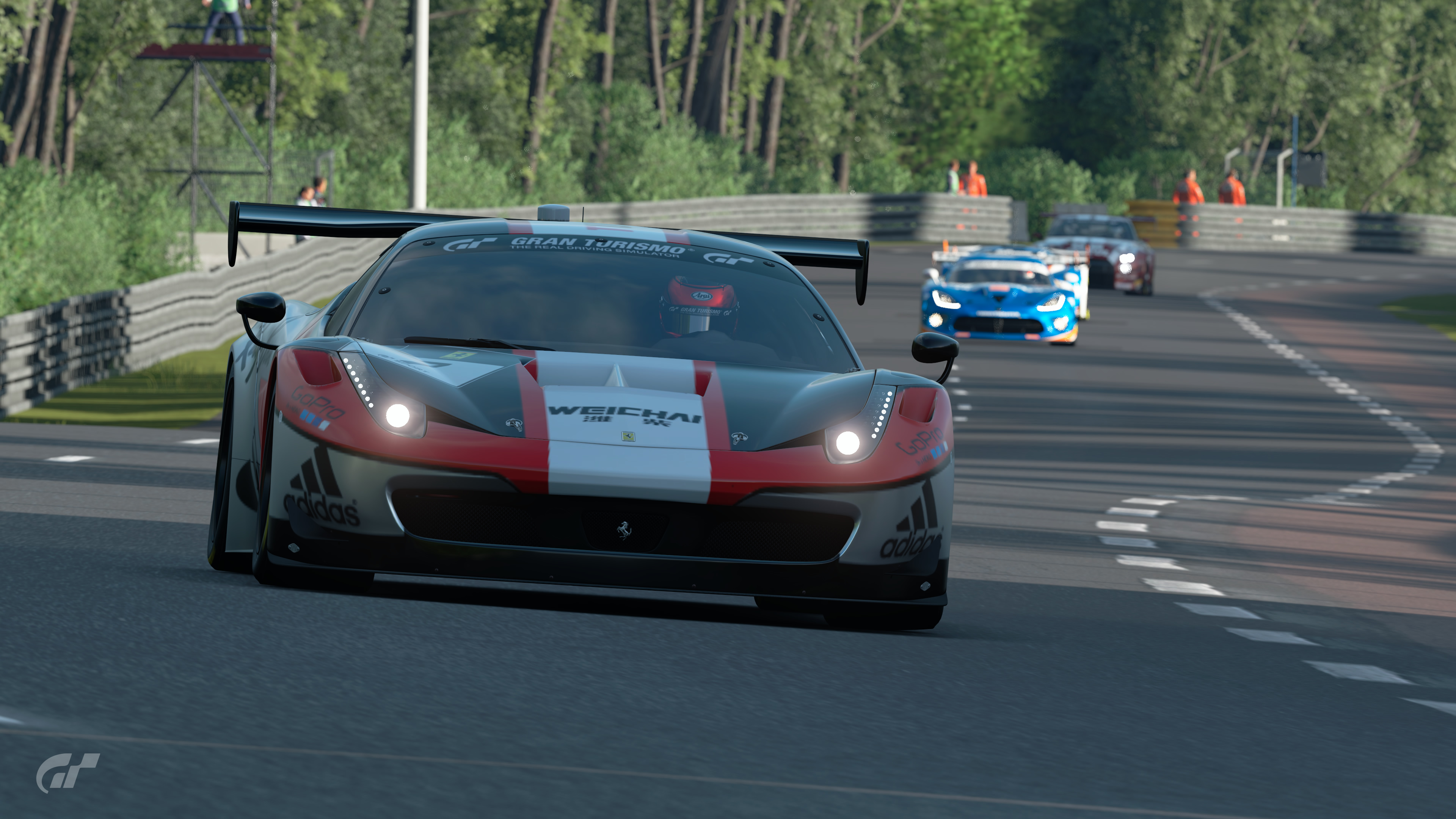 Deafsun96 kept his lead all the way to the finish line, claiming the checker flag.

It was a sweet victory for Deafsun96, who placed 2nd place last Season, losing only by a slight margin to FT_NicoR (BMW). 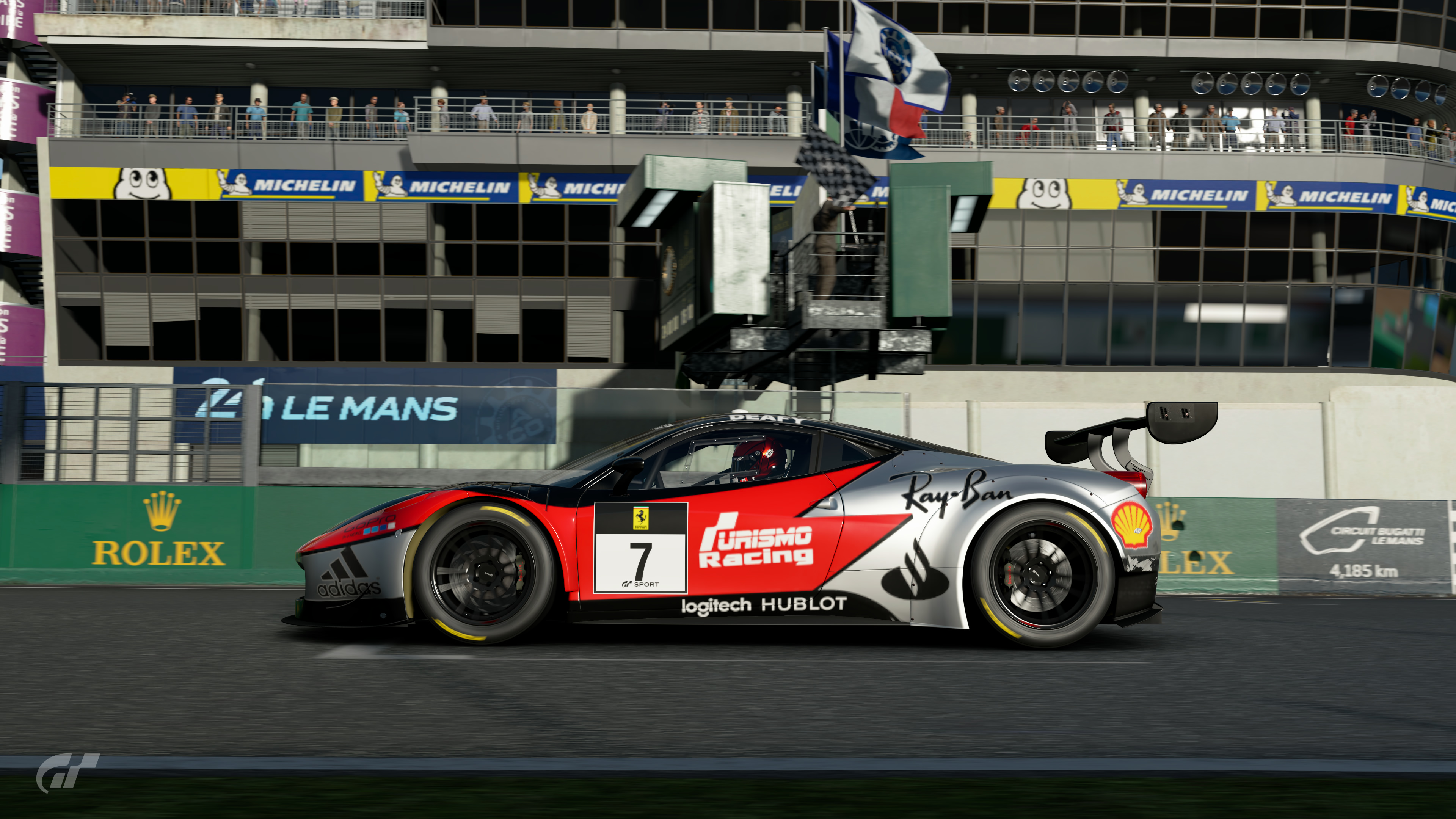