To classic car enthusiasts, the Pebble Beach Concours d’Elegance needs no introduction. Taking place every year in August, the event features hundreds of historic cars, displayed on the 18th fairway of the Pebble Beach Golf Course. Located about an hour away from San Francisco, the Concours is part of a week-long festival of car worship that includes Concorso Italiano, numerous auctions and the Historic Races at Laguna Seca. 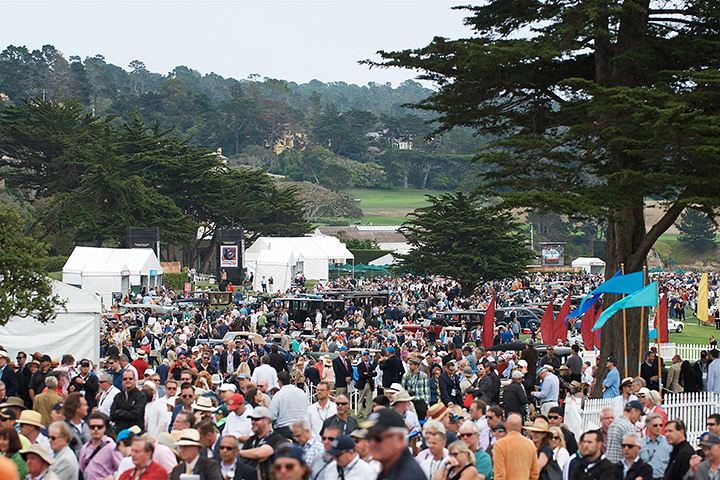 This year marks the ninth time the Gran Turismo Trophy has been awarded (the tradition began in 2008), with only the best sports and GT cars participating in the Concours considered. Many vehicles are more than worthy, and as is the case every year, choosing one winner proved extremely difficult. Here are the others that were in contention:

1933 Lancia Astura Aerodinamico
This car produced by “Castagna” Carrozzeria of Milan embodies the streamline body design that was popular in the early 1930s. 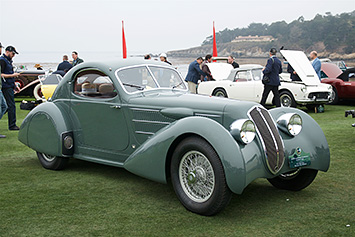 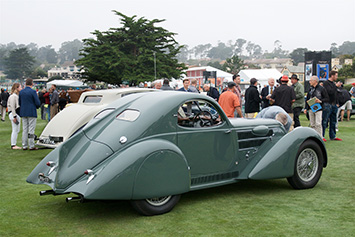 1949 Porsche 356SL
The 356 evolved from the People’s Car (Volkswagen), created by Dr. Ferdinand Porsche. In 1948 and 1949, 50 aluminum-bodied 356 coupes were produced, which were said to be prototypes for later models. Of these 50, four were taken to France by the factory works team to race in the 1951 24 Hours Le Mans. Tragically, three of them crashed during qualifying, but the remaining car made it to the end, finishing 20th overall and winning the 1100cc class. The car shown here is that Le Mans winning car. 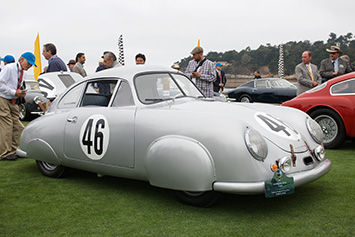 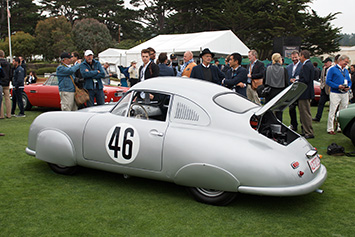 1937 BMW 328 Mille Miglia Buegelfalte
When it came to pre-war sports cars, the BMW 328, powered by a 6-cylinder engine, was indeed the ultimate driving machine. Only 462 examples were produced, of which three of them, possessing an in-house-designed roadster body, raced at the 1940 Mille Miglia. All three cars shined in the event, placing 3rd, 5th and 6th. It is said that the long sweeping design of the front fenders that connects to the rear fenders influenced many sports car designs of the 1940s and 1950s. And, in case you were wondering, the name “Buegelfalte” means “trouser crease.” 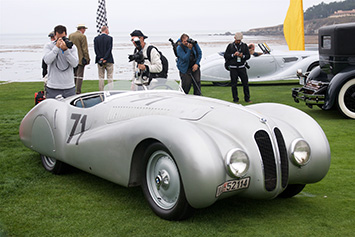 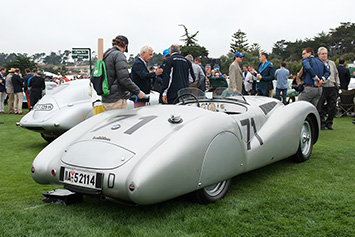 1970 American Motors AMX/3
Seeking to create its own niche in the American car landscape, American Motors refused to follow the path of the Big Three by offering the driving public unique vehicles that catered to enthusiasts. The AMX/3 is a prime example of that philosophy. This sports car was all business, armed with a 6.4-liter V-8 mounted amidships that came mated to a 4-speed manual gearbox. Unfortunately, the company experienced financial difficulties, and only five examples of this car were produced (another one came a bit later). One of them is shown here, and it’s evident that if the AMX/3 had a full production run, it would have given the De Tomaso Pantera, which came out about the same time, a run for its money. 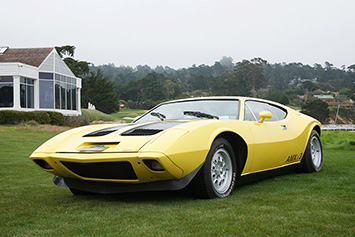 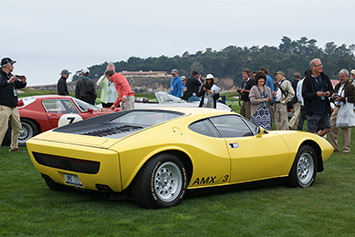 Bizzarrini 5300 GT Strada
Created by Giotto Bizzarrini, who helped give Alfa Romeo, Ferrari, and ATS their driving flair, the 5300 GT represents the strong desire of this brilliant engineer to make fast beautiful cars available to everyone. After having developed models such as the Iso Rivolta and the Grifo in the 1960s, Bizzarrini wanted to make a production version of the A3C, the race version of the Grifo; however, the executives at Iso turned him down. So Bizzarrini left the company and made his own production version of the A3C called the Bizzarrini 5300 GT. Although it wasn’t a commercial success, the car, whose lines were later refined by Giorgio Giugiaro, has a firm place in history as one of the most beautiful examples of mechanical Italian art ever. 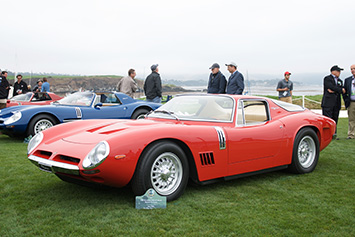 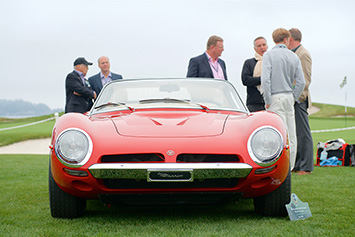 Of all the prime examples mentioned above, the automobile that we felt was the best of the best and truly worthy of winning the 2016 Gran Turismo Trophy, was the 1966 Ferrari 330 P4 Spyder. At the 1966 running of the 24 Hours of Le Mans, Ford dominated the podium with the GT40 Mk. II, prompting Ferrari to strike back with vengeance the following year. The weapon that they designated to achieve this task was the 330 P4. Armed with a 4.4-liter V-12, whose power was significantly raised thanks to its three-valves-per-cylinder design, the 330 P4 was a monster on the track. However, it failed to win the historic endurance race in 1967, but a couple of them did place a respectable 2nd and 3rd overall. The graceful body work, penned by Carrozzeria Drogo, incorporates a cockpit covered in a half domed aircraft-like canopy. The front is highlighted by Plexiglass-covered quad headlights and the profile resembles a wind-cutting missile. As one of the most sought-after Ferrari race machines ever, the 330 P4 has become the ultimate collector’s race car. This example, chassis number CH-856, is the car that placed 2nd at the 1967 24 Hours of Le Mans. 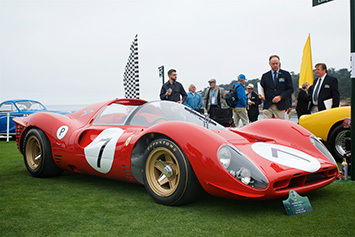 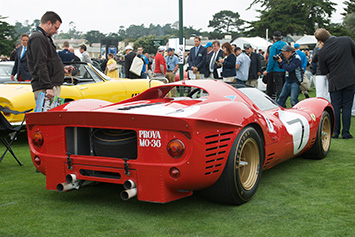 Many automobile manufactures decorated the Concours grounds with their own booths with their own special cars displayed within. BMW, celebrating its 100th anniversary, showed off its Art Car (painted by leaders of modern art), while Daimler presented the Vision Mercedes Maybach 6, a large prototype coupe. Ford brought all of its GT40s to Pebble in commemoration of the 50th anniversary of the GT40’s victory at the 24 Hours of Le Mans, and Bugatti proudly displayed the Bugatti Vision Gran Turismo, which attracted the attention of many spectators. 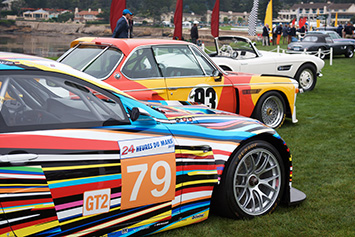 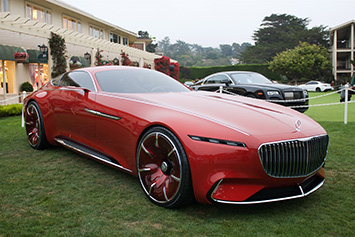 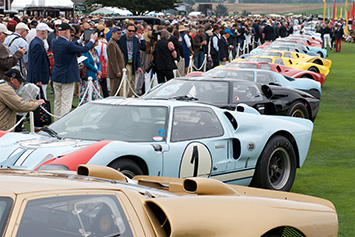 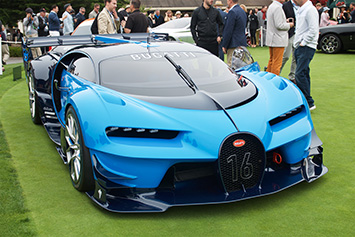 Last, but certainly not least. The Best of Show Award at this year’s Pebble Beach Concours d’Elegance went to this 1936 Lancia Astura Pininfarina Cabriolet. 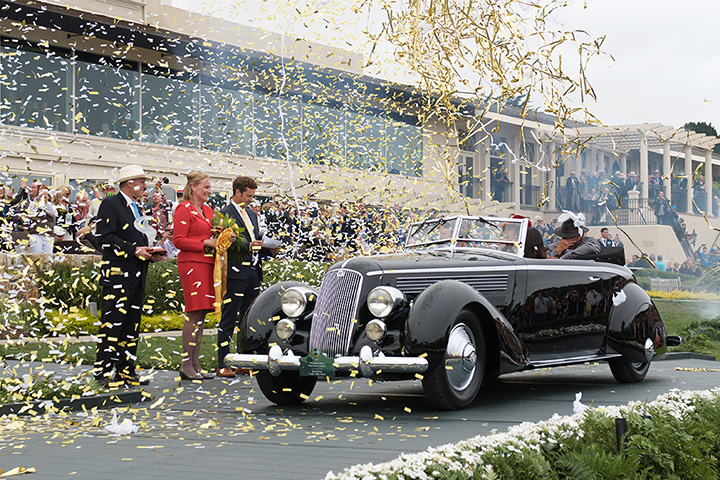