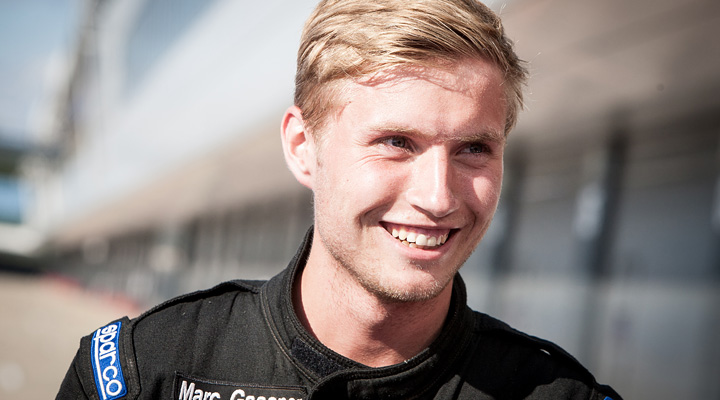 Marc was studying abroad at the University of Portsmouth when he took part in GT Academy Germany 2014. Fortunately, he didn’t have to travel far to join his fellow finalists at Silverstone, the home of British Motorsport, where he succeeded in seeing off all opposition to become next in line as a NISMO Athlete and professional racing driver for Nissan.

Marc was born and raised in Tönisvorst, Germany and his hobbies include photography, travel and badminton. He is also a lifelong fan of motorsport, and now plans to combine his love of both motorsport and travel as an internationally competing racing driver.

Having won one of the closest final races in GT Academy history, Marc became the third ever winner of GT Academy Germany. He now continues the intensive Driver Development Program in order to advance and hone his talents as a racing driver to the level required to compete with some of the world’s best. The starting point for this begins as he takes on the 24 hours race at Nürburgring in 2015.