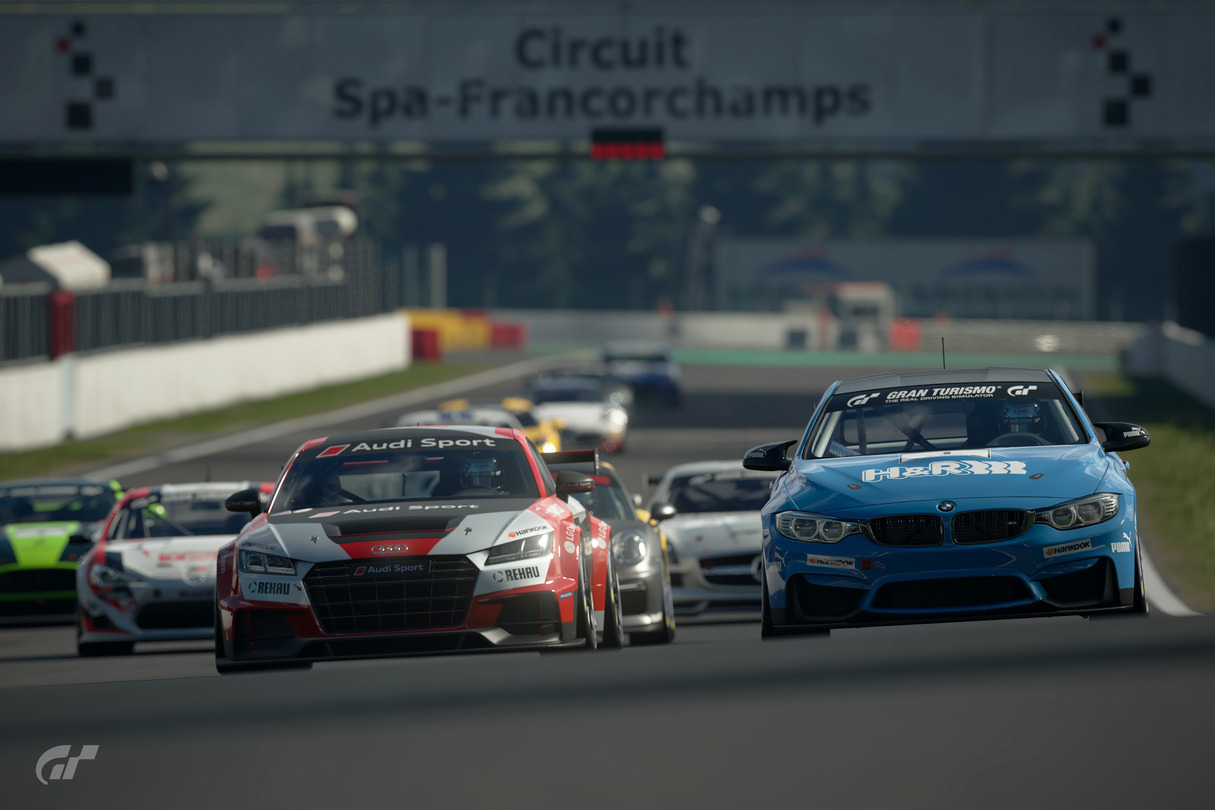 SYDNEY, Australia (15 February 2020) – The 2020 Series of the FIA Gran Turismo Championships got underway with the first World Tour event held in Sydney, Australia – the first time the event has been held Down Under. The always-competitive Manufacturer Series was the Day One fare on Saturday at a packed house in the Big Top venue at the Luna Park Sydney, located in the shadow of the famous Harbour Bridge just across the water from the world-renowned Opera House.

The favourites coming into the new season were Toyota, still riding the wave that took them to the top of the world championships last year, but the other manufacturer teams were all back stronger than ever for another shot at the prestigious title and a little bit of revenge.

The Manufacturer Series features 36 drivers representing 12 teams vying to take valuable points into the 2020 World Finals, which will take place later this year. Two races would take place – Race 1, and then a double-points Grand Final. Both races required a stint by all three drivers and the use of all three different-compound Michelin tyres (soft, medium, and hard).

“We’re now entering our third year in these championships, and every season there has been something new and unexpected. I predict the same for 2020. And our audience is growing, as we’ve seen a 300-percent rise in viewership from 2018 to 2019, meaning there will be many, many more people watching this Series unfold. I’m sure they are all in for one great show,” Gran Turismo creator Kazunori Yamauchi said.

It was clear from the qualifying round which teams were going to be the fastest, as BMW, Audi, Porsche, Mercedes-Benz, and Toyota all looked to have just a little bit more speed than the others. BMW had claimed pole for the maiden race, which was held at the famous Circuit de Spa-Francorchamps in Belgium. The 12-lap sprint in Gr.4 cars would be decided on which team employed the best tyre strategy, as BMW opted to start on the medium-compound tyres, while Audi and Porsche went with the softs. The action started as soon as the green flag dropped, with Martin Grady (UK) in the Audi TT Cup shooting his way past Chile’s Nico Rubilar’s BMW M4 through the first corner, followed by Angel Inostroza (Chile) in the Porsche Cayman GT4 Clubsport. The Mercedes-Benz SLS AMG, with Anthony Felix (U.S.) behind the wheel, had a disastrous start as it got caught in heavy traffic and was nudged off the track, dropping down two places before the first corner. 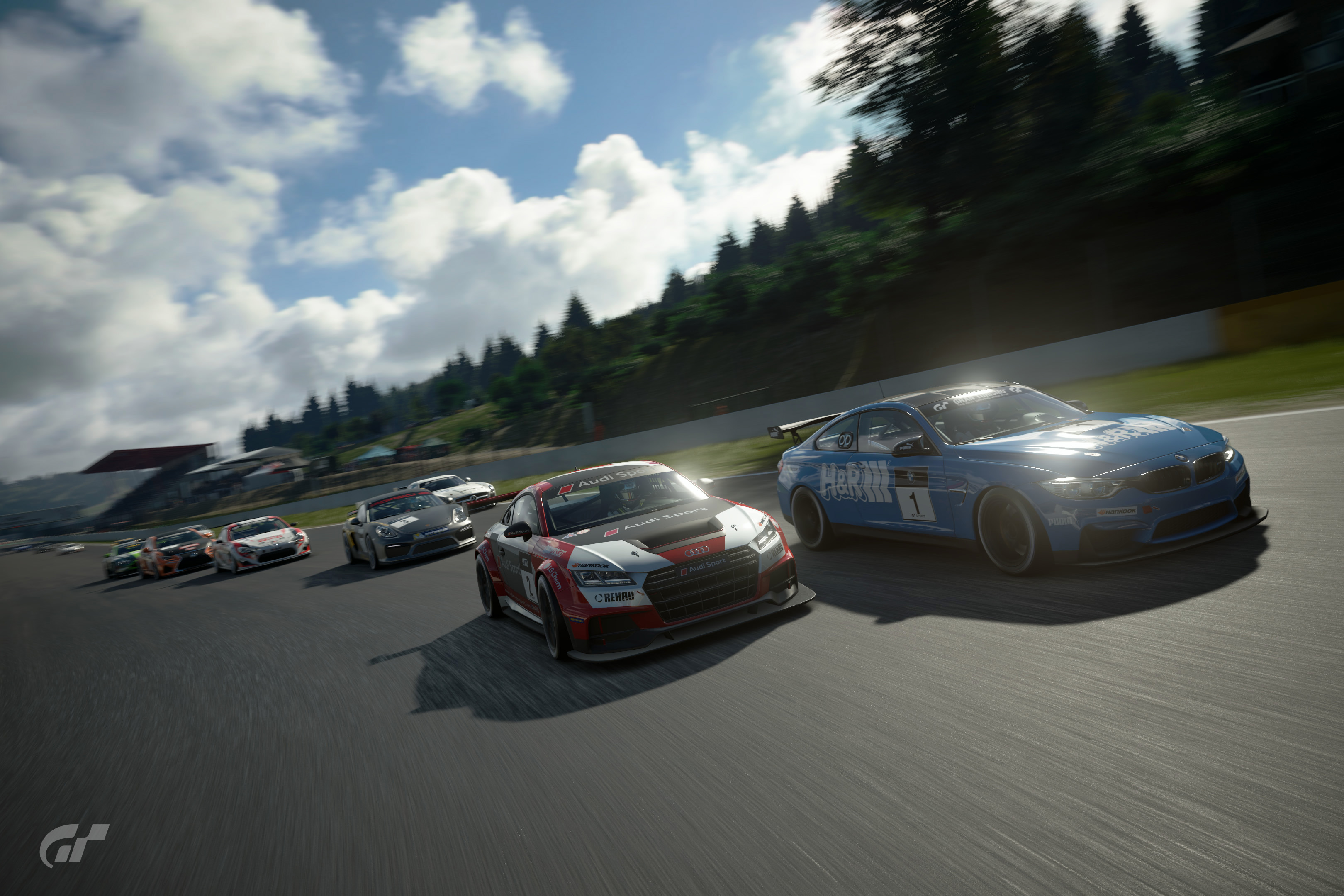 On the next lap, Inostroza in the Porsche overtook the front-wheel-drive Audi TT Cup through the Rivage to take the overall lead. The top three runners—Porsche, Audi, BMW, all Germans—went after each other relentlessly, opening up a 4-second lead over the field. On Lap 4, all the cars pitted, with the top three runners going to the hard Michelins, while Rayan Derrouiche of France, taking over for Tomoaki Yamanaka (Japan), slipped on the soft-compound tyres for his Toyota 86.

By Lap 6, it was evident that this contest was going to be a four-horse race, with Toyota slowly closing in on the race leaders. Then, in a daring move, Derrouiche shot his 86 past the BMW M4, now driven by Randall Haywood of the U.S.A. to claim P3, and followed that up with a pass against the Audi TT Cup for the 2nd place. With the Toyota on soft tyres and the Porsche on hards, it was only a matter of time until Derrouiche took the overall lead. Now, it was up to Toyota to build a big enough lead before changing to the mandatory hard-compound tyres after the next pit. 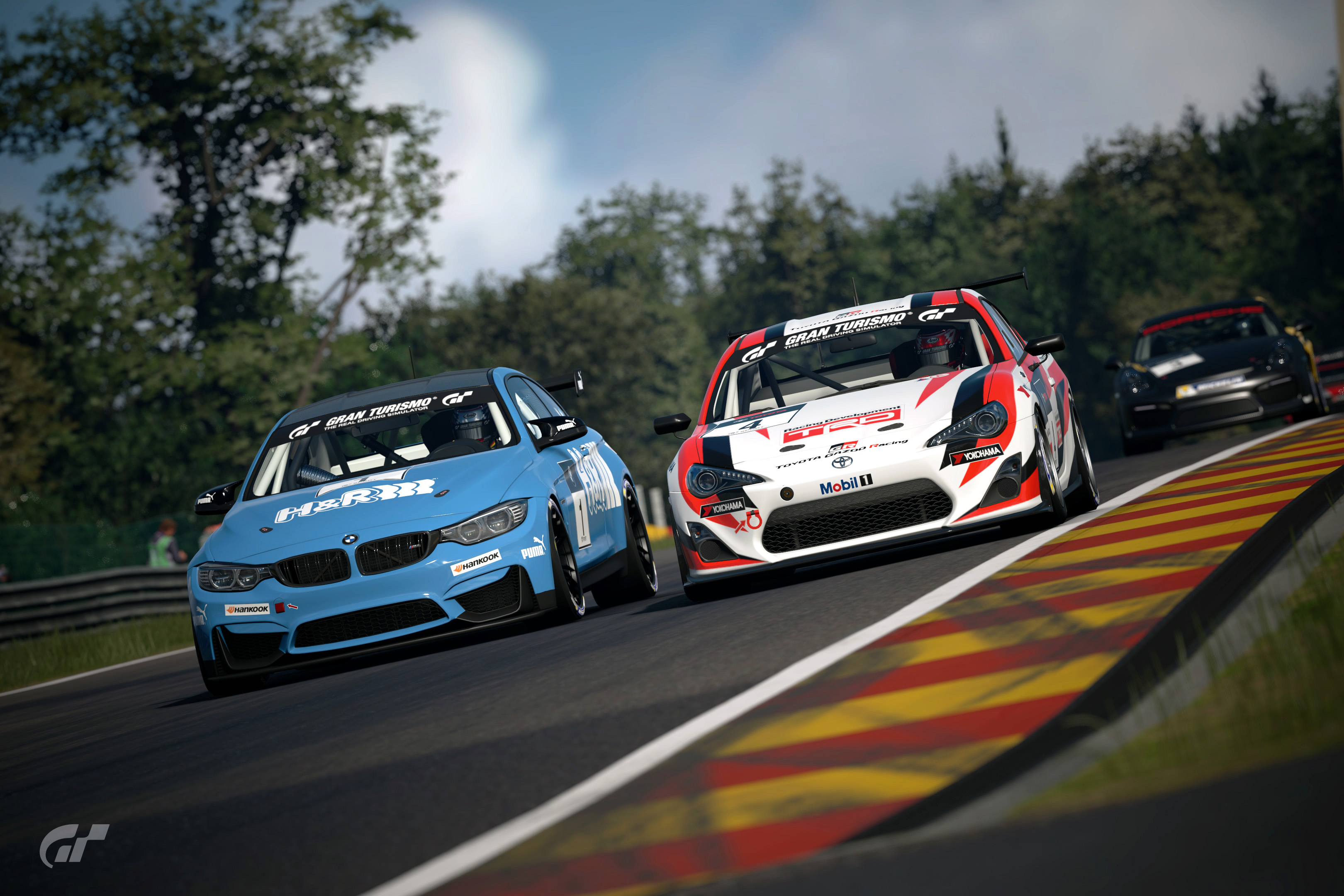 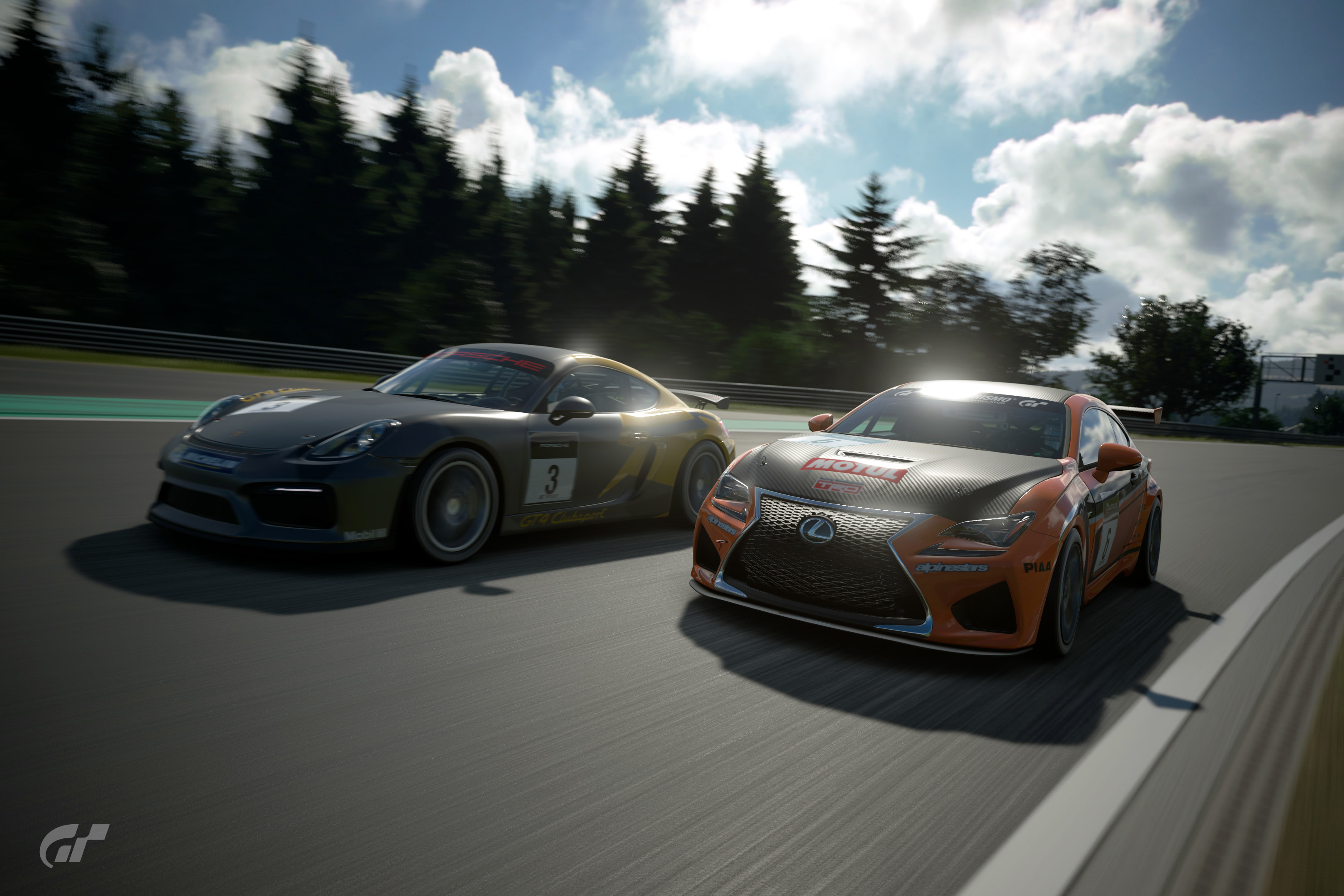 Lap 8 saw the leaders dive into the pits, as BMW, which saved the soft-compound tyres for its last stint with Coque López driving, quickly got by Mathew Simmons in the Porsche. All the while, Lexus, which also saved the soft tyres for last, was quietly moving up the leaderboard. By Lap 10, Toyota had exhausted its entire lead, as López jumped all over the 86’s rear bumper, setting up Simon Bishop (New Zealand) for a pass through the Rivage hairpin. It was like taking candy from a baby as the Bimmer easily got by and took the overall lead and ultimately the chequered flag. Meanwhile, Baptiste Beauvois (France) in the Lexus had caught the leaders and overtook the Porsche and Toyota to finish in 2nd place, followed by Porsche. 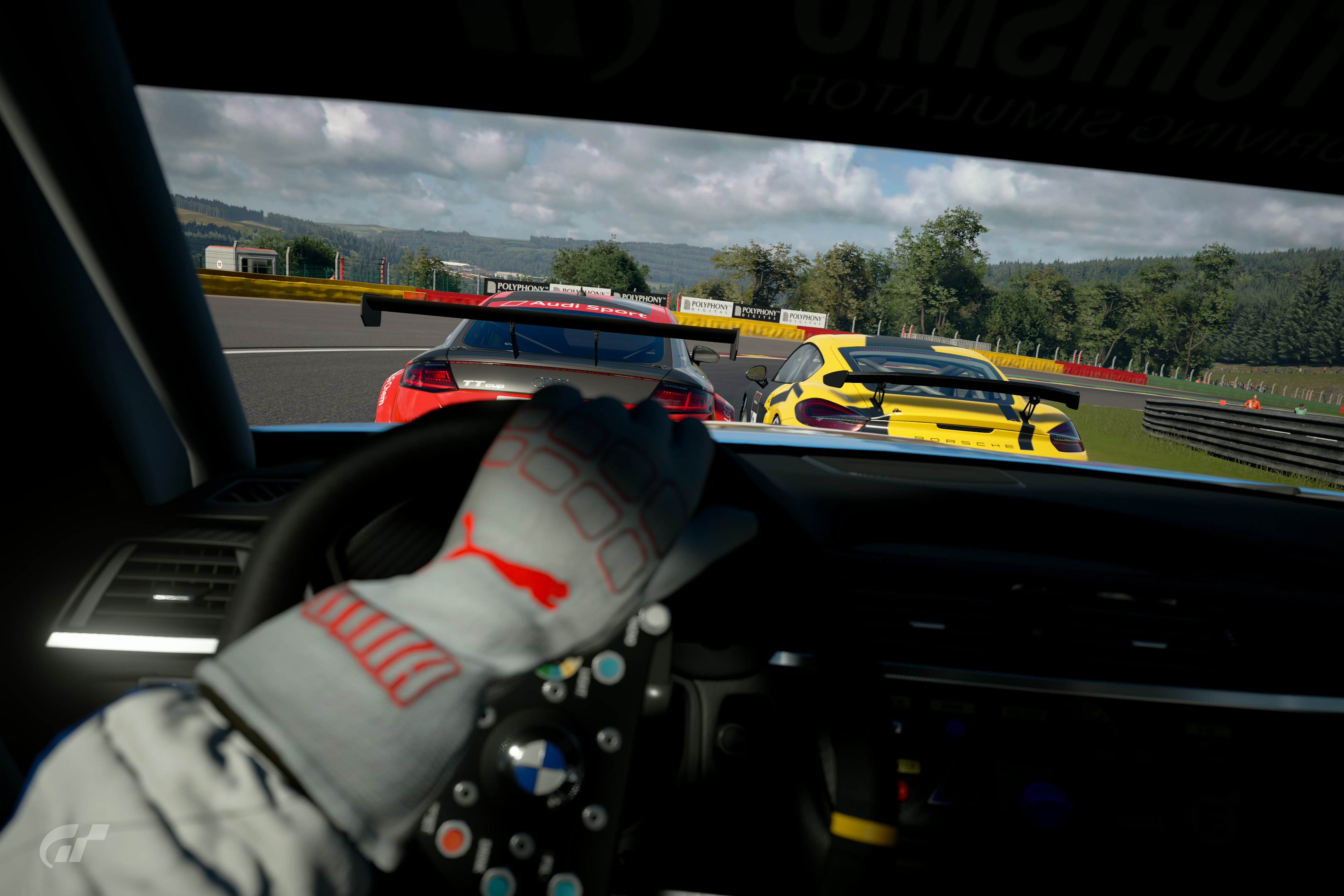 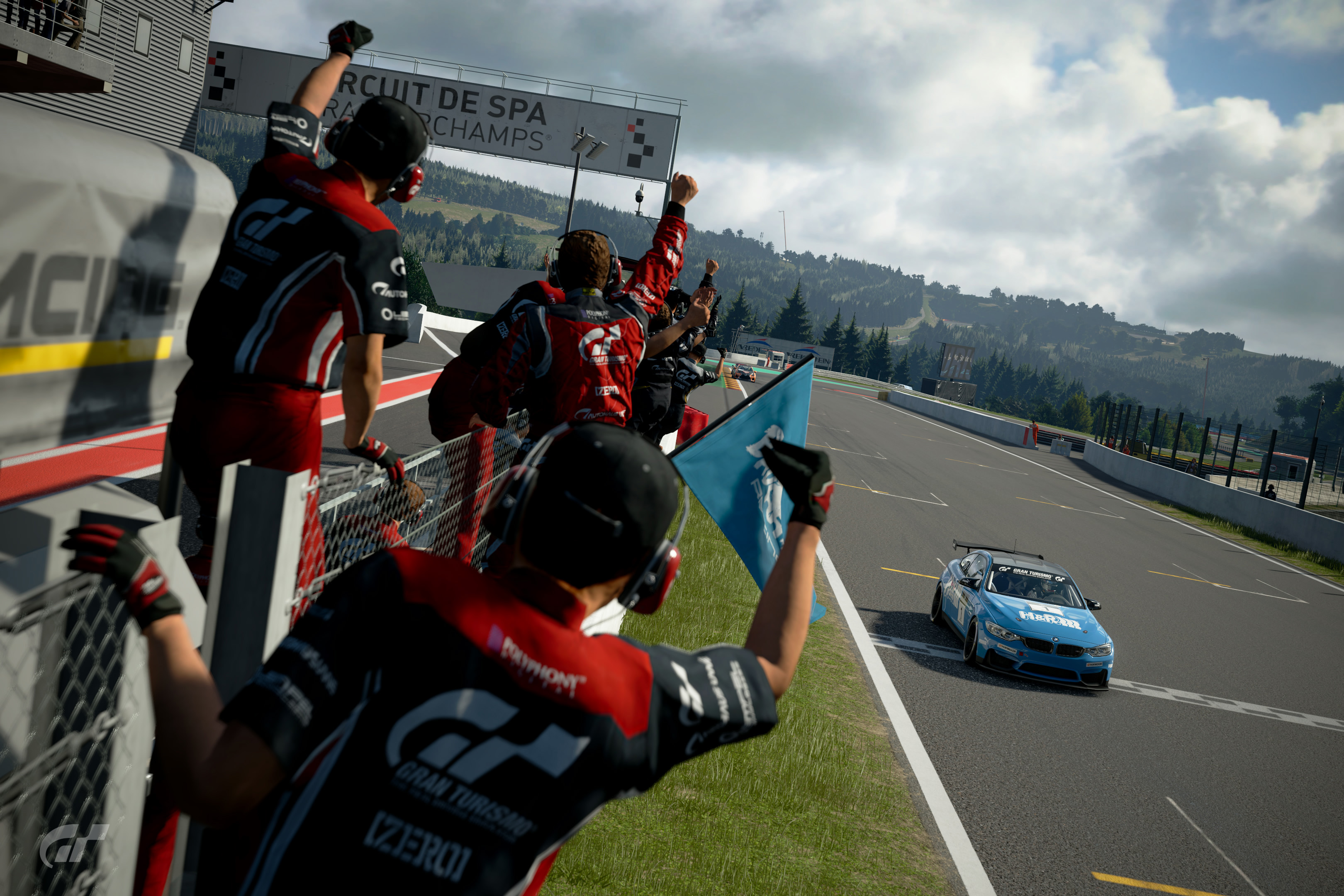 With the points worth double in the 20-lap endurance race around Australia’s Mount Panorama Motor Racing Circuit, a tricky road course with long straights and a series of super-tight corners, it was still anyone’s championship for the taking. By winning the first race, BMW sat on pole, with Rubilar behind the wheel of the Gr.3 race-prepped M6 GT3. This time, however, the team went with another tyre strategy, opting to start the race on the fastest tyres (the softs), while P2 through P4—Lexus, Porsche, and Audi—ran on mediums. 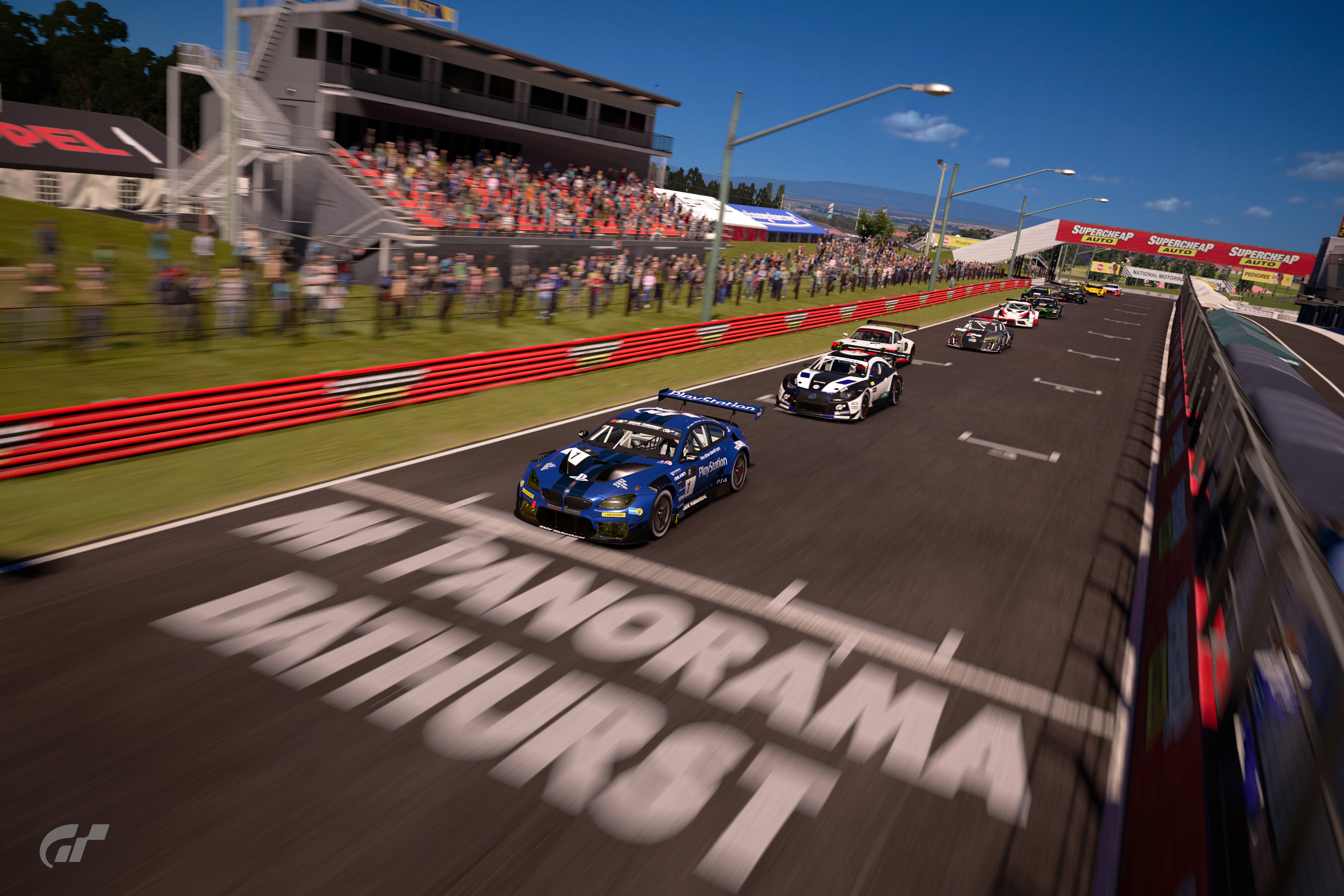 Immediately after the rolling start, the 7th-place Jaguar F-Type, driven by Vinicius Neto of Brazil, was punched off the track by Bernal Valverde (Brazil) in the Mercedes-Benz AMG GT3 dropping it to last on the grid. Mercedes-Benz was assessed a crippling 4-second penalty for the incident, putting its dream of winning out of reach. Rubilar, showing amazing flair behind the wheel of his M6, opened up a 4-second lead on Lap 3, which turned to a 6-second advantage by Lap 6. Then, Lexus took P3 away from Audi through Turn 23, the final corner. On Lap 8, Porsche, Lexus, and Audi all pitted, switching to the hard tyres, saving the softs for the end of the race, employing the exact opposite strategy of BMW because on Lap 9, Rubilar, who built up a 28-sec. lead by this time, took on the medium tyres. The M6 returned to the track 10 sec. ahead of the pack with Haywood driving. 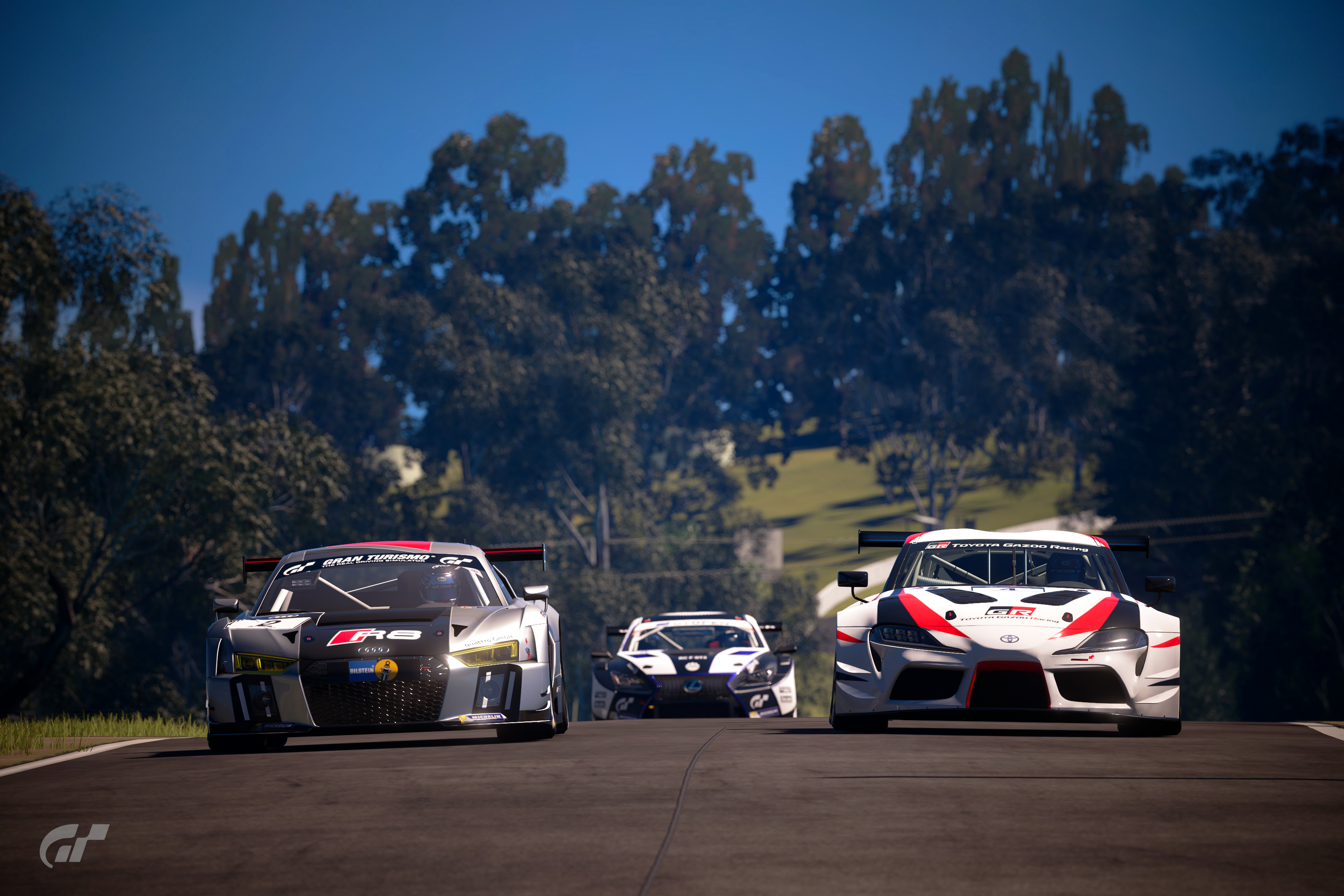 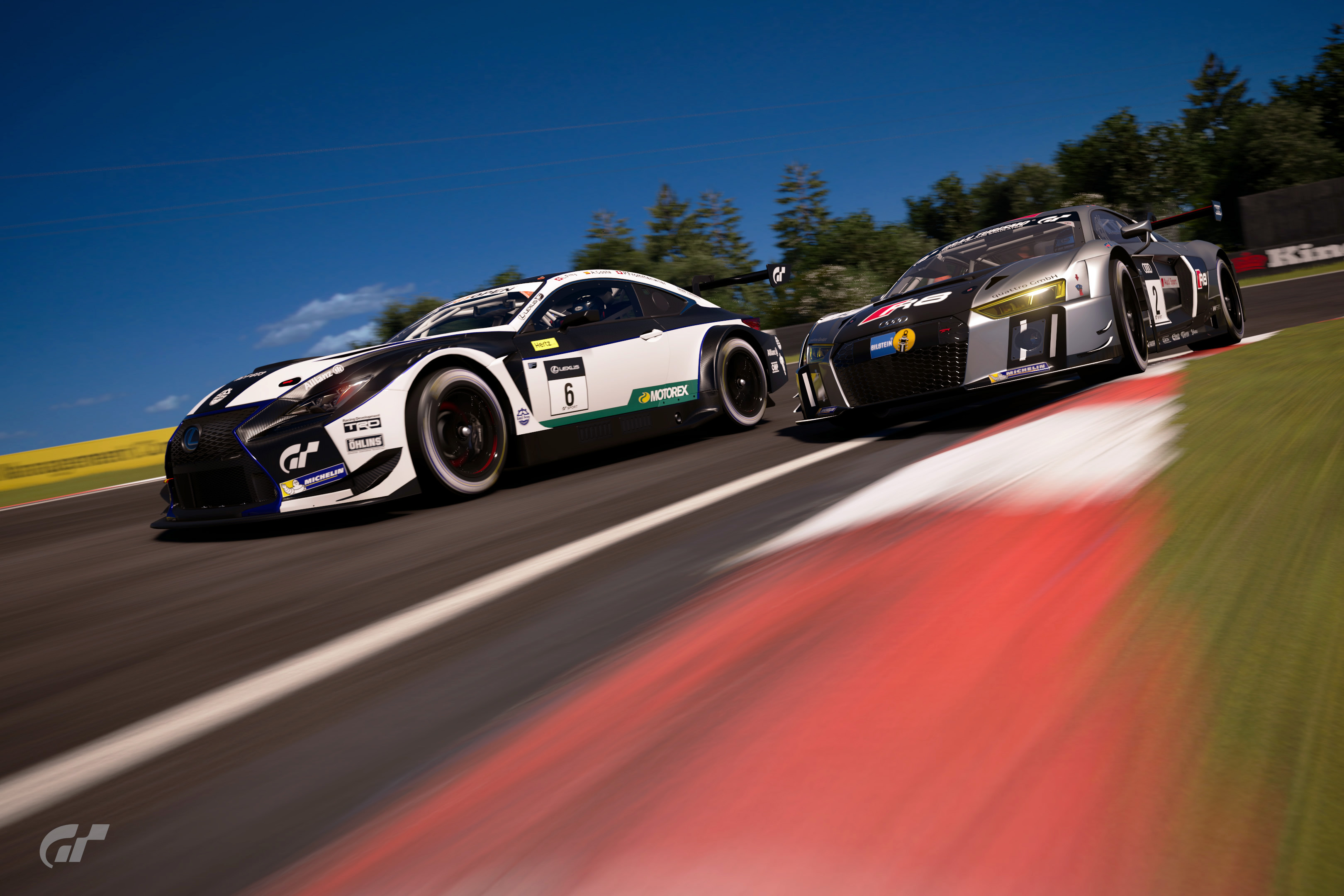 At the halfway point, it was: BMW, Porsche, Audi, Toyota, and Lexus that made up the top five. By Lap 12, it was obvious what was going to determine the race winner: Can the BMW on the medium-compound tyres open up a large enough lead over the challengers on the hard-compound Michelins. By the next pit stop, BMW had again opened up a 28-sec. lead and came out of the pit lane with hard-compound tyres and an 8-second buffer over the Porsche 911 RSR. On Lap 19, the Porsche on the fast soft-compound tyres trimmed the lead down to 5 seconds, but with only one lap left to go there wasn’t enough laps left for it to catch López in the M6 GT3. 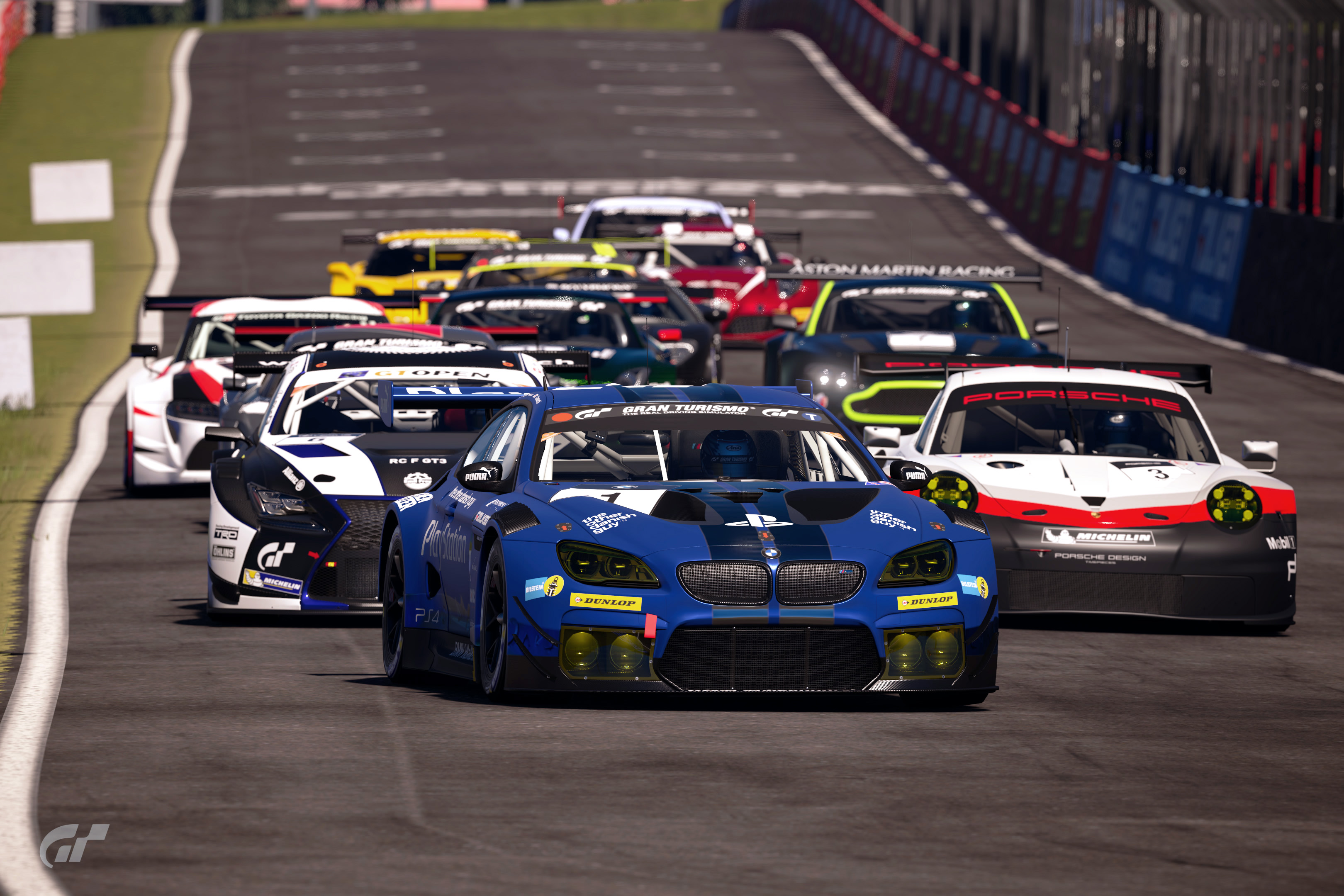 In the end it was the brilliant tyre strategy of Team BMW—Rubilar, Haywood, and López—that allowed it to take this race and the championship, dominating the day with the maximum 36 points. Porsche (28 points) and Lexus, the 2018 champion (26 points), also had a great showing rounding out the podium for an exciting opening day of the 2020 Manufacturer Series.

Team BMW’s Coque López said after the win: “The first race, where Nico just drove brilliantly on the medium-compound tyres, holding his own against the other cars on the softs really set the tone for us today. And yes, our tyre strategy really paid off, but it was the excellent driving of my teammates, Nico and Randall, that really won the day for us.” 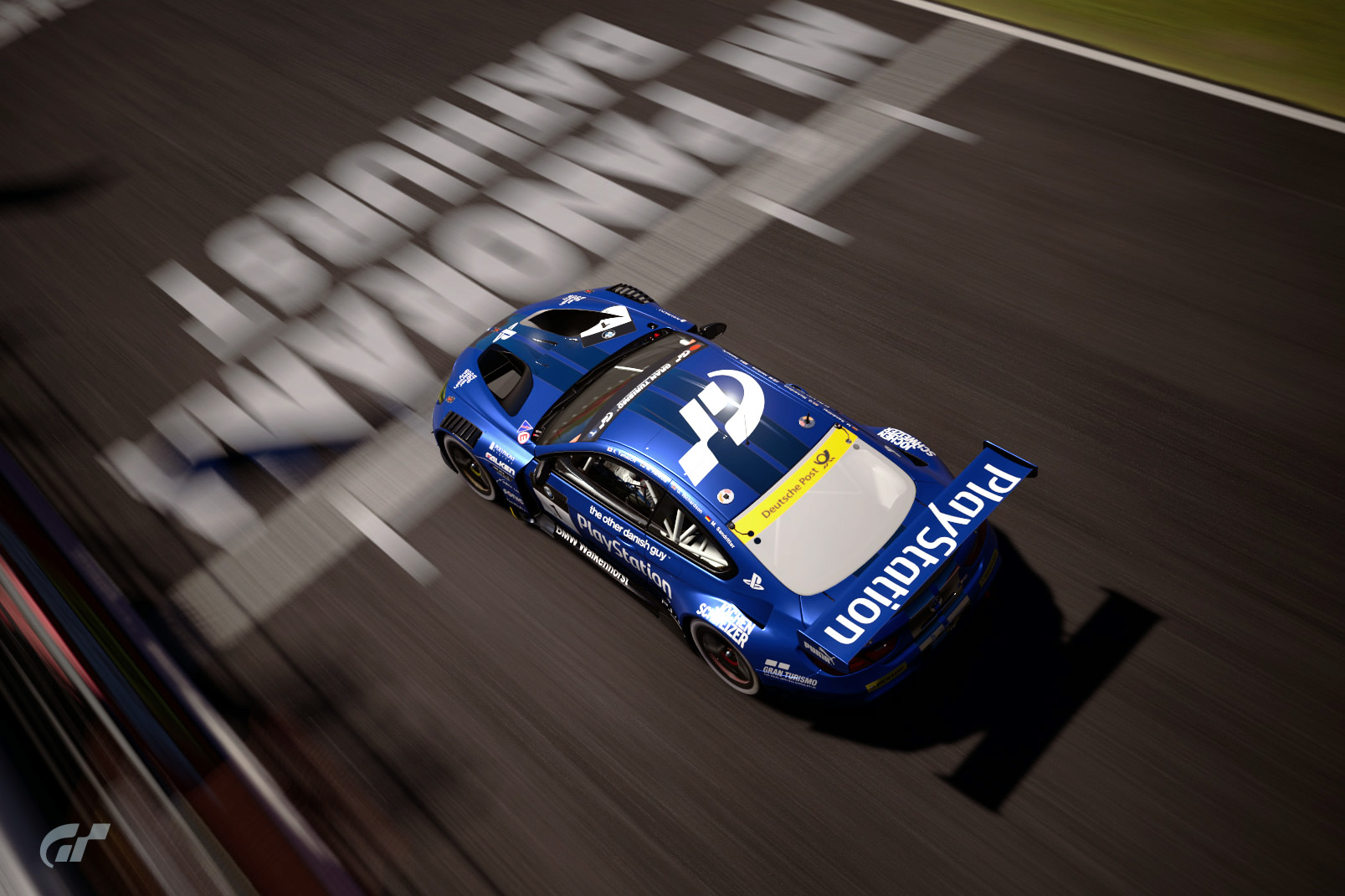