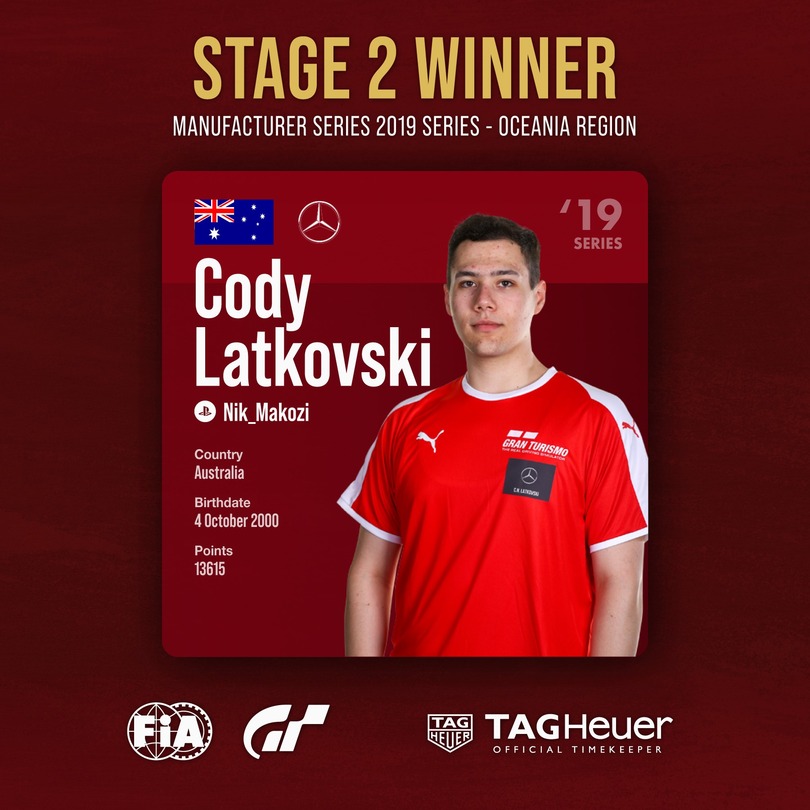 MANUFACTURER SERIES
Excitement at the Top of the Table as Mercedes-Benz (Nik_Makozi) Claim the Title!
2019 Manufacturer Series - Stage 2 (Oceania Region)
09/09/2019

The second stage of the Manufacturer Series got underway on August 3rd. Jaguar (AE_Kenomos) were top of the pile heading into the stage, with Mercedes-Benz (Nik_Makozi) hot on their heels.
Mercedez-Benz (Nik_Makozi) had been unfortunate to miss out on the first stage title following network trouble in the "Superstars" round which saw the top 16 drivers going head-to-head. This time around they applied themselves to the races with a special determination, managing to score 2,642 points in Round 15.
Jaguar (AE_Kenomos) took part in Round 12 and Round 19, but were unable to add to their points total.

Mercedez-Benz (Nik_Makozi) had led from the start of the race, and had kept up a good pace throughout as they completed a victory that meant they sealed the 2019 Manufacturer Series.
It was a very close call, however. Had Jaguar (AE_Kenomos) not made that one mistake on the very last chicane, the title would have been theirs. Nik_Makozi may be king of Australia for now, following his wonderful results in the World Tour, but there is no doubt that he now has a formidable regional rival. Next season's Manufacturer Series promises to be truly gripping.