The Victory Bonuses for the "FIA Gran Turismo Championships 2018 World Finals" have been distributed.

The Victory Bonus is awarded to players whose accounts for PlayStation™Network belong to the countries (or locales) that won the regional brackets of the Nations Cup, as well as to those who have an in-game contract with the winning car manufacturers in the Manufacturer Series for each region. These bonuses are awarded as in-game Credits and Mileage Points.

In celebration of the first ever FIA-certified Gran Turismo Championships, we will award the Victory Bonus to those who are affiliated with the 1st to 3rd place finishers at the World Finals. The bonus Credits and Mileage Points will be distributed as follows(*):

*For the Manufacturer Series, those who had a contract during the Final Season with the winning manufacturer will be eligible for the bonus. 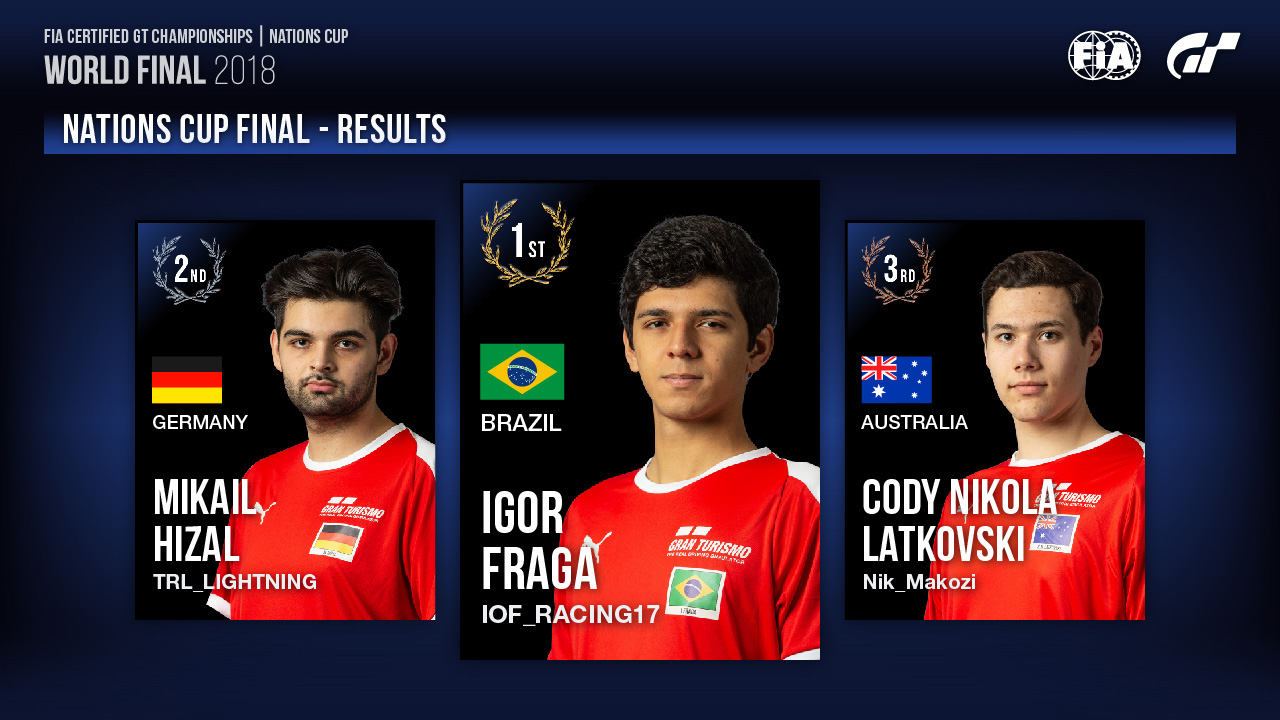 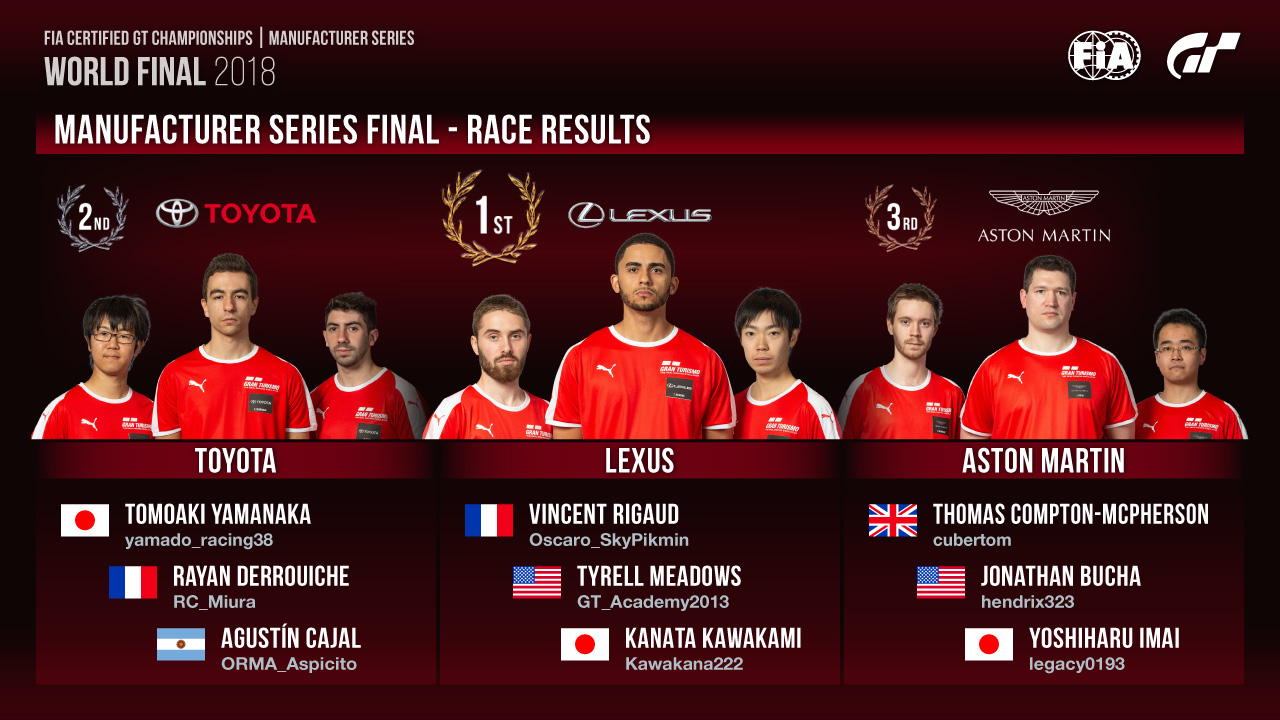 We hope you continue to enjoy Gran Turismo Sport.