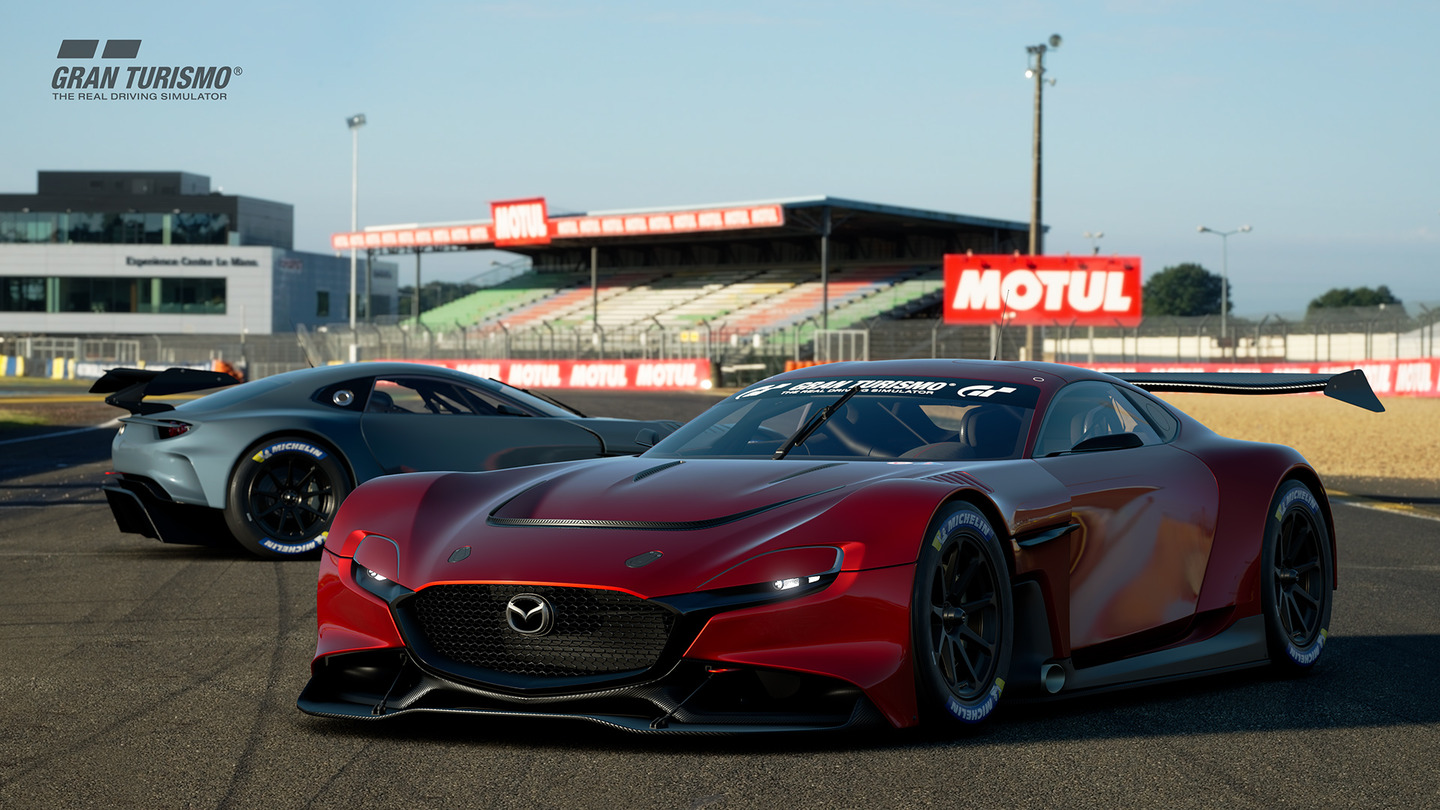 The Mazda RX-VISION GT3 CONCEPT, a new generation rotary-powered racecar introduced on Gran Turismo Sport in May 2020, is now owned by more than 500,000 players worldwide. The car was made even more popular with two special events - a Time Trial and a Livery Contest - which commemorated Mazda's centennial anniversary.

To gauge user feedback of the MAZDA RX-VISION GT3 CONCEPT, Gran Turismo, in collaboration with Mazda, is conducting a survey, asking those with opinions on the vehicle to participate. As a "thank you" for completing the questionnaire, you will receive 300,000 Cr. for use in Gran Turismo Sport.

The reward will be distributed to the same PlayStation™Network account used to complete the survey.

How to Claim Your Reward

During the reward period, log in to Gran Turismo Sport using the same PlayStation™Network account used to complete the survey. A notification about your reward will appear on the Top Screen, and the in-game credits will be automatically added to your account.