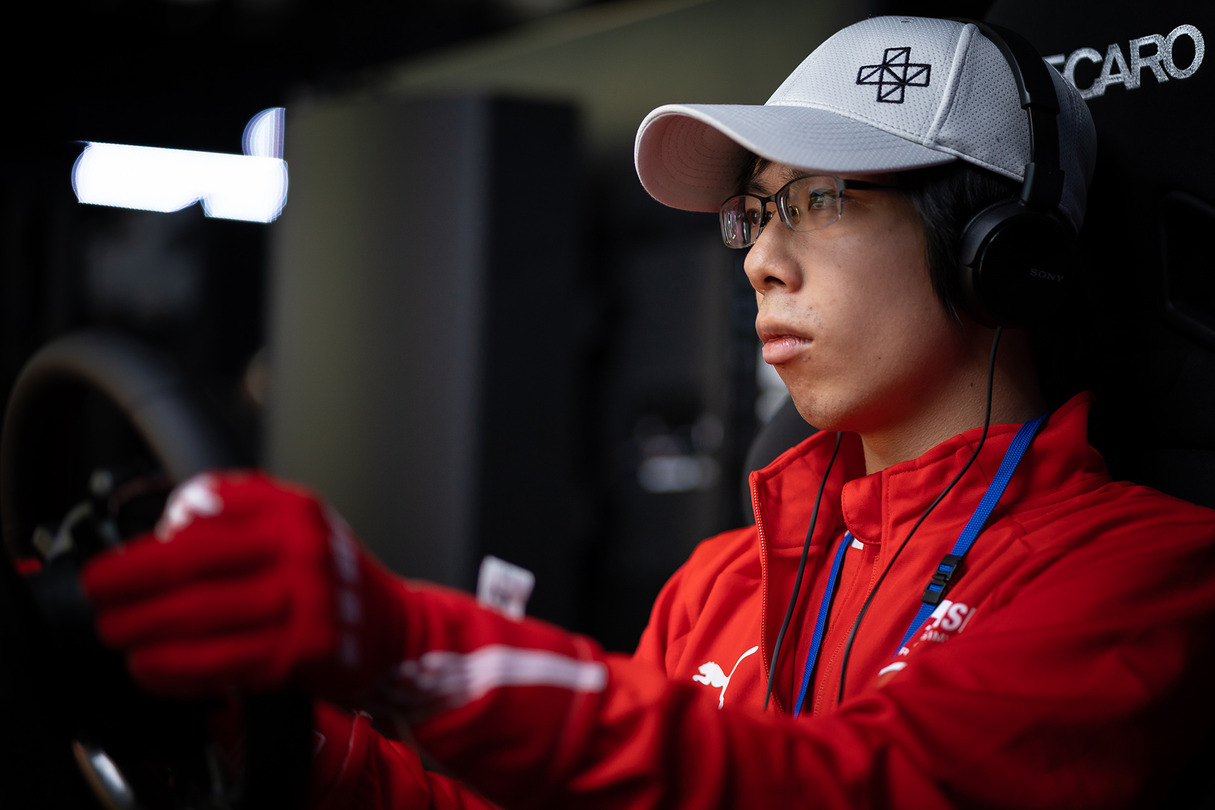 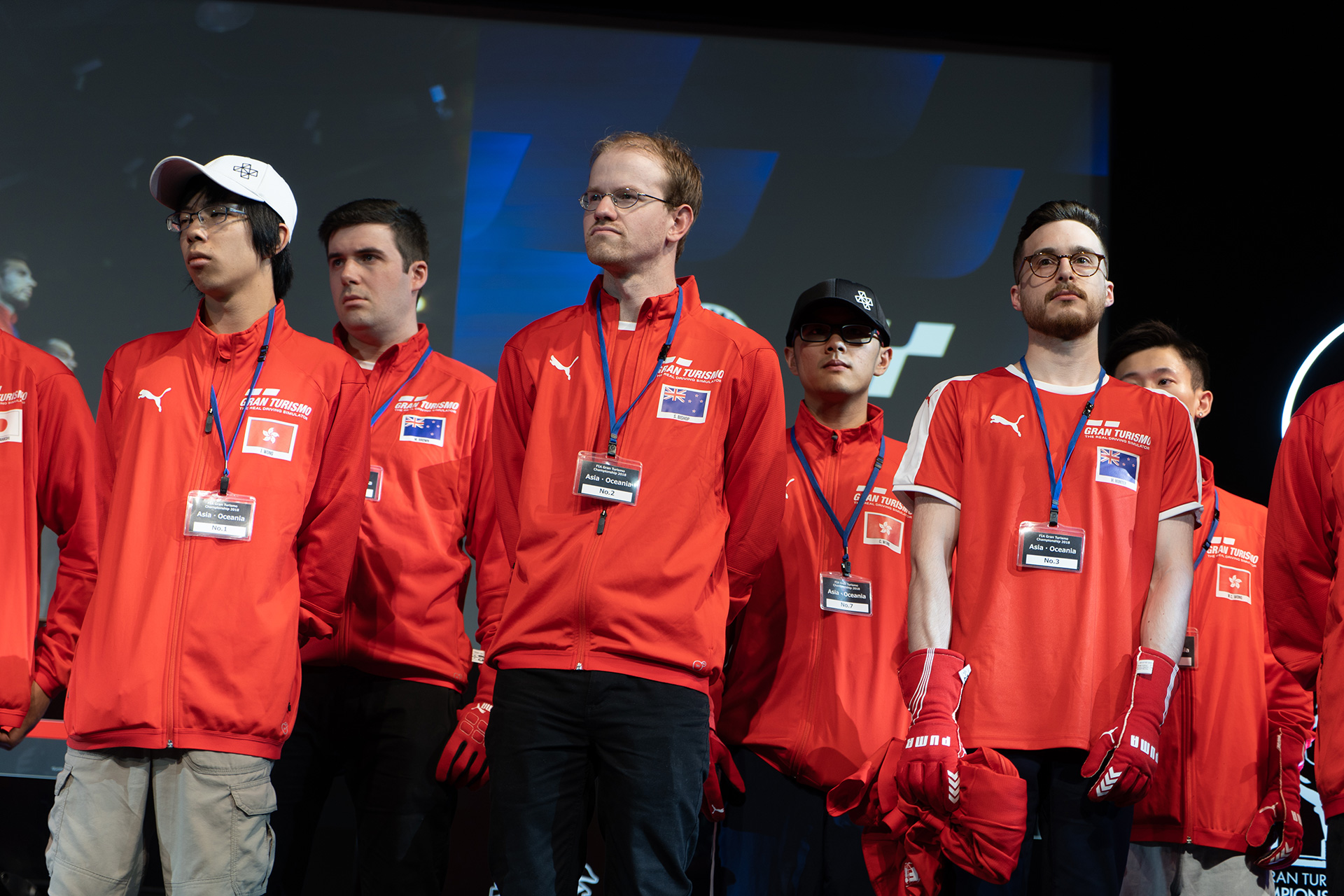 The first block of the Asia/Oceania Regional Final of the "FIA Gran Turismo Championship 2018 Nations Cup" saw some intense moments as 10 competitors representing Hong Kong, Taiwan and New Zealand went wheel-to-wheel to see which two drivers would advance to the World Final. Those who couldn't crack the top two spots would get another chance in the repechage bracket.

The players contested in Gr.3 cars on the challenging "Kyoto Driving Park – Yamagiwa II" track. The odds-on-favorite was Hong Kong’s Jonathan Wong (saika159) who had shown incredible speed during the Online Series. In Season 2 of the 2018 Series, he took out the best of Japan to take the season title.

In this race, tire strategy was at the forefront as the drivers were required to use three different compounds: Hard, Medium, and Soft. Those who made up the top six positions opted to start with Medium compound tires. 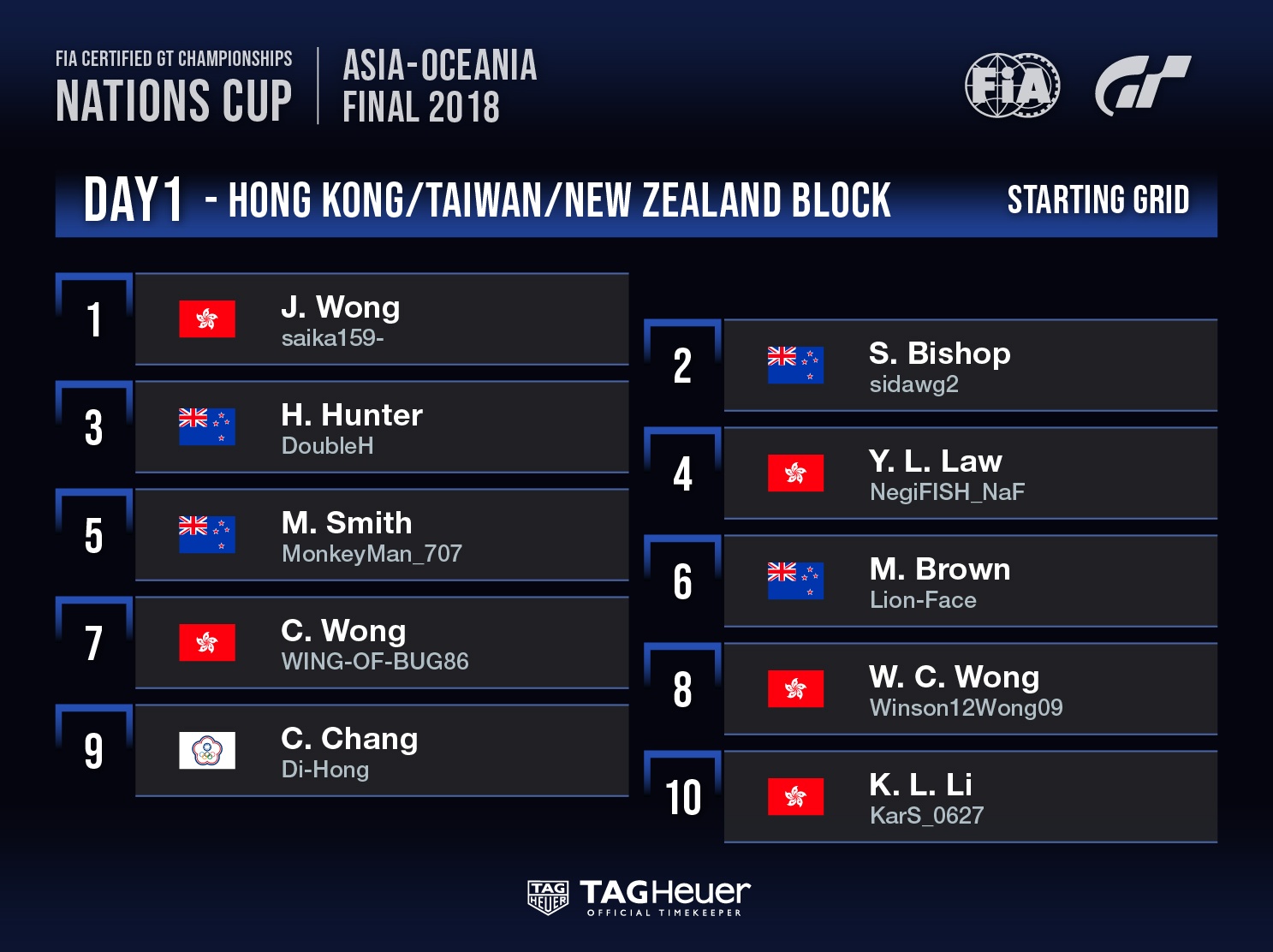 The starting grid for the race was determined by the players’ online rankings. And as predicted, saika159 sat on pole. 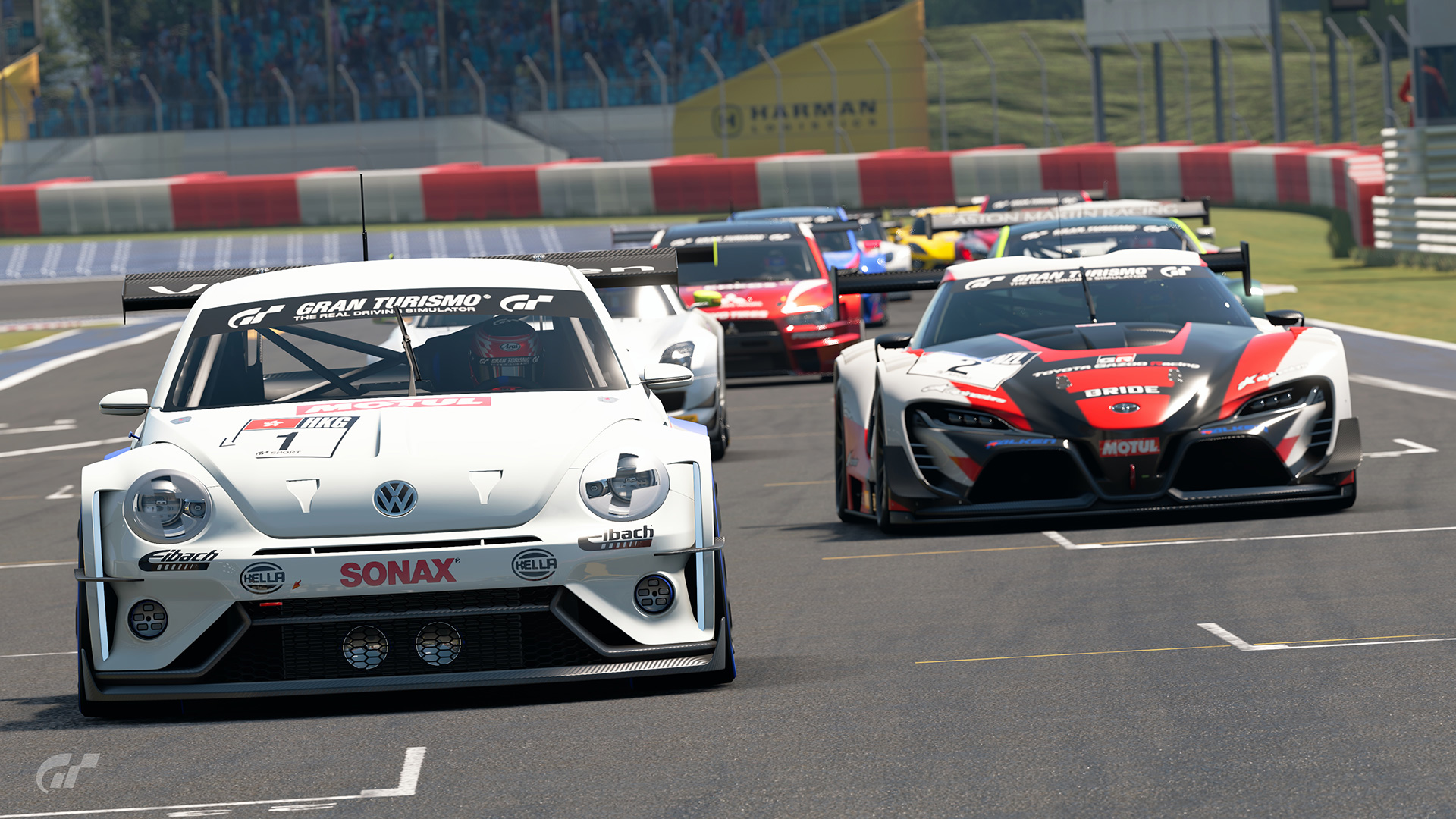 After a clean start, saika159 was the first to reach Turn 1, followed closely by Simon Bishop (sidawg2) from New Zealand driving an FT1 Gr.3. Another Hong Kong driver, Yat Lam Law (NegiFISH_NaF) in a Vantage GT3, moved up a position from 4th to 3rd place. 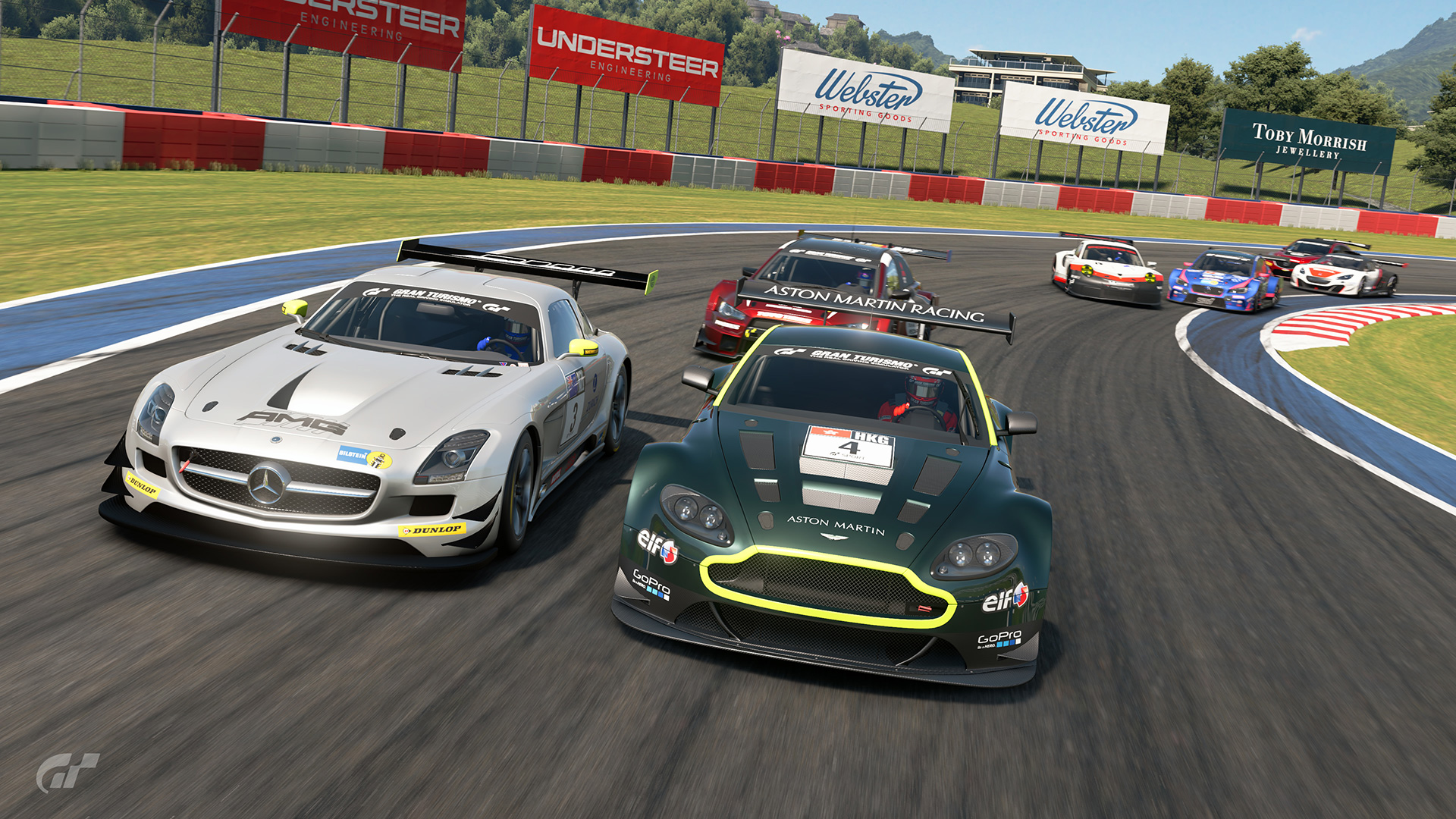 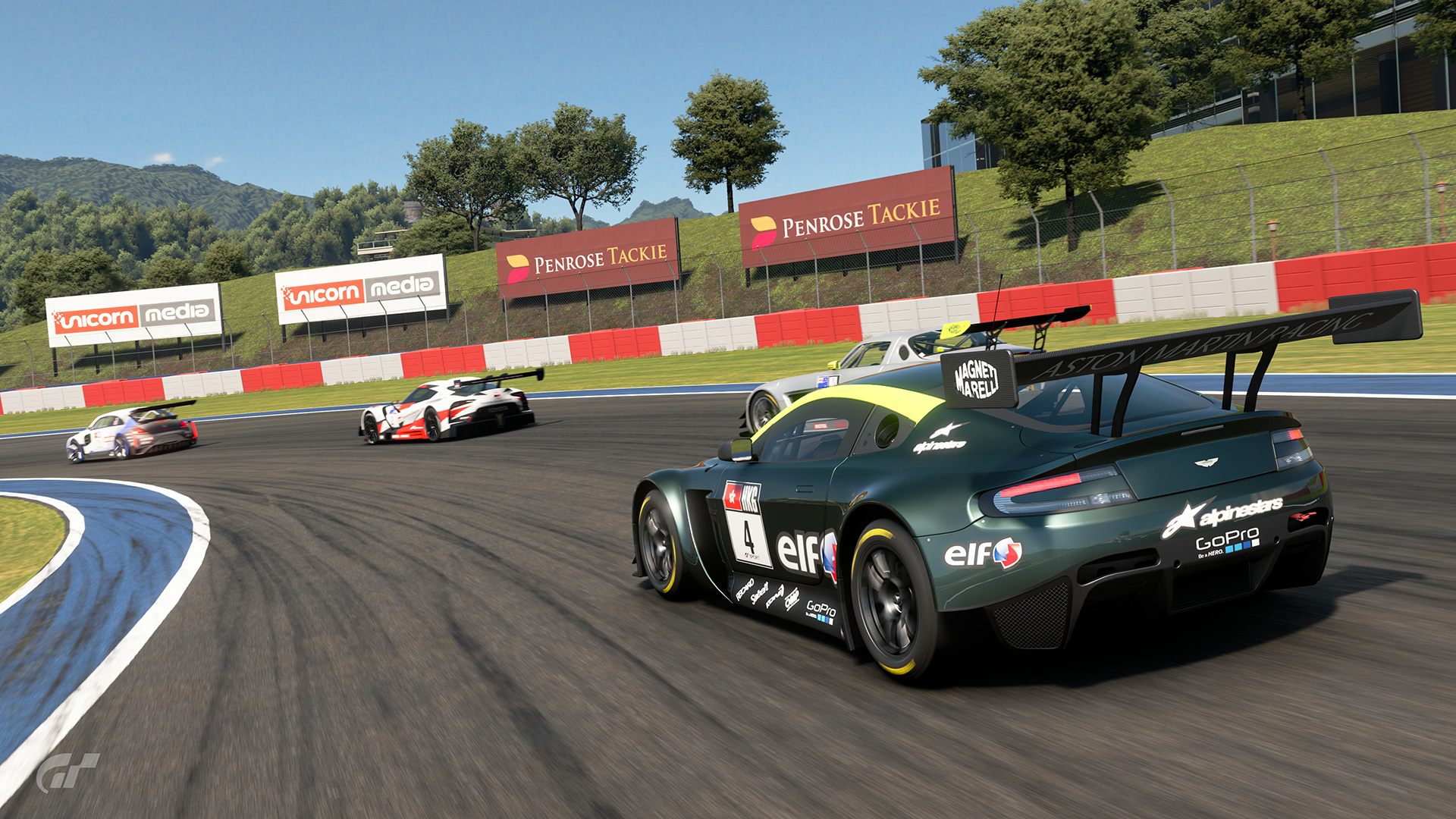 On the 5th Lap, the top three cars dove into the pits, where saika159 and NegiFISH_NaF switched to Hard compound tires. 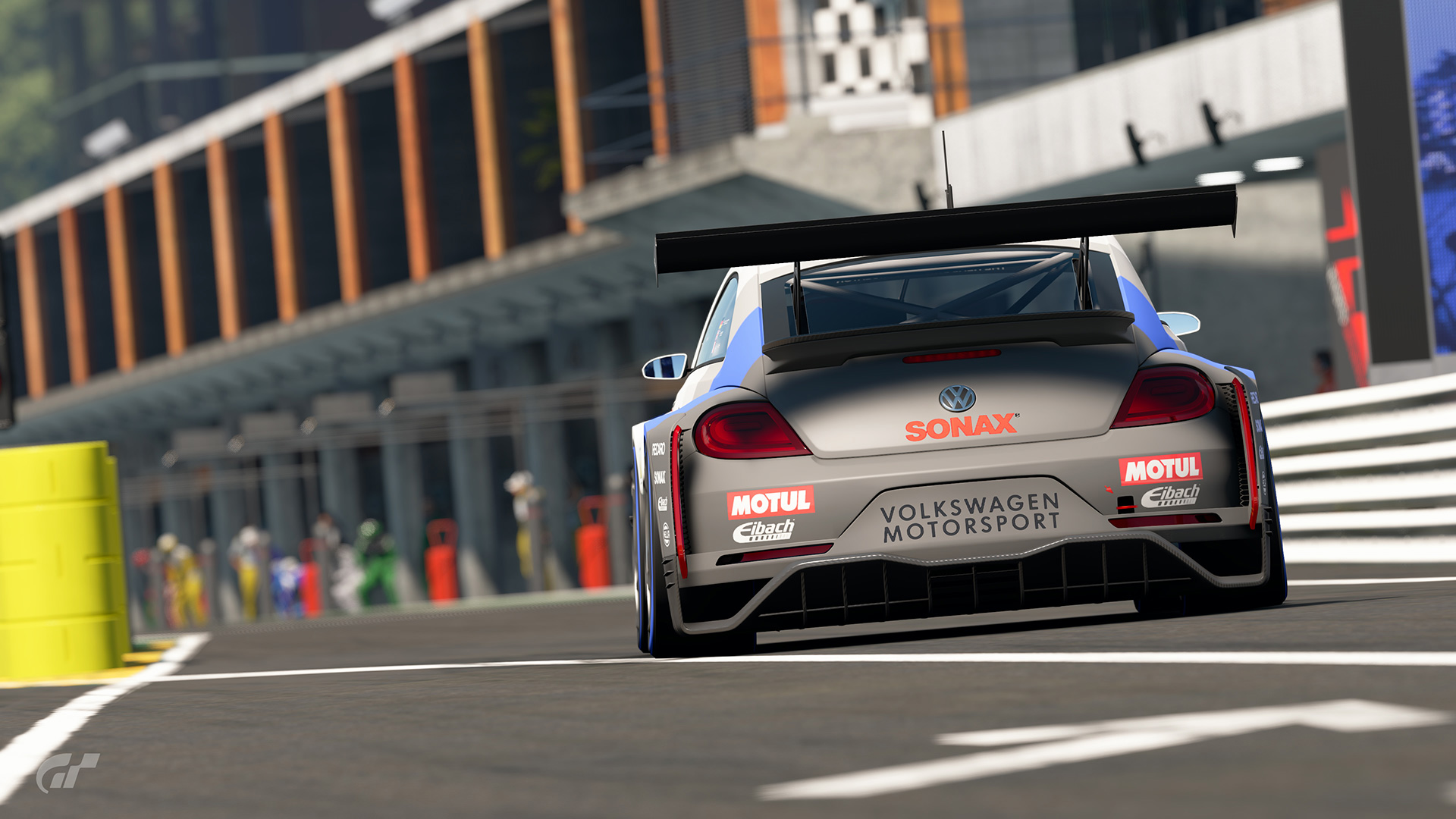 The 3rd place car, driven by sidawg2, opted to go with a different strategy, switching to Soft compound tires. The stickier rubber allowed him to quickly overtake NegiFISH_NaF and move up to 2nd place.

But once NegiFISH_NaF himself switched to Soft compound tires later in the race, he reclaimed 2nd place. In the meantime, saika159 dropped a few positions as well, but he grabbed back the lead when he switched to the softer rubber late in the race. 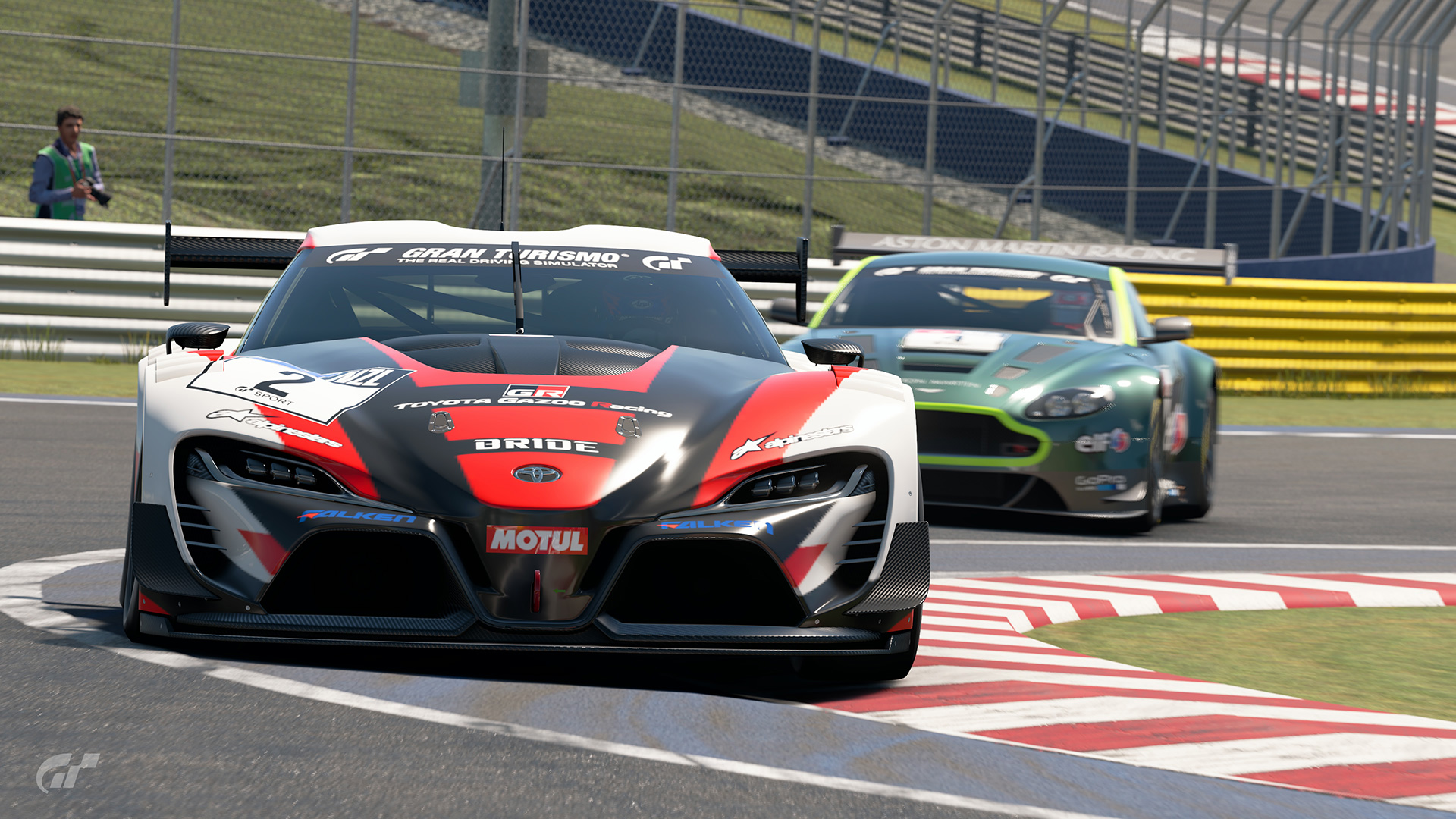 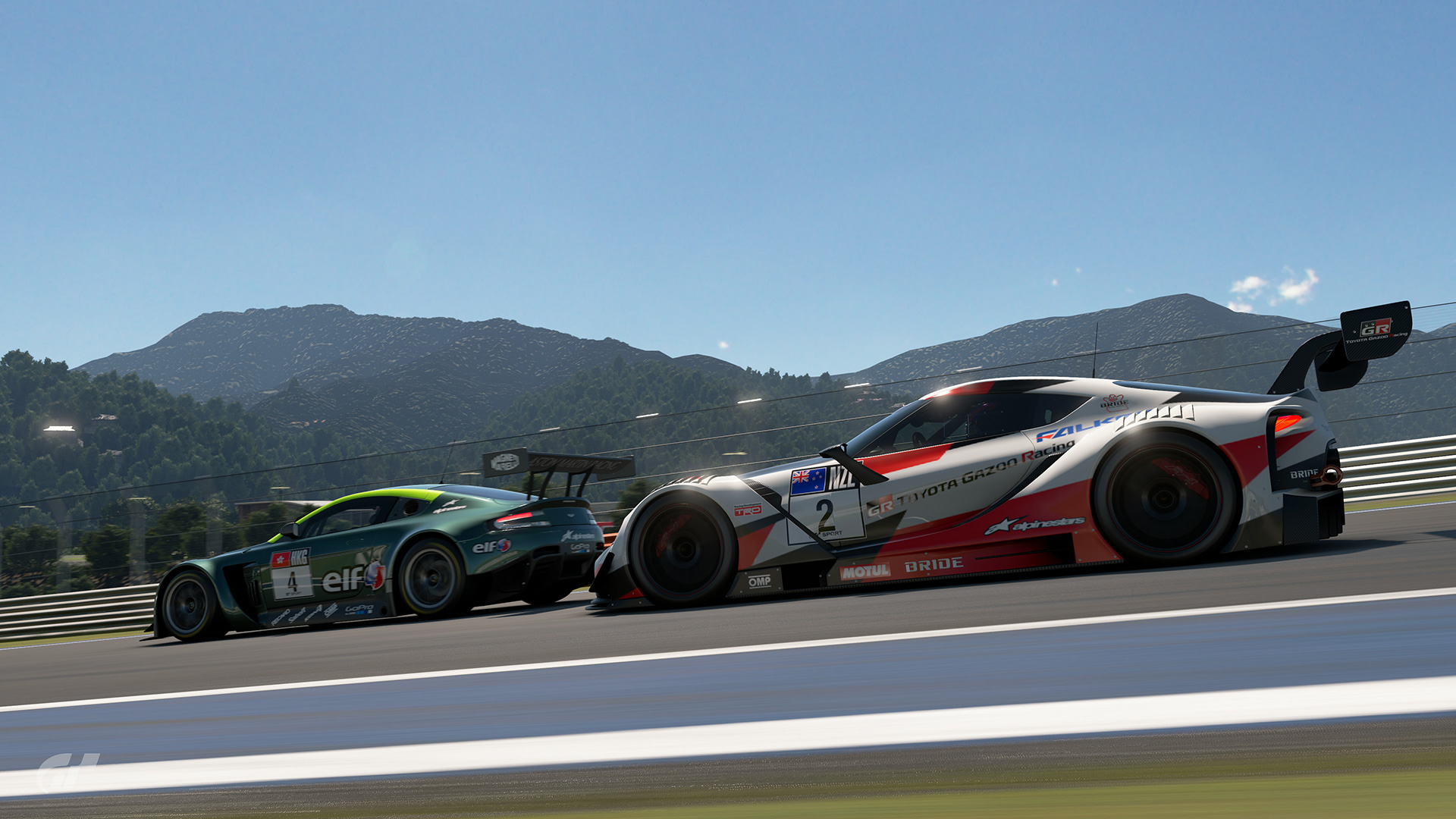 With a steady-yet-quick pace, Hong Kong’s saika159 took the checkered flag, running a brilliant race. He lived up to the reputation of being one of the elite drivers of the world, and now he has a chance to prove how he ranks with the best of the best in World Final. 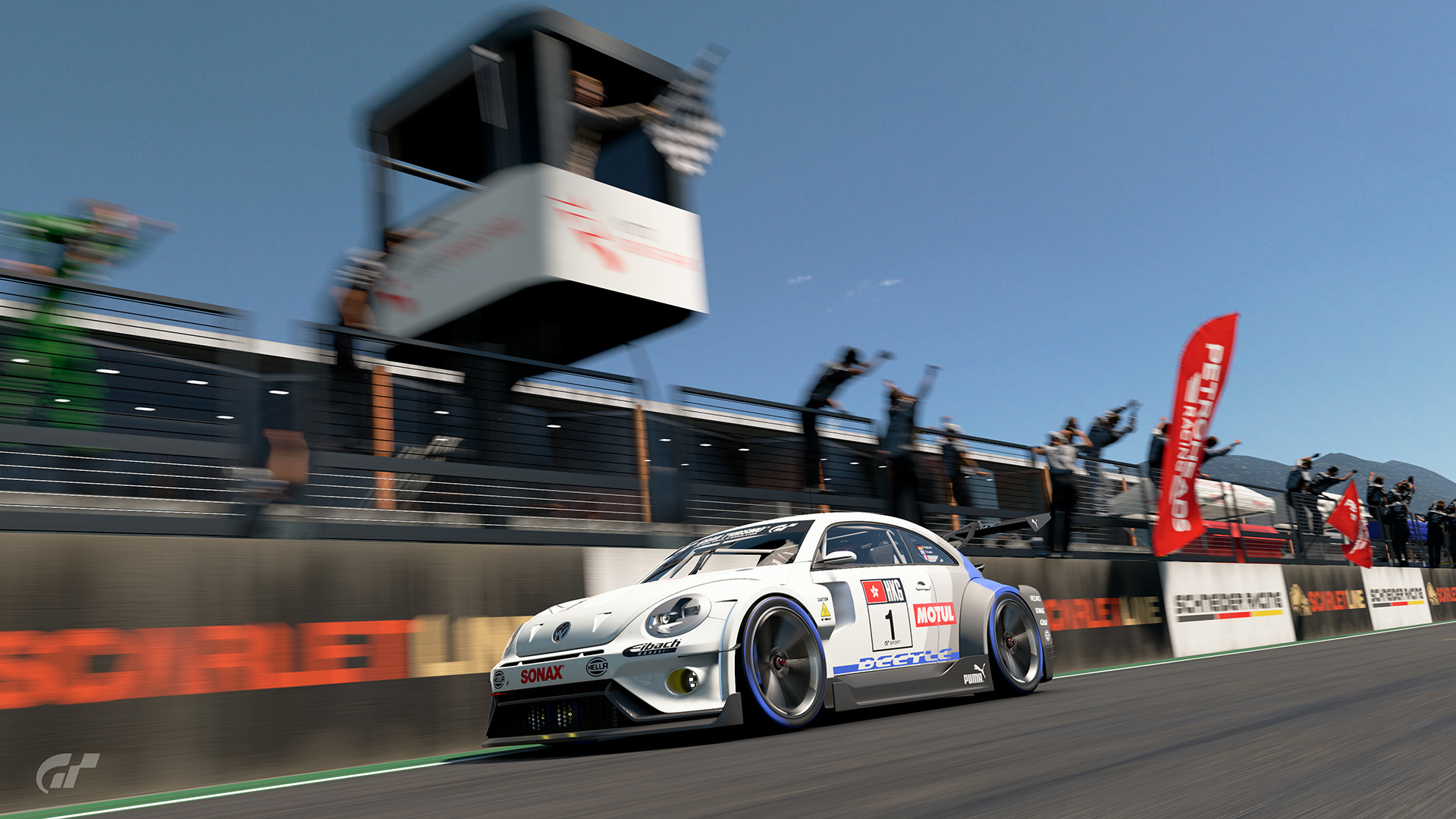 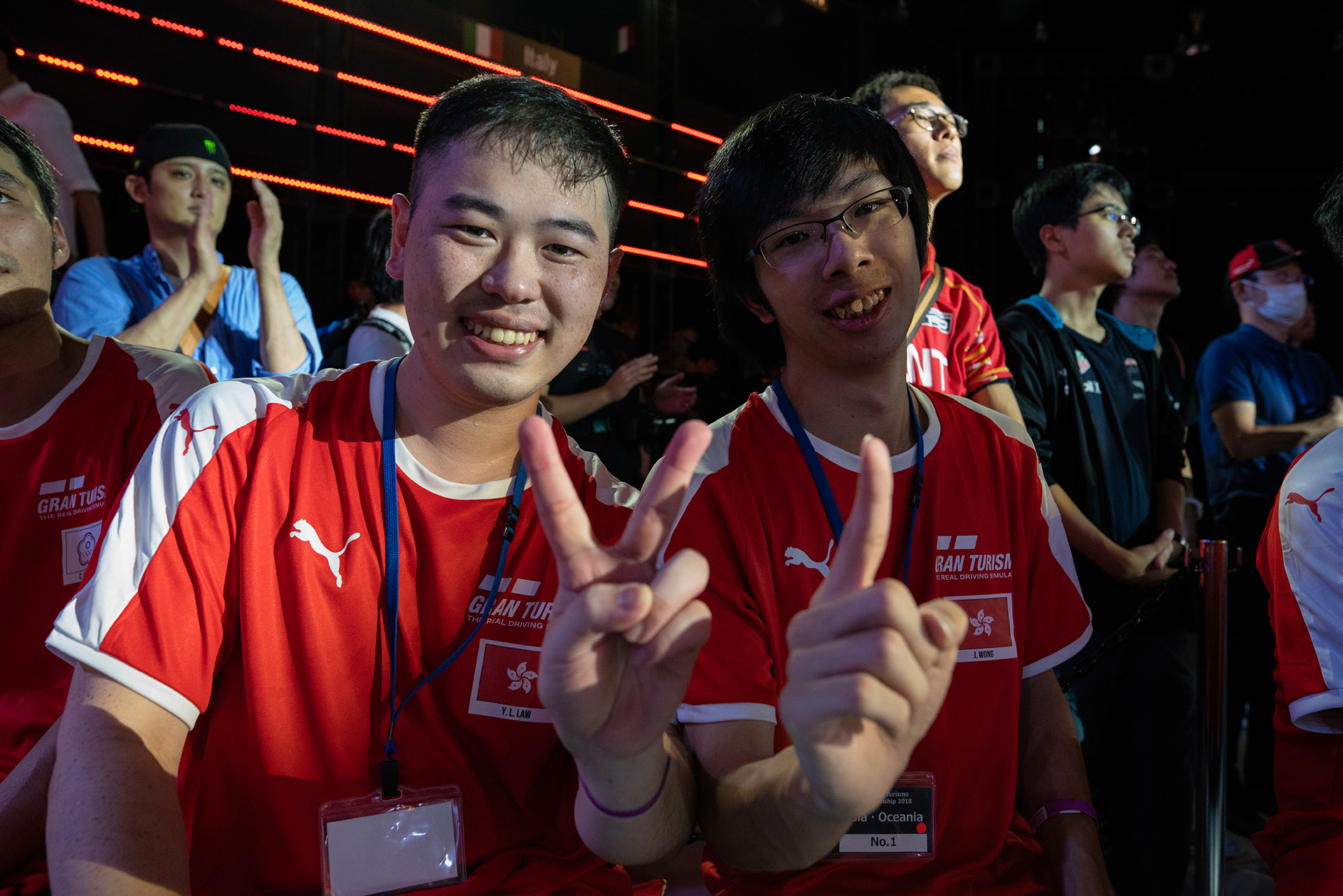 Finishing 2nd was NegiFISH_NaF, giving Hong Kong a 1-2 finish. Coming in 3rd place was New Zealand’s sidawg2, who still had a chance to make the World Final in the repechage competition. 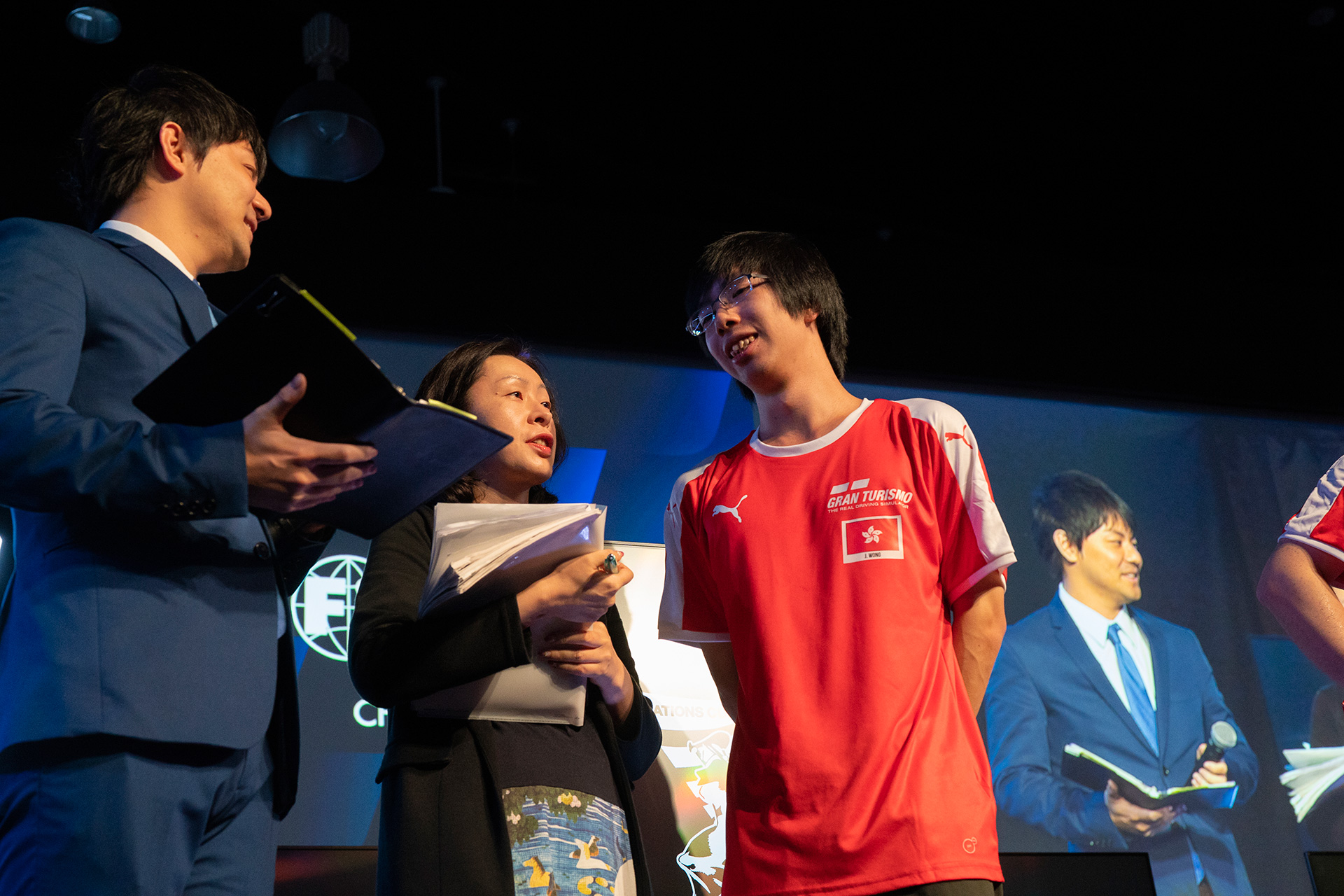 "I’m very pleased to have achieved a pole-to-win finish in the first race. Of course, it’s a ticket to the World Final, but it was also a very important race to show-off the high level of Hong Kong’s competitors. At the start of the race I felt a lot of pressure from New Zealand’s Simon. With him behind me I had to drive a very defensive line and had no choice but to drop my pace. But on Lap 2, he made a mistake and a gap opened between us, so I was able to start really pushing it on the record line. After the last pit stop I came back into race right behind the top two cars. But I had switched to the soft tires, so I thought all I have to do is find a spot where they are slower and I should be able to overtake them easily. Within the last three laps, I was able to take back 1st place and finish with an eight second difference." 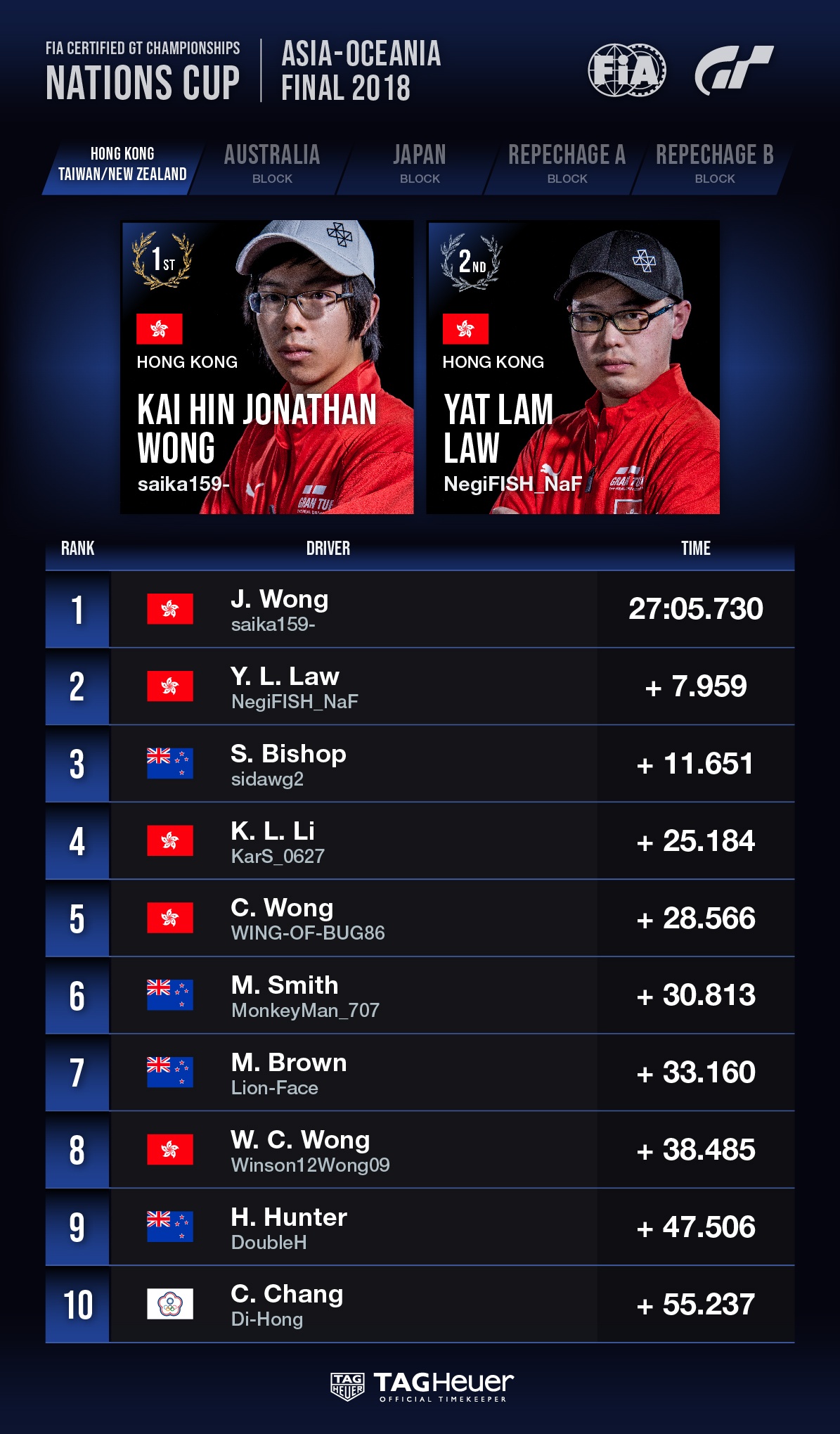