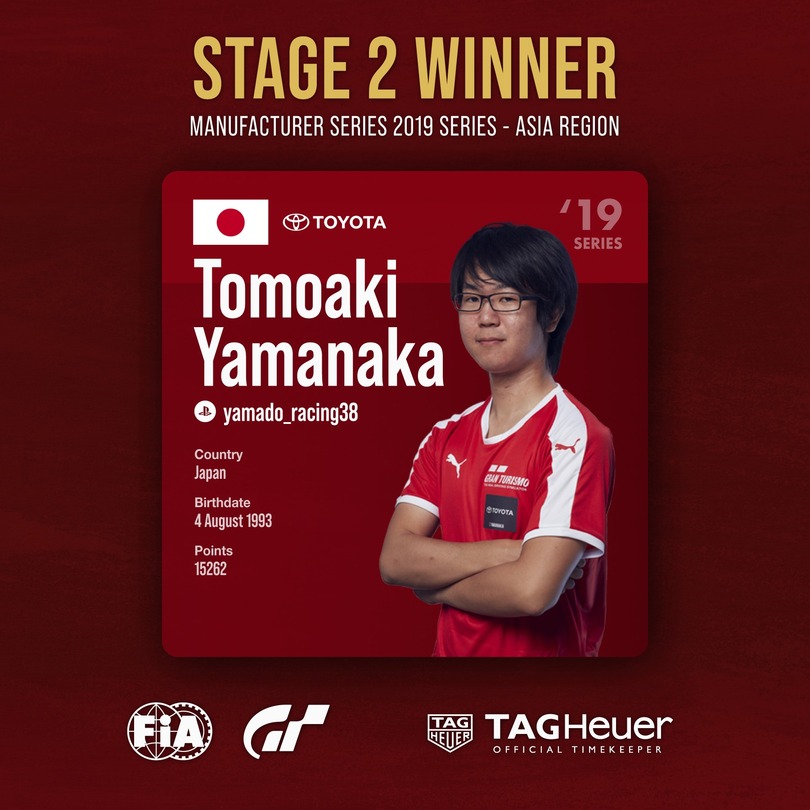 Stage 2 of the 2019 Manufacturer Series got underway on August 3rd, with Toyota (yamado_racing38) leading the points table after the first stage.

In sharp contrast to this, Lexus (SG_Kawakana), who had been hoping to score heavily in order to qualify for the World Tour, were unable to add to their total at all, despite managing decent scores in several rounds. Their fate therefore hung in the balance heading into the final round.

Mazda (Akagi_1942mi) took pole position with a time of 1'43.811, while Lexus (SG_Kawakana) had to settle for third place on the grid as they sought a much-needed victory. Toyota (yamado_racing38), the overall series leader, started way back in seventh place, but managed to fight their way up to fourth by the end of the first lap. Mazda (Akagi_1942mi) increased their lead in the early stages of the race, while Lexus (SG_Kawakana), in third position, were unable to close the gap on Audi (Tatsukt) in second place. Indeed, the gap between second and third actually widened.
Most of the leading pack had opted for a one-pit strategy, with only the leader, Mazda (Akagi_1942mi), choosing not to take a pit stop. This would prove to be the correct choice, and even when the race came down to a sprint on the ninth lap, Mazda (Akagi_1942mi) were able to display great skill in holding off their challengers to go pole-to-win and grab the points required to move up to third place overall.
Lexus (SG_Kawakana) were unable to increase their pace as they'd have liked, and ended the race as they'd started it, in third place. This, unfortunately, was not good enough for them to qualify for the World Tour.
Toyota (yamado_racing38), on the other hand, may have finished the last race in fourth place, but picked up plenty of points in the preceding rounds, consolidating their grip on first place overall. yamado_racing38, very much the face of Toyota in this Manufacturer Series, had dominated the second stage just as he had the first.