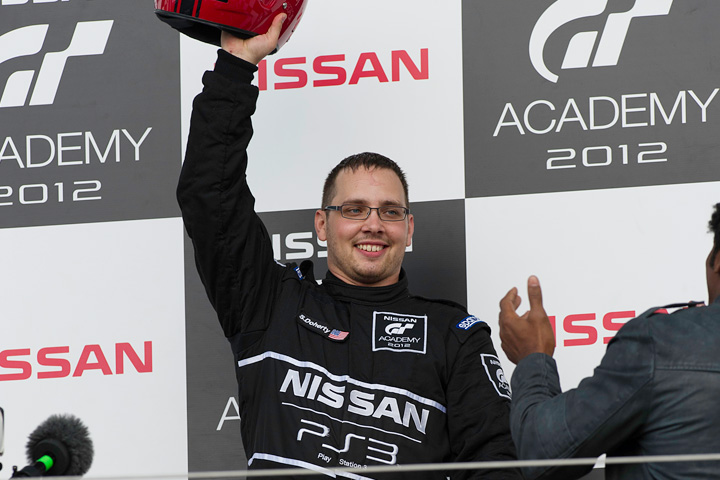 The 2012 season of GT Academy proved to be the most competitive season to date as more than 400,000 across North America participated in the online qualification through a special Gran Turismo GT Academy download from the PlayStation Store.

32 drivers arrived at San Diego in July where they competed head-to-head in virtual challenges with Gran Turismo 5, racing on various circuits for top points. 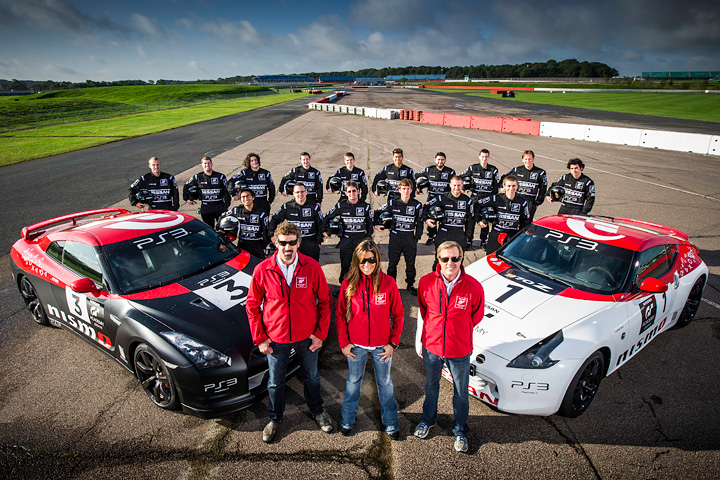 Following the National Finals, 16 gamers arrived in Silverstone with little knowledge of what to expect. This was immediately apparent upon arrival as the lineup of esteemed judges that greeted them changed as well

Hall of fame driver and Indy 500 Champion, Danny Sullivan is joined by Maryeve Dufault, kart champion and first Canadian born woman in the Nascar Nationwide series. Boris Said, a two-time 24HR Daytona Champion – The only American to ever win the 24HR Nurburgring.

The top 16 drivers started the week with a benchmark lap time challenge with a Nissan 370Z on Silverstone – Stowe Circuit. Only 14 survived at the end of the day. Their fitness levels were then pushed to the limits through a Quadrathlon, followed by a test of car control with a custom designed drift challenge where gamers had to knock down 8 targets in figure 8 patterns. 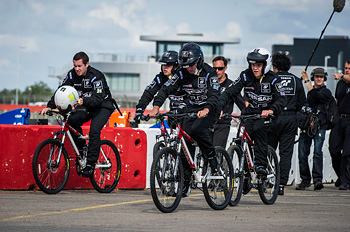 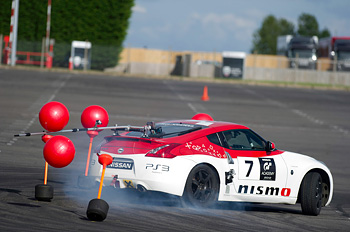 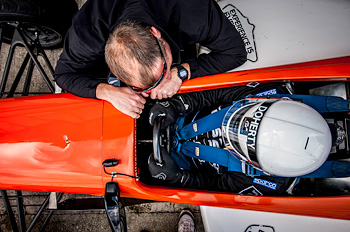 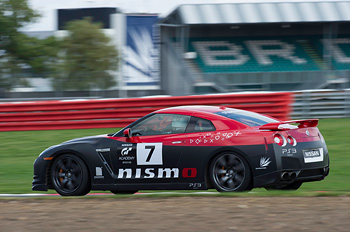 By the end of the second day, only 10 gamers remained

The highlight of the week arrived when gamers were placed in aerobatic plane, testing their physical ability to sustain g-forces. The planes were capable of going 200mph, pushing up to 6 positive Gs at the limit.

The in-car challenges became real at the end of day 3 as each gamer was faced with a passing challenge with “Godzilla”, the 530HP Nissan Skyline GT-R. The goal was simple; there are 4 cars on track, 3 with instructors. The gamer in the 4th car starts at the back of the pack and he must get to the front within 3 laps on the Stowe Circuit.

Following the 3rd benchmark lap time challenge on Stowe Circuit, Steve Doherty and Matt Cresci were placed in a dogfight, gamer with the fastest time would stay, and slower time goes home. Marked as one of the most memorable dog fights on GT Academy history, Doherty walked away with the crowing victory by establishing the record lap on the Stowe Circuit amongst all previous GT Academy drivers

At the end of the week, after beating out 400,000 competitors, 4 gamers remained, and they were only one race away from being the next GT Academy Champion and professional race driver for Nissan. 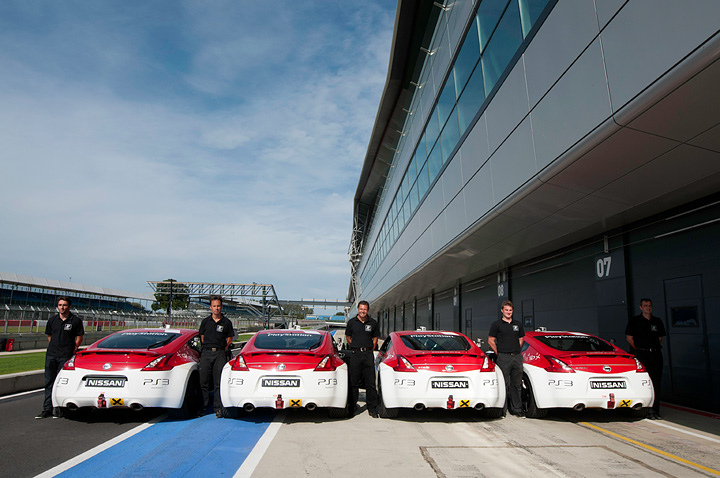 On green flag, Chandler got away clean at the start, but he made a mistake and missed 2nd gear, giving Doherty and Cobb the open opportunity to take 1st and 2nd before turn 1.

Doherty was able to gain a healthy bit of lead and dominated the first half of the race. Then on lap 7, Cobbs made a critical mistake and Chandler retook the lead in 2nd, and able to gain traction on Doherty by being half a second faster on the following lap. But catching and passing him are two different things.

Coming into the last turn, Chandler was able to get close, but Steve Doherty crossed the checkered flag through a 10-lap race on the National Circuit to become the 2012 GT Academy Champion. 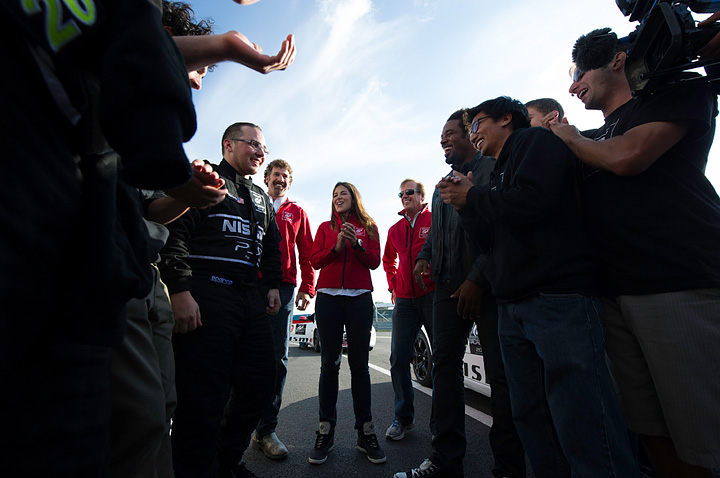 Following a rigorous training program in the UK, Doherty went on to compete at the 24HR Dubai with his fellow GT Academy Champions in Nissan 370Z GT4 racecars. His 2013 racing season continued with the Blancpain race series where he further gained experience driving on Monza, Nurburgring, and GT3 at Spa.